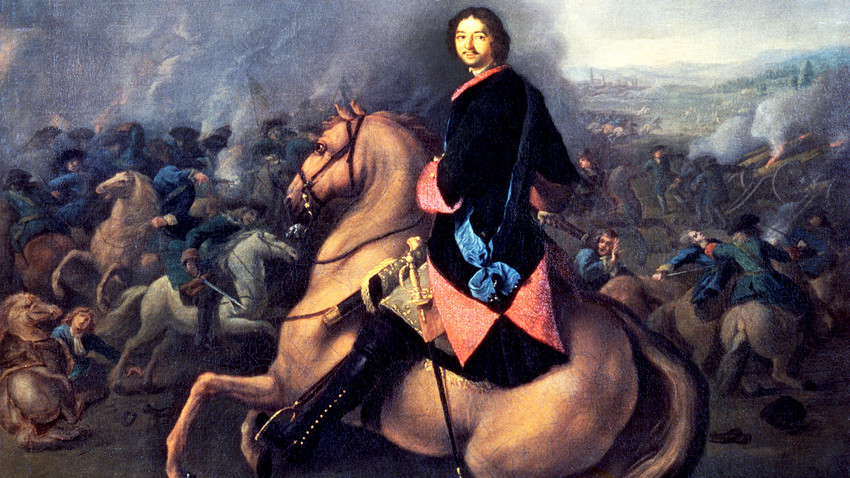 Johann Gottfried Tannauer, Peter I in the Battle of Poltava, 1710s.

Global Look Press
The Great Northern War with Sweden turned little-known Muscovy into a global superpower - the Russian Empire. It was during this conflict that Russia won its first naval victory and the Russian Guard was born.

1. Europe referred to Russia as an empire before it became one 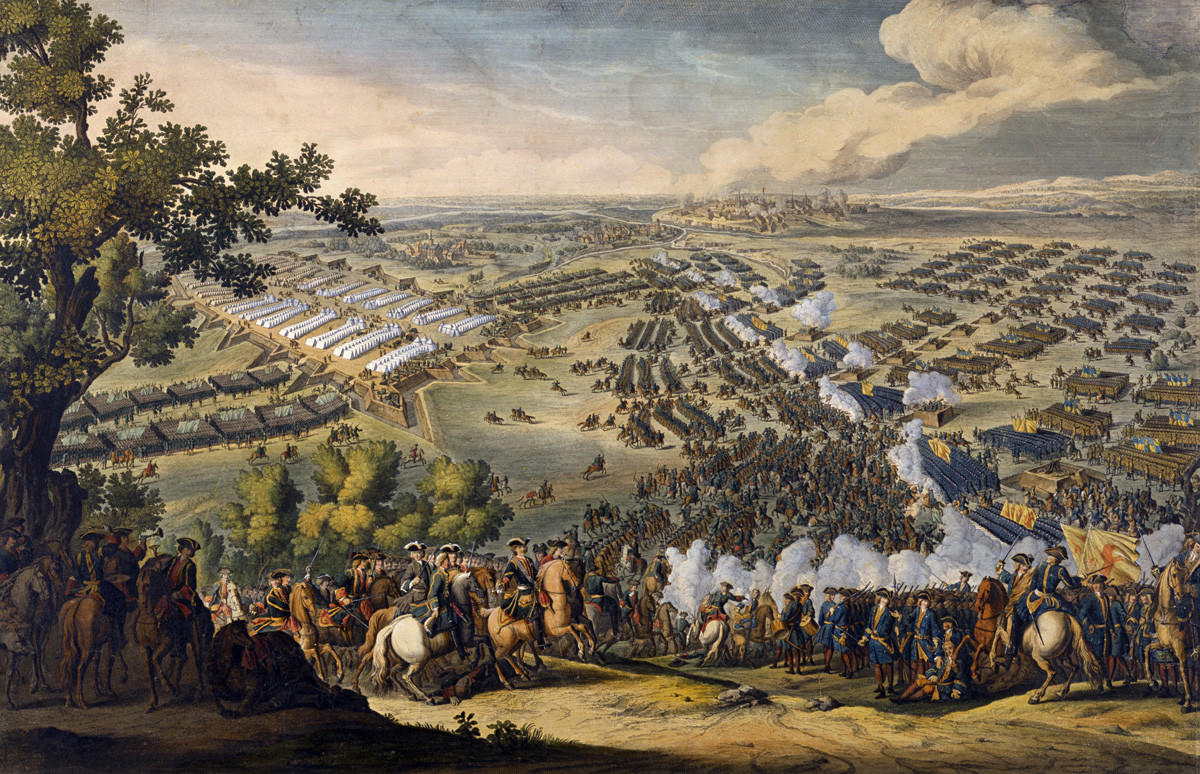 The Battle of Poltava, engraved by one of the Nicolas Larmessin family, 1709.

The victory in the decisive Battle of Poltava in 1709 became a sensation in Europe: The wild Russian bear had managed to defeat the powerful Swedish lion. An obscure duchy of Muscovy, located on the outskirts of Europe, suddenly became the center of attention for leading European powers.

Despite the fact Peter I only took the title of emperor after the end of the Great Northern War in 1721, Europeans started calling Russia an empire after the victory at Poltava.

The Great Northern War enabled  Russia to replace Sweden as the dominant power in Eastern Europe. Having seized vast territories in the Baltic region, established a stronghold on the Baltic Sea, and created a strong army and navy, Russia presented itself as a new force to be reckoned with. 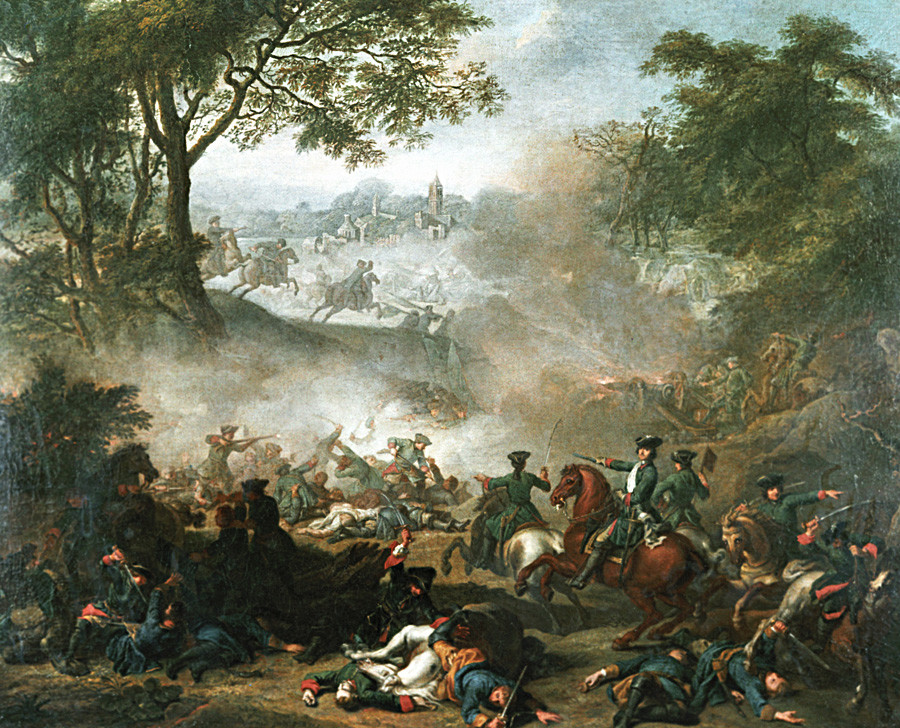 Battle of Lesnaya by Jean-Marc Nattier

At the very start of the war in 1700, Russian and Swedish troops had a minor skirmish near Pskov. During the attack, the Swedish cavalry suddenly came up against unusual opponents - Kalmyk camel riders.

Kalmyks, a nomadic people from southern Russia, served as irregular troops in the Russian army. Their sudden cavalry raids caused havoc in the rear and flanks of the Swedish army. They sometimes rode camels into battle too.

Frightened by the sight of those exotic animals, the Swedish horses fled. The victory was then secured by Kalmyk horse riders who appeared from behind the camels.

3. The birth of the Russian Guard 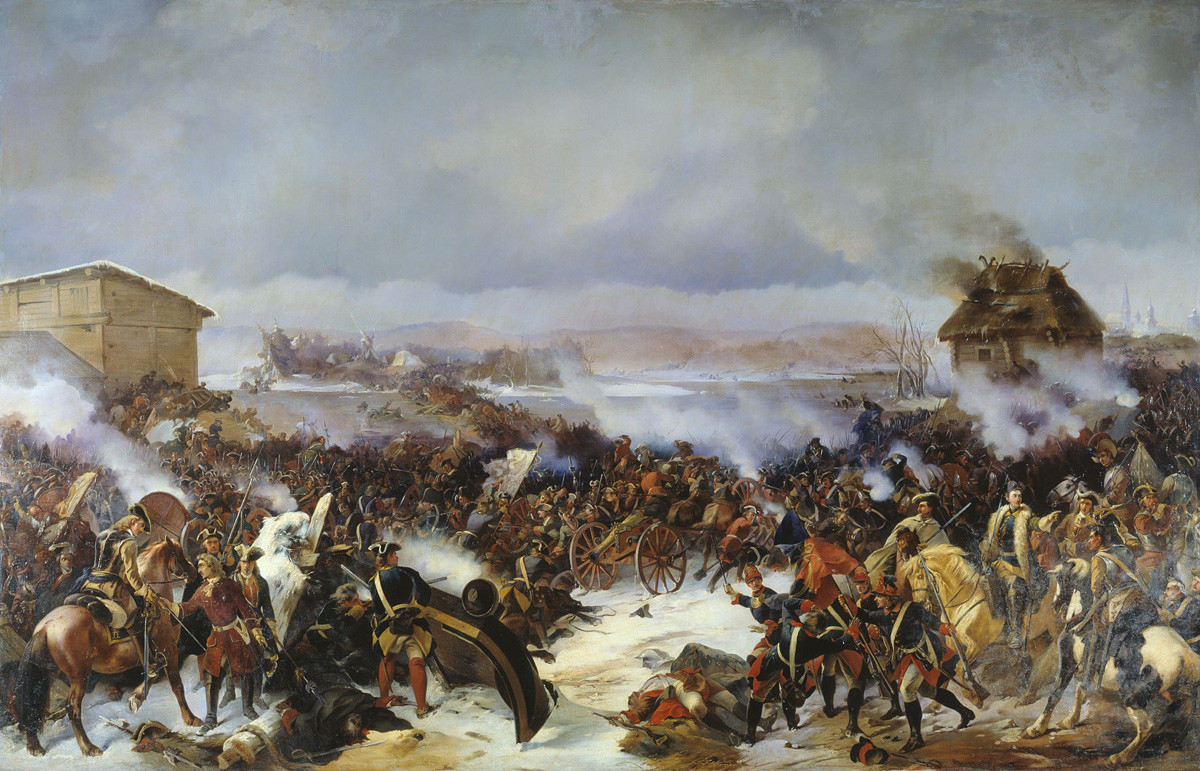 Alexander von Kotzebue. The Battle of Narva on 19 November 1700.

Russia’s Tsar Peter I had started  creating his elite units a few years before the start of the war with the Swedes. The Preobrazhensky and Semyonovsky regiments were European-style military units - they were new for Russia and compared favorably with the outmoded Streltsy units.

On Sept. 2, 1700, Peter I gave the regiments the official title of the Leib-Guard and in November they faced a difficult test - the first major battle with the army of Swedish King Charles XII near Narva.

The battle turned out to be a devastating defeat for the Russian army: Thousands of soldiers killed, panic and chaos everywhere, officers surrendering en masse. The only exception were the Guard regiments, which, maintaining the battle order, for three hours repulsed the Swedish onslaught in a disciplined and steadfast manner, which ultimately saved the army from complete destruction.

Peter I generously rewarded his guardsmen, making them the striking force of the Russian army. He also ordered them to replace their green stockings with red ones to symbolize that they fought "knee-deep in blood."

4. The Swedes asked the Russians to sell them arms 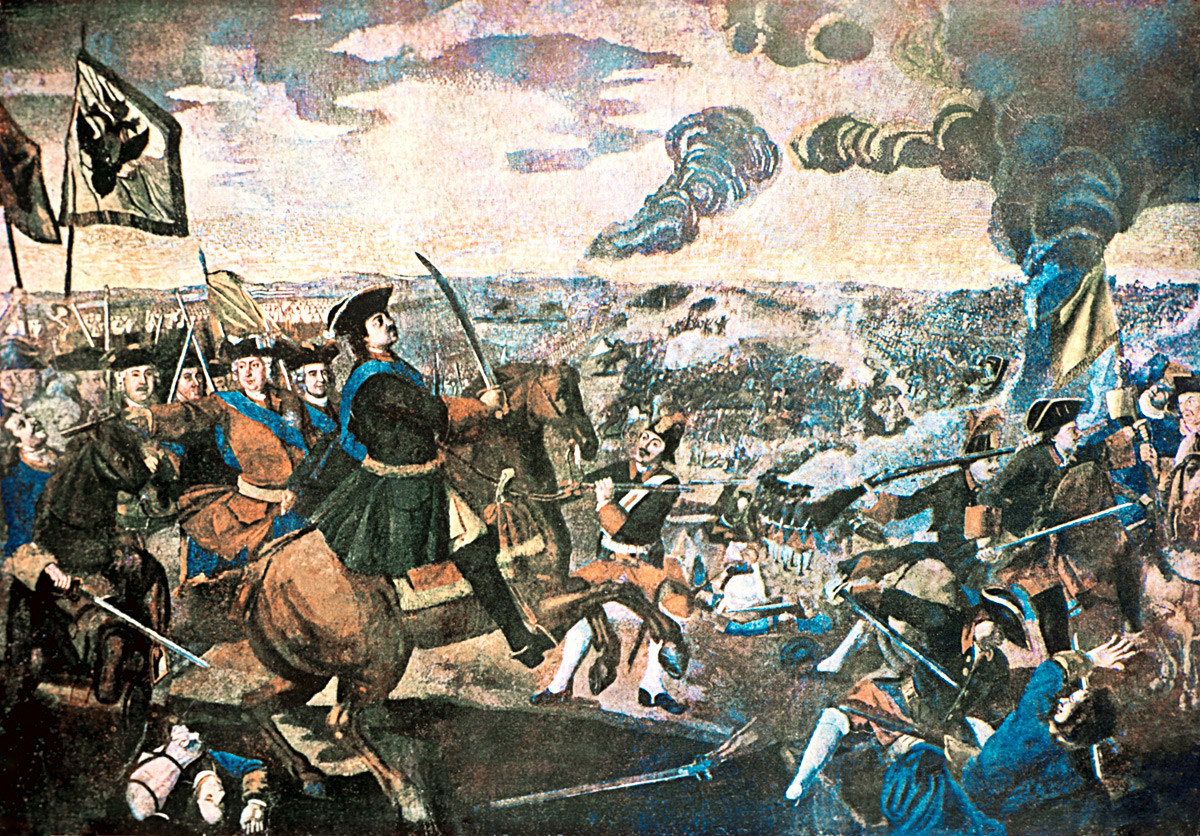 The Battle of Poltava, a mosaic by Mikhail Lomonosov

The Great Northern War was marked by unprecedented cruelty and bitterness between the warring parties, yet it witnessed many paradoxical and comical incidents too.

Several months before the defeat of the Swedish army in the Battle of Poltava, Charles XII and Peter I held their first peace talks, which ended in a stalemate. However, during the talks the Swedish envoy passed a personal request from the King of Sweden to the tsar.

Charles XII complained to Peter I that his troops could not provide themselves with food, that many soldiers were sick, and that his Polish allies were charging too much for supplies. Therefore, Charles XII wrote that he would be grateful if the Russians could sell him grain, wine, medicines, gunpowder, and lead at an affordable price.

Peter I refused to arm the enemy but sent them – free of charge – three carts of grain, two of wine, and several carts loaded with medicines. 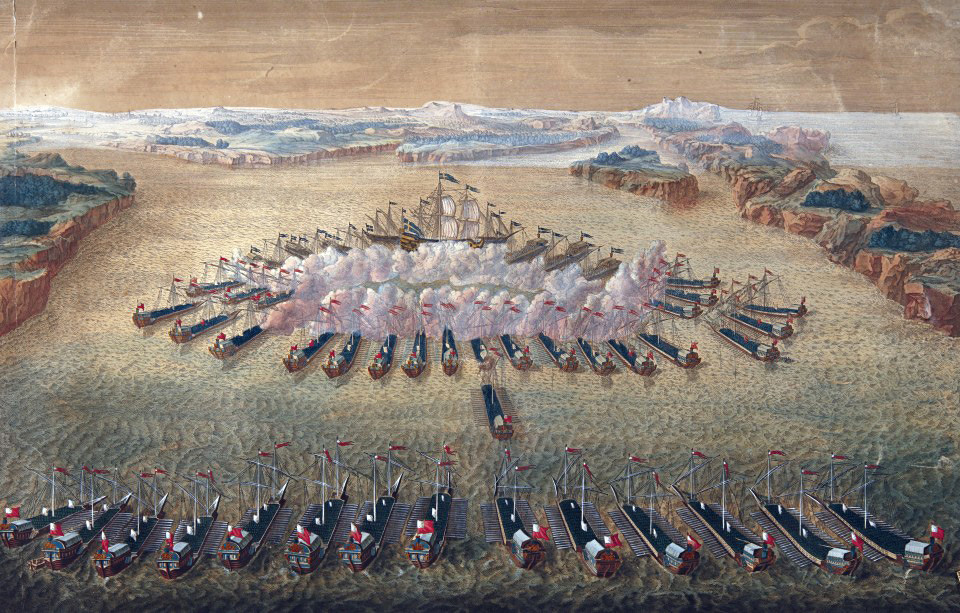 The large etching of the Battle of Gangut by Maurice Baquoi

By 1714, Russia had enjoyed some serious successes in the war – it had already conquered central and southern Finland. However, the Baltic Sea was under the enemy's complete control, and Moscow moved quickly to change this.

On Aug.  7, at Cape Gangut (modern-day Hanko), nearly two dozen Russian galleys attacked a detachment of 10 Swedish ships led by the pramm Elefanten (“Elephant”), a large flat-bottomed artillery vessel. Taking advantage of the calm weather and what turned out to be a mistake by the Swedes, who had divided their forces, the Russians captured enemy ships by boarding them, and Peter I took part himself.

The victory was commemorated in St. Petersburg with a triumphal arch depicting an eagle sitting on the back of an elephant, with the inscription: "The Russian eagle does not catch flies."