3 U.S. presidents who relished a fight with the USSR 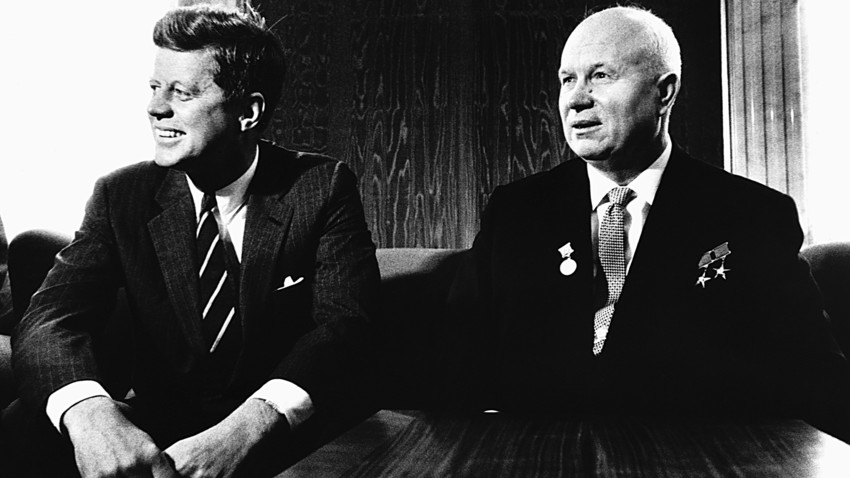 Getty Images
Throughout the entire Cold War, U.S.-Soviet relations were strained, but there were several American leaders who really wanted to turn up the heat. 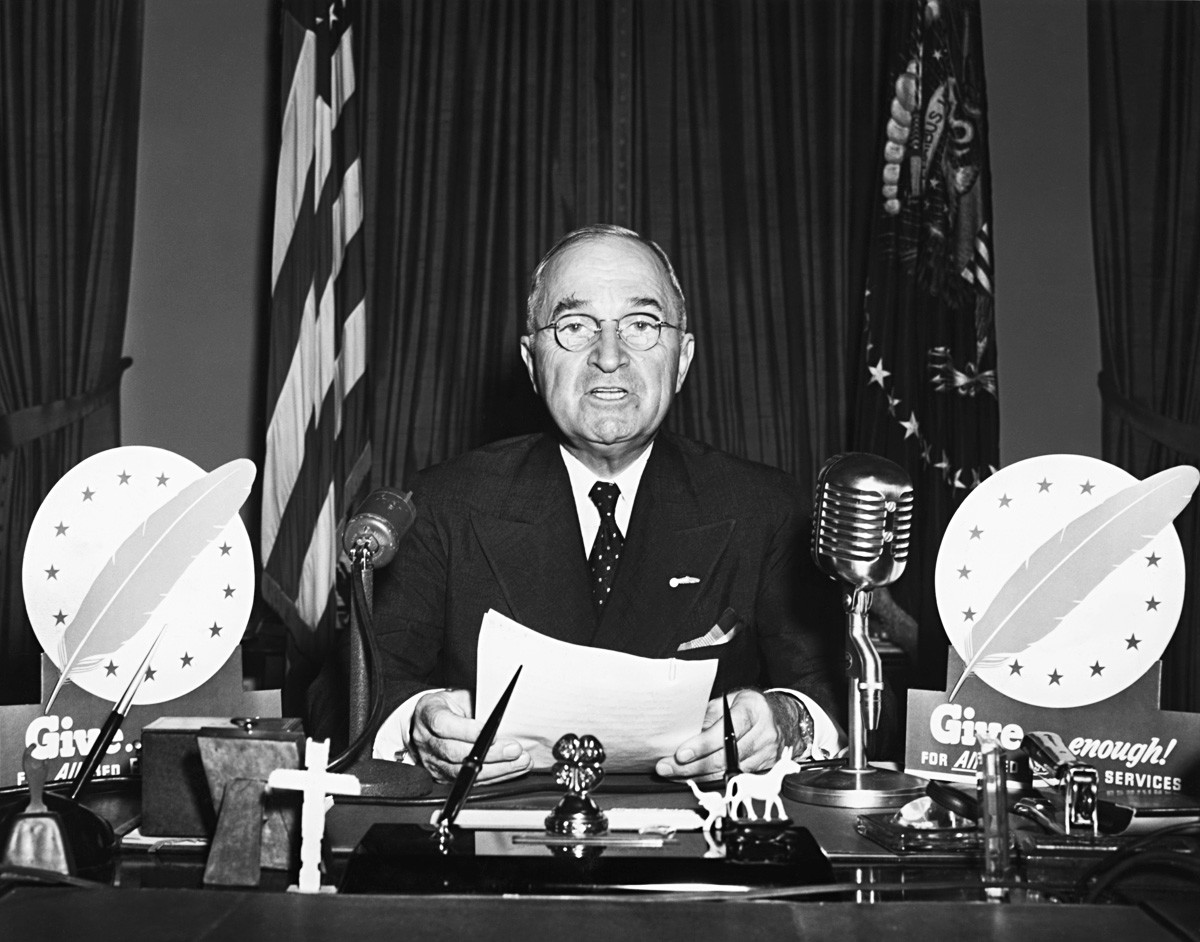 President Harry S. Truman speaks during a television address from the Oval Office

This statement was made by Senator Harry Truman in the summer of 1941, a week after Germany attacked the USSR, forcing the Red Army to retreat and suffer heavy losses. When he became president in April 1945 his attitude towards Moscow was no less hostile, despite the several years of common struggle against the Nazis.

Truman took office immediately following the death of Franklin D. Roosevelt who supported the idea of post-war cooperation between the great powers. Although Truman was FDR’s vice president, he didn’t share his boss’ views. In the words of Andrey Gromyko, a historian and son of the famous long-time Soviet foreign minister, “Truman did not believe in the international partnership of the “Big Three”: the USSR, the UK, and the U.S. He did not think that the national interests of the United States required cooperation between Moscow and Washington as strategic allies or even partners” (link in Russian).

Just two weeks after taking office Truman had a meeting with Soviet Foreign Minister Vyacheslav Molotov. The manner in which the American president addressed the Soviet official made the latter complain that nobody had talked to him like that in his entire life. Later, Molotov said the conversation ushered in a new era in relations between the two countries: the beginning of the Cold War 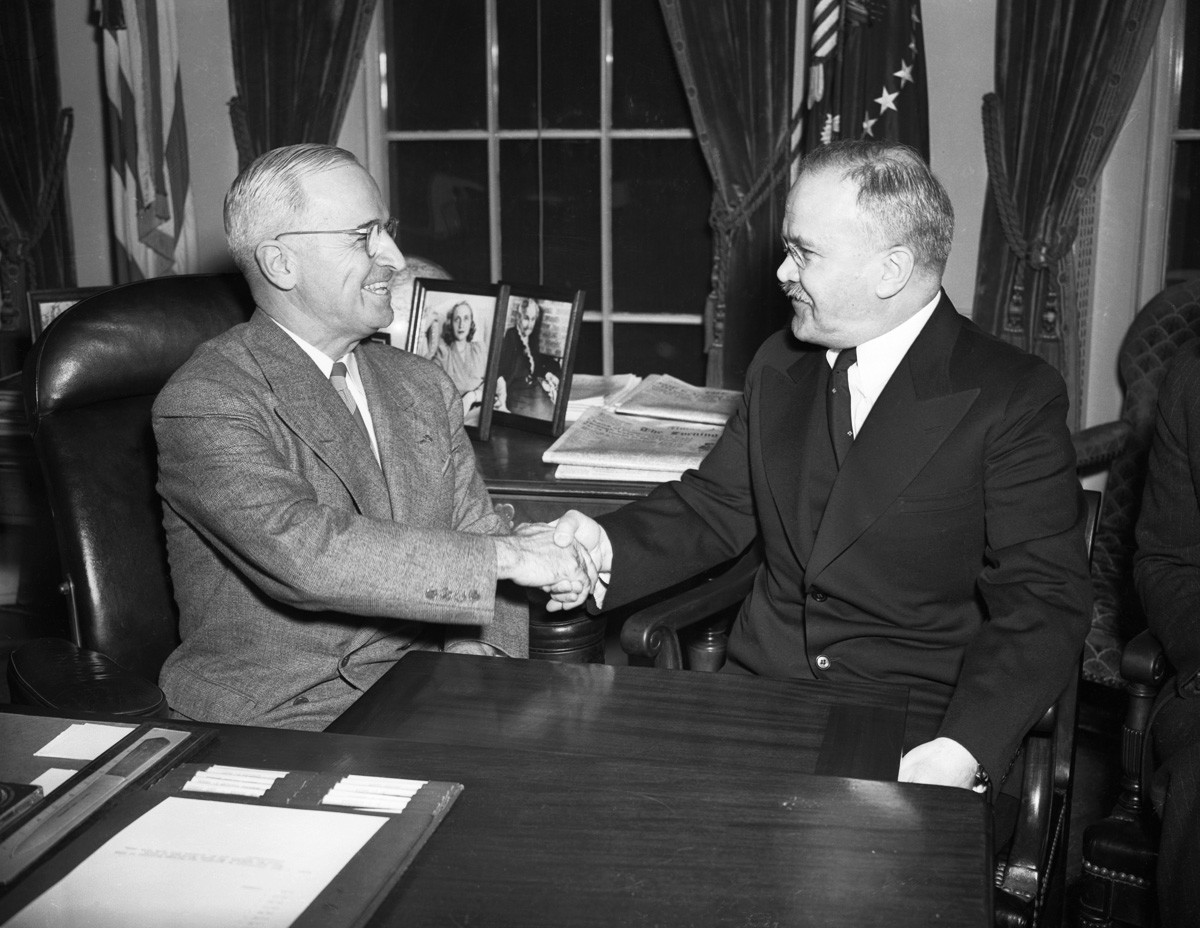 year later, Truman accompanied Churchill when he delivered his famous Fulton speech. Another year later, the president presented his foreign policy doctrine, aimed at containing the USSR, and which led to the creation of NATO.

The doctrine, according to historian Eric Foner, “set a precedent for American assistance to anticommunist regimes throughout the world, no matter how undemocratic, and for the creation of a set of global military alliances directed against the Soviet Union.”

The Soviet Union’s trouble with John F. Kennedy first centered on Cuba. Moscow wholeheartedly welcomed the Cuban revolution of 1959 and was deeply appalled by the CIA-orchestrated attempt to overthrow Fidel Castro in the 1961 Bay of Pigs invasion that was blessed by Kennedy. 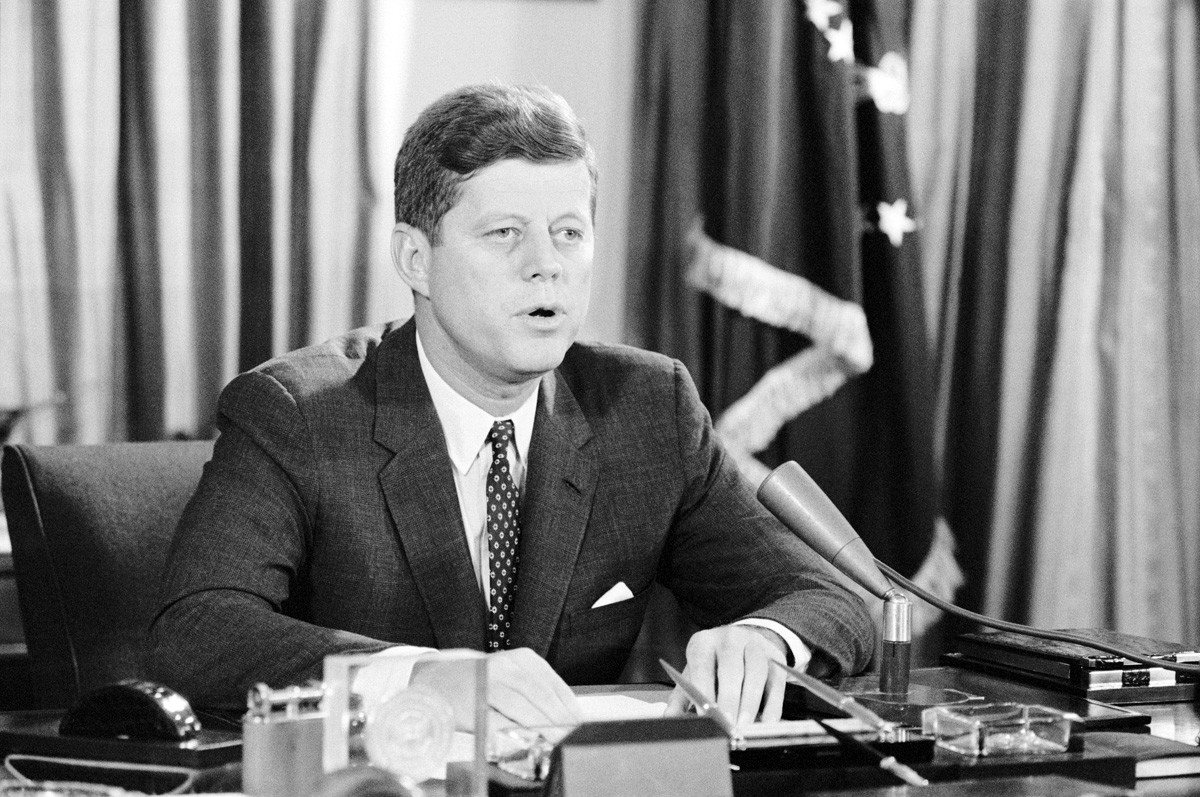 Next, Kennedy was not ready to budge on the issue of West Berlin’s status and to declare it a demilitarized free city, as Moscow proposed. The ensuing confrontation led to the stand-off at Checkpoint Charlie as American and Soviet tanks spent the night facing each other on Oct. 27, 1961, ready to start a new world war.

At the same time, after a personal meeting between Kennedy and Nikita Khrushchev in Vienna in 1961, the Soviet leader told a group of journalists that “the U.S. president is very very green.”

As one of these journalists later shared, the perceived immaturity of the American leader could have played a role in Khrushchev’s decision to send nuclear ballistic missiles to Cuba in 1962 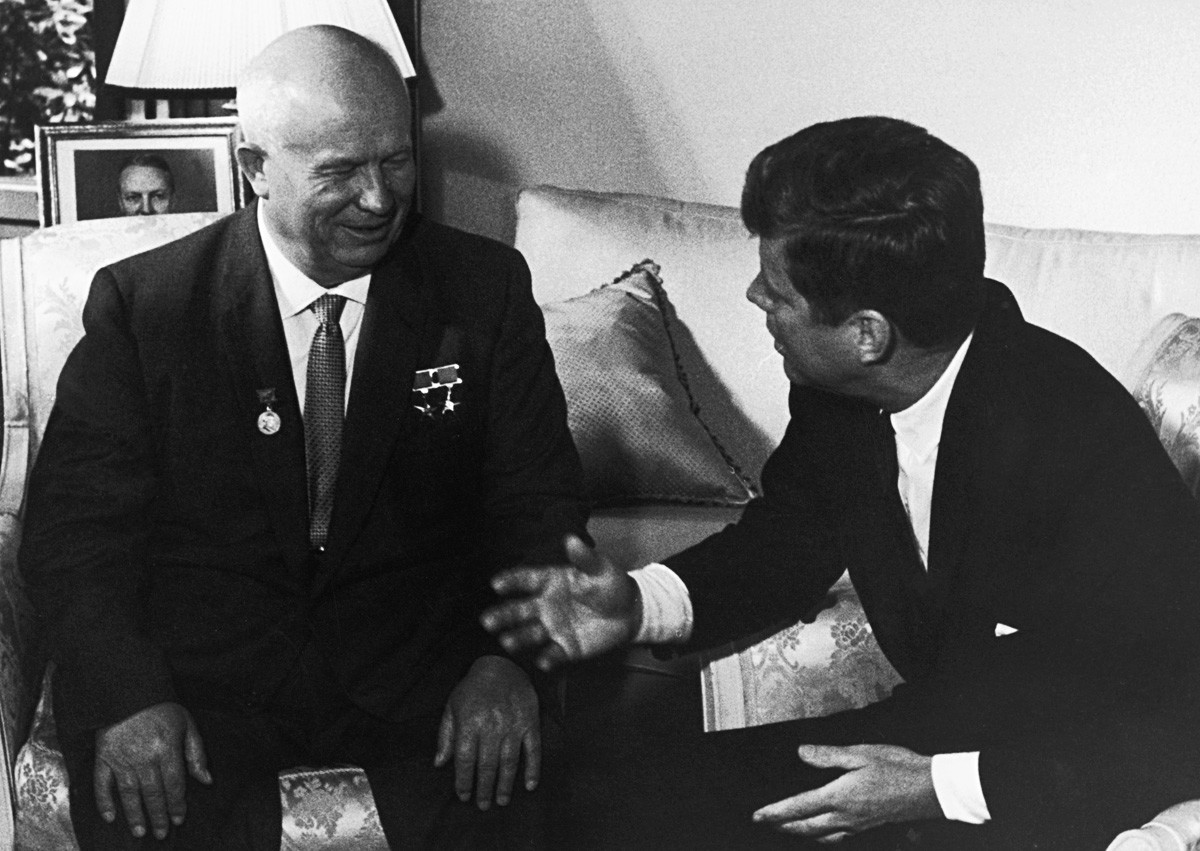 world was again on the brink of World War III. Due to Kennedy’s resolve and unwillingness to back down, Moscow had to withdraw its missiles from Cuba, although Washington agreed to remove its missiles from Turkey. According to one Soviet diplomat, Moscow’s missiles in Cuba prevented a replay of the U.S. invasion of the island in November 1962.

The 40th American president was hostile towards the USSR from the very start of his first term in 1981. It was he who applied the moniker, “evil empire,” to the USSR. He also made a joke about bombing the country. 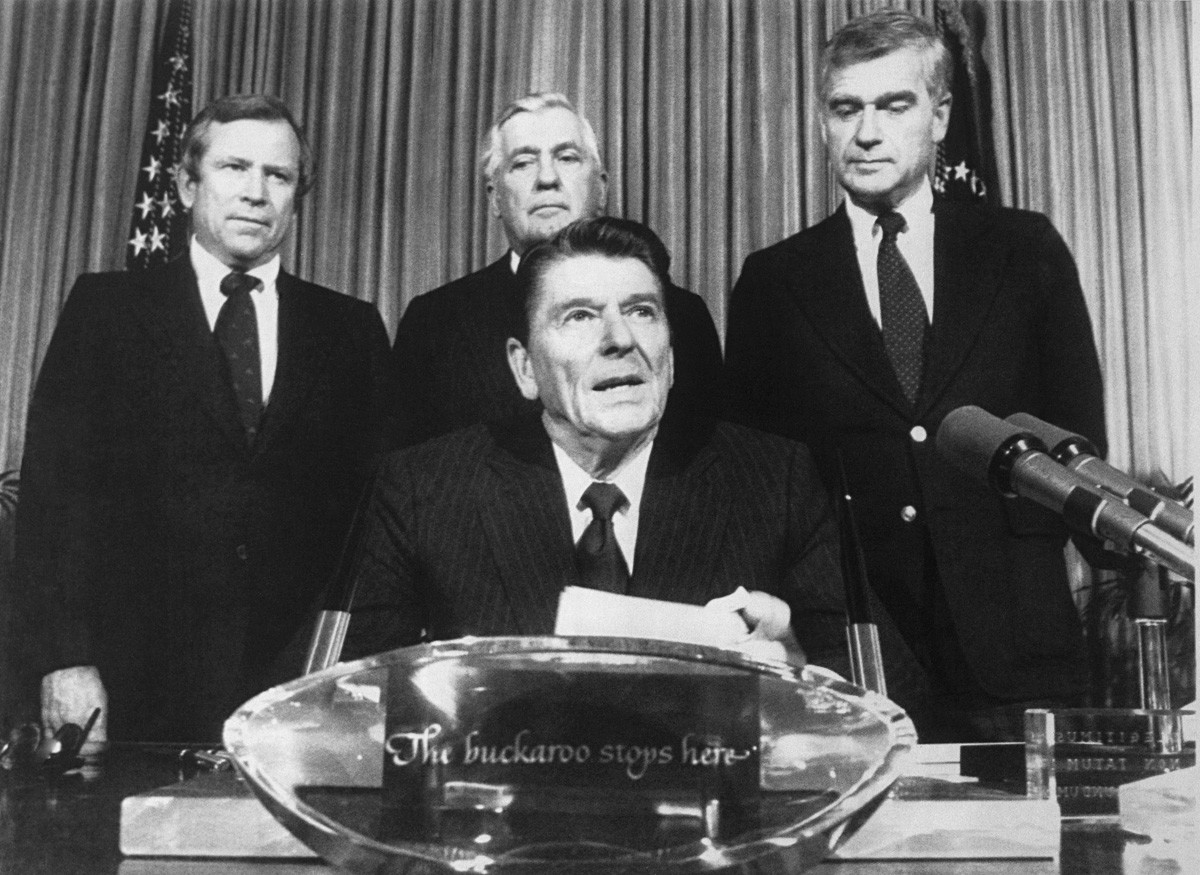 “My fellow Americans, I’m pleased to tell you today that I’ve signed legislation that will outlaw Russia forever. We begin bombing in five minutes,” said the U.S. president before a traditional radio address to the nation. While it was not aired, his words were recorded and caused a stir among the Soviet military and officials.

Under Reagan, the U.S. gave ample support to Islamist mujahideen in Afghanistan who were fighting government forces and Soviet troops. The president also agreed to deploy Pershing II missiles in Western Europe, increasing tensions with Moscow.

The main Soviet concern, however, was Reagan’s plans to create a massive space-based missile defense system – the Strategic Defense Initiative. This potential new wave of the arms race and the militarization of space seriously worried the Soviet leadership. When Mikhail Gorbachev became General Secretary this issue was high on his agenda in talks with Reagan, whom he did not like at first and who he described as a dinosaur. 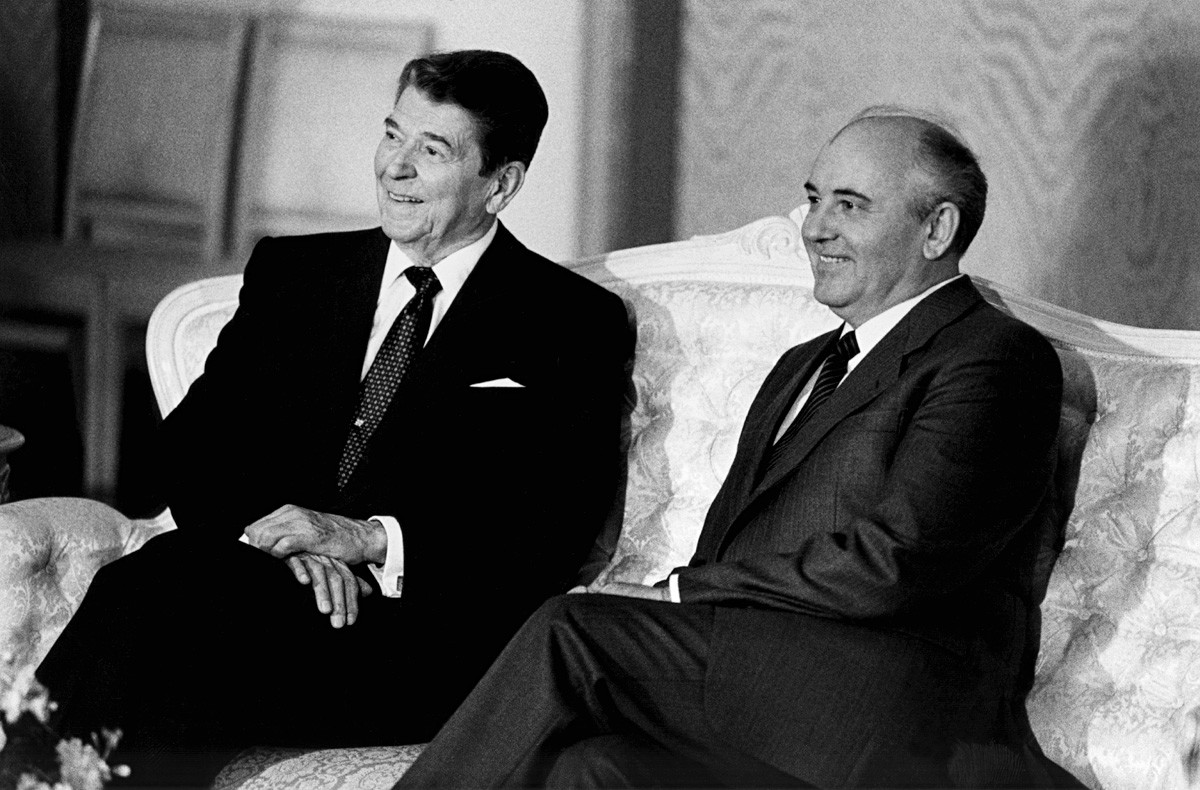 Reagan’s rather bizarre behavior toward Russia was not only evident in the case of the “bombing joke.” A few years ago media reported that Reagan, who had at his disposal a vast system of intelligence agencies and think tanks of every kind, relied Tom Clancy thriller to try to understand Russia better before important negotiations with the Kremlin.