History
Daniel Chalyan
Archive photo
Fifty-nine years ago in the Urals, a team of 9 ascended ‘the mountain of the dead.’ Only one came down. The chilling details and inexplicable circumstances of their disappearance have become the stuff of nightmares and Hollywood fiction. Now, one Russian blogger believes he’s closer to the truth than we have ever been before.

The nature of the eventual discovery shocked the science community and investigators alike. The bodies had been discovered at different sites and at different times; some had signs of severe internal trauma, others showed traces of radiation. Half the bodies were naked or wearing each others’ clothes. And there was no object in the vicinity that could have caused any of that to happen, as concluded by the Soviet investigation.

Theories ranged from homicidal psychosis to aliens and government experiments. And they're showing no signs of slowing down - just look at this movie trailer for 'The Devil's Pass'. And it's not even the only horror movie to come out of Hollywood that deals with the subject matter.

Now, nearly 60 years later, Russian blogger Valentin Degterev - who manages a journal about the paranormal and unexplained - believes the deaths of the Dyatlov group were caused by a small-yield missile that hit the side of the rock. Evidence of a 30-meter wide crater, he says in his online journal, can be seen on closer inspection of the satellite images of the area and is situated about three km from the site of their tent.

“The granite was melted to basically red glass. I think the temperature at the moment of impact was very high. This is clearly visible on the satellite images.”

He continues: “Having been woken up by the shockwave, [the hikers] were blinded by the bright light, probably suffering temporary loss of vision. This explains their sudden escape and descent into the woods.”

The findings are even more strange, given Degterev’s belief that the firing of the missile had not been a test.

The blogger states that, had there been no radiation found on the clothes, his other theory would’ve been that it was a meteor impact.

“I think the place needs a thorough look when spring arrives. If radiation is indeed found, and if there is an impact crater, then the mystery of the Dyatlov Pass can be considered solved.”

But can Degterev’s theory explain everything? 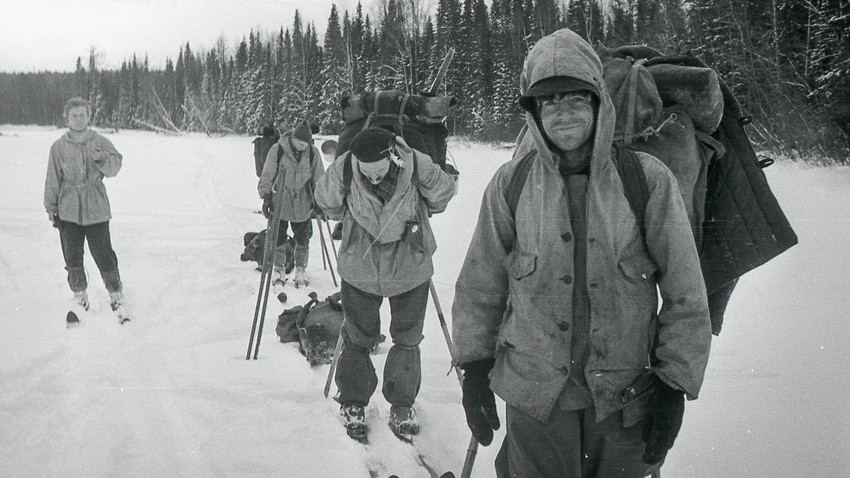 The group, led by 23-year-old Igor Dyatlov, hadn’t returned from their hiking trip to Otorten mountain in the winter of 1959. Later investigation showed that on Feb. 2 the tent the party had stayed in was ripped from the inside, with its inhabitants wandering into the night wearing only the clothes they wore to bed. All of the bodies were discovered weeks later - some of them were wearing the others’ clothes, soaked in high doses of radiation.

Where it gets really bizarre is that some of the bodies had shown only signs of hypothermia (hence the theory on why they were naked), while others found deeper in the woods had shown signs of massive internal trauma: bleeding, fractures, and broken skulls. One member of the group, Lyudmila Dubinina, was missing her tongue.

The Russians didn’t know what to do with all of this, and shut the investigation after finding no reason to suspect foul play. The final report from the Soviets posited that the group was killed by an “unknown compelling force.”

The Russians didn’t declassify the documents until the 1990s, which, understandably, has fueled conspiracy theories ranging from nuclear tests to the presence of aliens and paranormal creatures. 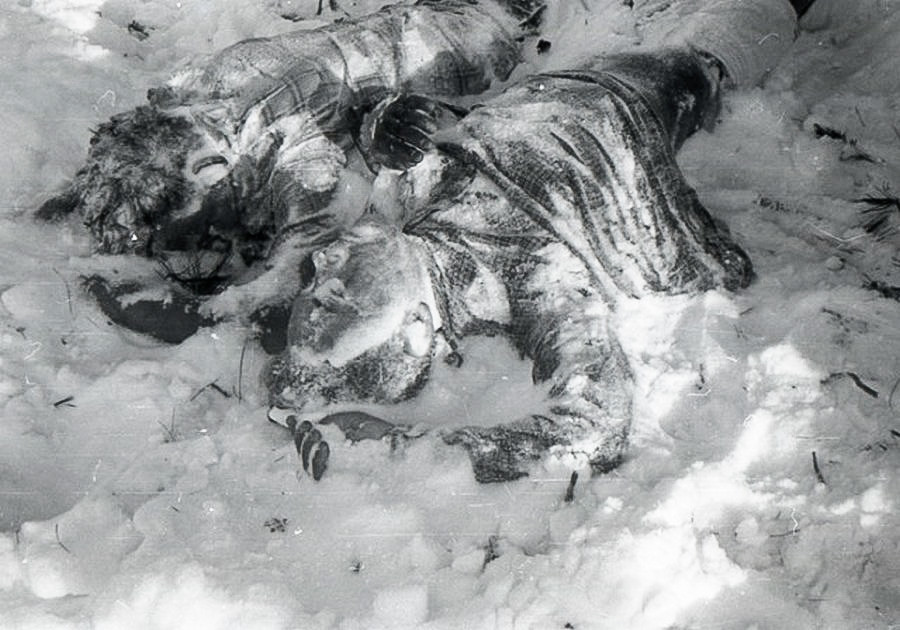 The new theory by Degterev has received mixed reactions. Many of the commenters responded positively to the alleged revelation; others, however, remembered other versions that, in their minds, deserve closer inspection. There are over 60 known versions of what transpired in the blizzard.

What the science tells us for sure is that the nine skiers could not have sustained their injuries from any object found in the vicinity.

One of the most interesting theories revolves around a sacred cave of the local Mansi tribe, which they use for ritual sacrifice. The tribe, apparently, does not like to share the mountain with outsiders, and when the Dyatlov group allegedly robbed their sacrificial cave of its various items, hunted them down in the night and killed them. This theory, however, is more word of mouth than anything else.

Others argue that the chaotic and violent deaths could have been the result of a strong and toxic moonshine-type beverage the group had procured from the local hunters (possibly also used ritualistically). The stuff could easily have caused psychedelic hallucinations, it is believed. This would have accounted for the haphazard escape and the group’s apparently inexplicable behavior.

There is still the fact of the tent ripped from the inside, as well as the absence of any footprints outside the tent that did not belong to the members of the Dyatlov group. It really does appear that the group had shot out of the tent, running in different directions. The mystery of what really happened persists.