What was it like to be gay in the Soviet Union? 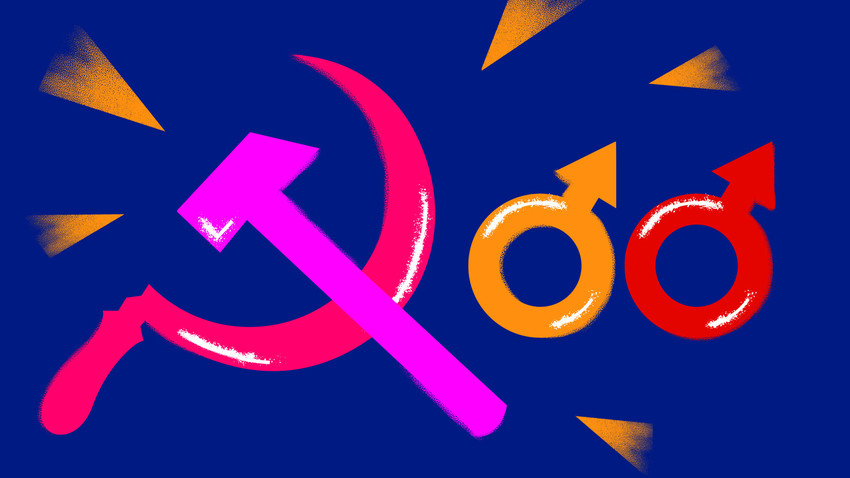 Soviet life wasn't easy for many people, and homosexuals, especially male, had to go through a lot in the Motherland.

In the country where homosexual relations between men were criminalized (at least 25,000 imprisoned), being gay was hard, to put it mildly.

A funny mistake took place in 1978 in the Soviet Union. The Communist party invited Germans from the Homosexuelle Aktion Westberlin (West Berlin Homosexual Movement) to the country. The Soviets mistook pro-gay activists for a left-wing organization sympathizing with the USSR. As you can imagine, this raised some eyebrows.

“When I explained to my curator who he had invited he scratched his head,” recalls Larisa Beltser-Lisyutkina, who worked in the Institute of the International Workers Movement.

“Somehow we worked it out,” she says, but eventually she had to tell the Germans the truth: it’s really dangerous to be gay in the USSR. Luckily, the activists returned home safely, but gay Soviet citizens who never left the USSR experienced far more hardships.

Good old days after the revolution 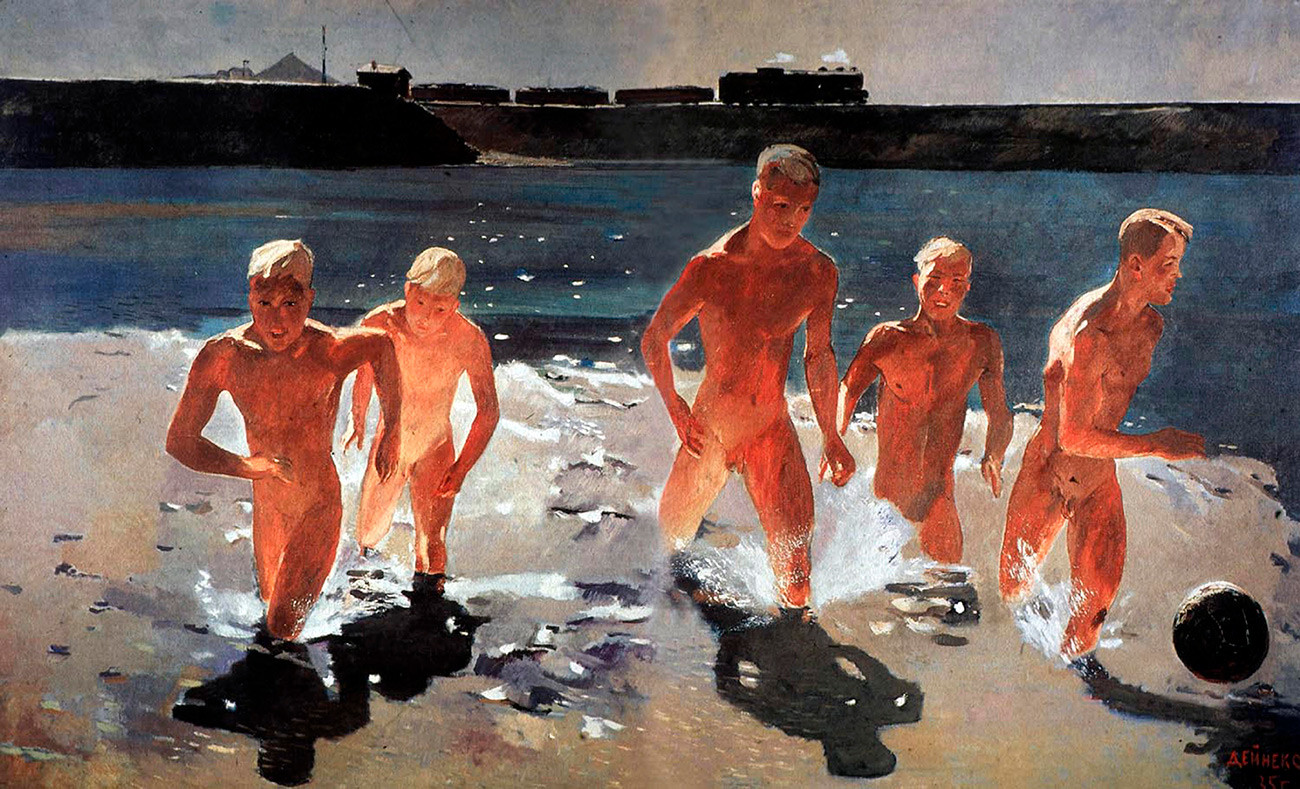 Relations between the gay community in Russia and Soviet officials started well: in 1917, right after the October revolution, the Bolsheviks abolished criminal punishment for male homosexuality which existed in the Russian Empire.

In 1923, Dr. Grigory Batkis, a lecturer at the University of Moscow’s Social Hygiene Institute, published an article entitled The Sexual Revolution In Russia : “Soviet legislation makes no difference between homosexuality and so-called ‘natural’ intercourse. All forms of intercourse are treated as a personal matter. Criminal prosecution is only implemented in cases of violence, abuse, or a violation of the interests of others.”

This was a trend: at first, the Bolsheviks positioned themselves as liberators getting rid of the outdated conservative values. But then everything changed.

In 1934, the government re-criminalized male homosexuality. Just like the old regime, the USSR ignored lesbianism, paying attention only to gay males. Reason? Conspiracy theories: the NKVD chief Genrikh Yagoda wrote to Stalin saying homosexual spies were “establishing a network of salons, nests, groups, and other pederast organizations turning them into spy cells.”

It’s unclear if such a menace was real yet Stalin reacted in his brutal manner, recriminalizing all male homosexuality in 1934, implementing the infamous Article 121 of the criminal code – five years of imprisonment.

“This was one of the measures that meant the Soviet government shifting towards conservative values,”says historian Olga Edelman. The revolutionary freedoms of the 1920s were over as Stalin was building his empire-like autocracy and gay people were victimized.

Official propaganda connected homosexuality with fascism; the writer Maxim : “In Germany, homosexuality is legal… there is even a sarcastic saying, ‘destroy homosexuals and fascism will disappear’. ” Several years later, Adolf Hitler started to eliminate gays but that didn’t change the minds of the Soviet government: gays were considered the enemy. 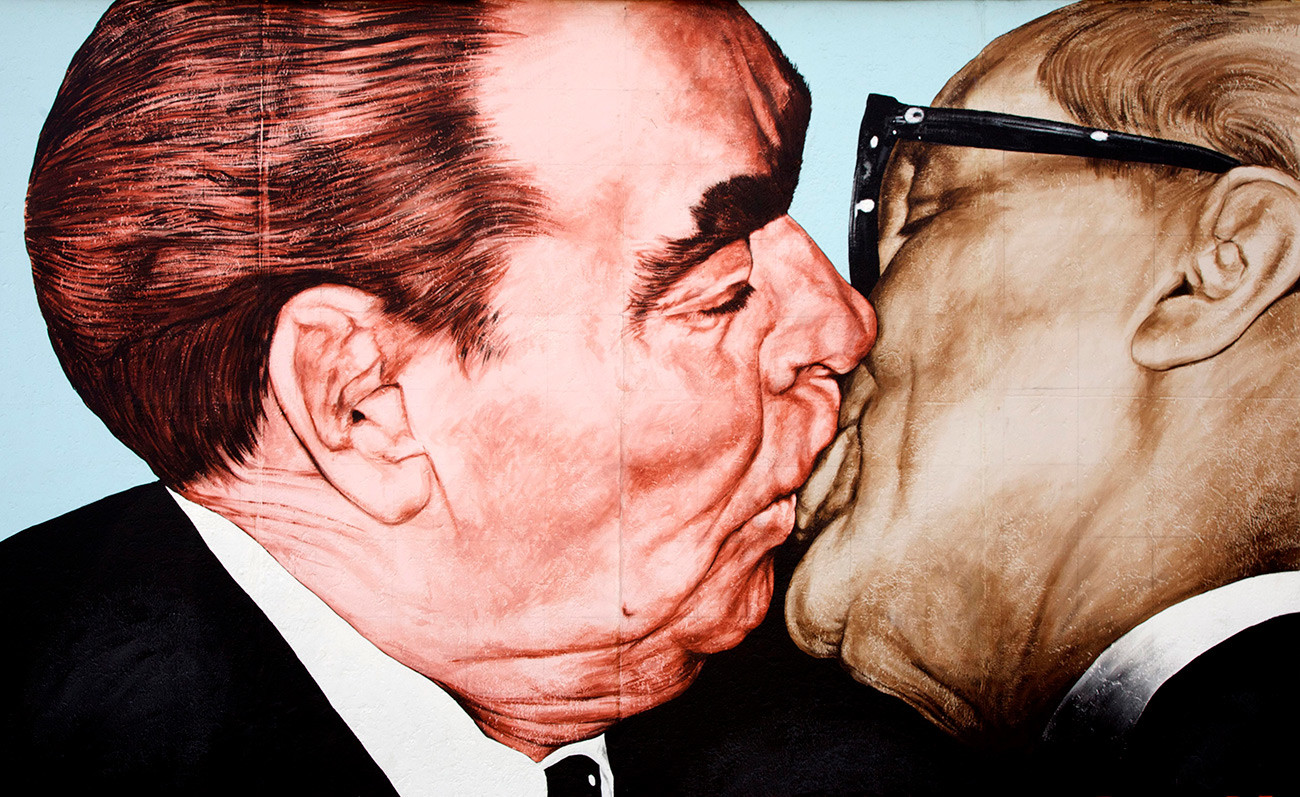 Leonid Brezhnev loved to kiss men (not sexually) but not everyone was allowed to do so. Painting by Russian artist Dimitry Vrubel of Brezhnev kissing Honecker on the Berlin Wall, East Side Gallery.

It’s unclear exactly how many people were imprisoned for homosexuality in Stalin’s era. As historian Dan Healey clarifies in his book Homosexual Desire in Revolutionary Russia, the remaining data from the NKVD archives concerning the years between 1934 and 1950 remains murky.

Also, often the courts didn’t mention homosexuality directly. You could be gay, know that you’re oppressed for being so, yet go to jail under another pretext. That happened to well-known gay poet Nikolai Klyuev, detained, tried, and shot in the 1930s for his “counter-revolutionary activity.”

The Soviet authorities remained harshly anti-gay after Stalin died. “The general number of sentences in the sources we have, from 1934 to 1993, is somewhere between 25, 688 and 26, 076 imprisoned but these numbers are far from conclusive,” Healey writes. 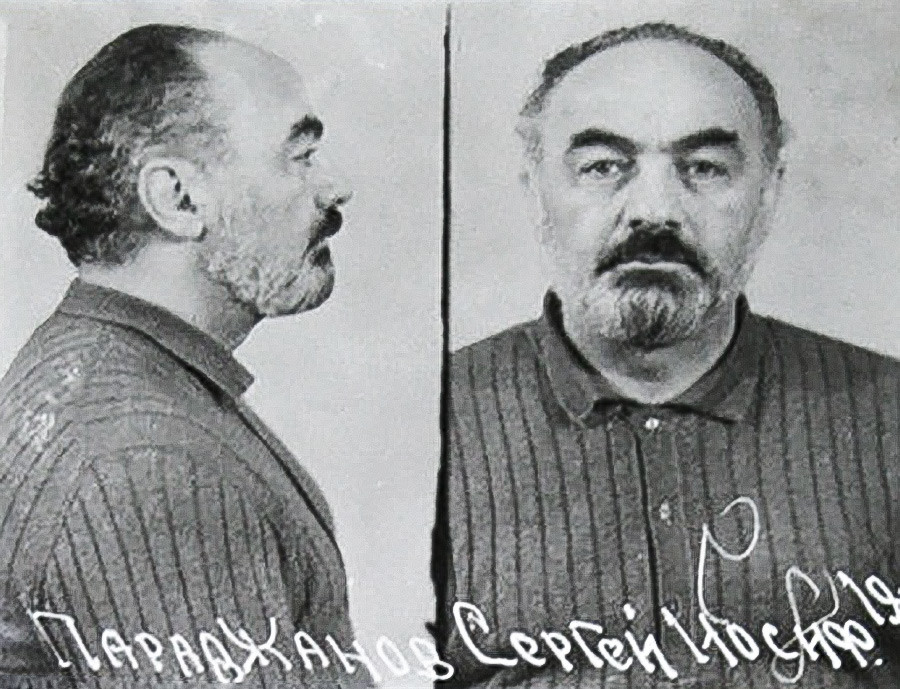 Sergei Parajanov, one of the outstanding Soviet film-makers, arrested and jailed for his homosexuality.

ordinary Soviet homosexuals, it meant living in fear, ignored by society and having to hide. The authorities were happy to send famous people like singer Vadim Kozin, “the Soviet king of tango,” and director Sergei Parajanov to prison.

For common gays, life was also hard – they existed in secrecy, meeting each other in the special places, anywhere from the Bolshoi Theater to public restrooms. “Living conditions were a mess,” says Alexander, 58, a homosexual who lived in the USSR. “Where could we go? Everyone was living with their parents; you couldn’t rent a flat or go to a hotel – that was only for people on working trips.”

The other danger was remontniki – “the repairmen” – aggressive homophobes who convinced gays to meet them by pretending to be homosexual – they then beat them up or blackmailed them. Sometimes gays had to stand up for their rights in fights. Viktor, 66, recalls: “Back in the 1970s, our guys really could deal with it. Once a group of seven men attacked us but we showed them what’s what. I broke a beer bottle on the head of one of them.” 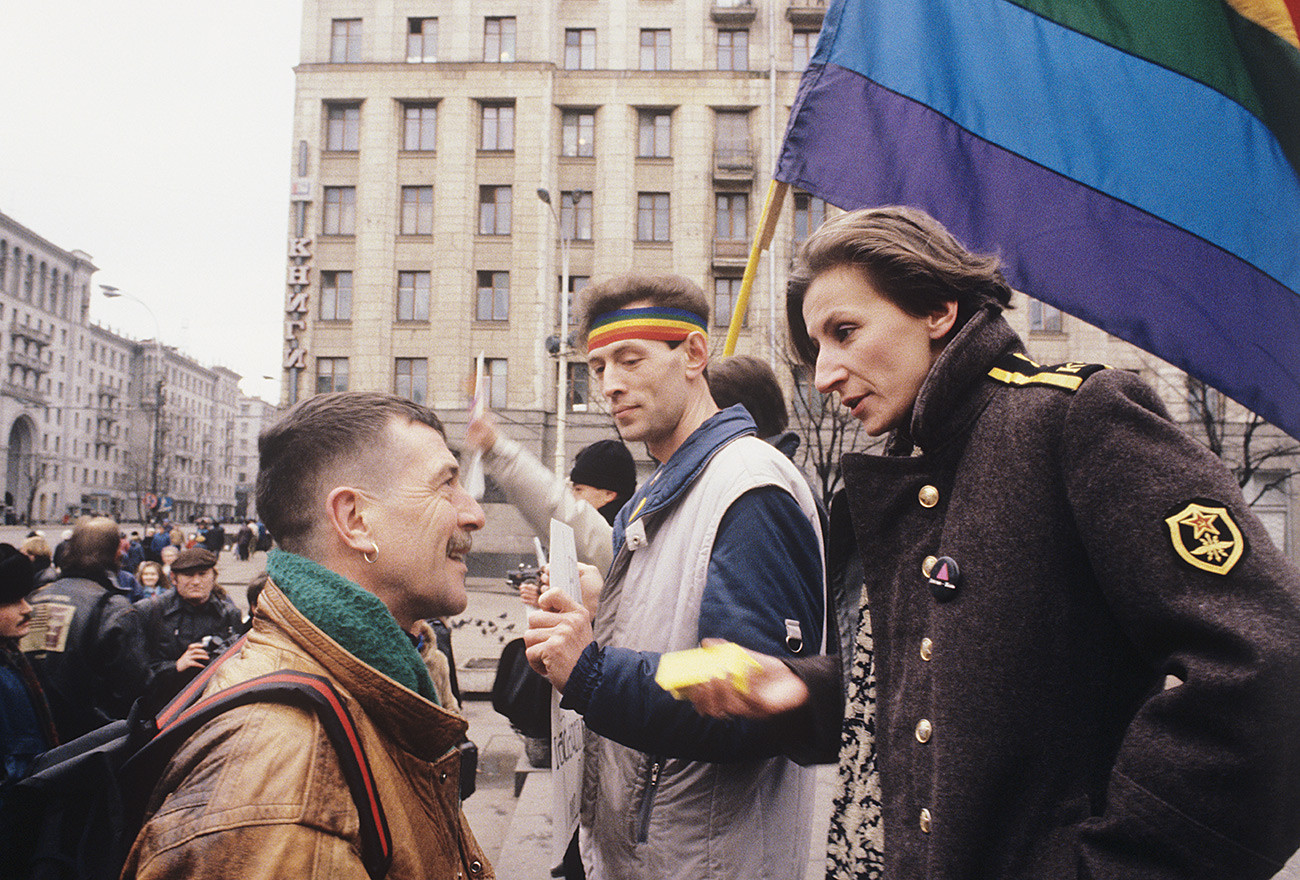 What about Article 121? “It was not easy to put a man in jail under this article,” Viktor recalls. “You had to catch him at ‘the scene of a crime’… But of course, they could inform your employers that someone is visiting ‘gay’ places – and that caused lots of trouble.” Nevertheless, the less lucky ones went to jail: “I think, they took around 50 people a year in Moscow only,” says Alexander.

It was only in 1993, after the USSR when Article 121 was abolished by the Russian government. It doesn’t mean that LGBT people in Russia now live in paradise but at least no longer fear being imprisoned for their sexual orientation.

Quotations of gay people are taken from the book Right Ear: Monologues of Queer People Who Lived in the USSR.