4 events that defined Russia (in pictures)

History
Alexey Timofeychev
At each of these historical crossroads the people made fateful choices that forged the country into the Russia we know today.

1. The invitation of the Varangians 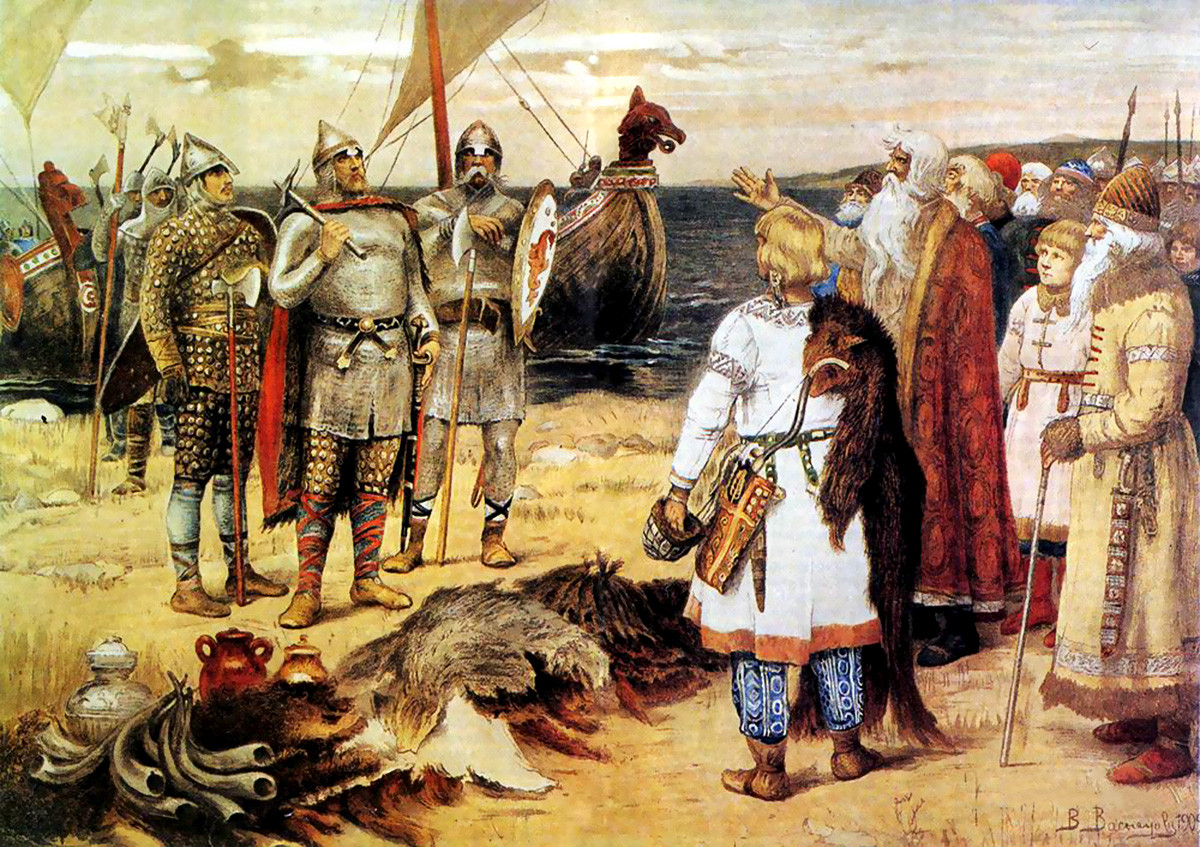 ‘The invitation of the Varangians’ by Viktor Vasnetsov

According to ancient Russian chronicles, in 862 legendary Varangian (Scandinavian) leader Rurik together with his brothers and a retinue came to the north of Russia and settled in Novgorod (together with Kiev in the south Novgorod is one of the two centers of the early Russian statehood). According to legend, Rurik was asked to lead the Slavic tribes there because “there was no order among them.” He accepted the invitation and became the first known ruler of Rus’ and from that the history of the Russian state commenced.

As famous 19th-century Sergey Solovyov put it, “the invitation of the first princes has a great significance in our history. This is an all-Russian event and it is fair to start Russian history here.” For the first time, different Slavic tribes were united under the same power, the power of Varangians, in this case.

Some historians deny the peaceful connotations of invitation, arguing that that Rurik was called in as a mercenary and a military leader but then organized a coup, overthrew local elders, and became a ruler in the northern Slavic land. Later, the dynasty he established spread its control over all of the ancient Russian territories including Kiev, that became the capital of the new state. Gradually, in the words of one Jewish traveler, the Varangians “adopted their [Slav’s] language and mixed with them.” 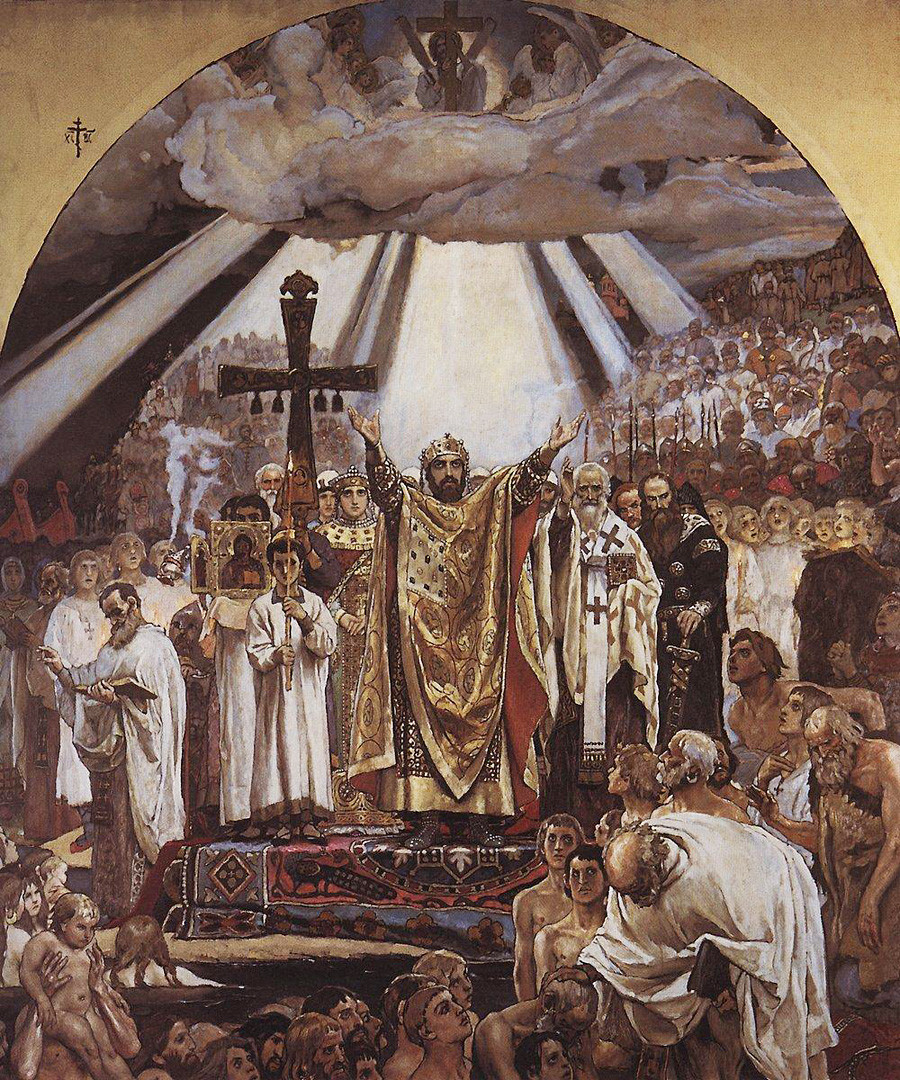 ‘Christianization of Rus’ by Viktor Vasnetsov

Kievan Rus’, a huge ancient Slavic state that spanned the vast territories of contemporary Russia, Ukraine, and Belorussia, was christened in 988 by Grand Prince Vladimir. It’s believed that he chose the Orthodox version of Christianity mainly due to the close ties Rus’ had with the Byzantine Empire where it was practiced. Connections with the empire were kept until its very end in the 15th century after which Moscow declared itself the Byzantine’s successor, the Third Rome. Thus, Vladimir’s decision defined a trajectory of Russia’s historical development.

Additionally, Christianity became another important factor that brought together fragmented pieces of Slavic territories. “The acceptance of Christianity started the Russian national community’s formation that was going on through uniting of tribal communes, social layers, and individuals in the common spiritual space of Christ’s church,” said Russian Orthodox Bishop Hilarion Alfeyev at a conference devoted to Prince Vladimir a few years ago.

Vladimir is a revered saint in Russia and a towering monument to the prince was solemnly unveiled two years ago close to the Kremlin.

3. The Kulikovo battle with Mongolians 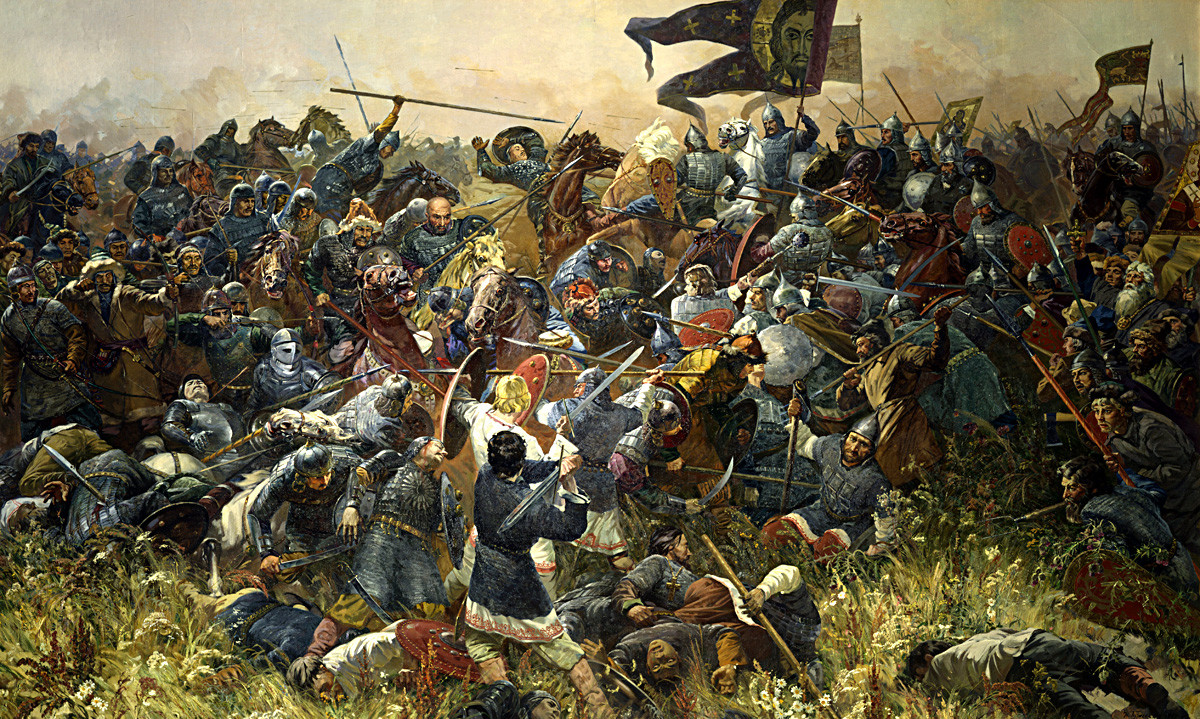 ‘Battle at Kulikovo’ by Sergey Prisekin

There is also a view according to which the event that united the Russian nation took place 400 years later, at the Battle of Kulikovo. In 1380, Russians under the command of the Prince of Moscow Dmitry defeated the troops of Khan Mamai, a powerful commander form the huge Mongolian state of Golden Horde.

The Mongolian invasion in the mid-13th century devastated Rus’, and since then the Russian principalities had been reigned over by Mongolian rulers from the horde. Dmitry collected a huge army that included soldiers from almost all Russian principality and fought ferociously with troops. Dmitry himself has been fighting on the front and was named “Donskoy” after that victory.

4. The feat of Minin and Pozharsky 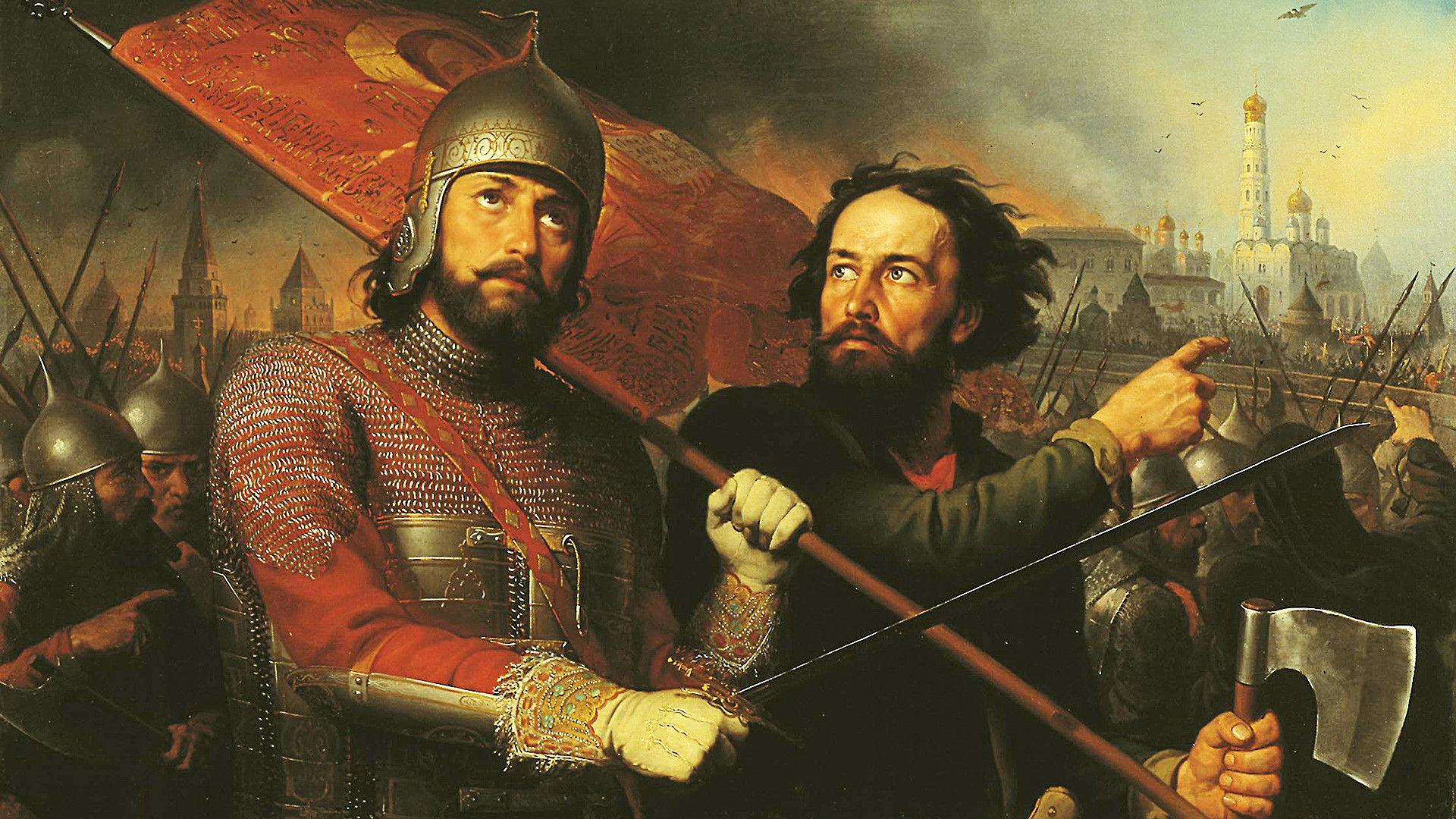 “By the end of 1611, the Moscow government appeared to be almost completely demolished. The Poles had taken Smolensk. Polish troops had burnt Moscow down and captured the Kremlin, establishing themselves there. The Swedes had taken Novgorod and proposed their candidate for the Moscow throne,” said historian Vasily Klyuchevsky about the so-called Time of Troubles.

However, as the entire county seemed to be collapsing, middle and lower classes came together and took the fight for Russia into their own hands. Kuzma Minin, a meat salesman and as a municipal official in Nizhniy Novgorod (400 kilometers from Moscow) together with the military commander Prince Dmitry Pozharsky organized the People’s Volunteer Army. It liberated Moscow and created conditions for the ascendance to the throne of Tzar Mikhail, the founding father of a new dynasty (the Romanovs) thus keeping Russia as a sovereign state.