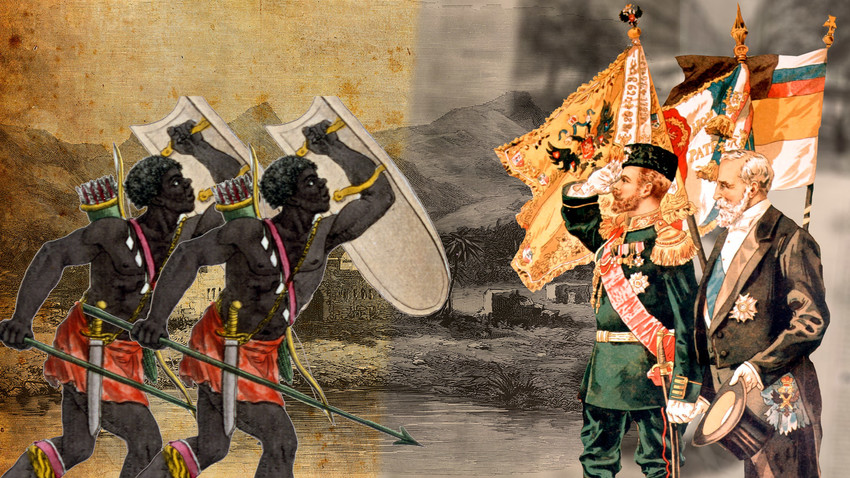 Getty Images
It may be hard to imagine, but sun-drenched lands including Tobago and Haiti could have been Russian...

This Caribbean island could have been part of Russia’s overseas territories as it was once a colony of Courland, a duchy that existed from the 16th to 18th century on the Baltic Sea coast. The of this small state, Jakob Kettler, established a few colonies in Africa and the Caribbean, one of which was Tobago 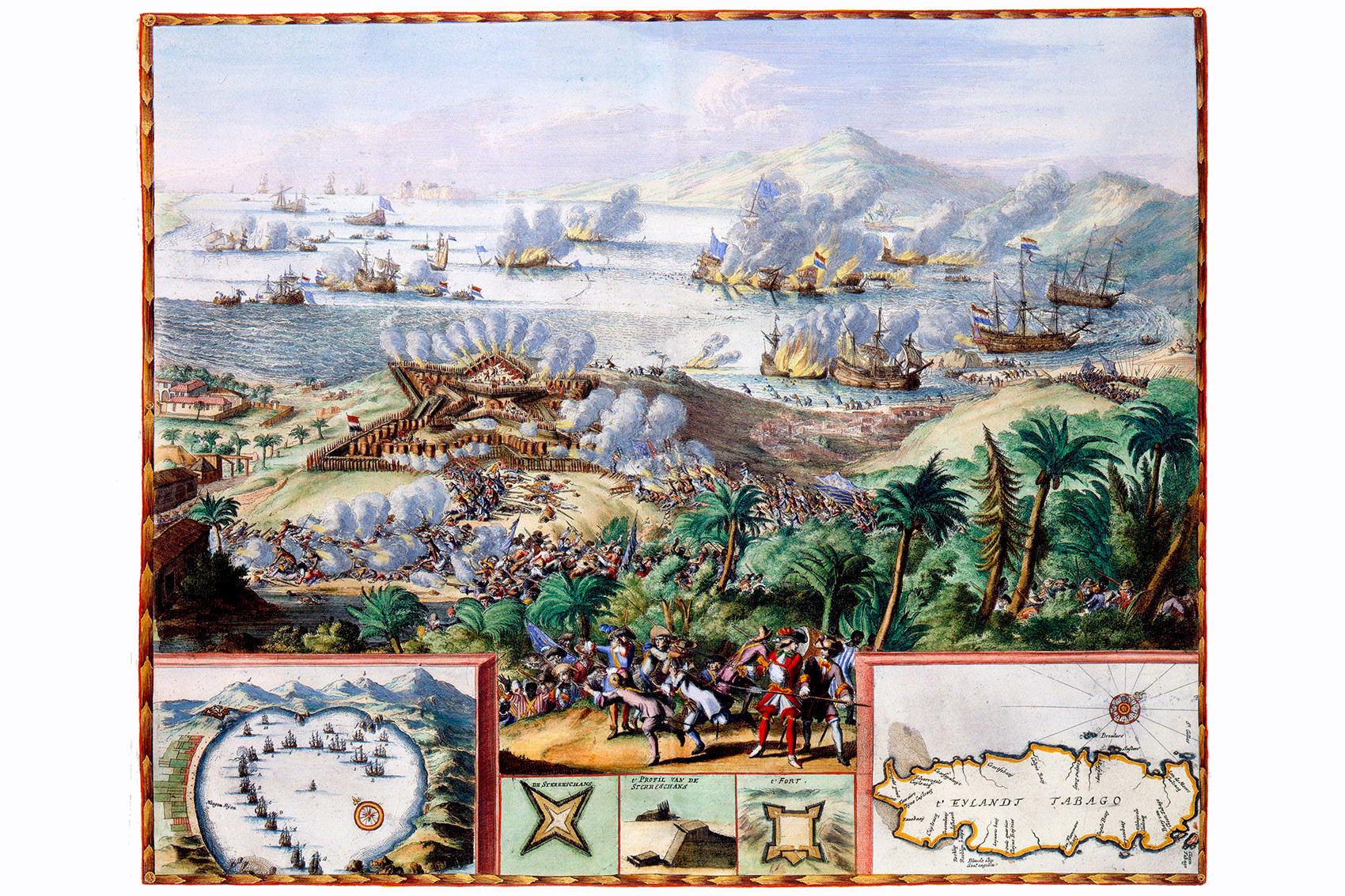 the 18th century Courland was incorporated into the expansionist Russian Empire in 1795. Its colonies would have followed the same path had they not already been enveloped by the British Empire in 1661 after the duke used them as collateral while taking loans from London. Empress Catherine II allegedly tried to get her hands on Tobago in the late 18th century citing Courland’s ties, but her efforts were in vain.

Russian territories in America were not limited to Alaska, which was eventually sold to the U.S. in 1867. Russia ruled over land in California too. Fort Ross was an outpost established by the Russian-American Company on the western coast of North America in what is now Sonoma County. It existed for less than 30 years from 1812 to 1841 and was created as an agricultural settlement for feeding Russian Alaska. In 1836, 260 inhabitants called Fort Ross their home 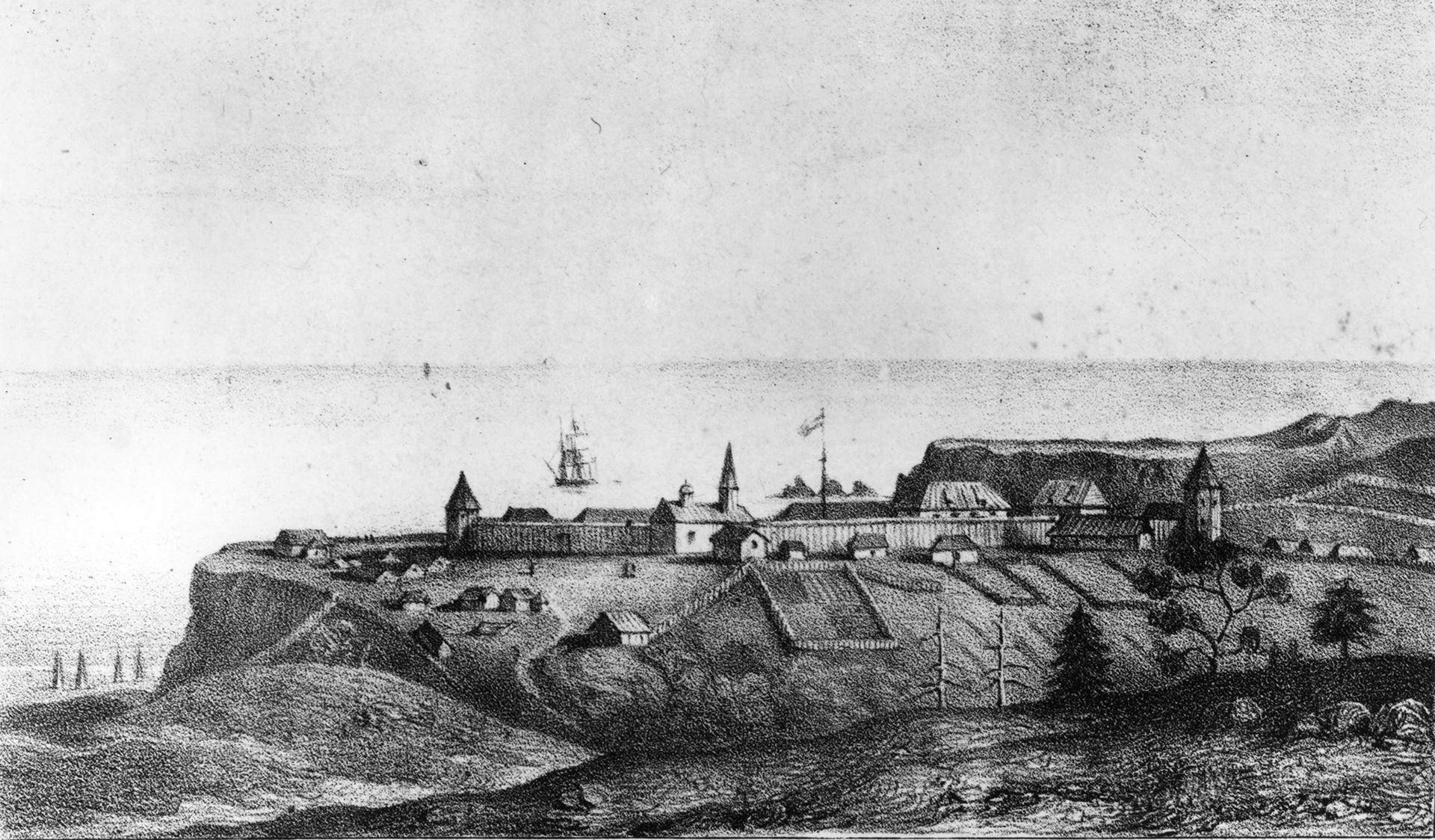 and Mexico were not happy about Russia’s presence in California, but decided against trying to flush out the Russians by force. There were also no major skirmishes between the Empire and the indigenous Indian population of California – in fact the two groups are reported to have lived side-by-side rather peacefully. In the late 1830s the Russian-American Company found new ways of providing Alaska with food so there was no need to hold onto Fort Ross. It was eventually sold to American businessman John Sutter for almost $20,000, some of which was paid in gold.

One employee of the Russian-American Company Dmitry Zavalishyn visited Fort Ross and made a report about it for the company and Emperor Alexander I. He proposed expanding Russia’s territory in California to make the Empire’s presence stronger and economically more viable. His idea was to send Russian serfs across the Atlantic to work on the new land, and they, in return, would be liberated.

Zavalishyn’s plan to expand Fort Ross was rejected by the authorities, but he didn’t give up and proposed setting up a Russian colony in Haiti. He devised the plan with former French general Jacque Boye, who remained in Russia after being captured during Napoleon’s invasion in 1812. Before this, he served in Haiti, which was a French colony before the rebellion of 1804 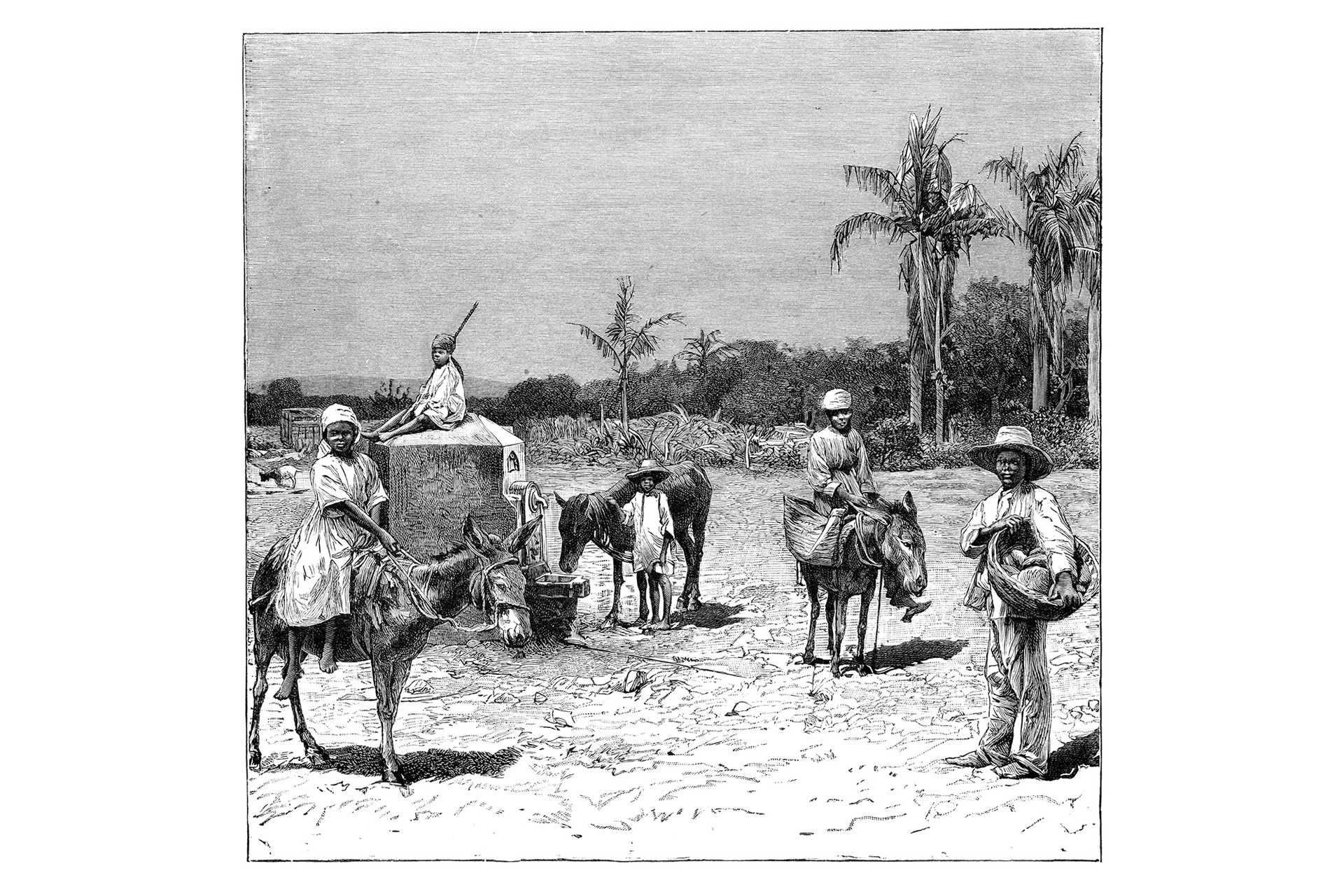 Group of Haitians around 1890

Zavalishyn-Boye proposal pricked the ears of the Russian-American Company, which planned to send an expedition to Haiti in 1826. The duo supposed to lead it, however, Russian politics put the brakes on the project before it even started. In December of the Russian nobility staged a coup against the tsar. The mutiny was suppressed and Zavalishyn was nailed due to his alleged connections to the revolters. He was exiled to Siberia for almost 40 years and the Haiti plan was buried forever.

The Russian-American Company also secured a deal with a tribe chief on Kauai, the fourth largest of the Hawaiian Islands. The chief agreed to hand over the land as a sort of Russian protectorate and from 1816 to 1817, three fortresses were built on the island by the Russians. Two of them were named after Russian Emperor Alexander I and his wife Elizabeth while a local river was renamed the Don (one of the main rivers in Russia) 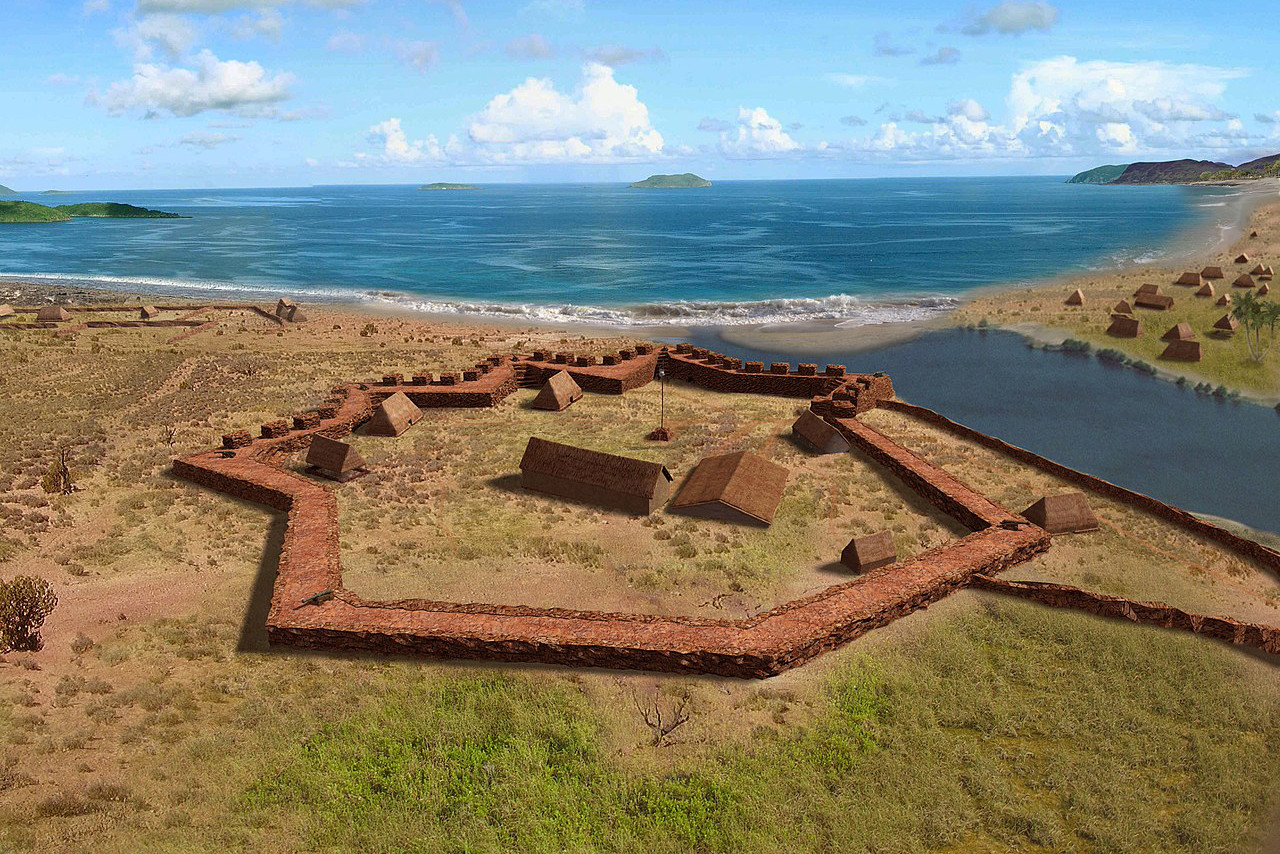 View on the fort Elizabeth (Kauai, Hawaii) from a bird's eye view. Reconstruction by Alexander Molodin and Peter R Mills, 2015

, the authorities in St. Petersburg weren’t too pleased about the new territorial acquisition and Russia’s Ministry of Foreign Affairs turned down the request of the Russian-American Company to take the island. “The Emperor thinks that acquiring these territories will not bring any essential benefits to Russia while, on the contrary, bringing some inconvenience.” It’s argued that the Russian monarch’s stance was fueled by a desire to protect ties with the British and Americans, who also had interests in the region.

The Russians wanted a piece of Africa as well, although this wish also wasn’t backed by the authorities. In 1888 a group of Russian Cossacks tried to rip off a chunk of French Somalia – 150 Cossacks under the command of Nikolai Ashinov, who is often referred to as an adventurist, arrived in Somalia from Odessa and set up shop on the site of an old Egyptian fortress. It was named “New Moscow” and the plot of land measuring 50 x 100 km was declared Russian 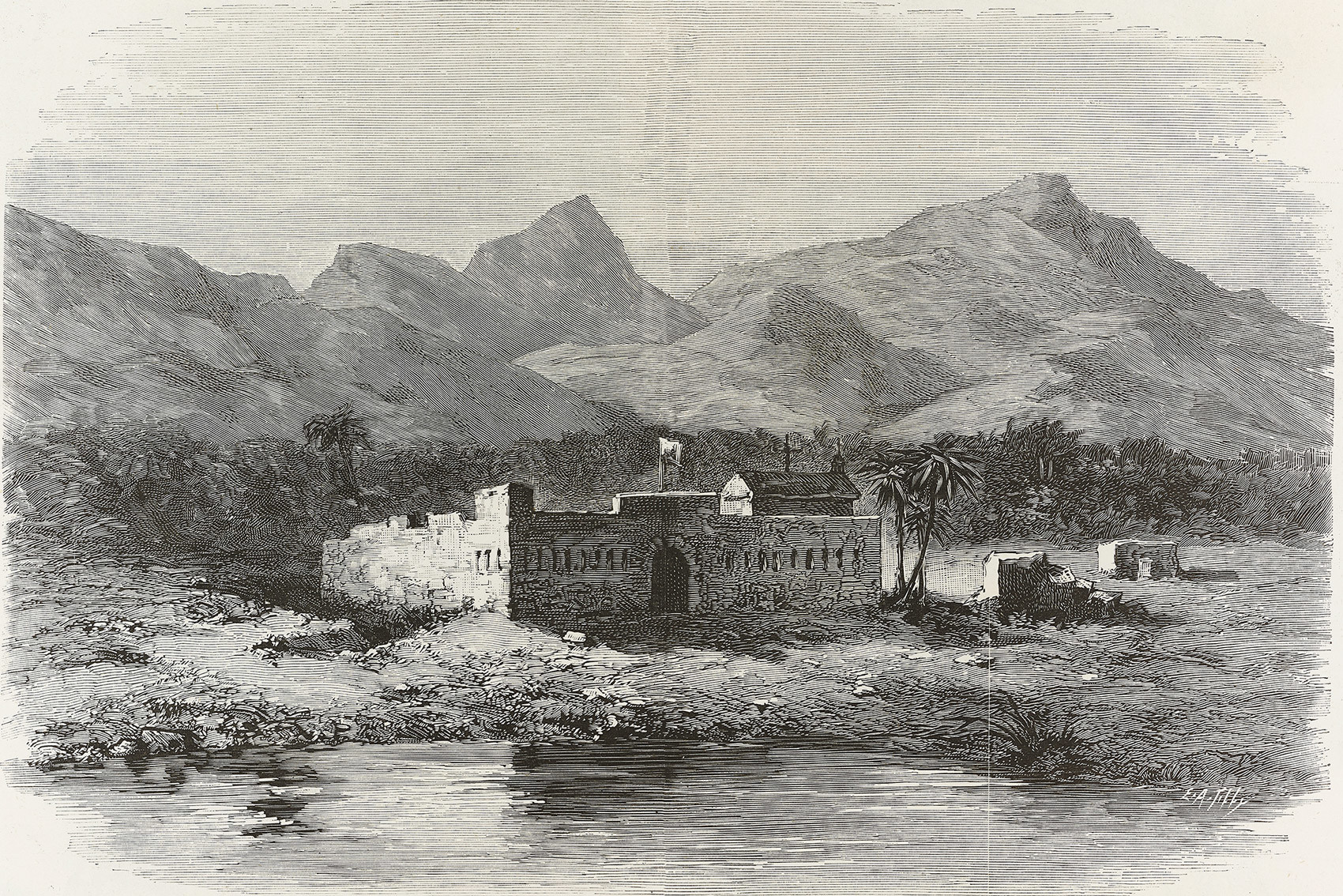 Russia and France aspired to be allies at the time, the move of Ashinov surprised the local French colonial authorities who were awaiting instruction from Paris. Paris, in turn, was working out what to do with Ashiniov’s men with St. Petersburg. The Russians renounced Ashinov’s adventure and greenlighted the French operation against the Cossacks. The French bombarded the fortress and captured the Russians, who were sent back to their homeland, while Ashinov was exiled for three years. He was a persistent man and continued his efforts to convince the tsar to acquire lands in Africa, but to no avail.