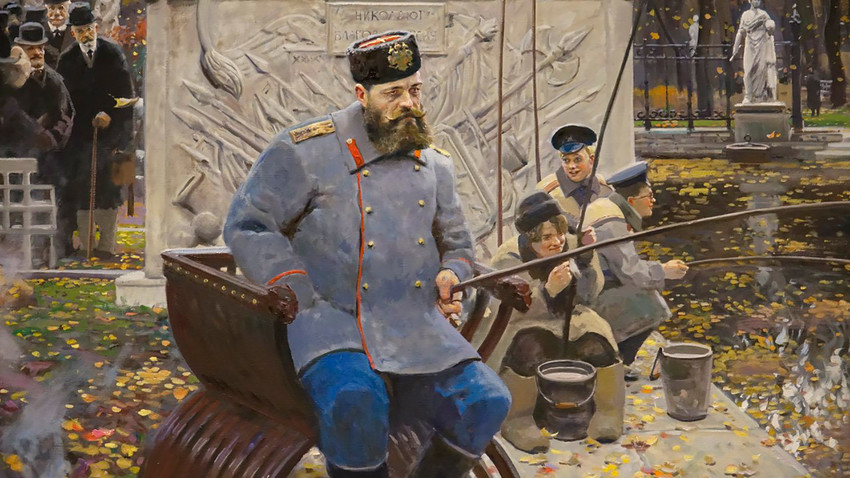 Pavel Ryzhenko
“When the Russian tsar is fishing, Europe can wait,” said Alexander III of Russia. How could this happen?

“When the Russian tsar is fishing, Europe can wait”

Tsar Alexander III of Russia (1845 – 1894) owned a country house, or dacha, in Finland’s Kotka. Back then Finland was part of the Russian Empire and keen fisherman Alexander loved to spend time with his family there during summer rowing, hiking, and fishing. He ordered a two-story hut to be built for his family in the woods. During his life, he visited it a total of 31 times, spending 213 days there in total.

Once, when the Tsar was chilling at his dacha, a diplomatic conflict broke out in Europe concerning the interests of France, which since 1891 had been the Russian Empire’s ally. Russia’s Foreign Minister Nicholas de Giers sent a wire to the Emperor’s Office, recommending that Alexander cut short his holiday and return to St. Petersburg to personally take part in negotiations. The Foreign Minister feared that the conflict would lead to a war in Europe.

When the messengers hastily arrived at Alexander’s country house with the message, the Tsar listened to it calmly and replied with these words: “When the Russian tsar is fishing, Europe can wait.”