During the more than 20 years of systematic Bolshevik repression, approximately 20 million people passed through prisons and labor camps. Every 1 out of 10 prisoners never again saw home.

The Gulag History Museum is collecting evidence and memoirs of survivors and their relatives, and presenting the topic in various ways: through exhibitions, video interviews, and graphic novels. Recently, The Survivors. Gulag, which is based on true stories, was published in English. We are proud to present an extract from this work by the illustrator, Dmitry Osetrov, “Remain human”.

This is the story of Elena Markova. When her native city was occupied in 1943 by the Nazis she was working as a nurse in a hospital. Colleagues asked her to join the German public employment service so that she could obtain forged documents to help encircled Red Army soldiers in hiding.

After the city was liberated she was arrested as a Nazi accomplice and sent to the Vorkuta camp for 15 years where she worked in extremely hard conditions in a coal mine, and later worked as a teacher for kids born in prison. 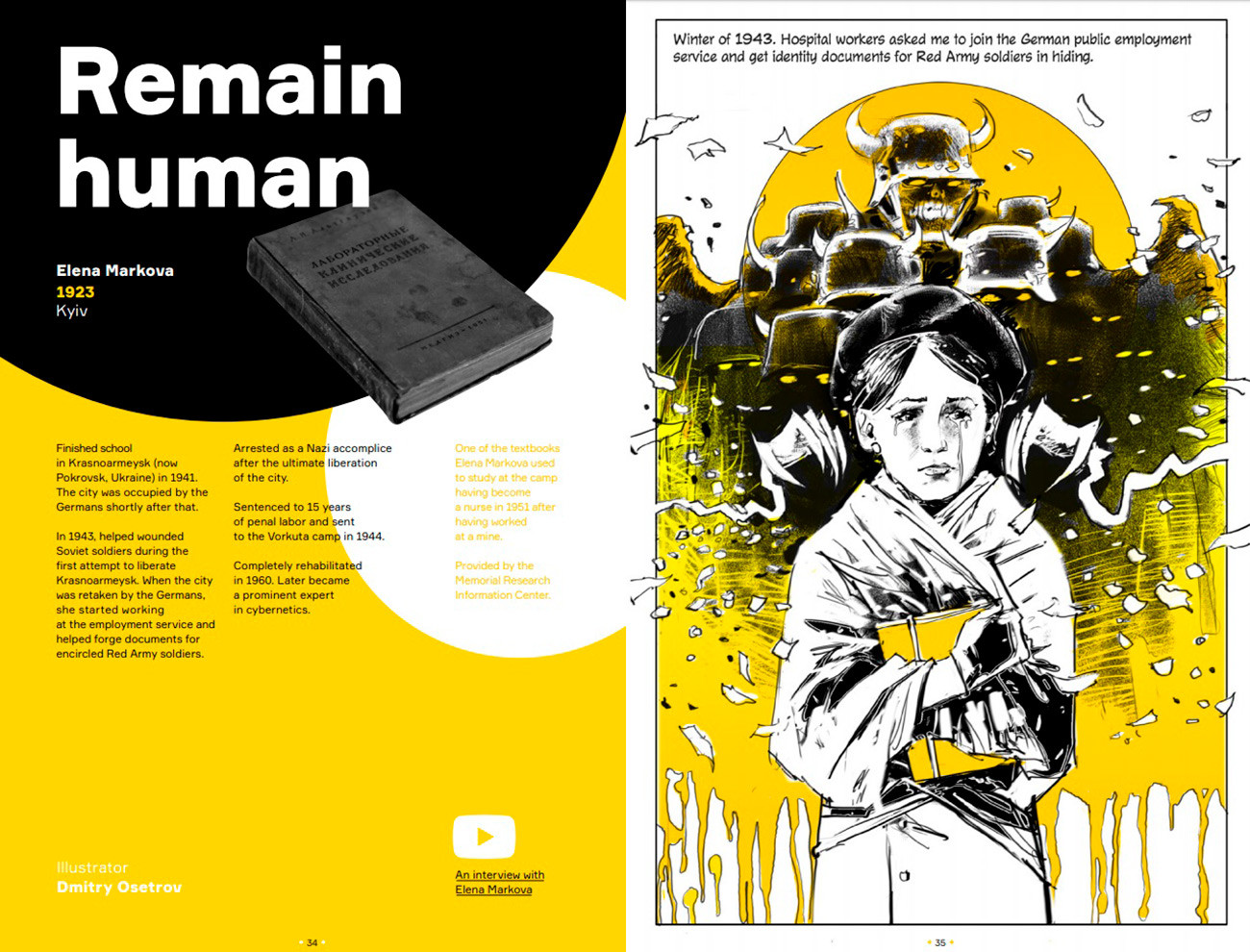 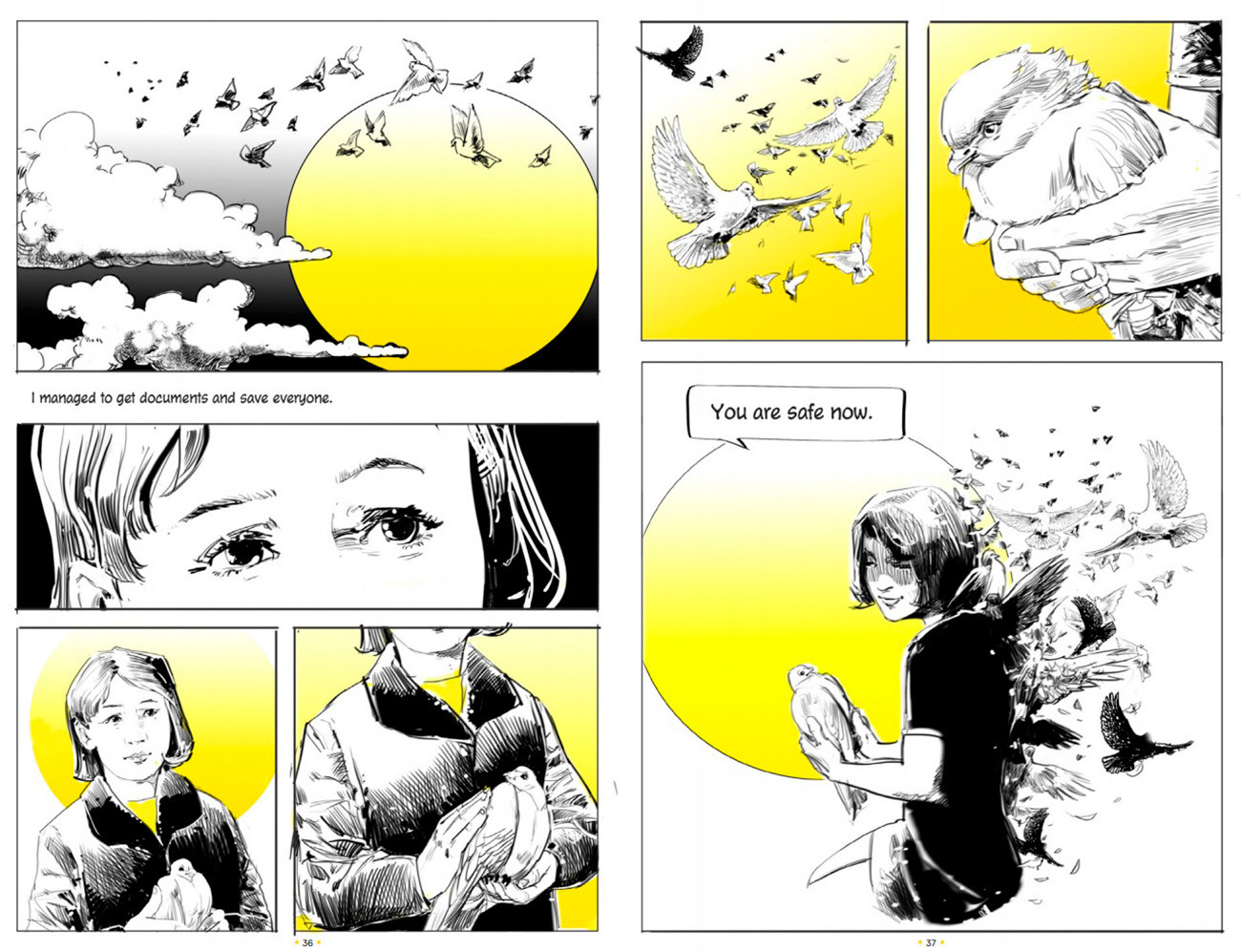 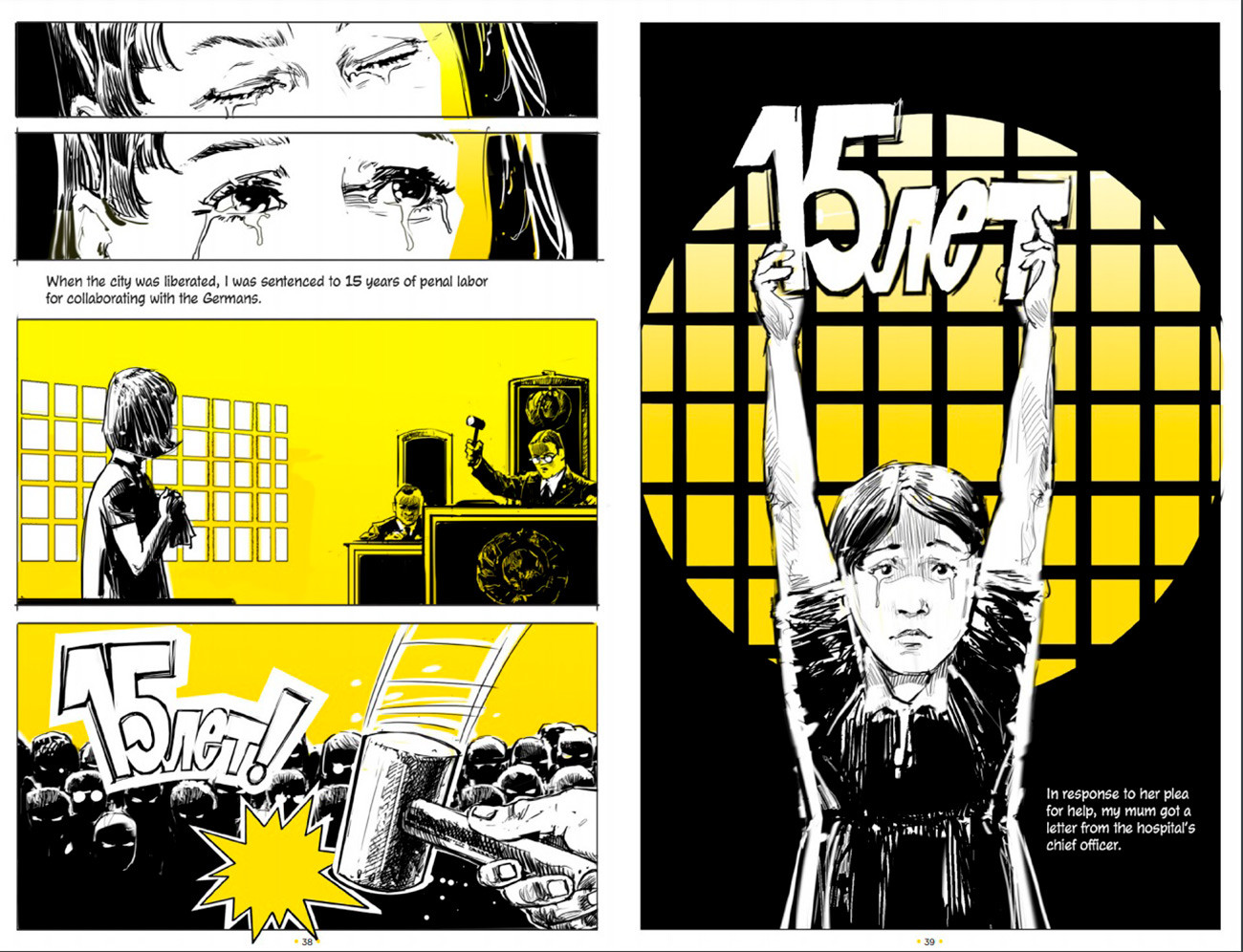 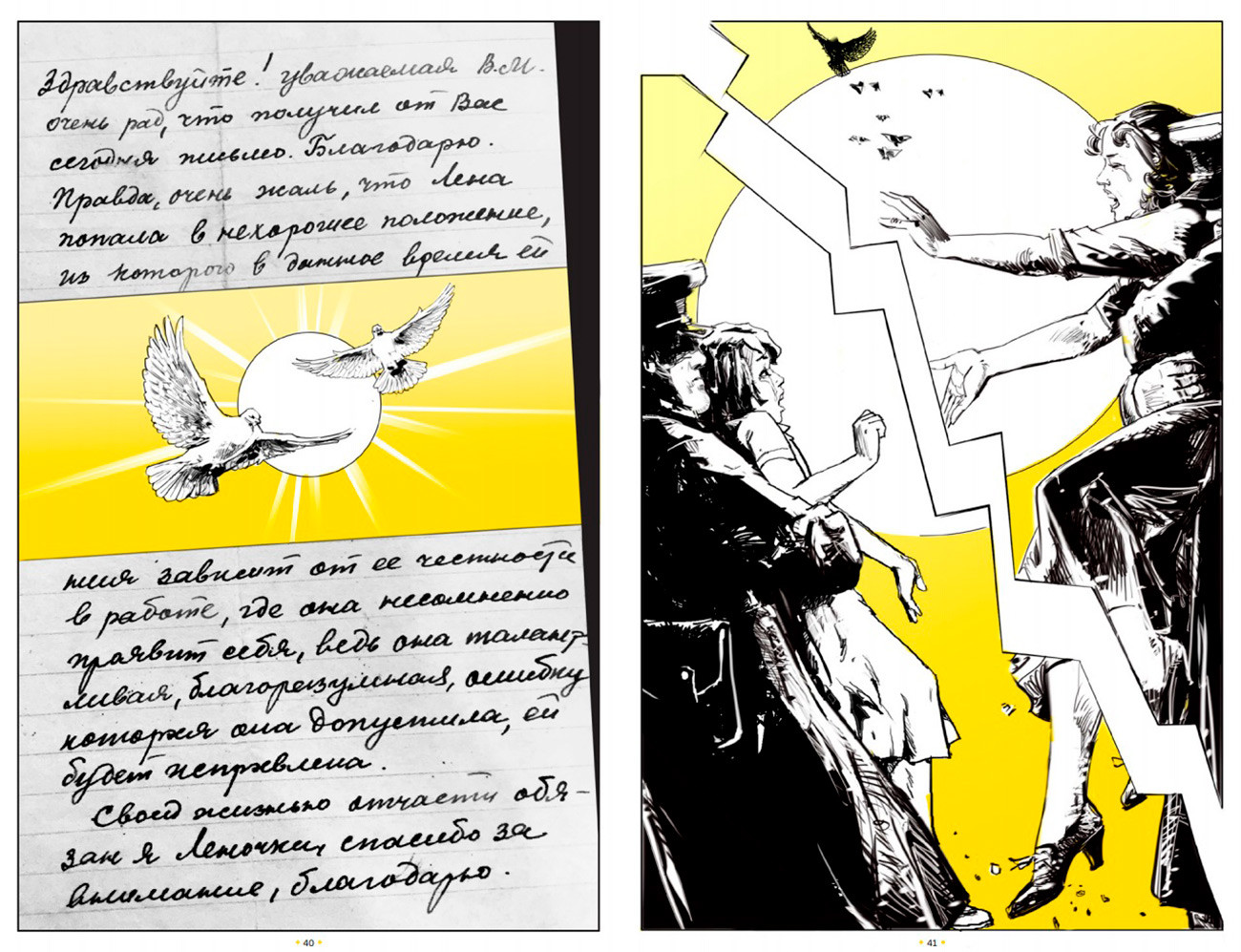 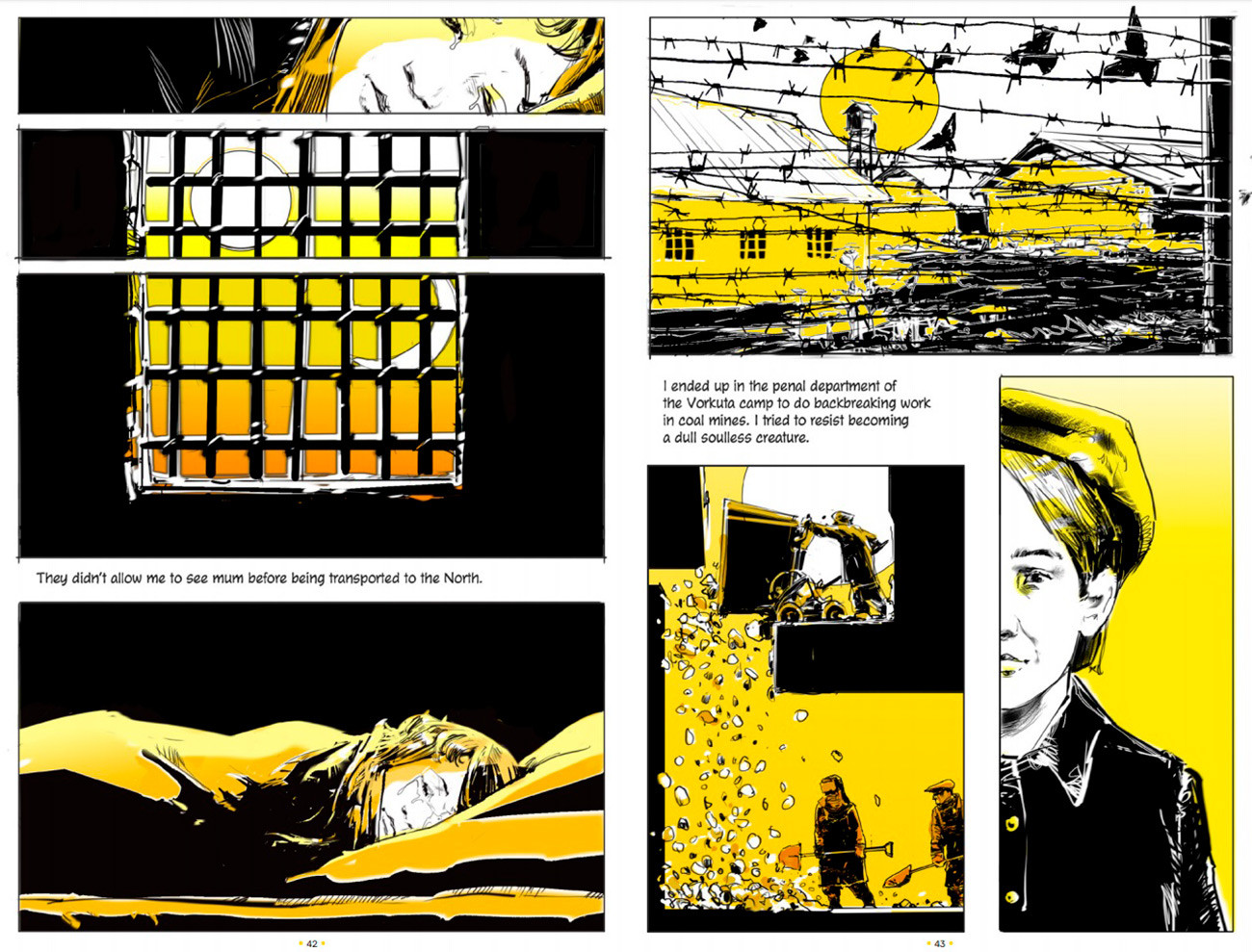 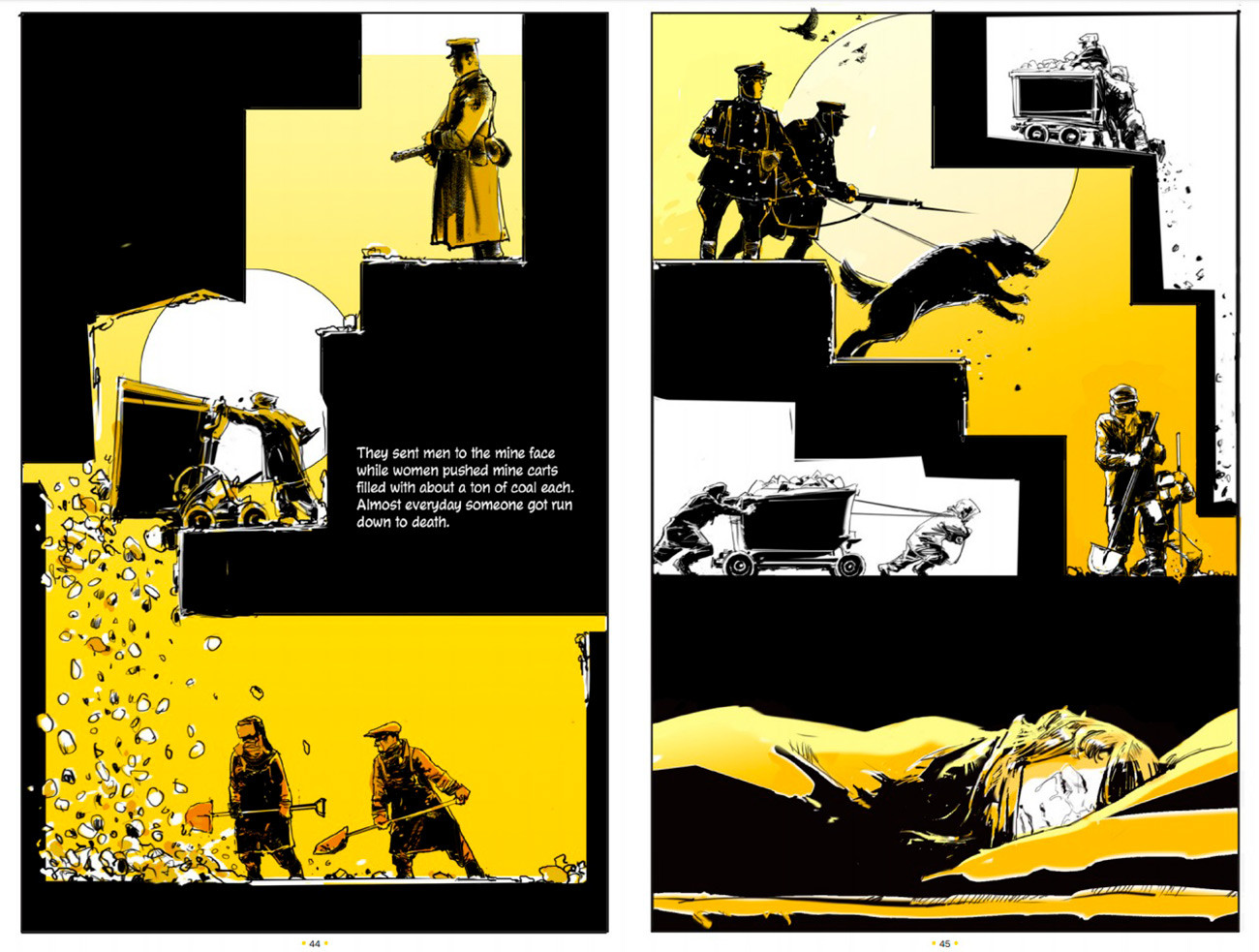 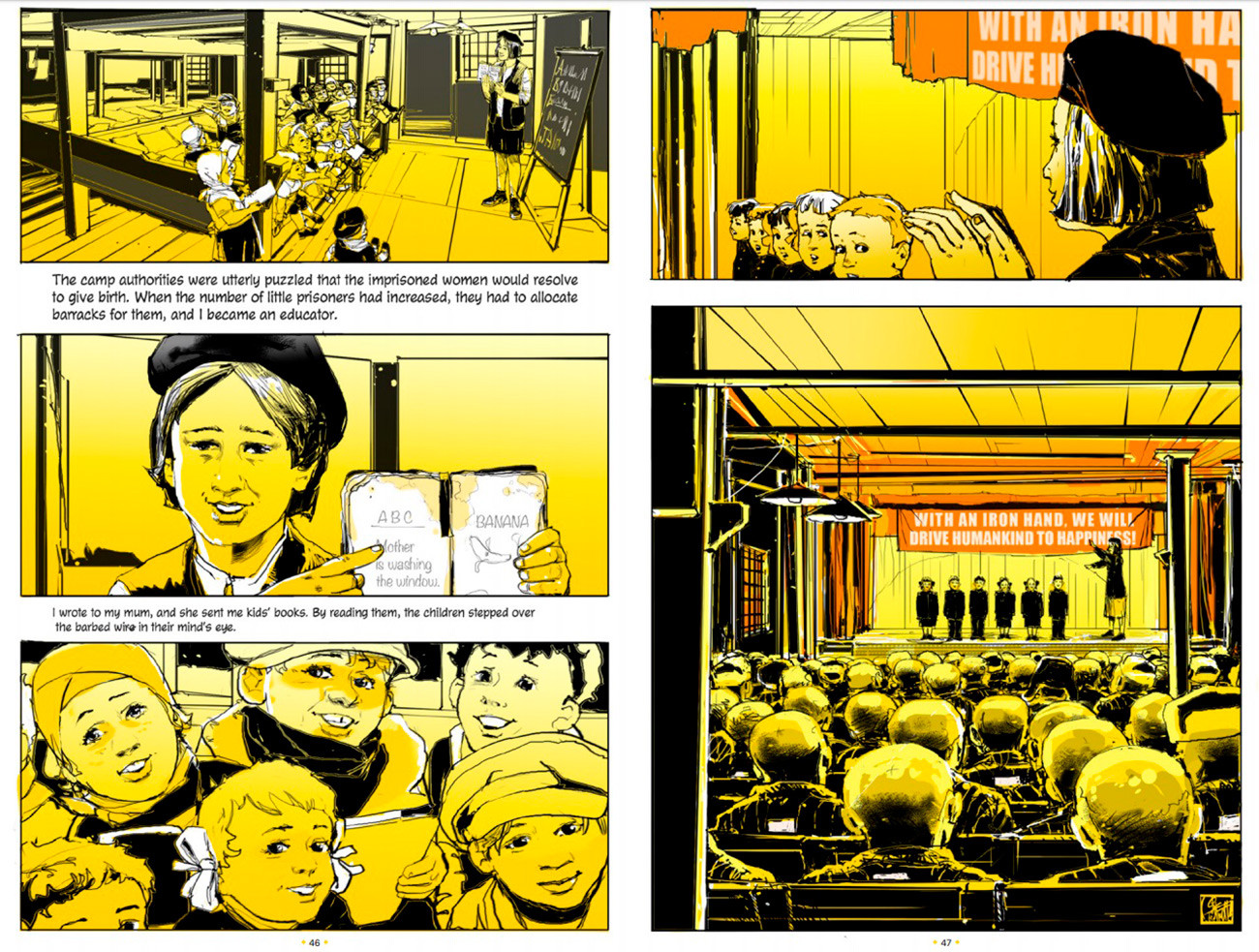 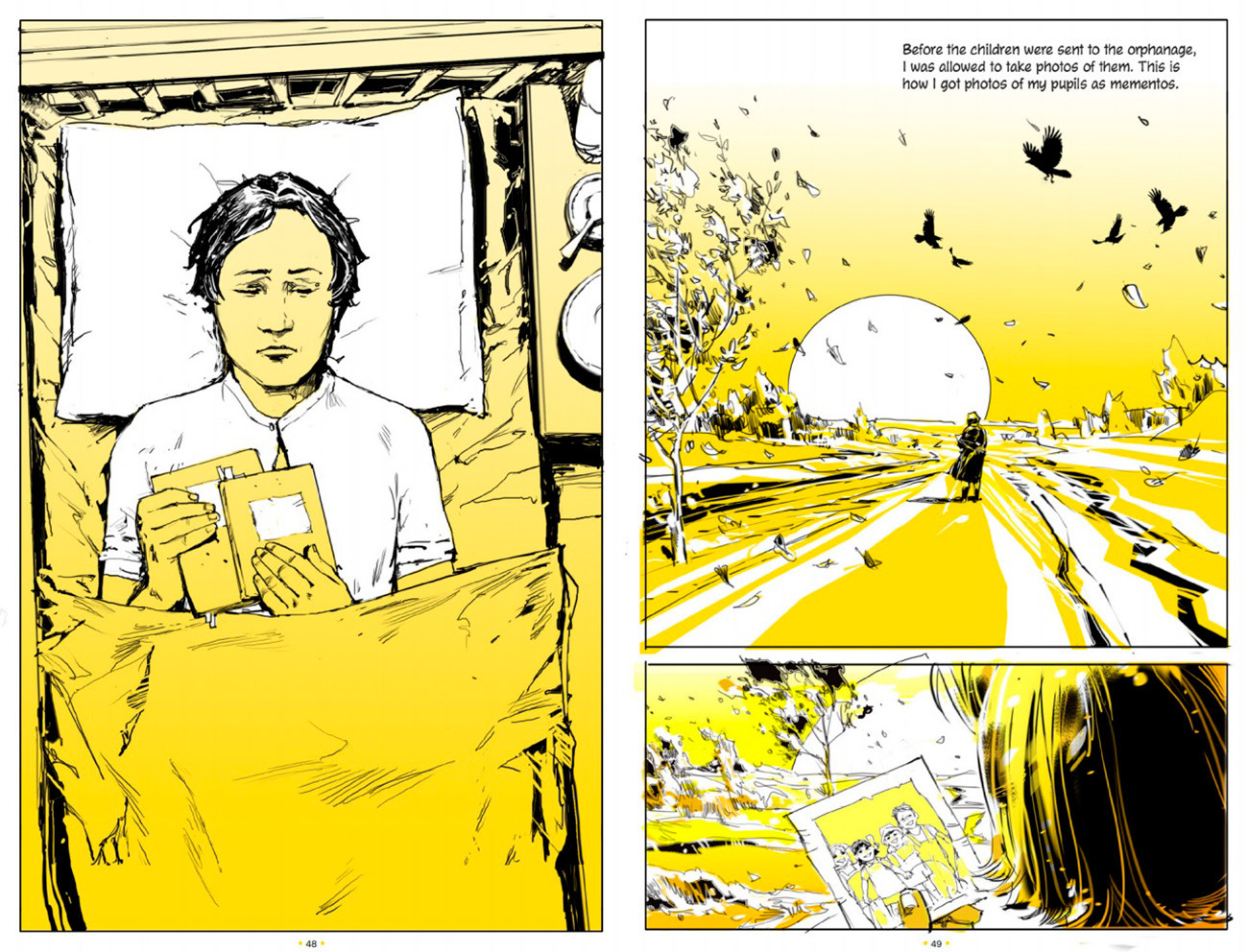 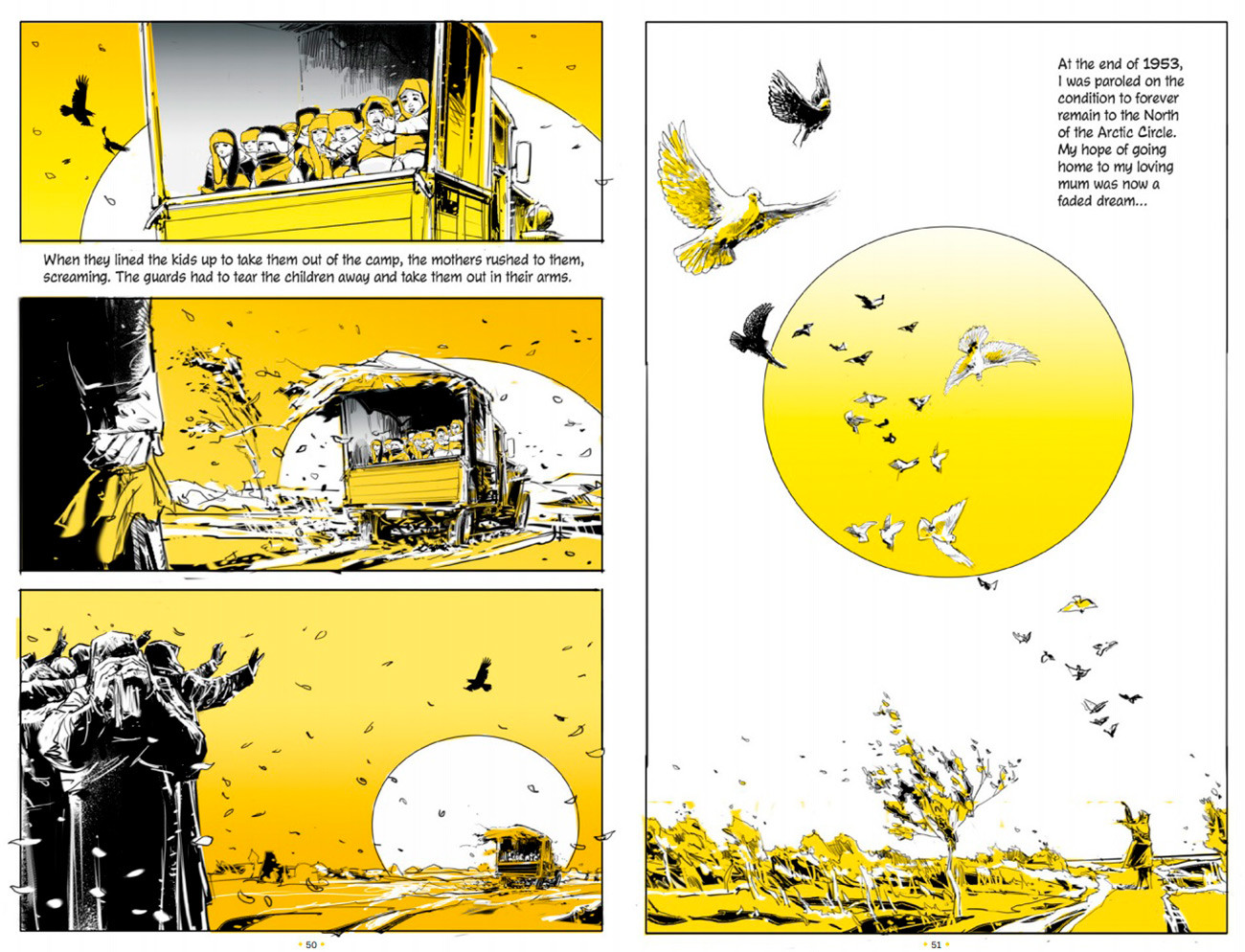 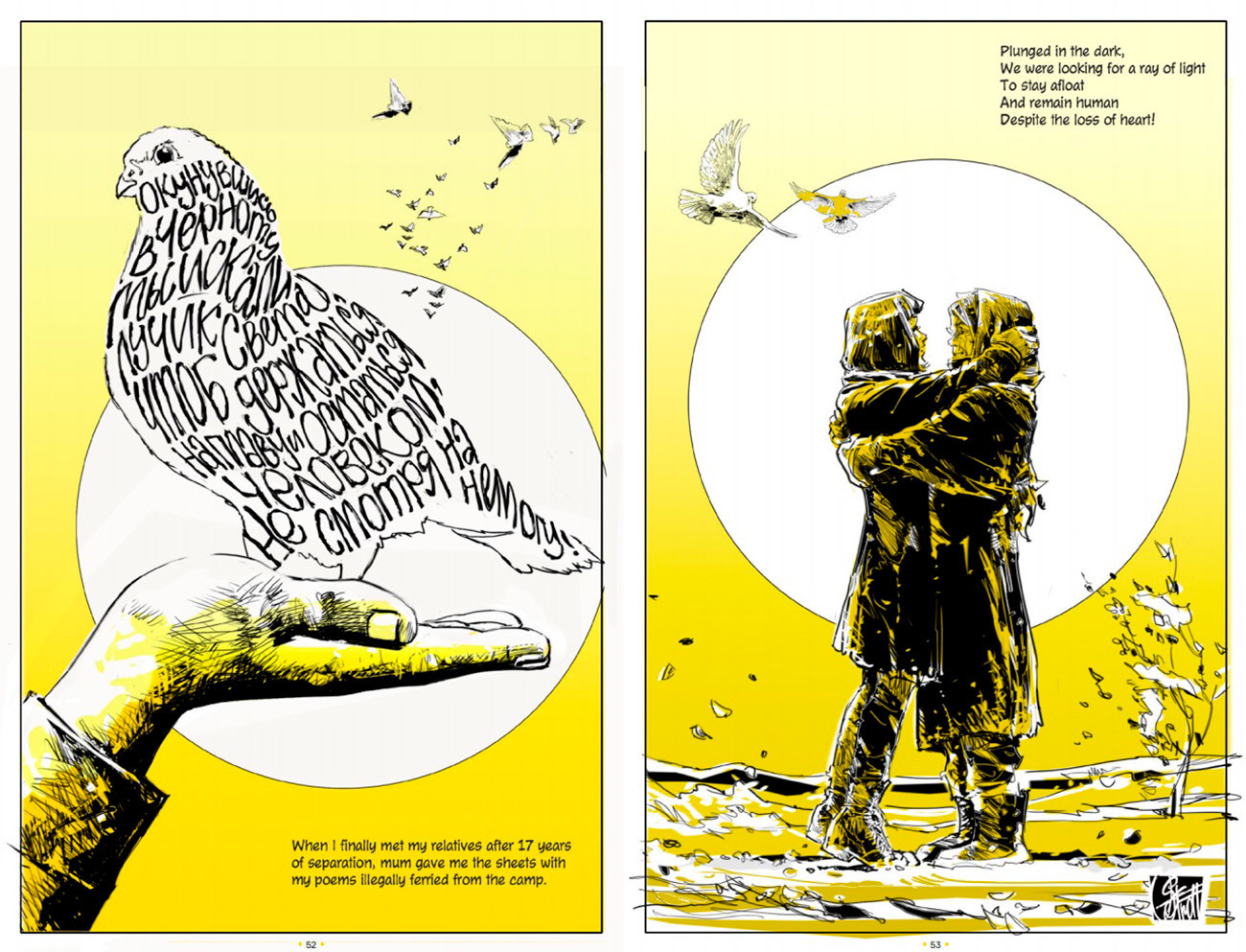 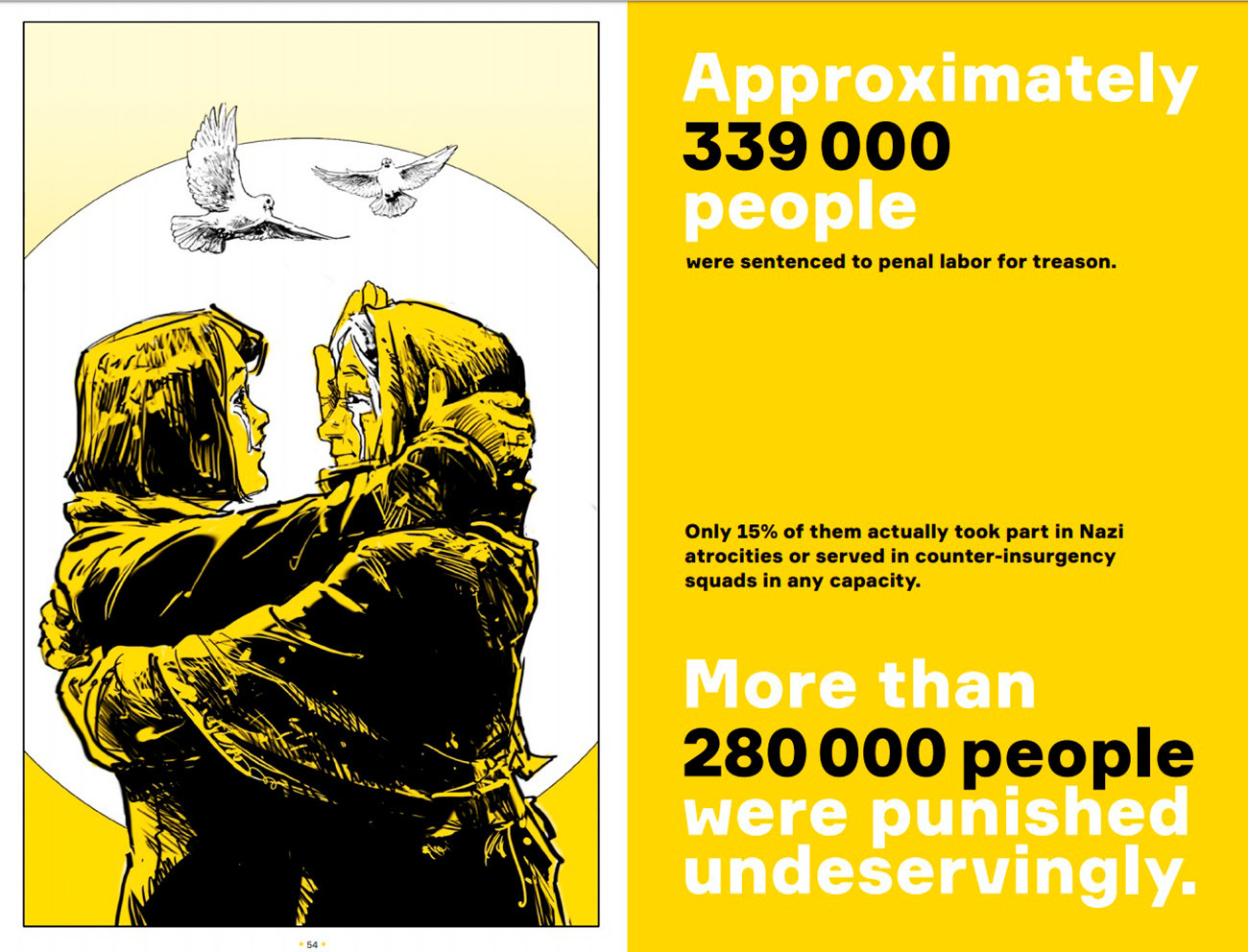 If you know Russian you can watch a video interview with the protagonist, Elena Markova.