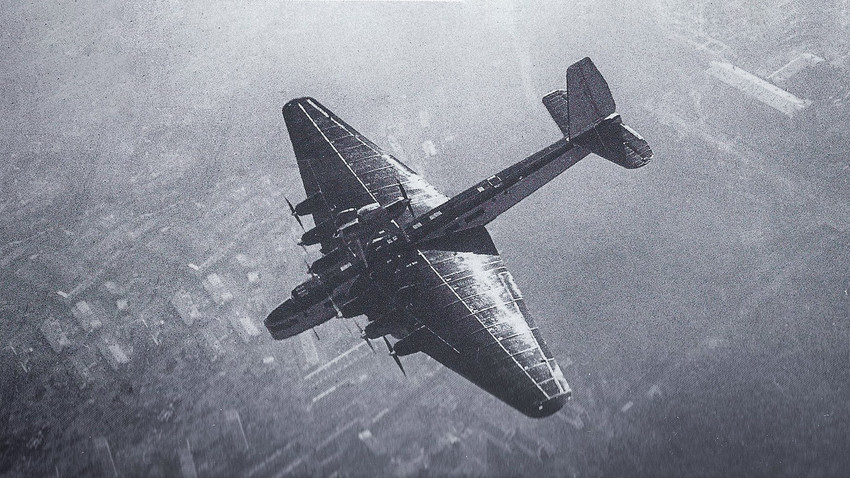 Public domain
A tragic fate befell not only the pride of Soviet aviation, the gigantic Maxim Gorky, but also the entire family of such aircraft and the people involved in its creation.

“The construction of a giant propaganda plane will revitalize our agitprop methods as the country reaches new technological heights...,” wrote journalist Mikhail Koltsov in 1932. Under Stalin’s personal patronage, Koltsov was the ideological driving force behind the project to build what was then the largest aircraft in the world. 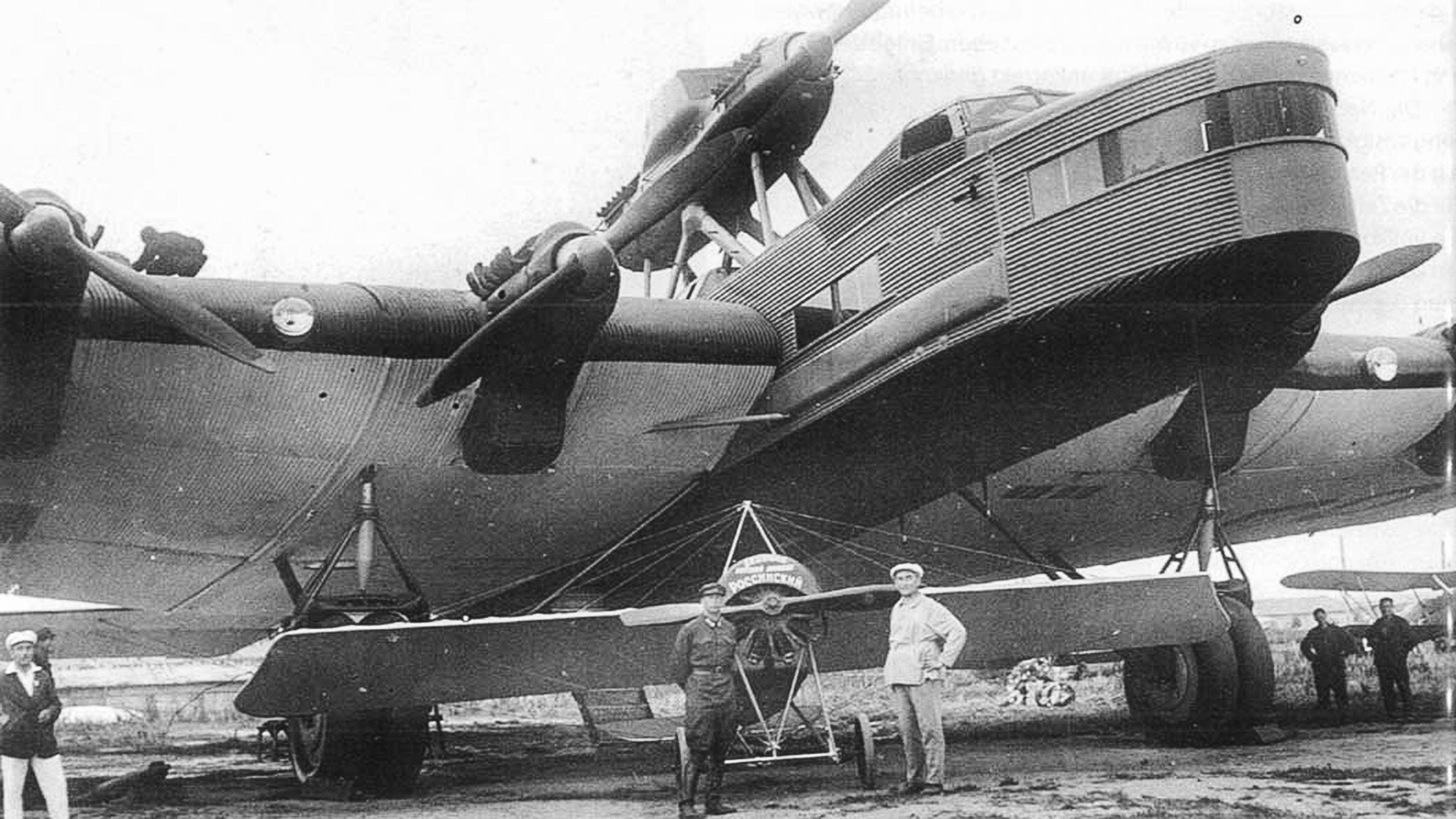 Intended to become the pride of Soviet aviation, this flying wonder was conceived as the Soviet Union’s flagship propaganda aircraft, and a key element in the promotion of communism. It was to be equipped with a “voice from the sky” radio set and onboard printing machinery able to produce thousands of leaflets. There were even plans to beam slogans onto the clouds using a projector.

The giant plane was also a symbolic gift to the country’s most prominent wordsmith, Maxim Gorky, who was celebrating his 40th anniversary as a writer that year. And so it was that in 1934 the Tupolev ANT-20 Maxim Gorky made its maiden flight.

For the 1930s and beyond, the aircraft’s dimensions were truly phenomenal. Developed by designer Andrei Tupolev on the basis of the TB-4 bomber, the ANT-20 measured 33 meters in length with a wingspan of 63 meters — a full 15 meters more than the largest plane of the day, Germany’s Dornier Do X flying boat.

The aircraft was fitted with eight 900 hp M-34FRN piston engines. Six engines were initially planned, but they were not enough to lift the 30-ton giant. 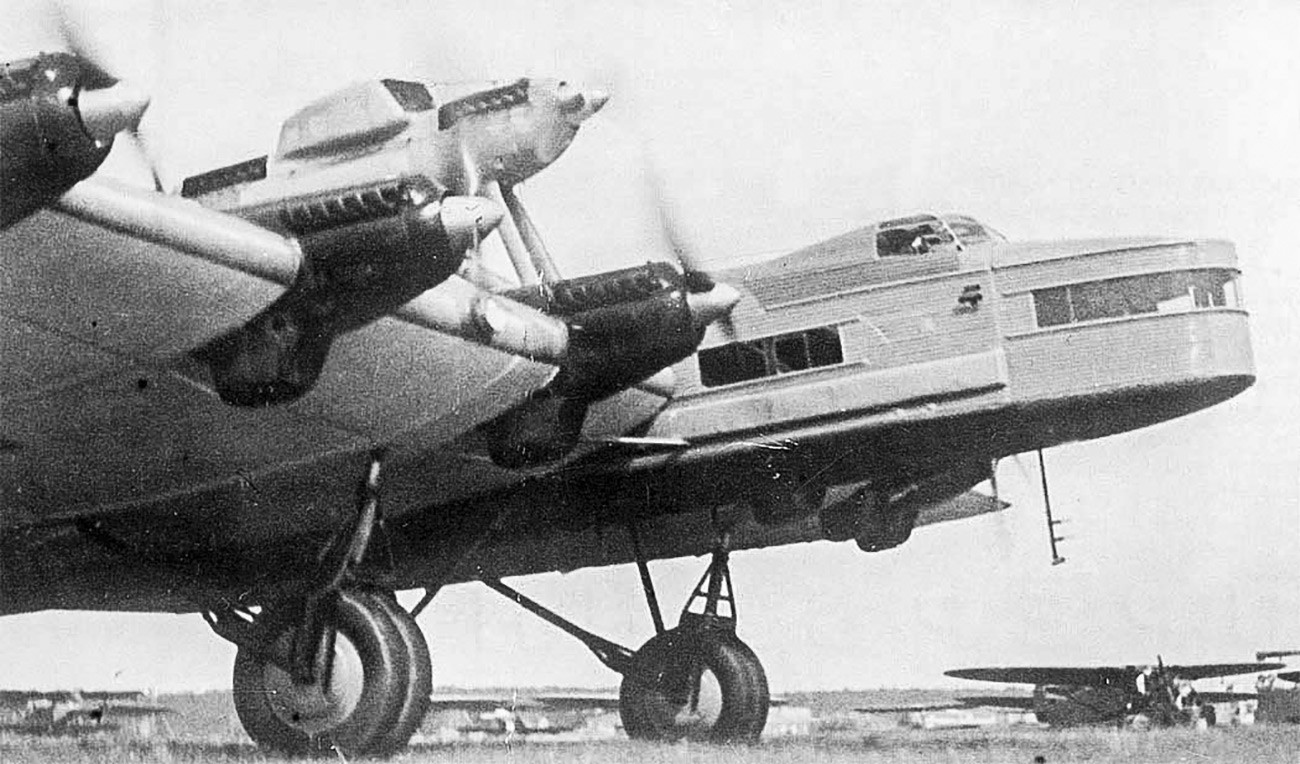 What it lacked in speed (max. 220 km/h), the ANT-20 made up for in terms of comfort, which was atypically high for Soviet aviation of the 1930s. Up to 48 passengers could be accommodated in the ​​100 square meter interior. And inside were spacious armchairs, carpets, tables with lamps, and curtains on the windows.

After relaxing in the sleeping cabins, guests could enjoy an electrified buffet bar serving cold and hot snacks, followed by some reading time in the onboard library. For the convenience of passengers and crew, there were toilets, washbasins, a provisions store, and a luggage compartment. 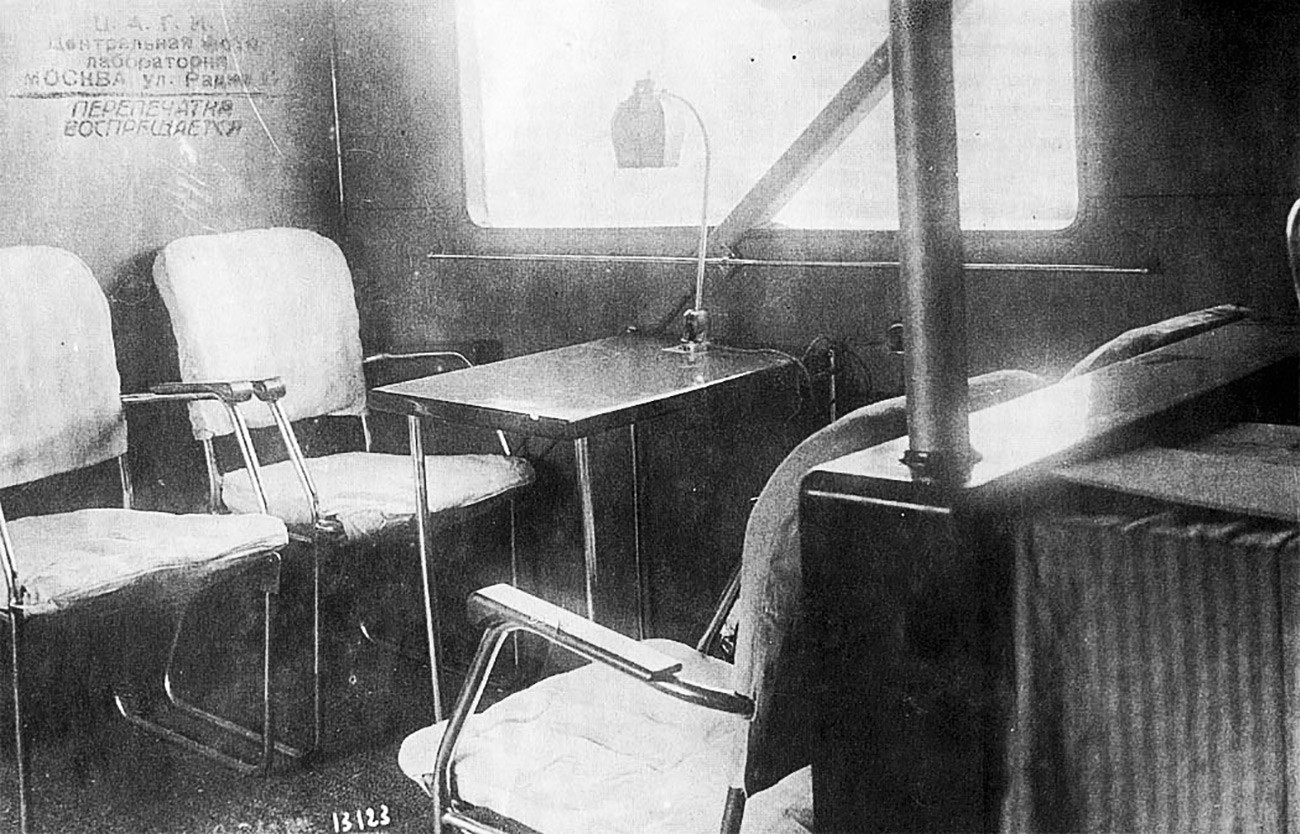 The Maxim Gorky was capable of serving as a transport or passenger plane, a bomber, a military air command center, or a Soviet version of Air Force One. The main purpose of the ANT-20, however, was propaganda.

Its creators managed to implement almost all the ideas proposed by Koltsov. The vessel was equipped with an automatic telephone exchange with 16 numbers for communication with government departments back on terra firma. The pneumatic mail system allowed the commander to exchange messages with the radio operator and agitprop journalists on board. 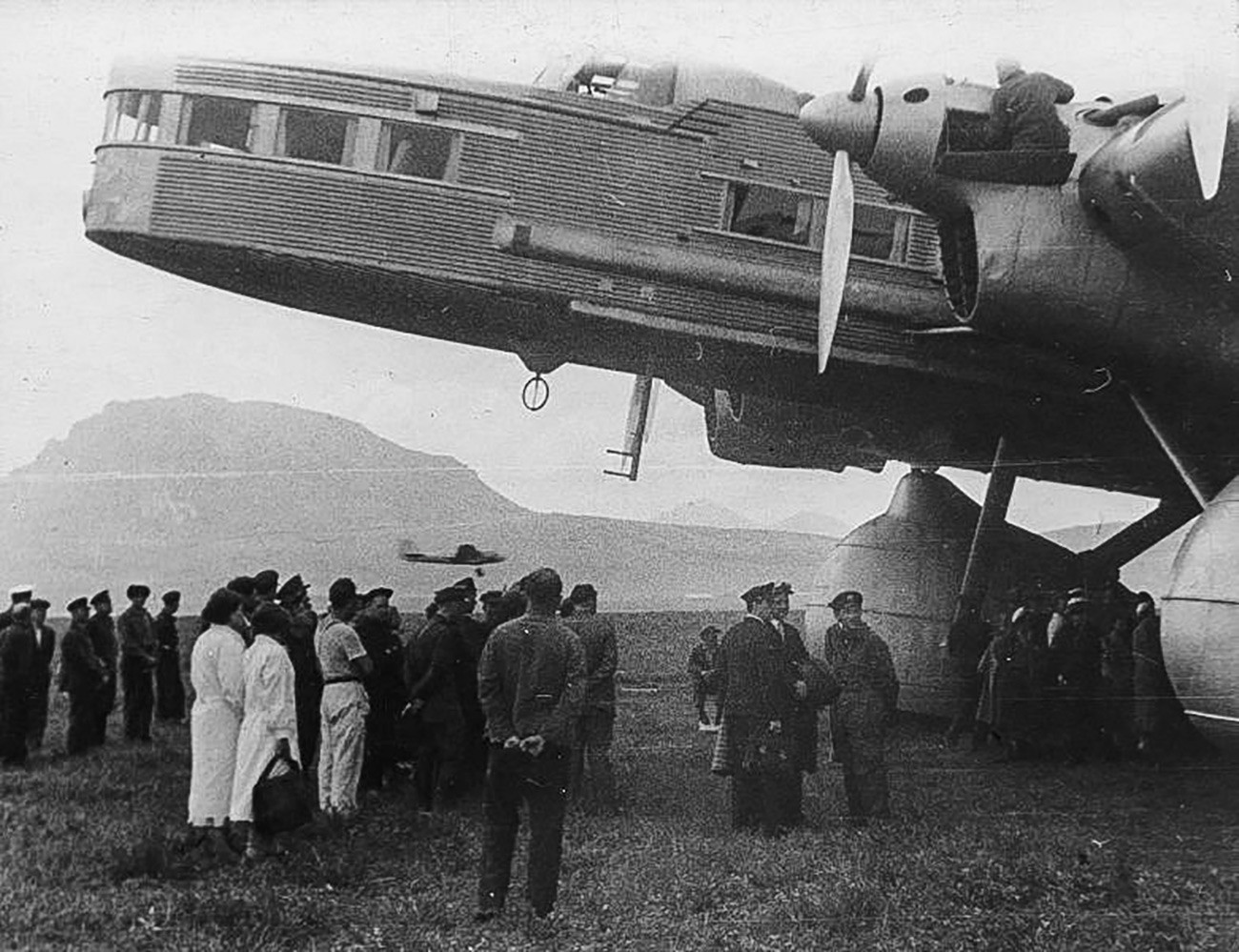 The ANT-20 was also equipped with a powerful loudspeaker, a darkroom and a printing press, which, thanks to a special power station installed inside, could print up to 10,000 leaflets per hour.

However, the idea of ​​projecting slogans and even films directly onto the clouds in mid-flight proved technically impossible, so instead film screenings were held at airfields.

Regrettably, the life of the giant agitprop aircraft was brief. It managed only a handful of successful flights, one of which was witnessed by French writer and aviator Antoine de Saint-Exupéry, who was paying a visit to Moscow.

In the spring of 1935, the ANT-20 was due to be handed over to the newly created Gorky air propaganda division. To mark this event, a ceremonial flight over Moscow was scheduled for May 18. 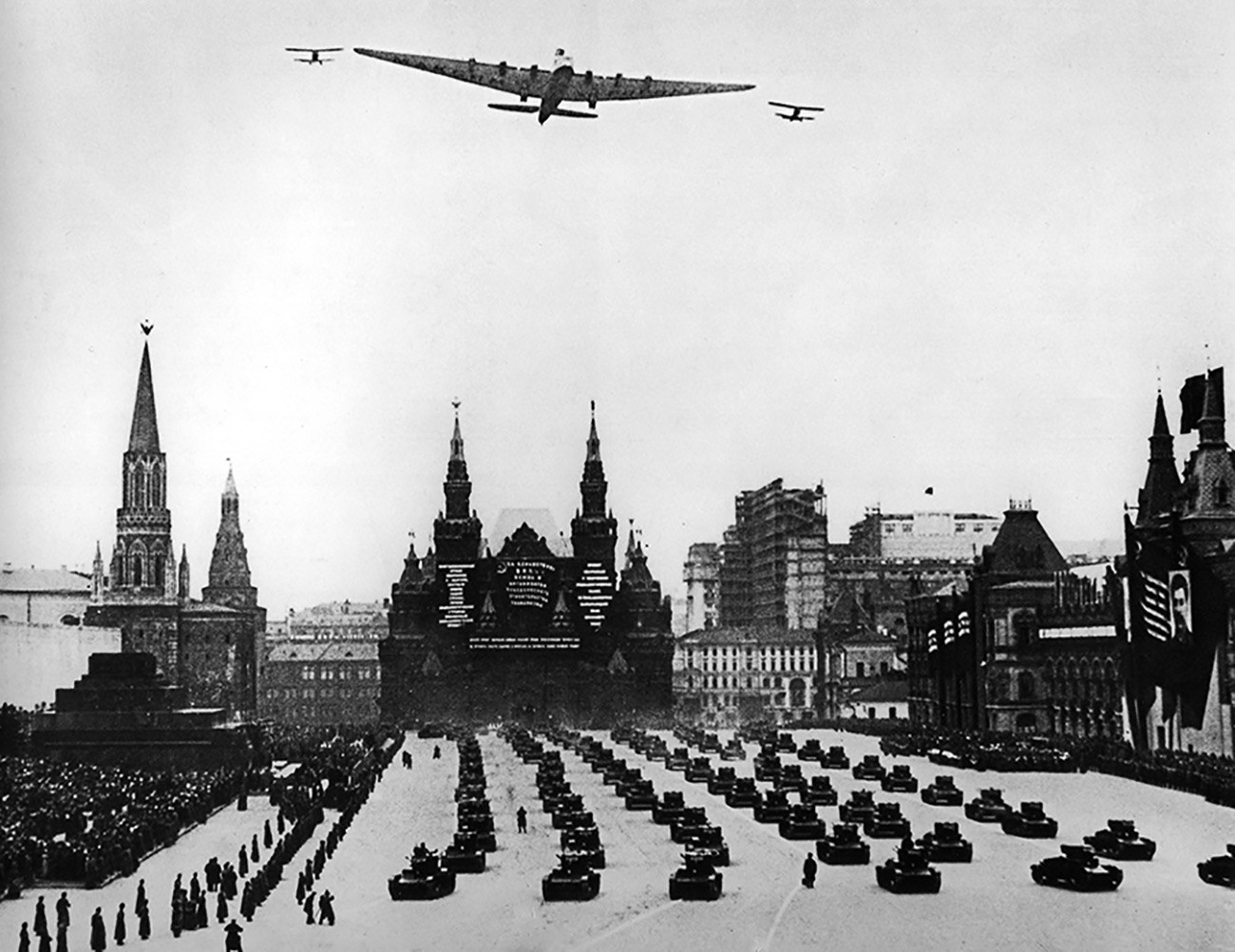 The plane took off with 38 factory employees on board — the construction team and members of their families, among them seven children. It was accompanied by an R-5 bomber and an I-5 fighter so as to clearly demonstrate to the audience below how enormous the Maxim Gorky was.

During the flight, the I-5 pilot Nikolai Blagin began performing an aerobatic maneuver very close to the ANT-20. While looping the loop around the giant, he lost speed at the apex and smashed into the right wing of the Maxim Gorky gliding along beneath.

Crumbling to pieces as it tumbled by inertia, 15 seconds later the ANT-20 crashed into the dacha settlement of Sokol. The death toll was 49 people: 38 passengers and 11 crew members, as well as the I-5 pilot. 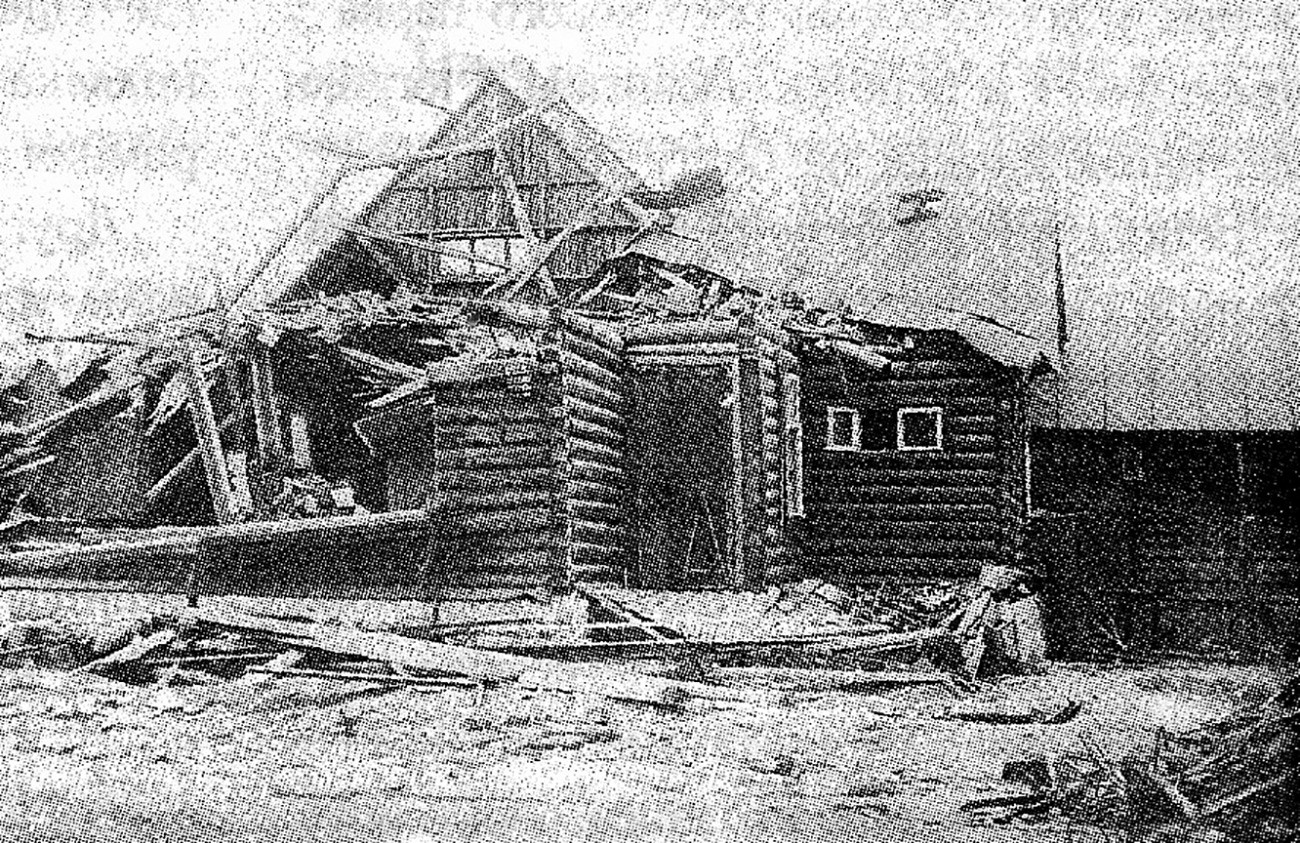 It turned out during the subsequent NKVD investigation that an hour before the flight two film studio representatives, V. Ryazhsky and A. Pullin, had insisted, without the permission of the flight officials, that Blagin should perform the stunt for the sake of some great cinematic footage. Both were prosecuted.

The destruction of the Maxim Gorky was not the end of the project itself. The decision was taken to build a new improved version, the ANT-20bis, equipped with six even more powerful M-34FRNV engines (up to 1,200 hp). 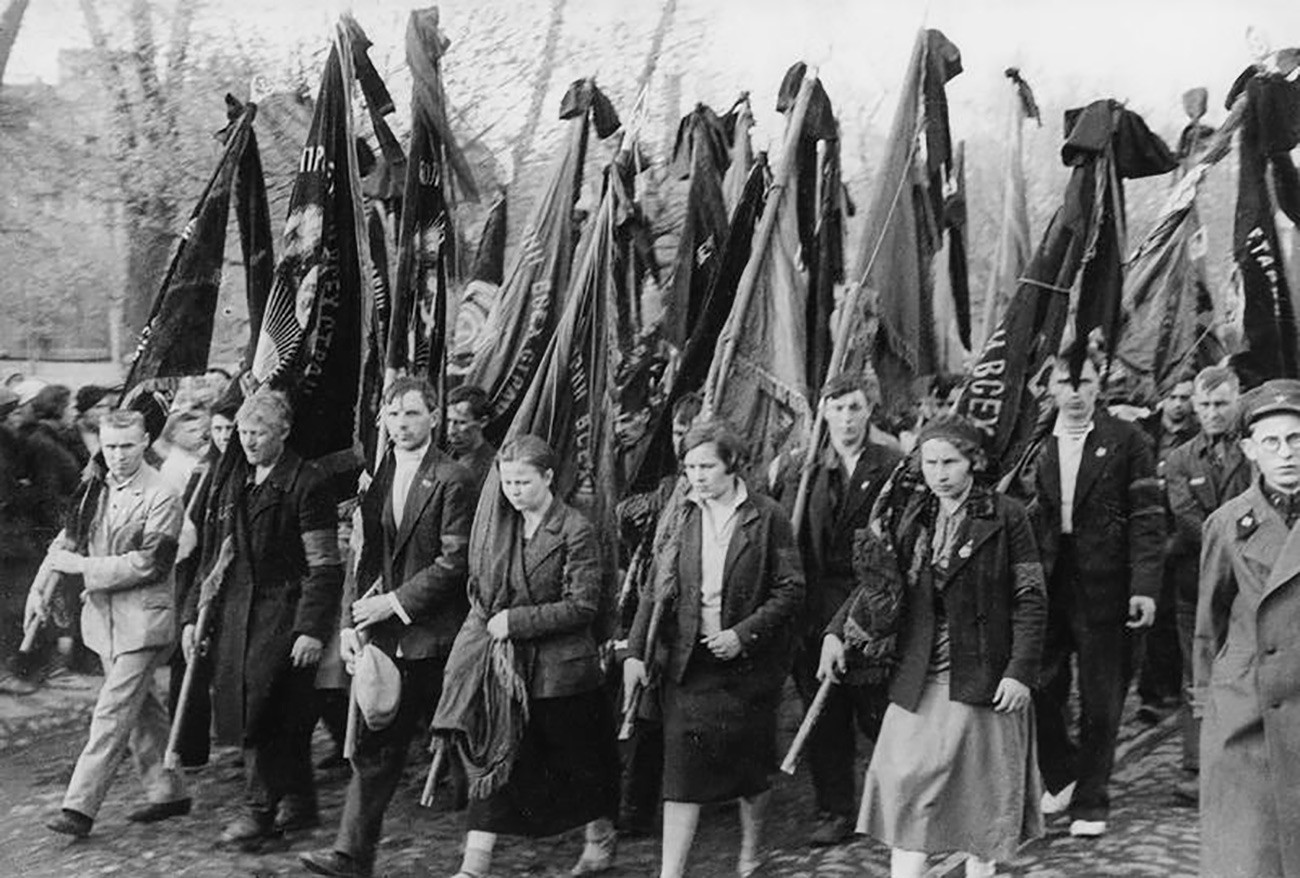 Funeral of the people killed in the ANT-20 crash.

However, the fate of the new giant was no less tragic. After 272 hours of passenger and cargo flights, it crashed on Dec. 14, 1942 in Uzbekistan. The tragedy claimed the lives of 26 passengers and 10 crew members.

After that, the project was finally abandoned, and neither the ANT-20, nor the ANT-20bis was ever put into serial production. 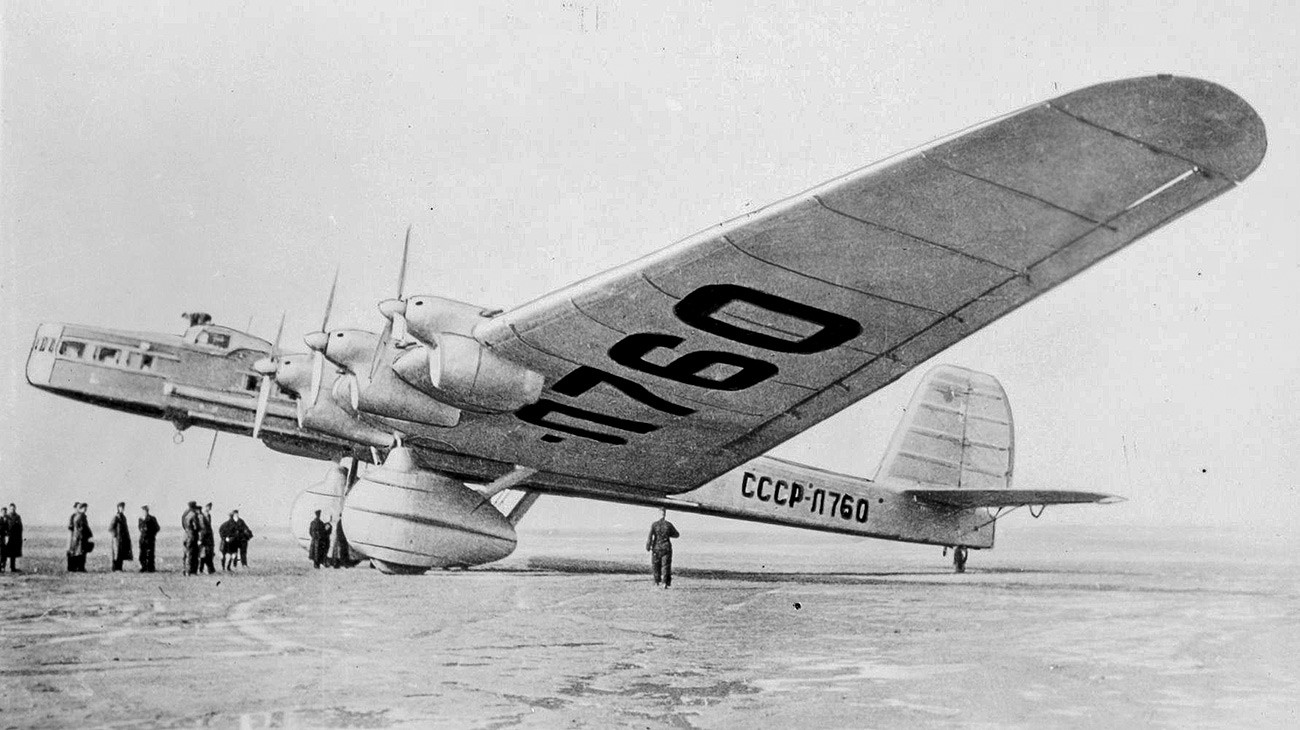 Nor did the torch-bearer of the giant propaganda plane, Mikhail Koltsov, outlive his brainchild by very long. Having fallen foul of his moustachioed benefactor, he was arrested and shot on Feb. 2, 1940, for “participation in a conspiracy against the Communist Party and Soviet power.”