Physical education in Soviet schools – what was it like? (PHOTOS) 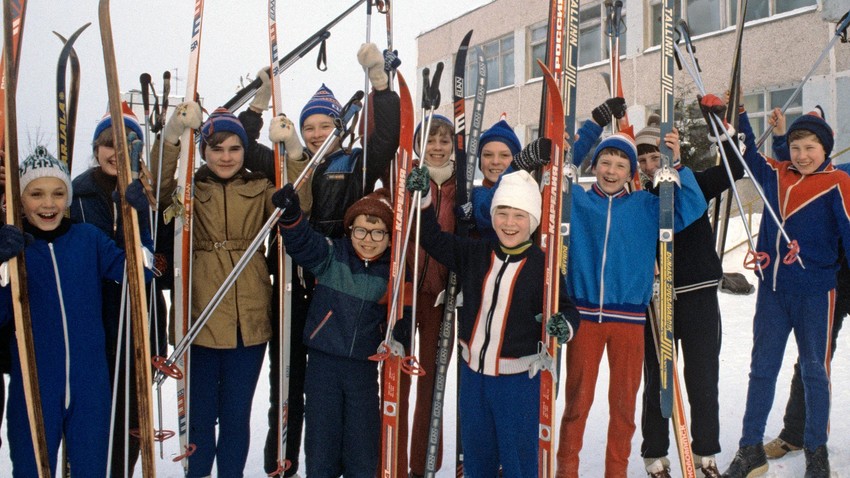 Vladimir Akimov/Sputnik
In the USSR playing sports was a part of everyday life. It was thought that it’s better to have a sound mind in a sound body, and so, starting in childhood each self-respecting Soviet man and woman had to care for his health and physical activity.

A muscular figure, chiseled torsos, strong arms and a look, directed towards the bright future - ideal young men and women from Soviet posters became a new way of motivation for the whole nation. Why did they pay so much attention to sports in the Soviet era?

During the 1920-1930s, the Soviet nation was exhausted. For example, child crime was rapidly growing, because in the years after the Revolution and the Civil War the country saw millions of children lose their parents and end up living on the streets. Sport was a way to combat crime for the younger generation. Besides it helped to fight alcoholism and other unhealthy habits. 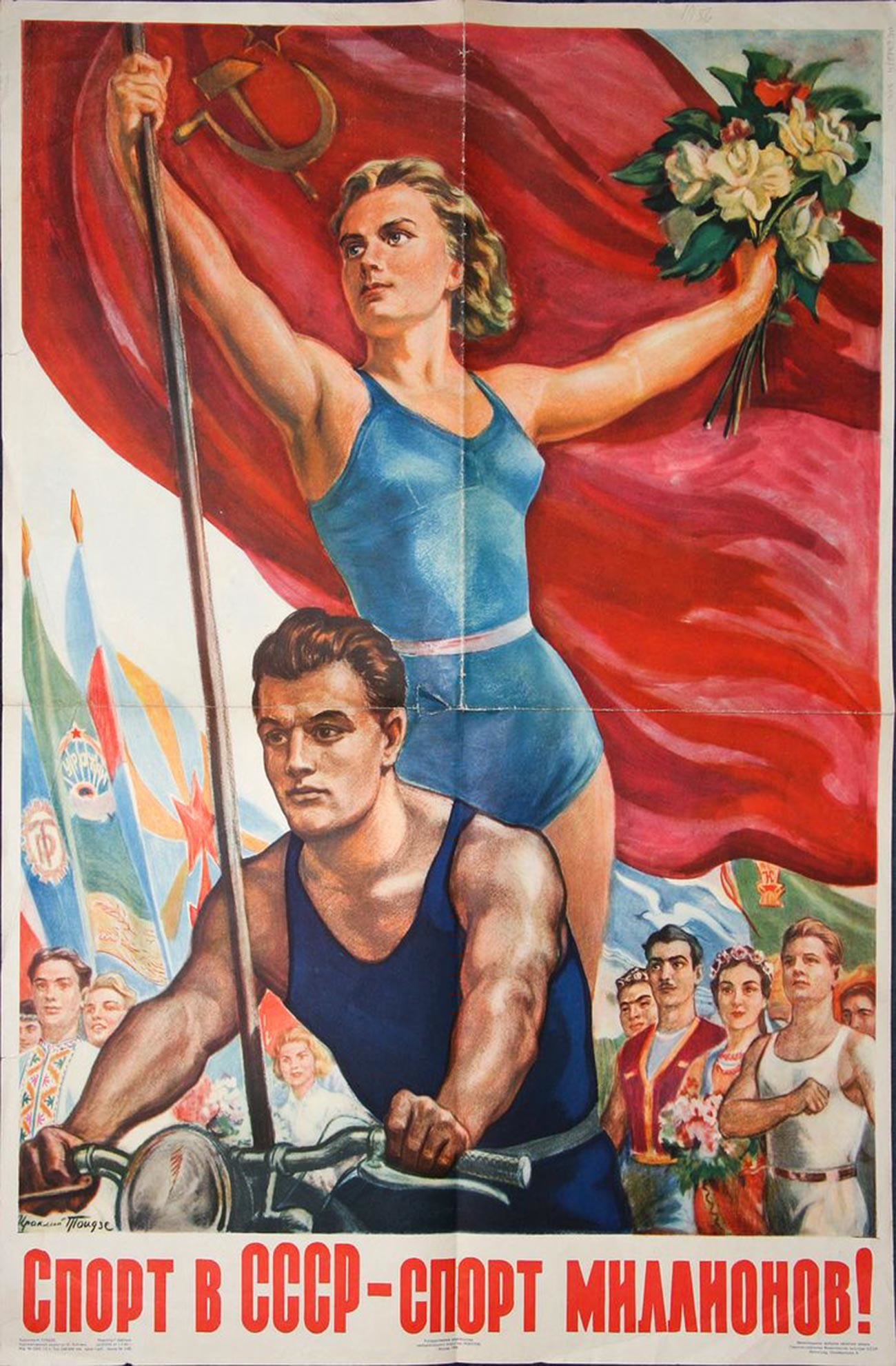 Sports in the USSR - sports of millions

Difficulties in the country's foreign policy and the population's fragile state of health endangered the USSR's security. It wasn’t beneficial for the Soviet government to constantly maintain a standing army, which is why authorities decided to start mass propaganda of sports so the working people would be in excellent physical shape and, if necessary, could defend their homeland.

To achieve this goal, the government took several coercive actions. For example, the daily regime for Soviet man began with a radio program of the obligatory morning exercise. Throughout the course of the day he had to complete a production exercise with all his colleagues. 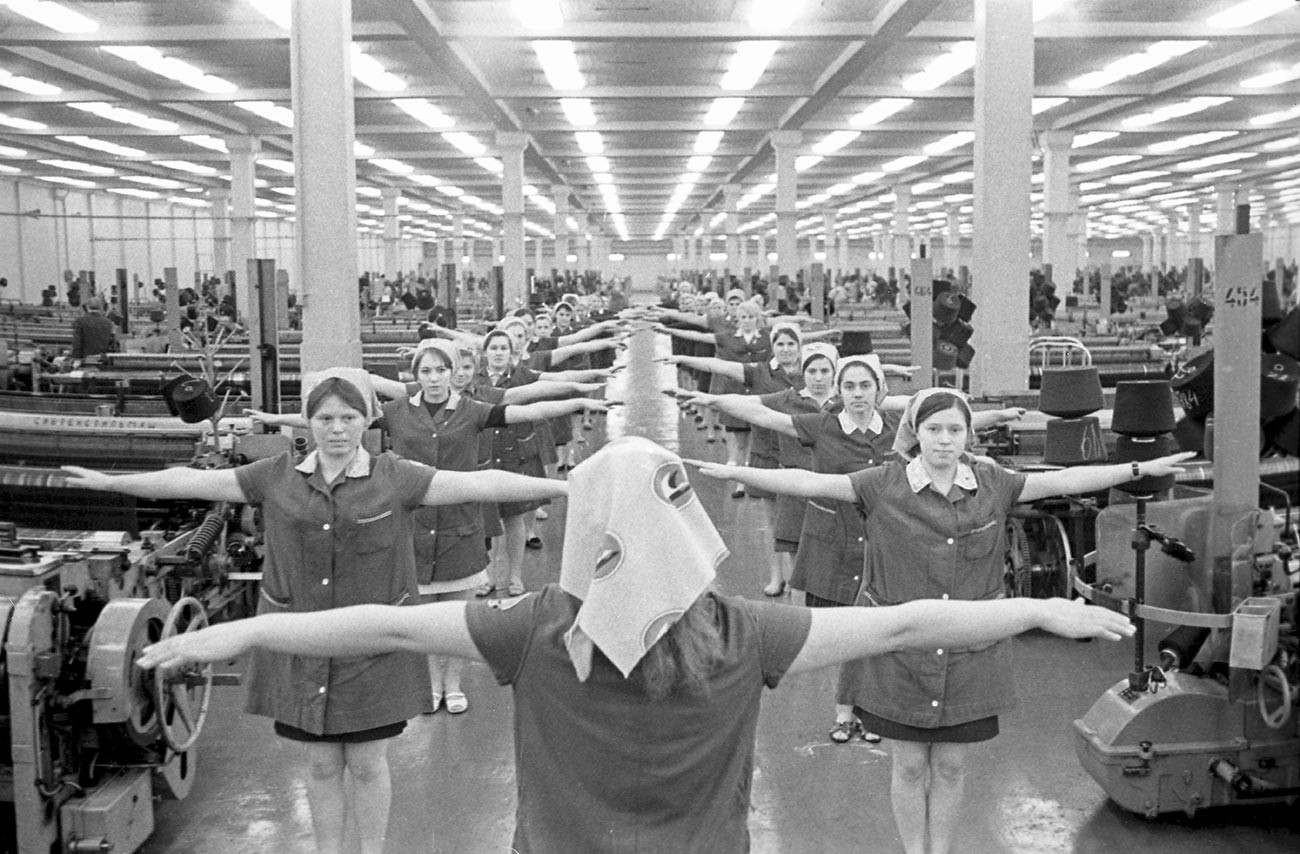 Later, in the post-Soviet era people even made fun of this "routine" in jokes:

— Are you doing the exercises from the morning radio program?

— Of course. But I only do the first one. 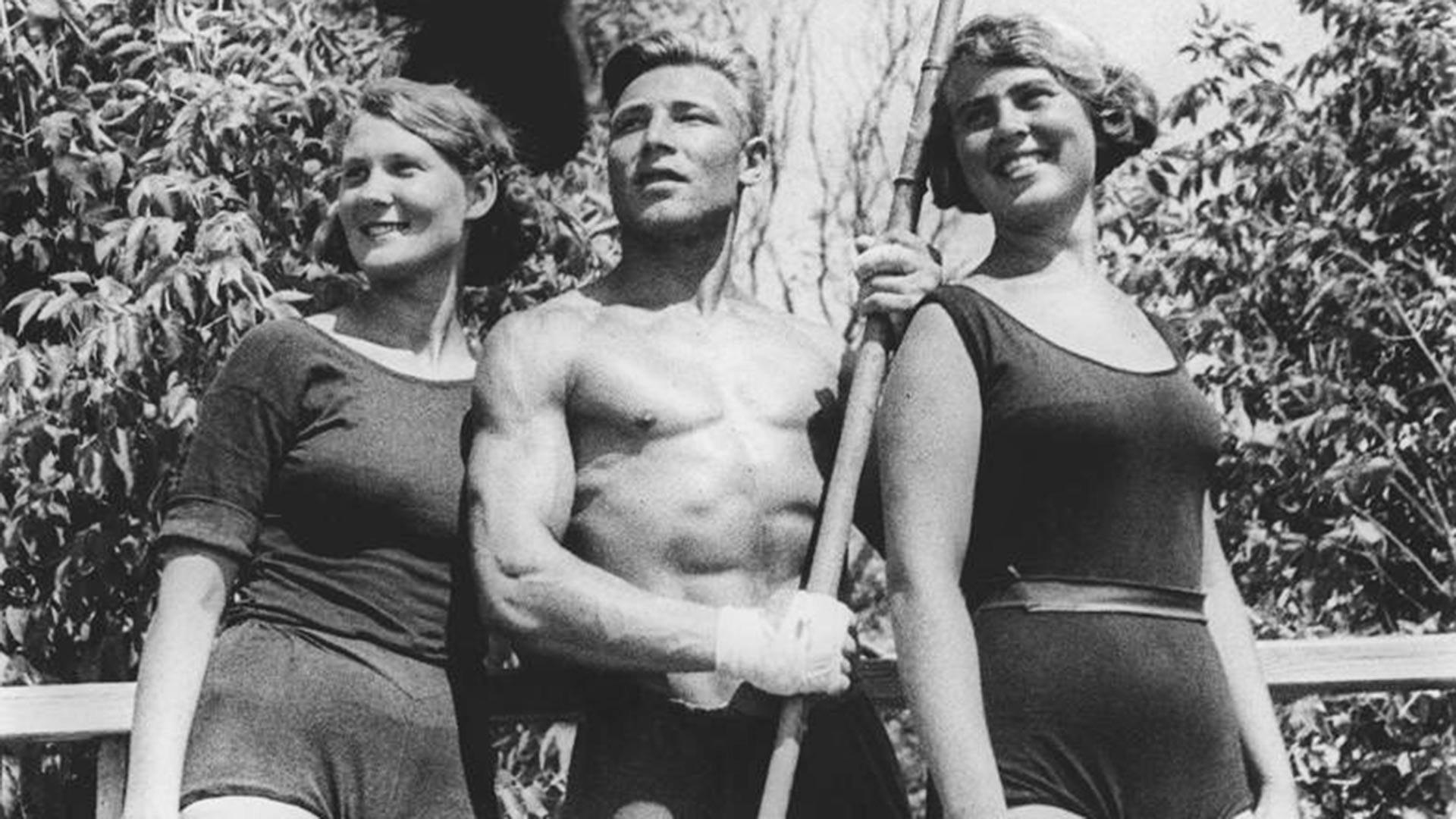 Paradoxically, it was thanks to the propaganda slogan “Oh, sport, you are peace” that many Soviet people actually started to enjoy their everyday workout, and so it quickly became a trend. Sports were considered to be the cure for all diseases; therefore, the authorities tried to inculcate the importance of sports starting in childhood.

Soviet schools aimed to give a versatile regime of exercise: gymnastics and acrobatics, outdoor activities (even in winter), and in-door gym equipment. Some educational institutions, for example, specialized sport schools, also had their own swimming pools, which was considered a privilege. 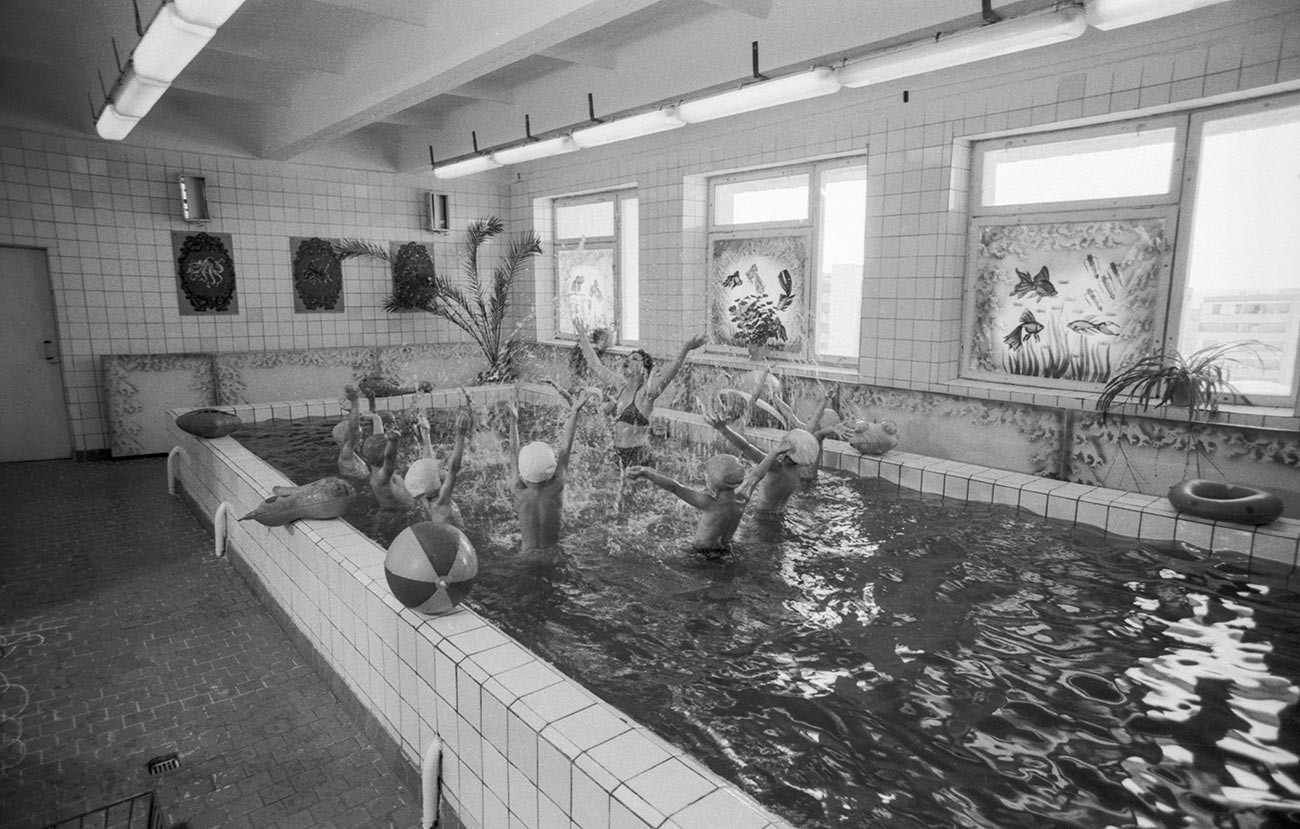 Swimming pools were a rare luxury thing for Soviet schools

After the launch in 1931 of the mass physical training program, known by the Russian acronym, GTO which means “Ready for Labor and Defense” (you can read more about it here), the popularity of P.E. classes among the youth increased significantly. 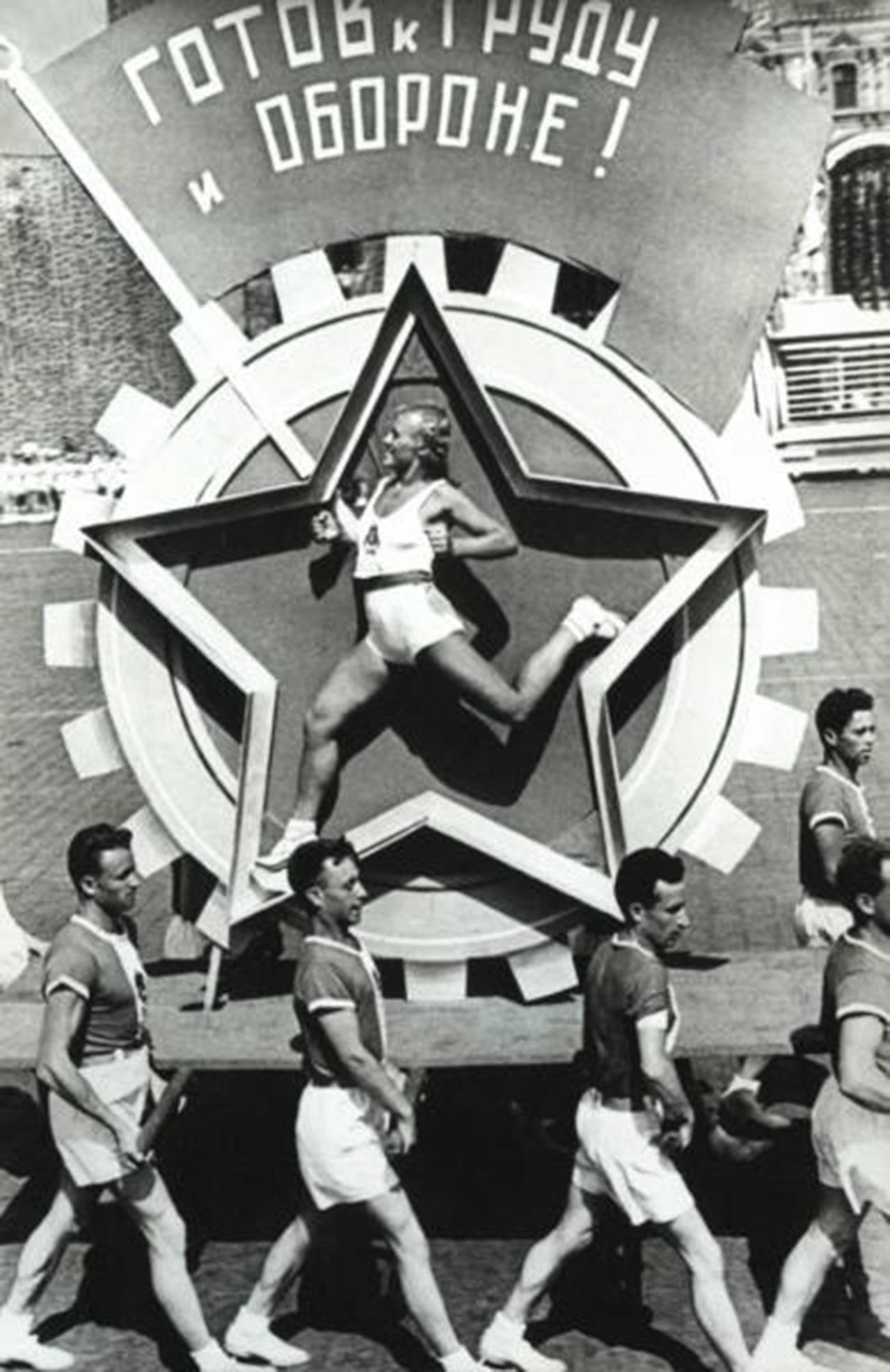 GTO emblem which means “Ready for Labor and Defense”

According to a particular age, an athlete had to complete various exercises over a certain period, but it wasn’t an easy task: to earn a golden badge, a man aged 19 to 28 had to do 13 pullups and run 100 meters in 13 seconds; while for ages 29 to 39 years, it was 9 pullups and 14 seconds for running, and these are just two of many more! 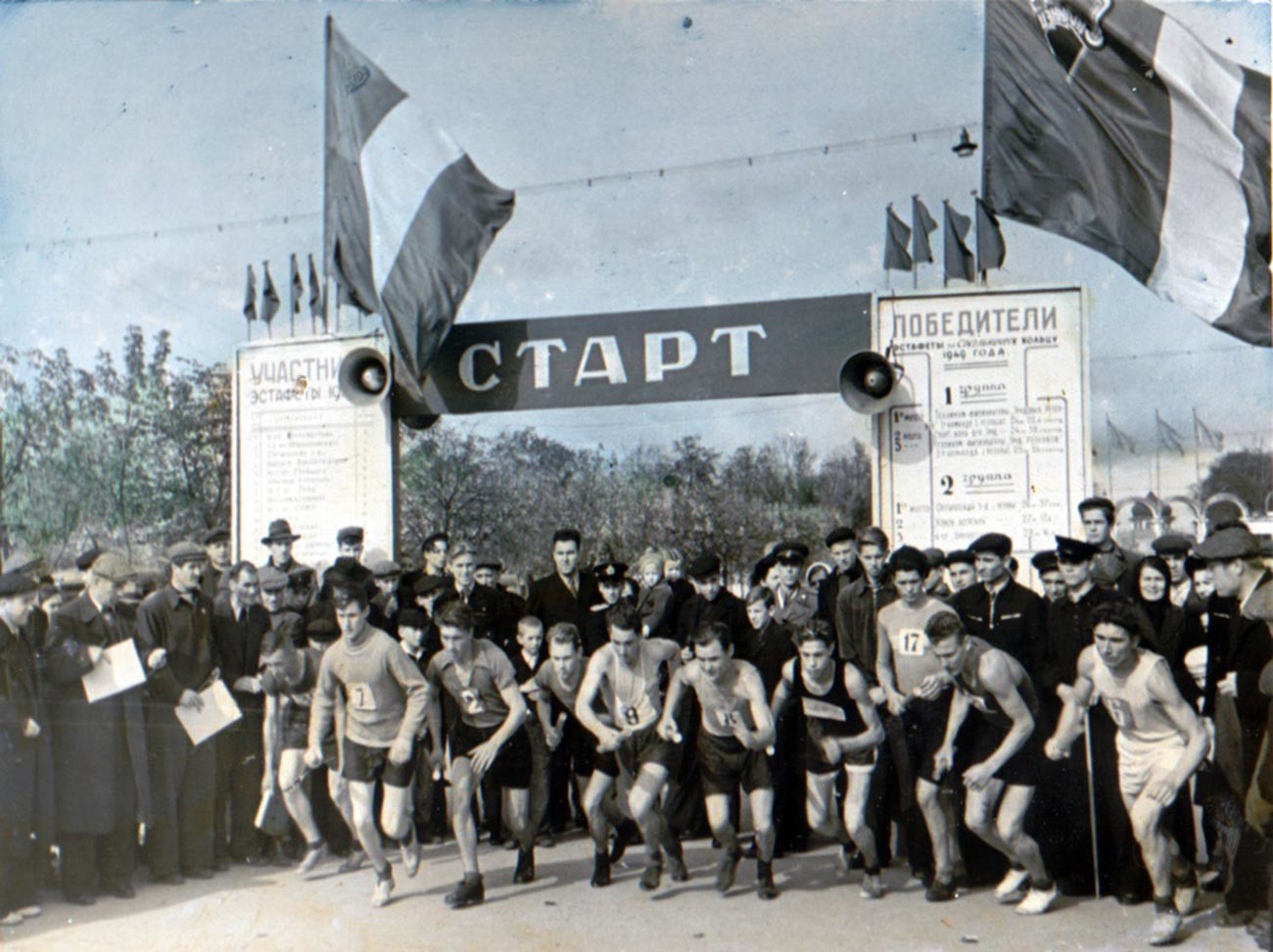 The GTO slogan was even immortalized in poetry, for example, a Soviet poet  Samuel Marshak wrote: “A story about an unknown hero,” which emphasized the good physical form and courage of the unimprovable Soviet citizen: “Many guys are broad-shouldered and strong <…> each one is ready for labor and defense!”

Most activities were held in a school gym. A classic P.E. lesson consisted of a necessary warm-up, running in circles, and then the main activity often included exercises using special equipment.

Children had to climb a rope, jump over a pommel horse or do backflips on the parallel bars. Athletic standards for girls and boys didn’t differ so much; and so they had classes together. The lesson usually ended with different active games such as catch up, or  games with a ball. That’s how pioneerball came about - it’s the local light version of playing volleyball. 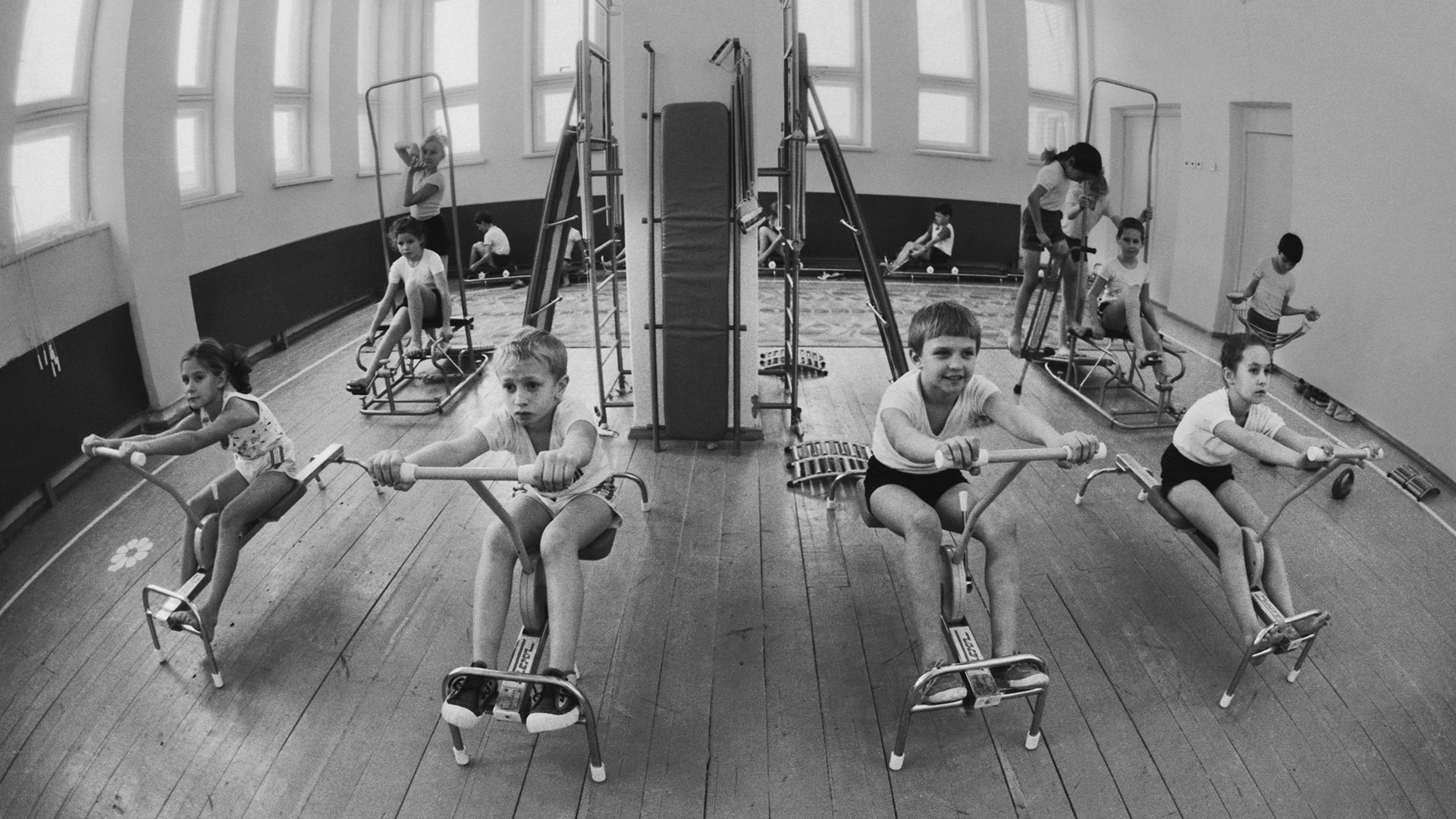 Sambo (an acronym of samozashchita bez oruzhiya, which literally translates as "self-defence without weapons"), is relatively new Soviet combat sport, and was especially popular among young men. It includes fighting techniques and moves from different nations. School children (mostly boys) were training in specialized Sambo schools or sections after the classes.

Some schools also had a special room with heavy equipment, but due to the high risk of injury, it was used mostly by older schoolchildren.

It's hard to imagine a P.E. class without games – football, volleyball and its light version, pioneerball. These were the most exciting children activities. Besides gym classes, during the warm season schoolchildren played games outdoors. Also, the best players represented their school in city competitions among schools. 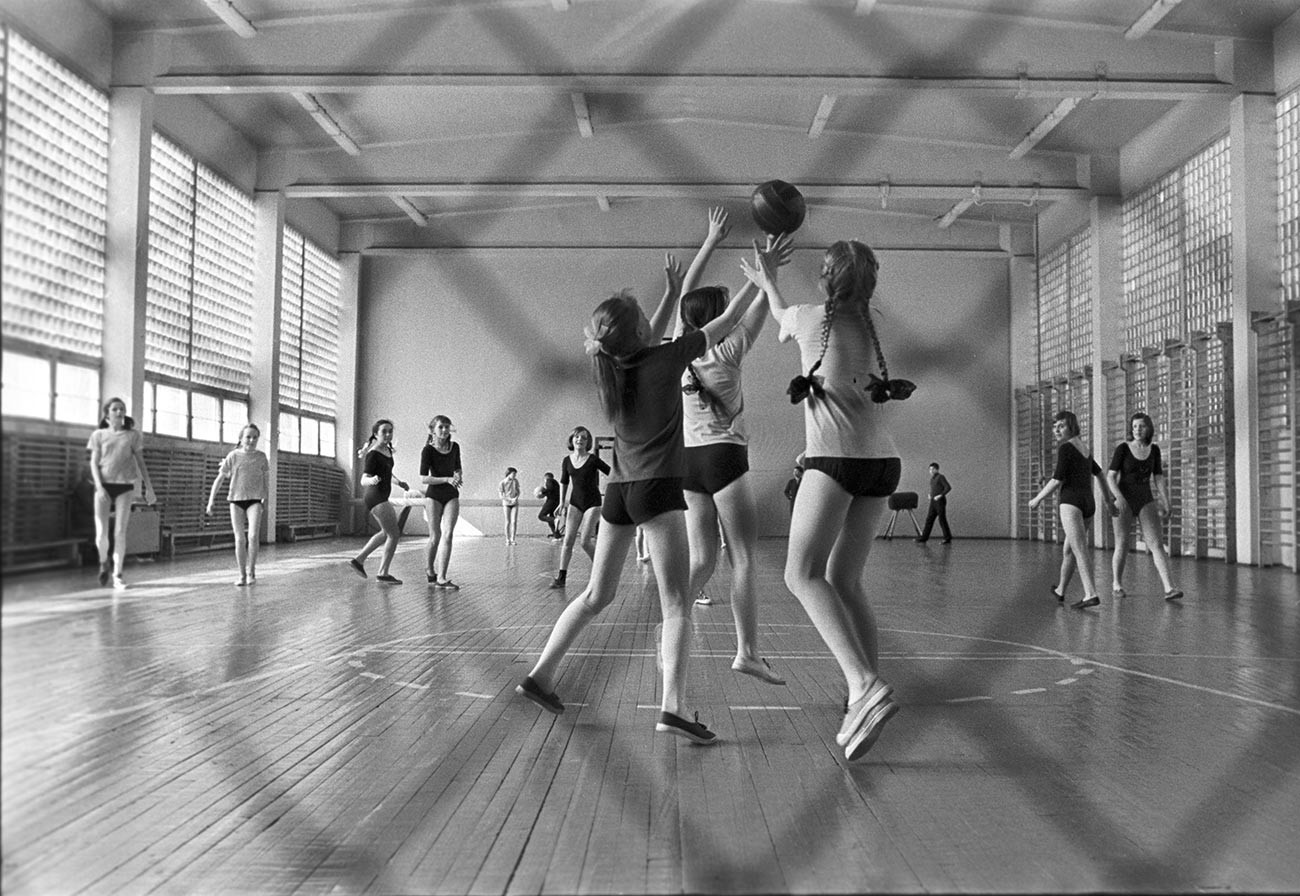 Furthermore, Soviet girls and boys took part in races that were considered one of the most essential sports activities. They formed teams and competed in agility, running through obstacles and trying to be faster than other teams. The school often organized local competitions, which even attracted its own fans. One of them, military sports game Zarnitsa, was a part of children’s initial military training. Two teams playing against each other have to take the enemy base and flag. Boys especially loved this game; it kind of prepared them for the even stricter physical requirements that awaited them in the army.

Physical education lessons were often shown in the Soviet films about schoolchildren. In the popular movie, “The Adventures of the Elektronic” (Konstantin Bromberg/Odessa film studio, 1980), some scenes took place in the gym.

In another Soviet movie, “Visitor from the Future” (Pavel Arsenov/Gorky Film Studio, 1985), there is a big scene that demonstrates what outdoor activities look like in a Soviet P.E. lesson.

Winter wasn't the reason to stop outdoor activities, sports like basketball were simply replaced with cross-country skiing. Some school children really enjoyed it while for others skiing was just a boring compulsory attendance which included carrying the equipment in an uncomfortable ski suit. 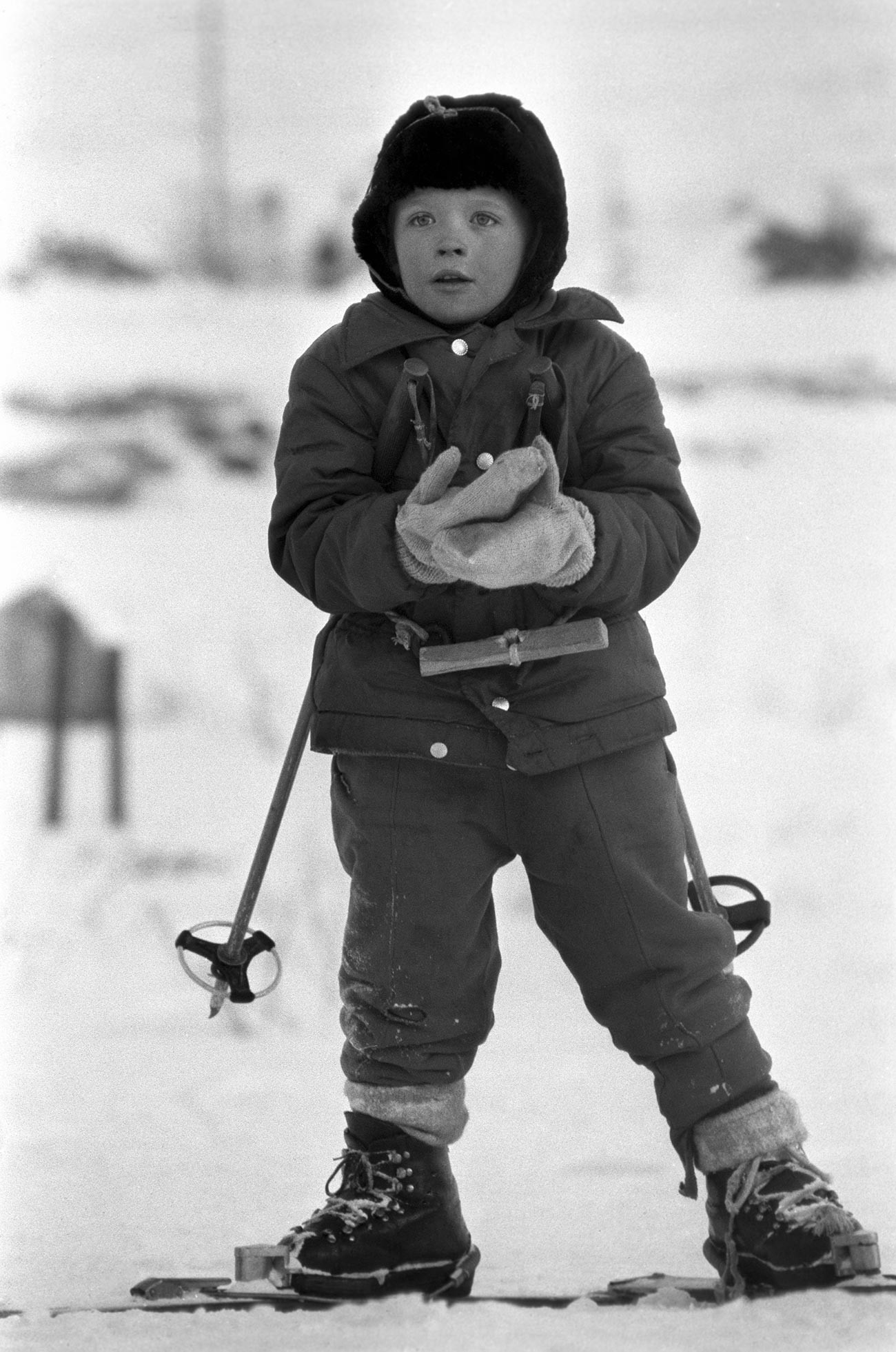 Some specialized schools had their own skating rinks (a privilege similar to having a swimming pool) where children could attend figure skating or hockey section.

For those who couldn’t afford it, there was an open hockey field (Russians still call it korobka, the box) in each district, where children spent their free time after the classes. But definitely most Soviet children never missed a chance to have fun making snowball fights with classmates, sledding and lying in the snow at the end of the lesson. 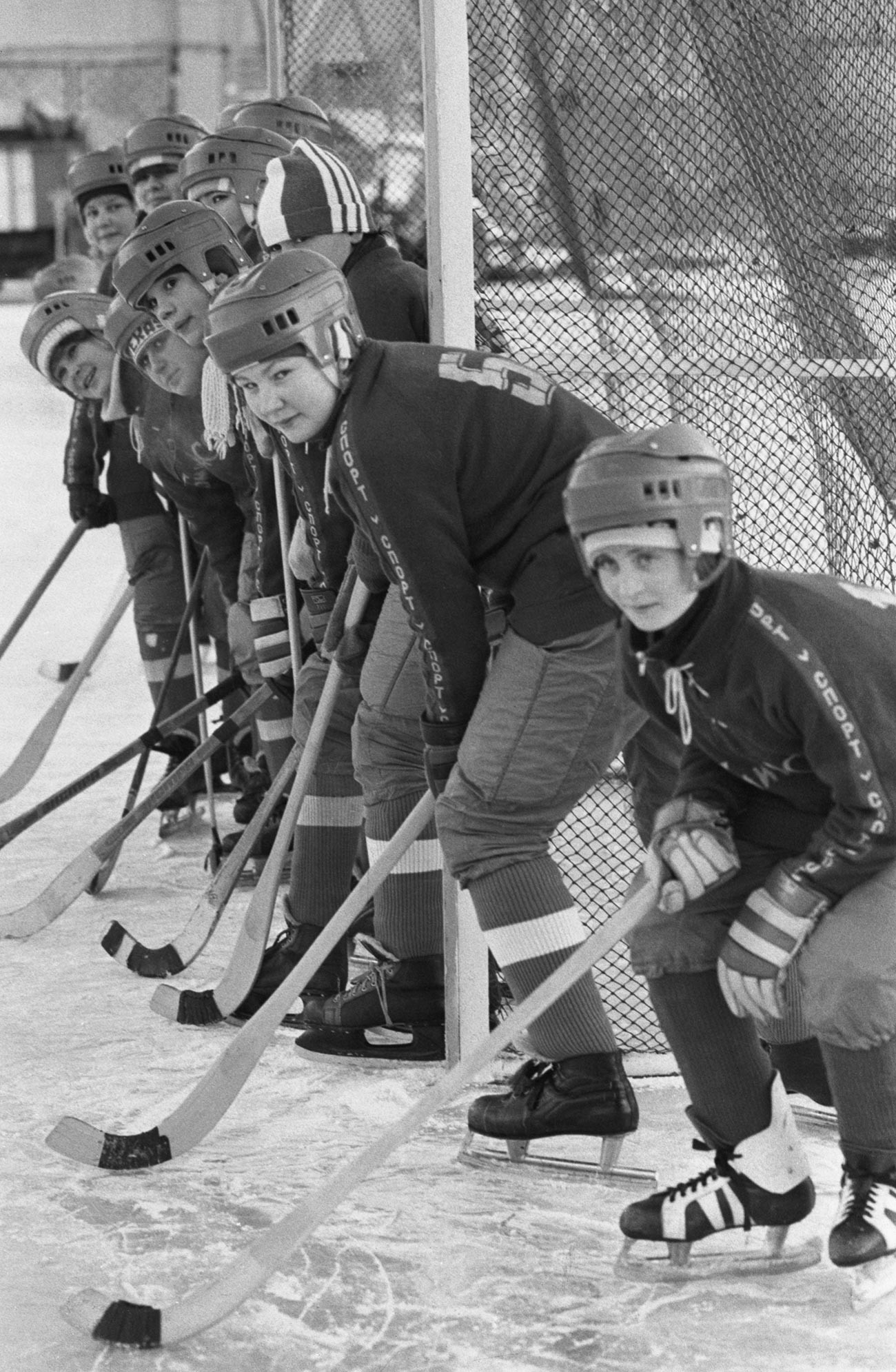 In general, the standard of living of the population has improved, and sport is a popular trend. The authorities are no longer focused on potential international hostilities, and people take it upon themselves to organize mass sporting events and leagues. According to a 2018 survey conducted by Russian Public Opinion Research Center (VTsIOM), 60% of Russians are active in sports. In addition, various physical activities for adults and children are also more accessible. 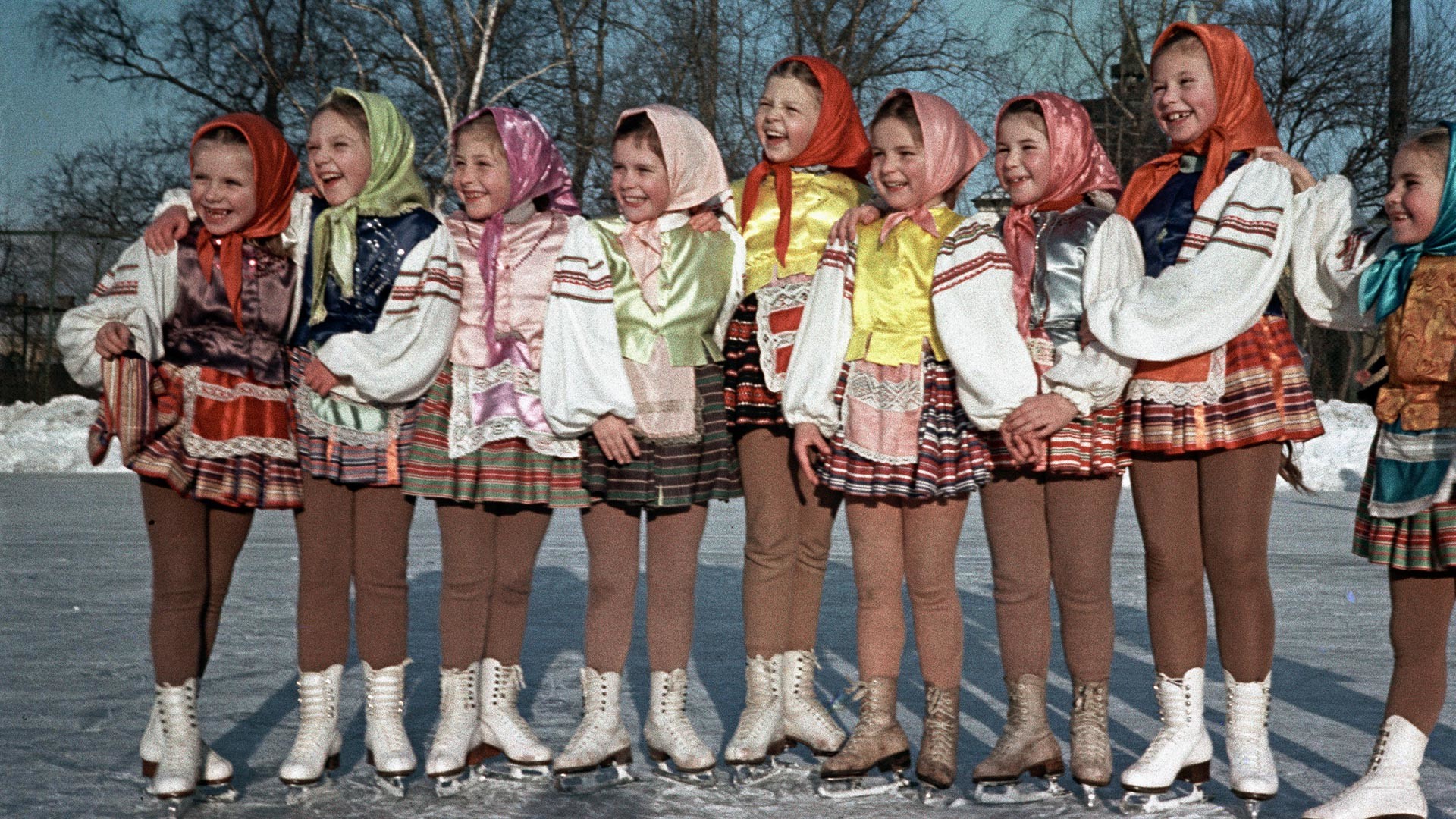 Currently, physical education lessons are undergoing some modernization. On one hand, activities on the rope, wall bars, pommel horse and other gym equipment are forbidden because of the high injury risk. Instead, there is dance, choreography, aerobic classes, and even stretching. For those who want to have intensive physical activity, there are sport schools or special groups after classes in schools. Nevertheless, the most interesting games, as well as  skiing, remain an integral part of P.E. lessons.