Why Russian serfdom was not slavery 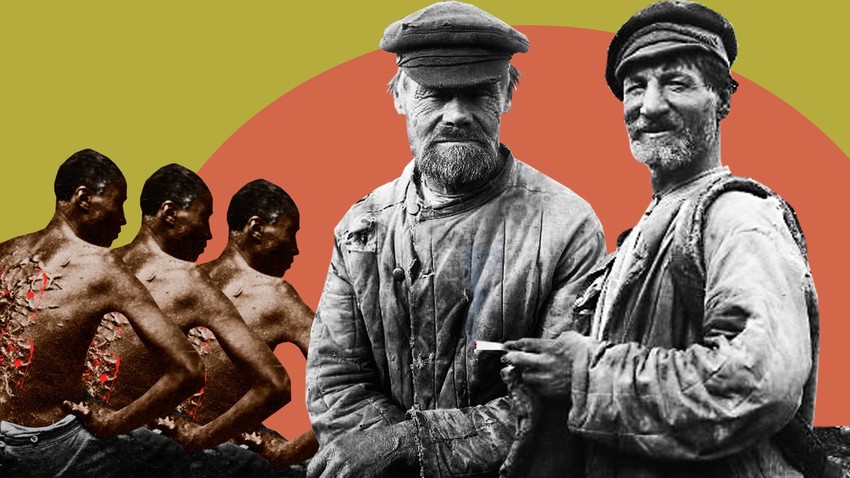 Getty Images; Arkady Shaykhet/MAMM/MDF/russiainphoto.ru; Archive photo
In popular English language histories of Russia, “serfdom” and “slavery” are often used interchangeably. It is a commonplace to say that “slavery in Russia ended in 1861.” However, this is a serious mistake. Here’s why.

1. Serfs were persons, not things 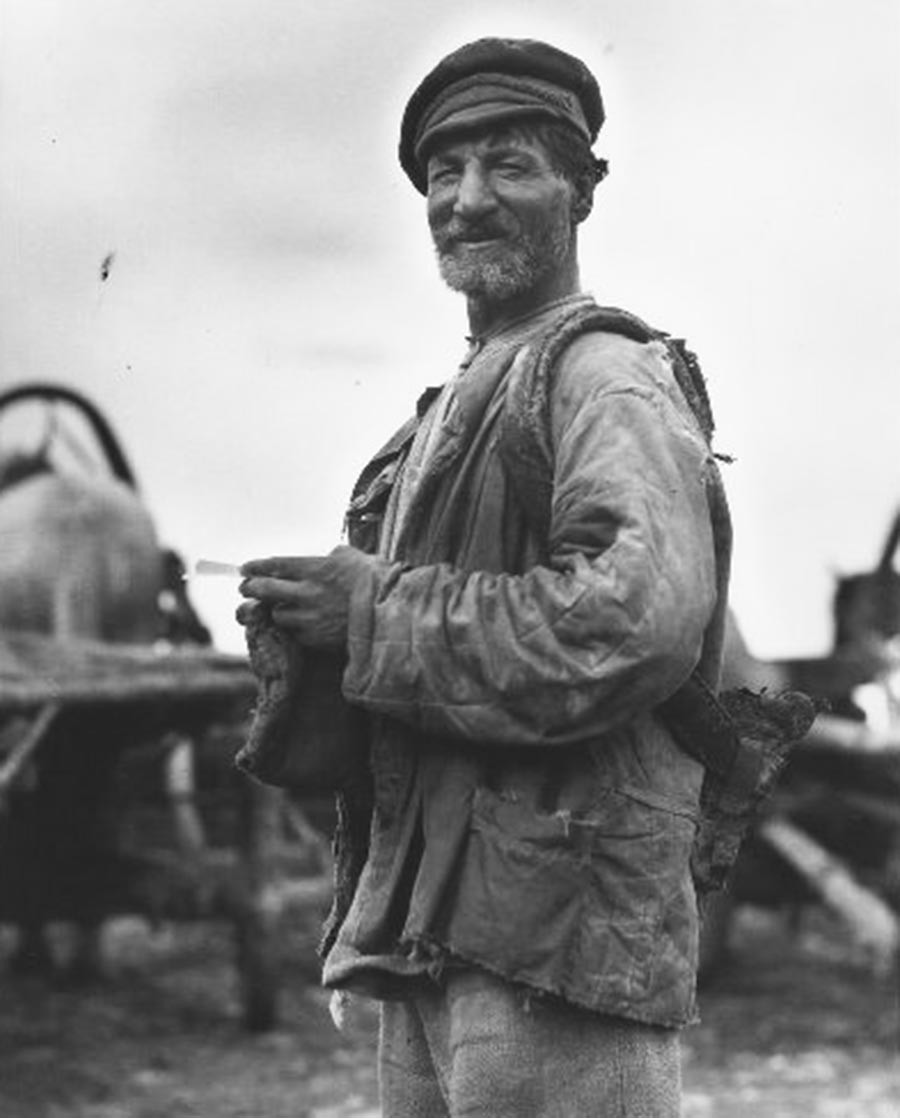 Varro, an ancient Roman writer, in his work “Res Rusticae” (“Village affairs”), which is a manual on the management of slave-run estates, says that a slave is a “talking tool” (compared to “half-mute tools” like cows and “mute tools” like carts.

Russian serfs were never “tools,” but regarded as people – first of all, because they were baptized Russian Orthodox Christians. In Tsarist Russian society, morally organized by religion, perceiving baptized persons as things was considered blasphemy.

However, there were kholops – the people who, according to ancient Russian law code Russkaya Pravda, were indeed perceived as tools. Their legal status can be described as slavery. They became kholops either by being captured as war prisoners, or sold themselves into slavery for fear of dying from starvation, large debts, to save one’s family etc. Kholops didn’t pay taxes, so becoming one was an option for the poorest, those who had fallen so low they had no other options, and the laziest alike.

In 1723, Peter the Great banned kholops – the remaining ones were made serfs and started paying taxes like everybody else. So, if we’re talking about ‘proper’ ancient-type slavery, we may say that in Russia, it was banned in 1723. Serfdom was a different thing.

2. Serfdom was a legally regulated system of personal dependency 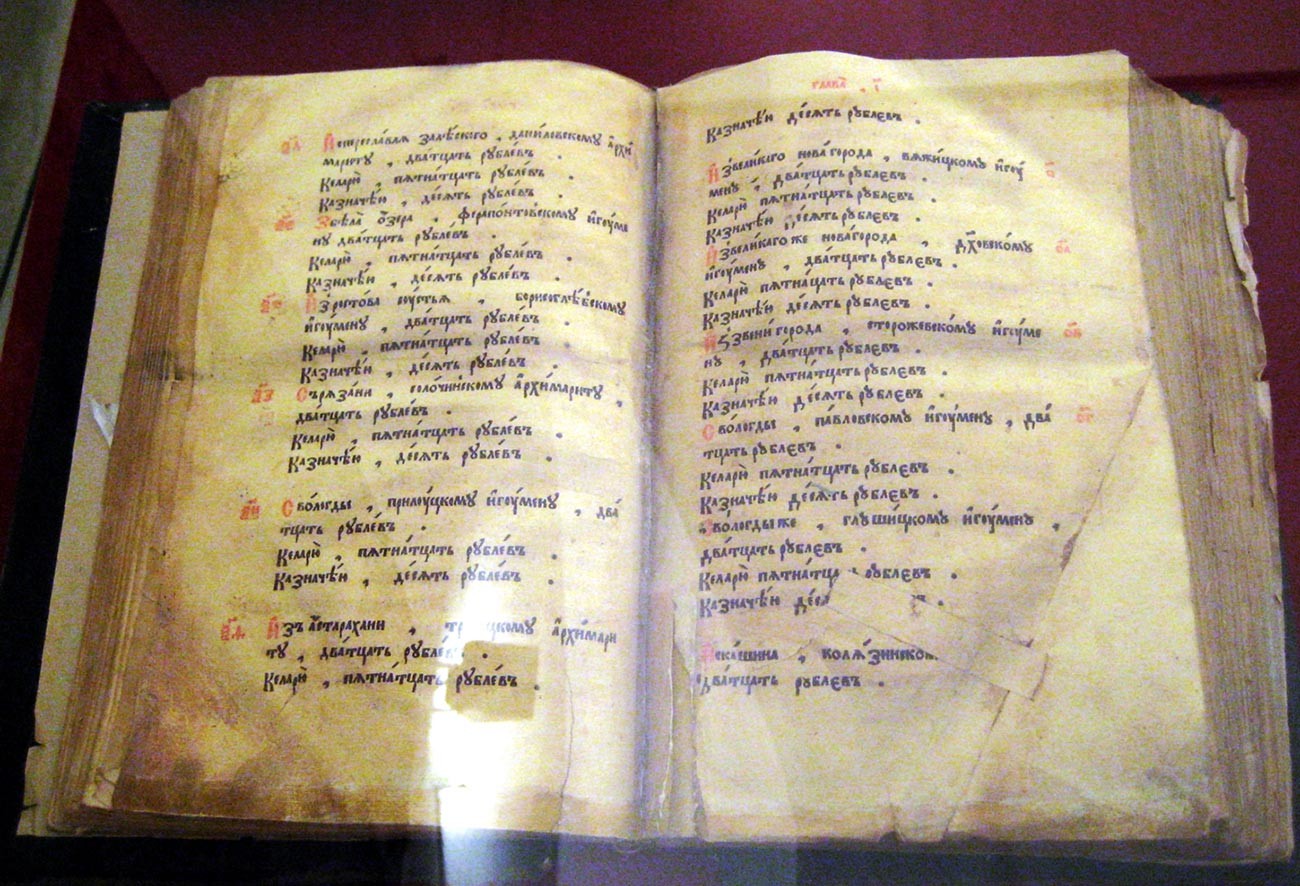 To put it simply, Russian peasants needed protection from the plundering raids of nomads, which happened very often in ancient Russian times. On the other hand, the princes and boyars needed food and supplies, produced by the peasants. Initially, production was exchanged for protection, and it was a system of mutual dependency.

However, as the Moscow tsardom developed, it waged wars and needed more resources, so, to control serfs, the state limited their mobility. From 1497, they could only relocate from one landlord to another at certain times of the year. In 1649, they were totally forbidden from leaving their lands and landlords by another legal code, Sobornoye Ulozhenie. The code also stated that baptized people must not be bought and sold. However, beginning in the late 17th century, landowners found ways to buy and sell people without their land.

3. Serfs were deprived of some human rights – not all of them 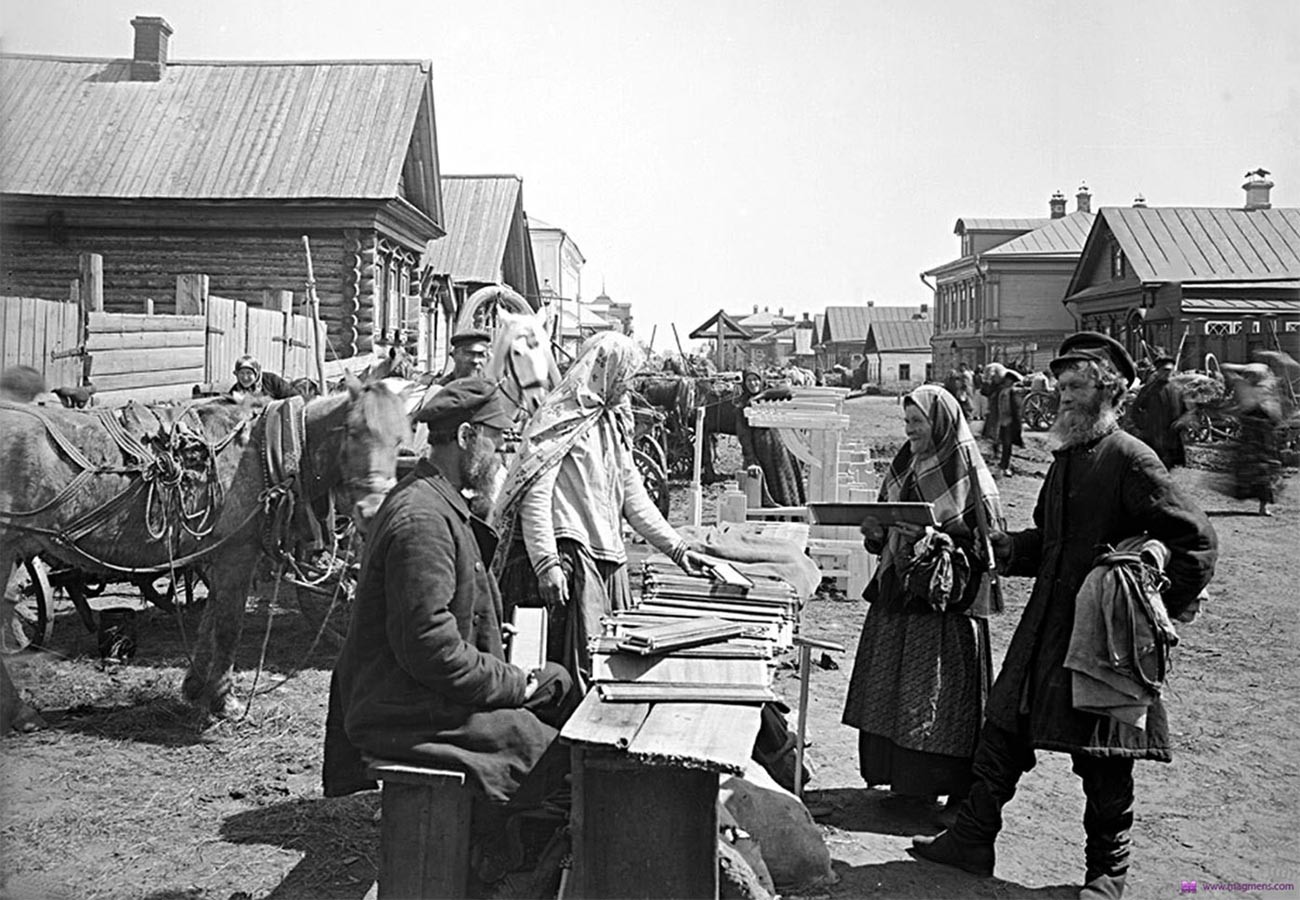 Peasants at a market.

It is true that in the 18th and 19th century, serfs were very limited in their human rights. However, there was never a law that defined serfs as property; legally they were treated as persons.

Even though in 1746, the state formally banned all Russians except the nobility from possessing serfs, rich priests and merchants found ways to register serfs in some nobleman’s name and de facto own them.

Serfs were obliged to work for their landlord for the most of their working day. They usually had very little time to work for themselves. From 1722, all male peasants also had to pay poll tax. In 1730, all peasants (including state-owned serfs, serfs owned by the nobility, and free peasants) were banned from buying real estate in towns, in 1731 – banned from entering into contracts, in 1734 – banned from organizing cloth factories, in 1739 – banned from buying serfs for themselves etc. This reflected the fact that peasants were quickly developing business skills. In 1760, landlords were allowed to exile their serfs to Siberia for misconduct and crimes. Landlords also could use corporal punishment on their serfs.

4. The state protected serfs from their landlords 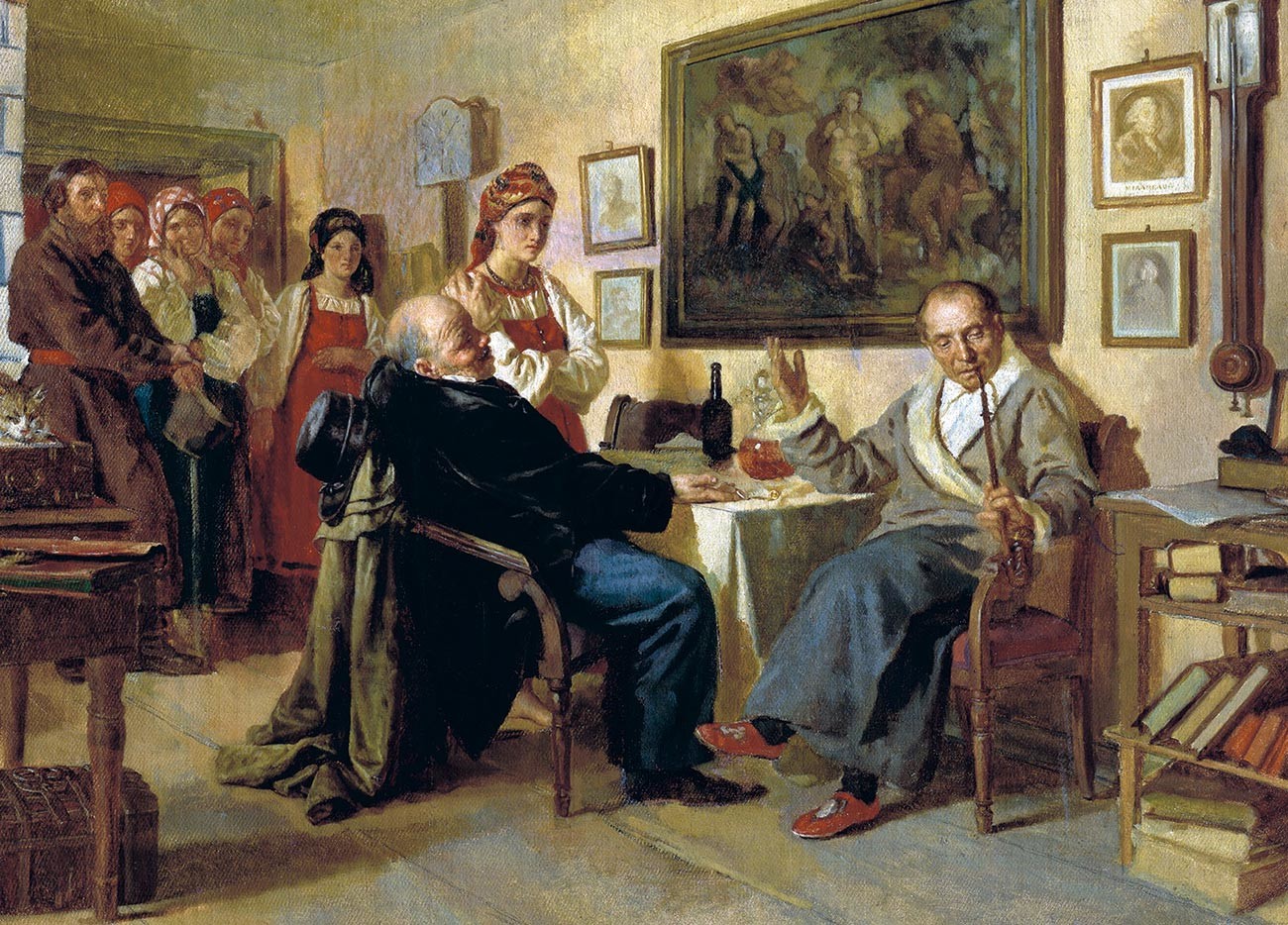 Landlords represented their serfs in legal matters. The landlords collected the peasants’ taxes, but those who withheld their peasants’ money could be deprived of serfs completely (after 1742). In 1721, Peter the Great banned selling individual serfs and the splitting up of families; in 1771, Catherine the Great banned auction blocks for selling serfs.

Catherine cared about the serfs – but only as power to support the country’s needs during times of war, and because Russia was eyed warily in Europe as a country where serfdom still existed. This is why in 1762-1768, Catherine initiated a show trial over “Saltychikha”, an obviously mentally ill landlady who tortured and murdered her serfs.

However, it was under Catherine when the trade in serfs was the most ugly: children, especially virgin girls, were taken from their families and sold. Trade couldn’t be stopped, although the ban on selling serfs without land was repeated in 1833 and then again in 1842; but it remained so until the end of serfdom. After 1823, the state banned landlords from lending their serfs to work for people of other castes (merchants or priests). Unfortunately, these laws were never fully implemented.

5. Serfs were better off than slaves (most of the time) 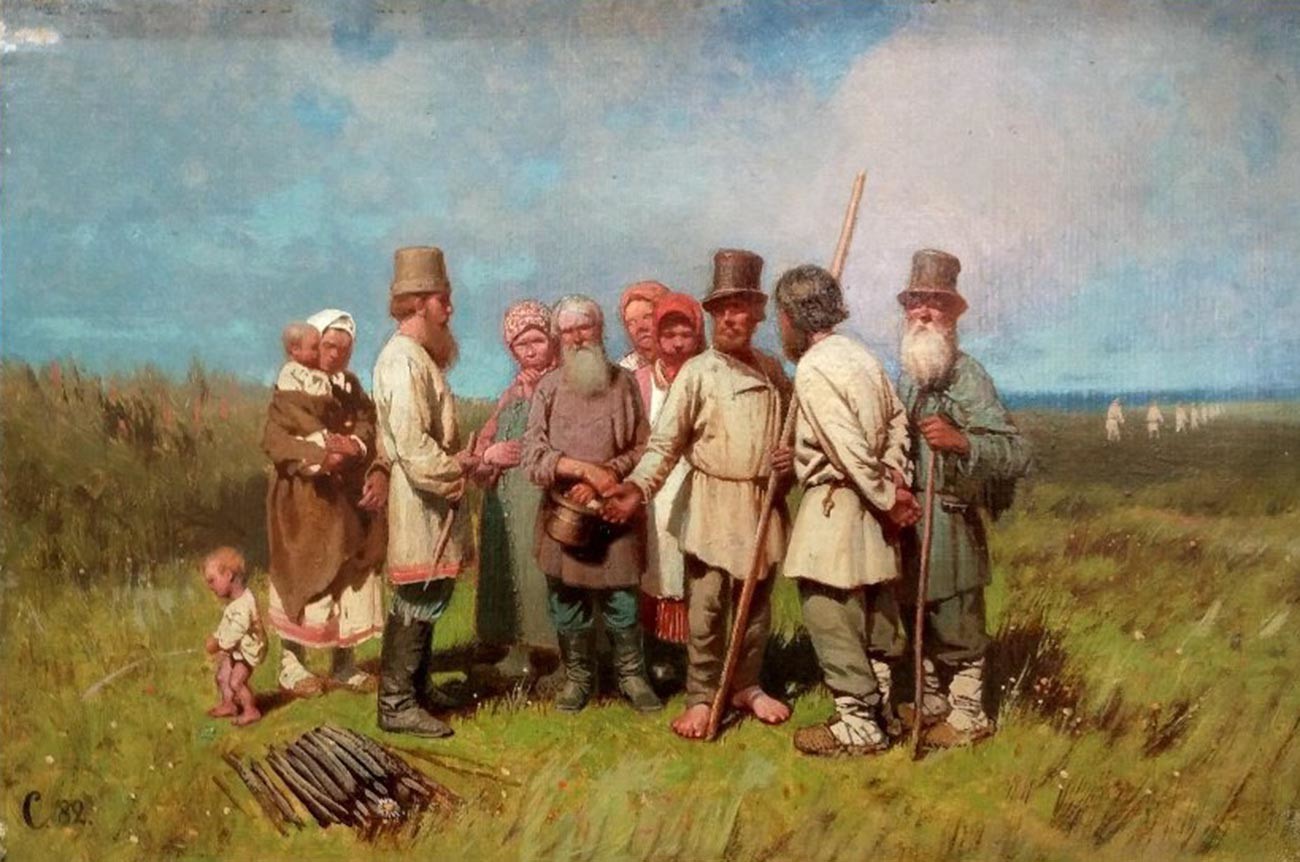 Peasants in a field

A Senate law of January 19th 1769 reinstated the fact that all land that serfs lived on was the property of the landlords. But it would be a mistake to say that serfs had nothing. Their private tools, houses, clothes and possessions, very often cattle and simple modes of transport belonged to them, not their landlords.

A Croatian missionary Yuriy Krizhanich (1618-1683) wrote that in Russia, serfs were much better off than in European countries. And in the 18th-19th century, historians have calculated, any Russian serf worked 2.6 times less time than America’s slaves did (mainly because of the large number of Holy days when people, including serfs, were given the day off).

Even through the darkest times of Catherine’s rule, serfs could post collective and individual complaints to the Emperor and the Governing Senate. In 1812, peasants were once again permitted to participate in trade and enter into contracts. In 1818, peasants, serfs included, were returned the right to establish mills and factories. In 1848, sefs were returned the right to own lands and real estate (at the consent of their landlords). Still, they were deprived of their main asset: the land they worked on, and even the emancipation reform of 1861 didn’t immediately allow them to own it. Only the most hard-working and talented could afford a decent living, which meant that in many respects they differed little from most peasants in Europe at the time.

It is self-evident that any kind of possession of one person over another, and any kind of violation of basic human rights, is an indictment of society and the state. And surely, there were periods of time when serfs were living in dire conditions under demanding and cruel landlords, and were closer to slaves in their status; but, considering everything above, it is clear that Russian serfdom was not slavery.