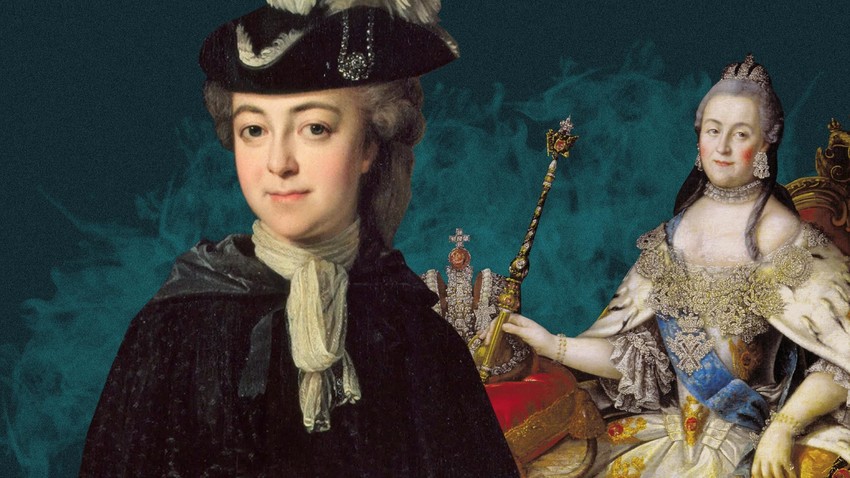 Public domain; Alexey Antropov
He was born during a house fire set up to hide the fact of his birth. A weak and timid child, until his adolescence Count Alexey Bobrinsky didn’t know he was in fact the son of Empress Catherine the Great.

Even before becoming the Russian Empress as a result of a coup d’etat, Catherine amazed her closest friends and supporters with her iron will – and a devoted hypocrisy aimed at achieving her high-flying goals. Just imagine what happened to this woman between 1761 and 1762. Somewhere in the fall of 1761, she fell pregnant by her lover, Grigoriy Orlov (1734-1783). But she had to hide it from her husband Peter (1728-1762), who was to become the next Russian Emperor after the death of Elizabeth of Russia (1709-1762). 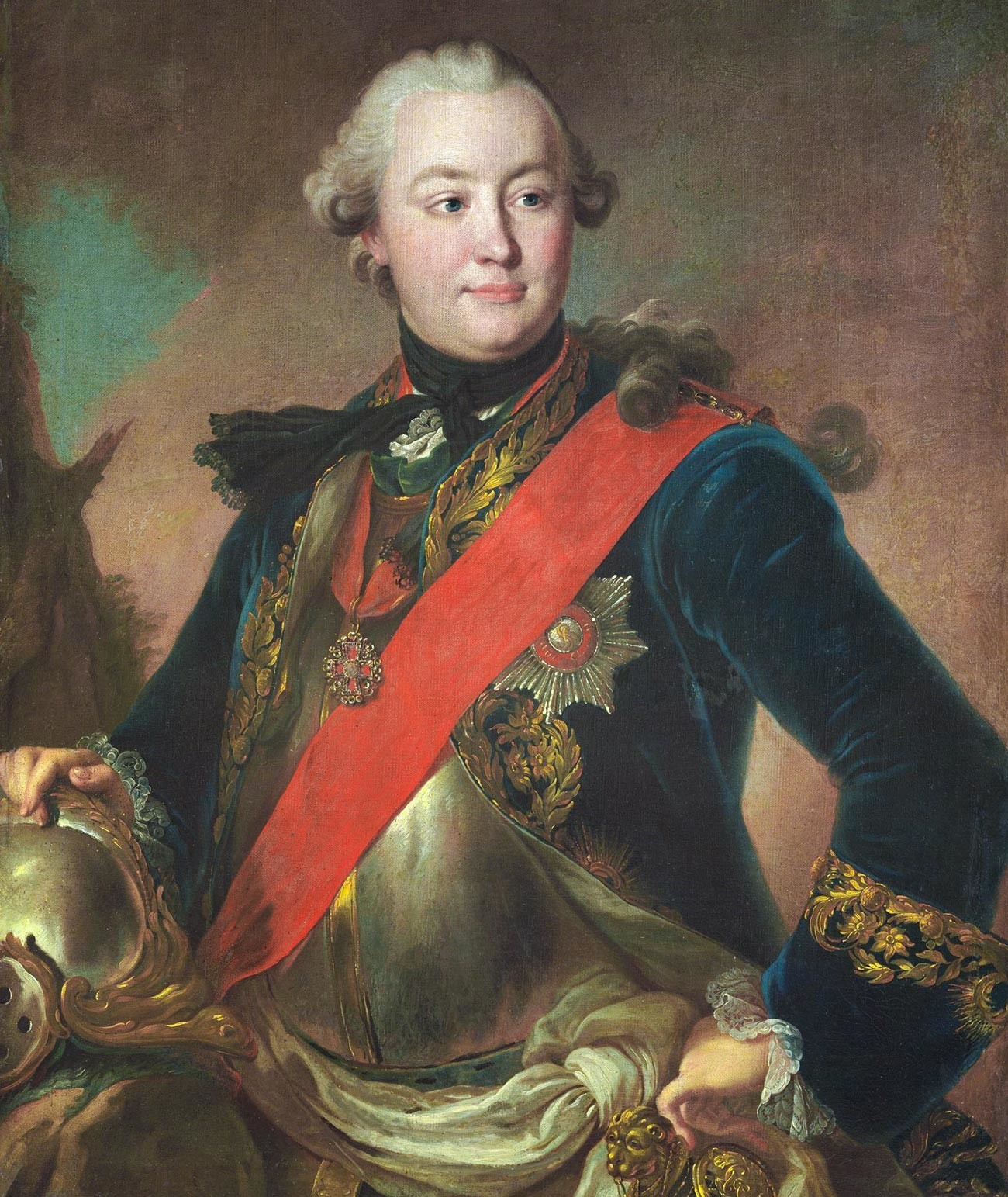 Catherine, who was obliged to take part in innumerous court ceremonies, wore a tight corset, danced, made curtsies – with a child in her womb, which apparently caused her pain, distress, and made her vomit – all of this, she had to hide. In December 1761, Elizabeth died, and Peter became Peter III of Russia – which allowed him to start a relationship with Elizabeth Vorontsova, a vulgar adolescent with a pockmarked face, who moved into the Emperor’s rooms, while his spouse Catherine was sent away to the opposite side of the Winter Palace. This is where she gathered with her friends and made preparations to overthrow Peter.

Born during a house fire 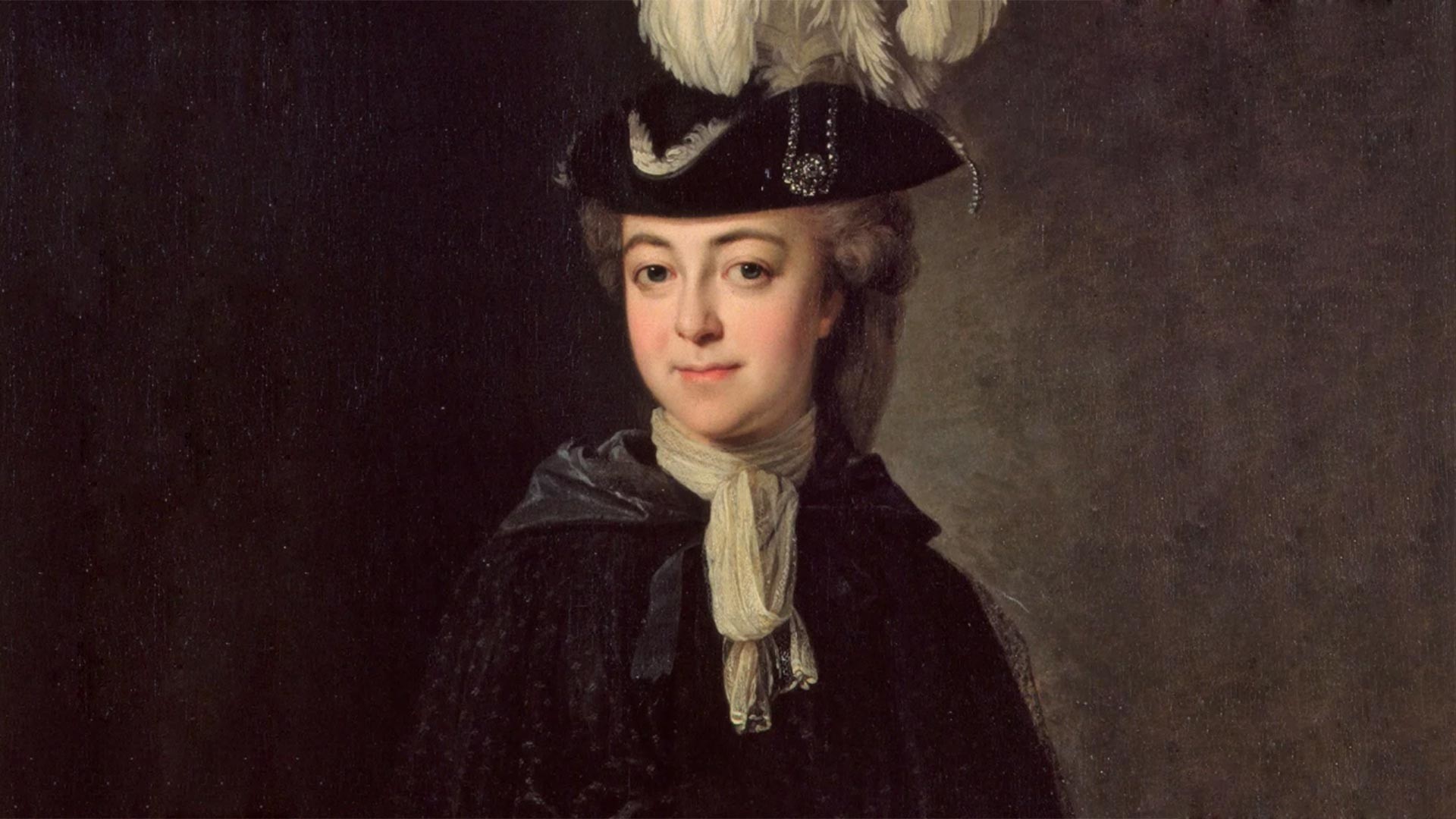 Among many of his eccentricities, Peter III was a pyromaniac. Whenever there was a fire in St. Petersburg, Peter rushed to the place along with his courtiers and watched the flames consume the buildings. So when the time came for Catherine to give birth, her devoted valet Vasiliy Shkurin set his own house on fire, and the Emperor immediately jumped into his carriage and left. Meanwhile, Catherine successfully gave birth to little Alexey. It was her second son after Pavel, the child of Catherine and Peter, who would later become Pavel (Paul) I of Russia (1754-1801).

Alexey was born a weak child – apparently, due to the strains his mother had to suffer during her pregnancy. Vasily Shkurin, who helped so much during Alexey’s birth, was entrusted with the boy’s upbringing; Alexey was brought up and taught in his house (not in Grigory Orlov’s house, of course, because Orlov was ‘officially’ known as Catherine’s favorite). It becomes clear that Catherine loved her bastard son dearly because, notwithstanding the risks of being found out, she sometimes visited Shkurin’s house (rebuilt after the fire), where she saw Alexey and had conversations with him. Alexey himself developed a close relationship with Shkurin. Later in 1782, when Shkurin died, Alexey wrote: “I was deeply upset with this. He was very kind to me, and I feel grateful to his whole family.” Quite formal, at first sight. But the next day, Bobrinsky made a more intimate entry to his diary: “At night I couldn’t sleep; I kept thinking about the deceased V. G. [Shkurin]. I cried for an hour straight.” Turns out the weak child was very sensitive. 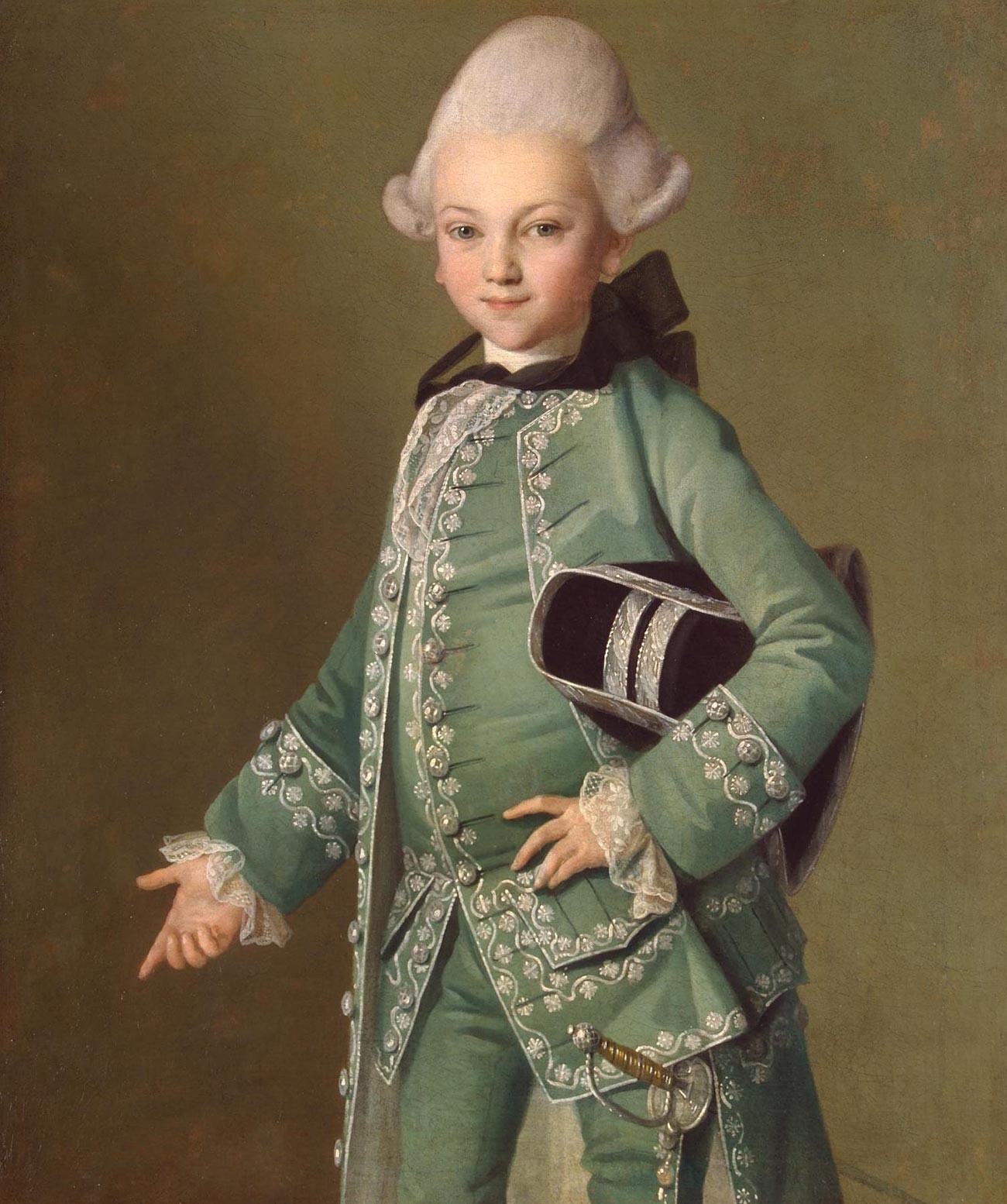 Did the boy know that he was the Empress’s son? Historians are still not sure about this, says Evgeny Pchelov, Ph. D., an expert on the Romanovs. In 1765, Catherine gave the boy a village, named Bobrikovo, to provide him with financial support. In the order about this, she wrote that Alexey was a son of some army captain, “who suffered for Us [the Empress].” Obviously, Catherine created a legend to hide Alexey’s real origin. Still, even in this order, she named him “knyaz’ (Prince) Sitsky,” ranking him among the princes Sitsky, an old branch of the Rurikids that ended in the 17th century. The last thing Catherine wanted was for her son to be involved in the court intrigues and to become one of the pretenders for the Russian throne. Luckily, this fate never befell Alexey. He had other problems. 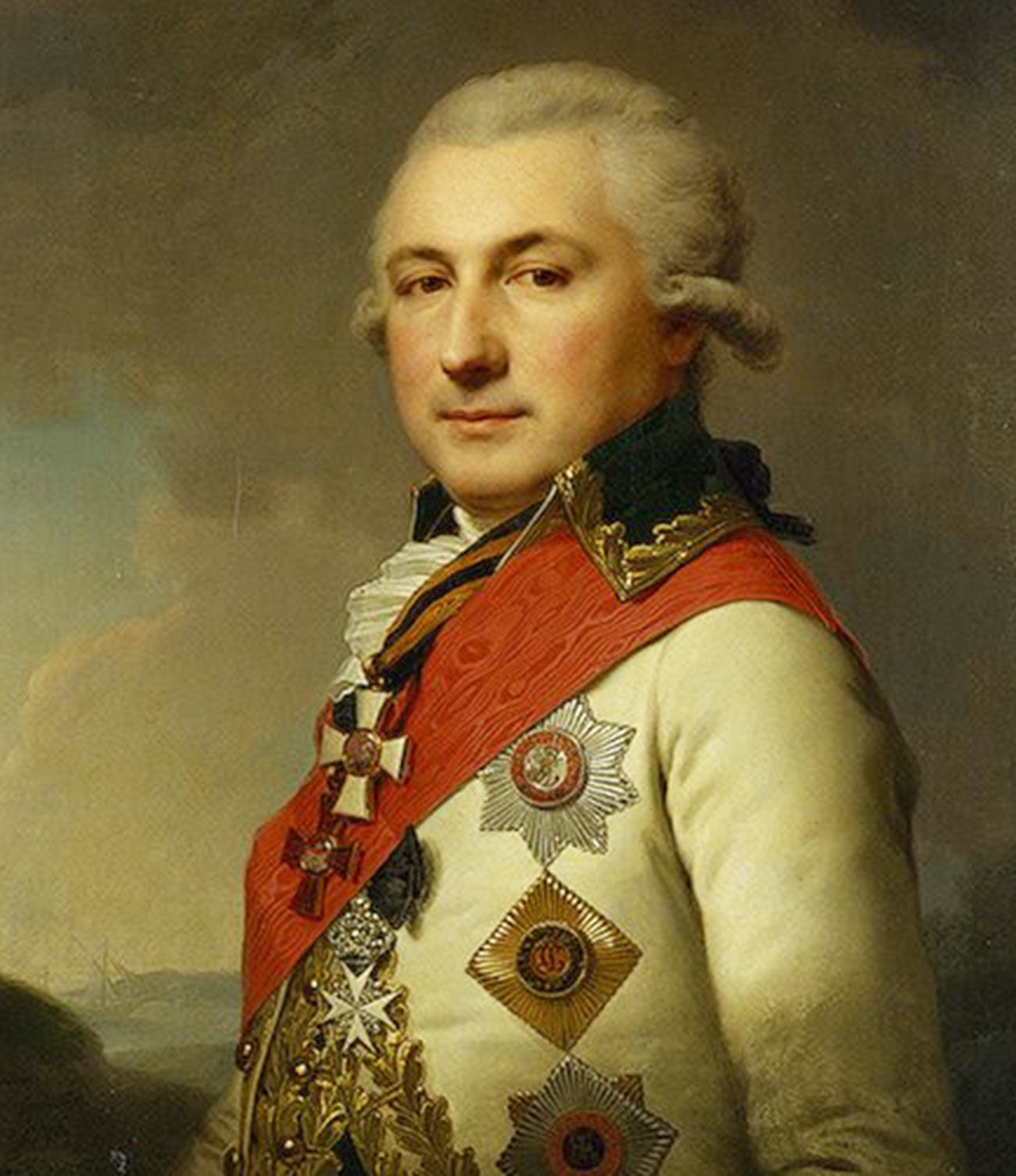 After spending four years at an educational institution in Leipzig with Shkurin’s sons, in 1774, Alexey returned to Russia, where he became a disciple of Ivan Betskoy (1704-1795), a prominent educator, Catherine’s personal secretary and himself the bastard son of Field Marshal Ivan Trubetskoy. Alexey, according to Betskoy’s words, had “a weak constitution, timid, shy, insensitive to anything, but meek and obedient”. By 13, the boy had only basic knowledge of French and German, a bit of maths and a bit of geography.

Ivan Betskoy, however, awoke an interest in the sciences in the young Bobrinsky – from 1775, he bore this surname, which came from his village Bobrikovo. Alexey enrolled in the First Cadet Corps, where he was tutored by José de Ribas (1751-1800), a Spanish nobleman in Russian service and the tutor at the Corps. De Ribas was a controversial figure: from the cadets, he demanded impeccable behaviour, while indulging himself in drinking and promiscuous sex. Bobrinsky was mad with his lewd tutor and preferred the society of Betskoy, who naturally helped him become educated. Bobrinsky graduated from the Cadet Corps with a gold medal and became a military officer. 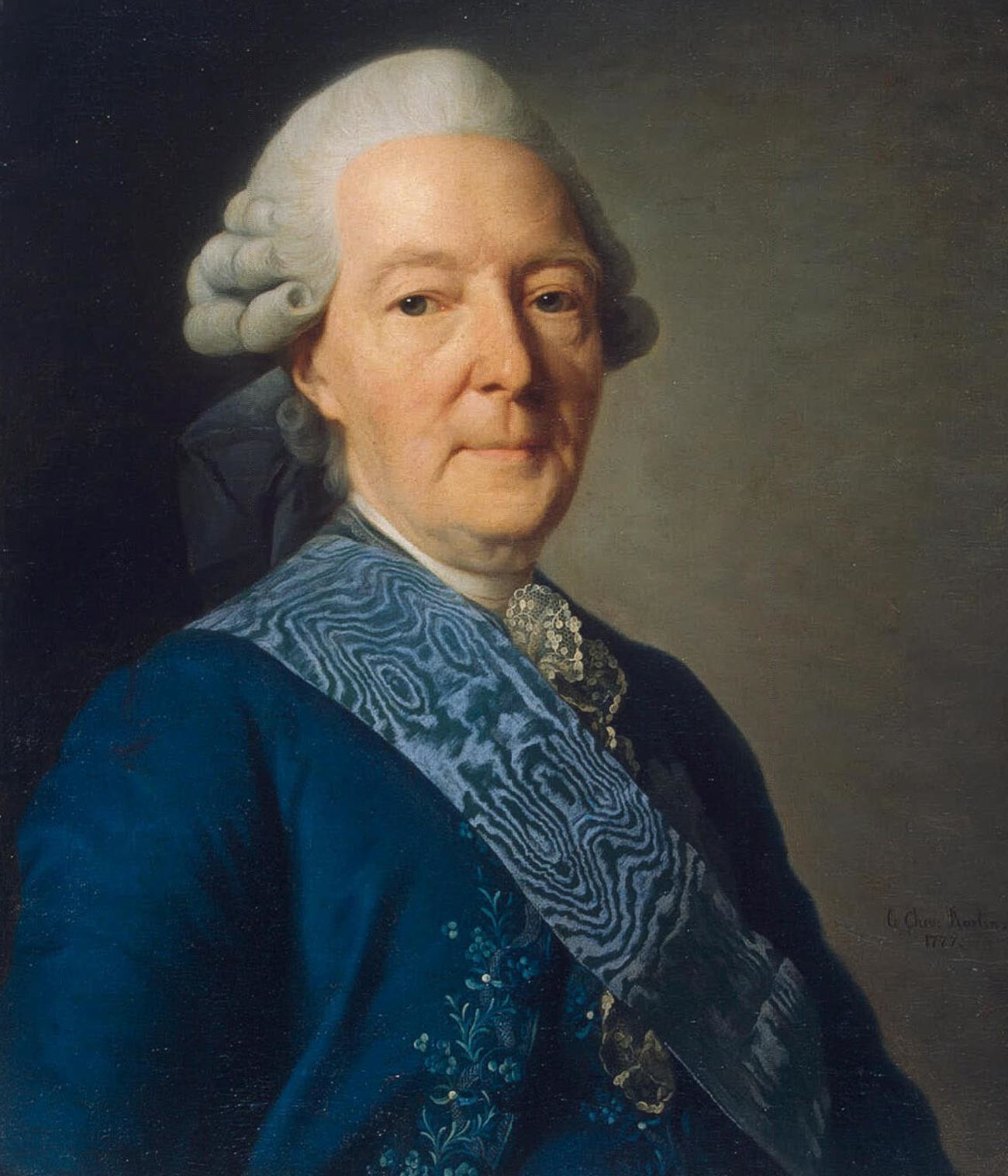 In 1781, Bobrinsky received a letter from Catherine, saying: “I am informed that your mother, inhibited by different strong enemies, due to dire circumstances of those times, and saving herself and her elder son, had to hide the fact of your birth…” We may suppose that judging by these words and by the exceptional treatment he got from the highest courtiers of the Empire, Bobrinsky could at least start to suppose whose son he actually was. The biggest hint was the words “elder son” – that meant Pavel. Time and time again, Bobrinsky, already a young man, saw his mother and his father on different occasions, talked with them and maybe noticed the similarities between what he saw in the mirror and the Empress’s features. Who knows.

Shortly after his graduation, Alexey left for a big trip around Russia, and then, Europe. During this trip, he made his tutors and overseers very concerned about his behaviour. Bobrinsky couldn’t get enough of drinking, high life and women. The son of two very passionate people, Catherine and Grigoriy Orlov, Alexey ran up enormous debts that his mother had to pay; meanwhile, he often left his young companions without a penny, spending it all on himself. He played cards extensively, even leaving a short brochure “Notes about card games.”

“This young man is very careless, but I don’t think he is evil or dishonorable, he is young and prone to be involved in very lewd company. He drove the tutors who were with him mad. He wanted to live freely, and he was granted this freedom,” Catherine wrote with regret about her bastard son. 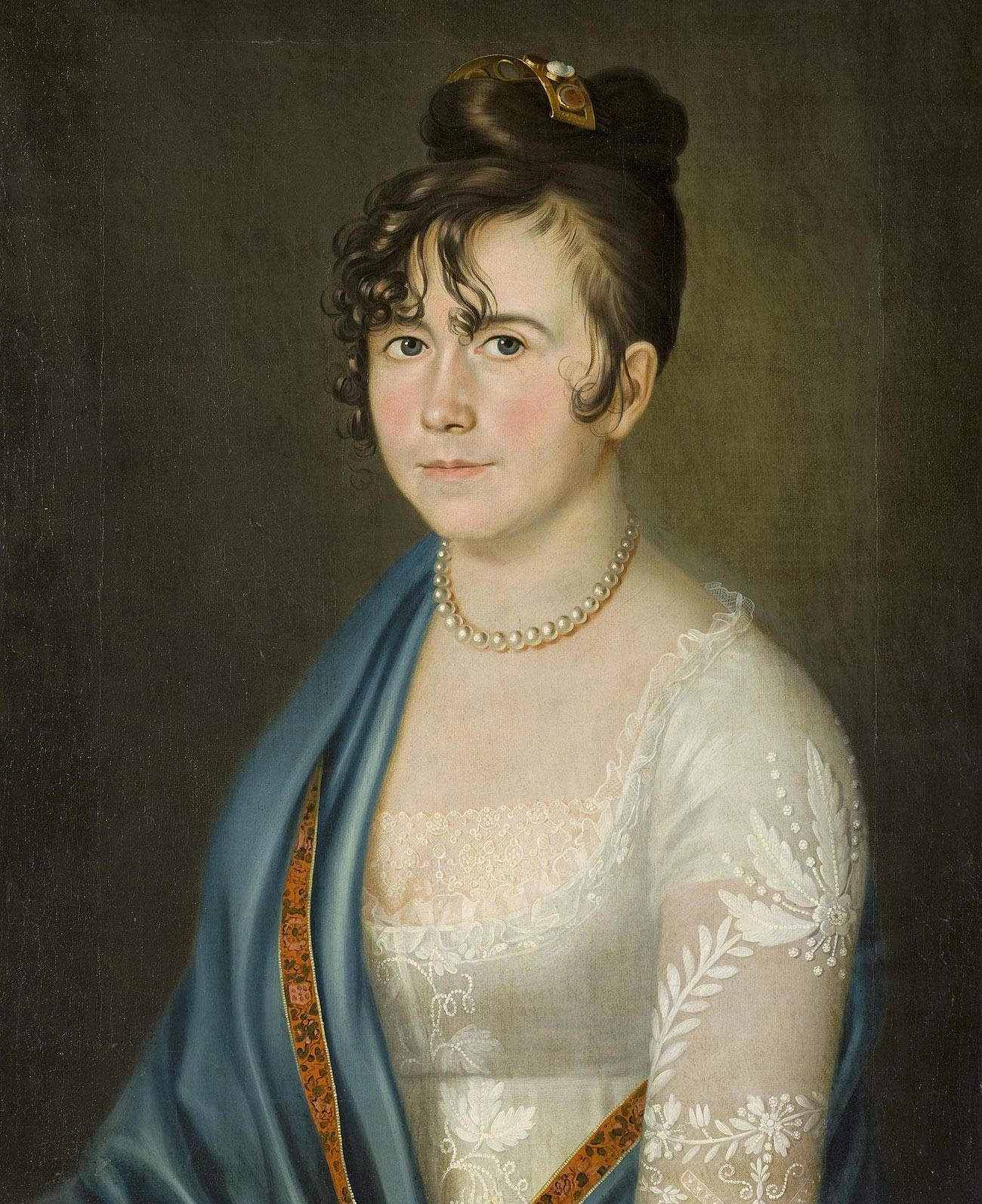 Bobrinsky spent time with girls between Paris and London, while his mother ordered him to be brought back to Russia. When he finally came back in 1788, Alexey was sent to live in the remote town of Revel (now, Tallin, Estonia). There in 1796, he married Anna von Ungern-Sternberg (1769-1846), a baroness from an old Baltic-German family, a good-natured and kind woman. After the marriage, Bobrinsky and his wife were allowed to come to St. Petersburg. Catherine received them, saying to Anna: “And you had the courage to marry this indecent gentleman!” She was still mad at Alexey for his behaviour and debts. 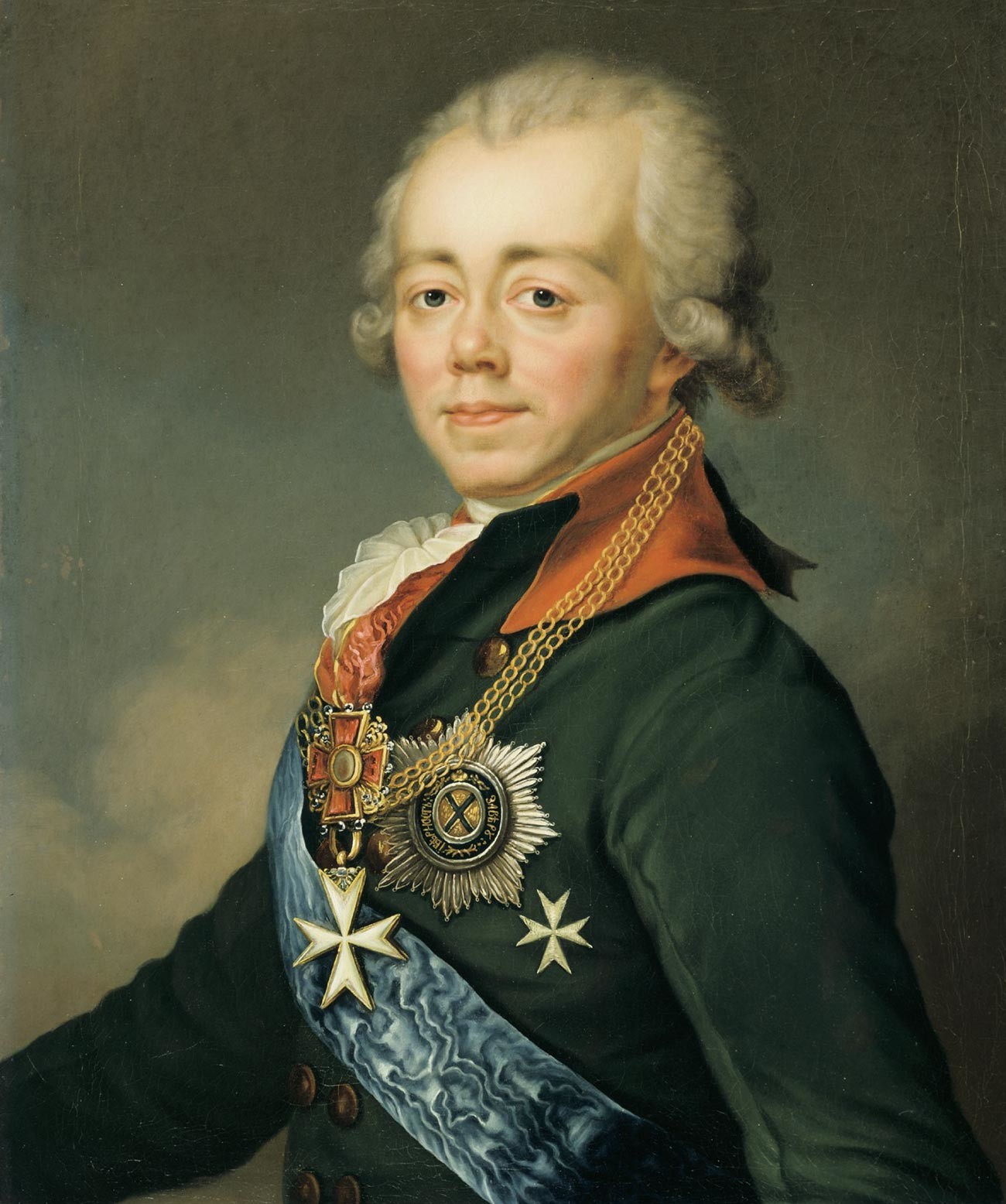 Paul I of Russia

Shortly before his marriage, Bobrinsky was allowed to leave Revel and live in the 13th century Castle of Oberpahlen (present-day Põltsamaa Castle in Estonia). His exile ended immediately after Catherine’s death – his half-brother Pavel, the new Emperor, invited him to come back to St. Petersburg. This was the heyday of Alexey Bobrinsky’s life.

Pavel greeted Alexey wholeheartedly – Alexey was not only Pavel’s only brother, but like him, he too had been sent away by his mother, to Gatchina, a palace near St Petersburg. Pavel finally made the fact of Bobrinsky’s origin officially clear to Alexey himself. “I was introduced to the Empress [Maria Fyodorovna], and to Grand Princes: Alexander, Constantine, and Nicholas… I went to the body of the deceased Empress and kissed her hand… Everybody eyed me in surprise, confused as to what to make of my appearing here,” Bobrinsky wrote later. “During the dinner, the Emperor and the Empress talked to me several times, and suddenly, the eyes of everyone present were on me.” The friendships made during Pavel’s reign lasted a long time. Much later, after Bobrinsky’s death, his widow Anna was still warmly accepted at the Imperial Court – Emperor Nicholas I famously called her “ma tante” ('my aunt'). 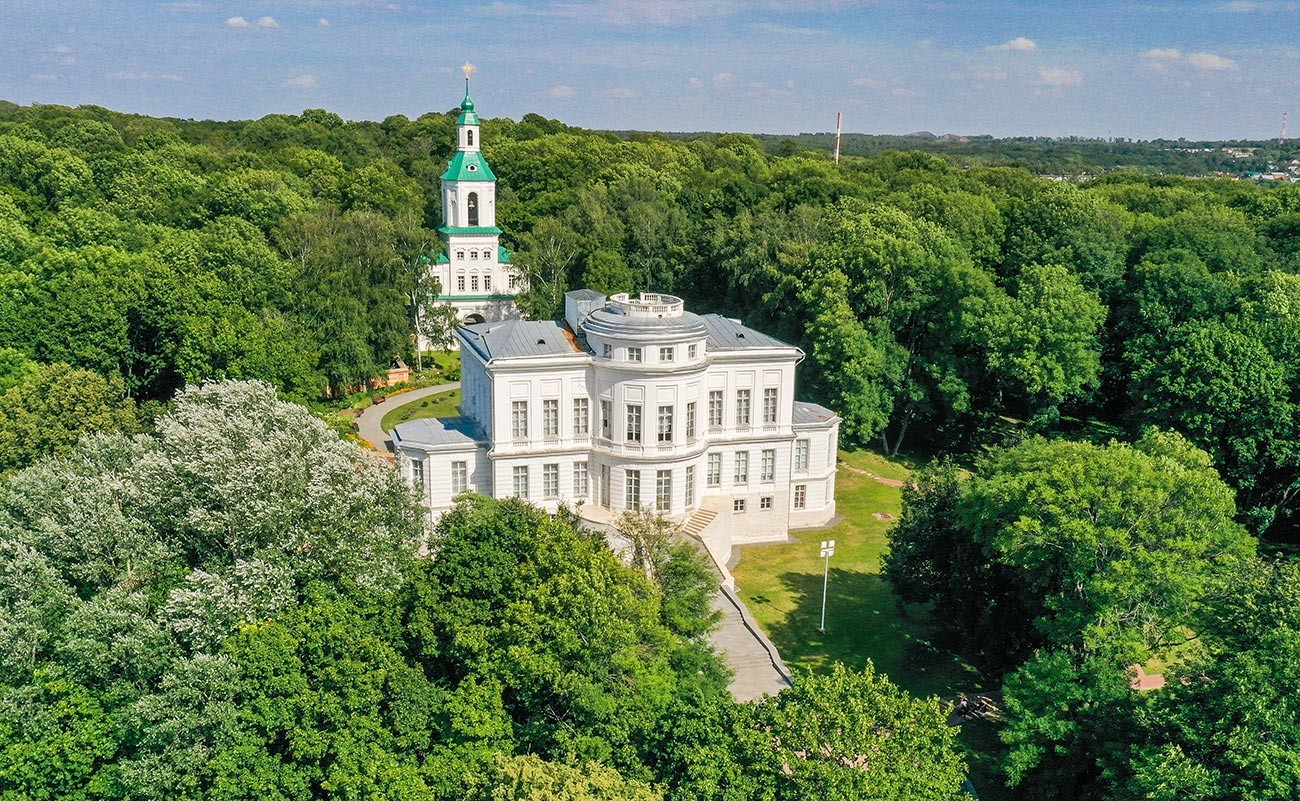 Pavel granted Alexey the rank of Count, made him an army general and the commander of a cavalry guard battalion – only to discharge him in just a year and a half at Bobrinsky's own request.

In his later years, Bobrinsky moved to Bogoroditsk, Tula region, where he took up agricultural, geographical, and astronomy studies. The scientific heritage of Ivan Betskoy’s education finally bore fruit: Bobrinsky became the father of sugar production in the Russian Empire. While Alexey himself mainly studied agriculture, his son, Alexey, became the founder of a local sugar plant, producing sugar from beetroot he bought from his peasants. An engineer and economist, Alexey Bobrinsky Jr. was also a lifelong member of the Council of the Ministry of Finances of the Russian Empire. 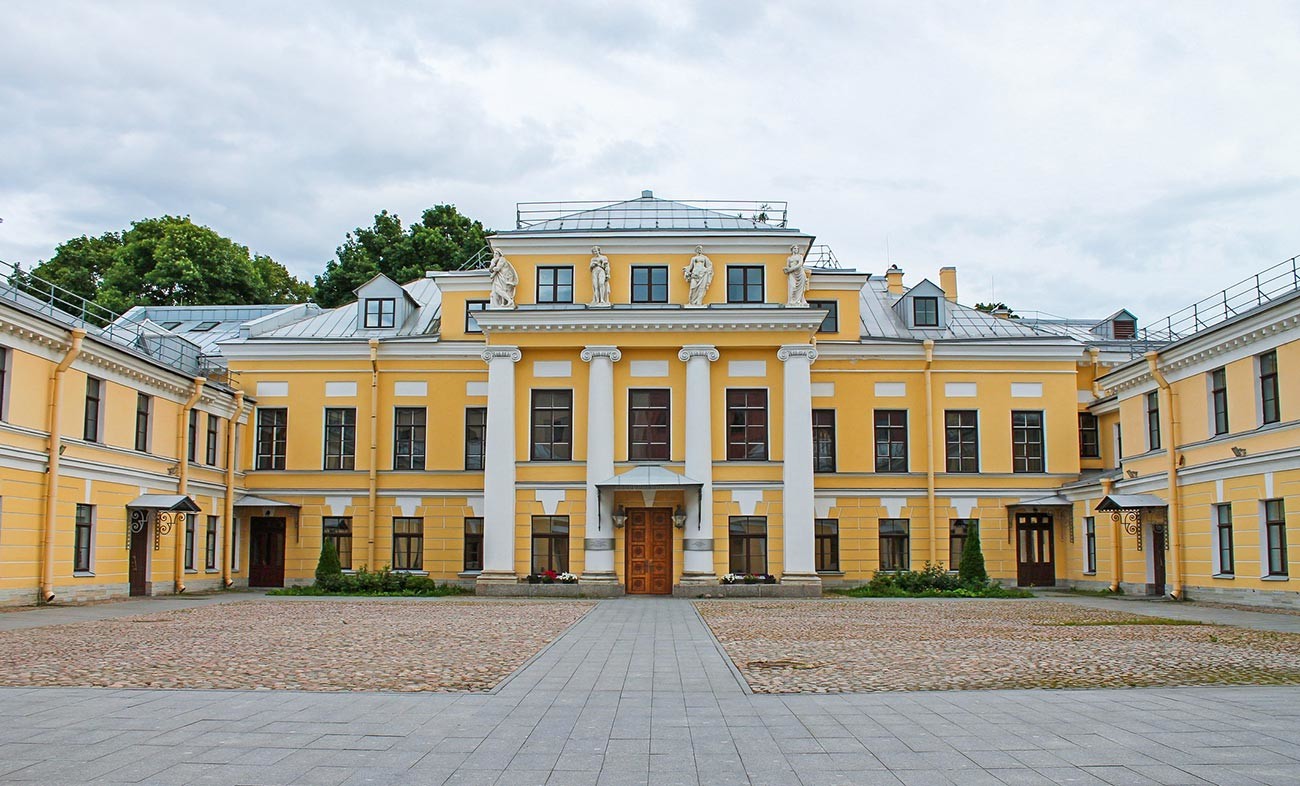 Alexey Bobrinsky Sr. died in 1813 at the early age of 51 – apparently, the hard lifestyle of his younger years had taken its toll. But his descendants lived on and took up high positions in the Empire throughout the 19th century. Bobrinsky’s numerous descendants still live in Europe and the USA. Most of them are scientists, just as their progenitor was in his later years.