How the Russian Empire was formed 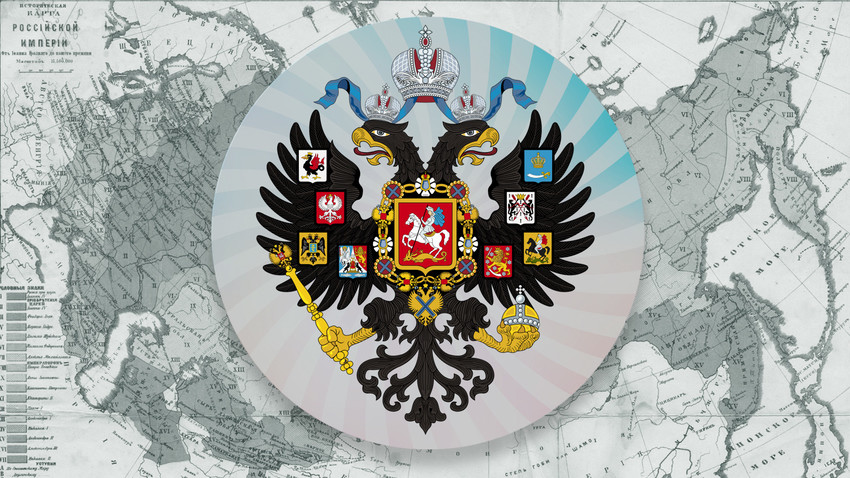 Public Domain; Russia Beyond
The Russian Empire was the third largest Empire in the world. How was it created?

In the course of its history, the Russian Empire occupied parts of Eastern and Northern Europe, Asia, and even North America. It was the third largest state in human history, leaving the second place to the British Empire and the first place to the Mongol Empire of Genghis Khan. But the Russian Empire’s finest hour came at a time before it was even created. Actually, it happened in a building that doesn’t even exist now.

What did Tsar Peter do to create the Russian Empire? 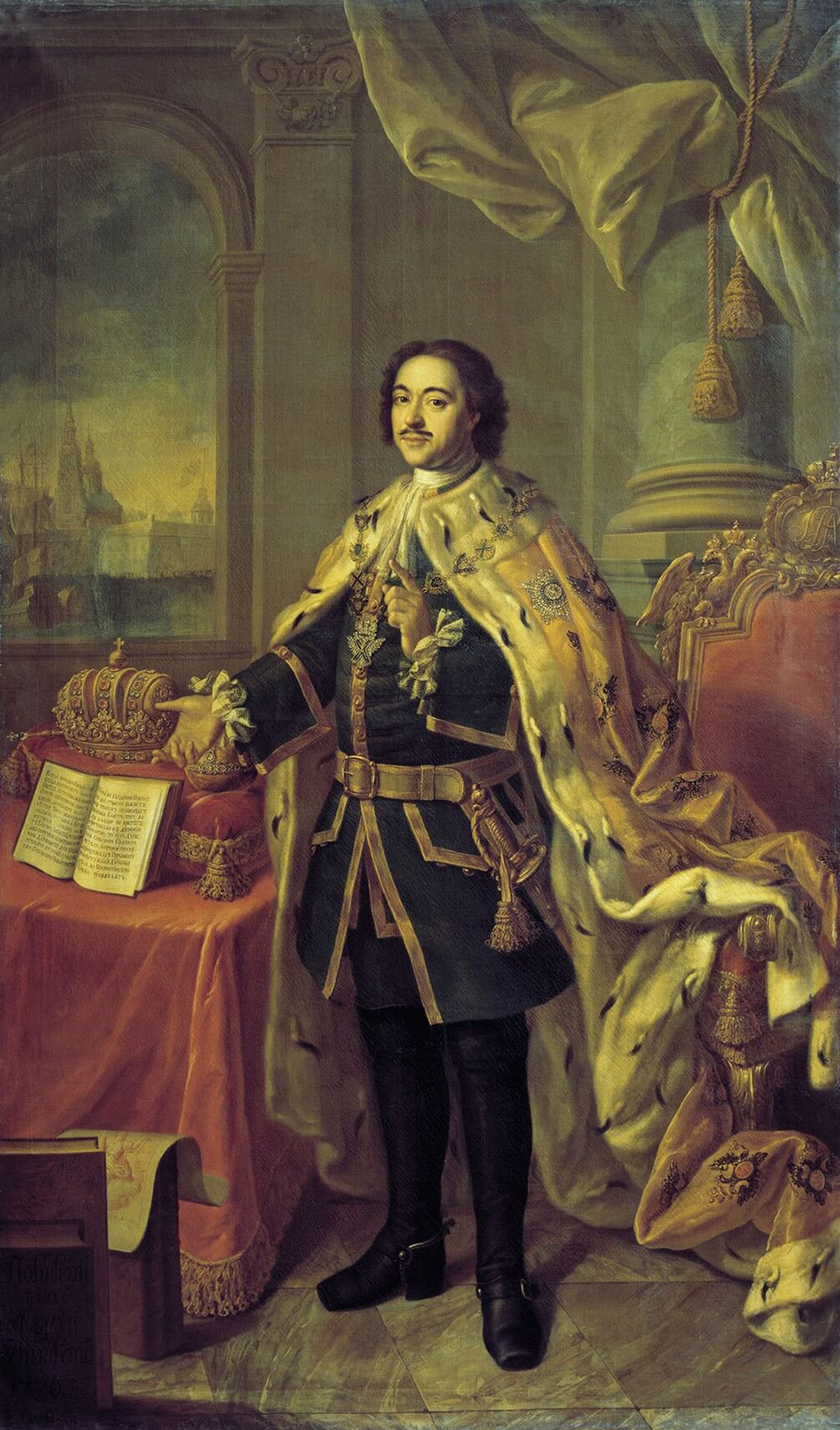 Peter the Great with the Imperial regalia, by A. Antropov, 1770

In the early 18th century among the European states, Russia was a newcomer, and the title of its sovereign – the Tsar – was somewhat hard to comprehend for the Europeans. Numerous times before, Peter has been referred to as “the Russian Emperor” by the Europeans – for example, during his visit to England, as early as in 1698. The vastness of Russia’s territory (compared especially to the European states) hinted that its sovereign was something more than just a king, but not only that. 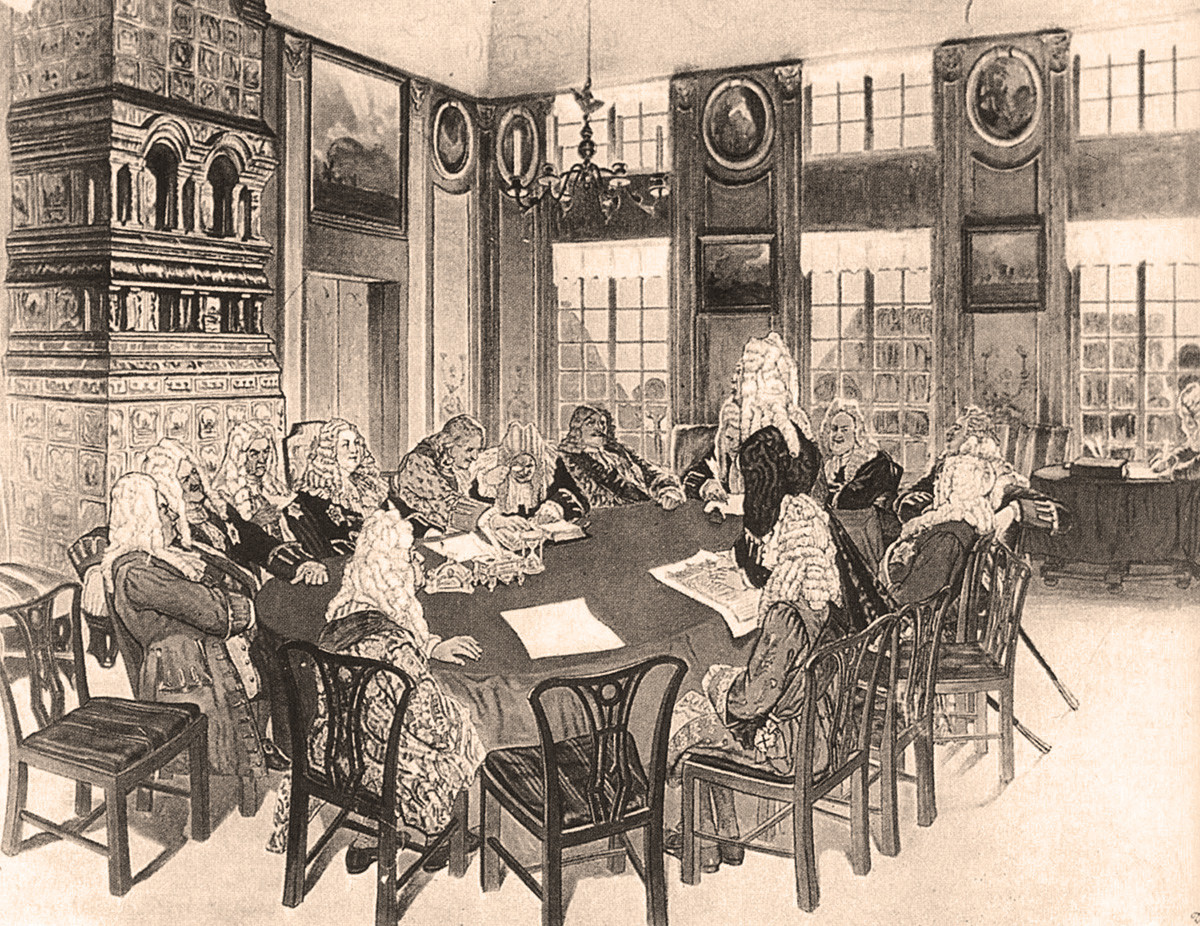 The meeting of the Governing Senate during Peter's reign

From 1706, Peter, for the first time in Russian history, awarded some of his subjects (military commander Boris Sheremetev, statesman Nikita Zotov, admiral Fyodor Apraksin, and others) with the title of “Count.” In 1707, Alexander Menshikov was the first man in Russia to become Prince (Knyaz’) not by birth, but by the Tsar’s order. In Europe, the rights to grant titles such as counts and princes belonged to Emperors. In 1710, a year after Russia’s astonishing victory over Sweden in the Battle of Poltava, the British envoy to Russia, Charles Whitworth (1st Baron Whitworth) referred in his speech to Tsar Peter, naming him “Kaiser” (similar to the Kaiser or Emperor of the Holy Roman Empire that existed until the early 19th century). 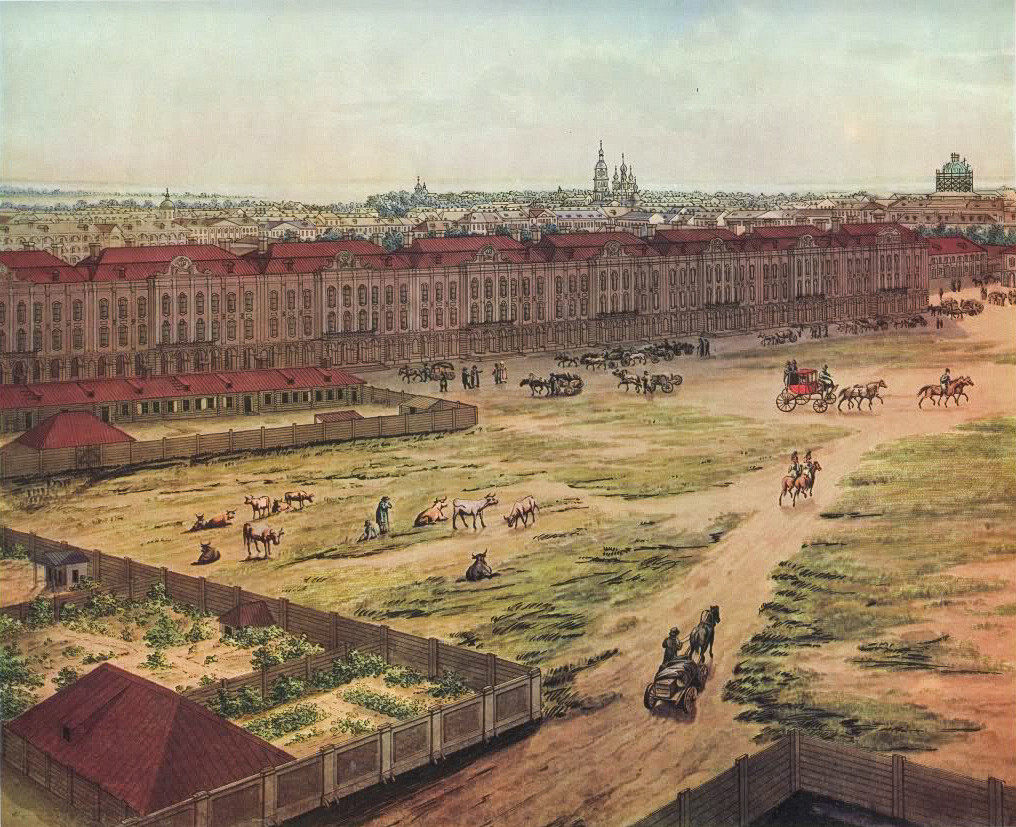 Finally, Tsar Peter modified Russian state institutions. In 1711, he created the Governing Senate – a clear gesture of homage to the Senate of the Roman Empire. The Russian Senate was a council of high-ranked civil servants and military commanders that had the right to make state decisions in absence of the Tsar himself. Later, in 1718-1719, the creation of centralized state ministries, called the Collegiums, began. Collegiums gradually replaced the obsolete systems of Moscow’s prikazes, dividing the state functions between respective institutions.

So, by 1721, all preparations were made to announce the new status of the Russian state and its sovereign. How did it happen?

How, where, and when was the Russian Empire proclaimed? 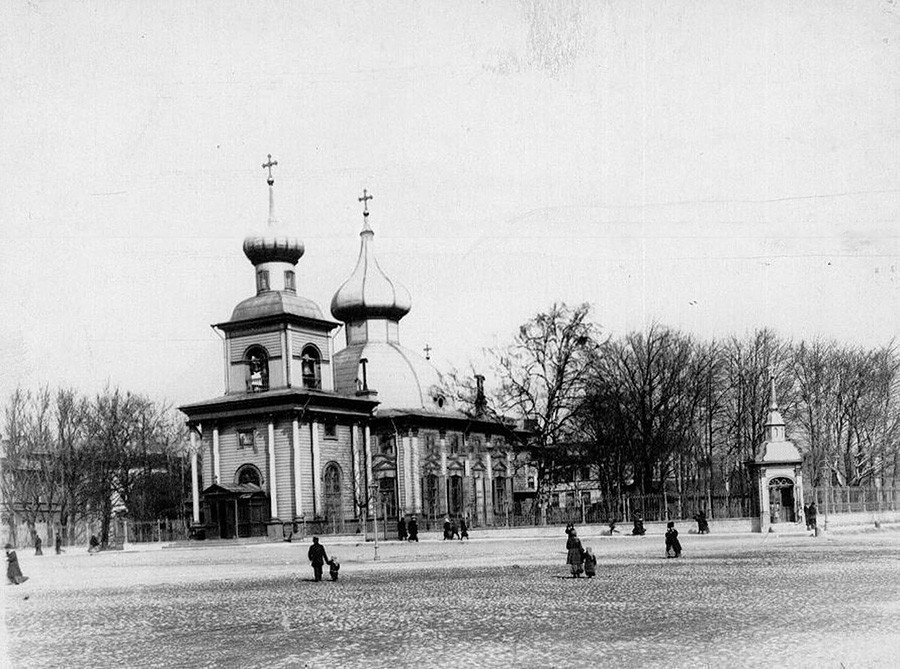 The creation of the Russian Empire was announced on October 22nd, 1721, simultaneously with the celebration of the Treaty of Nystad (signed between the Tsardom of Russia and the Swedish Empire on 10 September 1721) that ended the Great Northern War with the decisive victory of Russia. According to the Treaty, Sweden recognized the transfer of Estonia, Livonia, Ingria, and Southeast Finland to Russia. For Russians, this was a victory of an enormous significance, because just before the war, Sweden had been Europe’s most powerful military power. Now, this accolade, by all means, belonged to Russia.

The question of proclaiming Peter the Emperor of Russia was first officially raised just four days before the solemn ceremony, on October 18th, 1721, by the members of the Most Holy Synod (the governing body of Russian Orthodox Church). They decided to “plead” Peter to accept the title of “Peter the Great, Father of the Fatherland, and the Emperor of All Russia.” On October 19th, this decision was made known to the Senate. On October 20th, Prince Alexander Menshikov announced this decision to Peter himself, who, reportedly, refused to accept the title repeatedly, but finally gave his consent. 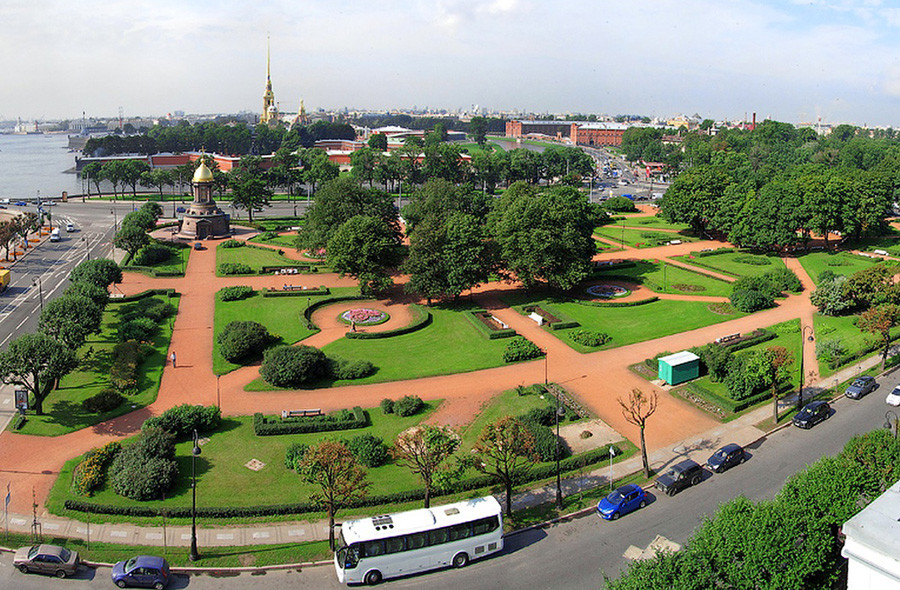 On October 22nd, a gala church service was held in the Old Trinity Cathedral, St. Petersburg’s first and oldest church (destroyed by the Bolsheviks in 1933). For the ceremony, over 1,000 of the highest military and civil ranks were gathered, and 125 galleys of the Baltic fleet stood in line on the Neva river near Trinity square. Inside the rather small wooden cathedral, in a somewhat modest setting, Peter accepted the title of Emperor. After a church service, Chancellor Gavriil Golovkin (1660-1734) made a speech in which, on behalf of the Senate, the Synod, and all the people of the Russian Tsardom, asked Peter to accept the title of Emperor. Accepting the title, Peter the Great made a very short speech of just three sentences, giving thanks to God for the victory over Sweden, encouraging Russian soldiers to further practice in their military exercises, and concluding with “it is appropriate to work towards the common good and profit that God himself lays before our eyes [...] so that the people would be comforted.”

Along with Peter, who changed his title from Tsar to Emperor, his wife changed her title from Tsarina to Empress, and the Tsar’s crown in the state coat of arms was substituted with the Imperial crown. After the ceremony, a vast celebration followed, with fireworks that lasted for nearly three hours that were organized and controlled by Peter the Great himself. Emperor Peter drank with the guests until three in the morning, and the whole celebration lasted for a week more.