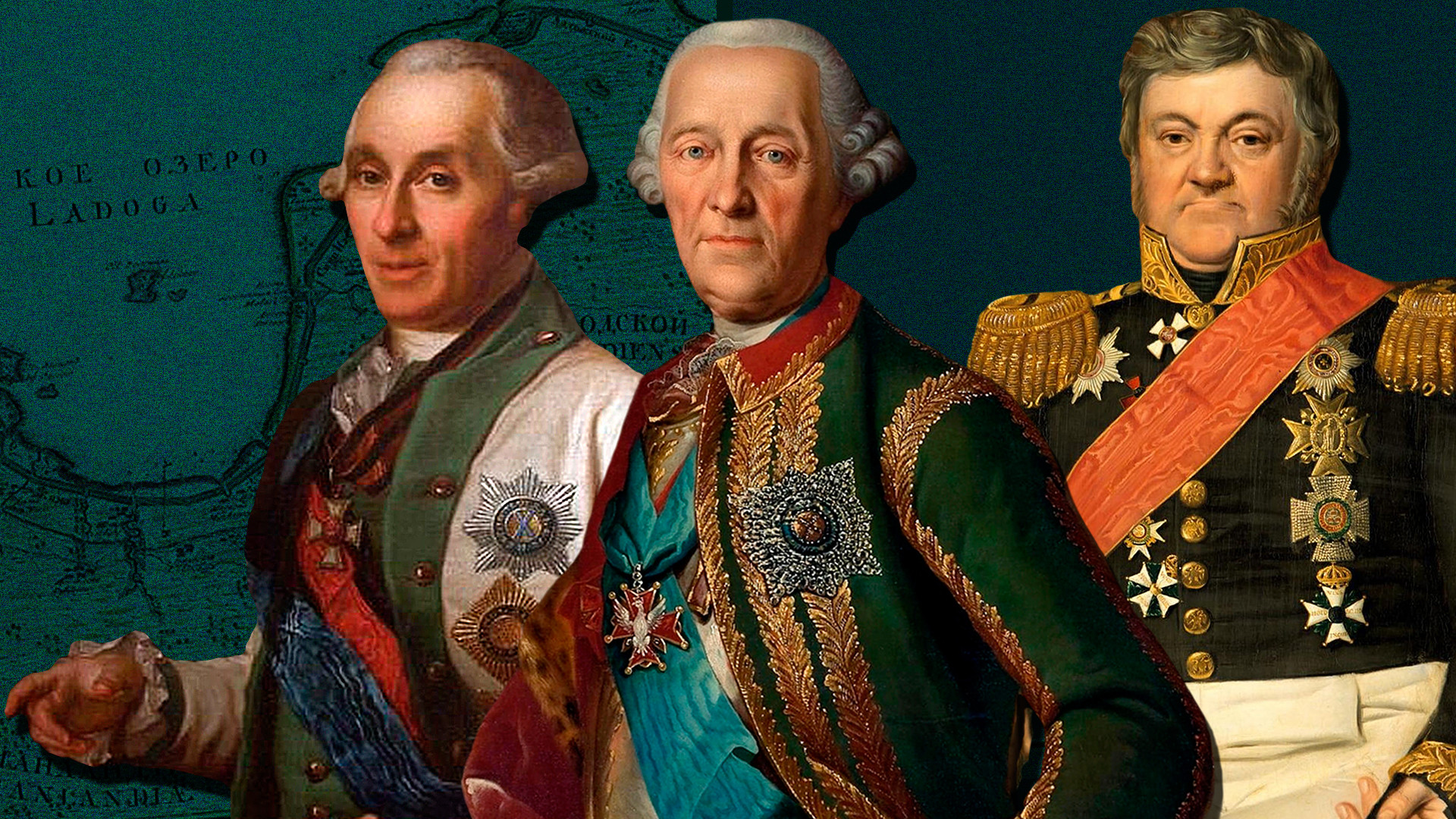 Hermitage Museum; Private collection. Den Haag; Rybinsk Museum-Preserve; Public Domain
Having been stripped of the opportunity to build a career back home, these officers set off for the faraway exotic land of Russia, which offered them much deserved credit for their talents and military prowess. 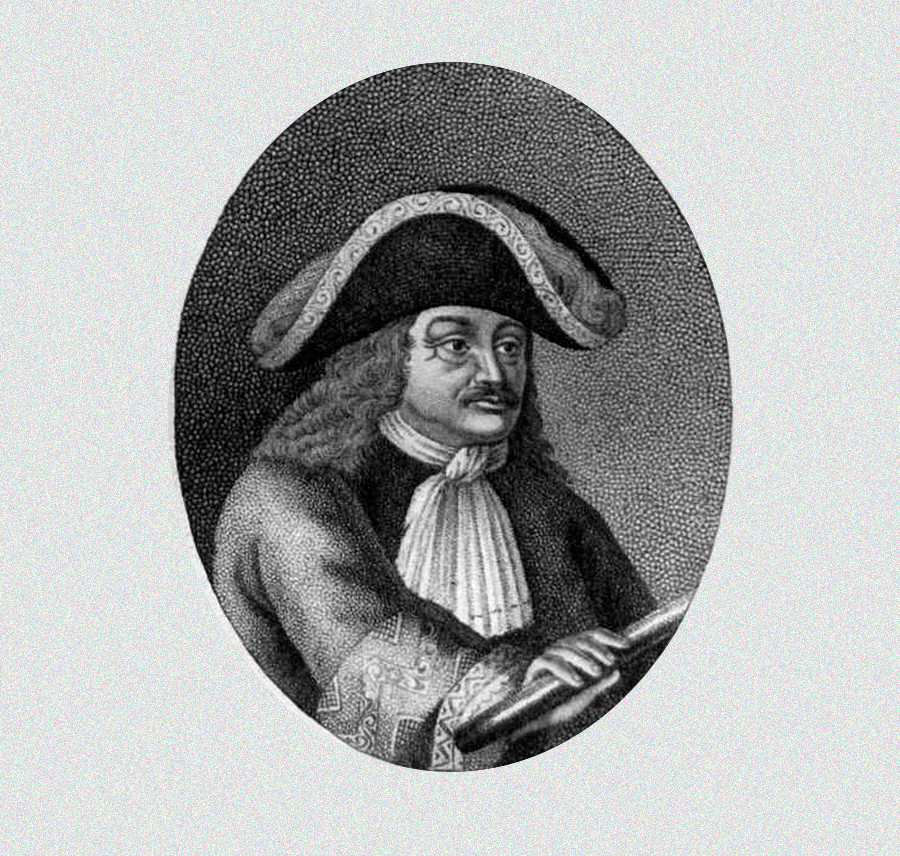 Before transitioning to Russians service, Patrick Leopold Gordon of Auchleuchries had stints in Sweden and Poland. The Russian ambassador to Poland, Zamatnya Leontyev, was so impressed with his skills in the Russian-Polish war (1645-1667) that he managed to convince the Scotsman to join the ranks of Tsar Aleksey Mikhailovich.

After many years spent in wars against Turkish and Crimean Tatars on Russia’s southern border, Patrick Gordon became one of the closest allies to Tsar Peter I, helping him realize mass-scale reform in the country. A brilliant theoretician and military scientist, Gordon became the godfather of the Russian guard: he trained the first guard members in all aspects - from formation variants to the construction of fortifications and the setting up of camps and so on.

In his role as one of the commanders, the Scotsman took part in the Azov campaign of 1695-1696, in the course of which Russia took its first step toward fortifying its position in the Black Sea region. When Gordon passed away in 1699, Peter I said the following at his funeral: “I give him but a handful of earth, while he has given me a whole territory of it, together with Azov.” 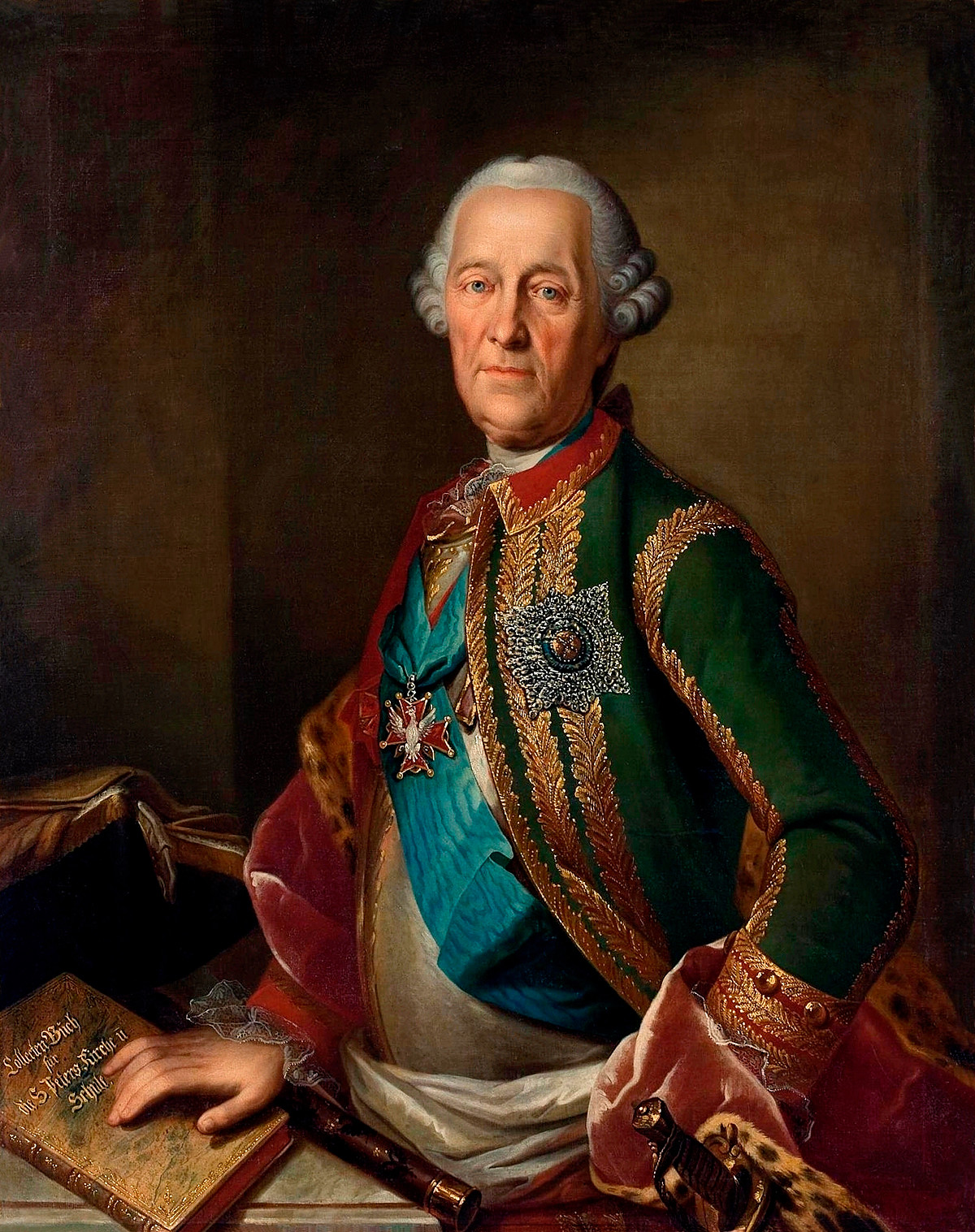 When in 1721 the Saxon Count Burkhard Christoph von Munich received an invitation to join the Russian service under Peter I, he had by then already served as military engineer in four separate European armies and braved a great number of wars and conflicts. In Russia, however, the count (who went by Christopher Antonovich Minich) first busied himself with civilian instructure, building roads, ports and bypass channels.

With Anna Ioannovna crowned Empress of Russia in 1730, Minich was tasked with reforming the army. Christopher Antonovich carried out the massive task of cleaning up the books, set up training garrisons and hospitals for the wounded and founded the first Gentry Cadet Corps in Russia, among other things. During his time, the Russian Empire gained its first hussar and sapper regiments, as well as having more than 50 strongholds built and repaired.

Minich likewise proved himself as a military commander. In 1736, for the first time in its history, Russia entered Crimean capital of Bakhchisaray under his command. On august 28, 1739, the commander defeated the Ottoman army, which outnumbered Russian forces (90,000 and 60,000 respectively) in the battle under Stavuchany, having lost only 13 men and with the enemy losing more than 1,000! It was this victory that put an end to the myth of the “invincible Turks” and marked the beginning of a string of 18th century military successes against Turkey.

A soldier to the core, Minich wasn’t very adept at navigating court intrigue. In 1741, at the behest of Empress Elizabeth, he was exiled to the Urals, where he spent 20 years. In 1762, Emperor Peter III returned the 78-year-old Minich to St. Petersburg. Later, the extravagant and unpredictable Russian monarch managed to turn his entire entourage against him, bringing about his dethroning and with it, the reign of his wife, Catherine II. The German Field Marshal was grateful to Peter and remained loyal to him during the coup d’etat. The Empress did not punish Minich for this, however. On the contrary, she fulfilled his long-held dream by making him Governor of Siberia, a post he held until his death in 1767. 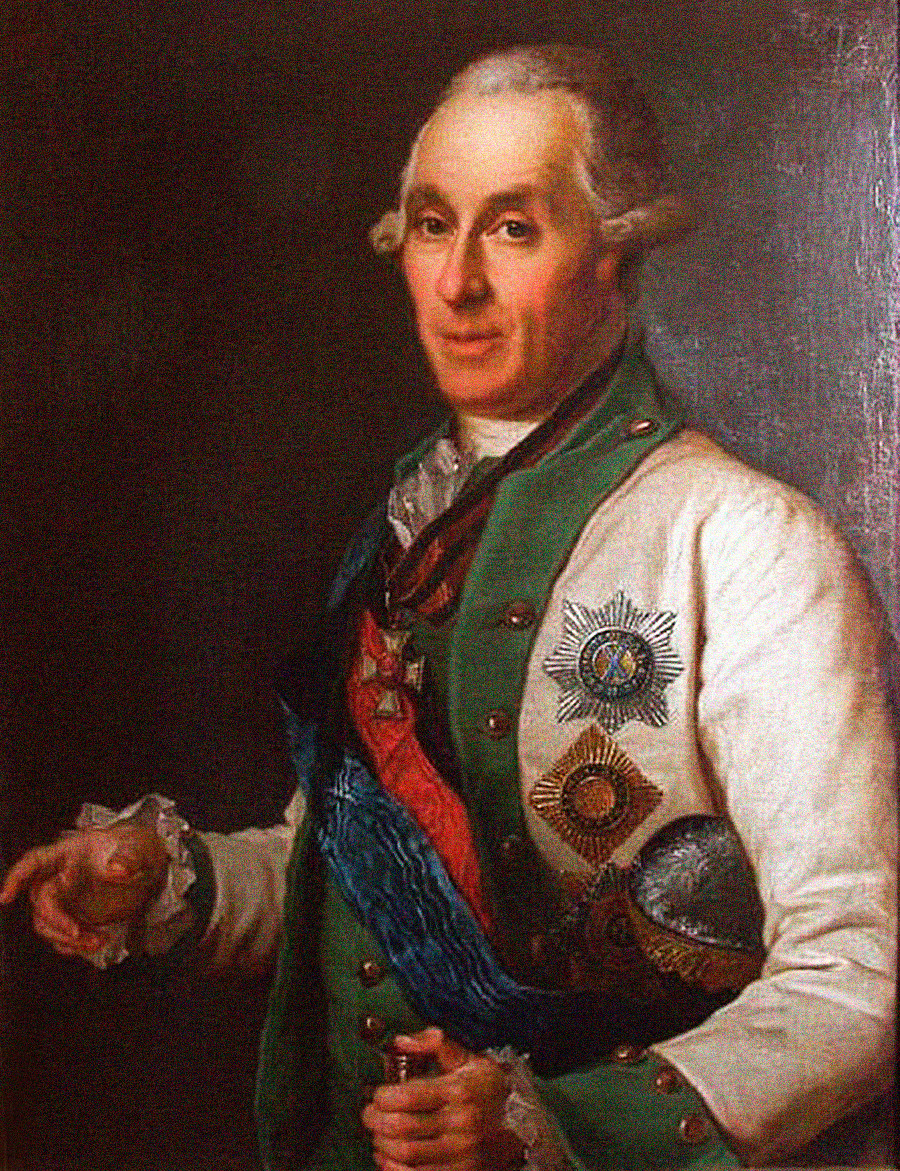 Like many Scotsmen that preceded and followed him, Samuil Greig did not find it easy to advance through Royal Navy ranks. Having found out that Russia was hiring capable foreign naval officers, he did not take long to make up his mind.

In the course of the Battle of Chesma (1770), one of the most famous in Russian history, Greig commanded the storm troops, which carried out the decisive strike on the Ottoman fleet. In the ensuing battle, the Turkish lost 15 out of 16 line ships, six frigates and 11,000 soldiers and sailors.

Greig proved himself not only in battle, but also in his contributions to the Russian Imperial Fleet. Thanks to him, the science of ship artillery was advanced, with new types of ships being developed, while the ships’ underwater parts were redesigned with copper sheets, allowing for smoother sailing. 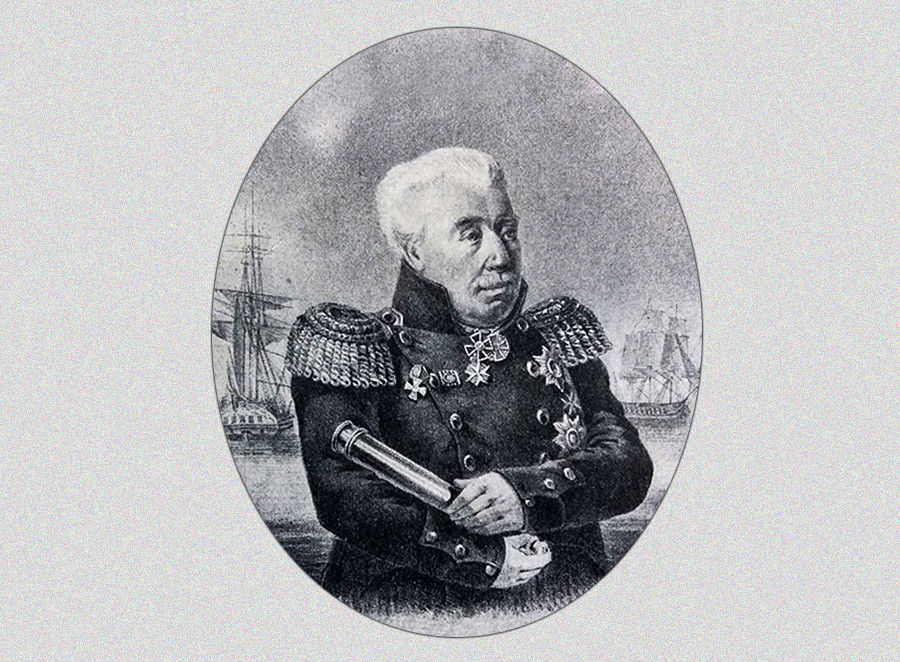 In 1788, 34-year-old scottish lieutenant of the Royal Navy, Robert Crown began his service with the Baltic Fleet in Russia, where he received the name Roman Vasilievich and was given command of the ‘Mercury’ rowing ship. He had not had to wait long for the opportune moment to prove himself - the war with Sweden had begun the same year, lasting a further two.

Crown possessed a decisiveness and courage that allowed him to correctly choose the moment of attack. Having only 24 cannons on board, he braved attacks and boarded the 44-cannon ‘Venus’ frigate, as well as the 64-cannon ‘Rättvisan’ battleship. In the battle for Vyborg on July 3, 1790, his Mercury sank 12 Swedish rowing ships.

The subsequent wars with France took Crown’s career to new heights. The Scotsman proved himself in the English-Russian invasion of Holland, as well as the marine blockade of French and Dutch ports. In 1814, Vice-Admiral Roman Crown was bestowed with a special honor - his squadron’s flagship was used to bring none other than Louis XVIII back from his English exile. 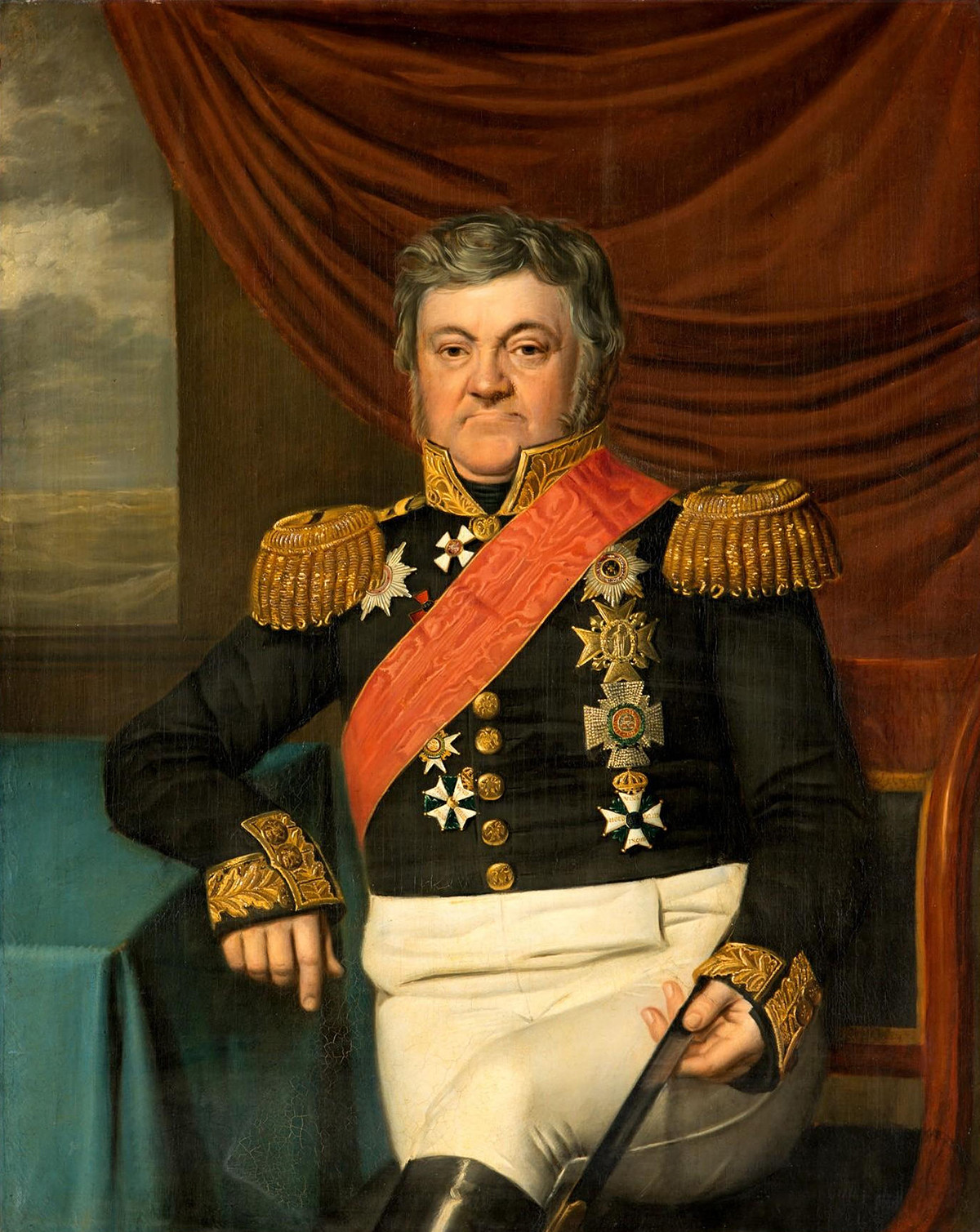 In 1795, when the French army occupied the Netherlands and forced its leader Wilhelm V, the Prince of Orange, to flee, Navy officer, Count Lodewijk-Sigismund Gustaaf van Heyden remained loyal to the exiled prince, which landed him in prison for several months. Having served his time, the count understood that remaining on home soil was going to be dangerous, so he swore an oath to Russia.

Login Petrovich Geyden was the name given to him in Russia, where he excelled in the 1808-1809 war with Sweden and the war with France, which followed it. However, it was the fight against the Turkish-Egyptian fleet in the 1827 Battle of Navarino that became the highlight of his career as a navy man.

The squadron commanded by Geyden - who had by then risen to the rank of Counter admiral - not only survived enemy attack, but also managed to crush their core and right flank. The victory played a major role in the struggle for Greek liberation and the country did not forget it: Geyden’s name graces one of the streets in Athens today, while the town of Pilos has a monument and a celebratory postage stamp was created on the 100th anniversary of the battle, bearing Login Petrovich’s likeness.