How the FIRST vaccination in Russia happened 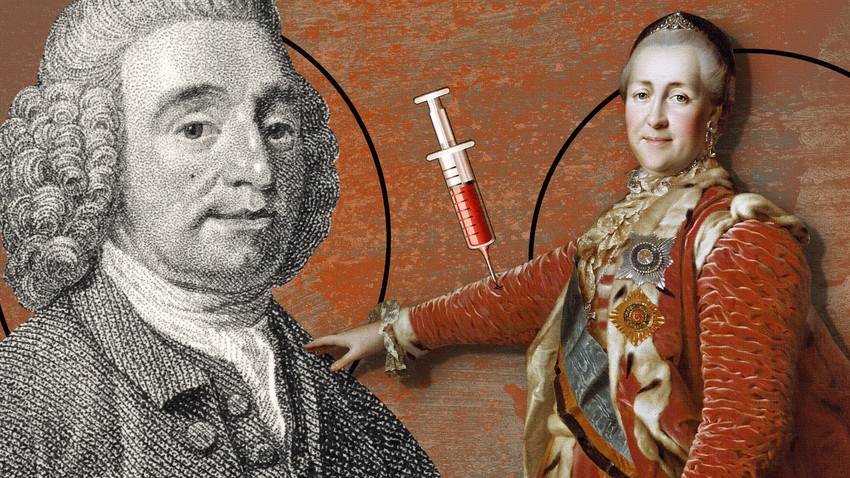 Getty Images; Russia Beyond
Before Catherine the Great, Russians had a superstitious fear of immunization. The Empress had to try the inoculation against smallpox on herself to convince the nobility to do the same.

When in October 1768, Catherine the Great felt duly sick after a smallpox inoculation, she was staying at the palace in Tsarskoe Selo, isolated from the Petersburg court. Thomas Dimsdale, the English doctor that performed the procedure, was by her side, documenting the Empress’s condition.

However, by the direct order of the Empress, there was a secret carriage waiting ready at all times to help Dimsdale and his son and assistant Nathaniel flee the country – the Empress was worried that if she died after the procedure, her courtiers would just execute Dimsdale in an act of vigilante justice. Who was Dimsdale and why was he chosen to inoculate Catherine?

Death near the throne 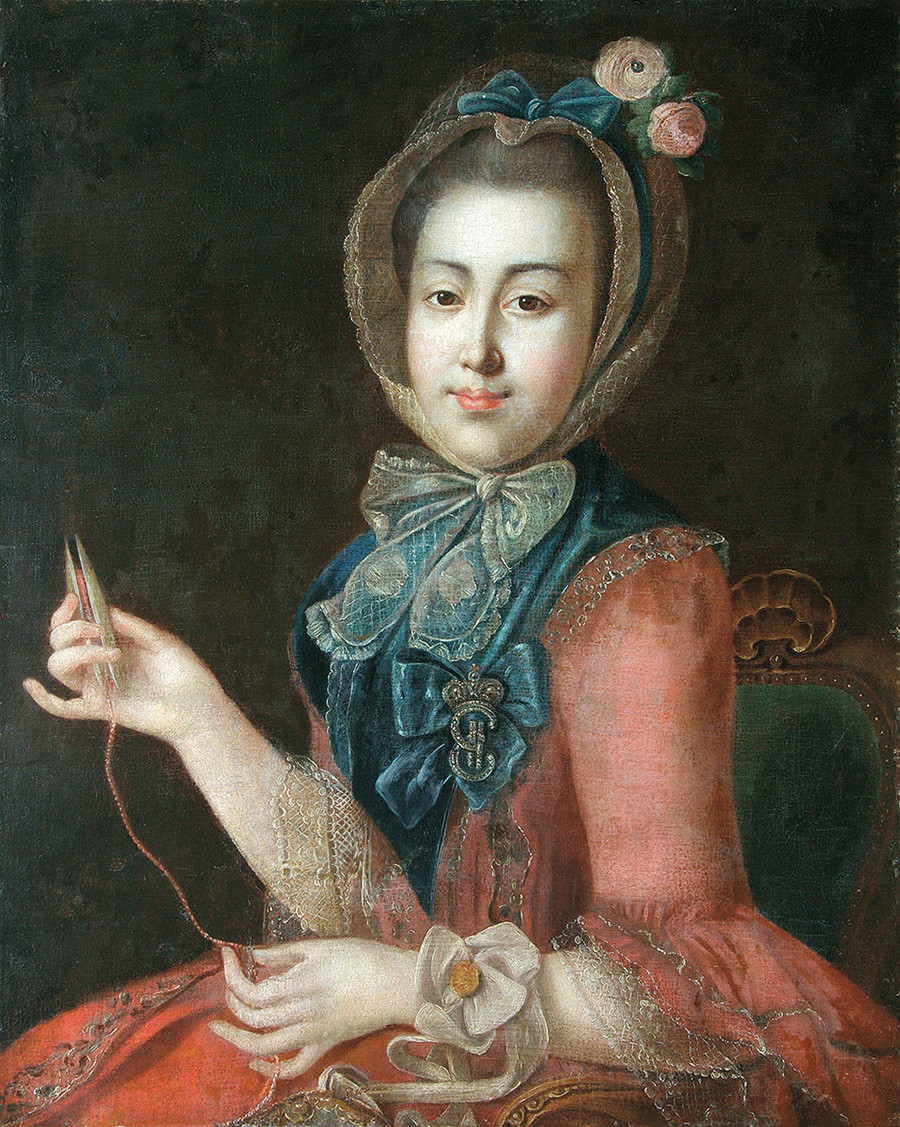 Catherine didn’t contract smallpox in her childhood (so she didn’t develop an early immunity to it). The disease, raging in 18th-century Europe, was one of the few things Catherine, otherwise an unflinching person, was really afraid of. “I had been taught from childhood to be terrified of smallpox and at a more mature age it cost me a great deal of effort to reduce this horror,” Catherine wrote in a private letter to Friedrich II of Prussia. Her husband Peter III suffered from a heavy smallpox in his childhood – his health was irreversibly damaged and his face was forever pockmarked, which, obviously, wasn’t reflected in his official portraits but apparently made the Emperor ugly.

Moreover, in 1768, smallpox appeared right beside the throne. Anna Sheremeteva was one of the most beautiful ladies-in-waiting in the Russian court and also engaged to Nikita Panin, the head of all foreign affairs in Russia (and 26 years her senior). Just a few days before the planned wedding, Anna died of smallpox that developed very fast. It was unclear how she was infected.

“I was advised to vaccinate my son with smallpox. I replied that it would be shameful not to start with myself and how to introduce smallpox without setting an example?” Catherine described the situation further to Friedrich II. “To remain in real danger all your life with thousands of people, or to prefer a lesser danger, a very short one, and save a lot of people? I thought that by choosing the latter, I had chosen the right one,” Catherine wrote.

What was the inoculation? 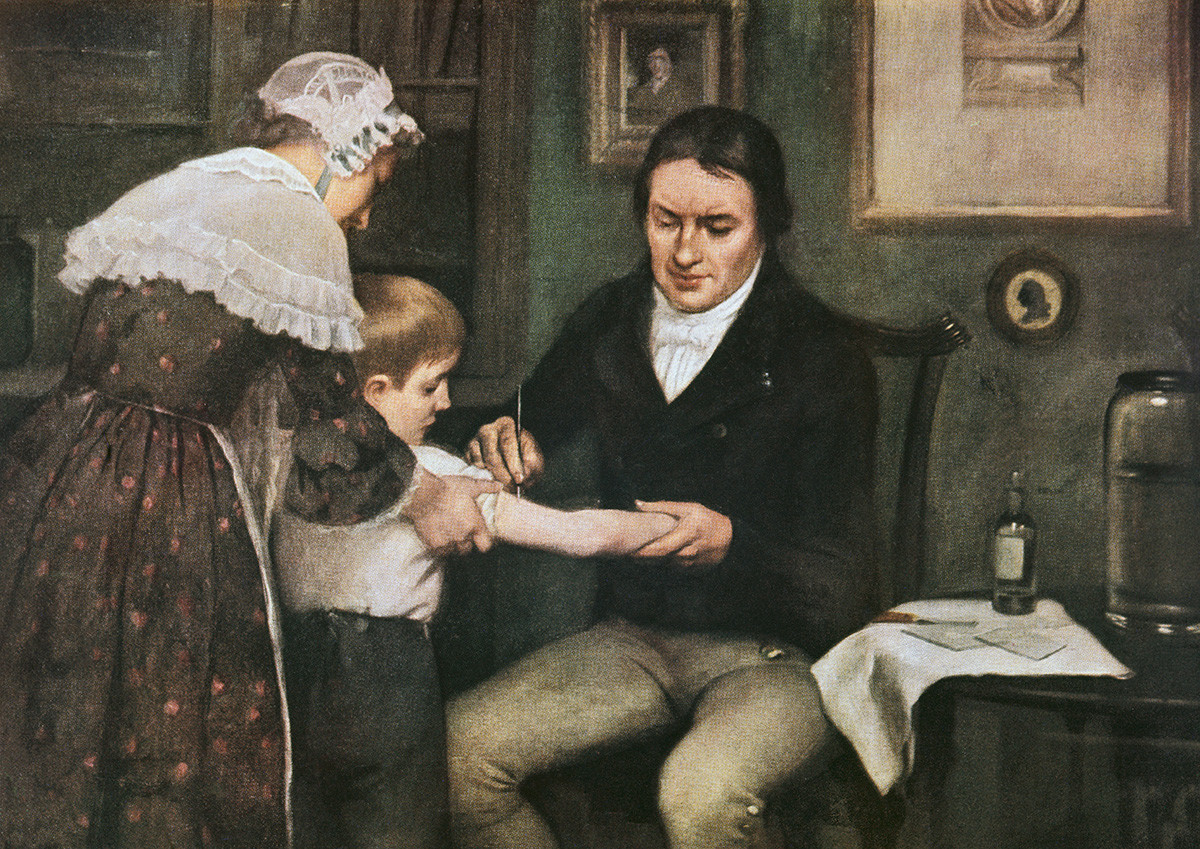 Catherine trusted the task of finding a doctor who could vaccinate her with smallpox to Nikita Panin, who had just lost his bride to the disease. The doctor was found in England – Tomas Dimsdale, author of a recently published brochure on a new method of vaccination – inoculation. The Russian envoy in England sent for Dimsdale and invited him to Russia. “I was given to know by hints that, in addition to the benefits of the entire empire from this invitation, some persons of the highest rank would probably be the subject of my trip,” Dimsdale wrote.

In 1768, Dimsdale went to Russia with his son Nathaniel. As they arrived at St. Petersburg, they found a hospital organized in one of the city houses, equipped with the basics needed for vaccination. Dimsdale first offered Catherine to test his method on women of her age and stature, but the Empress refused – this would have taken too much time. Dimsdale went on to vaccinate a few cadets – however, none of the experiments were successful. Suddenly, the Empress demanded to vaccinate her immediately. 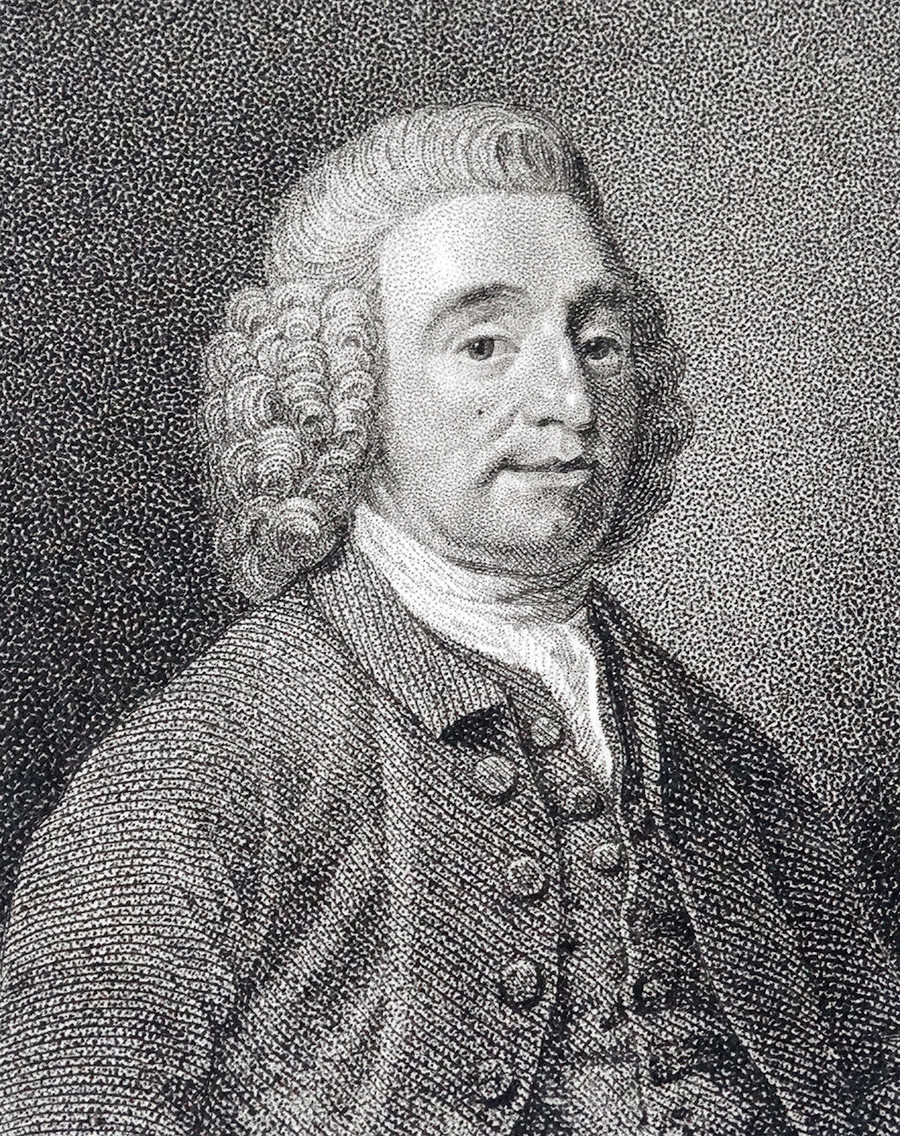 The method of vaccination by so-called inoculation was known in India since ancient times. 10-15 tiny cuts were made on the skin, so that the blood barely shows, and the place was then covered with a piece of cloth soaked in solution of water and liquid taken from smallpox pustules. This method was popular in the Eastern countries and was brought to England in 1718 from the Ottoman Empire by Lady Mary Wortley Montagu, wife of the English ambassador in Constantinople, who successfully inoculated her children.

This was the method Dimsdale used with Catherine the Great on October 12, 1768. The inoculation material was taken from a 6-year-old boy, Sasha Markov. At night, sleeping, wrapped in a blanket, Sasha was brought to the royal palace, taken through a secret passage to Catherine's chambers and, from the boy’s arm to Catherine’s arm, an infected lymph was transferred. Immediately after that, Catherine left for Tsarskoye Selo. 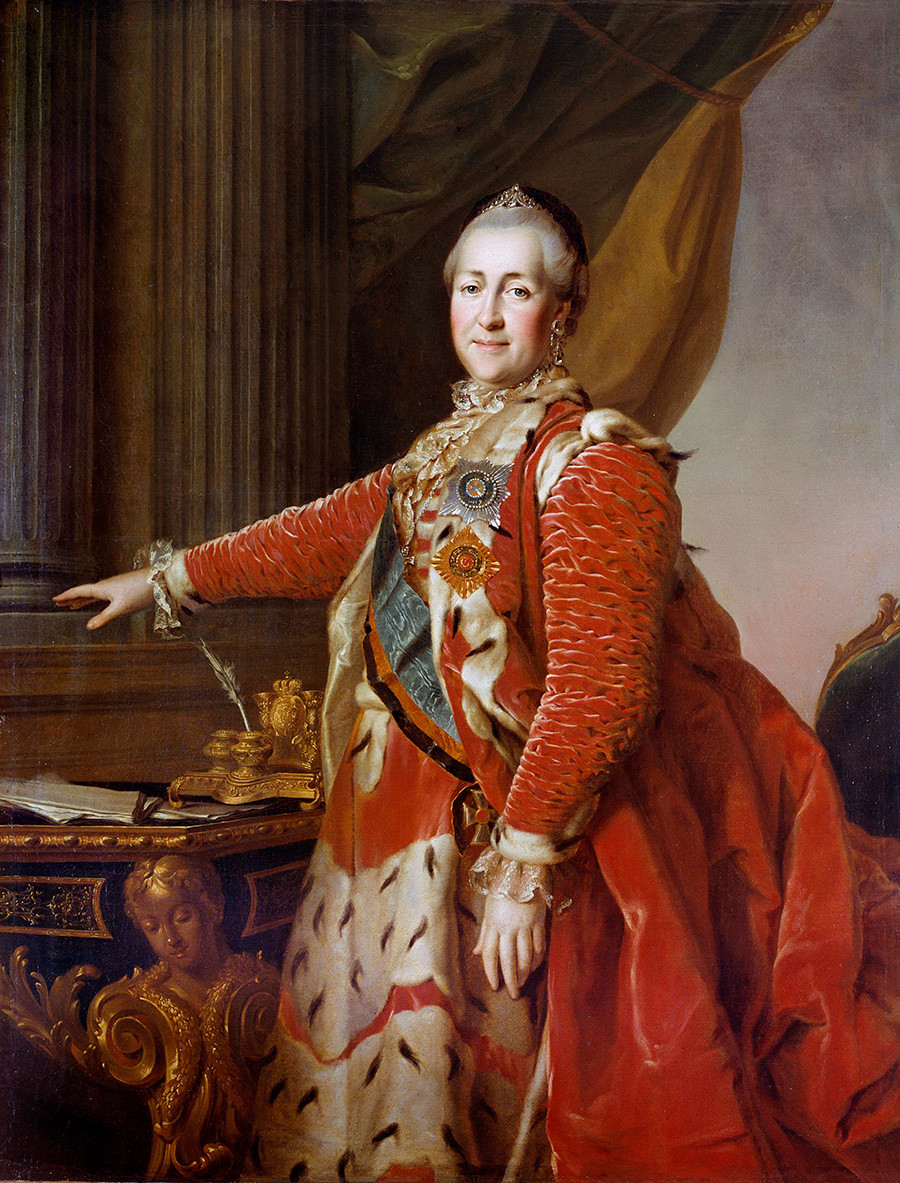 She was followed by Tomas Dimsdale and his son. The doctor kept a journal of Catherine’s condition: “The night after the vaccination, the Empress slept well, there was slight pain and the pulse accelerated. The overall condition is excellent. The food consisted of stew, vegetables and some chicken meat.”

On October 18, Catherine first felt fever and lost her appetite. Smallpox pustules began to form on her body and, although she was faint and had aches in her throat, in 10 days, by October 28, she had fully recuperated. Dimsdale didn’t need the getaway carriage – on November 1, Catherine was back in St. Petersburg, accepting congratulations from her court. That same day, Pavel Petrovich was vaccinated, also successfully.

Dimsdale and his son were awarded lavishly – they were both given the titles of Russian barons and they received: £1,000 as an award, £2,000 ‘for the way back,’ and each of them, an annual pension of £500. This was an enormous sum – for example, an English footman earned £8 per year in the 18th century, a coachman up to £26 and the annual sum of The 1st Lord of the Treasury was £4,000. 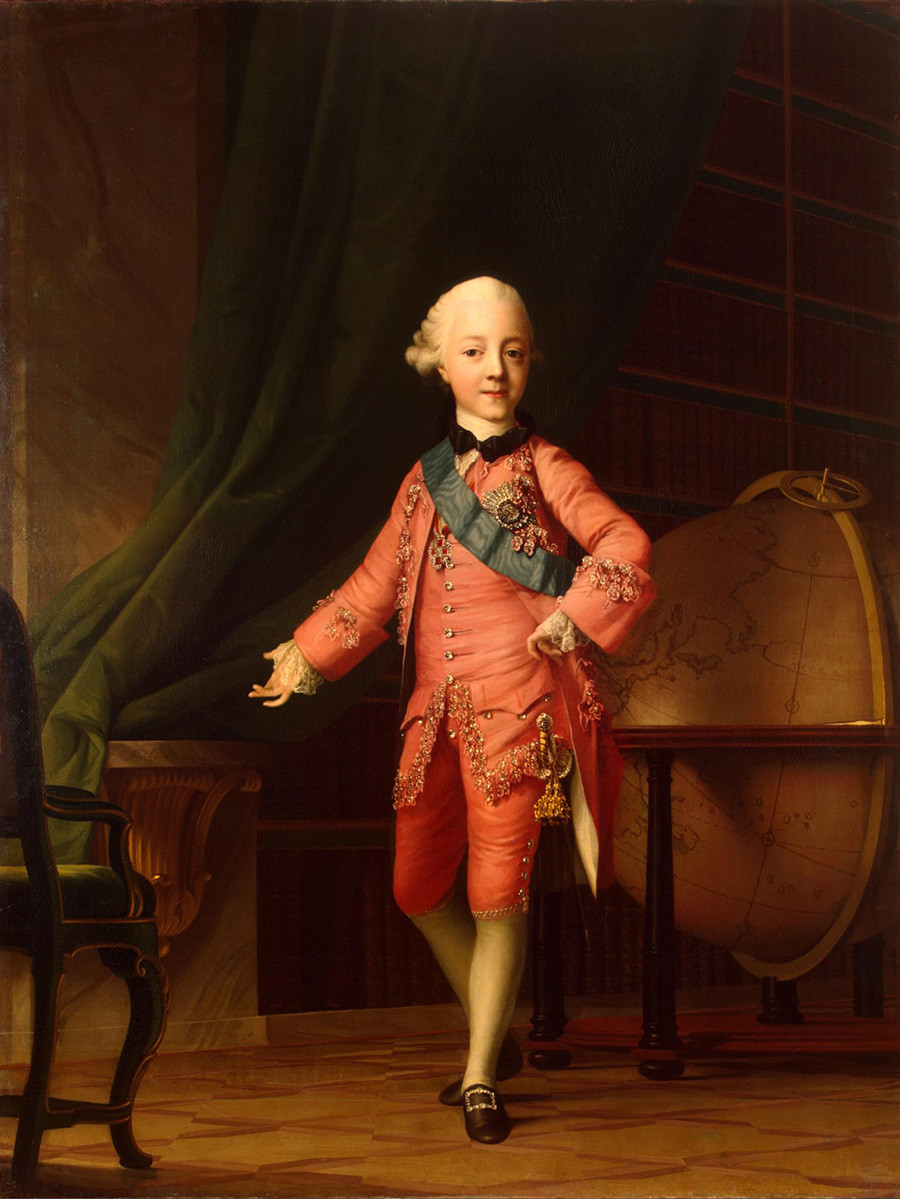 The Dimsdales, however, didn’t leave Russia until they had vaccinated the highest nobility. In St. Petersburg, Dimsdale used the material he obtained from the Empress and the Grand Duke themselves – thus, the Russian nobles were freed of the prejudice that something bad could happen to them because of the vaccination, as they had been naturally vaccinated with the fluids from the Empress’s body. If Empress did it, then who wouldn’t? Dimsdale then went to Moscow and vaccinated, as he wrote, over 50 noble people there. Leaving Russia, Dimsdale carried with him an imposing collection of pieces of art Russian noblemen had given him as awards for the inoculation – according to the habits of the era, they couldn’t pay Dimsdale, now a Russian baron, money, so they ‘paid’ with extravagant gifts.

Upon his return to England, Dimsdale was so rich that he opened a smallpox inoculation clinic and a bank. He returned to Russia in 1781 to vaccinate Konstantin and Alexander, Pavel Petrovich’s sons.