How the USSR built the ‘ideal’ communal cities (PHOTOS) 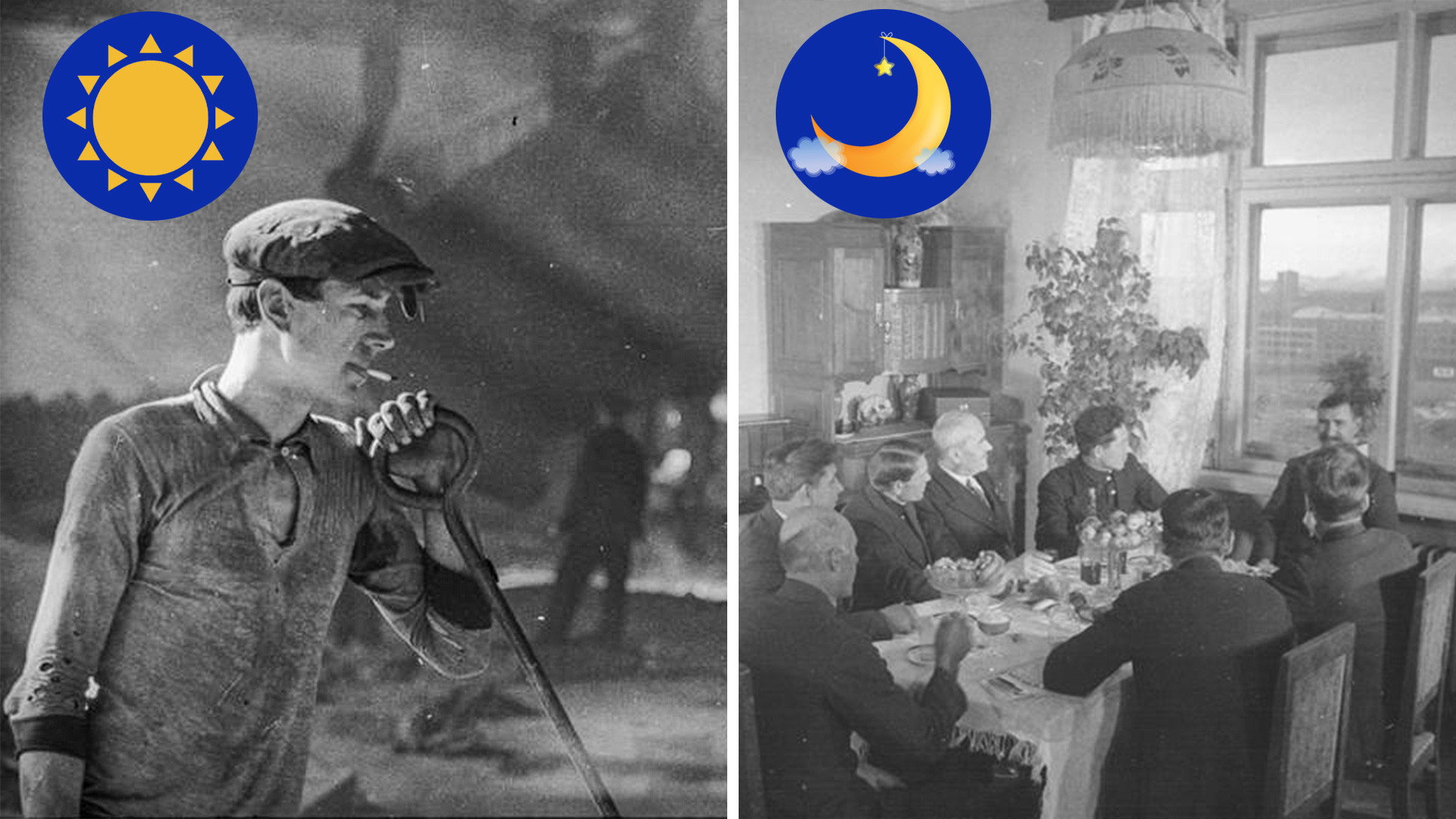 Vladislav Mikosha/MAMM/MDF
The new neighborhoods were not only supposed to solve the workers’ housing problem in the shortest possible time, but also become the model of a new proletarian way of life.

The plan of the future settlement in Novosibirsk.

In the 1930s, when the Soviet Union expanded its industrialization program and began constructing factories throughout the whole country, a flow of people poured into the cities from villages and the countryside. There wasn’t enough space in the old districts and people arriving to larger construction sites were forced to live in tents, underground dwellings, as well as makeshift homes. It was essential to build not only homes, but critical infrastructure. 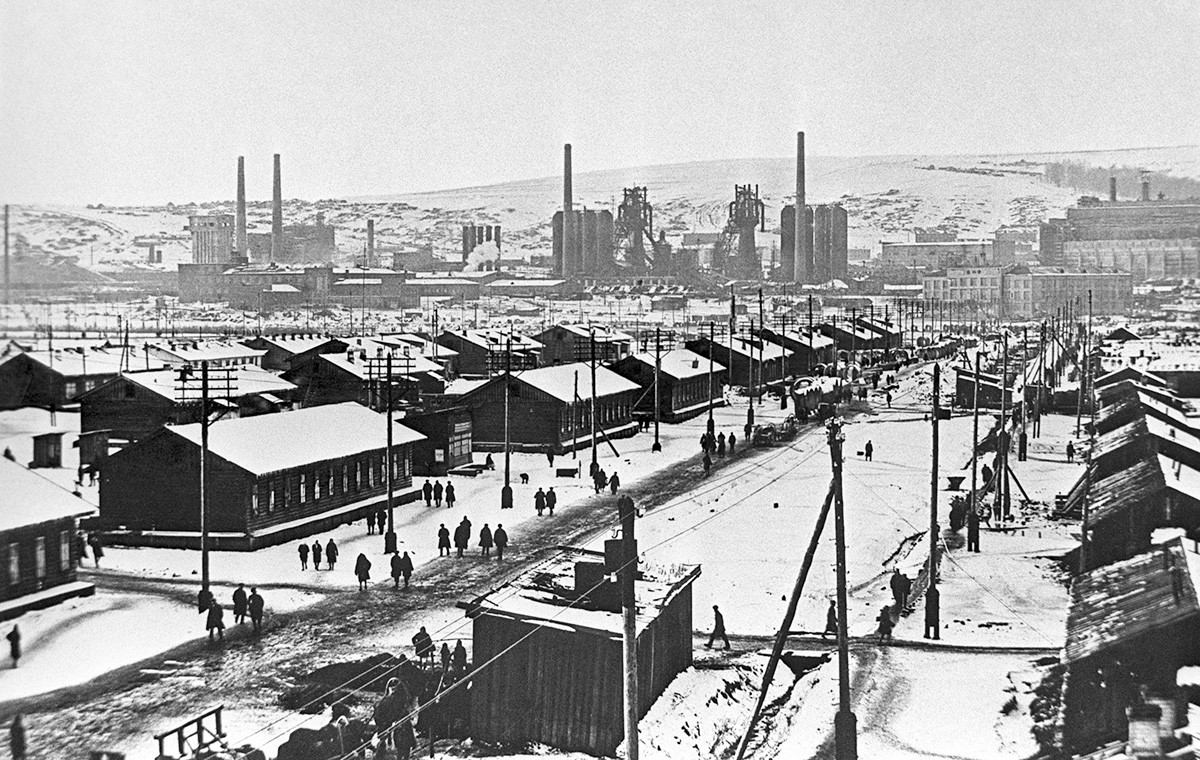 Novokuznetsk, 1932. The first houses for workers.

New districts, which were dubbed, “socialist cities”, were expected to provide housing to millions of people in the shortest amount of time and simultaneously meet the ideological objectives of the time. People accustomed to private property, now received housing and social services from the government. Moreover, all the necessities were roughly identical, from furniture to entertainment. 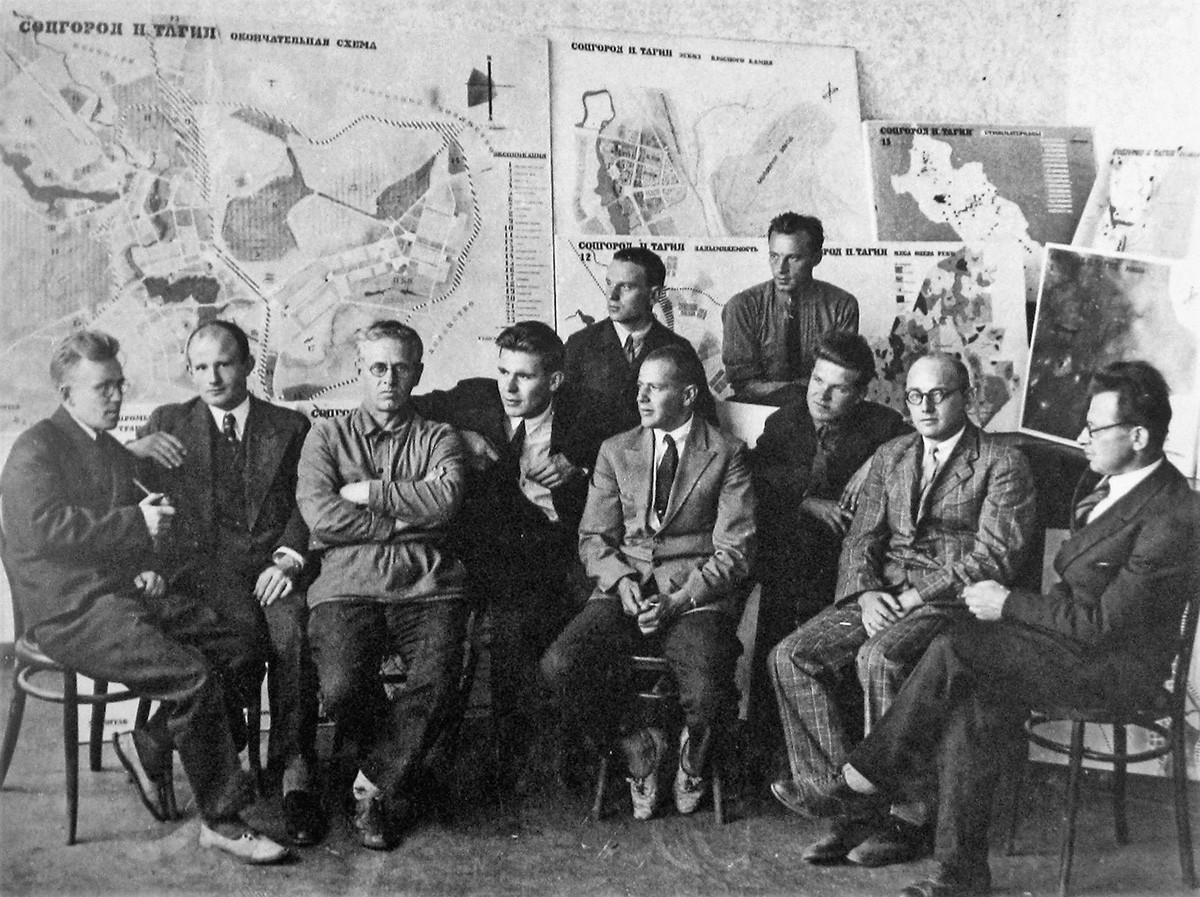 The team of foreign architects. Ernst May is 5th from the left. Nizhny Tagil, 1931.

The first socialist cities were built according to the designs of foreign specialists. Between 1930 and 1933, Soviet leadership invited a group of 17 German and Austrian architects and urban planners. Heading the group was Ernst May, an ideologist of mass standardized residential building design. He was the head architect in Frankfurt am Main, where functional residential neighborhoods were built, including homes and social spaces. 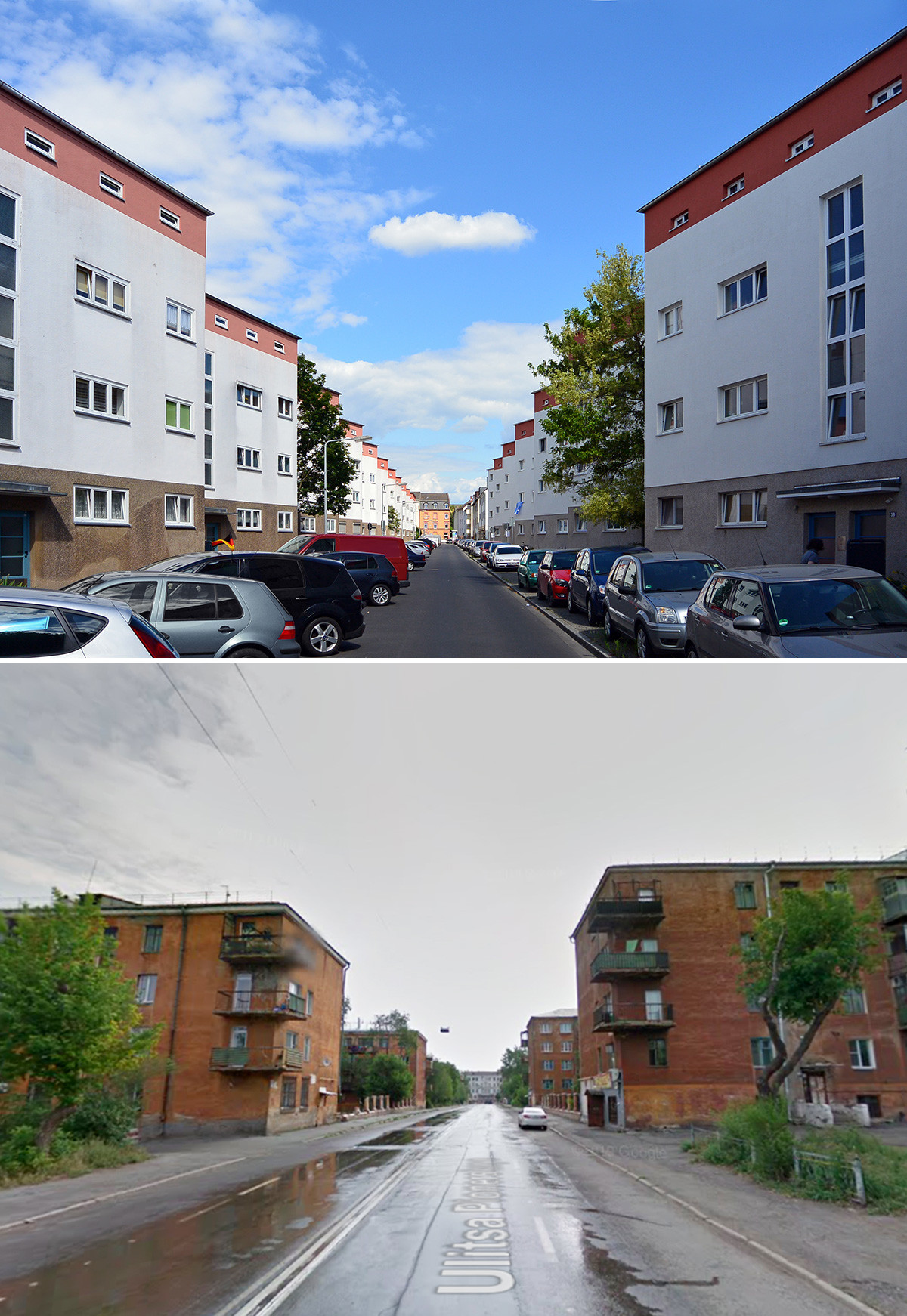 Above: 'Zig-Zag Houses' in Frankfurt designed by May. Below: Sotsgorod in Magnitogorsk.

The ‘May Brigade’ participated in the planning of at least 20 Soviet socialist cities, most of which were in the Ural and Siberian territories (Novokuznetsk, Magnitogorsk, Novosibirsk and many others), offering a new perspective on urban planning policy. 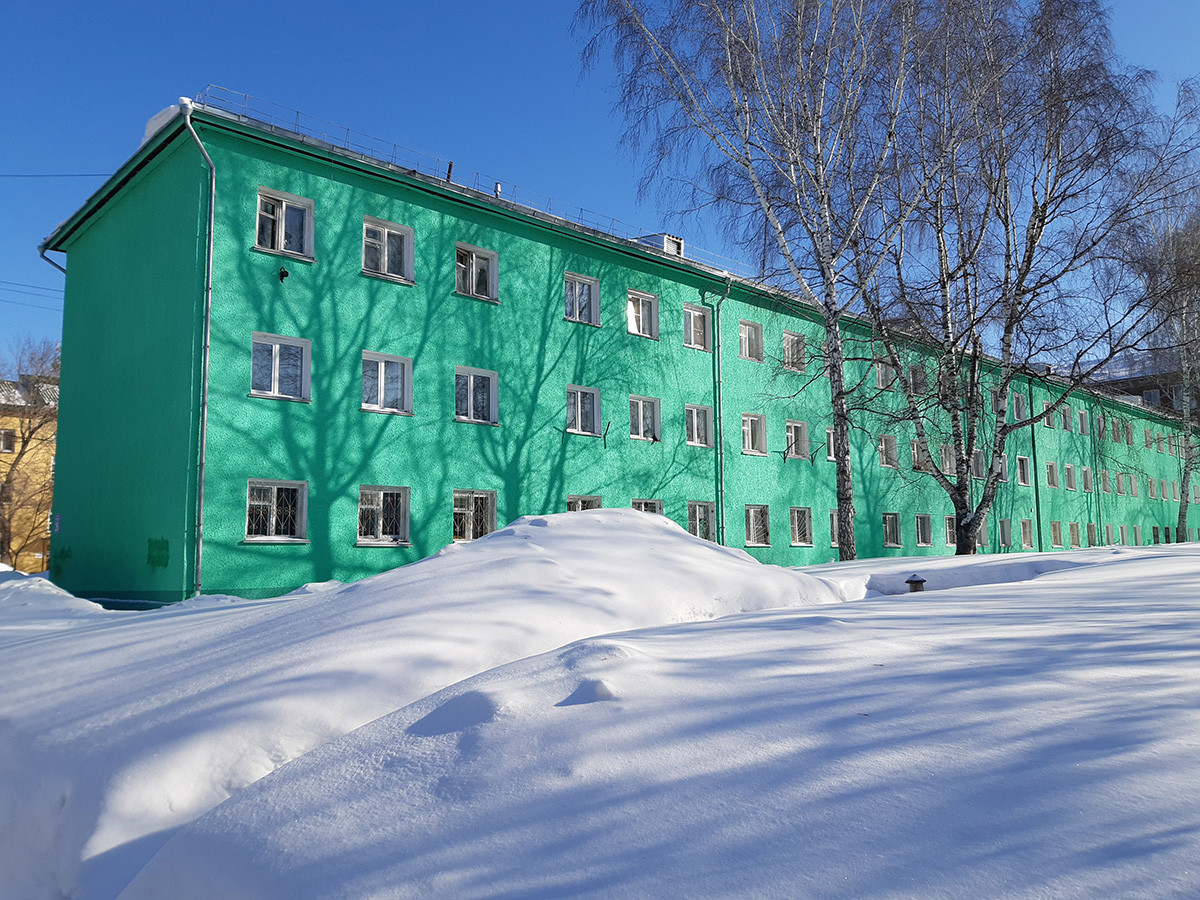 This is how the former socialist city in Novosibirsk looks like today. 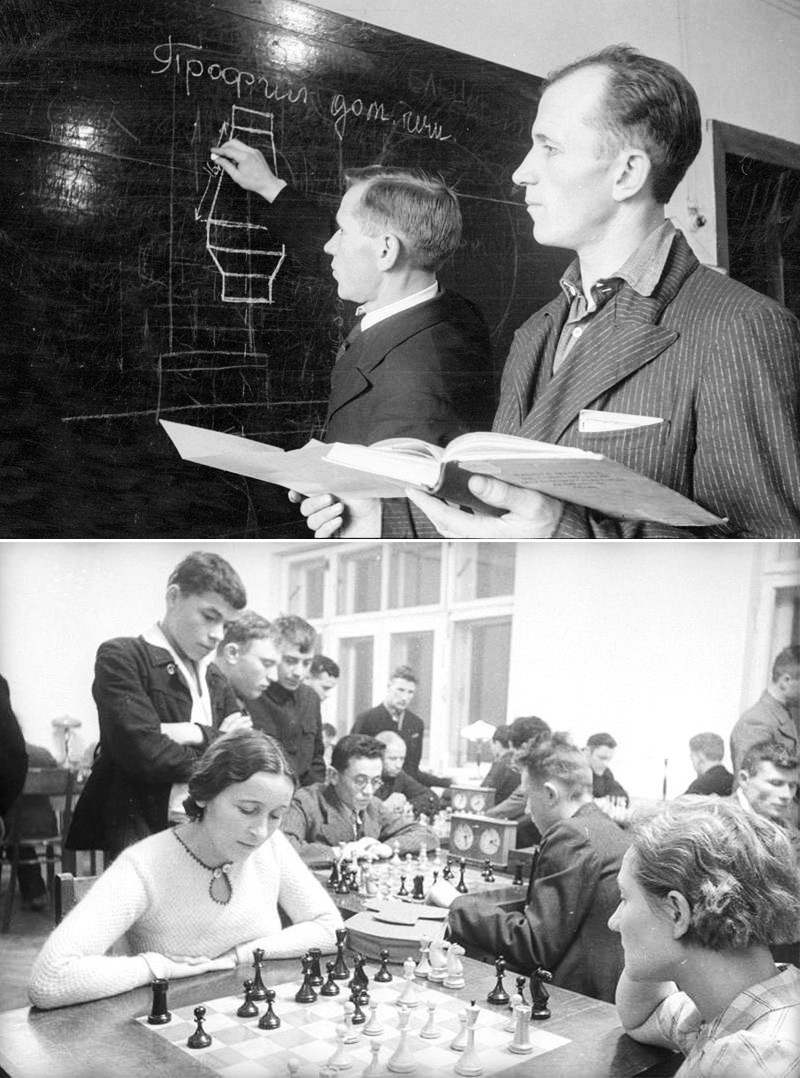 Above: Lessons for the workers. Below: A chess class at the local workers' club. 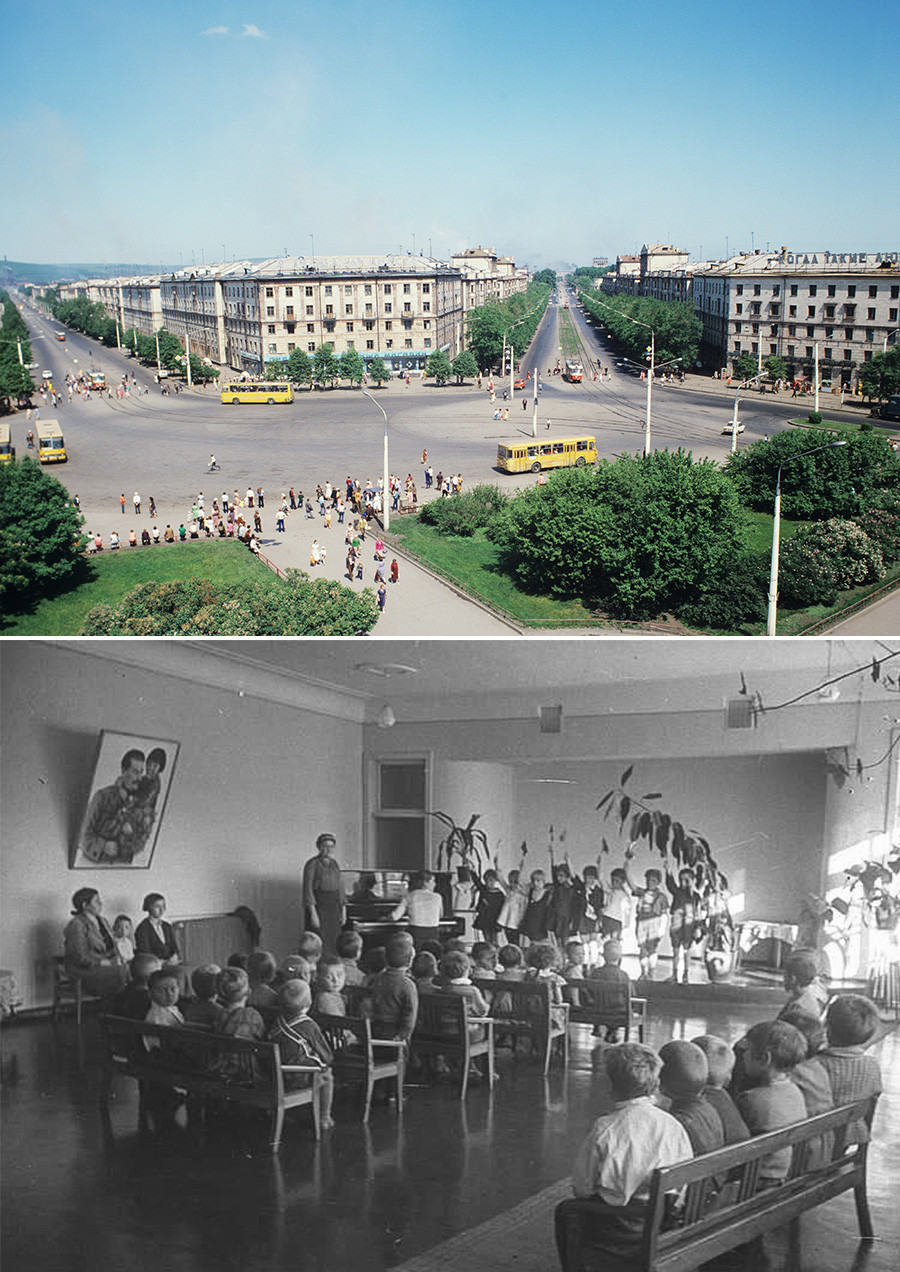 Above: Novokuznetsk, Kemerovo Region. Below: A kindergarten in sotsgorod.

Socialist cities were to include low-rise residential neighborhoods, an administrative center, essential stores, canteens , laundry facilities, as well as big and small green spaces for strolling and visual separation of the factory from the residential community. As a rule, the German architects positioned the ends of houses towards the street to reduce exterior noise and the amount of dust on windows. The streets led to the city center. This type of building was called a housing row. 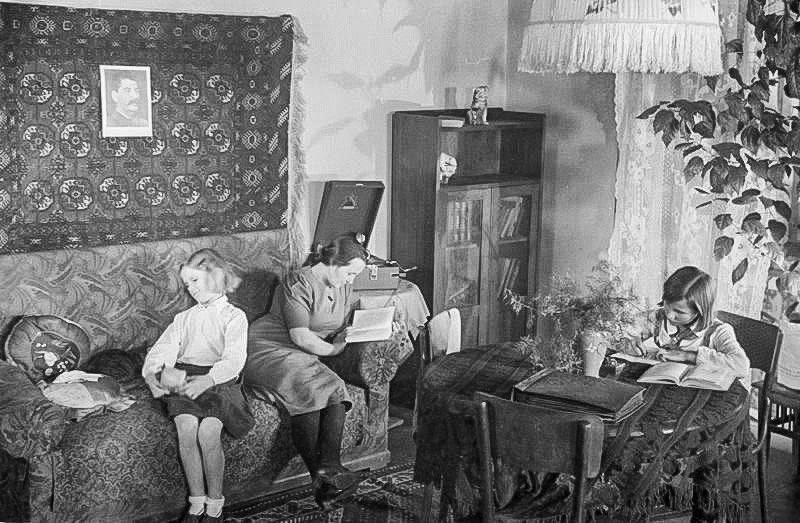 An apartment of a worker's family in Magnitogorsk.

Perhaps, to a modern person, these kinds of homes wouldn’t seem the most attractive; however, for its time, they were considered a true innovation.

Though, the apartments and bedrooms themselves within the communal units were very modest, they were equipped with all the modern comforts which, during that time, were inaccessible to the majority of people. This included, for example, a bathroom. In Novokuznetsk, an industrial city in southern Siberia, “Frankfurt kitchens”' were installed in the apartments in the design of Austrian architect Margarete Schütte-Lihotzky, who also belonged to the ‘May Brigade’. These ergonomic kitchen designs, which made a real revolution around the world, substantially simplified cooking. Yet, places for family time in the apartments weren’t provided: free time needed to be spent within the community. 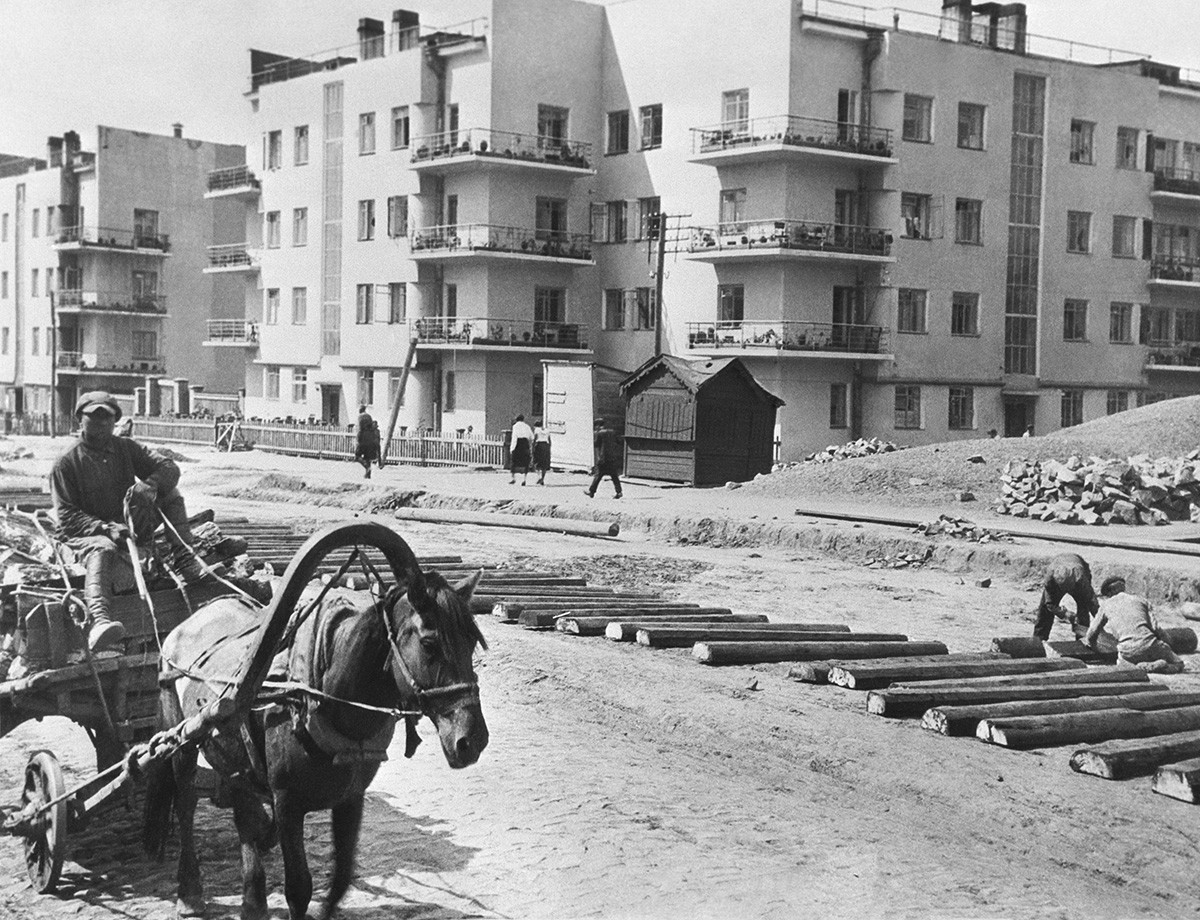 In many cities in those districts, the predominant living situation was not in homes with separate rooms, but in residences and communal homes, which best lived up to the utopian ideas about communal life. According to then-Soviet norms, one person was entitled to just 9 m2 (about 97 ft2) of housing. 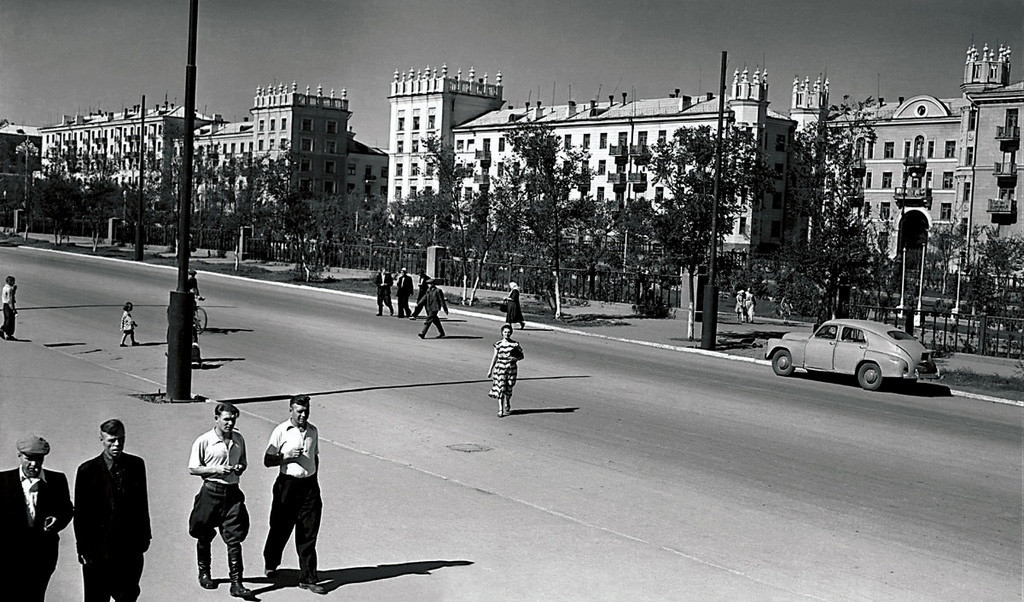 From the mid-1930s, Soviet specialists were already busy planning socialist cities. New neighborhoods were planned with wide buildings and streets. Homes also grew vertically: 7 and 9 story buildings with oriel windows (bay windows), loggias (recessed balconies) and sculptures in Stalin’s ‘Empire’ style. After the Great Patriotic War (known as WWII throughout the rest of the world), the need arose to restore destroyed homes and Soviet architects turned to no-frills panel construction, a style of construction using prefabricated concrete slabs, aiming to provide every family with a separate apartment. 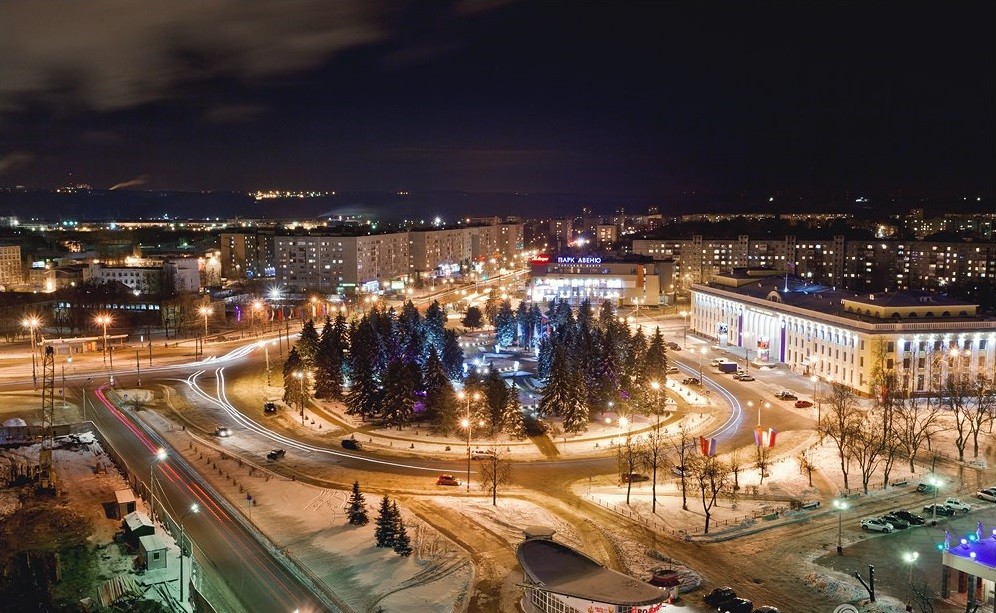 This is how the former socialist city in Nizhny Novgorod looks like today. It's called the Avtozavodsky district of the city.

Today, these socialist cities have become commuter towns, where people from all walks of life live. It’s not necessary to work in a factory to live there either. These historic neighborhoods are regarded as architectural sites in some cities and tours are even organized to visit them.