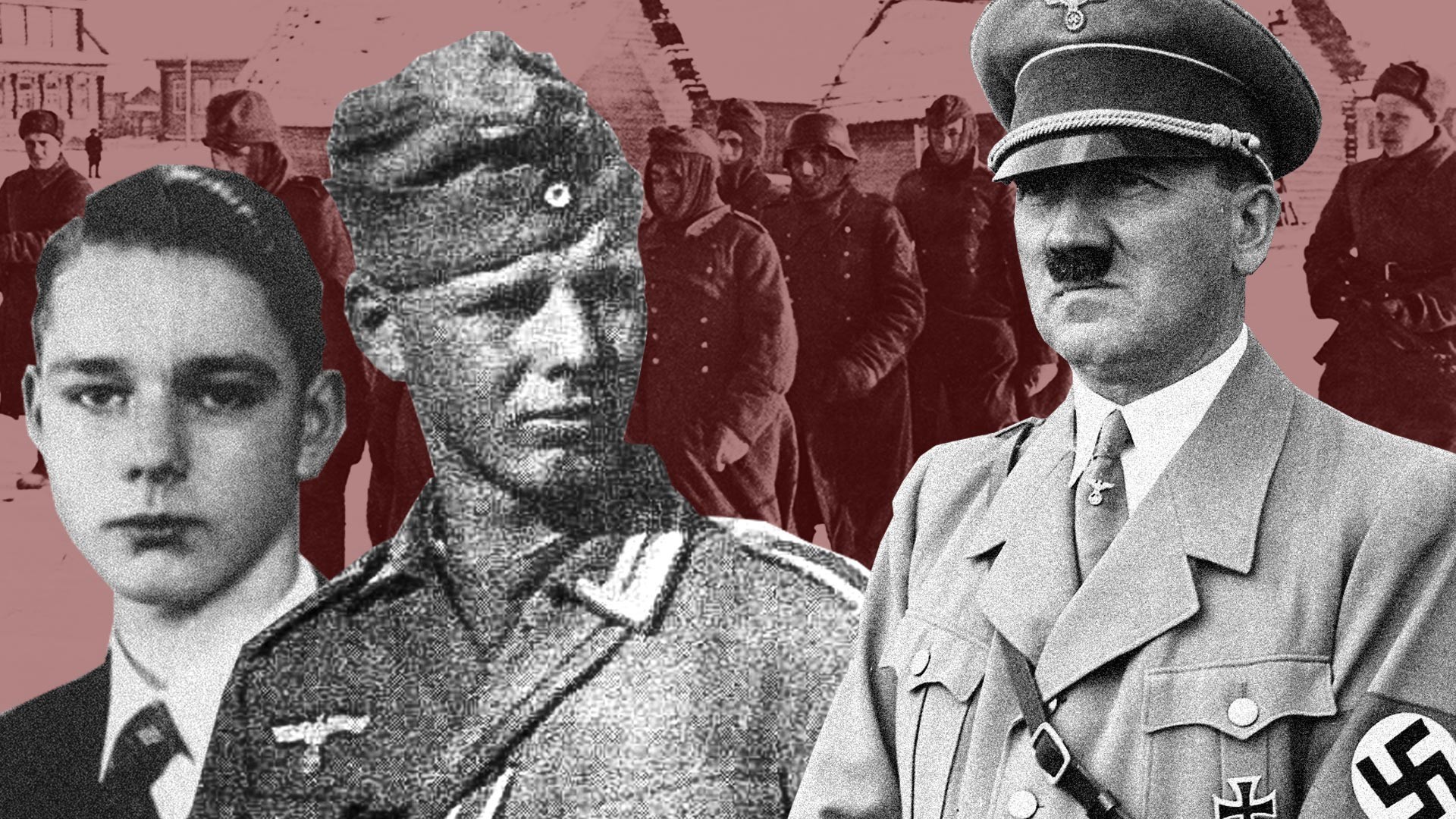 Archive photo; Boris Vdovenko/МАММ/МDF/russiainphoto.ru; Scherl/Global Look Press; Russia beyond
Hitler offered to exchange one of them for Stalin’s son, who fell into German hands at the very start of the war. The Soviet leader flatly refused.

The self-appointed Fuhrer of the German Nation, Adolf Hitler, had a rather strained relationship with his half-brother, Alois Hitler Jr. On the other hand, he had great affection for the latter’s son Heinrich (Heinz). 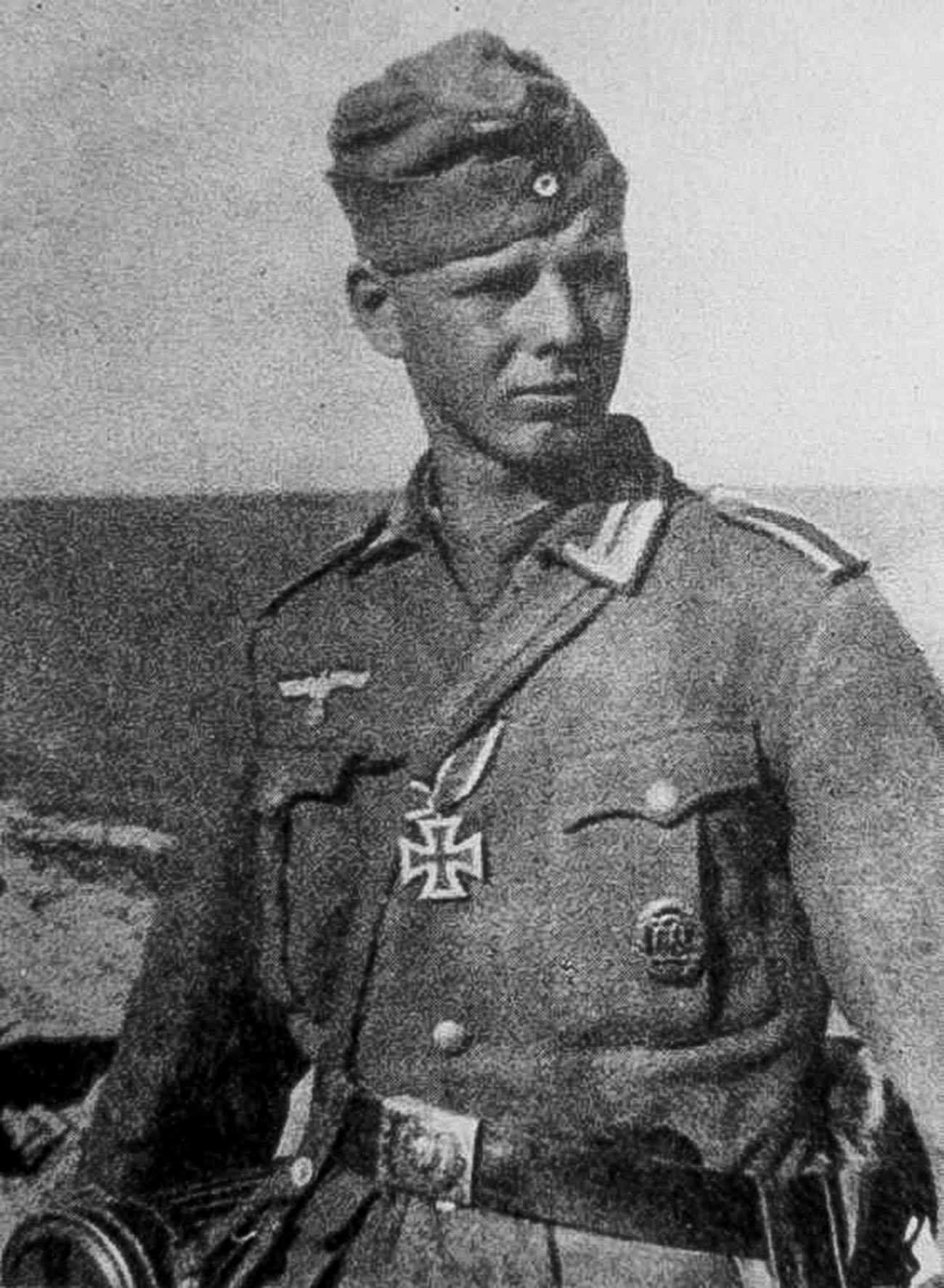 A die-hard National Socialist, Heinz Hitler dreamed of following in his famous uncle’s footsteps. With his assistance, Heinz enrolled in the National Political Institute of Education (Napola) in Ballenstedt, an elite academy for future leaders of the Nazi Party and the SS. That, however, was the only favor. Hitler wanted Heinz to achieve everything by himself, without pulling strings.

In 1941, 21-year-old Heinz, a subaltern officer of the 23rd Potsdam Artillery Regiment, took part in the invasion of the USSR, for which he was awarded the Iron Cross 2nd Class. 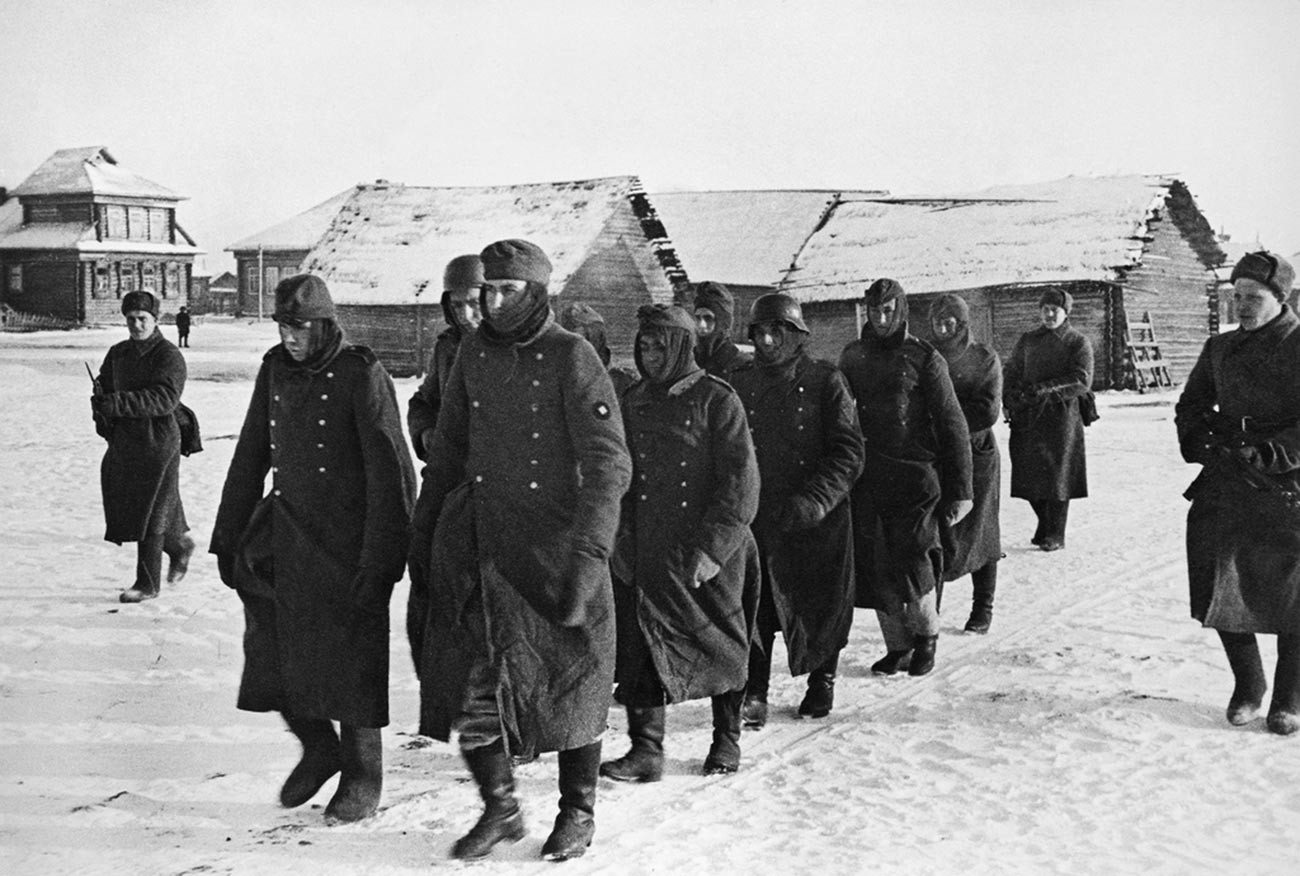 However, the younger Hitler’s tour of duty was short-lived. On Jan. 10, 1942, during a major Red Army counteroffensive at Moscow, he was captured in the Vyazma region.

Very little is known about the subsequent fate of the young Nazi. Identified as a relative of the Soviet Union’s enemy number one, Heinz Hitler was taken to Moscow’s Butyrka prison, where he died on Feb. 21. This was not known in Germany, where he was listed as missing in action. 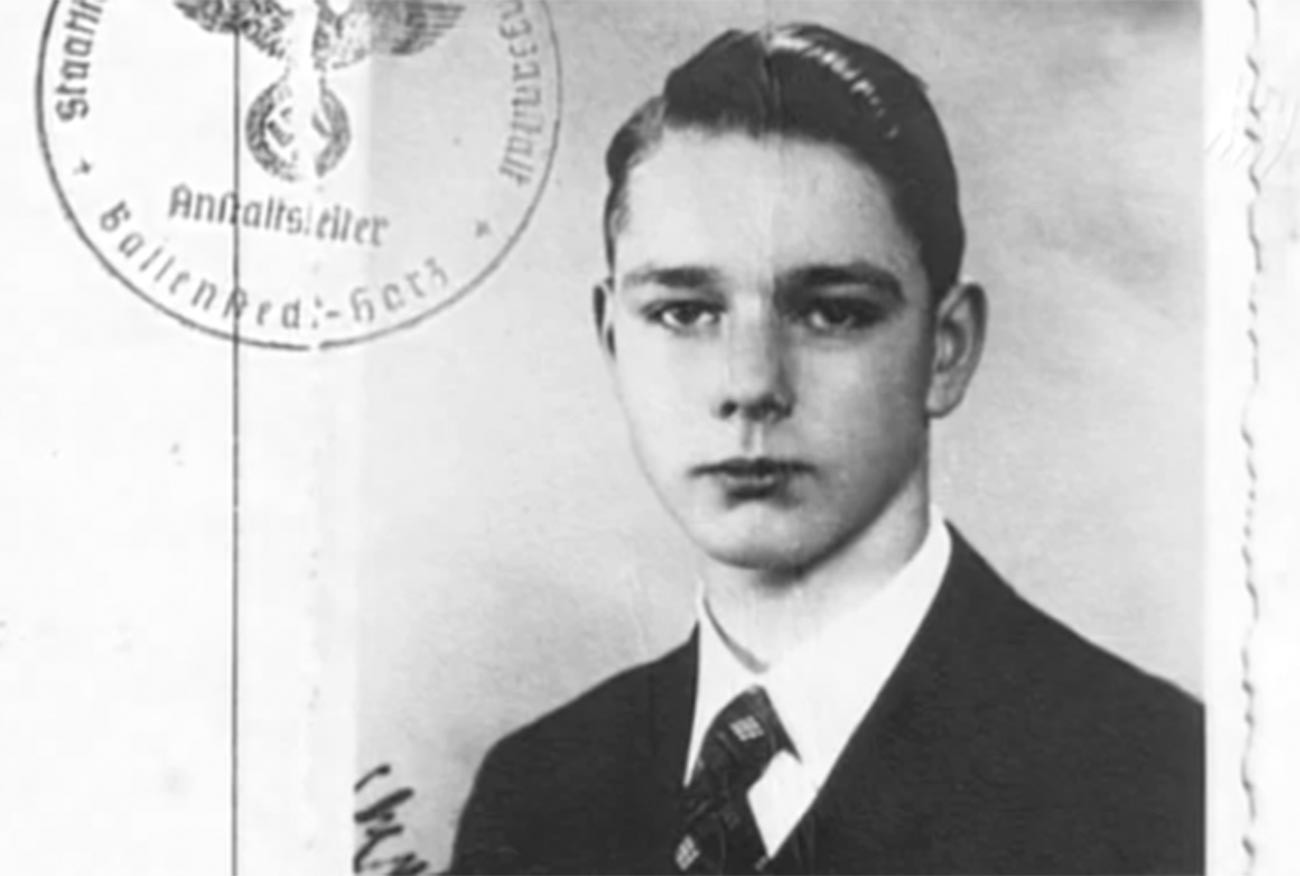 More fortunate was another relative of the Fuhrer, the son of his half-sister Angela Raubal, Leo Rudolf Raubal Jr.

Unlike Heinz, Leo, despite being a member of the Nazi Party since 1932, maintained an arm’s-length relationship with politics. Nevertheless, Uncle Adolf considered him his favorite nephew and often spent time with him.

Shortly after the outbreak of WWII, 32-year-old Leo, a manager at a steel plant in the Austrian city of Linz, was drafted into the military, joining the Luftwaffe as a lieutenant in the engineering corps. 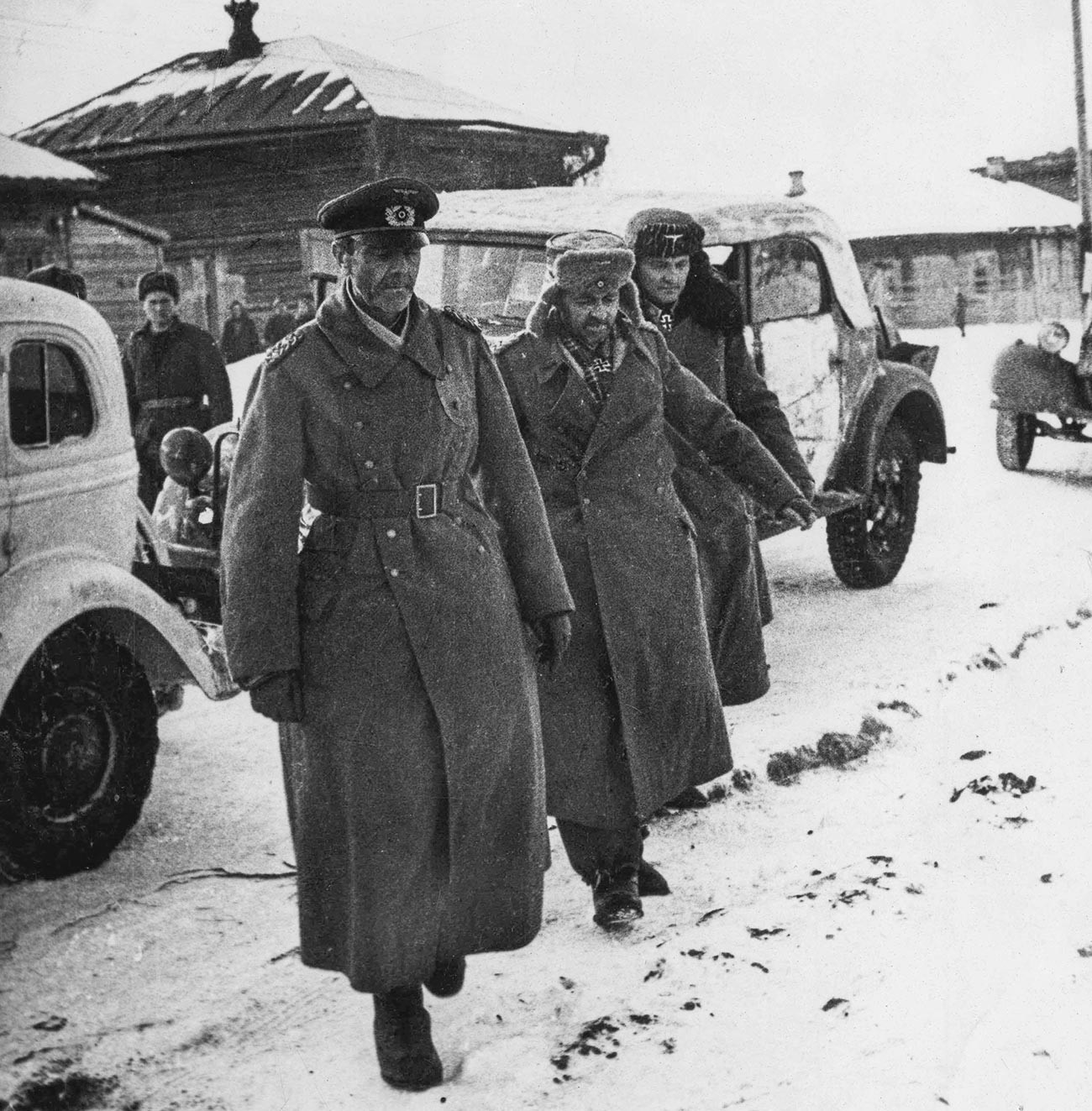 Field-Marshal Friedrich Paulus and his staff taken prisoner in Stalingrad.

In late 1942, Raubal found himself at Stalingrad together with the 6th Army, severed from the main German forces. Its commander, Friedrich Paulus, suggested that the wounded Leo be airlifted home. Hitler, however, refused, stating that as an officer he should stay with his men.

On Jan. 23, 1943, he was captured by Soviet troops. At first, nothing was known about his family ties. It was Leo himself who first voiced it, and his words were corroborated by other captured officers.

Lieutenant Raubal was taken to Moscow for interrogation. There, he gave detailed information about his uncle’s relatives, habits, daily routine and interests, including the lowdown on Hitler’s inner circle, highlighting the degree of influence each had on the Fuhrer. This information proved very useful after the war, when some of them were captured by the Soviet Union. 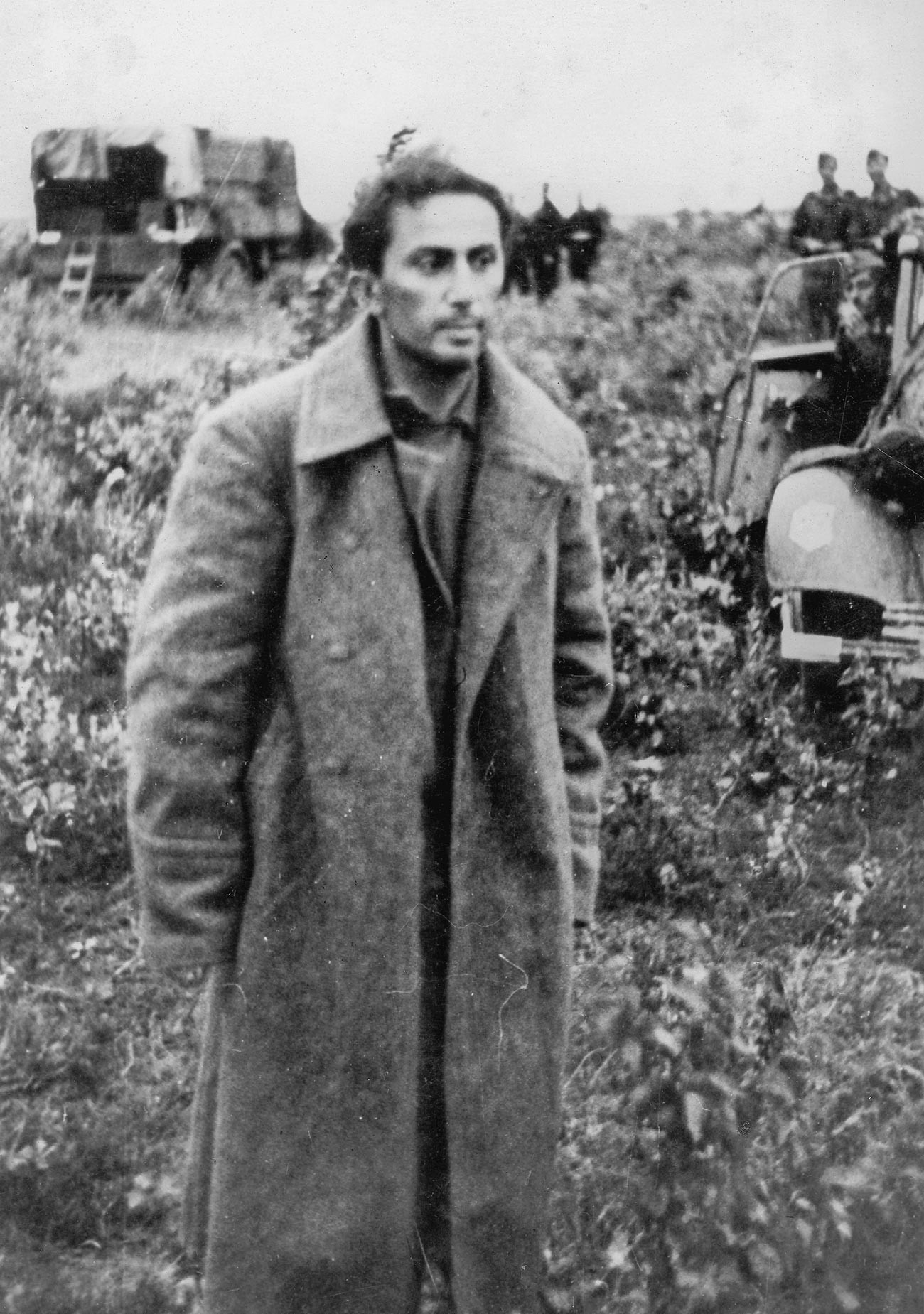 Through intermediaries, Hitler offered to exchange his beloved nephew for artillery battery commander Yakov Dzhugashvili, Joseph Stalin’s son, who had been in German captivity since July 1941. The Soviet leader flatly refused.

In 1949, despite no evidence of guilt, Leo Raubal was convicted as a war criminal and sentenced to 25 years in the Gulag for supporting Hitler’s criminal aggressive policy and involvement in the crimes of the 6th Army on Soviet soil. 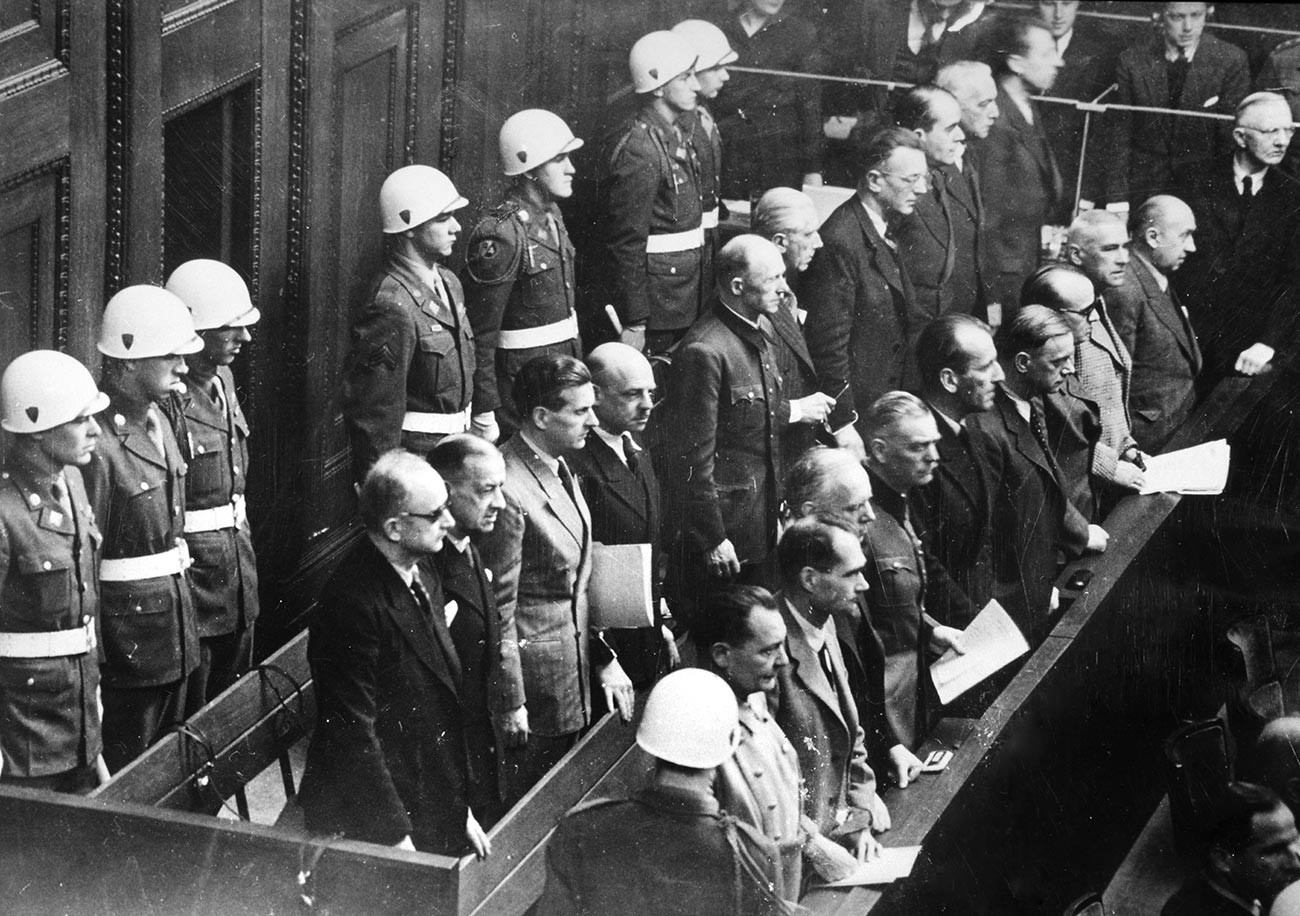 In 1955, following a petition from West German Chancellor Konrad Adenauer, thousands of German war criminals were released from Soviet captivity. Among them was Raubal. He returned to his native Linz, where he worked as a chemistry teacher until his death in 1977.