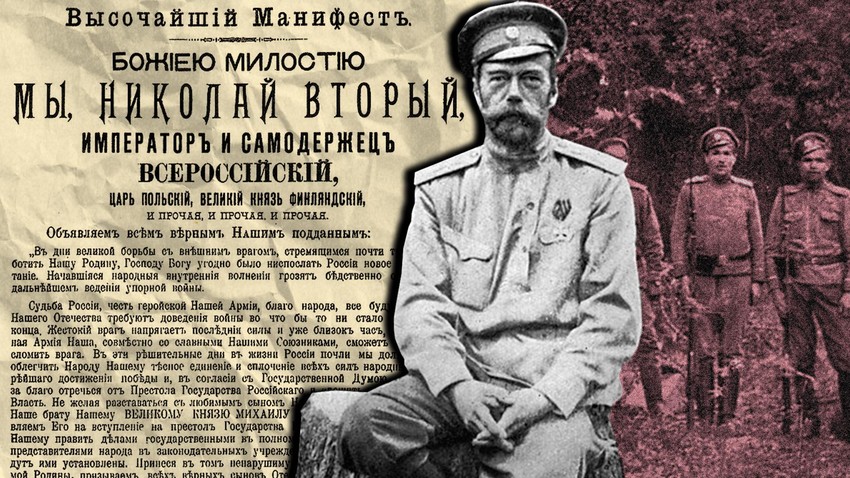 Library of Congress; Russia beyond; Public domain
Who and what brought the last Emperor to leaving the throne and why this abdication spelled the end of the Russian monarchy.

On 2 March (Old Style) / 15 March (New Style), 1917, amidst the turmoil of the Russian Revolution, the last Russian Emperor Nicholas II abdicated the Russian throne – in favor of his brother Grand Duke Michael Alexandrovich. The next day the Grand Duke refused to accept the imperial authority. These events ended the power of the House of Romanovs and handed authority to the Provisional Government.

What preceded the abdication? 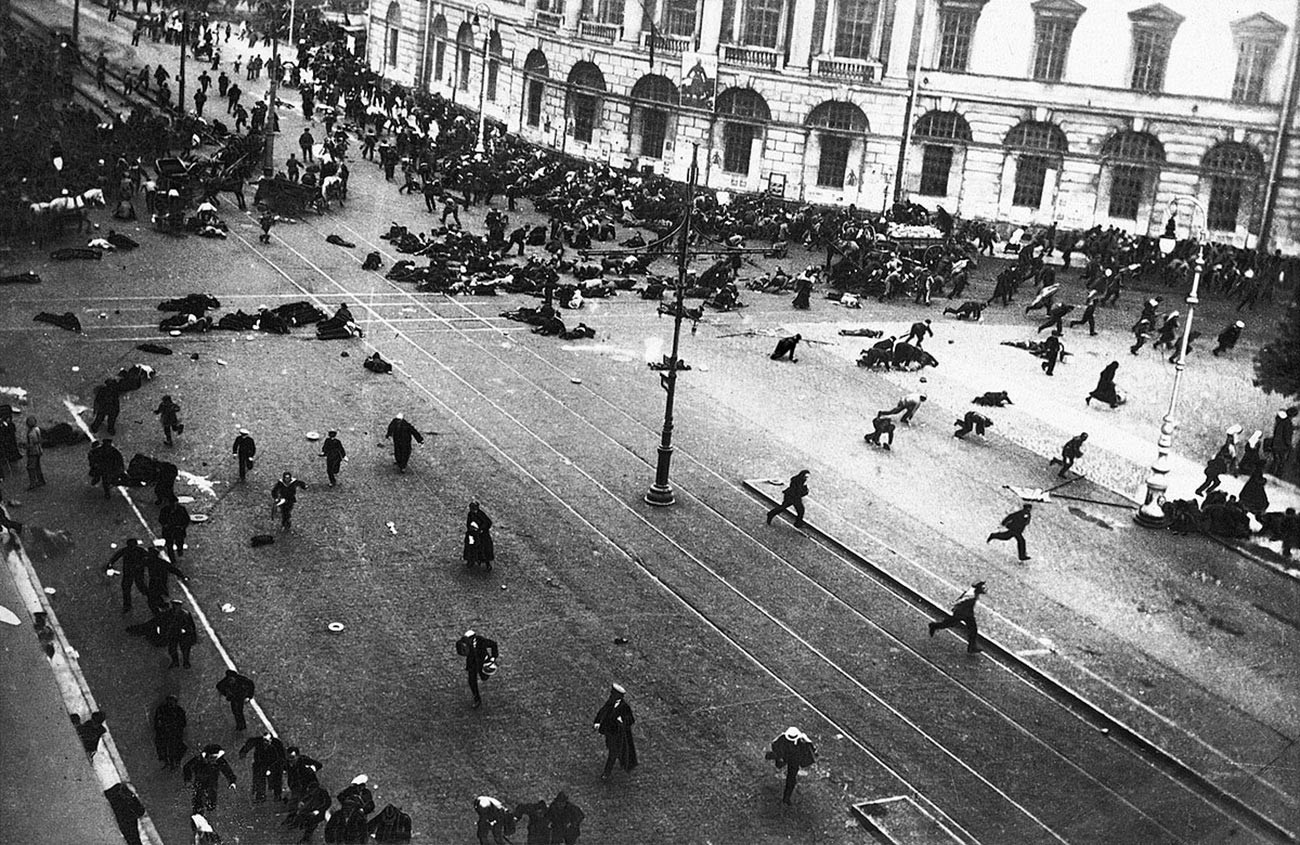 The Cossacks shoot at a peaceful workers' march in Petrograd, July 1917

By the end of 1916, the situation was dire for the Russian Empire and its royal power. Poverty, high taxes, and most of all, World War I, which Russia was apparently losing to Germany. On February 23rd, Nicholas II arrived from Tsarskoye Selo, where his family was staying, at his headquarters situated in Mogilev.

READ MORE: Who is to blame for the 1917 Russian revolution? 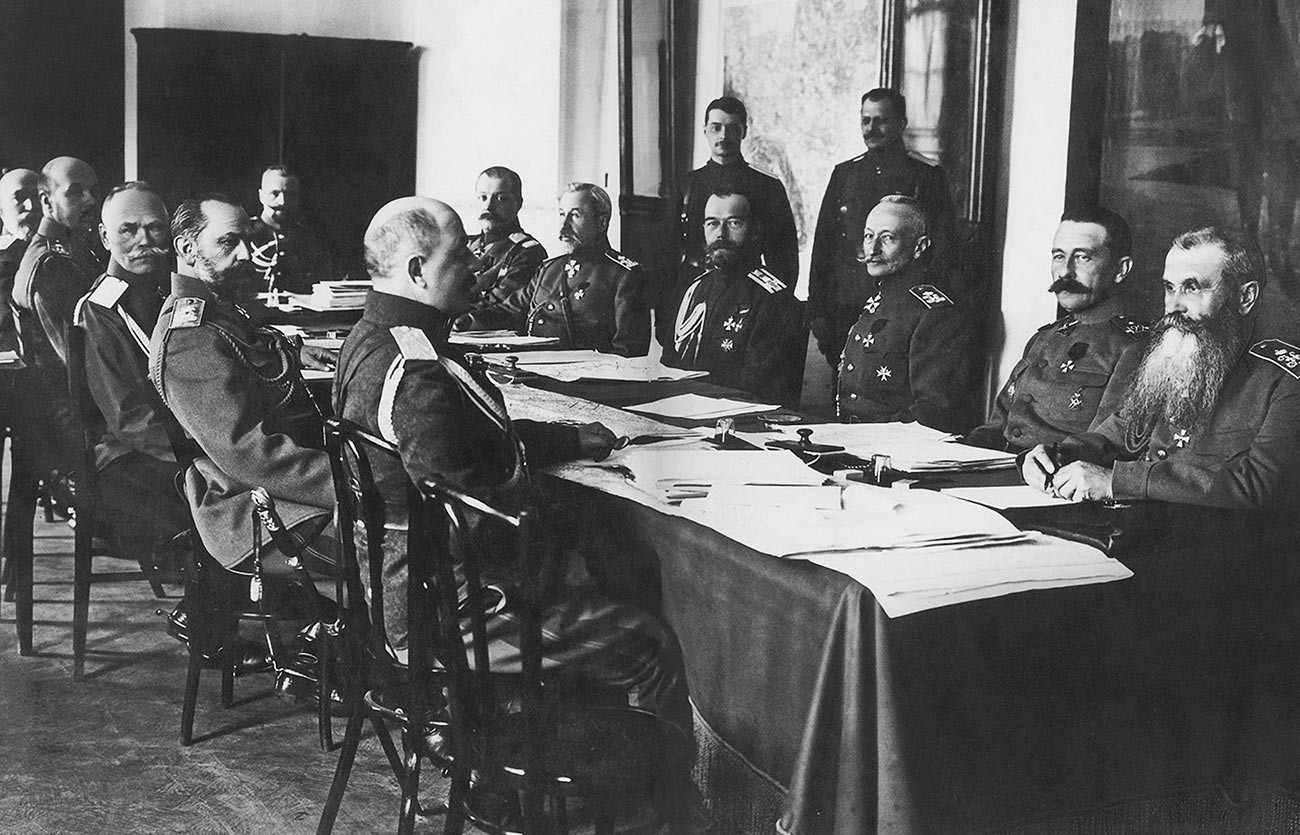 Nicholas II in the Russian Imperial Army's Chief of Command's Headquarters in Mogilev, 1916

Meanwhile in St. Petersburg, major mass riots started. On February 24th, over 200,000 workers were on strike, while the poorest citizens started plundering shops and attacking the police. Nicholas II learned about this on February 25th and ordered the police and army to stop the riots at once, but this wasn’t possible. 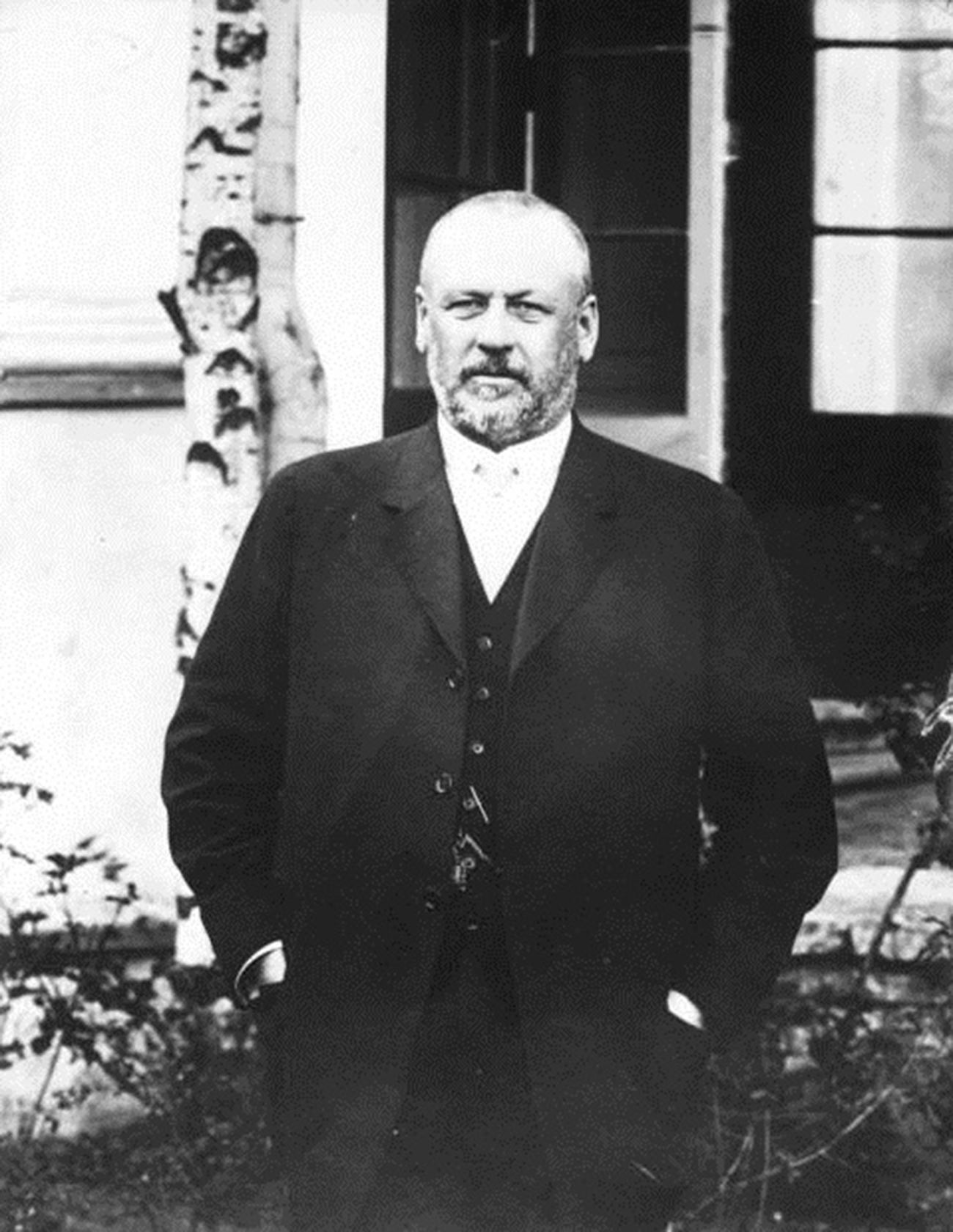 While Nicholas signed an order to dissolve the State Duma, Mikhail Rodzyanko, the Duma’s chairman, wrote to the Emperor:

“There is anarchy in the capital. The government is paralyzed. The transportation of food and fuel is in complete disarray. General discontent is growing. Random shooting is taking place in the streets. Parts of the army formations are shooting at each other. A trusted person should be immediately commissioned to form a new government. We must not hesitate. Now, any hesitation is lethal,” but Nicholas II absentmindedly dismissed Rodzyanko’s warnings: “I won’t even answer this nonsense,” the Emperor said.

What did Nicholas II do days before the abdication? 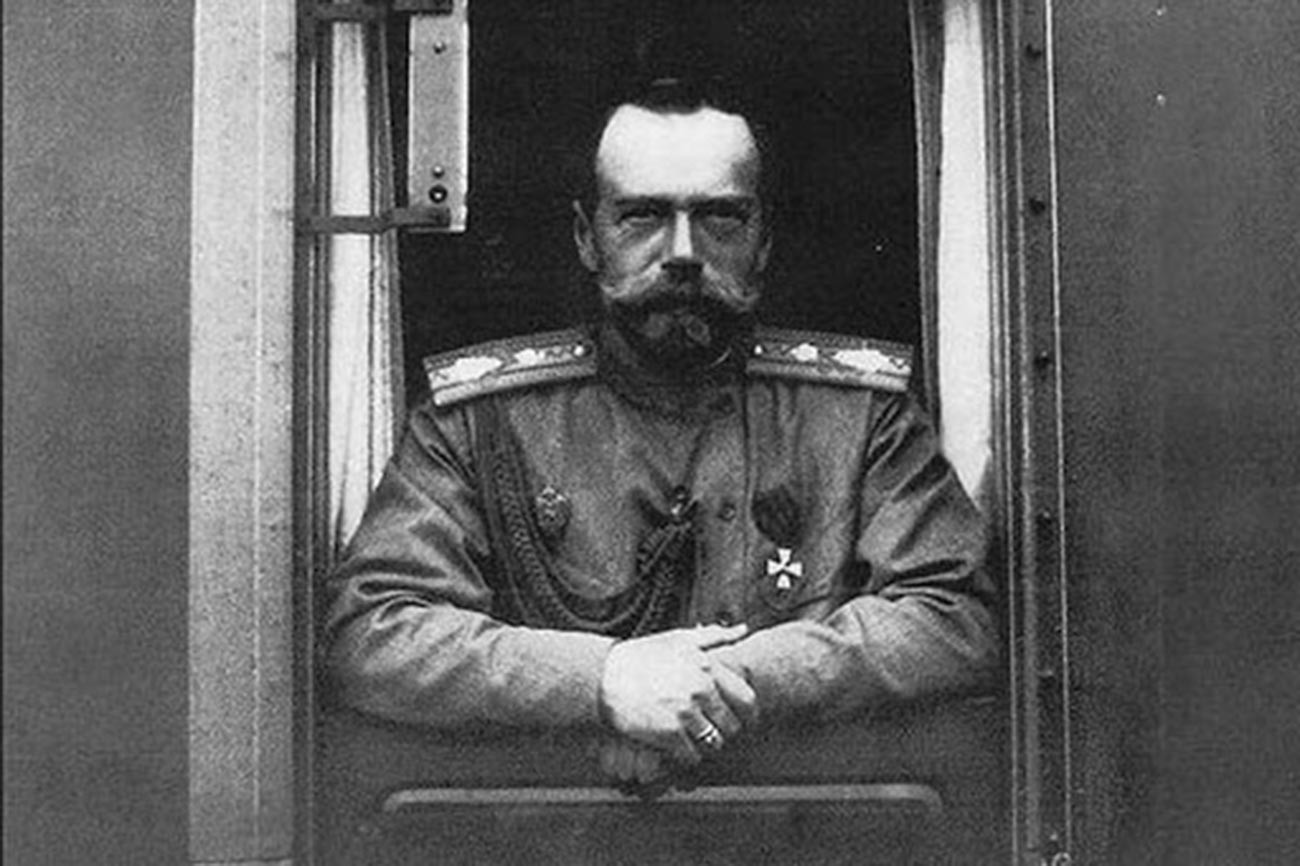 Nicholas II looking out the window of his personal train

Nicholas II dissolved the State Duma, in hopes it would calm the protests, but to no avail. On February 27th, more and more army regiments stationed in St. Petersburg began taking the rioters’ side. The officers in charge of the revolting troops were killed. The rioters freed the convicts from the St. Petersburg prisons, they burned the building of the St. Petersburg court and murdered policemen.

By that time, many of Nicholas’ counselors and aides, including his brother Grand Duke Mikhail Alexandrovich, were pleading with him to issue any kind of manifesto or statement that would calm the situation. The Emperor’s close circle thought that if the Emperor personally promised to form a democratic government, the revolution would stop. But Nicholas hesitated, instead, he decided to return to Tsarskoe Selo to his family.

READ MORE: The 1917 revolution in Russia 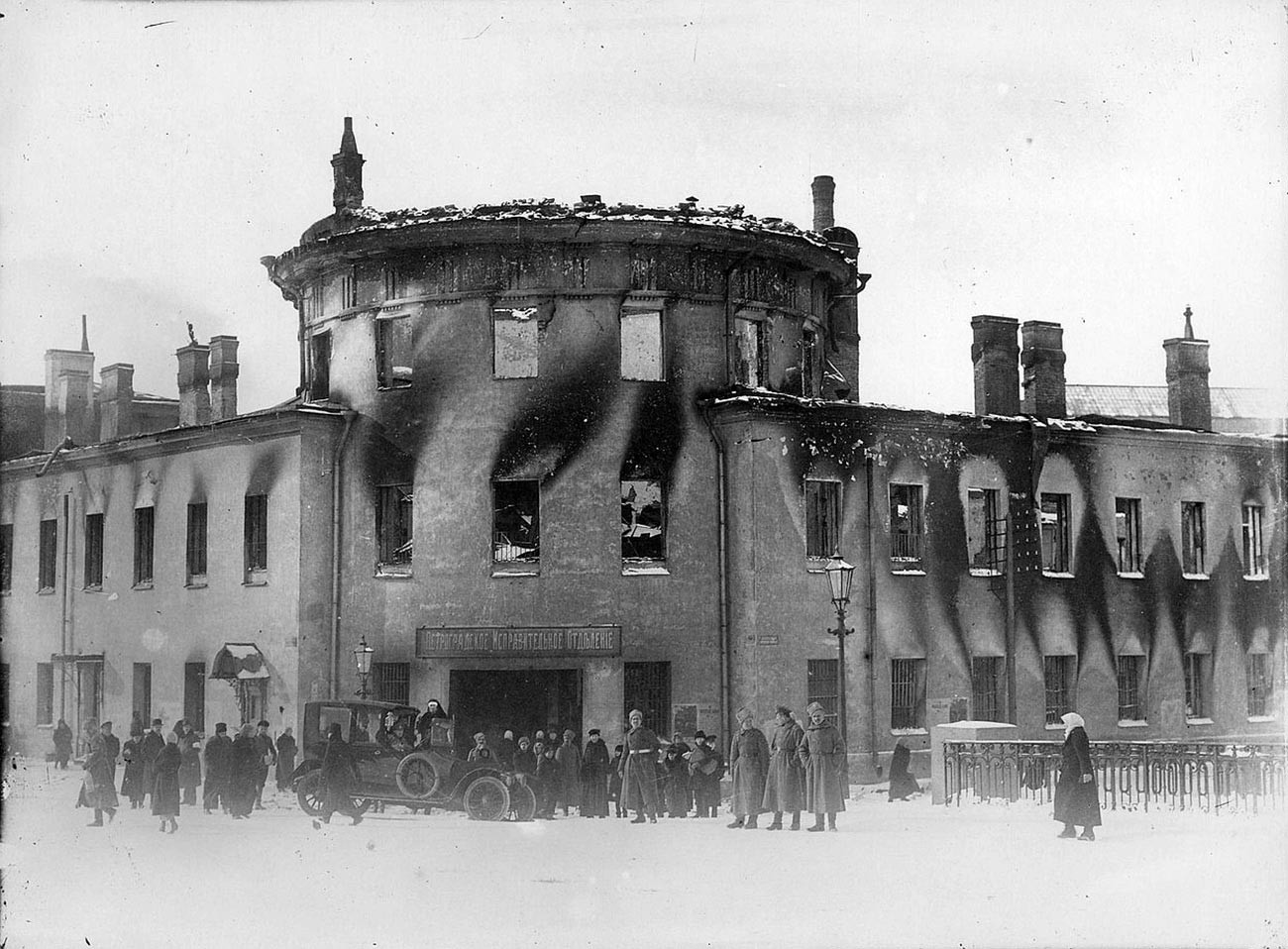 "The Lithuanian Castle," one of Petrograd's prisons burned by the rioters

Nicholas II also ordered one of his generals, Nikolay Ivanov, to St. Petersburg to suppress the riots. However, the railroads were, by then, controlled by rioting troops, so General Ivanov couldn’t really gather the loyal troops assigned to him and, after a few days, he returned to headquarters.

Who ‘invented’ the abdication? 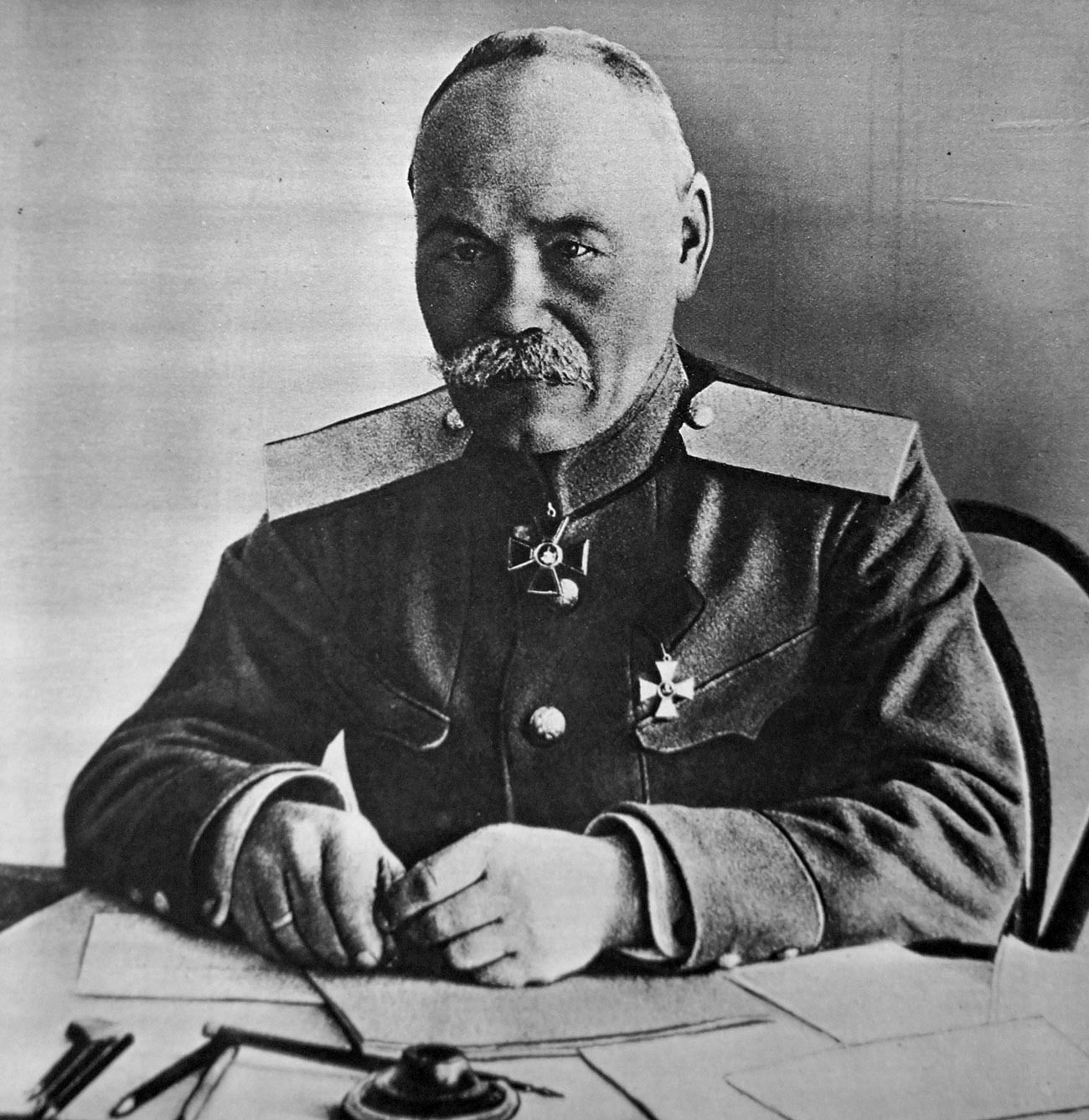 On February 28th, 1917, Nicholas II left his HQ in Mogilev for Tsarskoye Selo. While on route, he was receiving messages from St. Petersburg – he learned that the loyal army troops had finally been defeated, the Council of Ministers had dissolved itself, and the Petrograd Soviet of Workers' and Soldiers' Deputies, a revolutionary governing organ, had been established. It became apparent that if the Tsar reached Tsarskoye Selo, he could be taken prisoner by the rioters. So eventually, Nicholas’s train had to turn back. In the evening of March 1st, Nicholas arrived in Pskov.

There, the Emperor learned that Moscow was also taken by the rioters, and received a telegram from General Mikhail Alekseev, the Chief of Staff of the Commander-in-Chief. The message pleaded with the Emperor to issue a manifesto to appease the revolutionaries. In the evening of March 1st, Nicholas II had a tough conversation with General Nikolay Ruzskiy, the Chief Commander of the Northern Front of the Russian Army. Ruzskiy insisted on the Emperor giving the power to some kind of temporary government but Nicholas objected warily, saying he did not understand the status of a constitutional monarch. 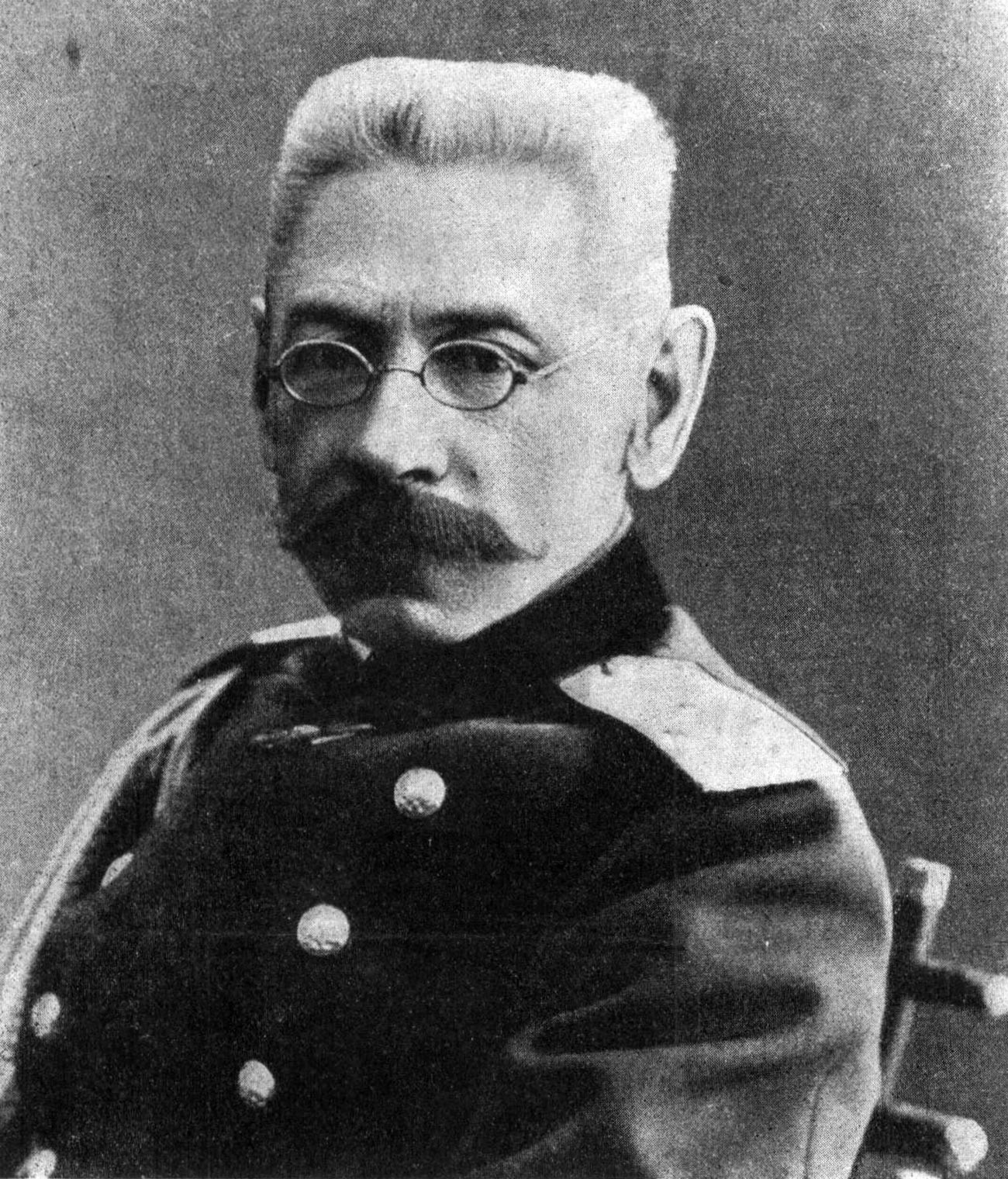 While Nicholas was indecisive, Mikhail Rodzyanko, who became the head of the Provisional Committee of the State Duma (a temporary institution), wrote to the tsar from St. Petersburg: “The hatred [from the people] towards [the Romanov] dynasty has reached its extreme limits.” Rodzyanko thought that it was time for Nicholas to abdicate in favor of his son. “The coup can be voluntary and completely painless for everyone; there will be no bloodshed, no unnecessary victims,” Rodzyanko boldly assured General Ruzsky by telegram. Little did he know what was about to ensue.

How did the abdication actually happen? 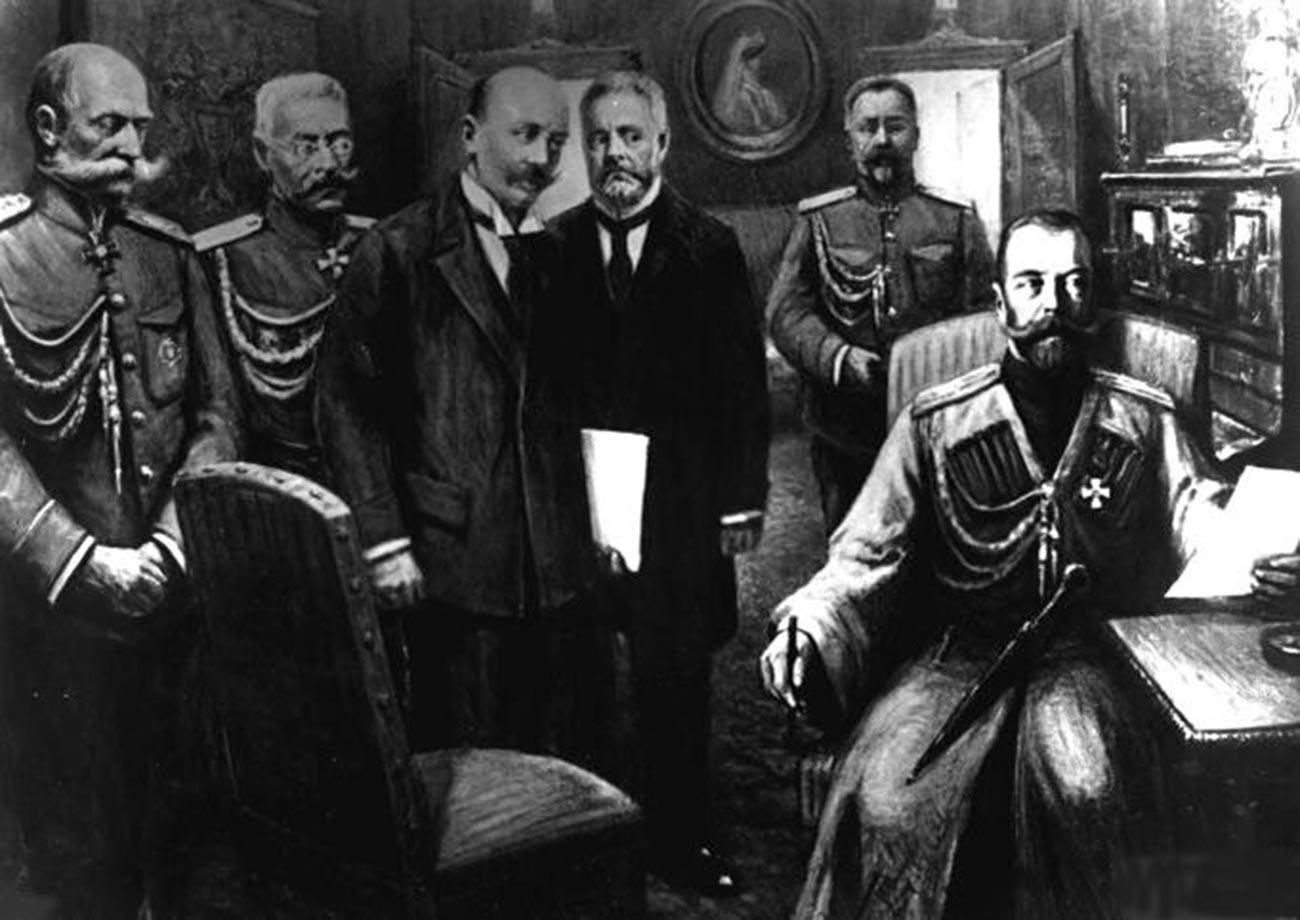 At the time when the question of abdication was discussed, Nicholas’s family was still in Tsarskoye Selo, a residence surrounded by rioting soldiers, but protected by loyal regiments. Undoubtedly, the family’s fate concerned Nicholas very much – who knows, maybe even more than the fate of Russia.

On March 2, Chief of Staff, Mikhail Alekseev, telegraphed to four generals who headed different Fronts of the Russian army, asking them to send their consent with the Tsar’s abdication to headquarters. Every general who received the telegram, expressed their consent. Even Grand Duke Nikolay Nikolaevich, Nicholas II’s first cousin once removed, wrote: “As a loyal subject, I believe in the duty... to kneel and beg the sovereign to renounce the crown in order to save Russia and the dynasty.” ”Everybody betrayed me. Even Nikolasha (Nikolay Nikolaevich),” Nicholas II said upon receiving the answers from the generals. 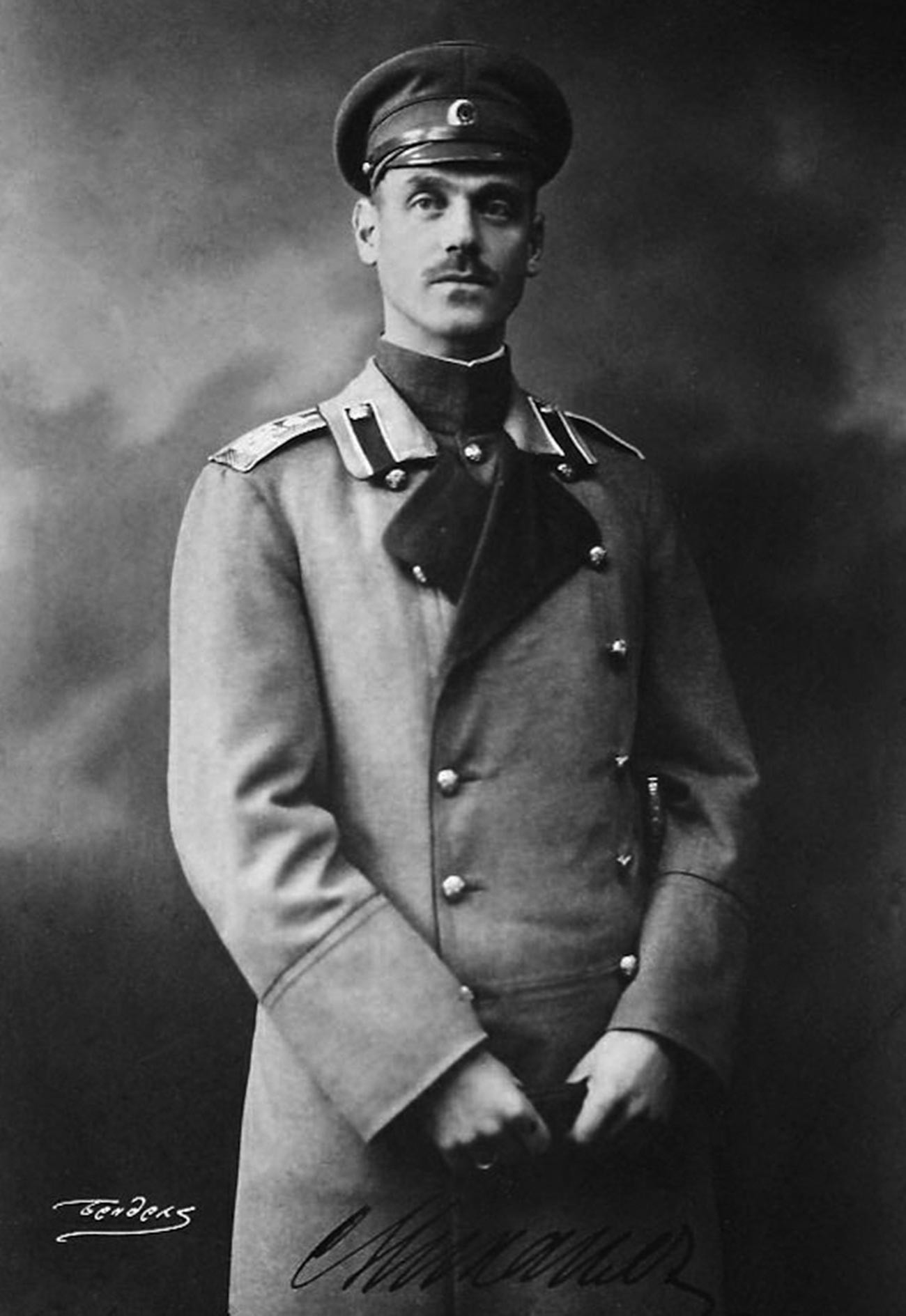 At first, Nicholas abdicated in favor of his son, with Grand Duke Mikhail Alexandrovich serving as a regent. But the same day, Nicholas changed the abdication in favor of Mikhail Alexandrovich only. Nicholas feared that if his son inherited the throne, they would be separated. So he abdicated for himself and his son as well. The Abdication Act was sent to the headquarters in Mogilev from Pskov at 23:40 March 2, 1917. It said, among other things: “We direct Our brother to conduct the affairs of state in full and inviolable union with the representatives of the people in the legislative bodies on those principles which will be established by them…” 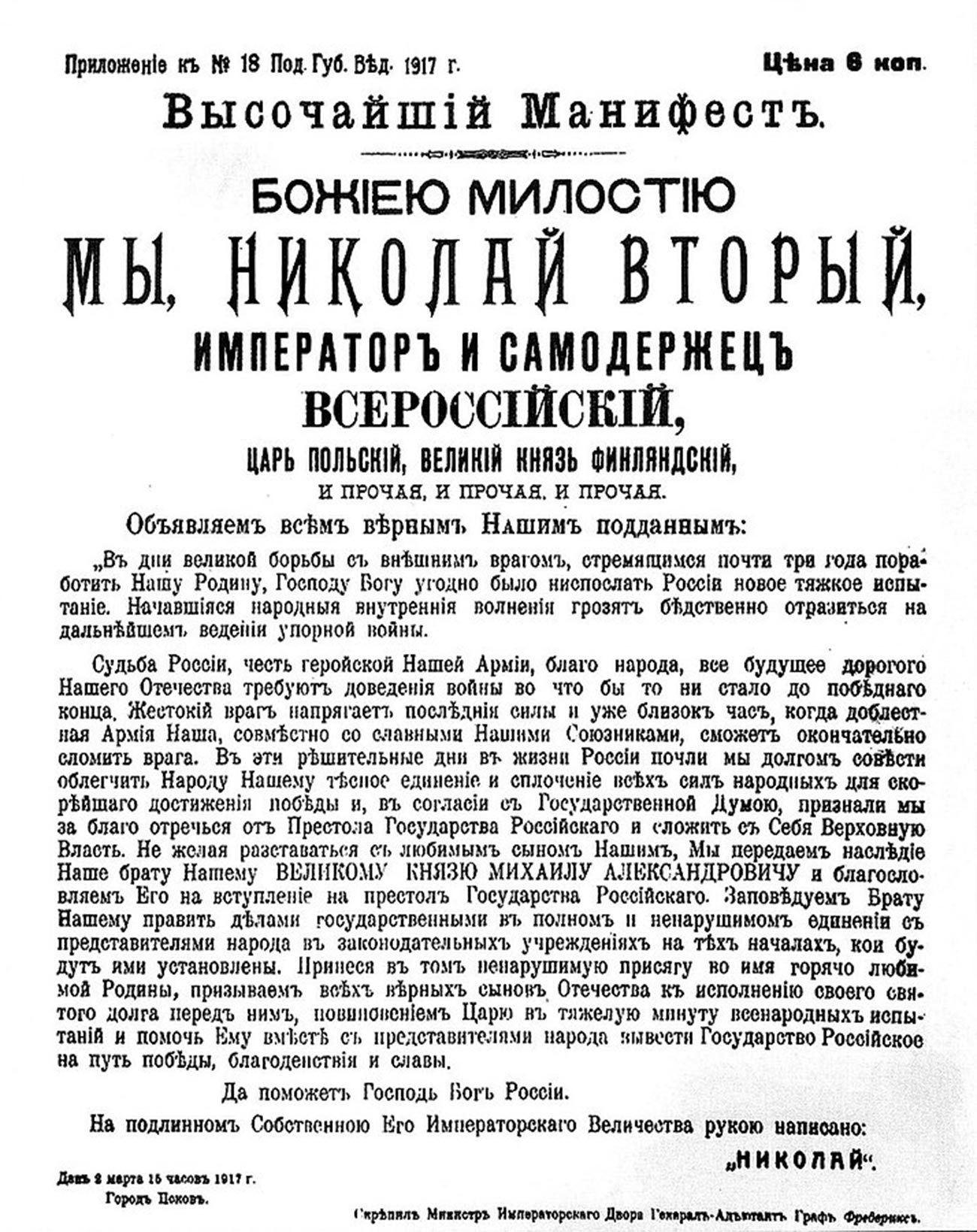 The Manifesto on the Abdication from the throne

One of two original copies of the Act were given to Vasiliy Shulgin and Alexander Guchkov, the representatives of the soon to be formed Provisional Government that came to Pskov. “At one o'clock in the morning, I left Pskov with a heavy feeling of what I had experienced. All around is treason, and cowardice, and deceit!” the former Emperor wrote in his diary.

What happened shortly after the abdication? 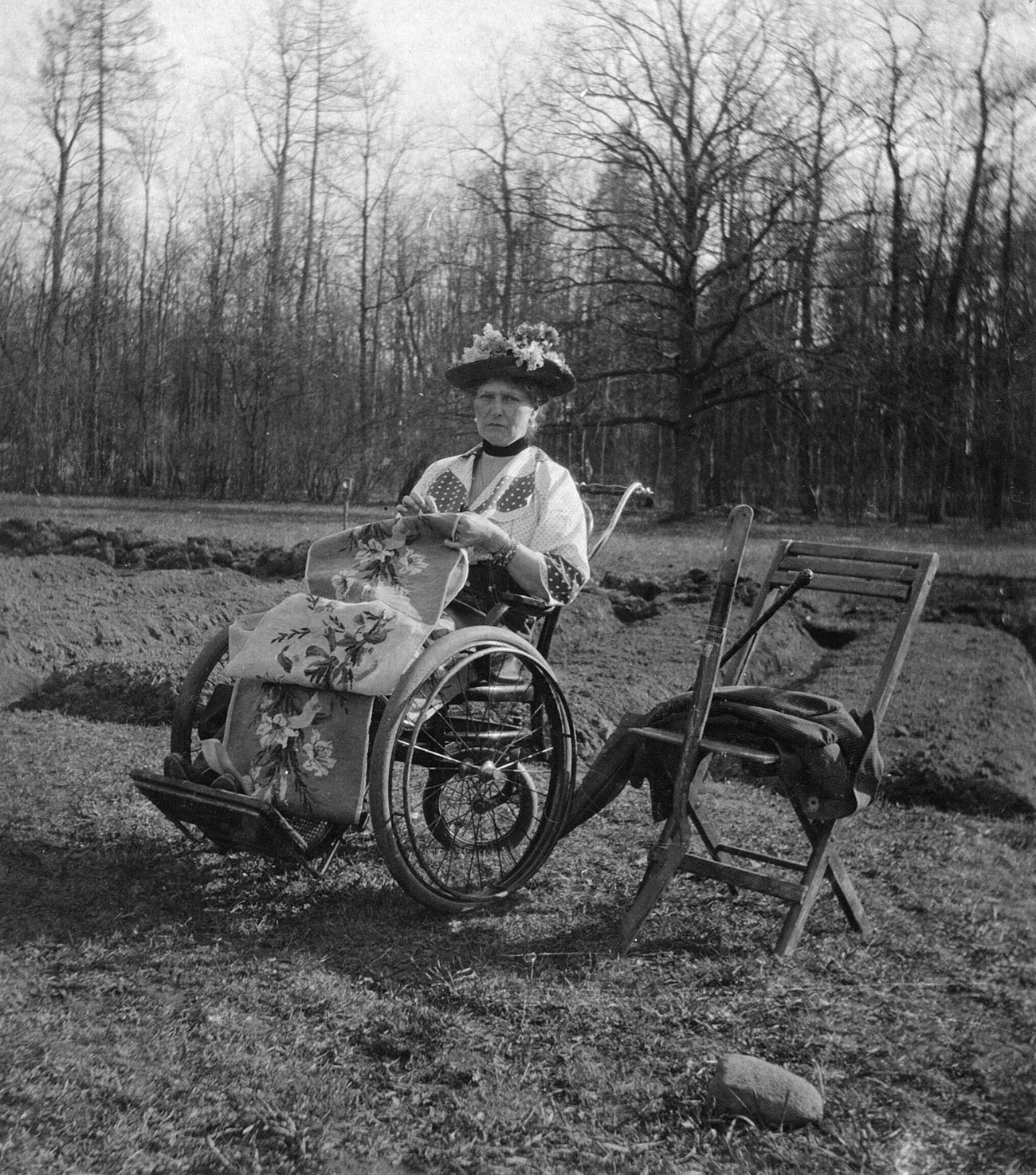 Nicholas had plans that after the abdication, he would take his family to Great Britain, and later return and live in the Crimea to bring up his children. Obviously, Nicholas was either delusional about the situation or had additional information or some hopeful promises from Europe.

Nicholas headed from Pskov to Mogilev, where he learned that his brother Grand Duke Mikhail Alexandrovich had not accepted the throne. On the afternoon of March 3 in St. Petersburg, after consultation with future members of the Provisional Government, including Alexander Kerensky, he had decided to sign the Act of non-acceptance of the throne. Grand Duke Mikhail, too, simply feared for his life, while the ministers convinced him his acceptance of the throne wouldn’t change the dire situation. 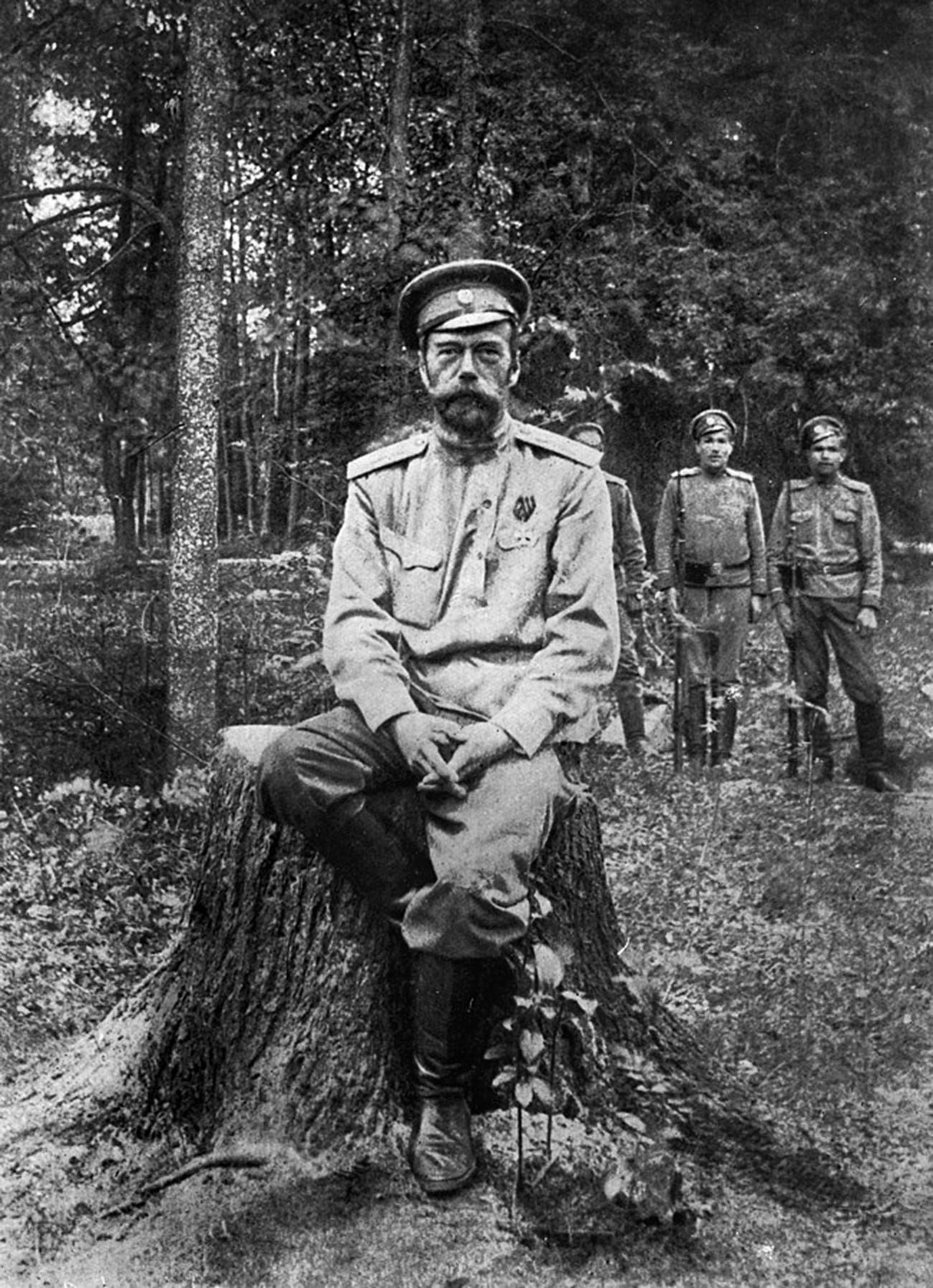 Nicholas Romanov after the abdication in Tsarskoe Selo, summer 1917

On March 4th, 1917, power in Russia was taken by the Provisional Government. According to the Act of non-acceptance of the throne, the Romanov dynasty could only be restored after a Constitutional Assembly was formed that approved the monarchy’s restoration. But as we already know, that never happened. On March 8th, as Nicholas was leaving Mogilev for Tsarskoye Selo, Empress Alexandra Feodorovna was arrested there in her palace. As Nicholas arrived in Tsarskoye Selo, he too was arrested. “Let me live here with my family, even as a simple peasant who earns his living, send us to the most secluded corner of our Homeland, but leave us in Russia!” - Nicholas reportedly said. But eventually he and his family were taken to Yekaterinburg, where they were executed.