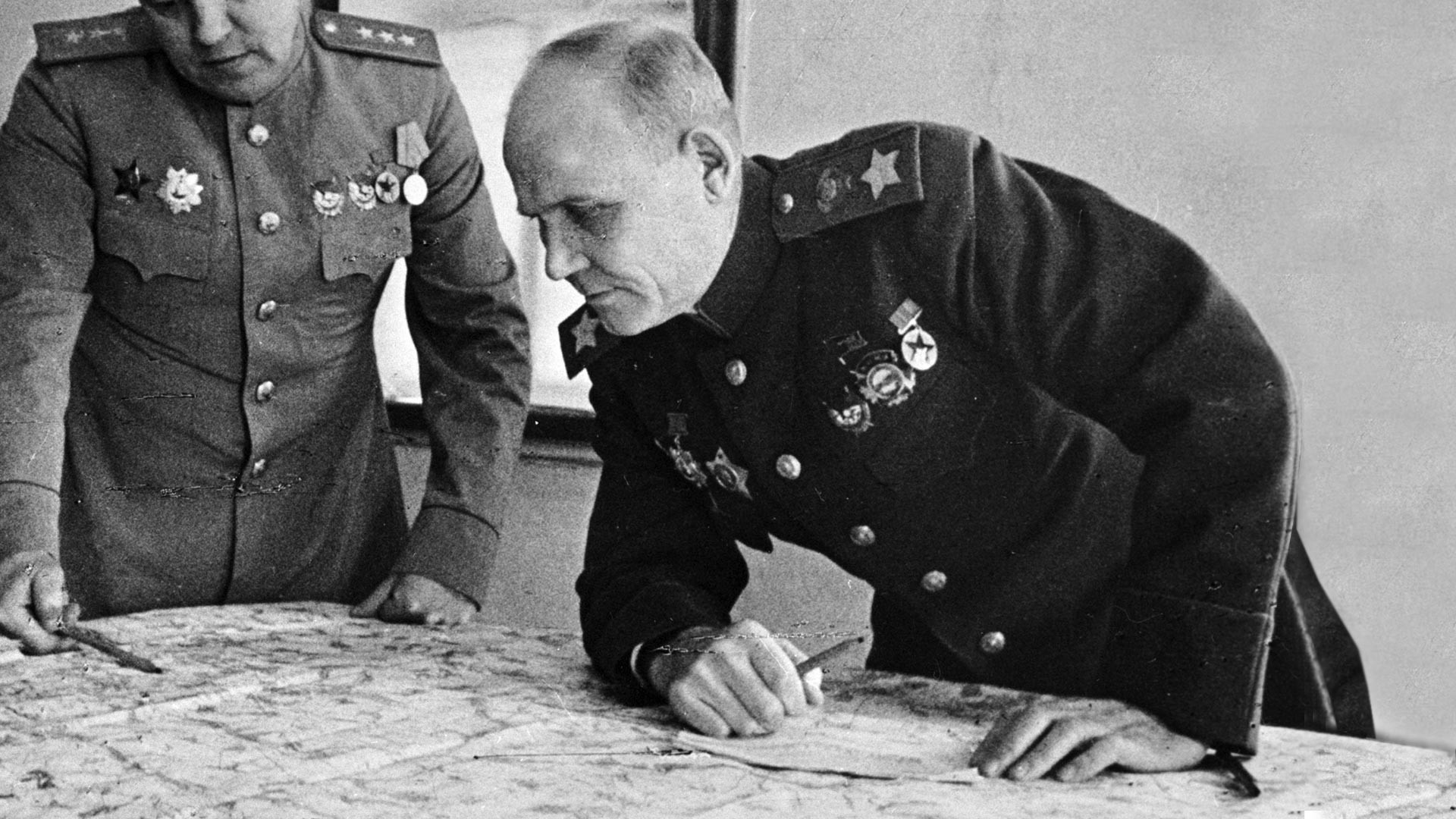 Yakov Ryumkon/Sputnik
In 1941, Ivan Konev was under threat of a military tribunal and execution. But, by 1945, he became one of the Red Army’s best commanders.

“In perseverance and willpower, Ivan Stepanovich Konev was closest to Zhukov. Konev had a good intuition and skillfully combined the might of artillery and aviation with the speed, onslaught and surprise of a strike. Konev tried to see a battlefield with his own eyes and carefully prepared each operation,” Marshal Alexander Vasilevsky wrote about one of the best Soviet military leaders in World War II. 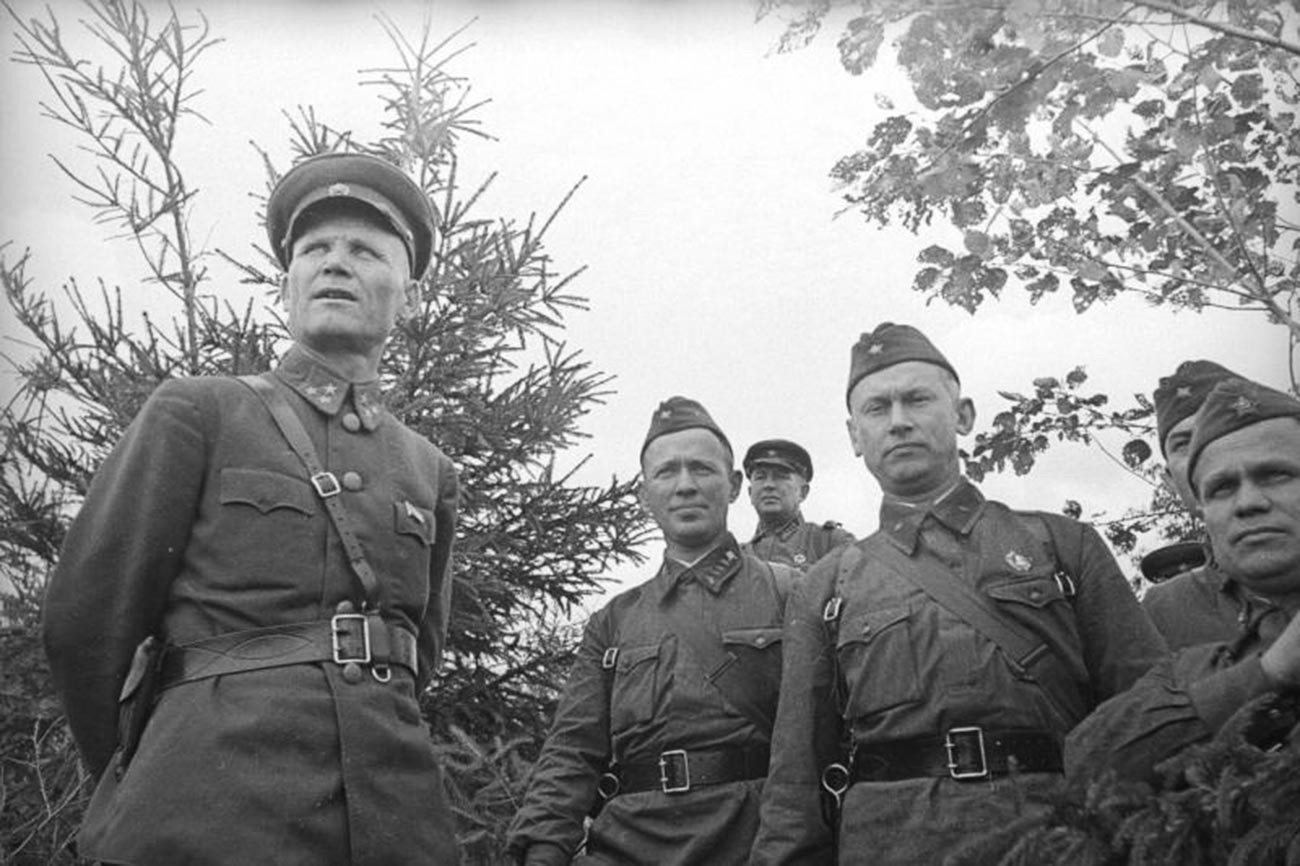 Konev’s military career began on the battlefields of World War I, where as a young non-commissioned officer, he served in the artillery. During the subsequent Russian Civil War, Ivan Stepanovich fought in the ranks of the Red Army against the “supreme ruler of Russia” Alexander Kolchak in Siberia and against Japanese invaders in the Far East. When the war was over, he decided to stay in the armed forces. 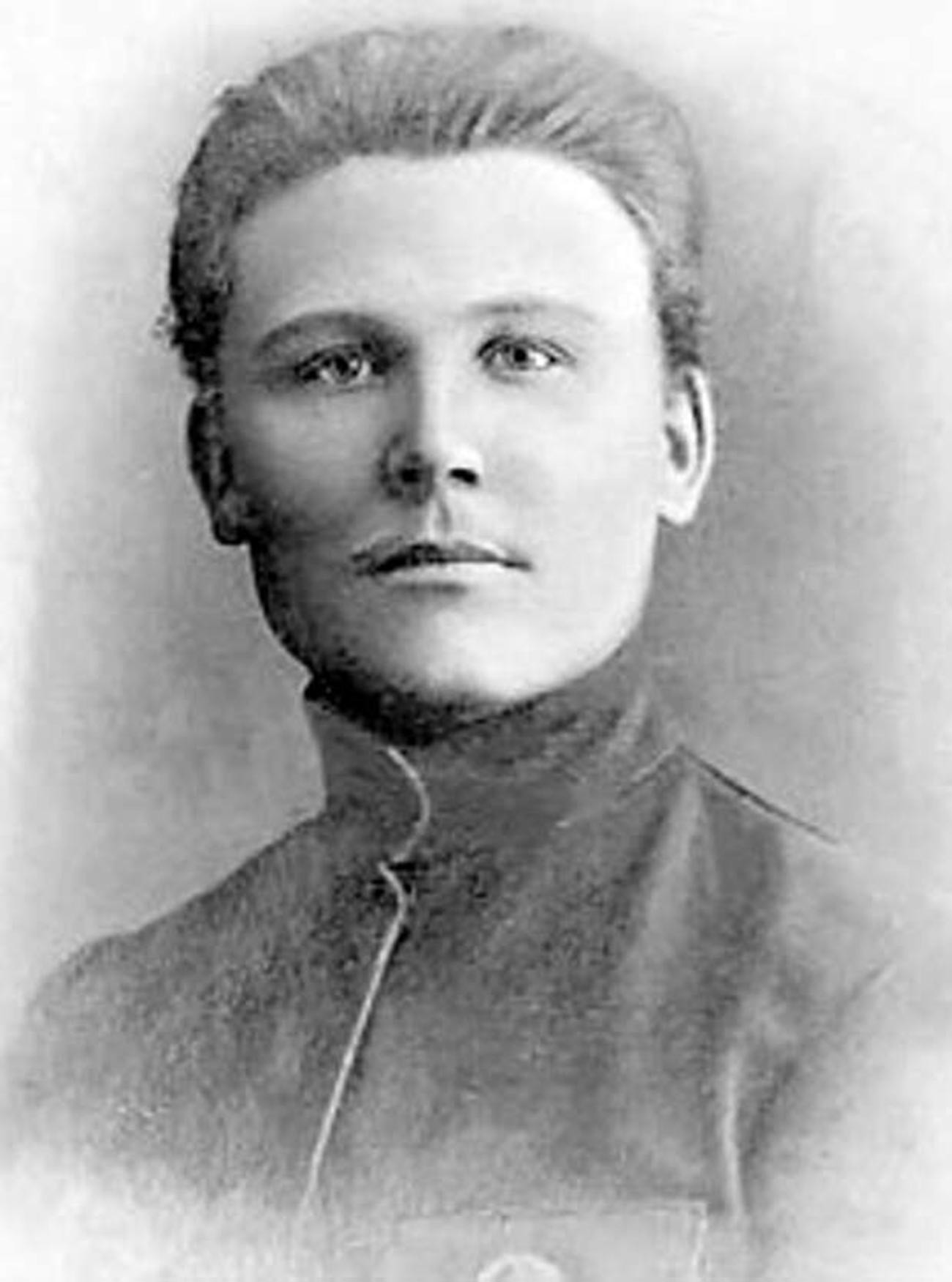 At the start of the war against Nazi Germany, Lieutenant-General Konev was the commander of the 19th Army stationed in the west of the country. His troops were among the first to experience the devastating strike of the Wehrmacht. On July 12, 1941, Ivan Stepanovich reported to the front headquarters: “... I do not have a single full-blooded and combat-ready formation. I am holding the front thanks to individual organized units. For four days, I have had no support from our aviation. The troops are fighting hard against the ground forces.” 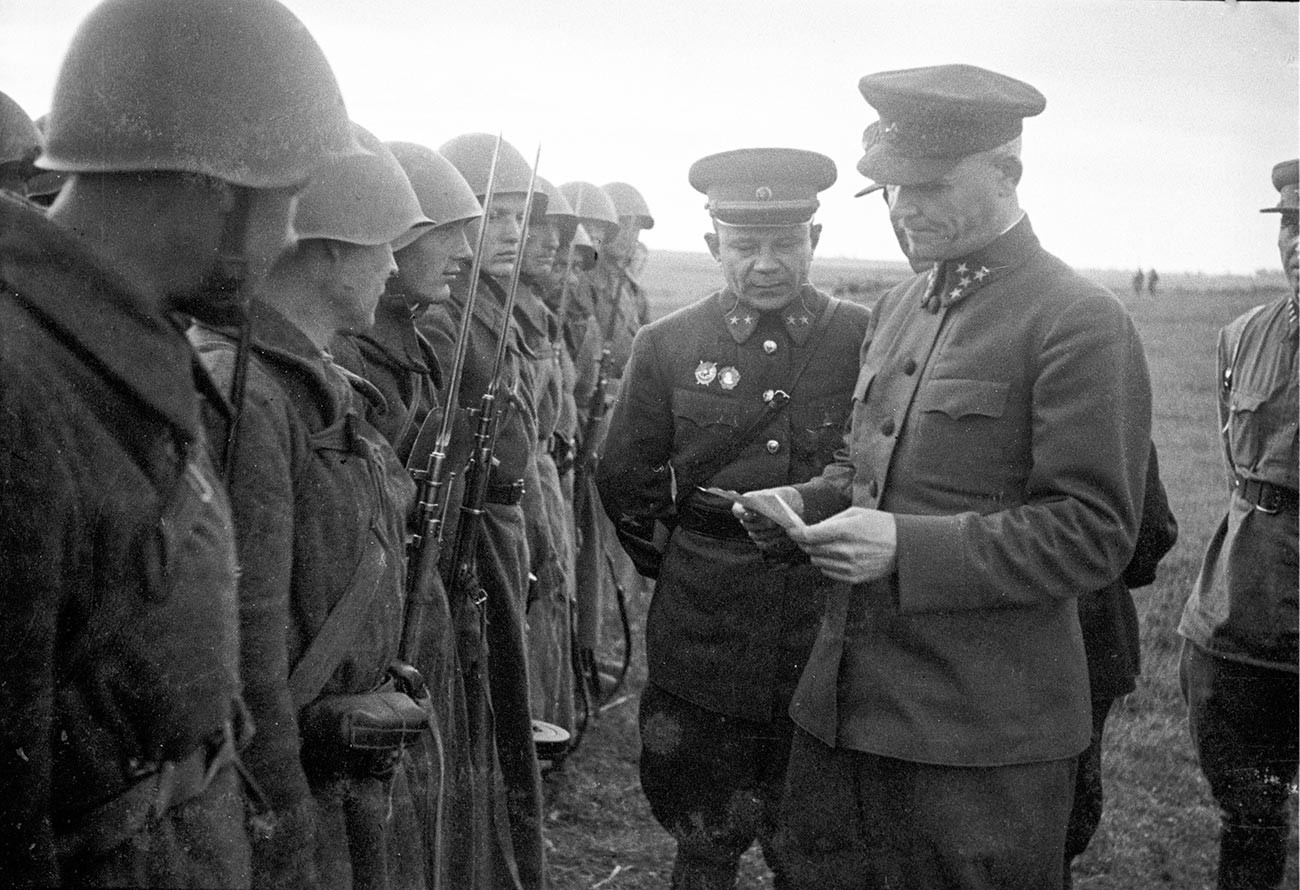 On September 11, 1941, Konev was appointed commander of the Western Front, which nearly turned out fateful for him. In early October, his troops suffered a terrible defeat near Vyazma: more than 380,000 soldiers were killed or wounded and about 600,000 were taken prisoner. The road to Moscow was practically open for the Germans. Ivan Stepanovich faced a military tribunal and execution (one of his predecessors in the post, General Dmitry Pavlov, who, too, had been defeated, had been shot on July 22). However, thanks to the personal intervention of Georgy Zhukov, Konev managed to avoid serious consequences and was appointed commander of the Kalinin Front, whose troops, on December 5, 1941, were the first to launch a large-scale counteroffensive and pushed the enemy back 150 km from the capital. 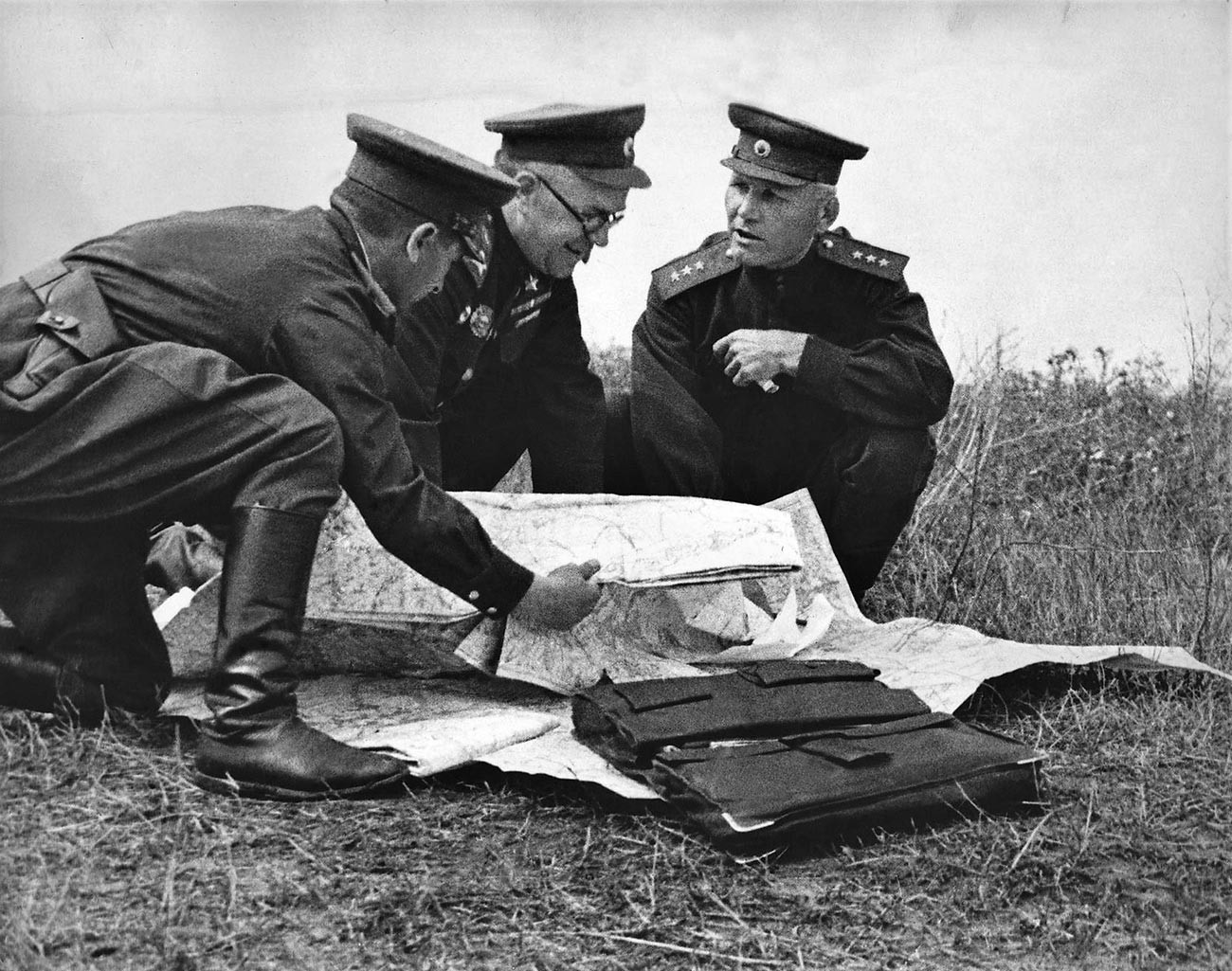 However, Vyazma was not the last defeat in his career. Two Rzhev-Sychevsky, Zhizdrinskaya and Starorusskaya offensive operations that were carried out under Konev’s command in late 1942 and early 1943 did not achieve their goals and ended in large losses for the Soviet troops. 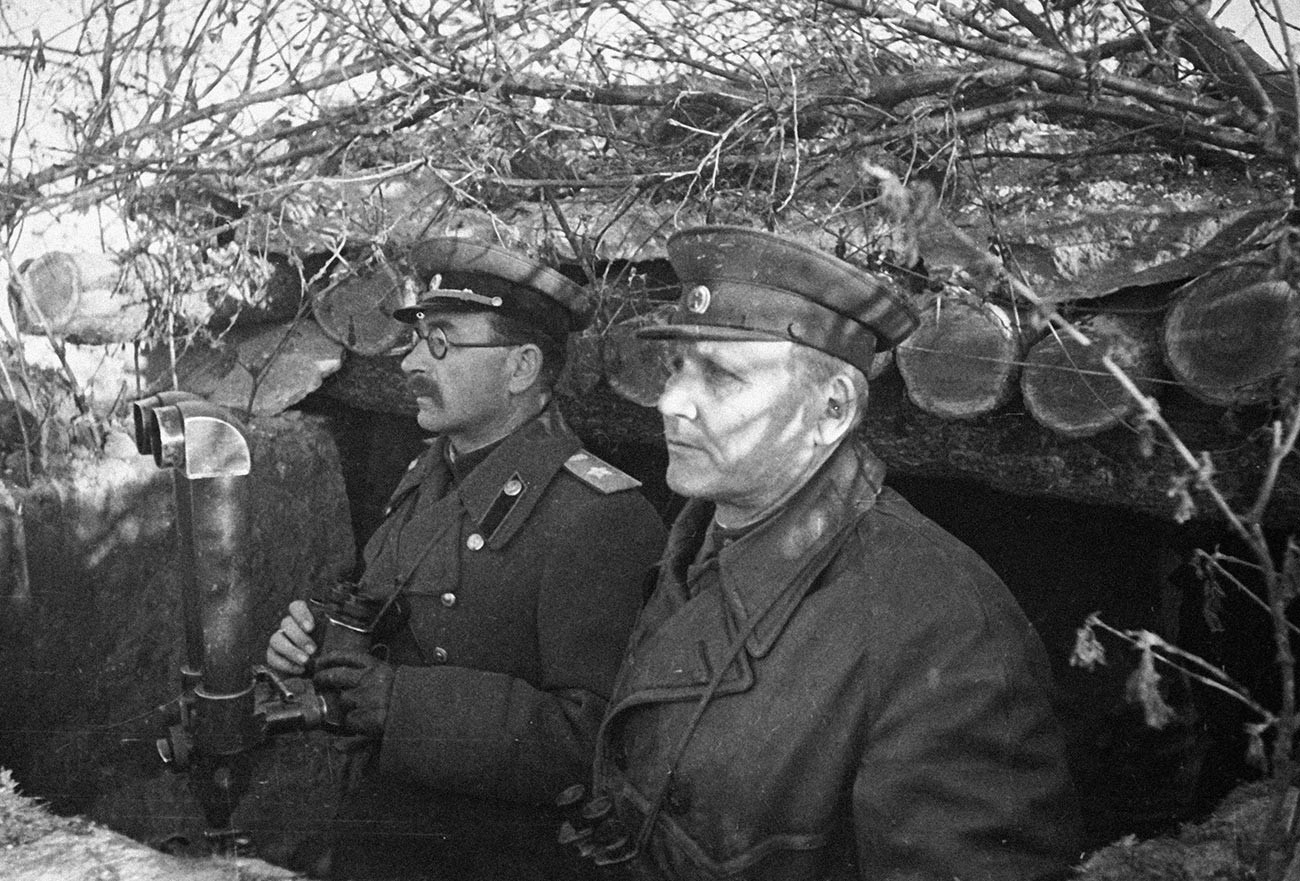 However, the decisive Battle of Kursk in the summer of 1943 marked the start of a series of brilliant victories for Ivan Stepanovich. After the Red Army withstood German attacks, troops of the Steppe Front under Konev’s command went on the offensive on July 17, threw the enemy back to their original positions and, building on their success, liberated Belgorod and the large industrial center of Kharkov. Having reached the Dnieper by the end of September, they crossed it on the march, seized bridgeheads on its right bank and managed to hold and expand them in fierce battles. 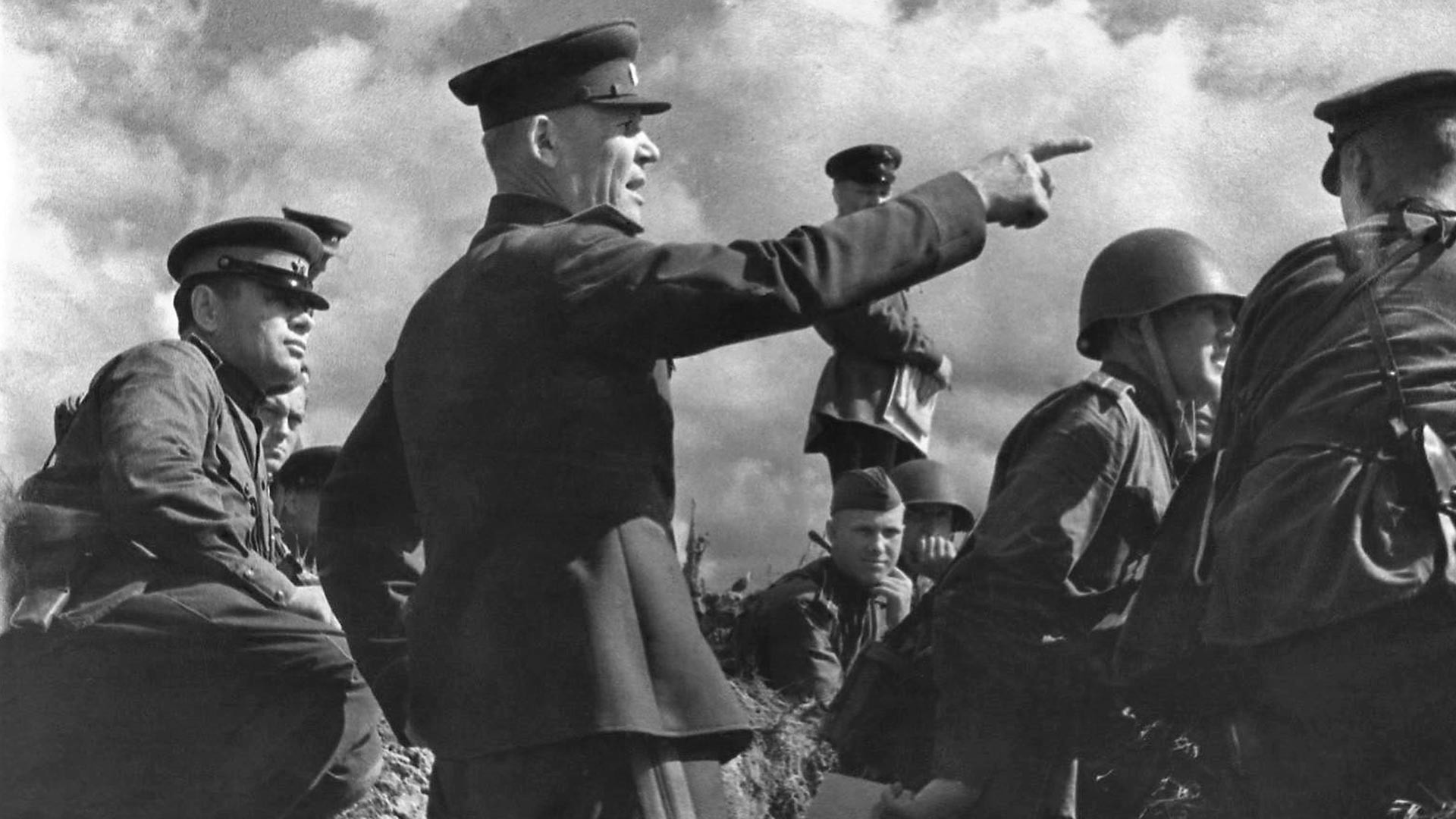 Konev’s military talent came to the fore during the Korsun-Shevchenko Operation in January-February 1944. Acting together with the troops of General Nikolai Vatutin, he surrounded a 59,000-strong enemy grouping in central Ukraine, successfully suppressing their attempts to break through the encirclement. Although part of the German troops managed to escape, the enemy lost up to 40,000 people as killed or wounded. “Everything was mixed into one stream. Everyone was fleeing and no-one knew where he was fleeing and why. Broken cars, guns, carts and hundreds of corpses of soldiers and officers were lying on the roads and off the roads,” one German prisoner recalled. For the success in “Stalingrad on the Dnieper”, as this battle became to be known, Konev was awarded the title of Marshal of the Soviet Union. 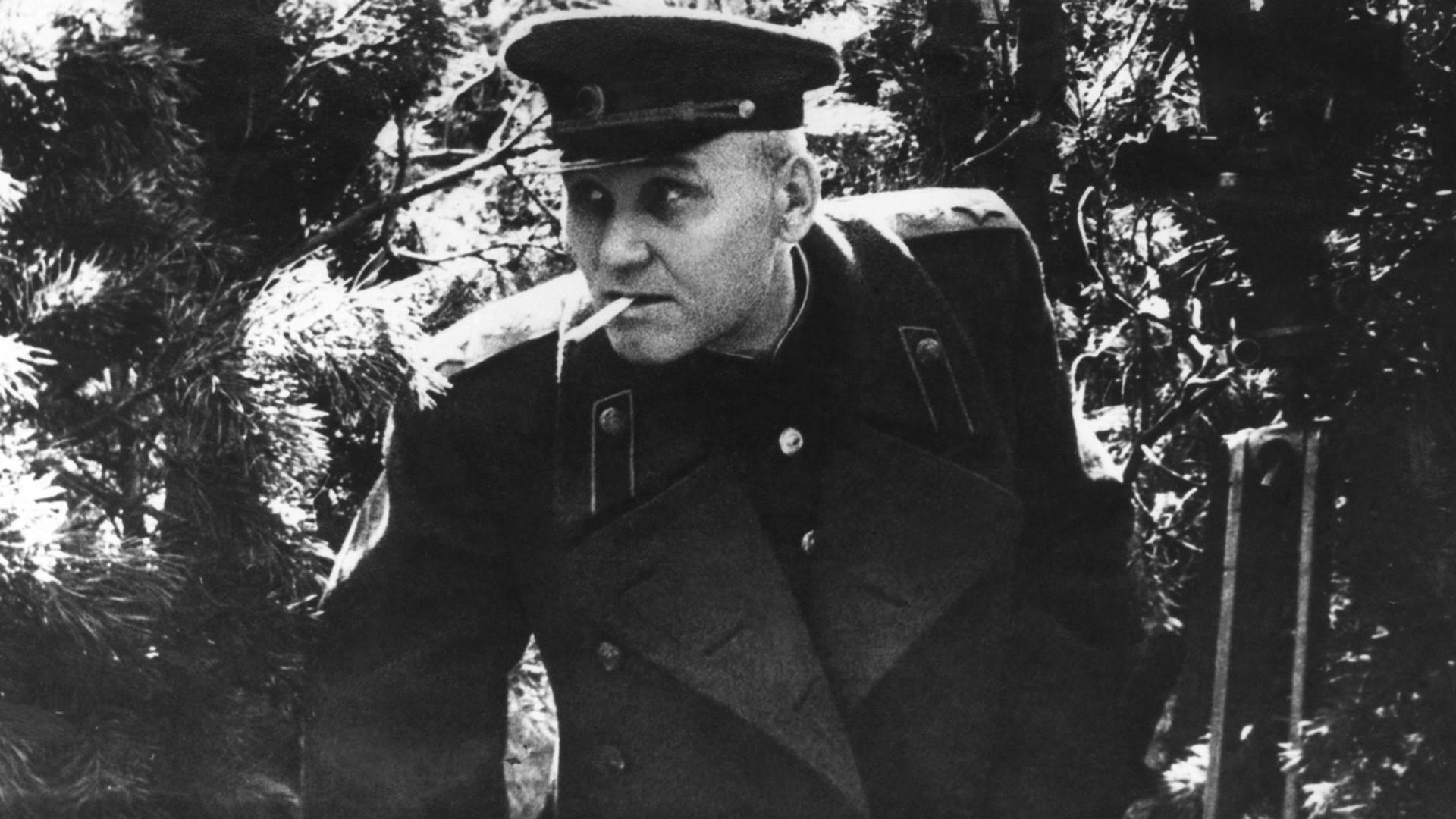 Another impressive success for Ivan Stepanovich was the Uman-Botosani Operation in the spring of 1944. Thanks to his competent use of a striking fist consisting of three tank armies at once and to his instant reaction to any change in the situation on the battlefield, troops of the 2nd Ukrainian Front under his command defeated the 8th German Army and liberated part of Western Ukraine and Moldova. Having entered the territory of Romania, they became the first Red Army troops to cross the state border of the USSR. The marshal himself nearly got killed during that operation when his car was fired upon by a German fighter while crossing the Southern Bug River. 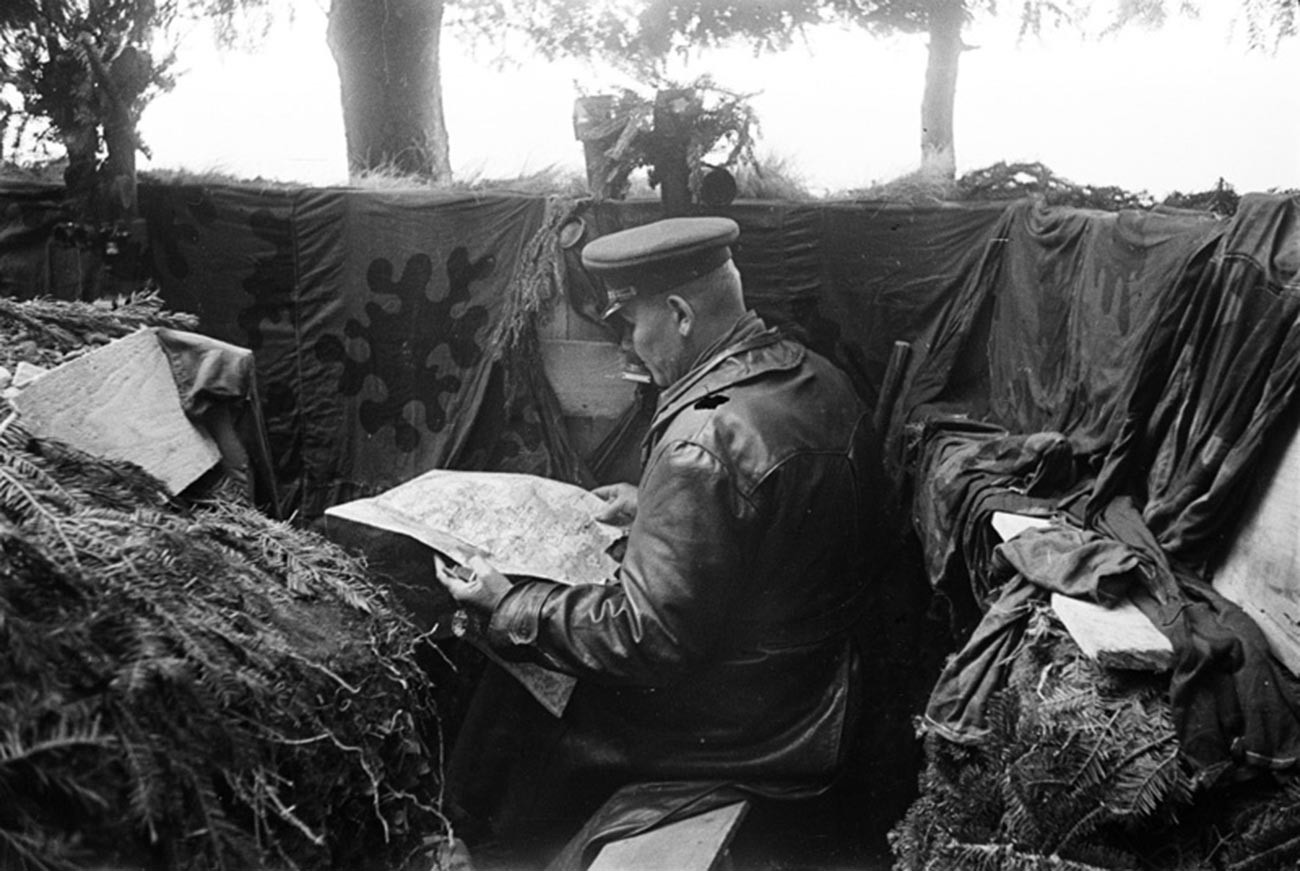 From May 1944 until the end of the war, Konev commanded the troops of the 1st Ukrainian Front, who took part in defeating Army Group North Ukraine in the summer of 1944, in liberating western Poland and seizing the strategically important Silesian industrial region in the winter and spring of 1945. Ivan Stepanovich's troops took part in the Berlin Operation, too, but the task of storming the “lair of the beast” was entrusted to Marshal Zhukov’s 1st Belorussian Front. 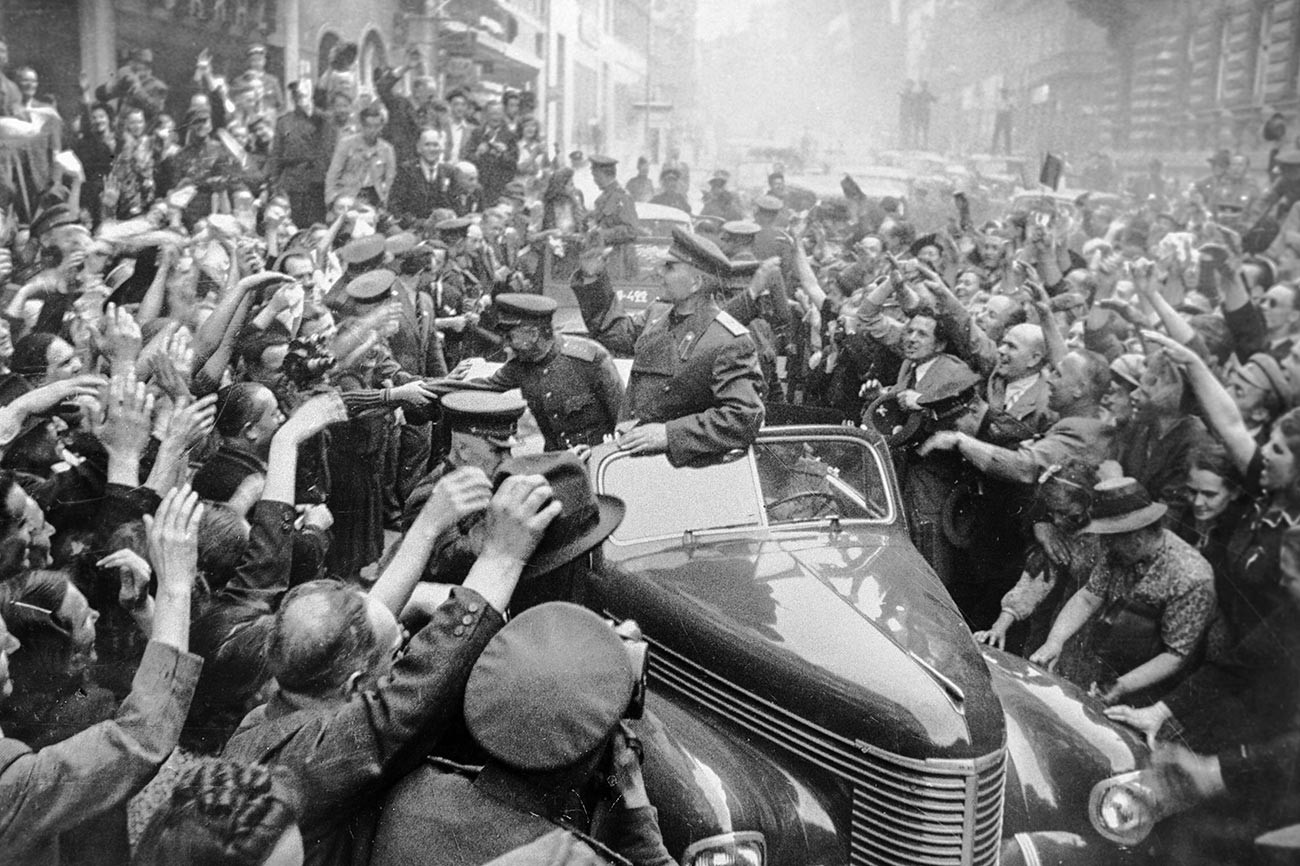 Although Konev was not destined to take the capital of the Third Reich, he nevertheless went down in history as the commander who led the Red Army’s last strategic operation in the Great Patriotic War of the Soviet Union against Nazi Germany. During the Prague offensive (May 6-11), the remnants of the Army Groups Center and South were finally defeated, nearly 860,000 enemy soldiers were taken prisoner, while the territory of Czechoslovakia was completely liberated. 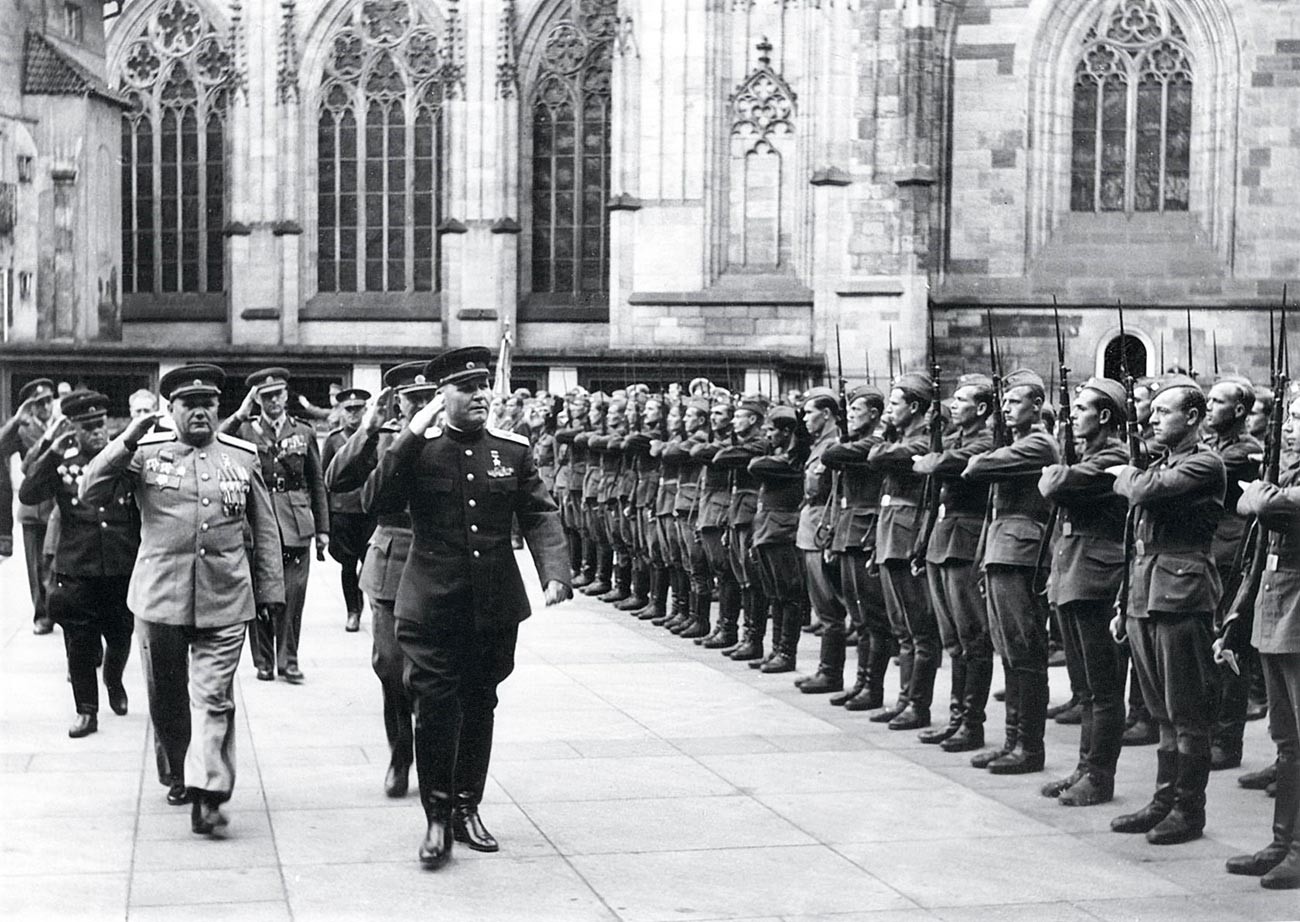 In his memoirs entitled Forty-Five, Marshal Ivan Stepanovich Konev wrote: “When I visit the Olshany cemetery in Prague, the resting place of our soldiers and officers who died in the Prague operation, it is with bitter sadness that I see on their tombstones decorated with flowers the date of death May 9. The war was already over, but these people perished here, on the outskirts of Prague, when our whole country was already celebrating victory, they perished in the last battles with the enemy, valiantly completing what they had begun.” 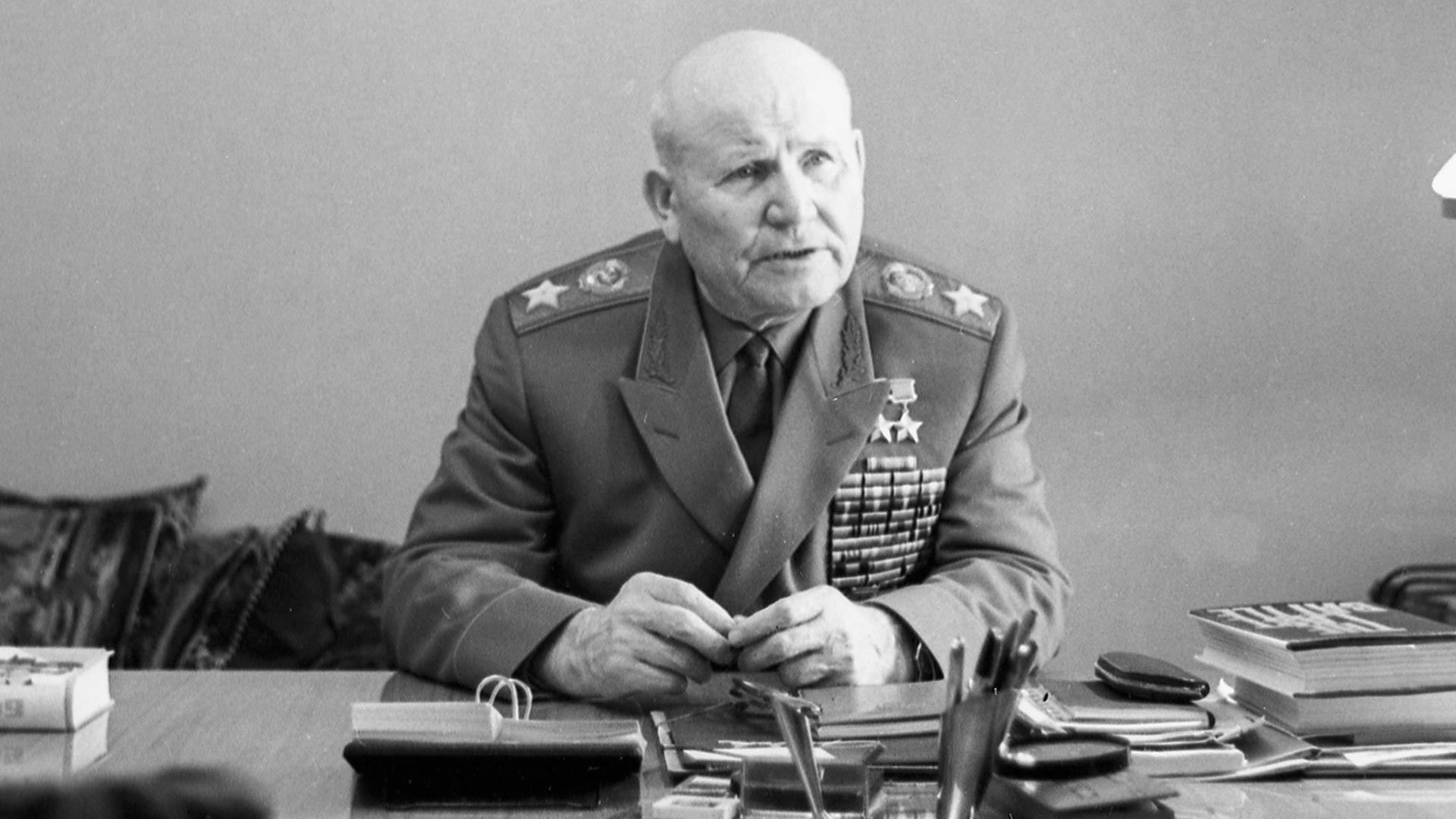