Why Hungarians helped the Bolsheviks establish Soviet power in Russia 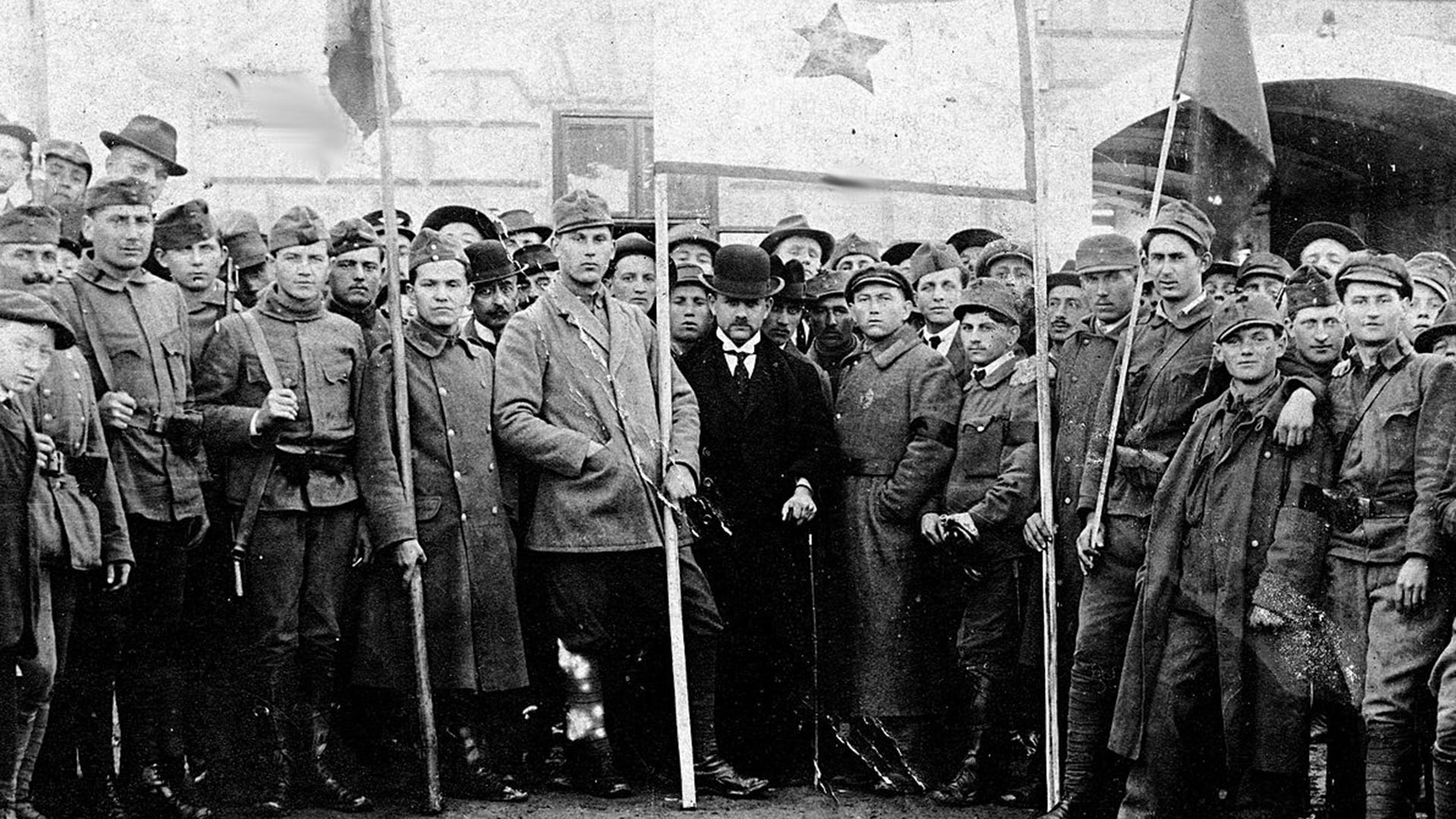 Erky-Nagy Tibor/FORTEPAN (CC BY-SA 3.0)
Tens of thousands of Hungarians fought fiercely in the ranks of the Red Army. They played an important role in the establishment of Soviet power in Siberia and the Urals.

“Our brothers, join our Red Army to save the Russian Revolution and to begin an armed struggle for the liberation of the Hungarians, Hungarian workers and Hungarian peasants. To arms! For land, bread, peace and freedom!” This was how, in early 1918, the Soviet government campaigned to enlist the support of Hungarians who found themselves in Russia at the time the Civil War was flaring in the country.

The appeal didn’t go unanswered: Tens of thousands of Hungarian internationalists ended up enlisting and fighting for the Bolsheviks in the Red Army and Red partisan detachments. For their resilience and reliability, they were highly regarded by their comrades-in-arms, as well as by their opponents. 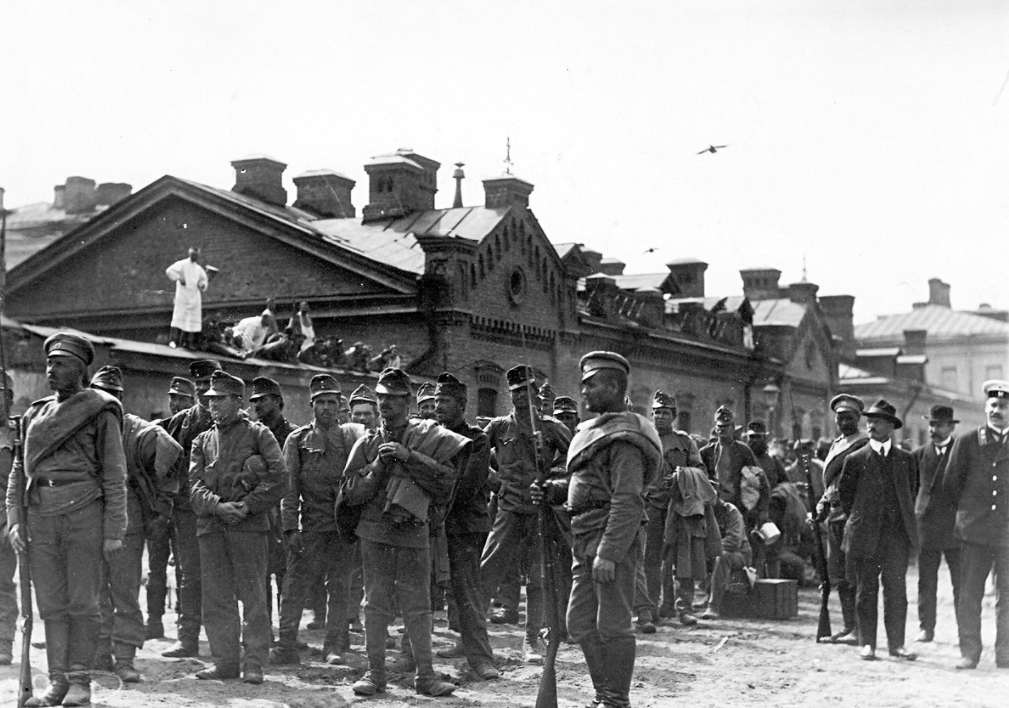 In total, about half a million Hungarians were in Russian captivity when Soviet Russia and the German Empire signed the Treaty of Brest-Litovsk on March 3, 1918. The overwhelming majority of these soldiers didn't want to continue fighting and had no intention of doing so and were simply waiting for an opportunity to return home.

There were others (about 60,000), however, who were ready to go back to the battlefields, but this time not the battlefields of World War I, but those of the Russian Civil War. Their motives were above all ideological.

Over 70 percent of the Hungarian POWs were peasants, workers and farm laborers who were receptive to and interested in the propaganda of the new Russian authorities. The Bolsheviks actively assisted them in this by helping to set up revolutionary discussion groups in the POW camps and organizing the publication of communist newspapers Social Revolution and Forward in Hungarian. Vladimir Lenin personally met the leading members of the Hungarian Communist Movement - Béla Kun, Tibor Szamuely and Dezső Faragó - and provided them with all-round support for their political campaigning among fellow Hungarians. 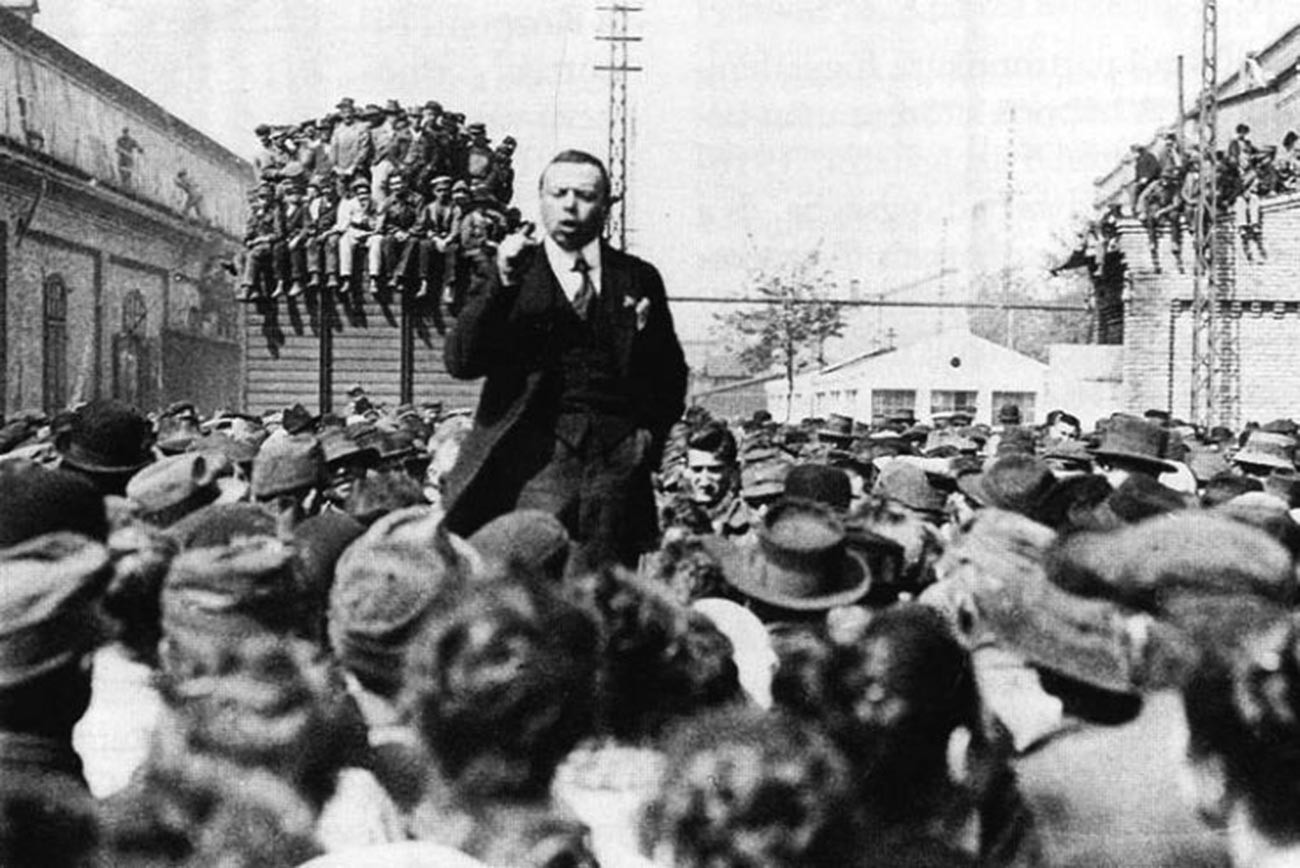 A not insignificant reason behind the Hungarians’ deciding to join the Bolsheviks was the harshness of conditions of detention in the POW camps. Despite the conclusion of peace, their return home was a protracted and complicated procedure. Rather than die in the camps from disease or hunger, many chose stable food provisions and cash allowances in the armed forces of the young Soviet republic.

“Hungarian prisoners of war willingly joined the Red Army,” recalled Rudolf Garashin, commander of the independent international cavalry regiment. “They had suffered enough under the tsarist authorities and interventionists, who had used them as free labor. During the war, we had witnessed all sorts of things, but when we arrived in this camp (in Darnitsa, outside Kiev) it made our flesh creep. The conditions in which the prisoners were kept were deplorable. The food could not be worse, fuel was in short supply and the prisoners’ clothes had turned into frightful rags. Many of the captives were ill and lay in the huts receiving no medical assistance. And typhus was raging at that time.”

The White movement did not recognize the Treaty of Brest-Litovsk, regarding it as shameful and criminal, so there could be no question of their releasing POWs from the camps on their territory. As a consequence, the Hungarians fled in large numbers into the Siberian forests and joined Red partisan detachments. 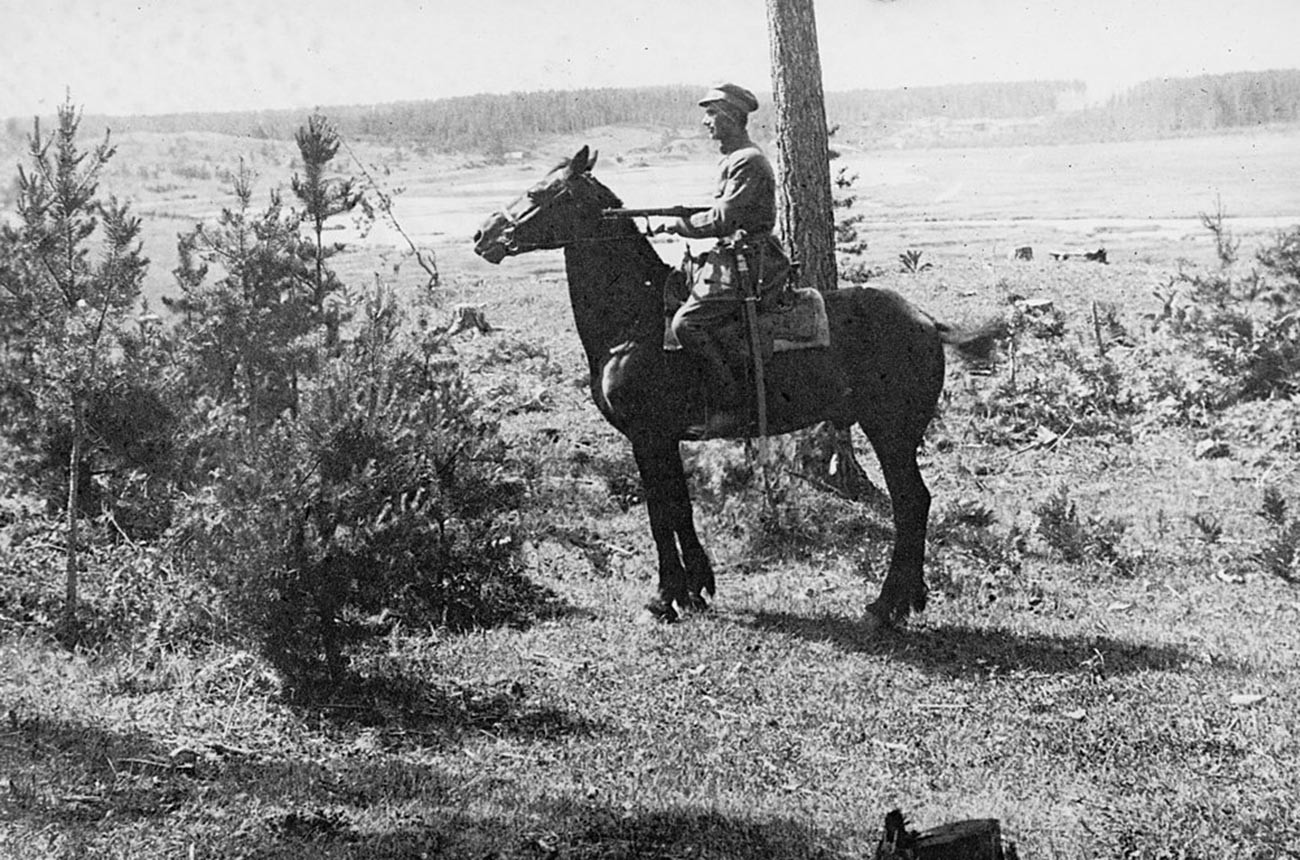 A Czechoslovak scout in Siberia.

The Hungarians were also prompted to take the side of the Bolsheviks by the fact that the so-called Czechoslovak Corps (Legion), recruited from Czech and Slovak prisoners to fight the Germans under the Tsar, had taken the side of the Whites and the foreign interventionists. In spring and summer of 1918, the legionnaires became one of the chief protagonists in the Civil War, taking broad areas of Siberia under their control and eliminating Soviet power there. Old enmities between the Hungarians, who were one of the titular nations of Austria-Hungary, and the Czechs and Slovaks, who were regarded as mere national minorities, were transposed to the vast expanses of Russia. The Hungarians regarded their fellow Slav citizens as traitors who had deserted to the enemy.

The legionnaires and the ‘Red Magyars’ preferred not to take each other prisoner. Thus, on June 18, 1918, after fighting near the Siberian town of Mariinsk, the Czechs summarily executed 50 captured Hungarians from Máté Zalka’s detachment by firing squad.

Elite of the Red Army 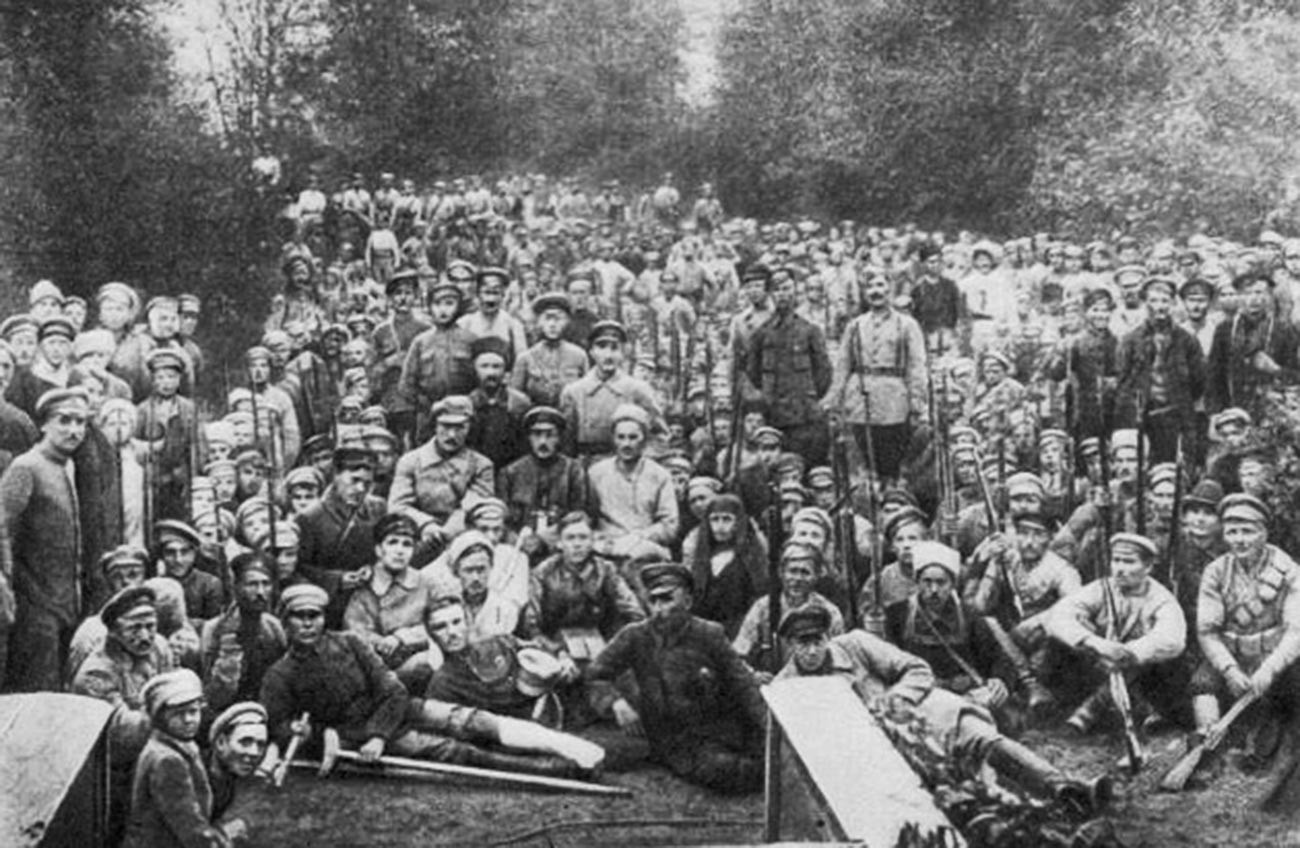 Despite the fact that throughout the war Hungarians represented only a few per cent of the total numerical make-up of the Red Army, they were regarded as being among its most combat-effective soldiers. Battle-seasoned, united and steadfast, the Hungarians did not succumb to enemy propaganda and were noted for their reliability and responsiveness to orders. The Bolsheviks employed them effectively both in combat situations and in punitive operations.

“The Magyars fought to the last drop of blood,” recalled Gennady Militsin, a Red Army soldier. Czechoslovak military commander Radola Gajda noted that Russian Red Guardsmen were feeble opponents and when pressed hard would make a run for it, but the Magyars always held their ground.

The Hungarians played an important role in the establishment of Soviet power in Siberia, the Urals and Volga Region. The chief of staff of the 1st Army of the Eastern Front of the Workers’ and Peasants’ Red Army, Nikolai Koritsky, recalled the role of a Hungarian company of soldiers in an operation to take Simbirsk on September 10, 1918, as follows: “The Hungarians took up the initial position for the attack in exemplary fashion and together charged the enemy trenches. Hurling hand grenades into the trenches and using their bayonets to make openings in the wire, they threw themselves into the trenches and in hand-to-hand fighting finished off almost a whole battalion of White Guardsmen.” 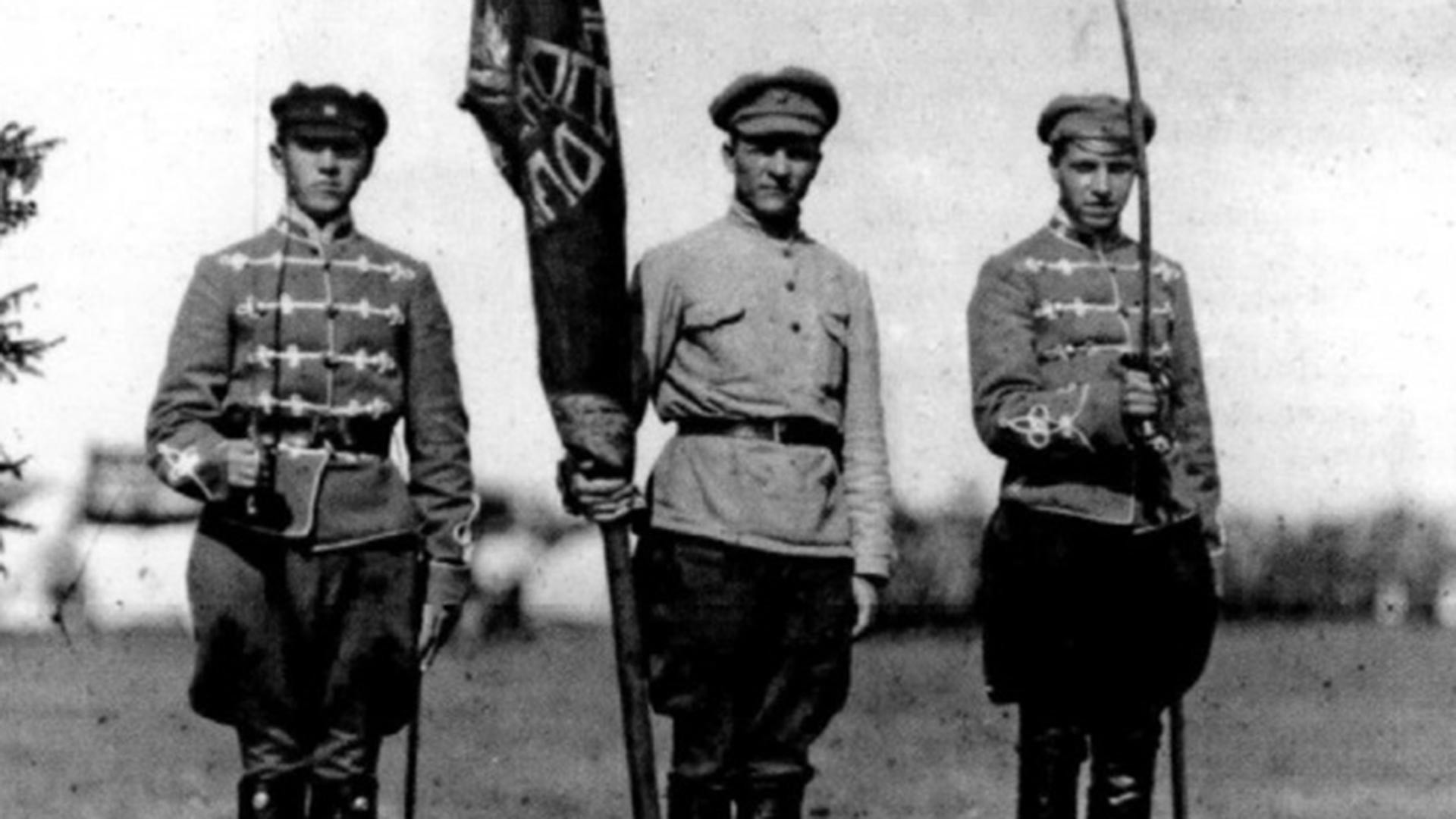 One of the few Red cavalry units capable of standing up to the White Cossack cavalry on equal terms consisted of detachments recruited from former Hungarian hussars who had been taken captive. They refused to fight in Red Army tunics and greatcoats, preferring to wear their traditional red breeches, dark blue pelisses and hussars’ red kepis.

In March 1919 a proportion of the Hungarians who had fought in Russia set off home to defend the freshly-proclaimed Hungarian Soviet Republic. After its rapid collapse in August of the same year, many of them faced reprisals or fled the country. On August 2, one of the leaders of the republic, Tibor Szamuely, who had made a significant contribution to the emergence of the detachments of Hungarian internationalists in Russia, was shot on the border with Austria.

Another leader of Soviet Hungary, Béla Kun, managed to return to Russia, where soon afterwards he was appointed chairman of the Revolutionary Committee of Crimea. He was one of the organizers of the mass executions of “class enemies” on the peninsula, which took tens of thousands of lives. 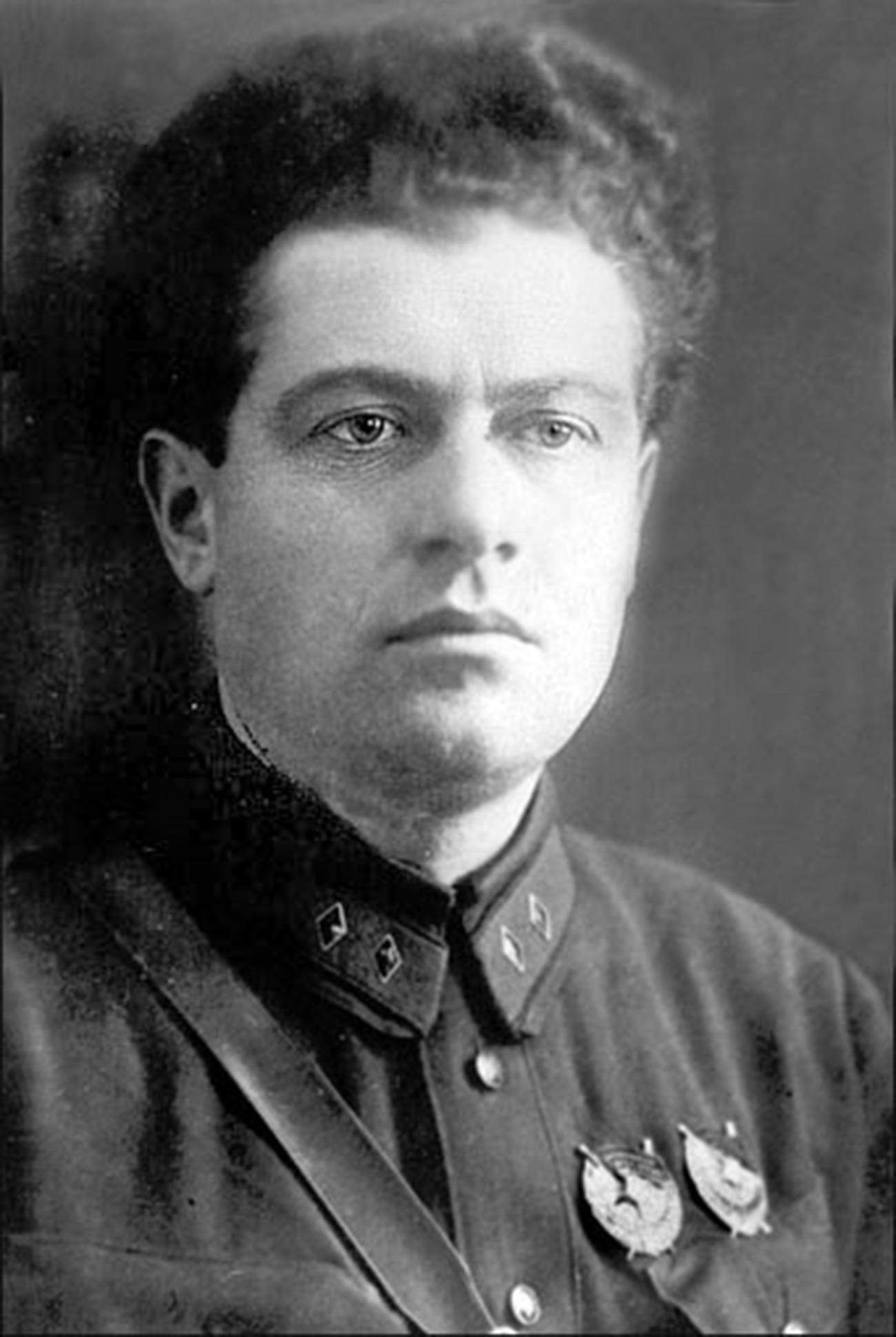 For many Hungarians, without the possibility of going back to their own country, the Soviet Union became a second home. They served in the Red Army and in the intelligence services and carried out missions in Civil War-torn Spain. On June 11, 1937, the commander of the XII International Brigade, Máté Zalka (also known as ‘General Lukács’), was killed by artillery shrapnel near Huesca.

The ‘Great Terror’ in the USSR in the late 1930s did not leave the Soviet Hungarians unscathed either. On May 23, 1938, Lajos Gavró, the commander of the 92nd Far Eastern Division and hero of the Civil War, was shot in Khabarovsk. Meanwhile, Béla Kun was executed in Moscow three months later.

In the years during World War II, Hungarian experts were recruited for work with Hungarian POWs, to organize anti-Fascist partisan units and, after the war, to help set up the Hungarian People’s Army. 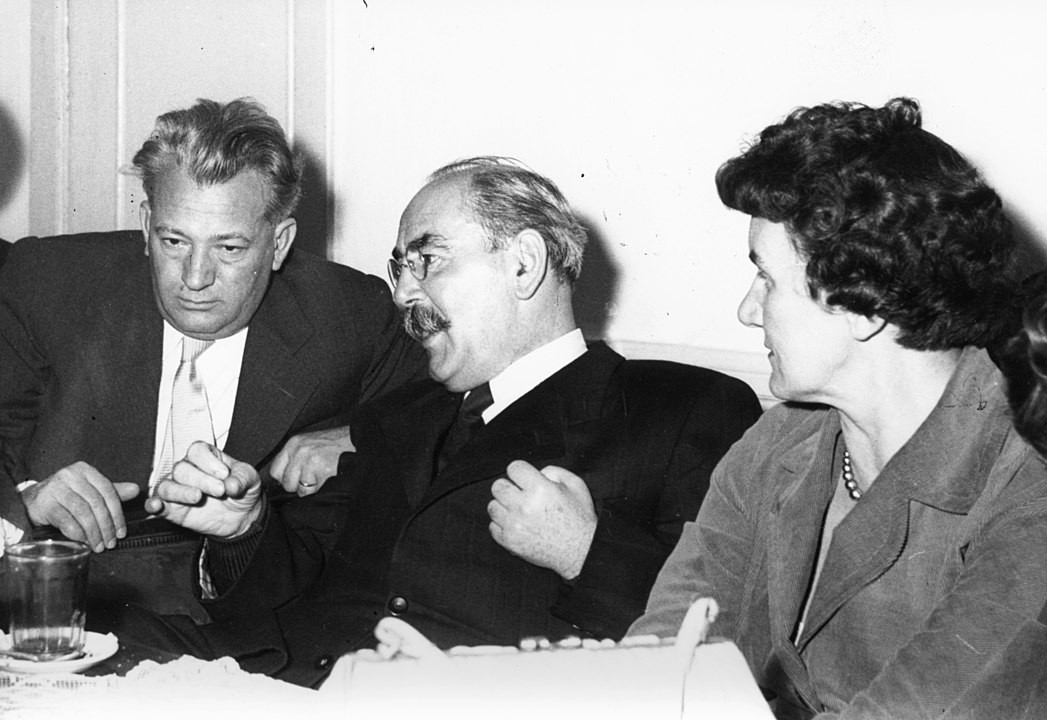 In 1956, the Hungarian Uprising (or Hungarian Revolution, as it is known in present-day Hungary) against the Communist system left former comrades from the Russian Civil War on different sides of the barricades. For instance, in a Budapest suburb, the rebels brutally murdered Sándor Sziklai, the former commander of the ‘Samara Communard’ detachment.

For his part, the head of government Imre Nagy, who had also once served in the Red Army and supported the uprising, was arrested after it was put down. Despite the fact that Nikita Khrushchev opposed the imposition of the death penalty on Nagy, János Kádár, the new Hungarian leader, insisted on it and got his way. Nagy was hanged on June 16, 1958, for “treason against the motherland and organizing a conspiracy aimed at toppling the popular-democratic system”.