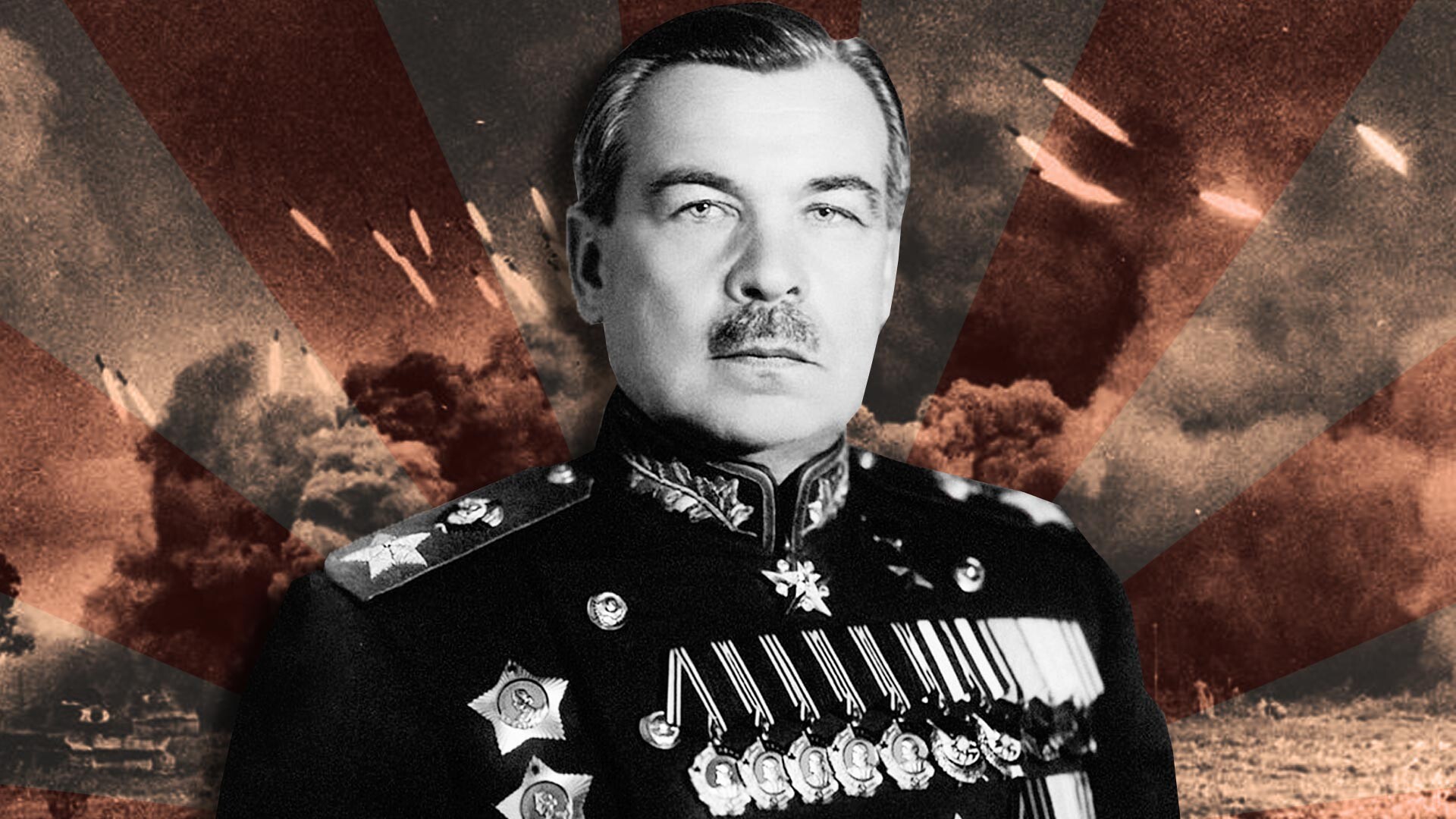 Russia Beyond (Photo: mil.ru; Vsevolod Tarasevich/МАММ/МDF/russiainphoto.ru)
During the Russian Civil War, Leonid Govorov fought against the Red Army. This, however, did not prevent him from later becoming a Soviet marshal.

“All decisions are comprehensively thought out, orders are laconic, but extremely clear. He is always demanding of himself and of his subordinates, always strict and principled. He enjoys great authority and respect among the soldiers, officers and generals of the front,” was how General Boris Bychevsky described Marshal of the Soviet Union Leonid Govorov. The architect of Soviet victories in the northwest of the USSR during World War II, he became a legend in the Red Army. Amazingly, at one point in his life, this outstanding Soviet commander fought against the very same army he would later be leading. 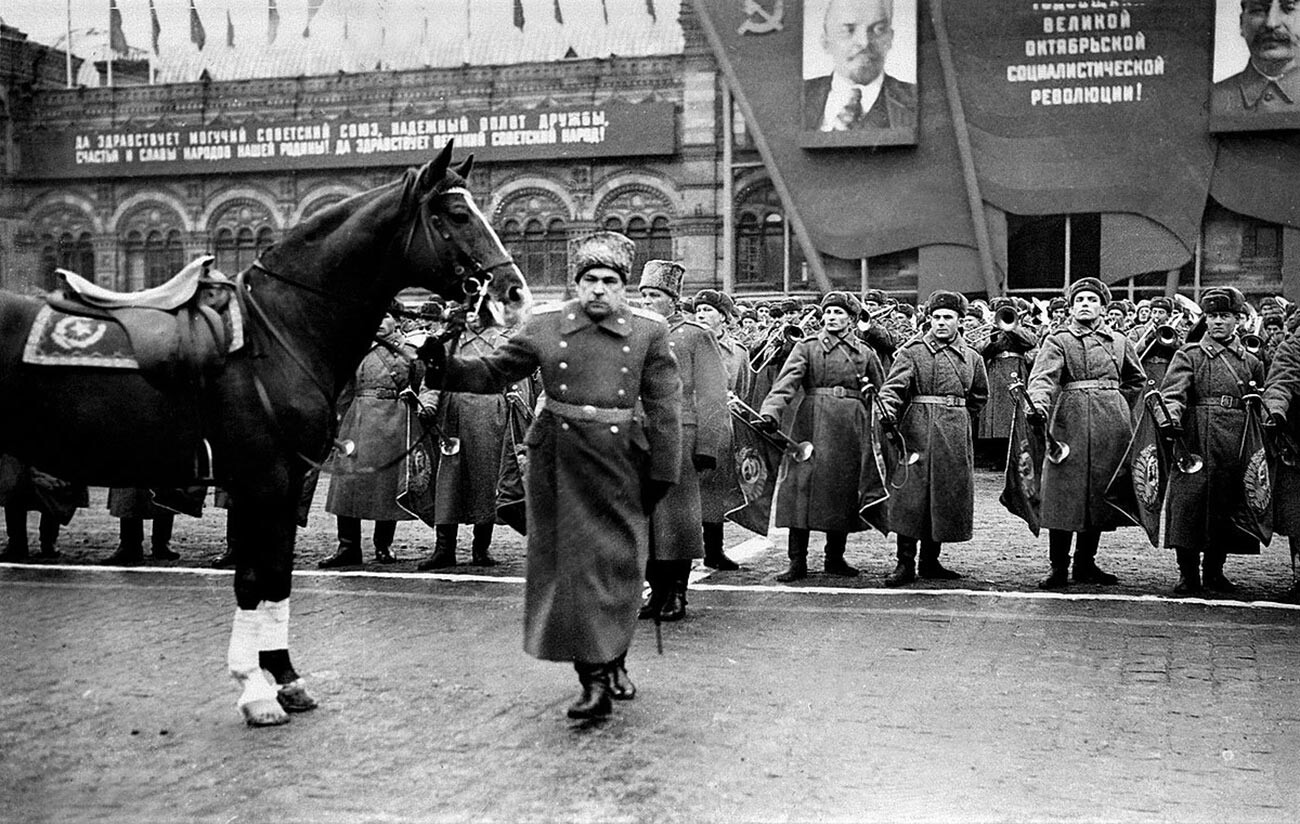 In 1918, when the ruins of the Russian Empire were being engulfed in a civil war, Leonid Govorov was living in the small town of Yelabuga, not far from Kazan. He had graduated from an artillery school and had briefly served in the army, before getting demobilized to the rank of a warrant officer. However, Govorov did not manage to stay away from the conflict - he joined the Whites, who had occupied Yelabuga in September of the same year. Leonid Aleksandrovich himself later claimed that he had been mobilized. 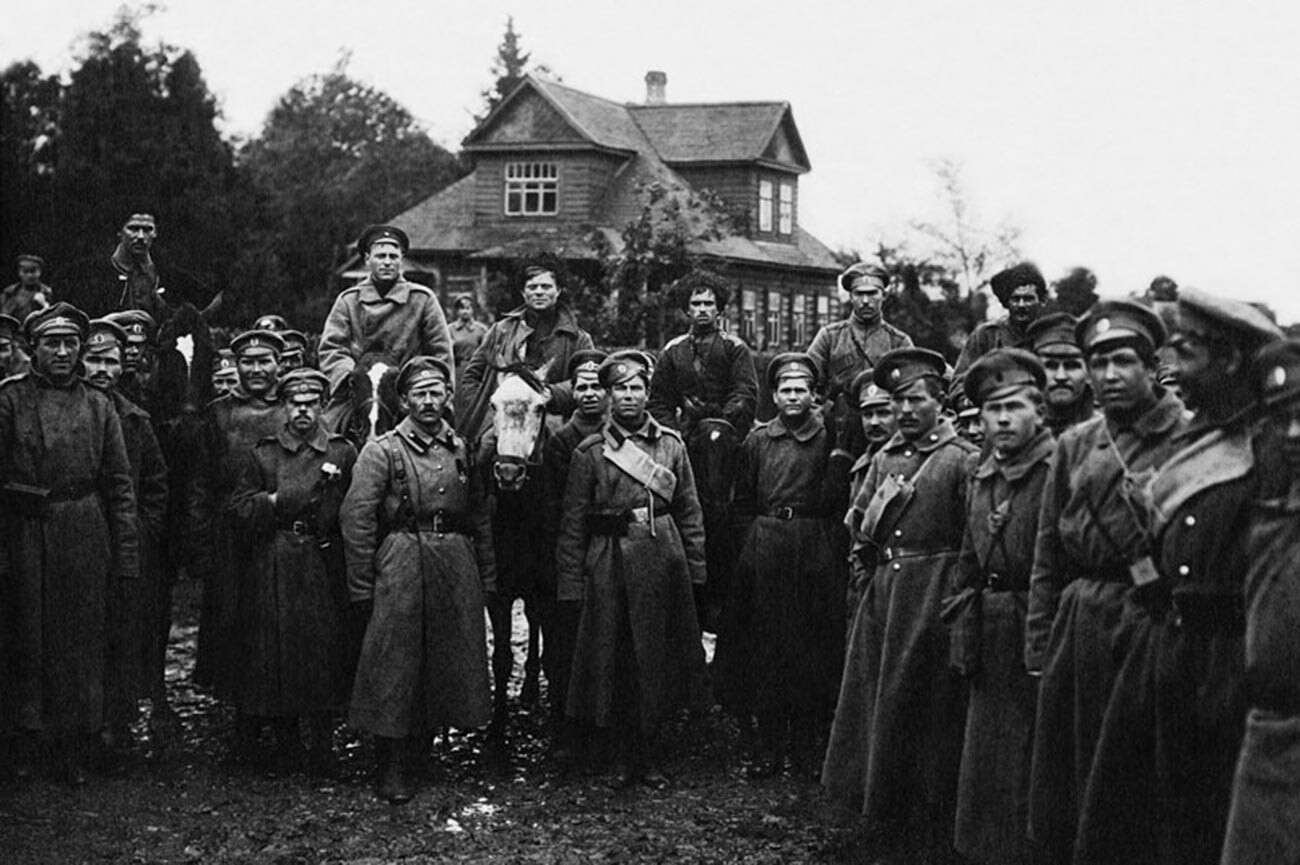 For almost a year, Leonid Govorov fought in the 8th Kama Rifle Division of the Western Separate Army, where he commanded an artillery battery. By an order dated July 13, 1919, Supreme Commander-in-Chief Admiral Alexander Kolchak promoted him to the rank of a second lieutenant. However, when in November-December 1919, the White Guard suffered a heavy defeat in the east of the country and began to roll back beyond the Urals, Govorov decided to defect to the Red Army. 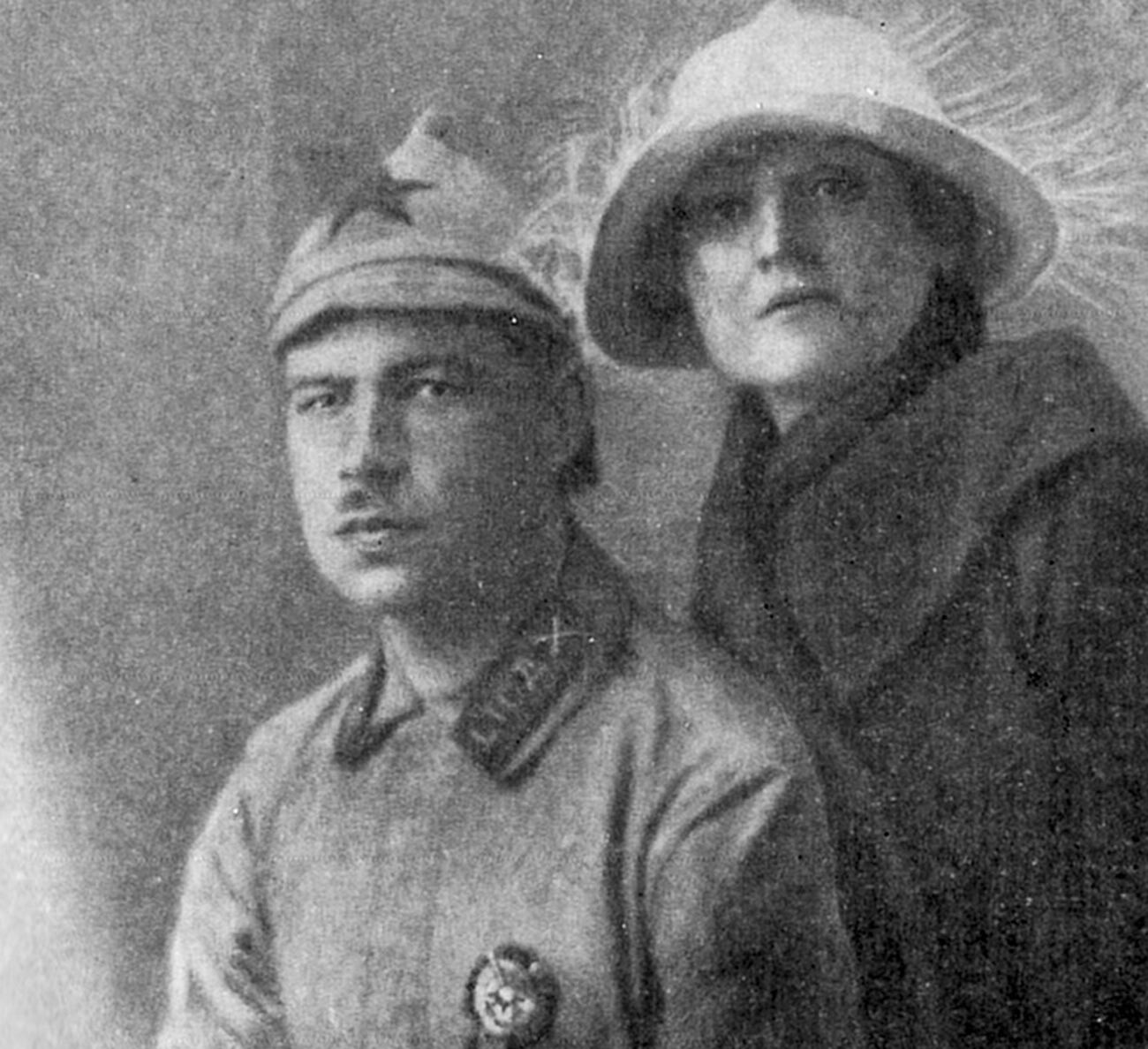 Leonid Govorov with his wife in 1923.

Leonid Aleksandrovich was one of the several thousand White officers who joined the Red Army. The Bolsheviks held the combat skills of these “military specialists” in high regard, but kept them under special control as recent enemies. Trying to earn the trust of his new comrades, Govorov fought with great bravery and dedication against the troops of Baron Wrangel in the south of Ukraine and in the Crimea, was twice wounded and was decorated with the Order of the Red Banner. 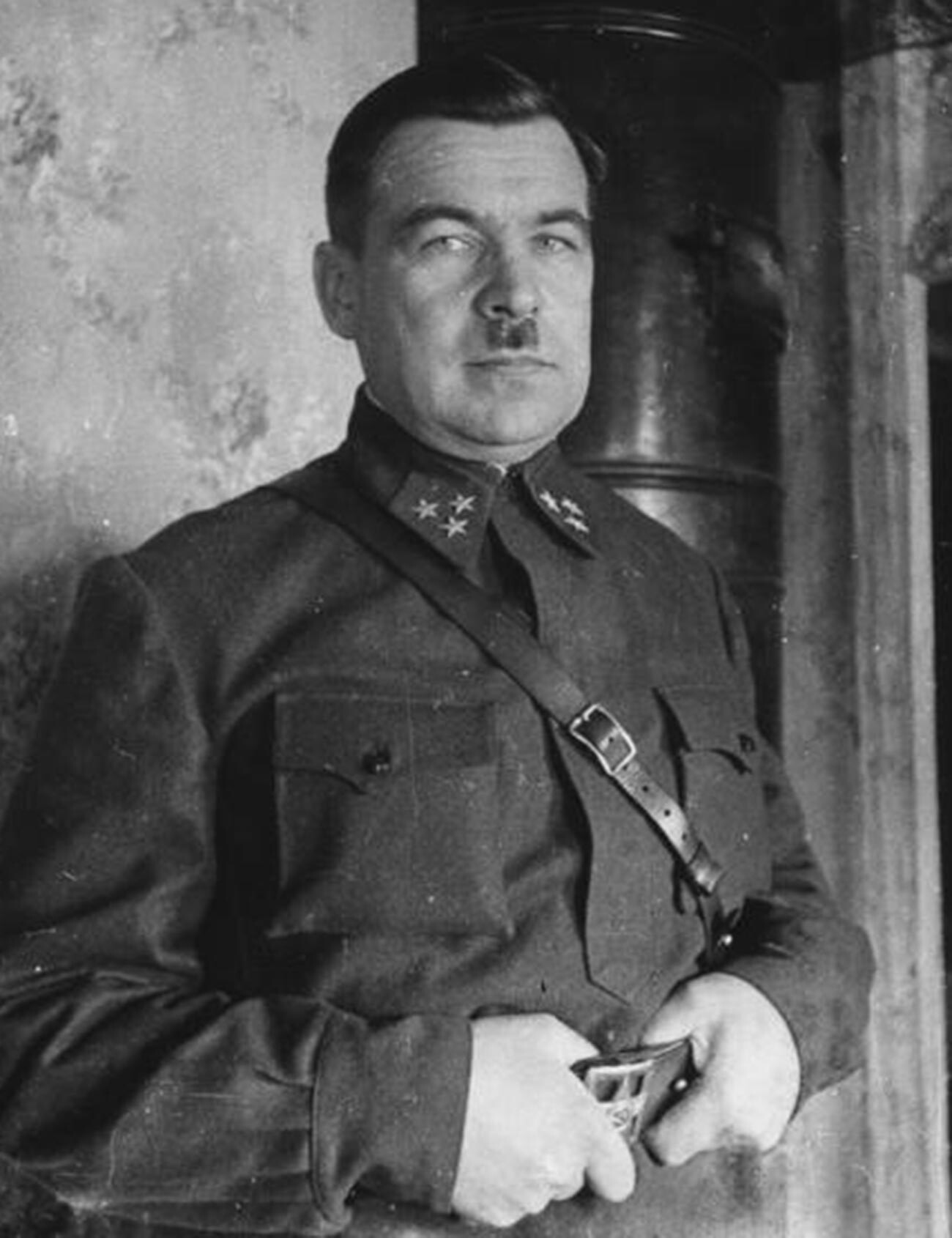 Govorov as the commander of the 5th Army.

This high award boosted the Soviet leadership’s trust in the former White officer and Govorov continued to move up the career ladder in the Red Army. He even managed to survive the period of mass repressions in the USSR, known as the Great Purge. “Stalin appreciated his professional qualities, as well as the fact that Leonid Aleksandrovich and his wife were very modest people,” said the marshal’s grandson Alexei Govorov. “Grandfather did not like any gatherings and parties, he did not get involved in politics. He was immersed in professional matters and completely devoted to his work... This must have protected him from repressions and saved his life.” 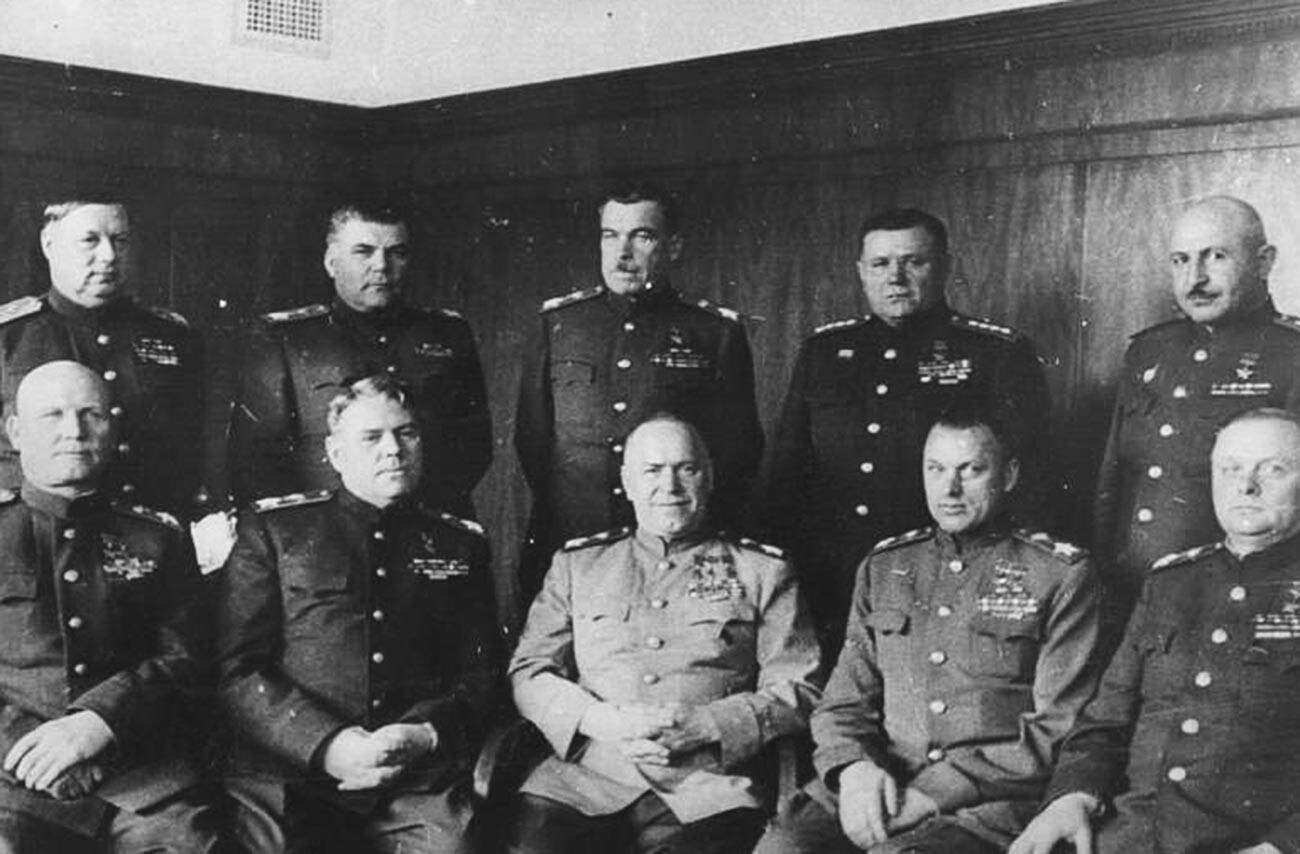 Leonid Govorov (center, above) among the high-level Soviet commanders.

During the Soviet-Finnish conflict of 1939-1940, Govorov, as the chief of the artillery headquarters of the Soviet 7th Army, did a lot of work to prepare for breaching the Mannerheim Line and breaking through a fortified area, for which he was awarded the Order of the Red Star. Even so, he still was not allowed to join the Communist Party (that would happen only in 1942). 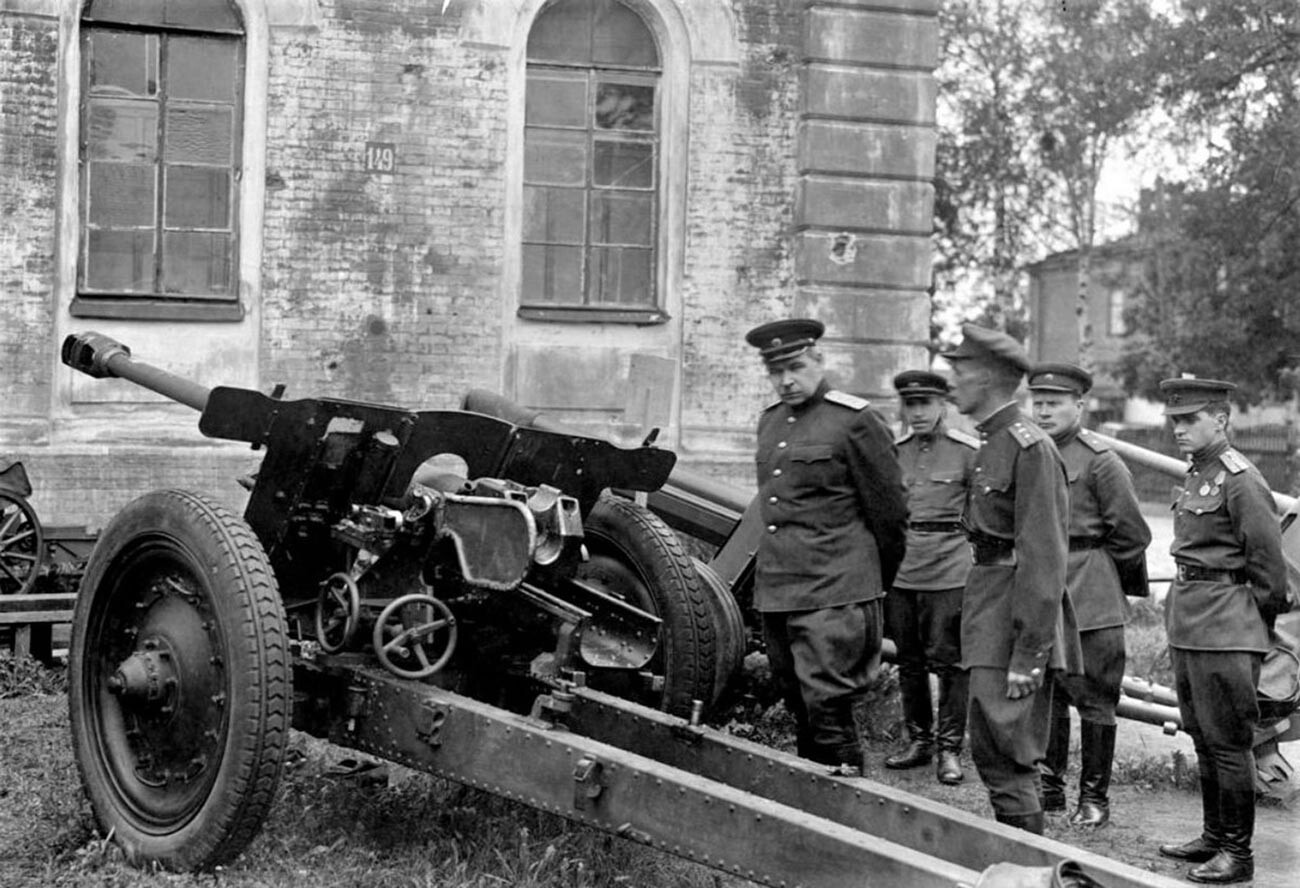 During the Battle of Moscow in the fall and winter of 1941, the 5th Army under his command fought heavy defensive battles west of the capital near Mozhaisk and, having managed to hold out, participated in a large-scale Soviet counteroffensive in early December. “In our defense near Moscow, the main burden in the fight against numerous enemy tanks fell primarily on artillery. Thus, Govorov’s specialist knowledge and experience acquired a particular value,” said Georgy Zhukov, who at the time commanded the Western Front. 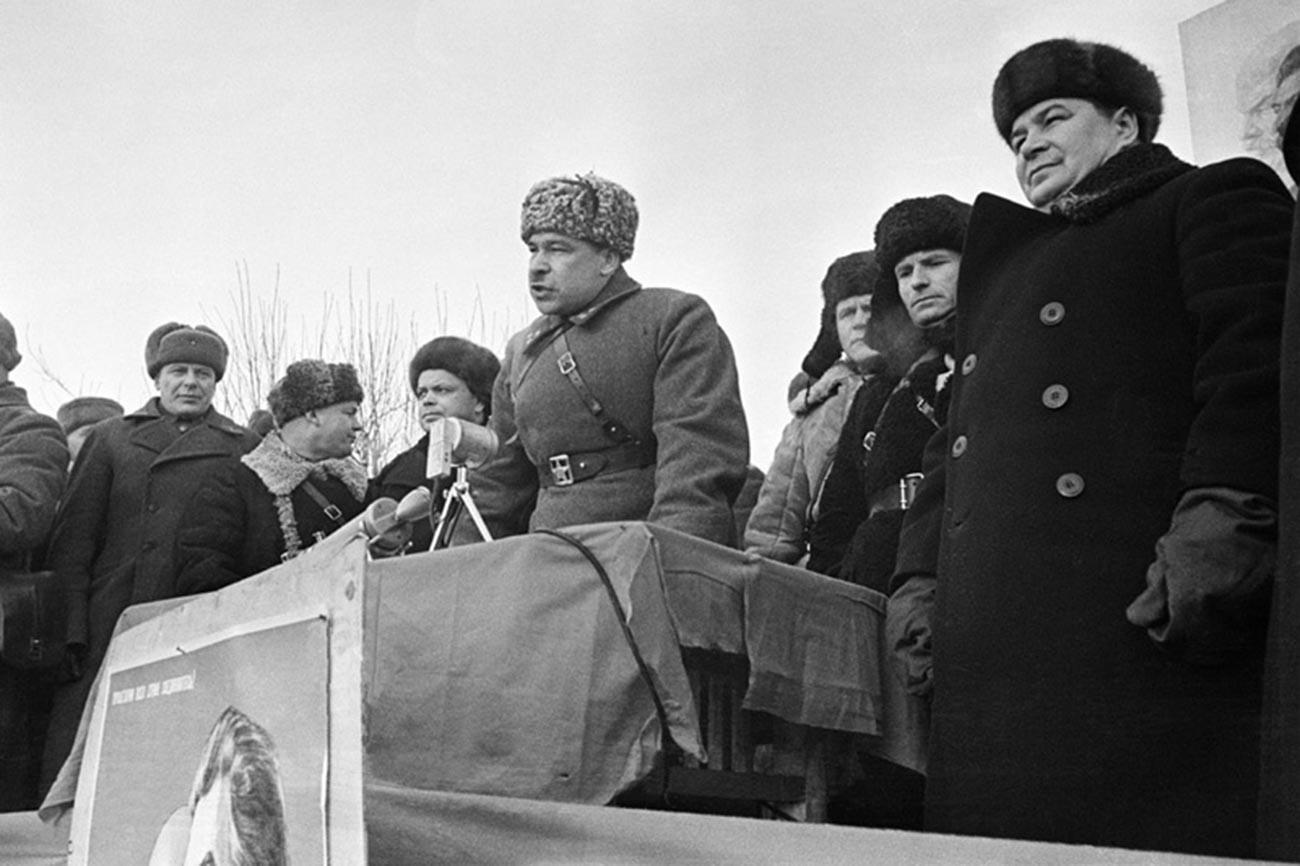 Leonid Govorov during the Battle of Moscow.

In April 1942, Leonid Govorov was transferred to besieged Leningrad and the rest of his WWII career was associated with fighting in the northwest of the Soviet Union. As the commander of the Leningrad Front, he not only turned the exhausted besieged city into an impregnable fortress, but also managed, with scarce resources, to prepare a grouping of troops capable of breaching the enemy blockade. That happened on January 18, 1943, during the Iskra operation carried out jointly with the Volkhov Front. A year later, the Red Army finally pushed the German troops away from Leningrad. 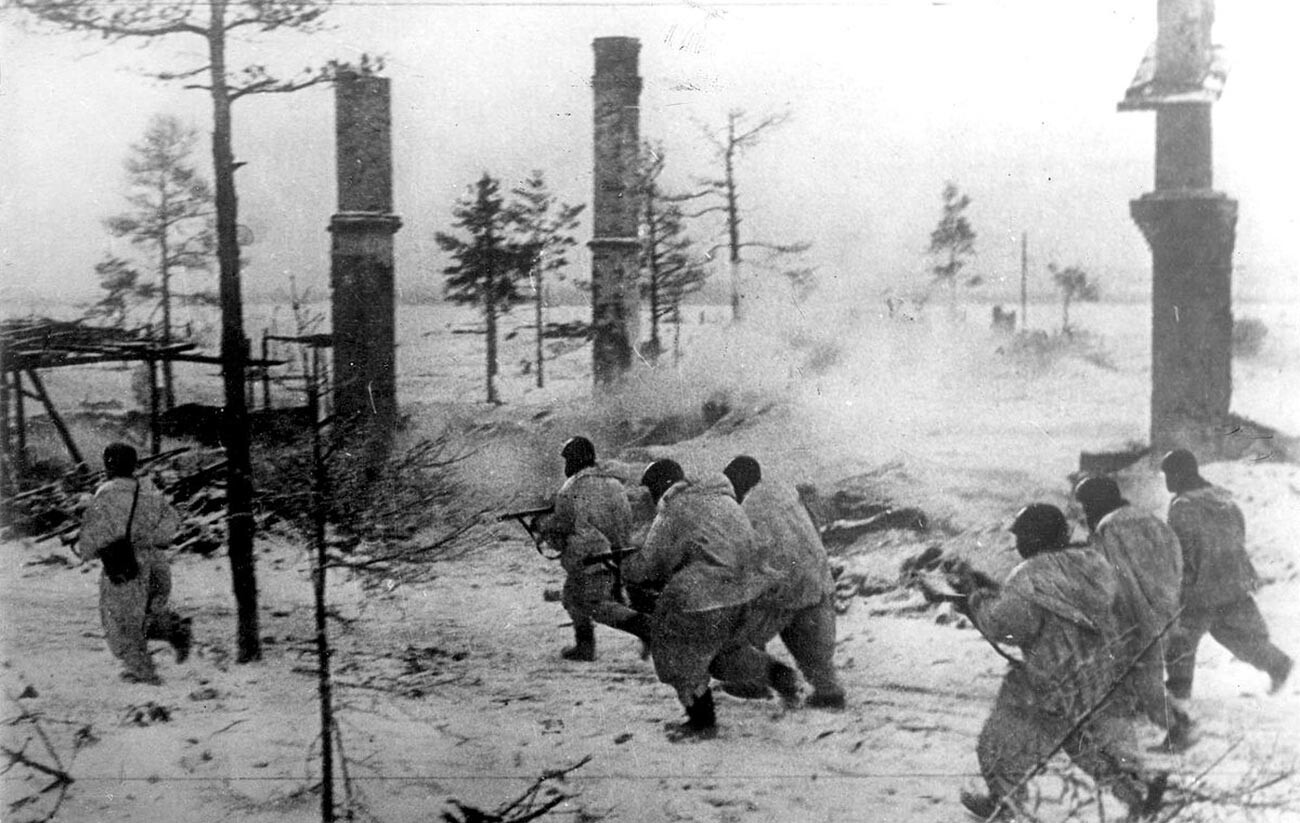 Soviet troops during the Iskra operation.

In the summer of 1944, Leonid Aleksandrovich returned to the Karelian Isthmus, which he knew well from the Winter War with Finland. What awaited him there was a new Finnish system of defensive fortifications, VT-Line, which included the partially restored Mannerheim Line. 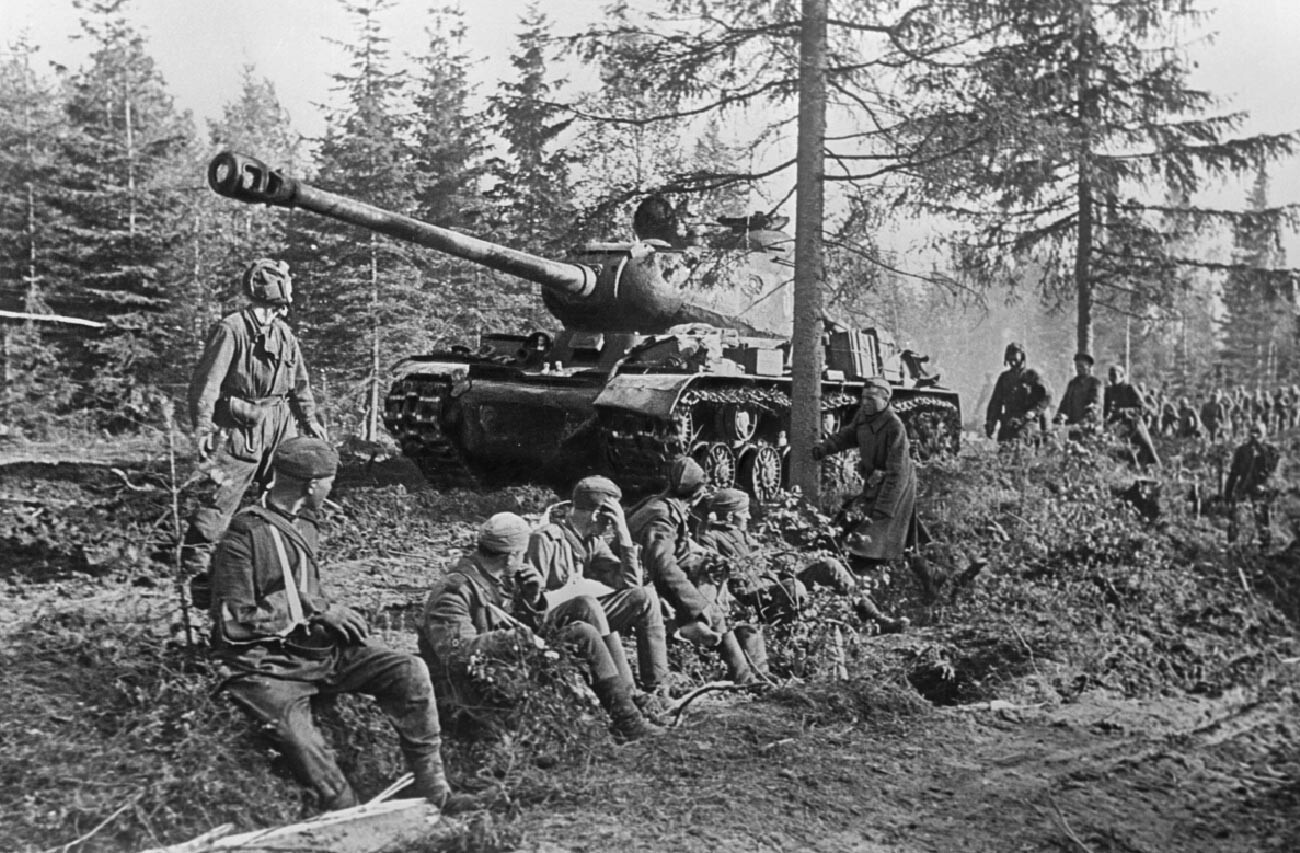 “Govorov decided to carry out the entire offensive operation with an advancement speed of 12 kilometers a day! This meant that the reinforced concrete belt deep inside [the enemy’s defenses] had to be breached almost on the move and Vyborg had to be taken 10-12 days after the start of the offensive. In the Soviet-Finnish campaign of 1939-1940, the same distance took 100 days to cover,” Bychevsky recalled. After a massive air strike and artillery preparation that lasted ten hours, the Soviet troops launched their assault. On June 20, just ten days after the start of the offensive, Vyborg was taken and, two days prior to that, General of the Army Govorov was awarded the rank of a Marshal of the Soviet Union. 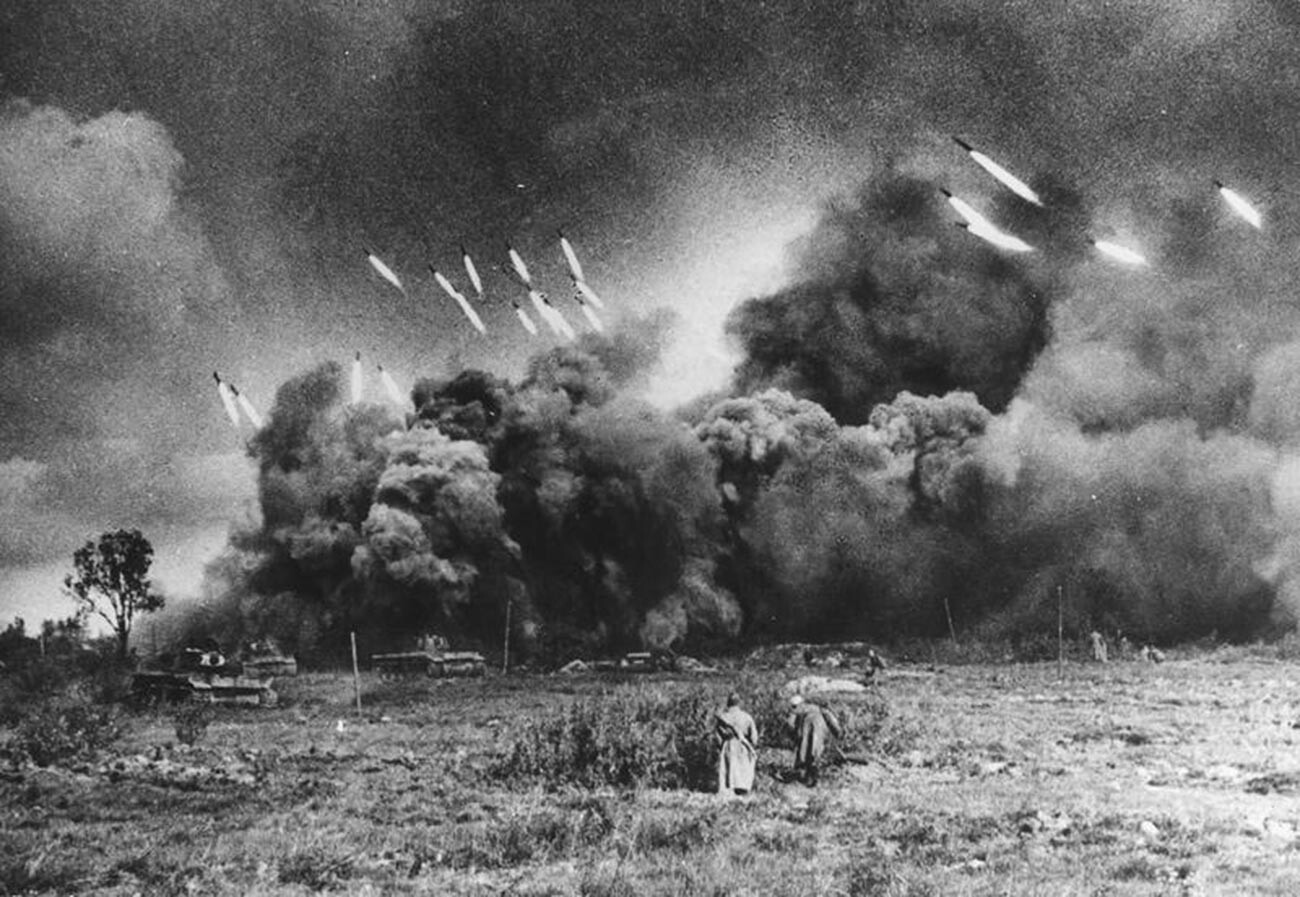 Govorov’s last battleground in WWII was in the Baltic region. By the end of the war, Germany’s Army Group Courland, blocked by the Soviet troops, still held its positions in western Latvia. It was only on May 9, 1945, that Leonid Aleksandrovich accepted the surrender of its commander, Colonel-General Carl Hilpert, thus completing the liberation of the territory of the Soviet Union from enemy troops. 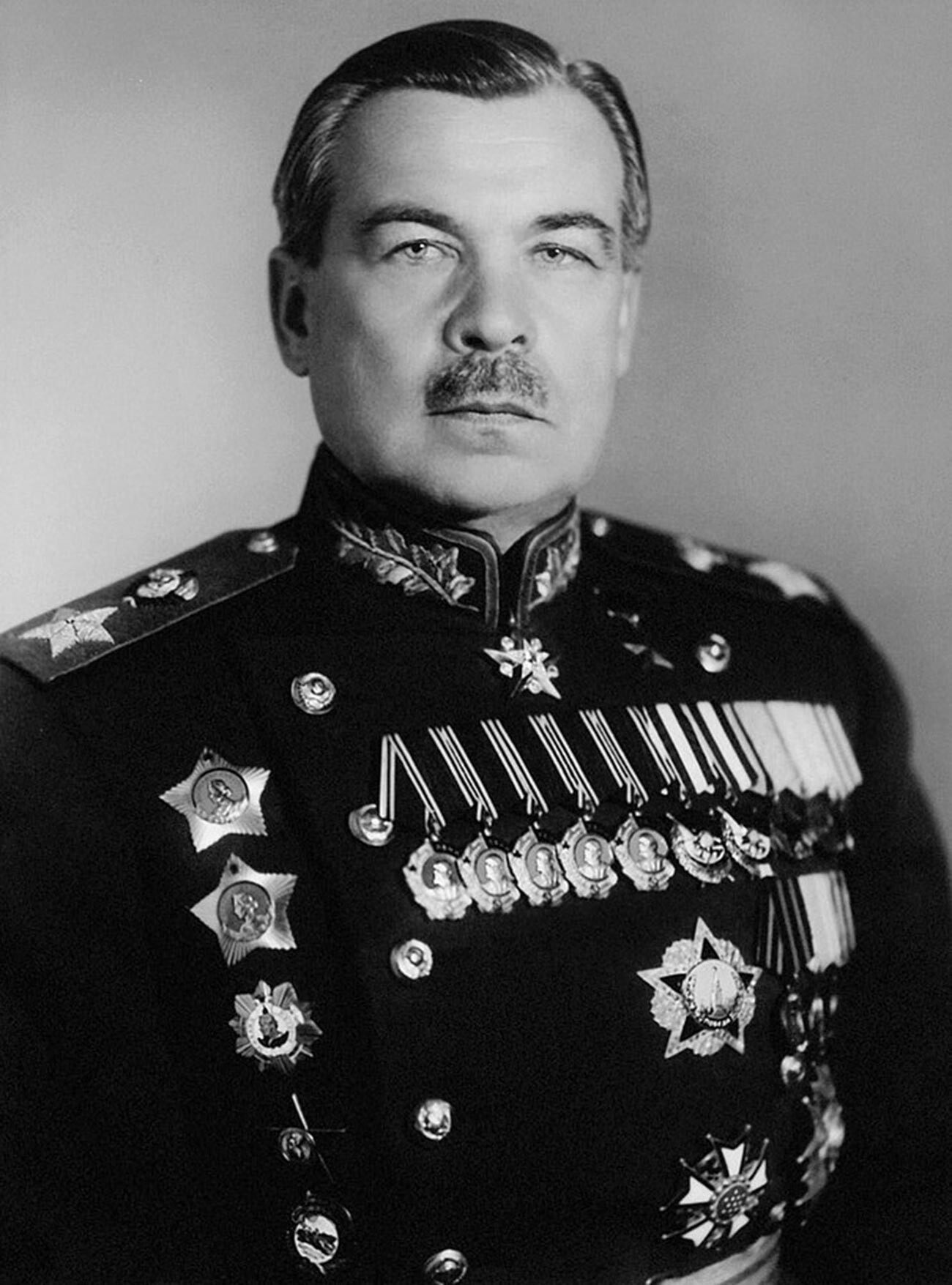