These are the most EXTRAVAGANT presents Stalin received (PHOTOS) 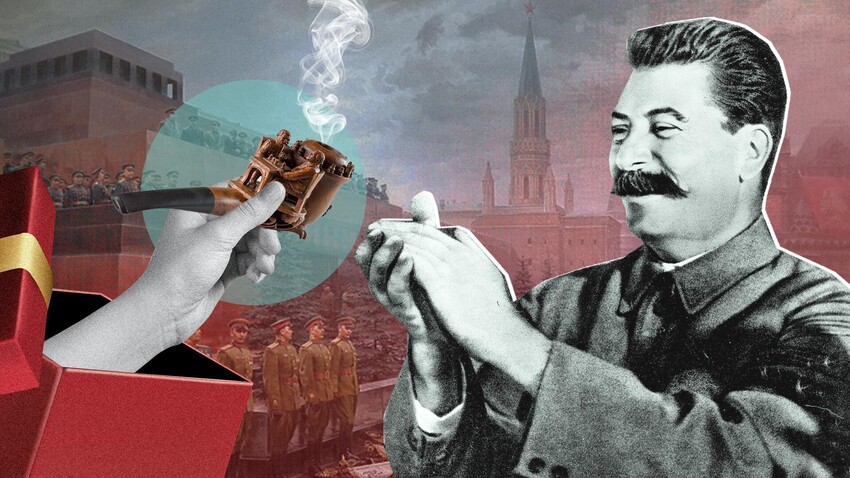 Kira Lisitskaya (Photo: Getty Images; Legion Media; Mikhail Khmelko/Tretyakov Gallery; The Sverdlovsk Regional Museum of Local Lore)
Tons of unique presents went into Stalin’s hands from all of the Soviet Republics and other countries, signifying the extent of the personality cult.

The personality cult of Joseph Stalin was so intense in the USSR that people were often ready to give away their most valuable possessions, only to please the “beloved father of the Soviet people”.

The most extravagant gifts were crafted all over the Soviet Union, as well as in other countries, like China, for example. In most instances, people went to great lengths and efforts to please the sole leader of the USSR.

On some occasions, there were so many of them that they were exhibited for public view. This happened on Stalin’s 70th anniversary on December 21, 1949.

In total, more than 23,000 presents were received and displayed at the exhibition. 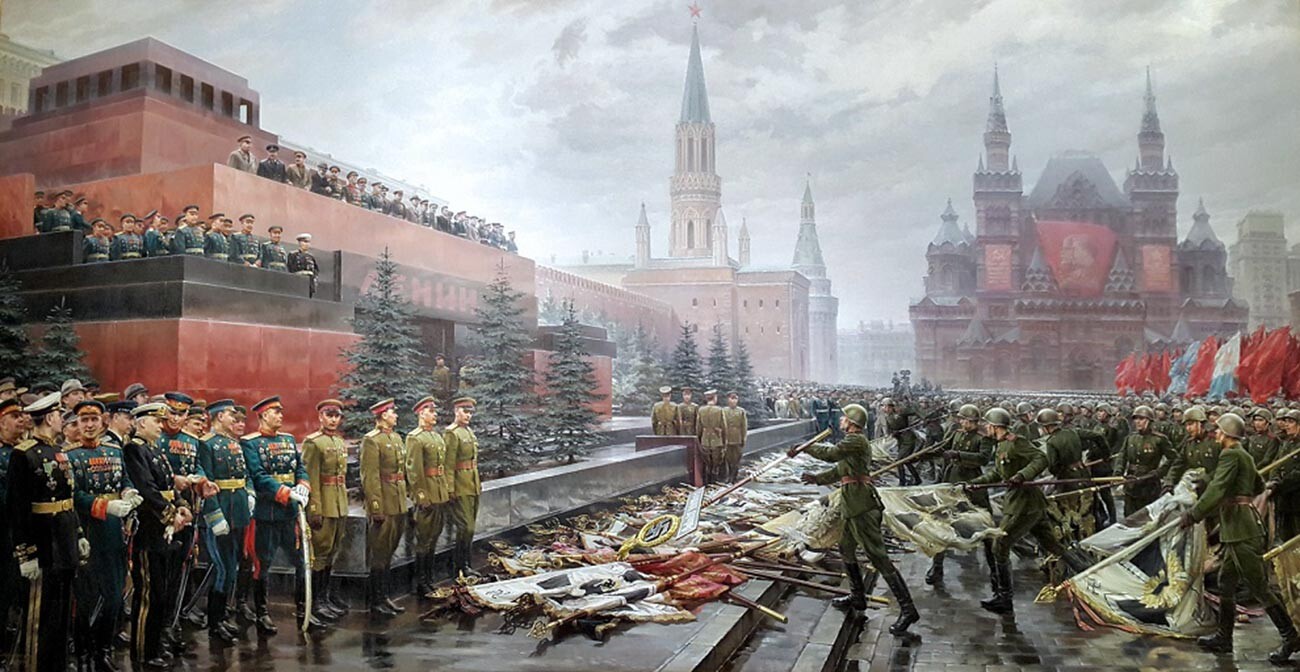 ‘The Triumph of the Victorious Motherland’ by artist Mikhail Khmelko

The leadership of the Ukrainian Soviet Republic sent Stalin an epic painting called ‘The Triumph of the Victorious Motherland’ by artist Mikhail Khmelko. The painting represented the historic Victory Parade of June 24, 1945, in striking detail. It depicted the scene where Soviet soldiers were throwing banners of defeated Hitler’s troops to the foot of the Lenin Mausoleum.

For his work, the artist was decorated with the Stalin Prize in 1950. Today, the painting is stored in the Tretyakov Gallery. 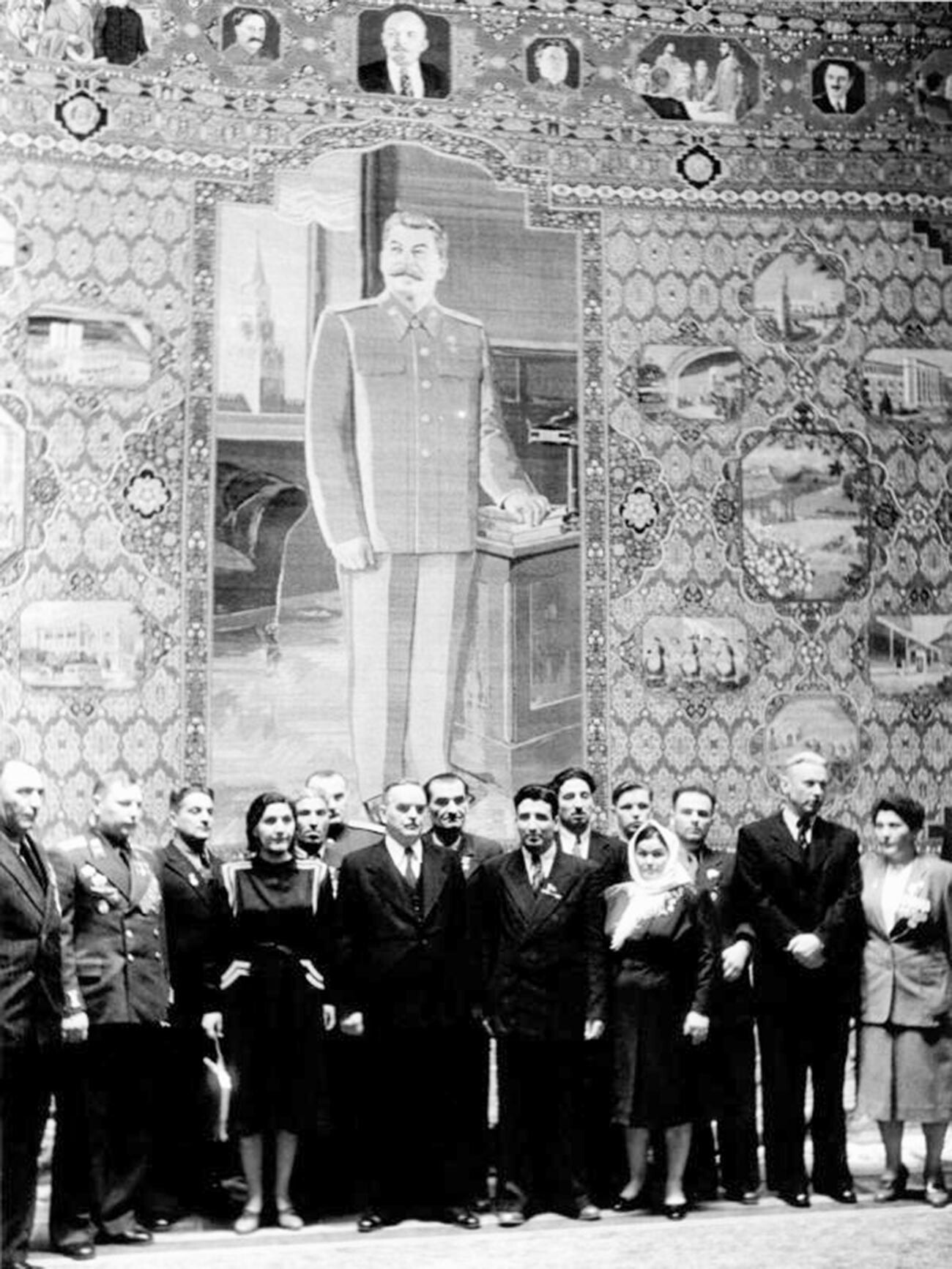 From Azerbaijan, Stalin received a handmade carpet that featured his portrait in the center. The carpet was giant: its size amounted to 70 square meters, it had 35 million knots and it was woven by 70 weavers! Today, the carpet is stored in the National Art Museum of Azerbaijan. 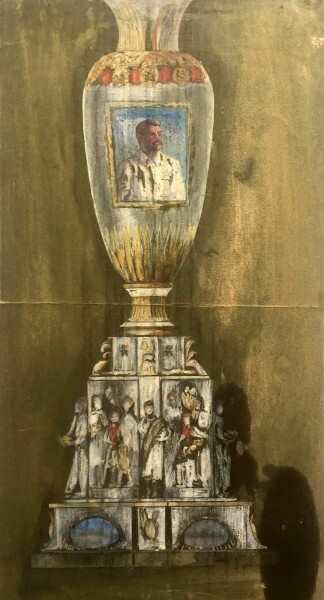 Workers of the Leningrad Art Glass Factory presented Stalin with a giant vase that was named the ‘Jubilee Vase’. The vase was 1,200 kg heavy and more than three meters tall. The vase that stood on a massive pedestal featured a portrait of Stalin and was decorated with ruby stars. 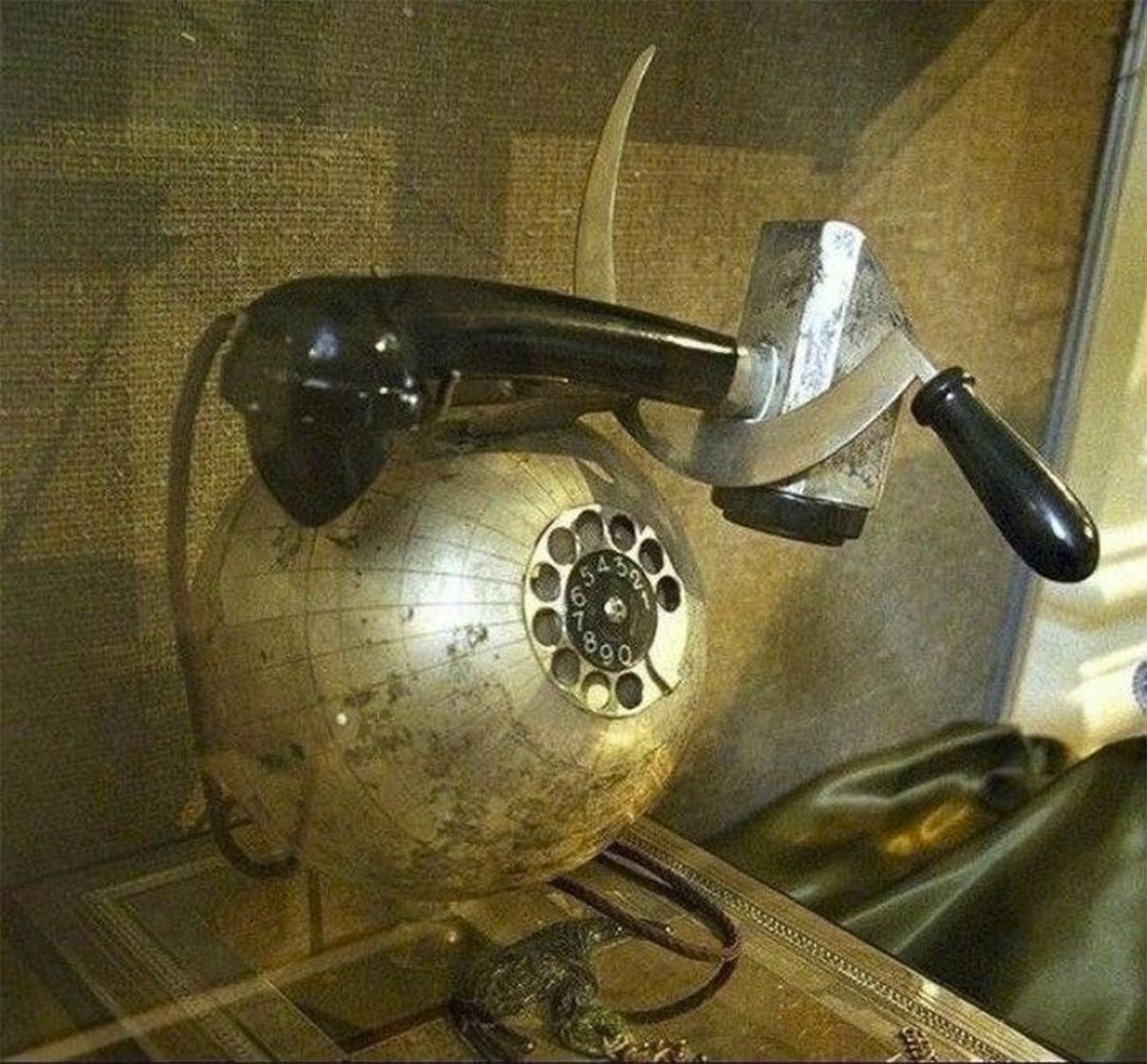 One of the most unusual presents, given by Polish aircraft workers from Lodz, was a phone made in the shape of a globe where the lever resembled a sickle and the phone receiver — a hammer: two symbols representing Soviet workers and peasants. As a result, the phone resembled the Soviet coat of arms. Stalin, however, never used it. 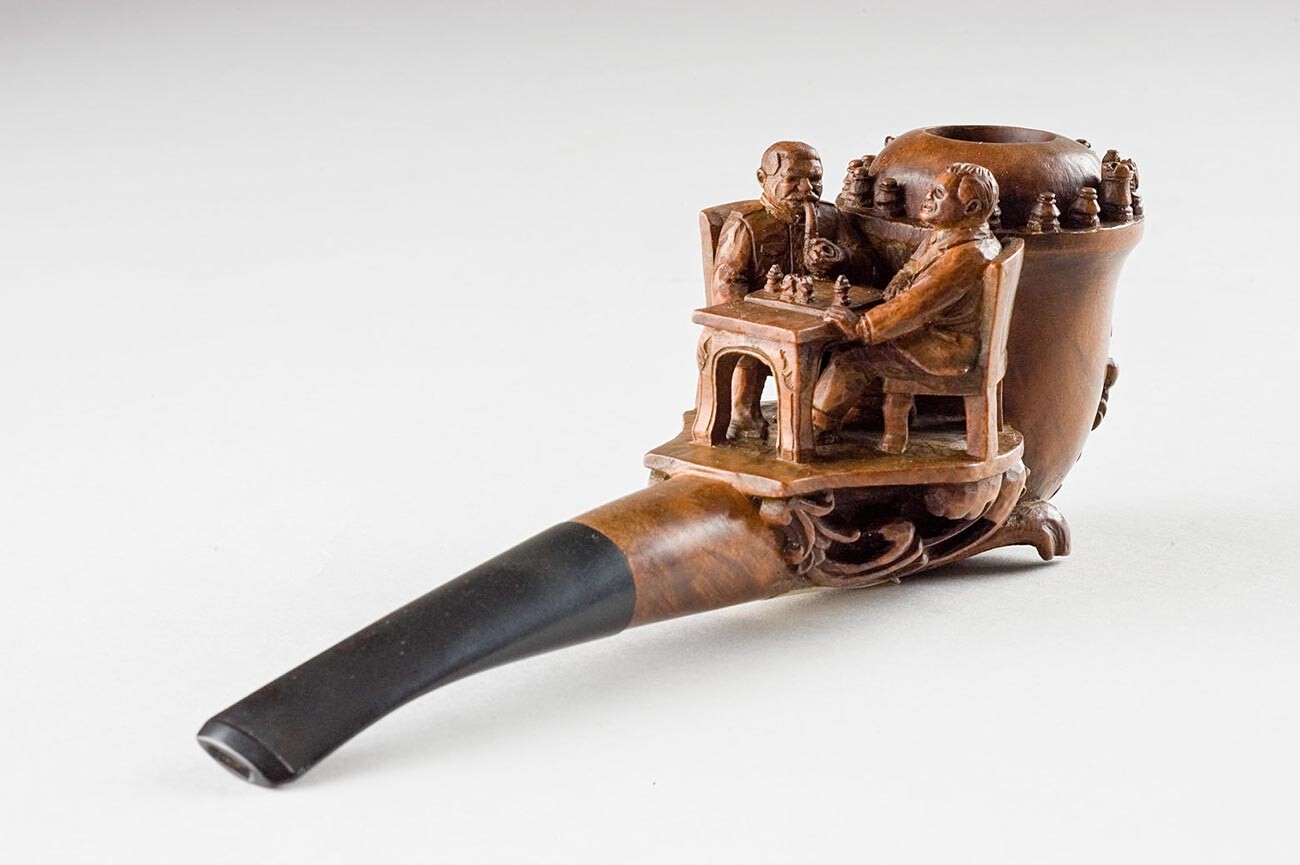 Stalin was known for his ardent love of smoking pipes. Once, he received a highly unusual pipe  from a group of U.S. chess players: it was masterfully decorated with carved figures of Roosevelt and Stalin sitting at a table and playing chess. 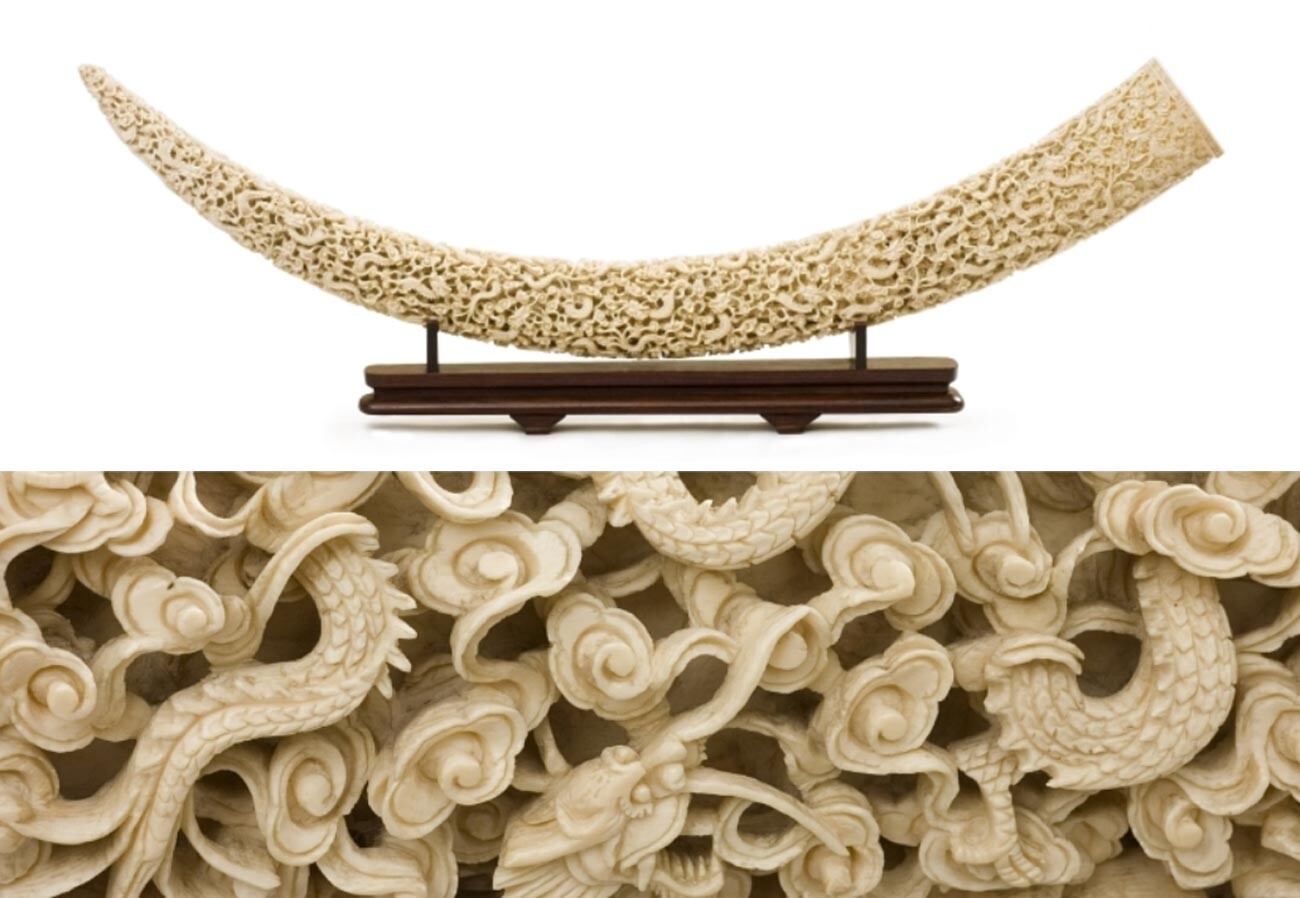 The presents that came from abroad on other occasions were just as impressive. For example, a government delegation of the People’s Republic of China to the USSR presented Stalin with an elephant tusk covered in a marvelous fine carving depicting a dragon in the clouds. 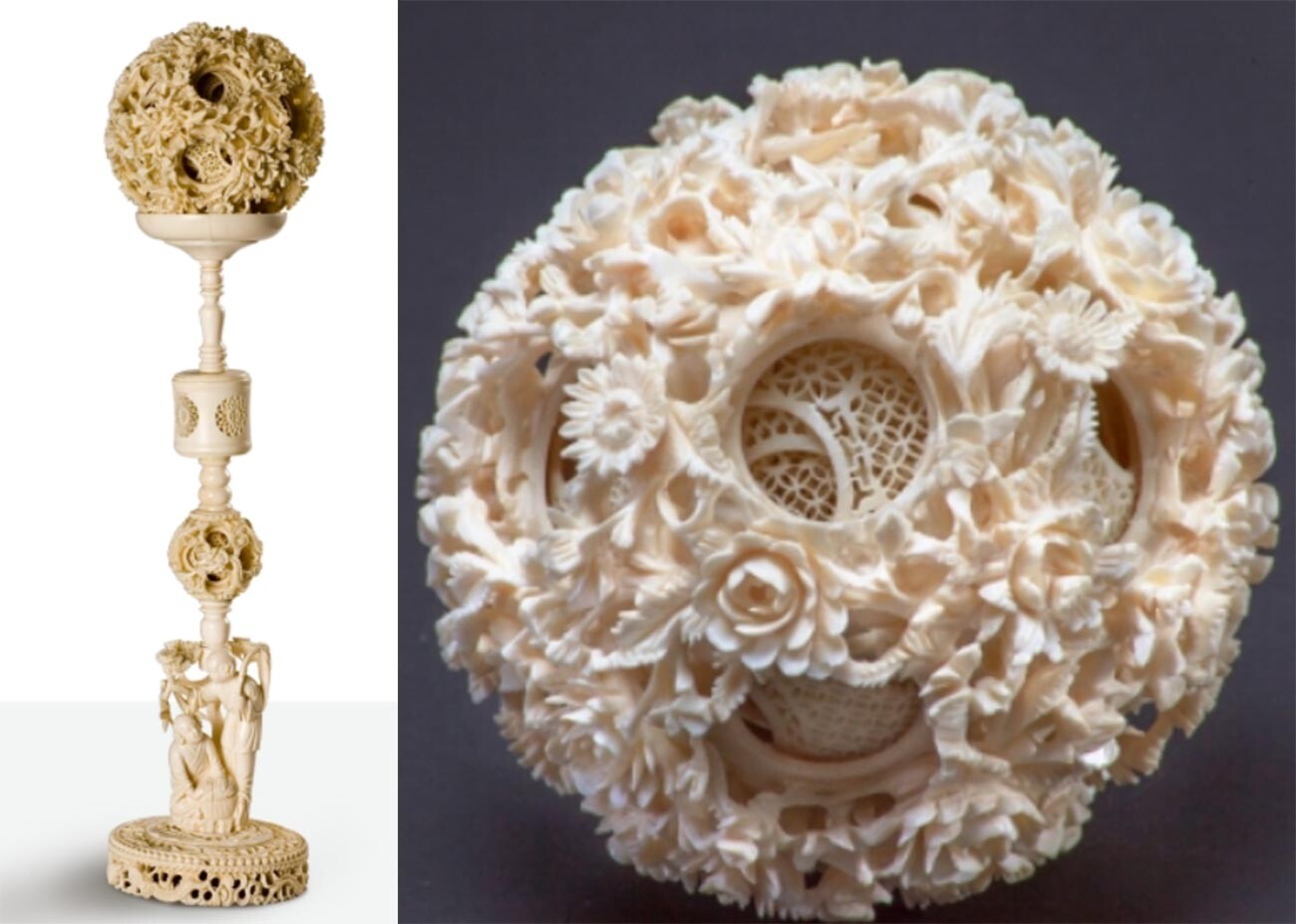 Another incredible present made of ivory was a Chinese gimmick called “A ball inside a ball”, made from a solid piece of ivory! The inner spheres are milled through holes in the outer spheres. Through the exquisite slit inside each sphere, a person can see increasingly smaller spheres. The diameter of the largest sphere, meanwhile, is only 10 cm. 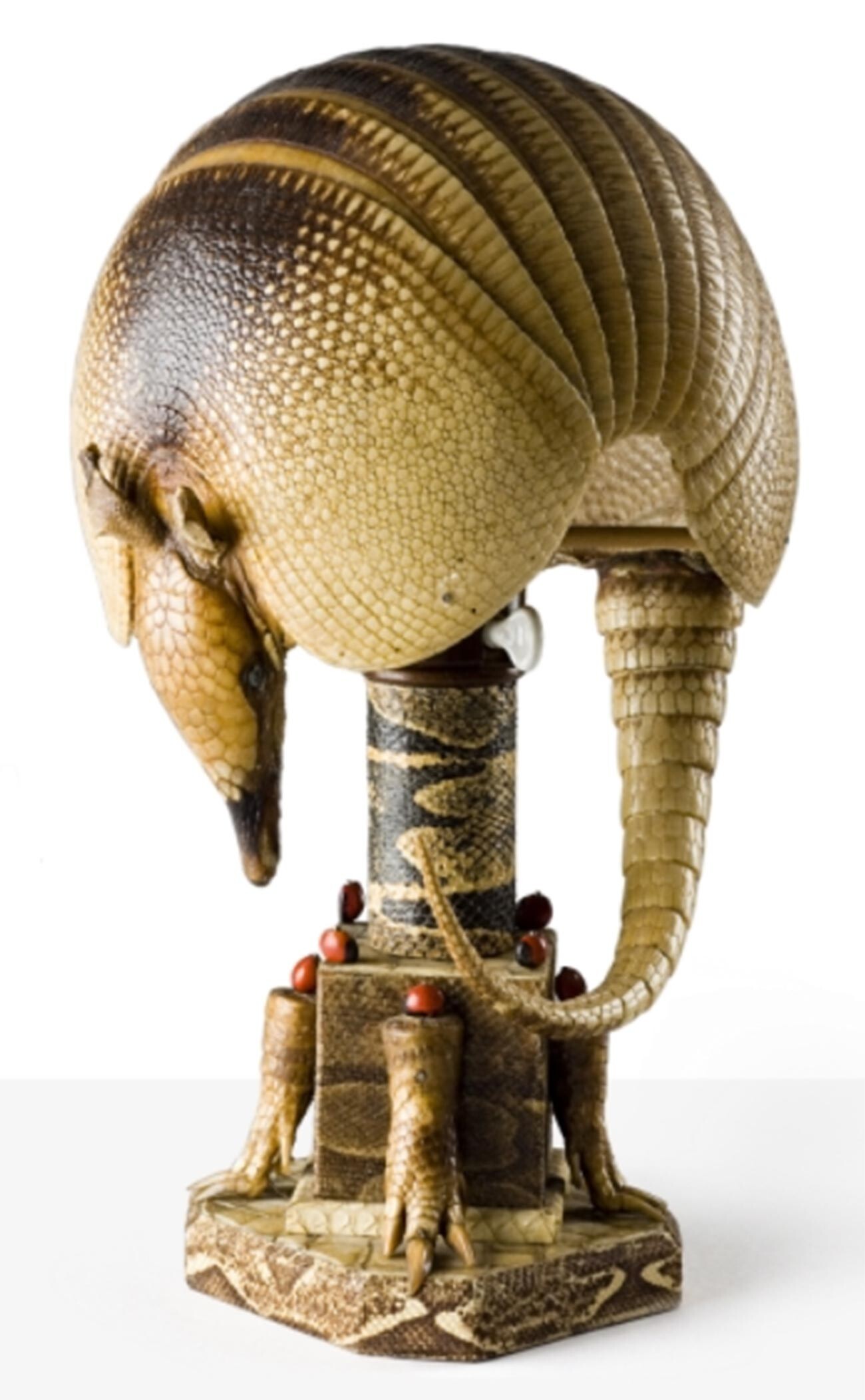 In 1949, Stalin received a present from an unnamed private individual from Brazil. The table lamp was made of armadillo shell and snakeskin. 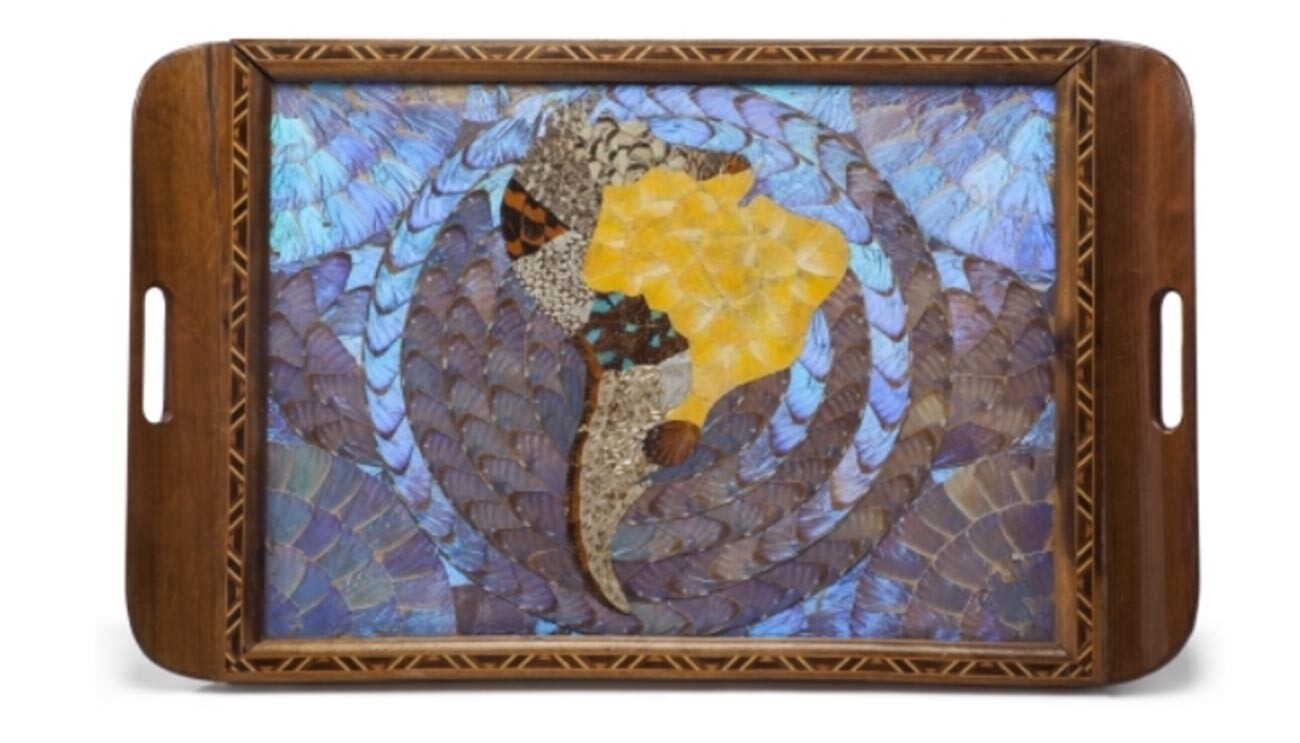 Among the presents Stalin received on his 70th anniversary was a tray featuring the map of Latin America made of the wings of Morpho Menelaus butterflies. 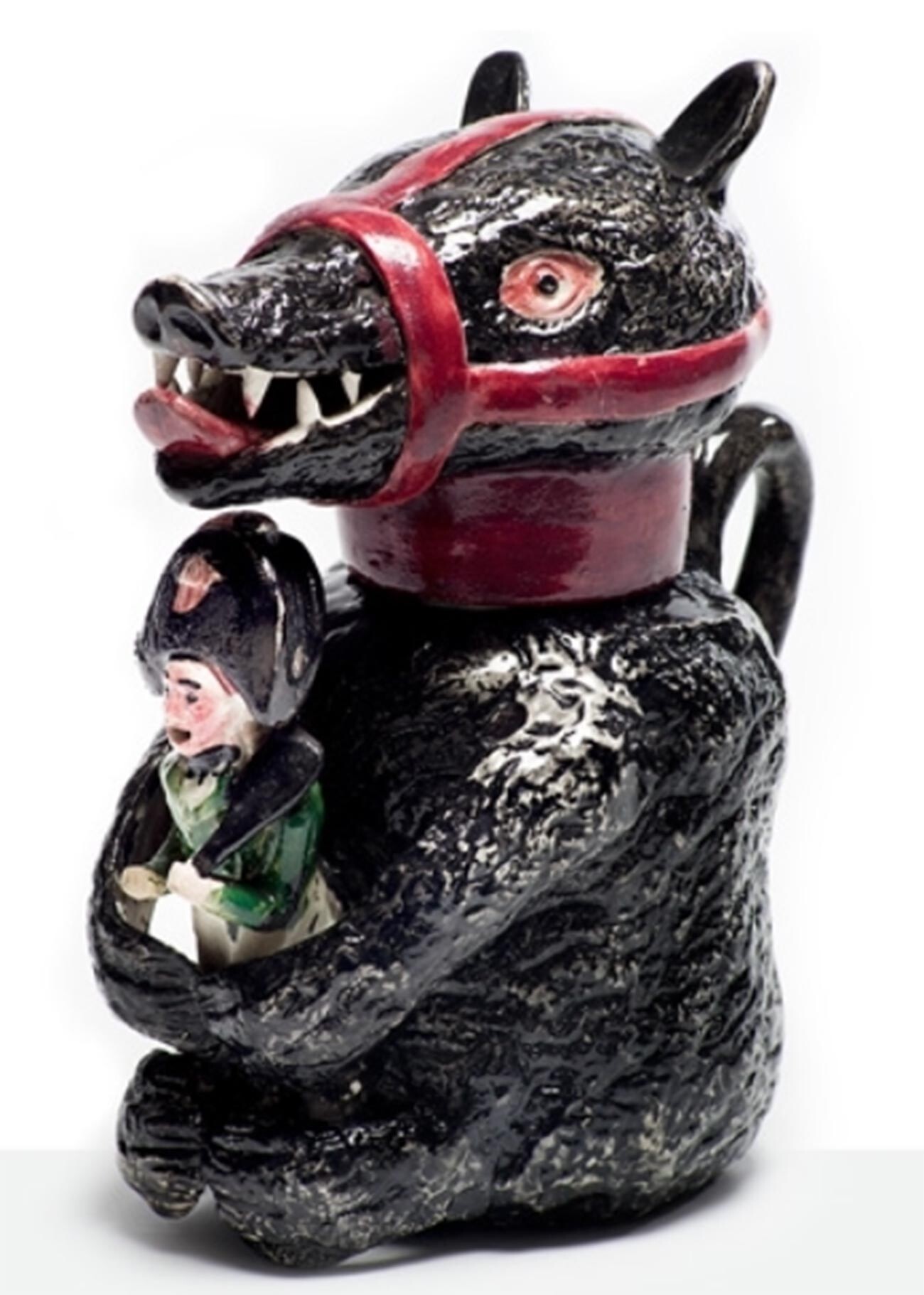 After Viscountess Nancy Astor, the first woman to be seated as a Member of Parliament in Britain, had met Stalin in 1931, she sent Stalin a unique present: it was a peculiarly ugly jug featuring a Russian bear holding Napoleon. The item might have been the only one produced, as there is no knowledge of a similar thing being in anyone’s possession. 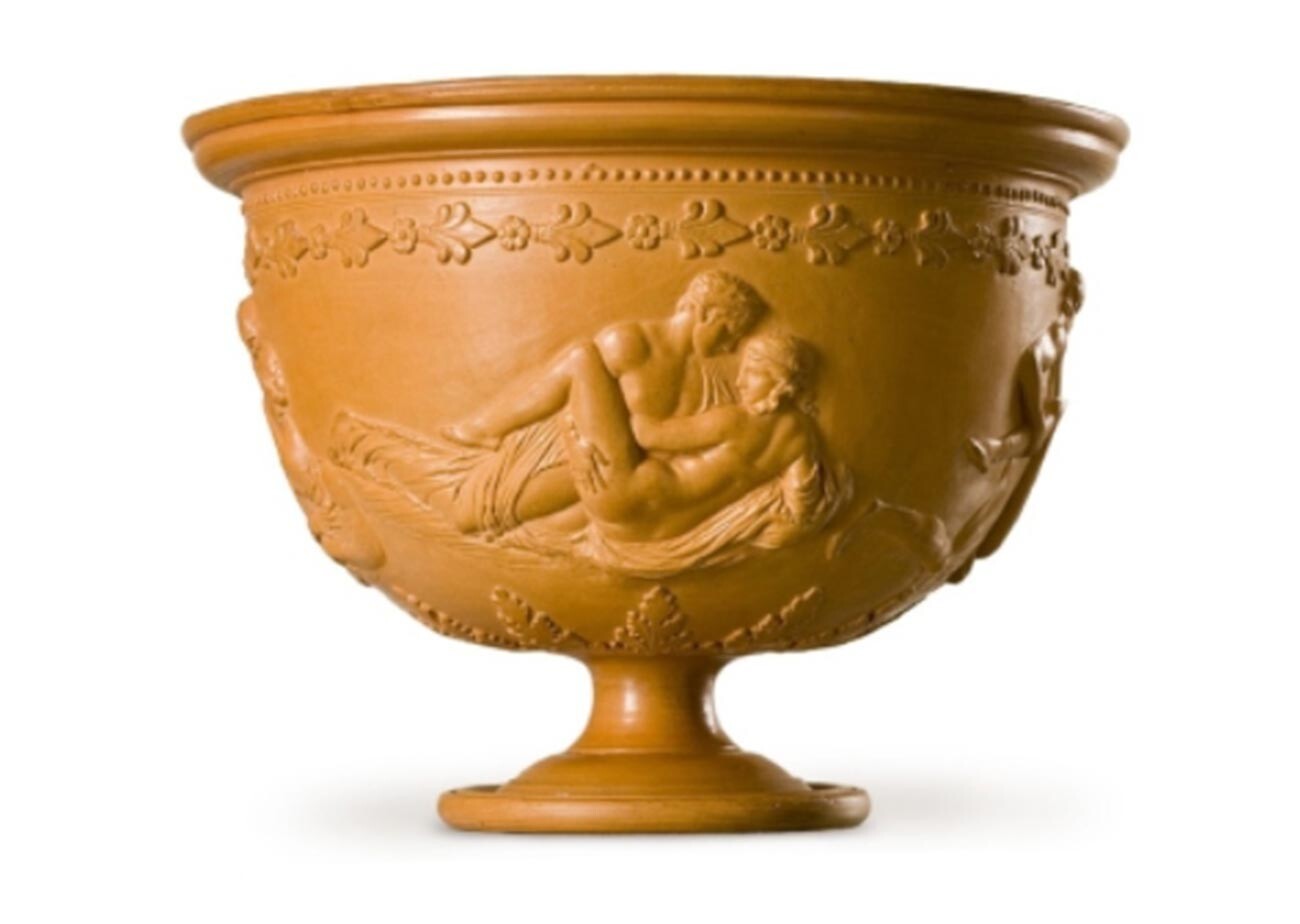 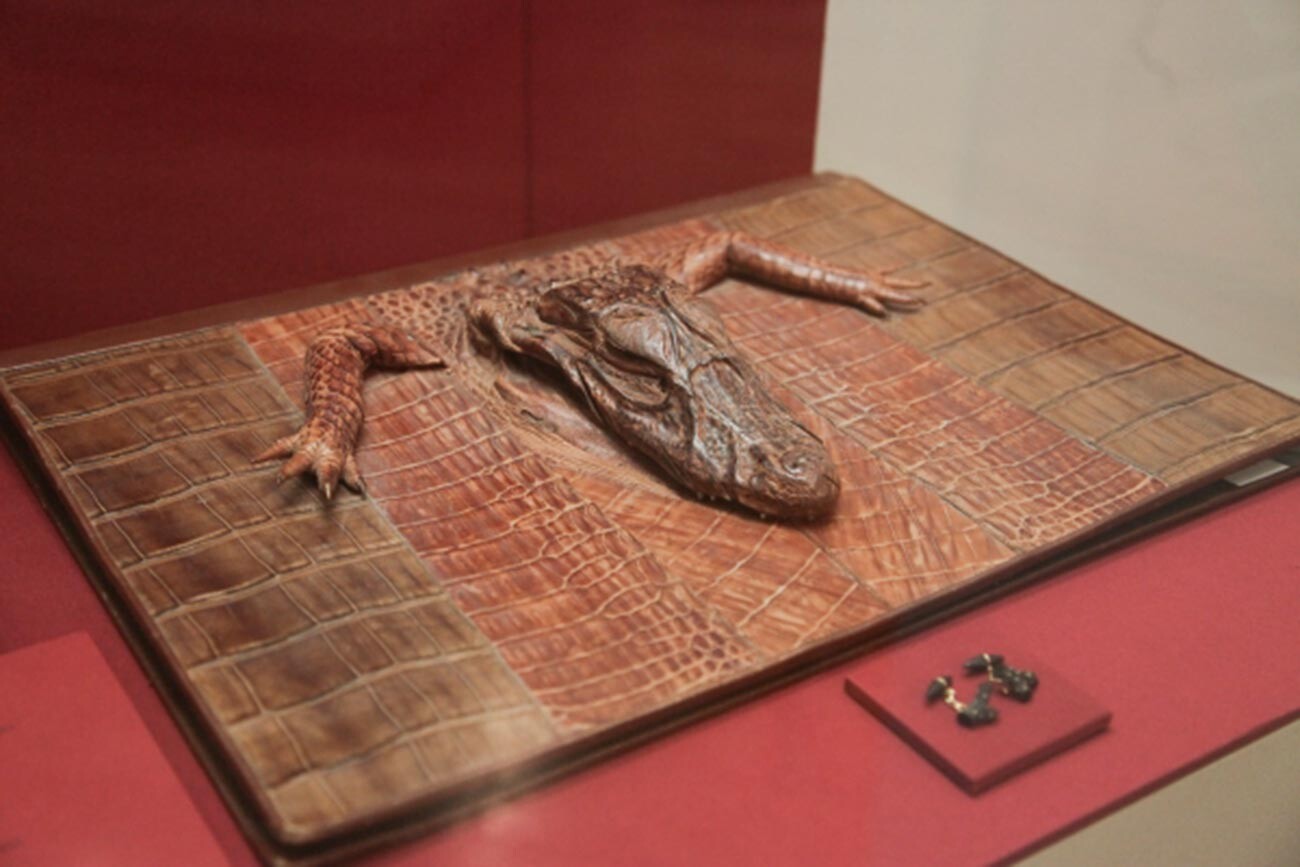 A gift to Stalin from Brazilian workers.

Click here to find out why Stalin was afraid of his mother.