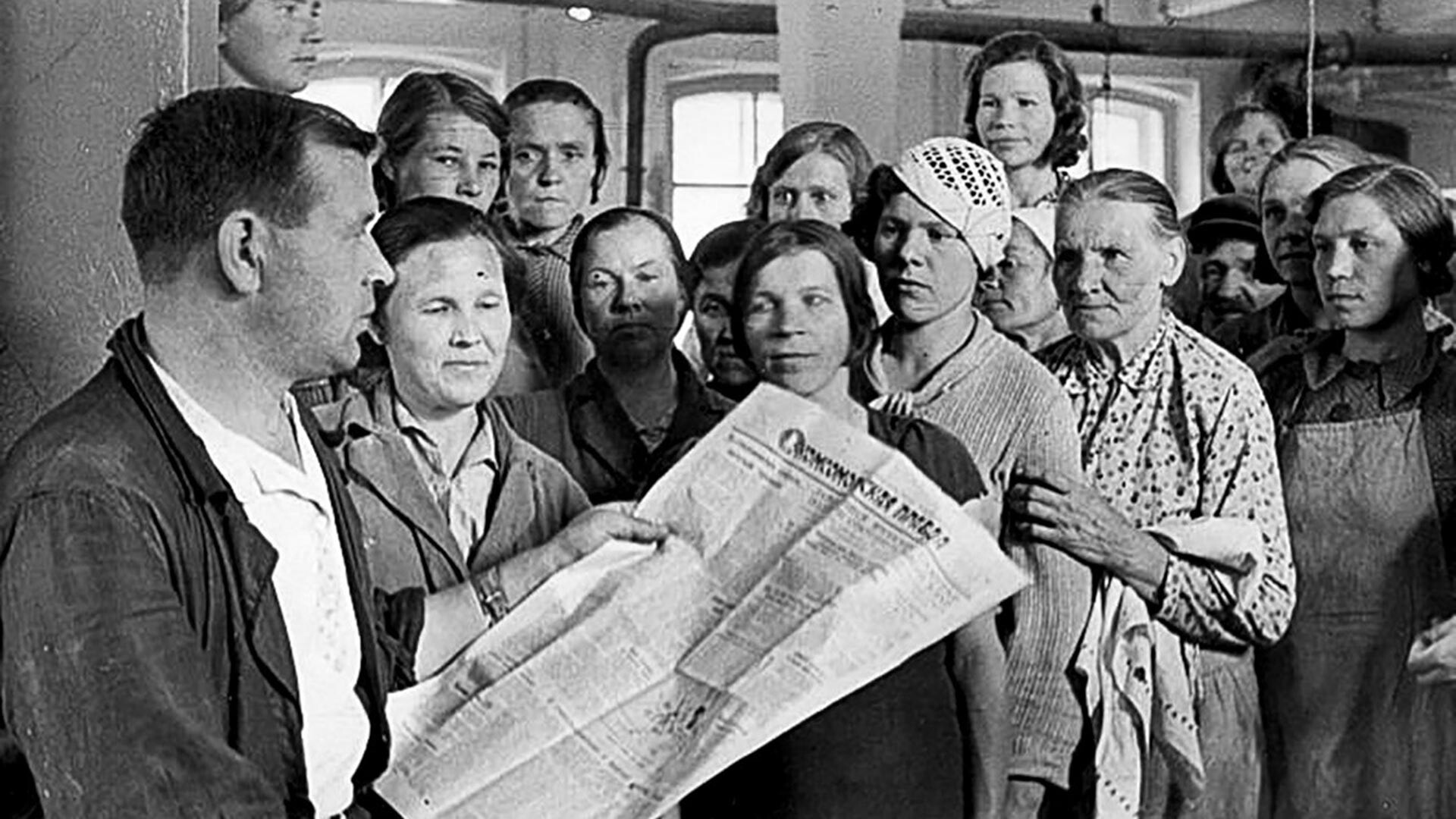 MAMM/MDF/russiainphoto.ru
Imagine that, instead of reading a fresh newspaper or a smartphone newsfeed, you receive a home visit from a specially trained person who tells you the news. Well, that was exactly how “spoken newspapers” worked in the Soviet Union in the 1920s.

By the time the 1917 Revolution struck, the number of Russians who could read and write stood at 20 percent. One of the Bolsheviks’ main objectives was eradicating illiteracy, which they’d been working on since 1919. But, in order to teach people how to read, you needed time - so propaganda had to work rapidly. For it was the illiterate population - the workers, peasants, soldiers - who were the prime target audience. But there was another problem in those early years: there was an acute shortage of printing resources. That is how the ingenious idea of the “spoken newspaper” came about. 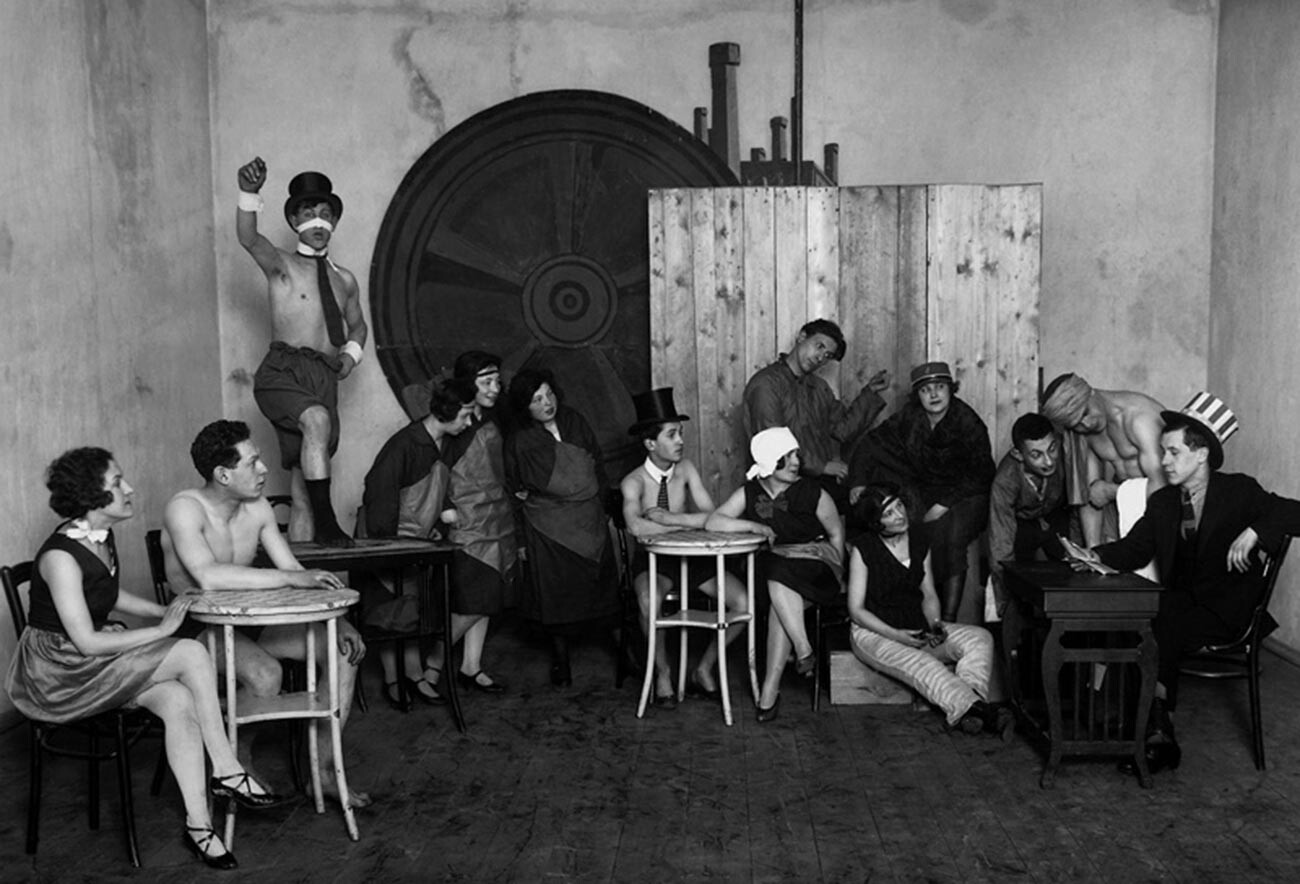 The precursor to the appearance of such a thing was the catastrophic shortage of paper during the Civil War. 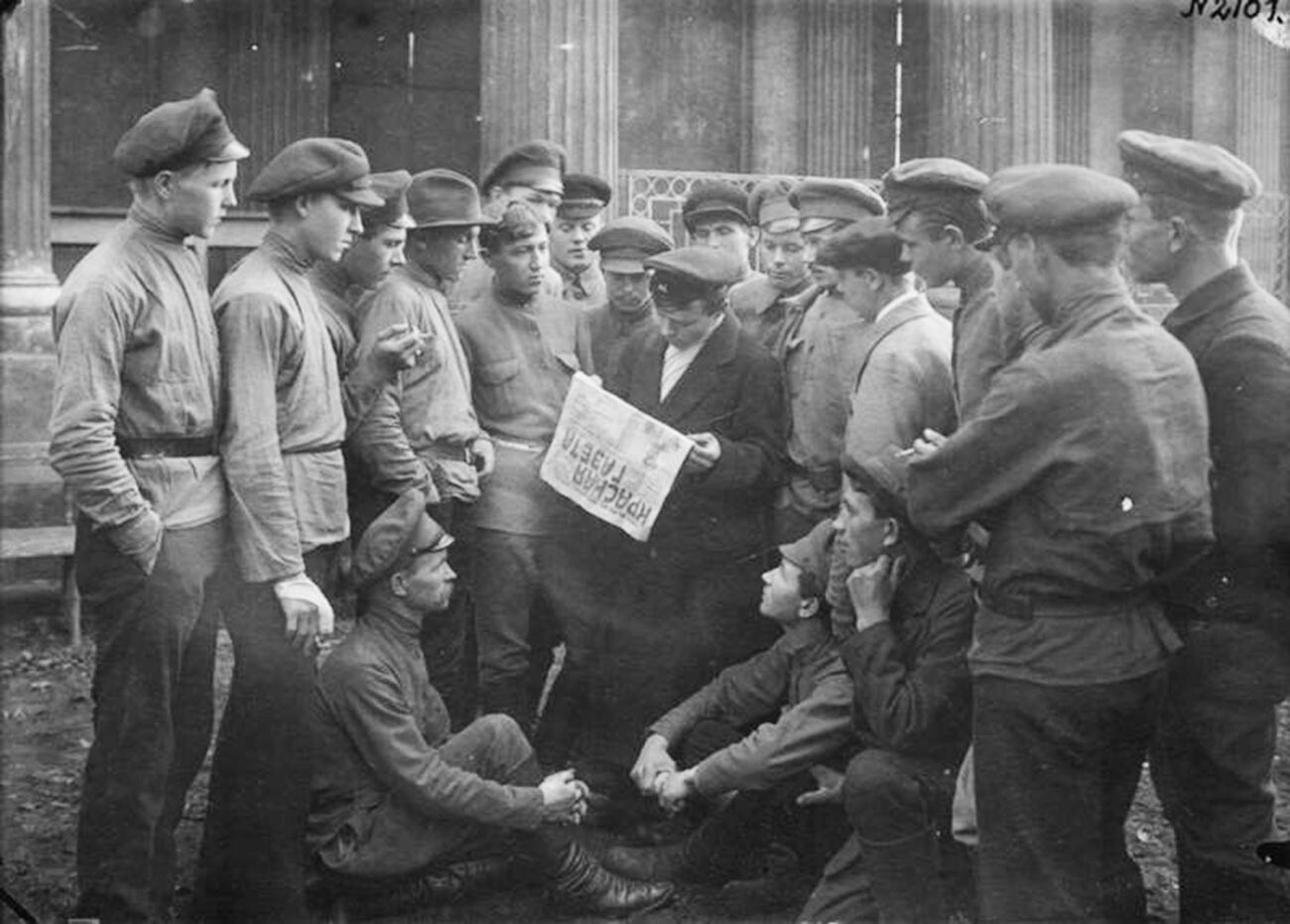 At first, the revolutionary Bolshevik newspapers were simply read out loud in front of large groups of people. In the first professional Soviet magazine, ‘The Red Journalist’, one could find lots of content on the so-called spoken newspapers, where editors would share tips and discuss what worked and what didn’t. 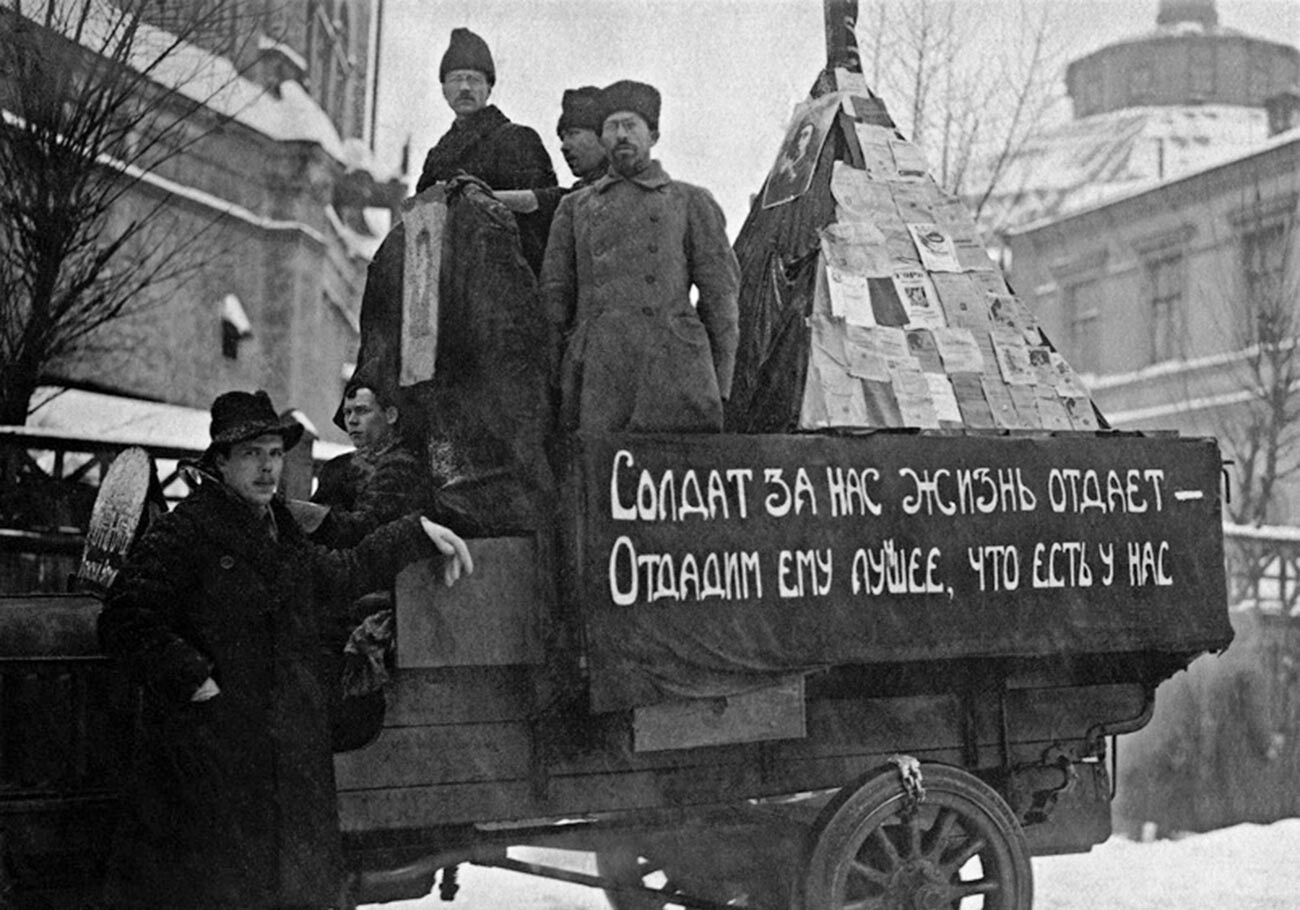 For instance, in Smolensk, the “papers” would be read out in the central park. They contained, among other things, topical columns, as well as a selection of news. However, the editors would soon notice that satire achieved a particularly strong response with the audiences, as well as things like humor and poetry. The maximum recommended time for a reading was one hour - no more. 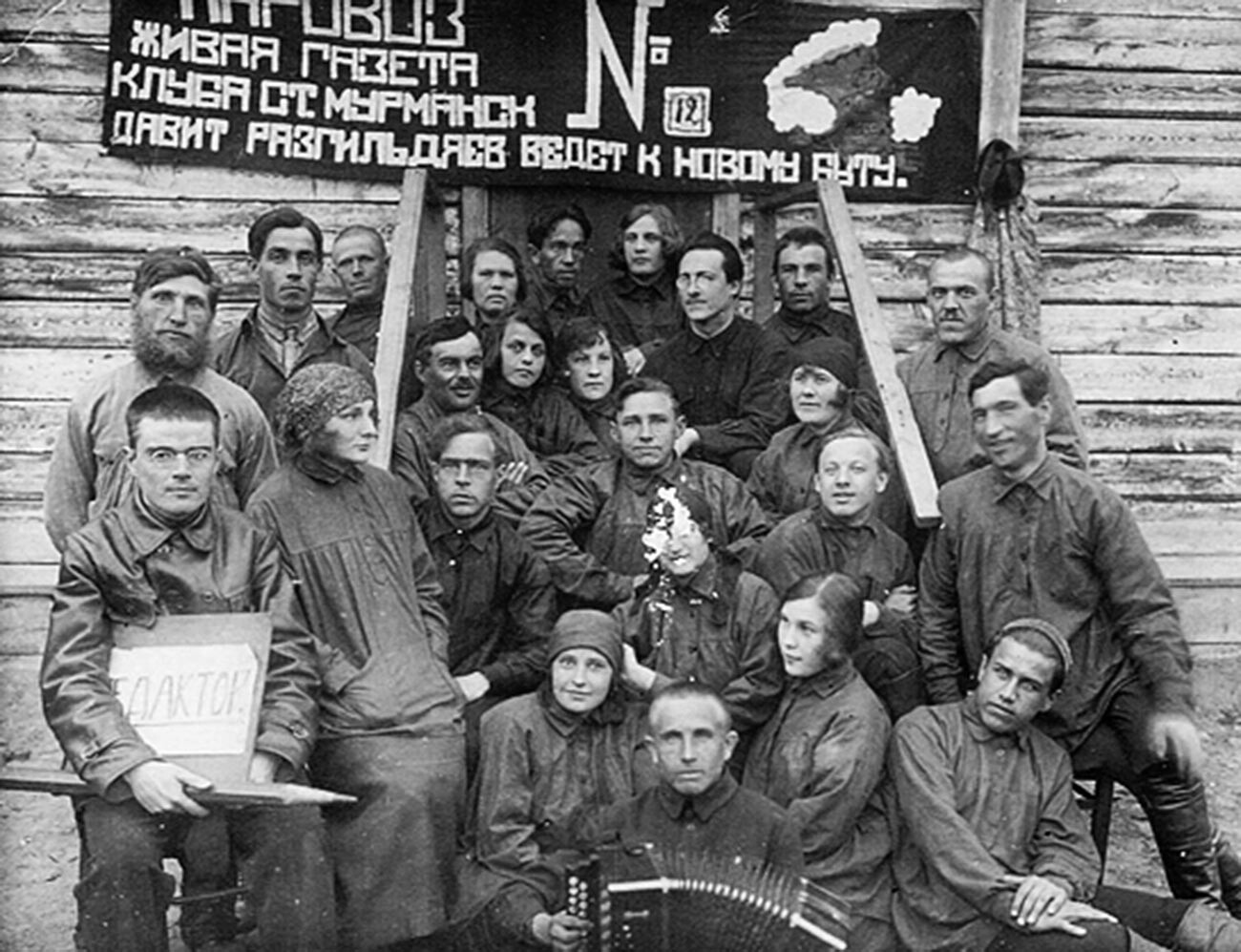 In time, it became clear that regular newspaper material was too difficult for auditory digestion and it must be specially edited for reading. Moreover, only a truly skilled orator could be trusted with the reading. Propaganda trains and cars would soon be seen across the country, showing movies, carrying out readings, issuing ideological appeals and spreading the news about the victory of the Reds. 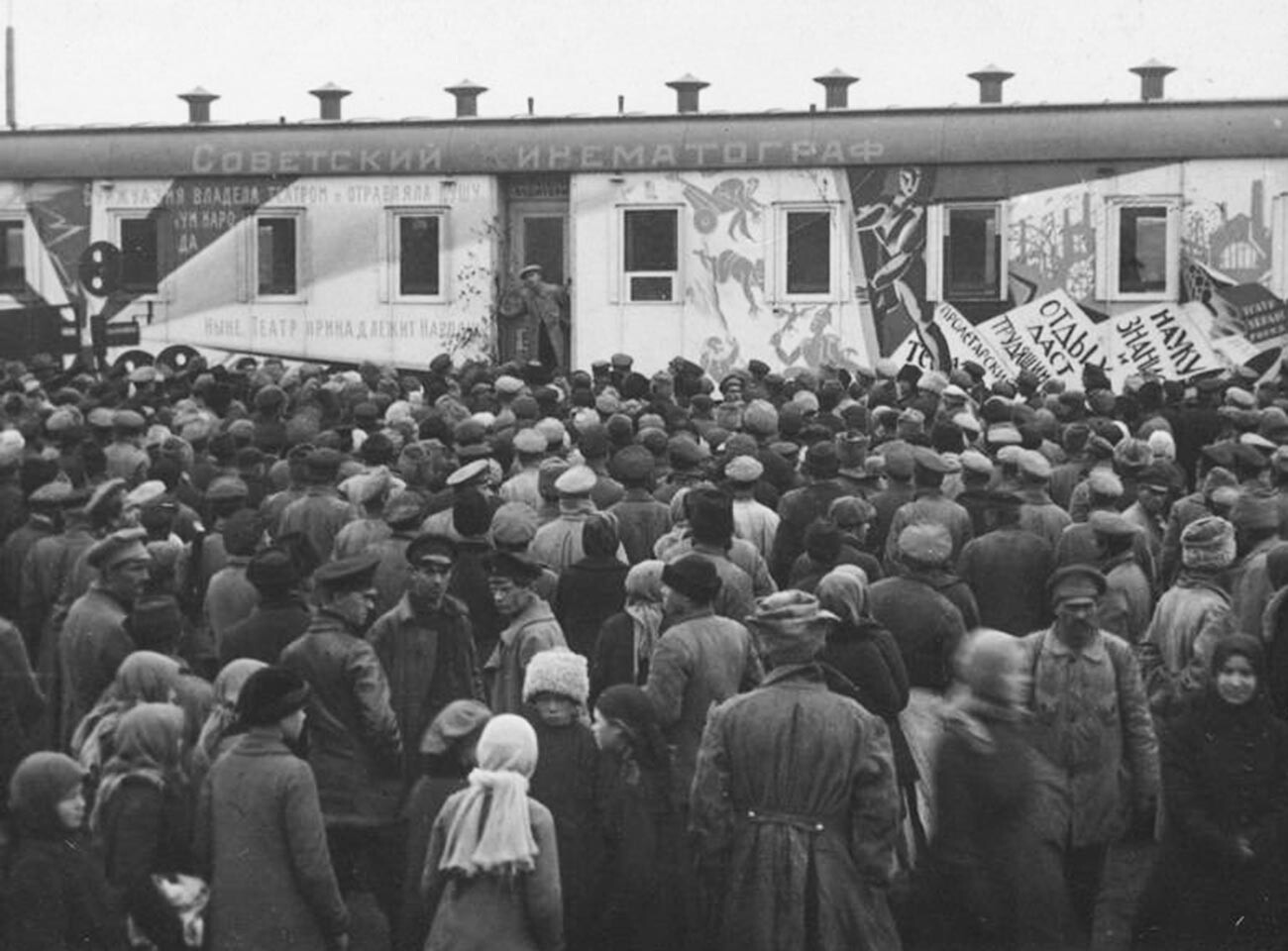 However, even after the materials were edited for reading, soldiers, for example, would often begin to doze off, in a manner of speaking. That is how spoken newspapers evolved into “live” newspapers - an entire theatrical performance. 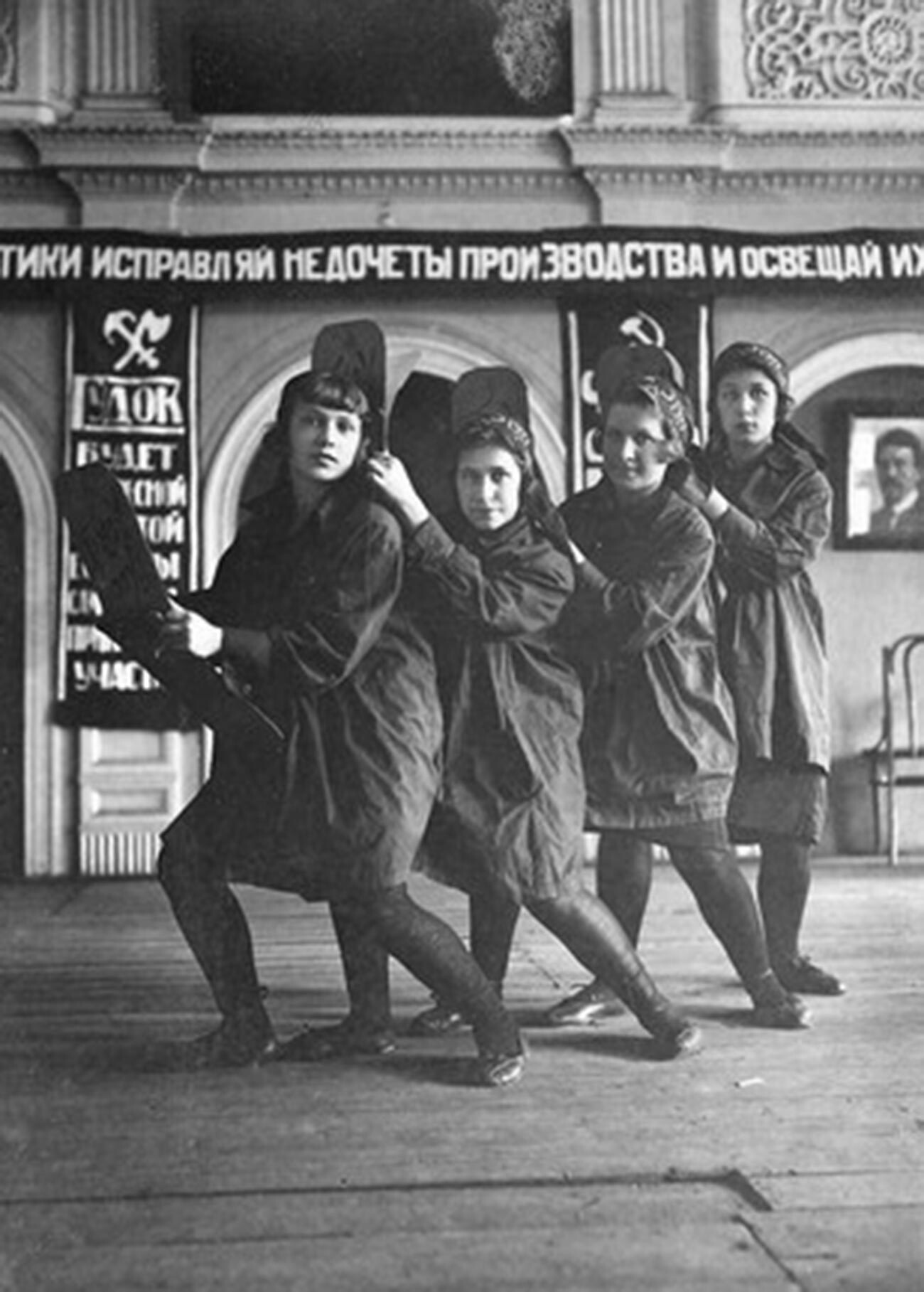 Self-made actors would act out scenes, attempting to depict clearly how awful the enemy (the bourgeoisie) truly was, and why we must all fight him. They sang songs, performed rhymes, choreography and other things. 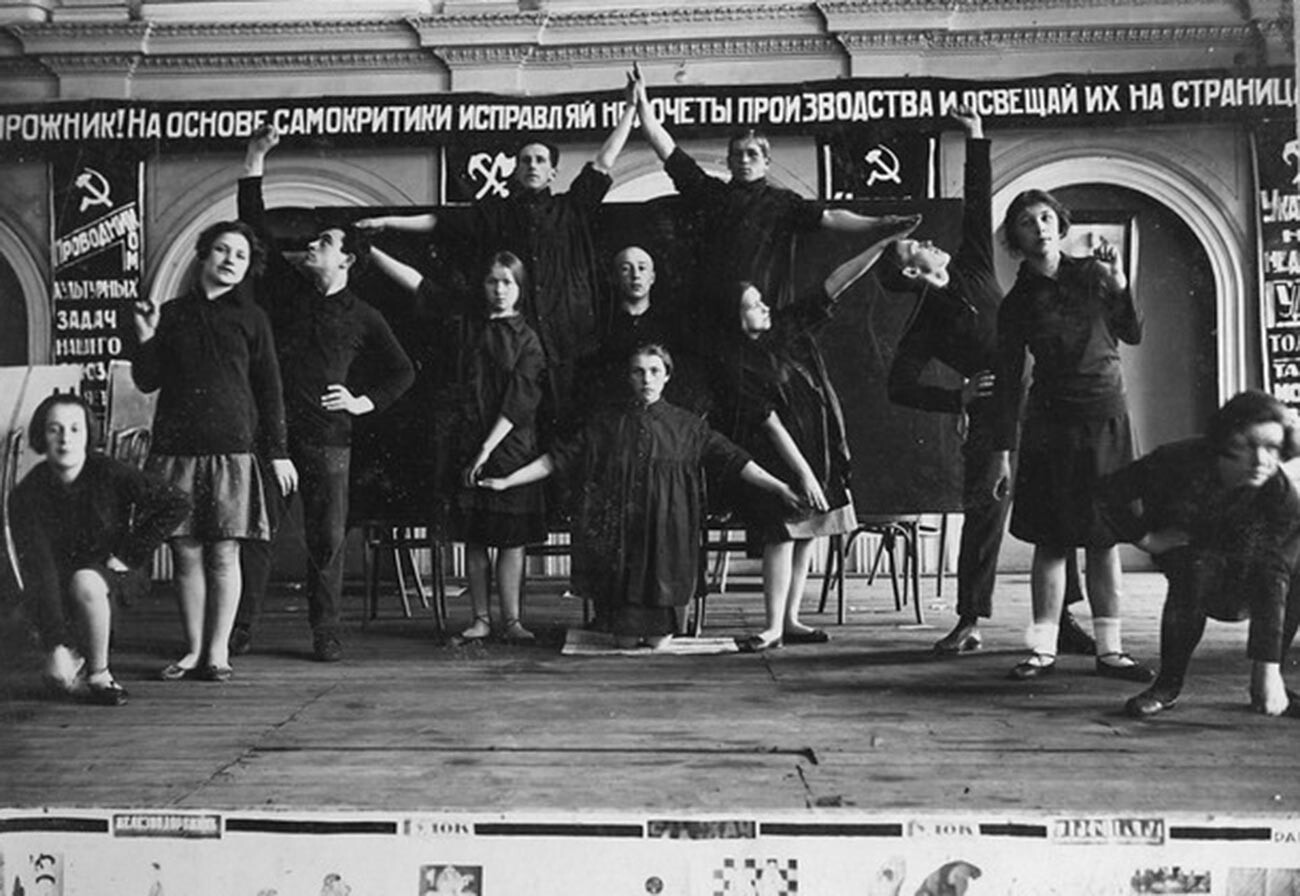 The new phenomena really took off. So much so that “live newspapers” had existed up until the 1930s. Entire amateur theatrical collectives had appeared, performing them. With time, the productions became more complex, both in terms of the content and stage decorations. 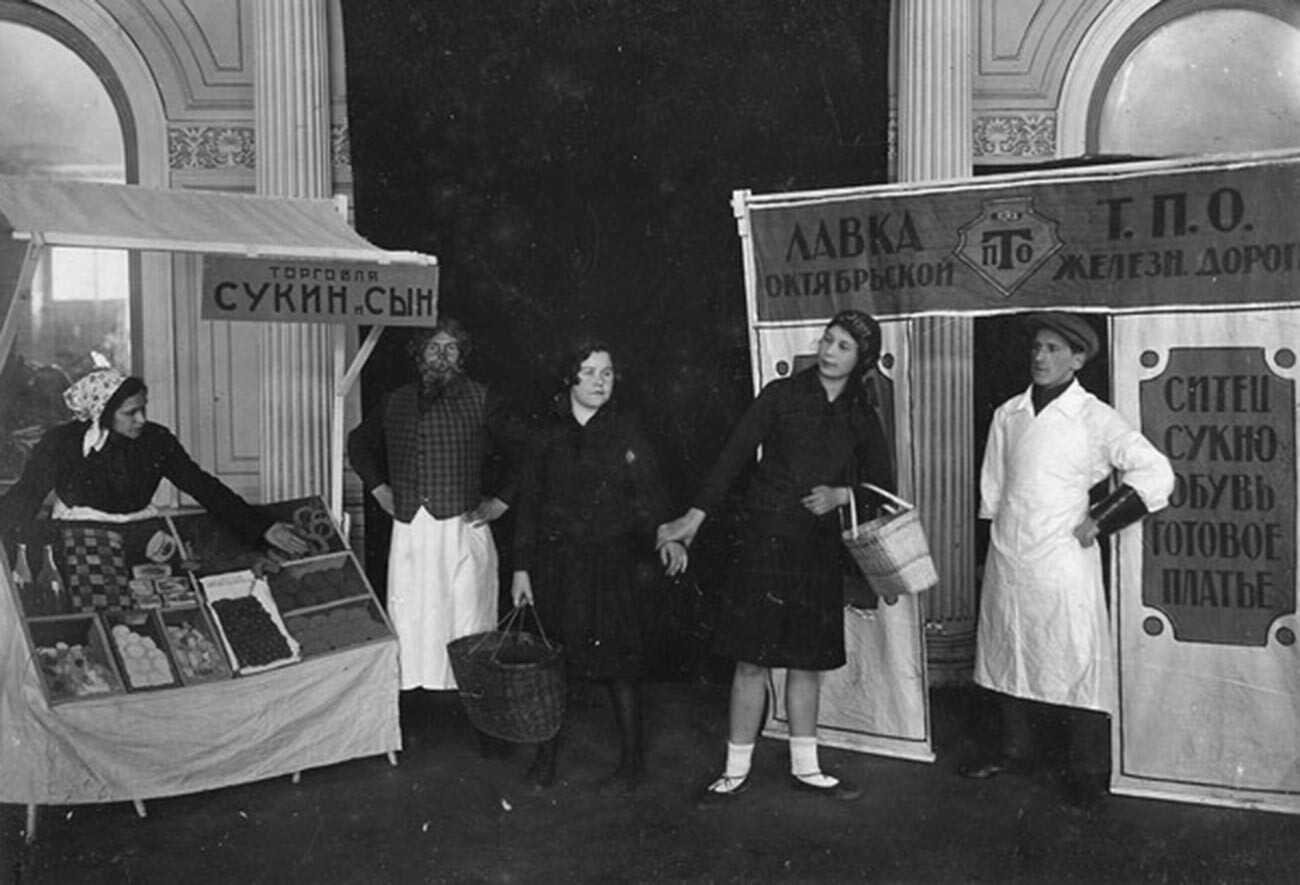 “Live” newspapers also had the important mission to relay practical information. Some had to do with newly enacted sanitary norms or treatment of new infectious diseases and so on. Typhus and cholera raged in Russia at the time, so the agit-brigades would often focus on the issues of combating them: these included the importance of eradicating lice, airing out closed spaces and drinking only clean water. All the material would be delivered in folk-style singsong. 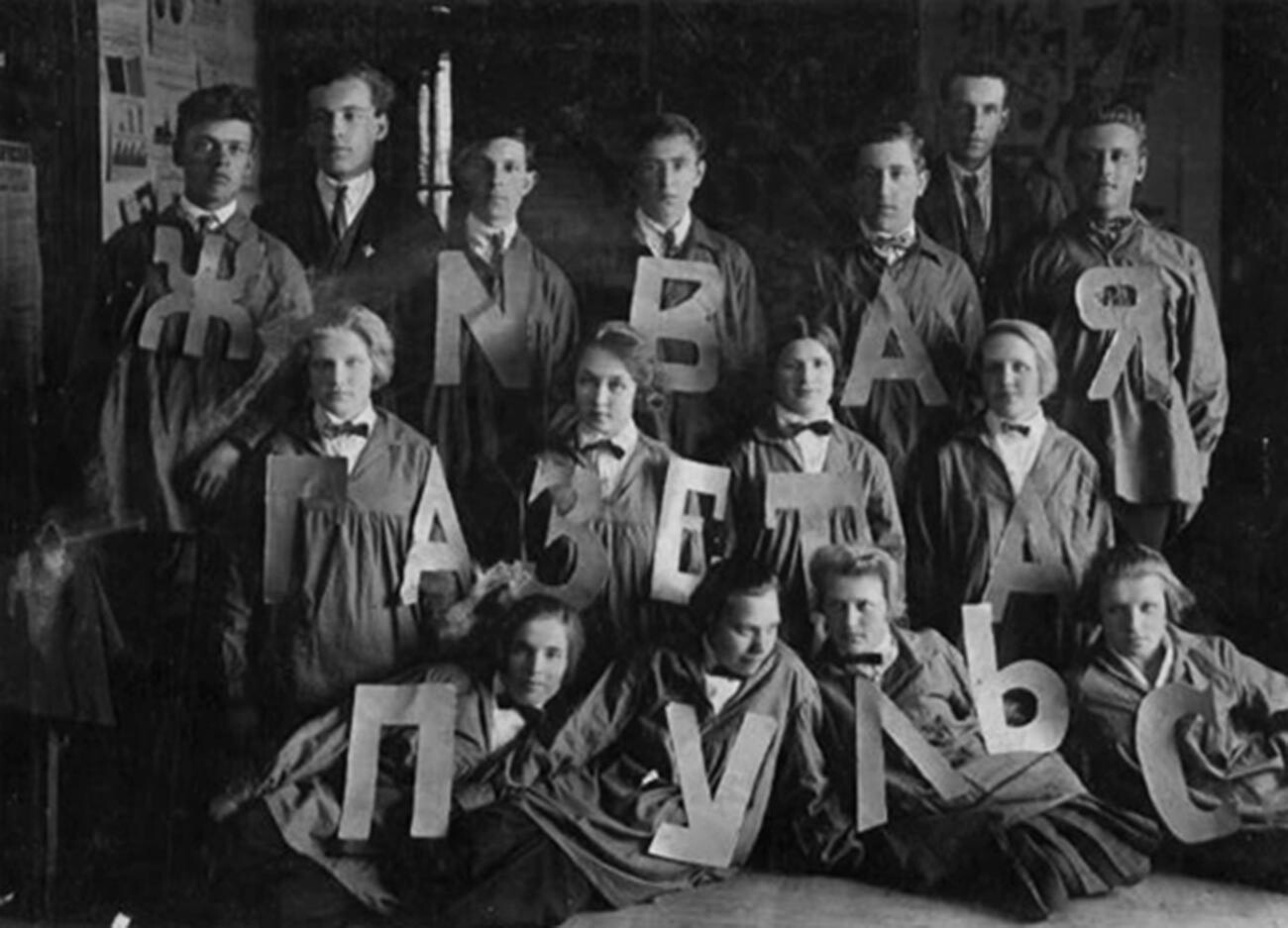 “Struck by goiter, holding your breath -
Read the newspaper
Only truth, and not myth
In it you will find.” 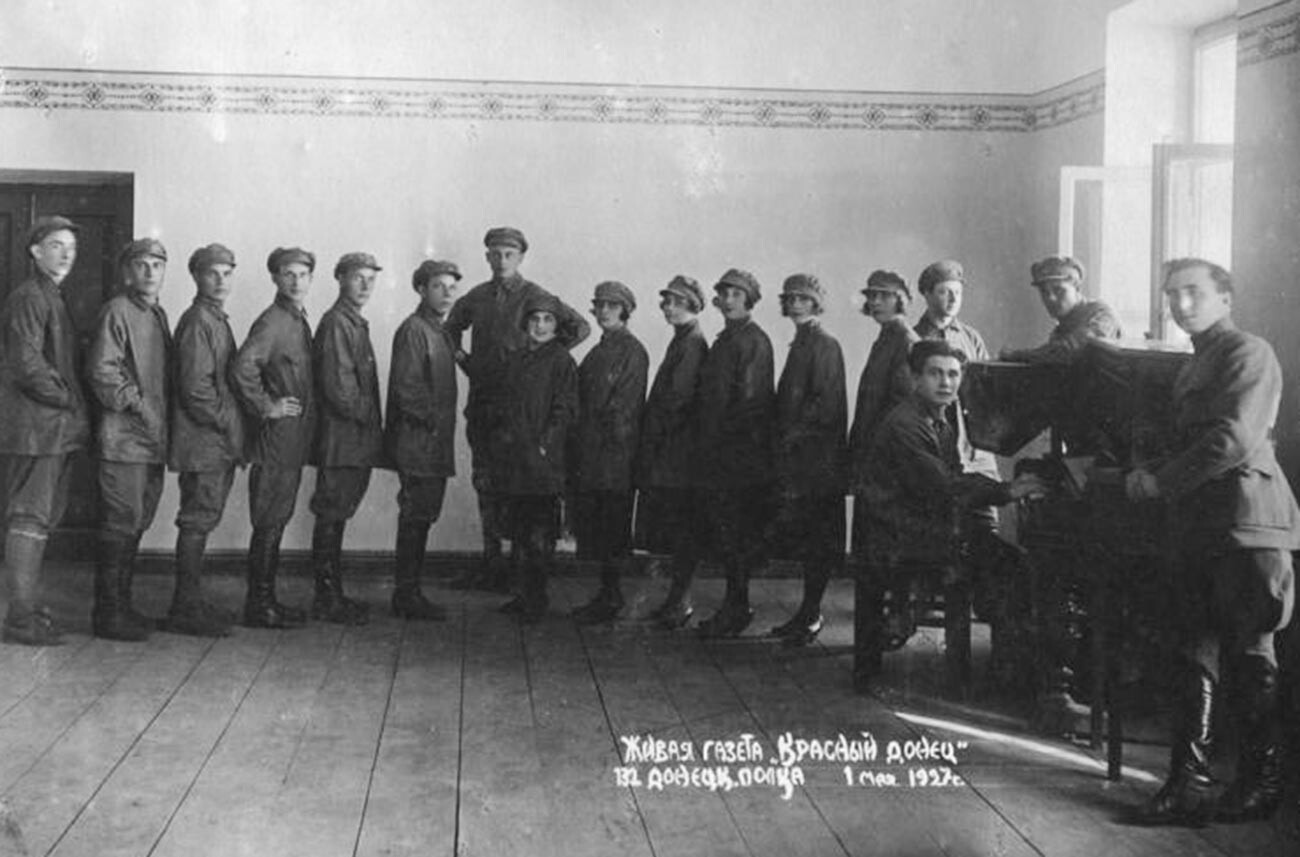 The principle difference with a stage production was that “live” newspapers had to stage performances of a political, often inflammatory, talk-of-the-town type. After the Civil War, the performances were no longer held for soldiers, but in clubs, community centers, schools and parks. 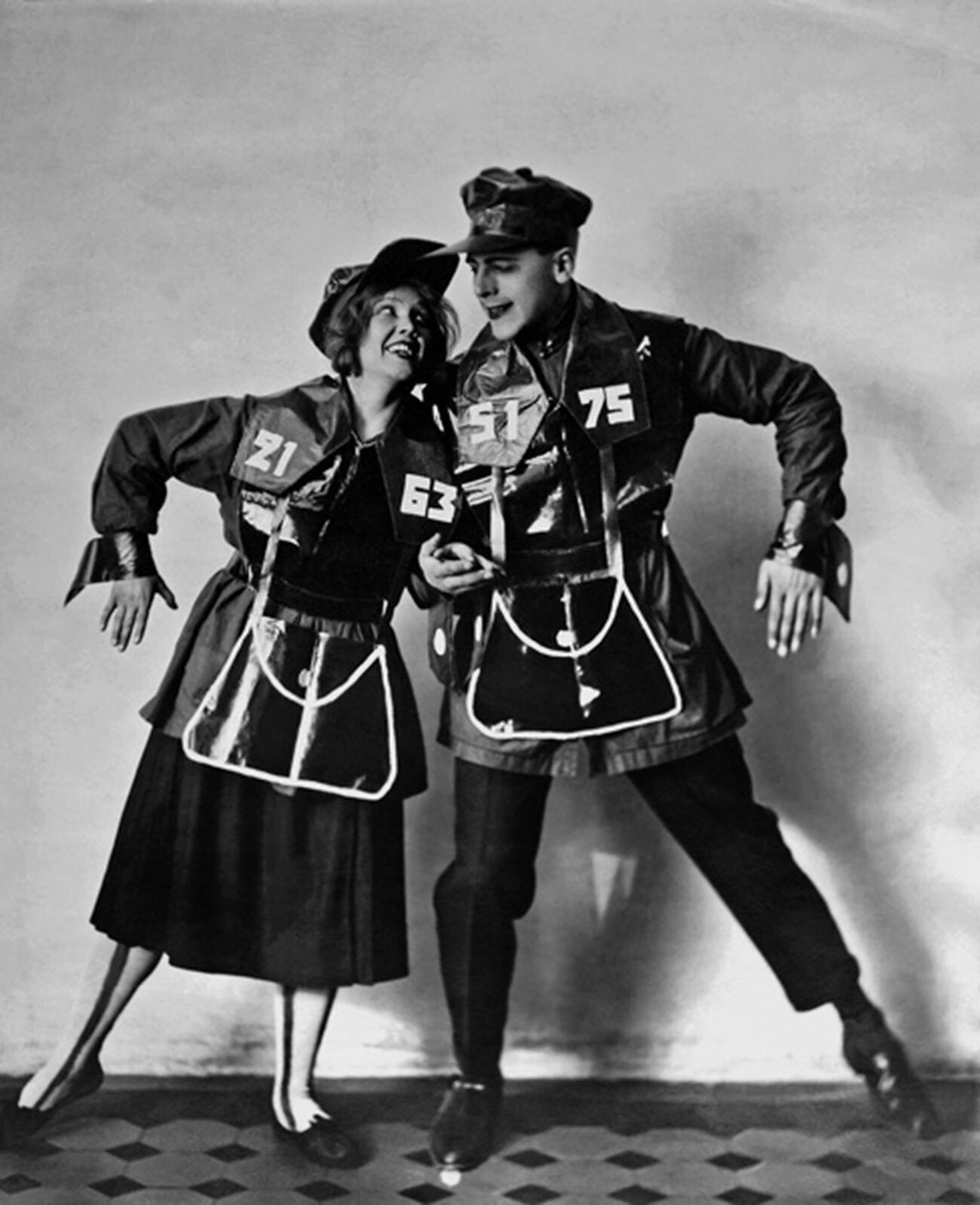 One of the most politically active theatrical collectives was the ‘Blue Tunic’. It had lots of agit-brigades, who carried forth the message of revolutionary art and political information into the masses, using avant-garde costumes and musical accompaniments. 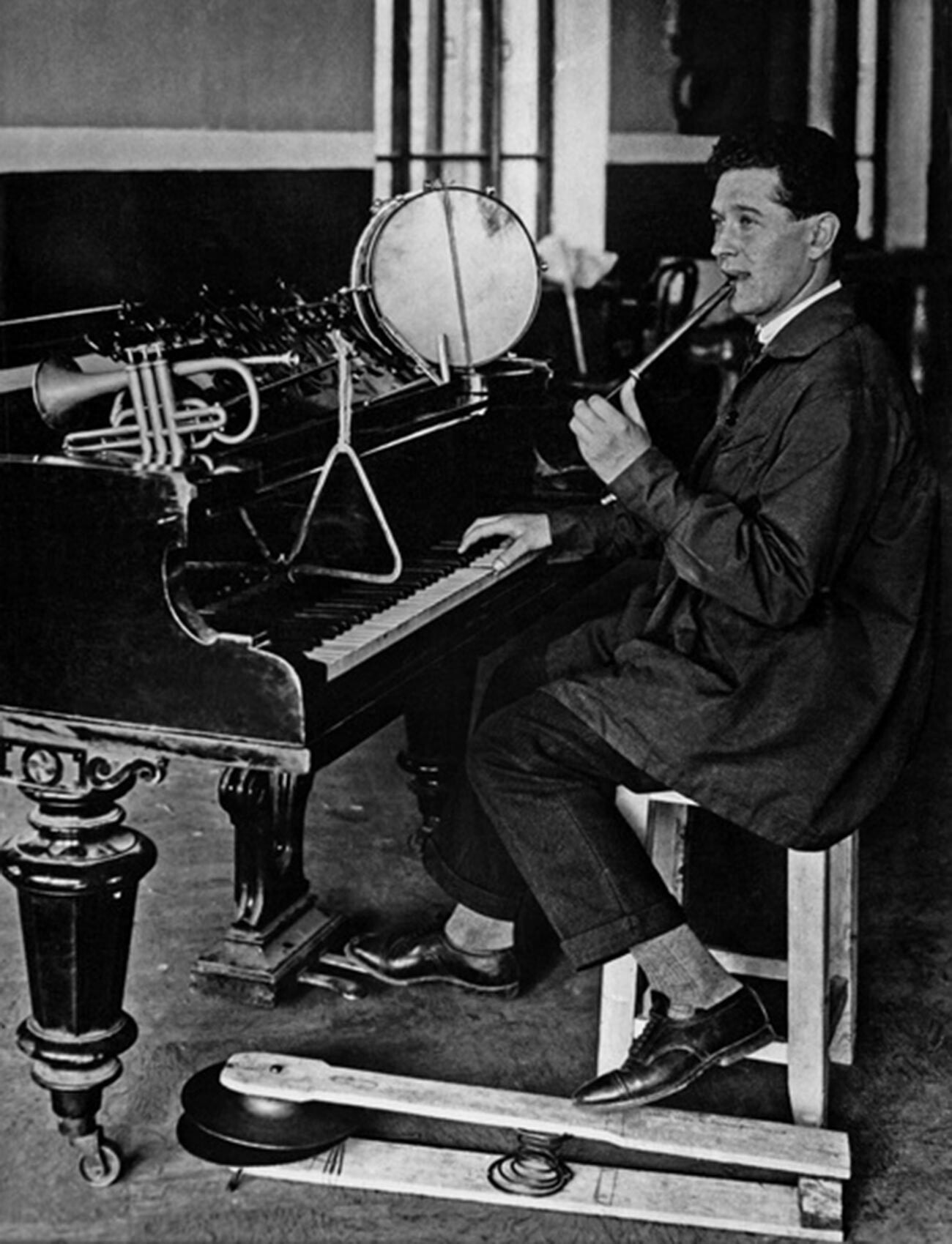 Scenes, monologues, verses, folk rhymes - “live” newspapers used to embody the development of Soviet print and its love for satire and feuilleton. And when illiteracy was finally liquidated, the parks and community centers across the USSR would continue to perform these topical verses and monologues for years to come. 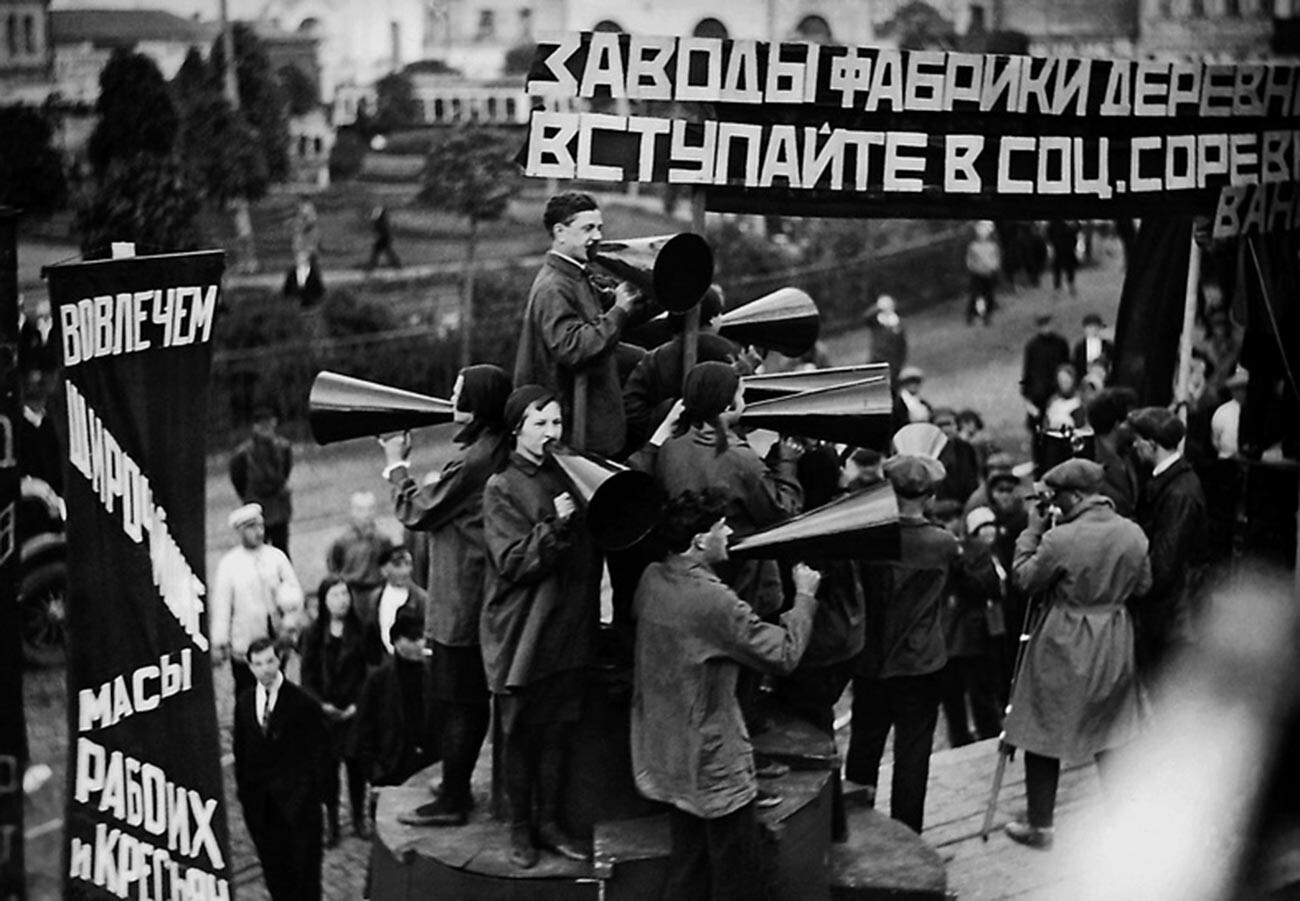 ‘Blue Tunic’ performs at the Gorky Park opening in Moscow