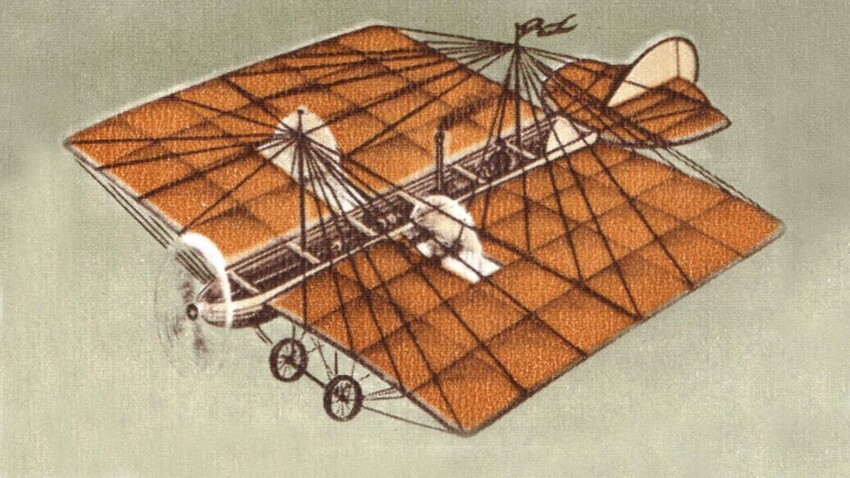 Public Domain
A Russian inventor’s airplane took to the skies 20 years ahead of the famous Wright brothers’ design. It wasn’t a very long flight, however.

A seafairer that yearned to fly

Aleksandr Fedorovich Mozhaysky spent his entire life at sea, but his dream was always the skies. After reaching the rank of rear admiral, he made history as the inventor of the first Russian airplane.

Having left active service in the early 1860s, Mozhaysky devoted his entire attention to aviation engineering. He would observe birds for hours, studying their anatomy, making kites and testing them himself. These experiments often resulted in injury. 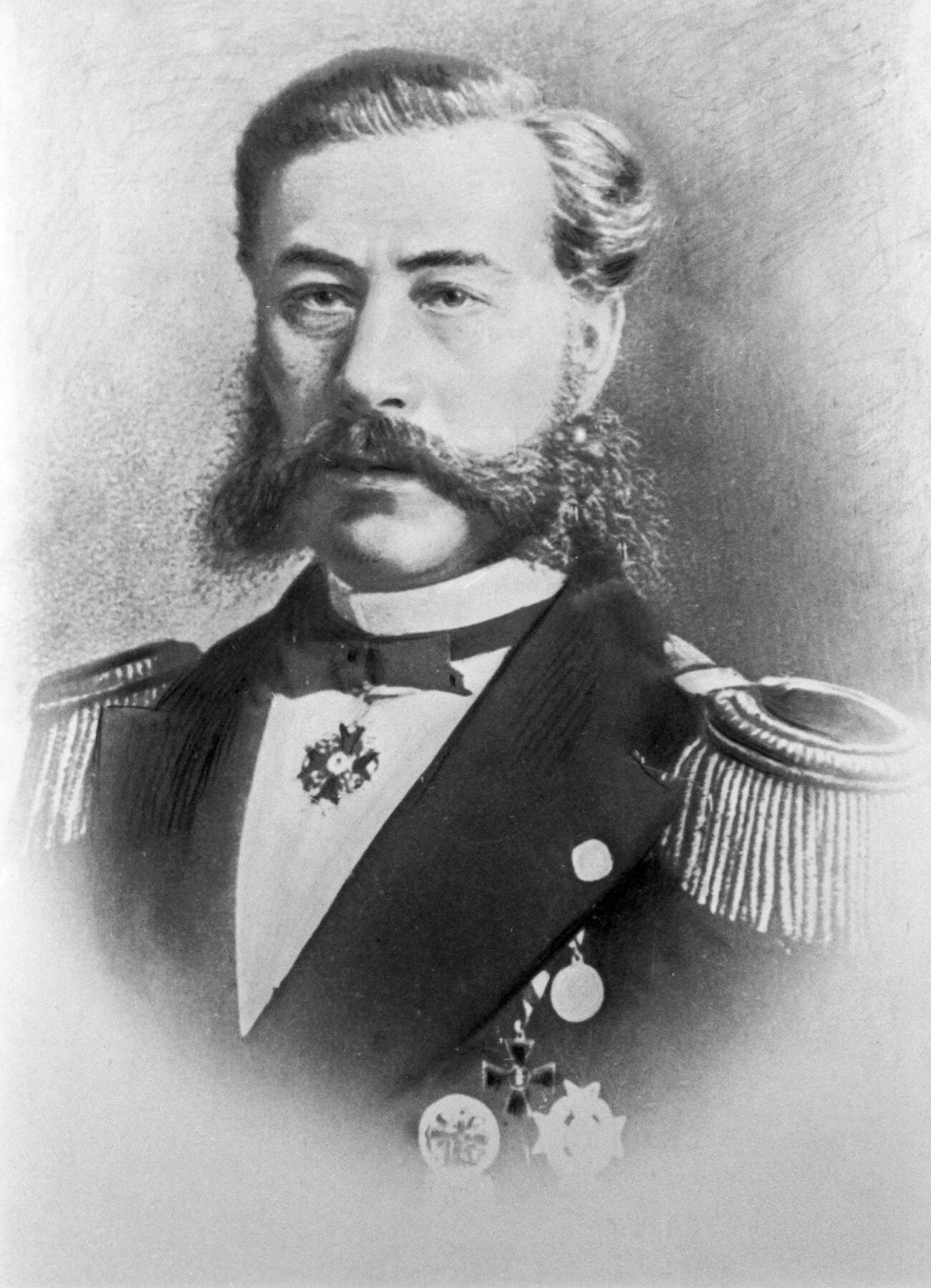 In 1876, in the manege of the Bereyter Cavalry School in St. Petersburg, Aleksandr Fedorovich demonstrated his first small flying plane model. The small boat-like fuselage achieved propulsion thanks to propellers, set in motion by a clock spring. The ‘Letunya’ (‘Flying girl’) achieved speeds of up to five meters per second while carrying a load of one kilogram.

“The inventor found quite the correct solution for the long-standing issue of aeronautics,” engineer shipbuilder Colonel Pavel Bogoslovsky wrote of Mozhaysky’s model. “The apparatus, using its propulsion units, doesn’t just fly and drive on the ground, but can also swim. The air speed is magnificent; it’s not afraid of carrying loads, or the wind and is capable of flying in any direction… The experiment has shown that all prior obstacles to aeronatuvies have been bested by our gifted countryman.” 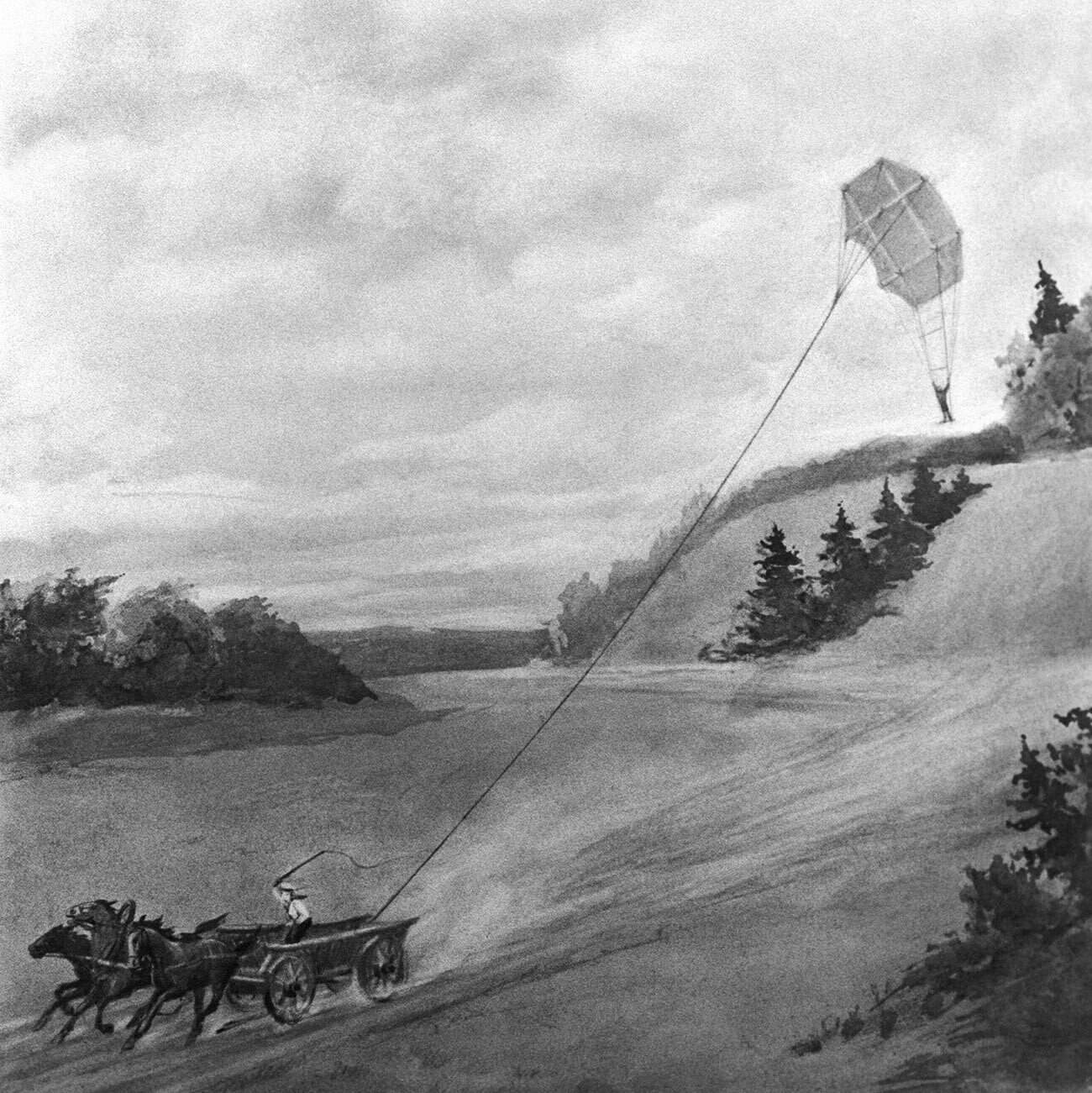 The next step for Mozhaysky was creating a life-size “aeronautical unit… aboard which a man could harness the power of the machine and the direction of the apparatus”.

The constructor required financing to create a full-fledged plane. Considering the fact that a war with the Ottoman Empire had started in 1877, Mozhaysky thought there would be increased interest. However, the special commissions didn’t find the project convincing enough and too costly to be spending government money on. 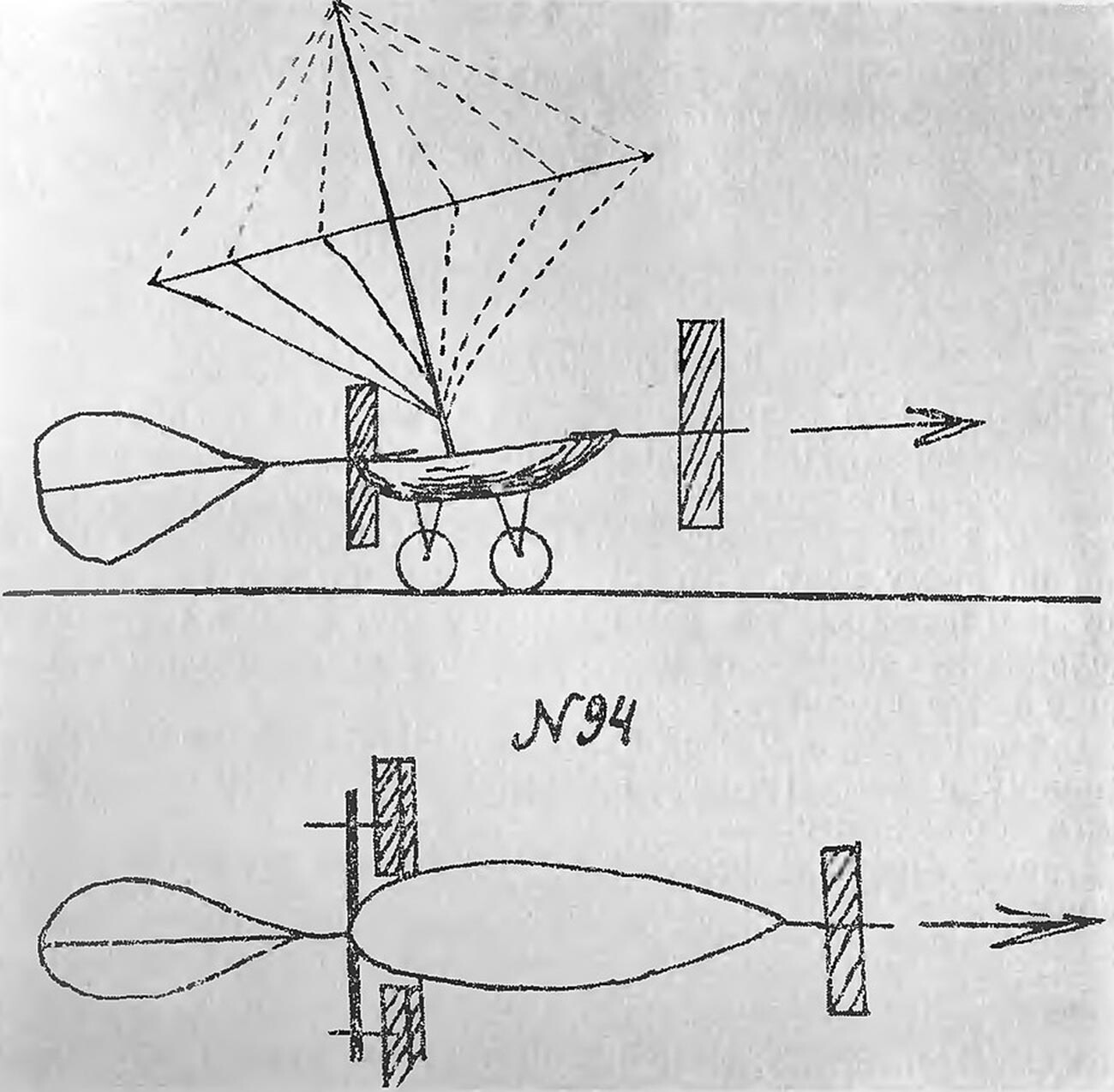 “I sought to be useful to the Fatherland and began developing my project, leaving my post, as well as another lucrative career opportunity,” Aleksandr Fedorovich lamented. “At first, I survived by spending modest cash savings, then began acquiring debts, selling and pawning anything of value, even watches and engagement rings… And only when things got really bad, when I was destitute and didn’t even own clothes befitting an officer, did I begin asking the government not for an award, but a loaf of bread…”

The government did not offer to fully finance the project. However, it allocated part of the sum required for continuing development. Slowly, and not without difficulties, the work did go on and, by 1884, the first Russian airplane, which Mozhaysky named ‘Zhar-Ptitsa’ (‘Firebird’), in honor of Slavic folk tales, was finished. 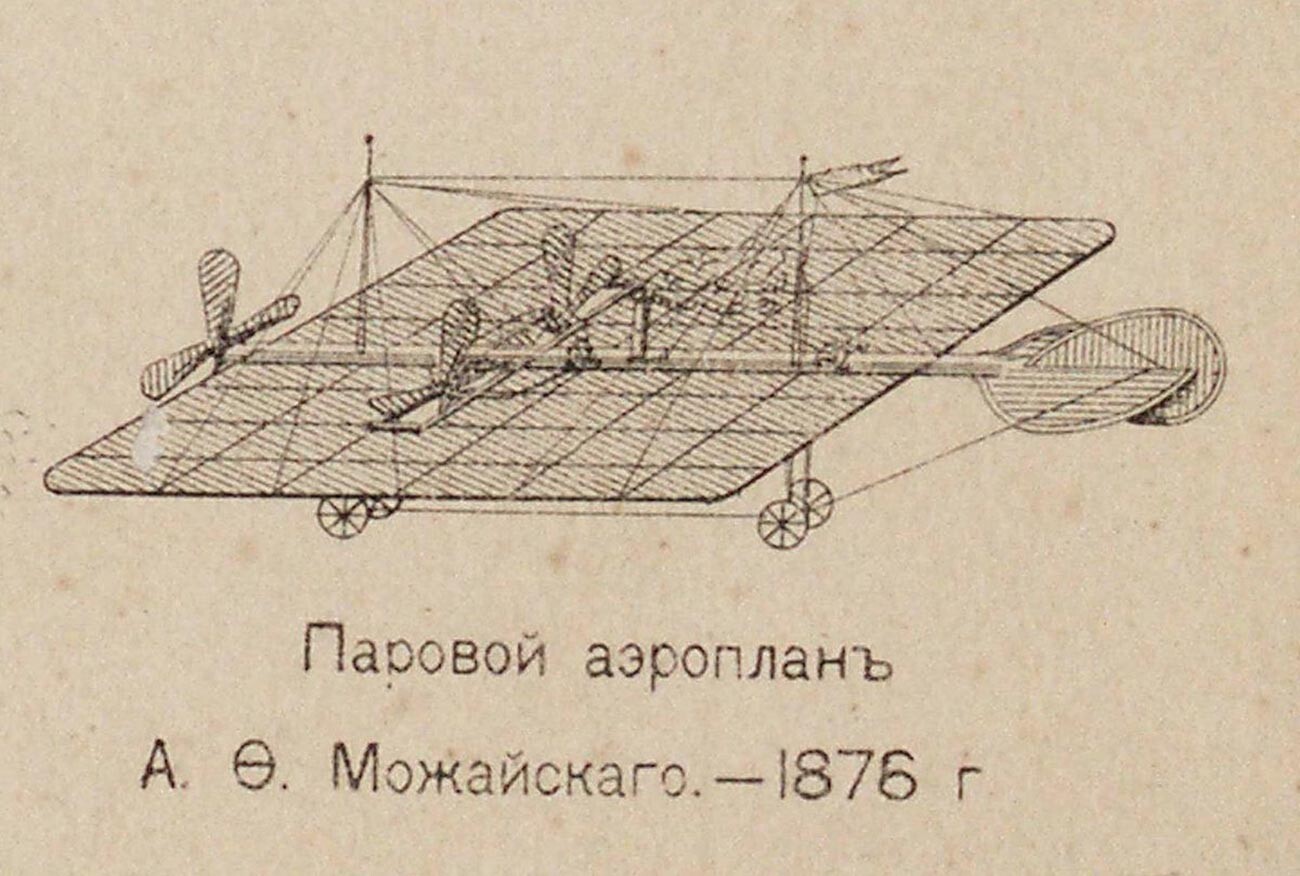 “The monoplane consisted of a boat with wooden beams, covered with textile cloth. Rectangular wings were attached at the side, slightly bent and protruding upward. Everything was covered by a thin cloth, soaked in lacquer. The main wing bindings were made of wood… They sat about a sazhen [an obsolete Russian measure of length slightly longer than two meters] off the ground. The boat had two masts. The wings were held by wire ropes, attached to the masts and the supports. There were two engines, located in the frontal part of the boat… The propellers numbered three pieces, four blades each…” the ‘Novoye Vremya’ (‘New Time’) newspaper described Mozhaysky’s project.

The length of the plane - which weighed almost a ton - was 15 meters, with a 24-meter wingspan. Propulsion was achieved with two engines, built by British manufacturer Arbeker-Hamkens, 10 and 20 horsepower, respectively. 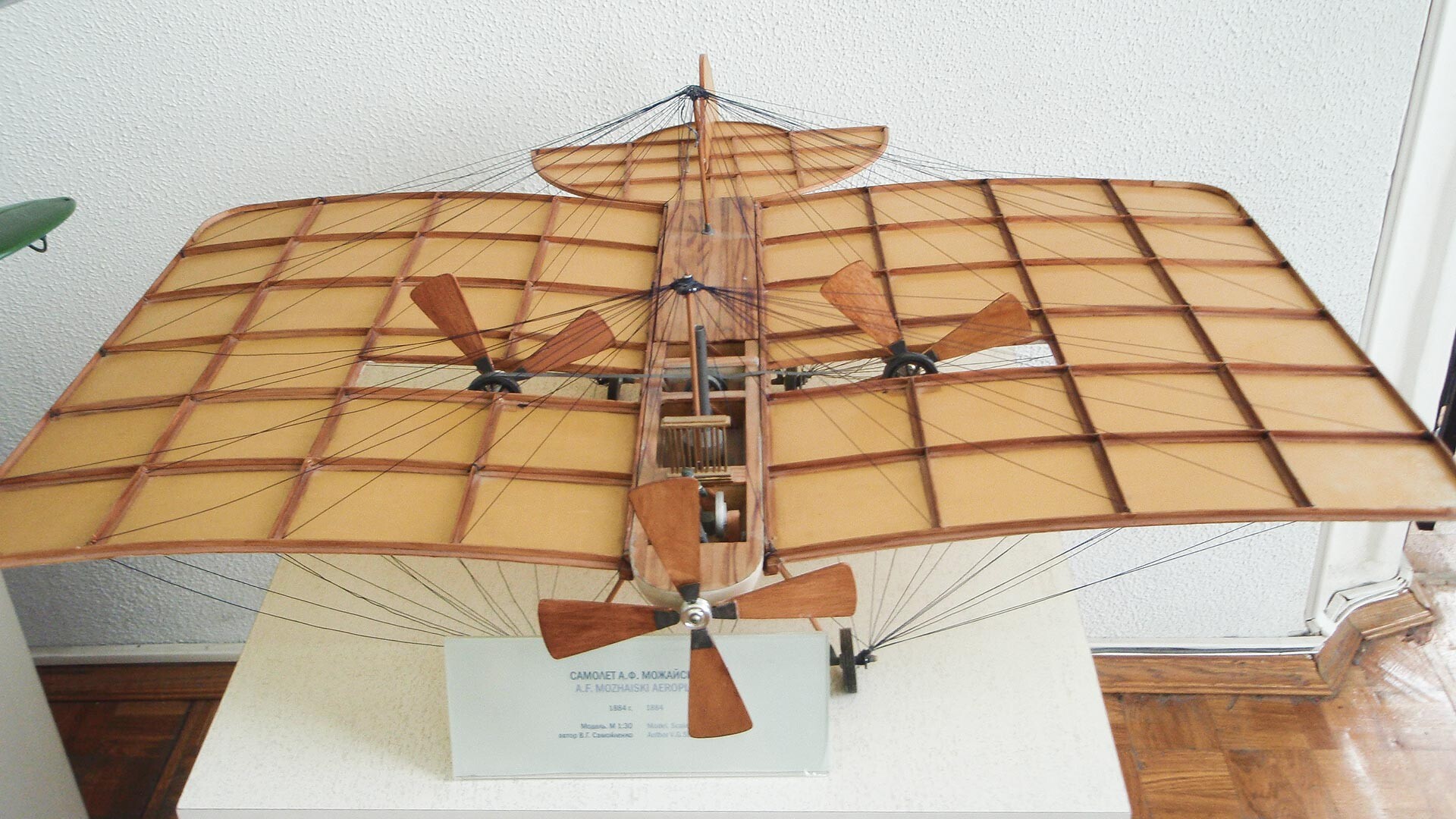 In the Fall of 1884, the ‘Firebird’ had its first trials in one of the fields outside St. Petersburg. An upwards-curved launching track, constructed from wood, was made to ensure takeoff. Given Aleksandr Fedorovich’s age at the time (57 years), pilot duties were given to the mechanic.

Mozhaysky’s plane - the first ever - gathered speed on the wooden rails, shot upwards and managed about 100 meters of air time before beginning to lose altitude: the engines weren’t providing enough power. A wing was then damaged on impact with the ground. 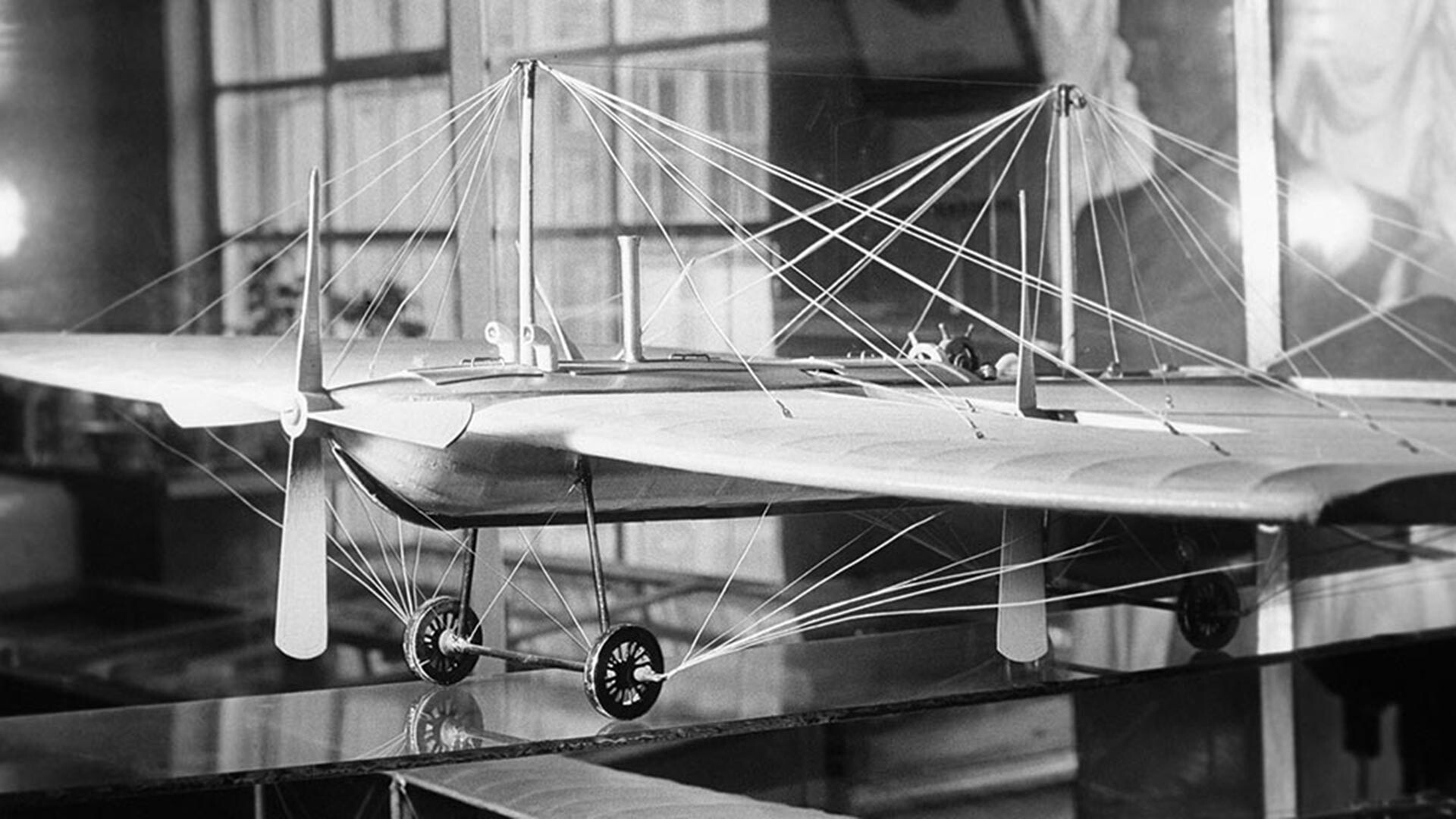 The constructor experienced mixed feelings: on the one hand, the plane had successfully lifted off, on the other - it required a lot of reworking before a full-fledged flight could be carried out. Aleksandr Fedorovich, sadly, never managed to realize his dream, having passed away in 1890. The abandoned ‘Firebird’ went up in flames five years after his death.

The inventor’s legacy, however, did not go quietly into the night. His designs successfully laid the foundation in the early days of the 20th century for such giants of aviation as the ‘Russkiy Vityaz’ (‘Russian Knights’), ‘Svyatogor’ and ‘Ilya Muromets’.