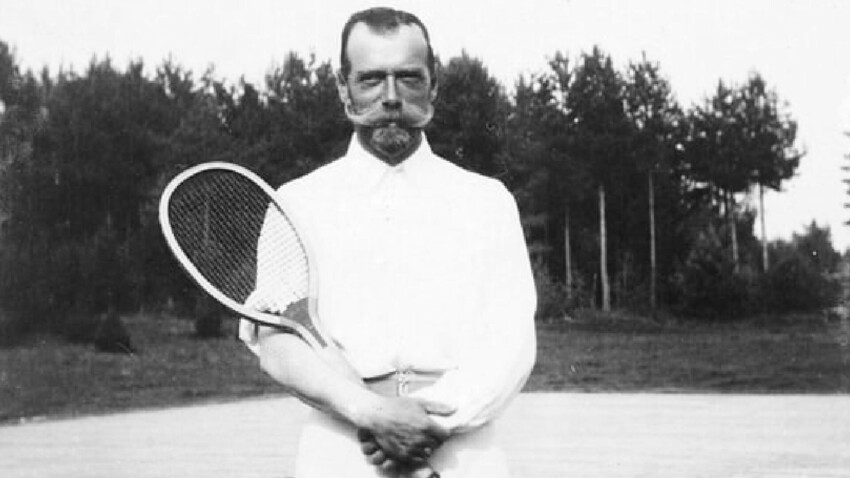 Public Domain
In another life, the tsar could have been a professional tennis player. He competed almost as equals on the court against renowned champions.

Tennis came to the Russian Empire from Great Britain in the 1860s and soon became very popular among the local aristocracy. Members of the Romanov dynasty also played the game. None of them, however, was as obsessed with it as Nicholas II. 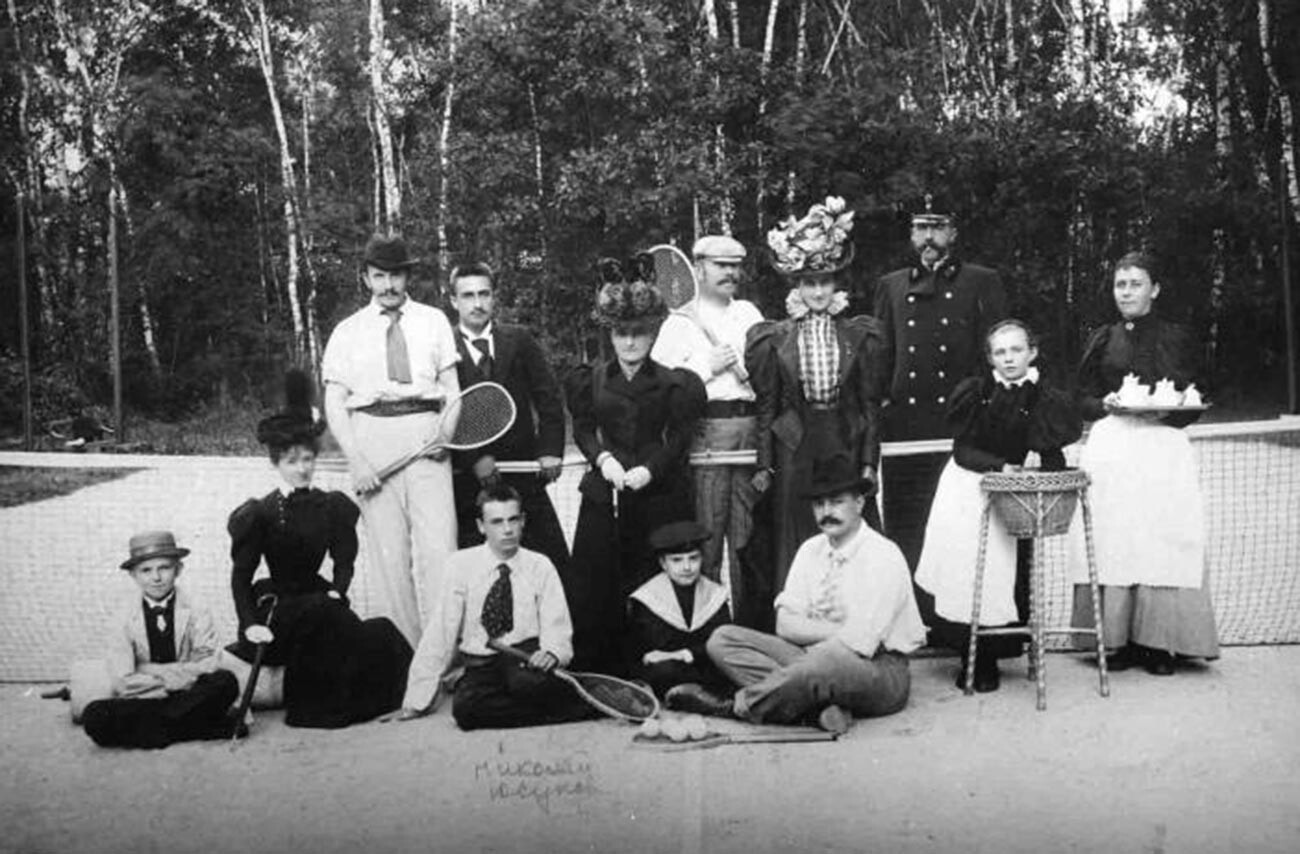 The 28-year-old tsar’s first experience with the sport was on June 2, 1896, at his Ilyinskoe estate near Moscow. “After tea, I went to play lawn-tennis (tennis on grass) with others for the first time,” the monarch noted in his diary at the time. For the next few weeks, he practically never left the court. 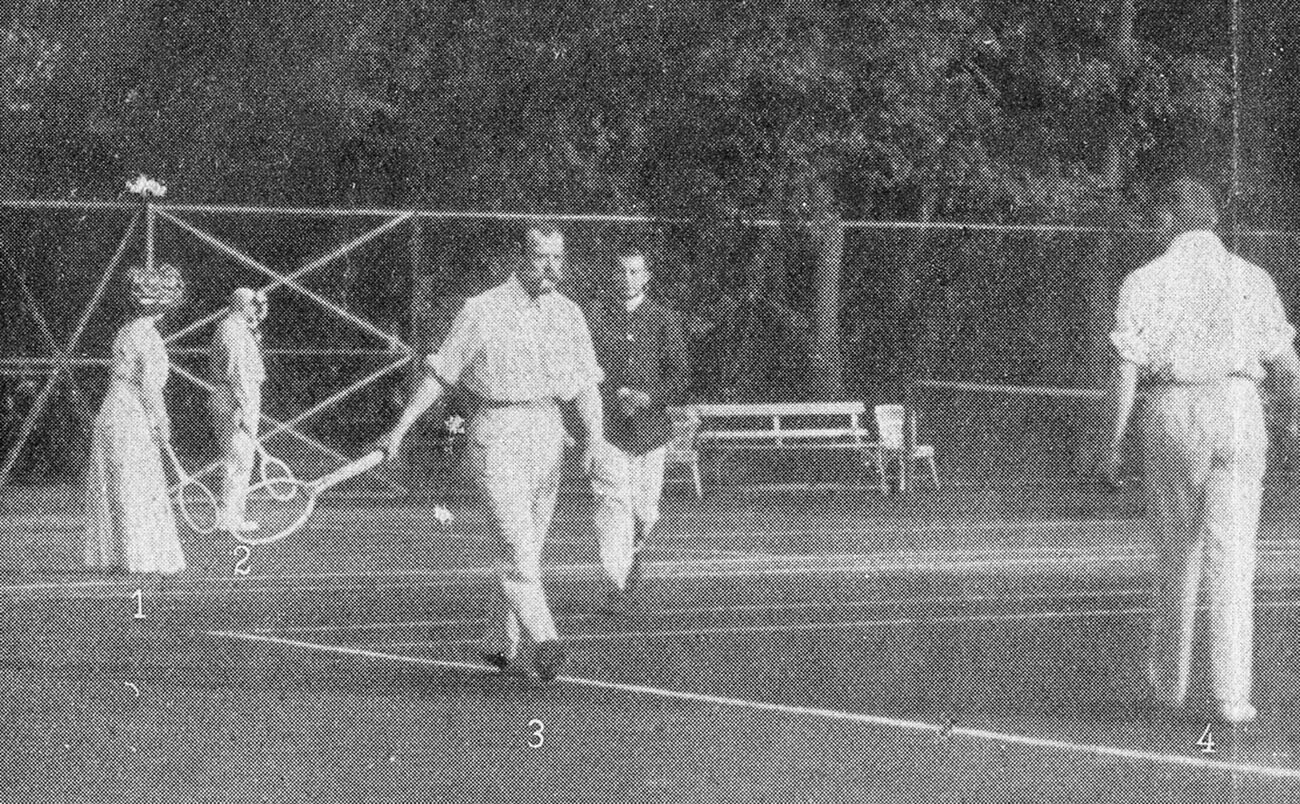 Nicholas II played tennis with great alacrity both on cold fall days, when his hands would get cold and during the summer heat, when his shirt could literally be drenched in sweat. “He played very well and his opponents, naval officers and court ladies, were much weaker than him,” noted Lieutenant-General Alexander Mosolov, head of the Chancellery of the Ministry of the Imperial Court. 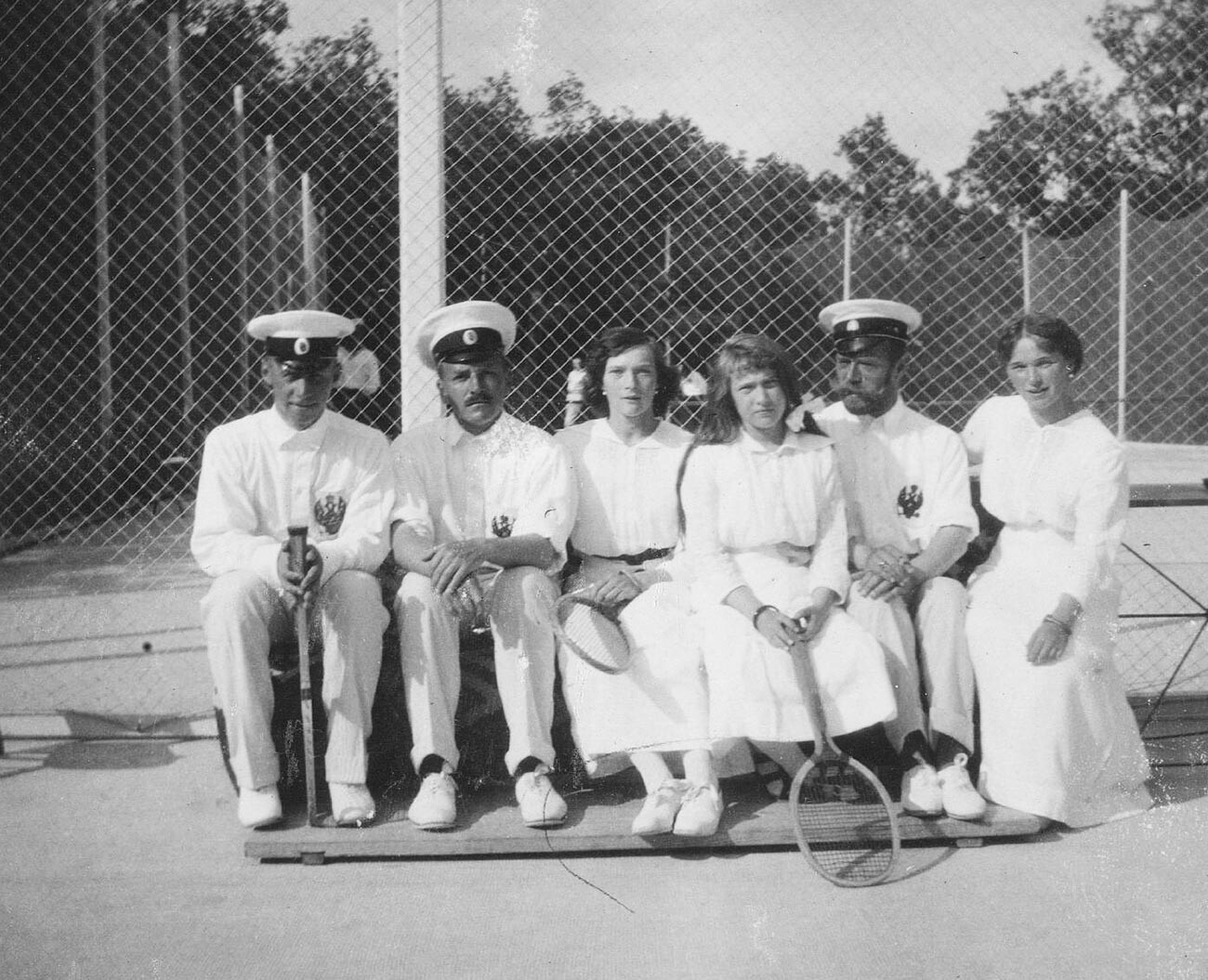 Tennis courts were set up at the residences of Nicholas II near St Petersburg, in Crimea and in Spala in Poland. Another one appeared in Finland near the settlement of Virolahti, where the royal family also enjoyed spending time. “Only in the skerries was a quiet sea and family life for their majesties,” wrote officer Nikolai Sablin, who served aboard the imperial yacht Shtandart. 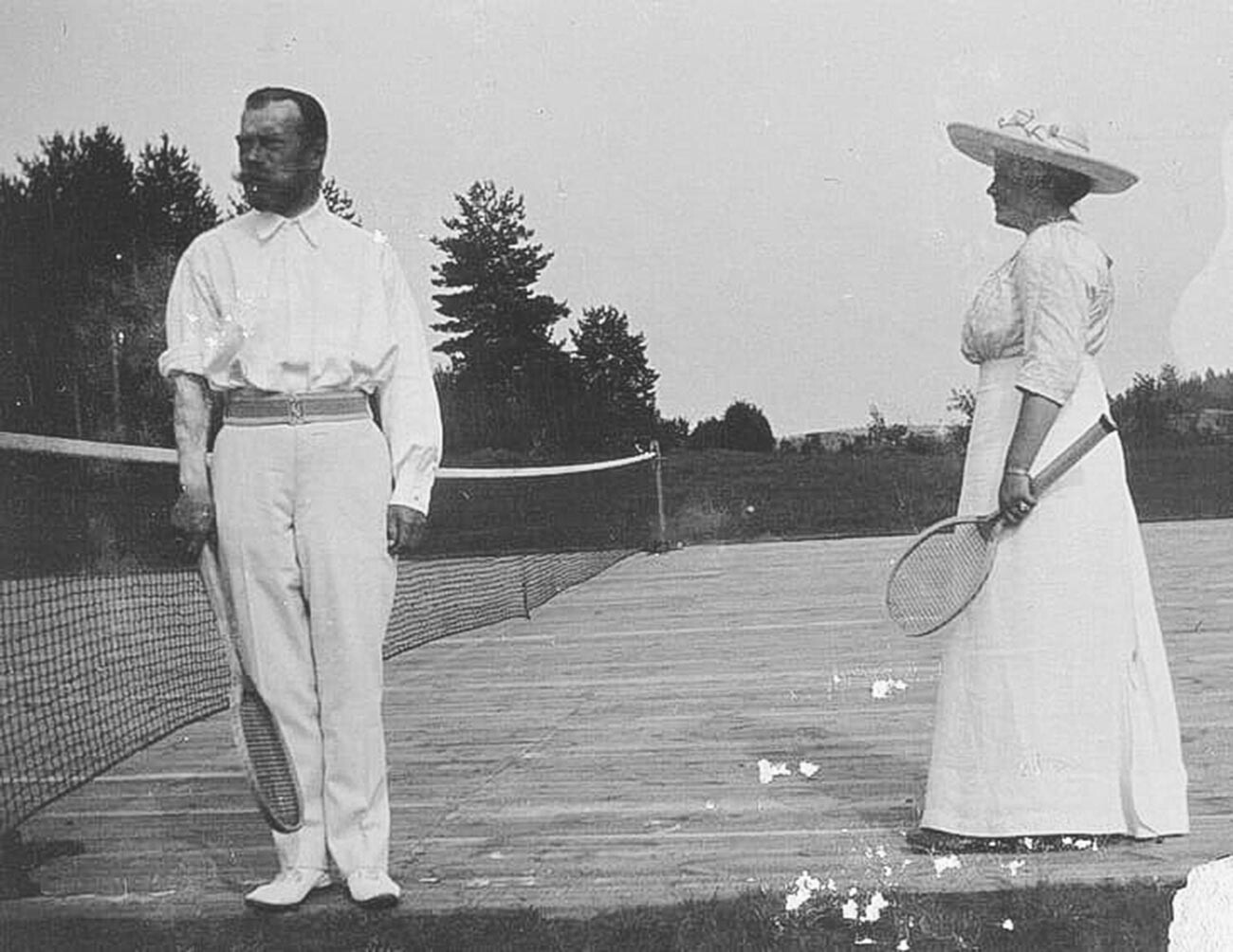 While traveling on their ship on the Gulf of Finland, the Romanovs regularly went ashore to picnic, walk in the woods and pick berries. On several occasions, early in the morning, an astonished owner of a Finnish seaside estate would see the Emperor on his doorstep, asking permission to play tennis on his court. 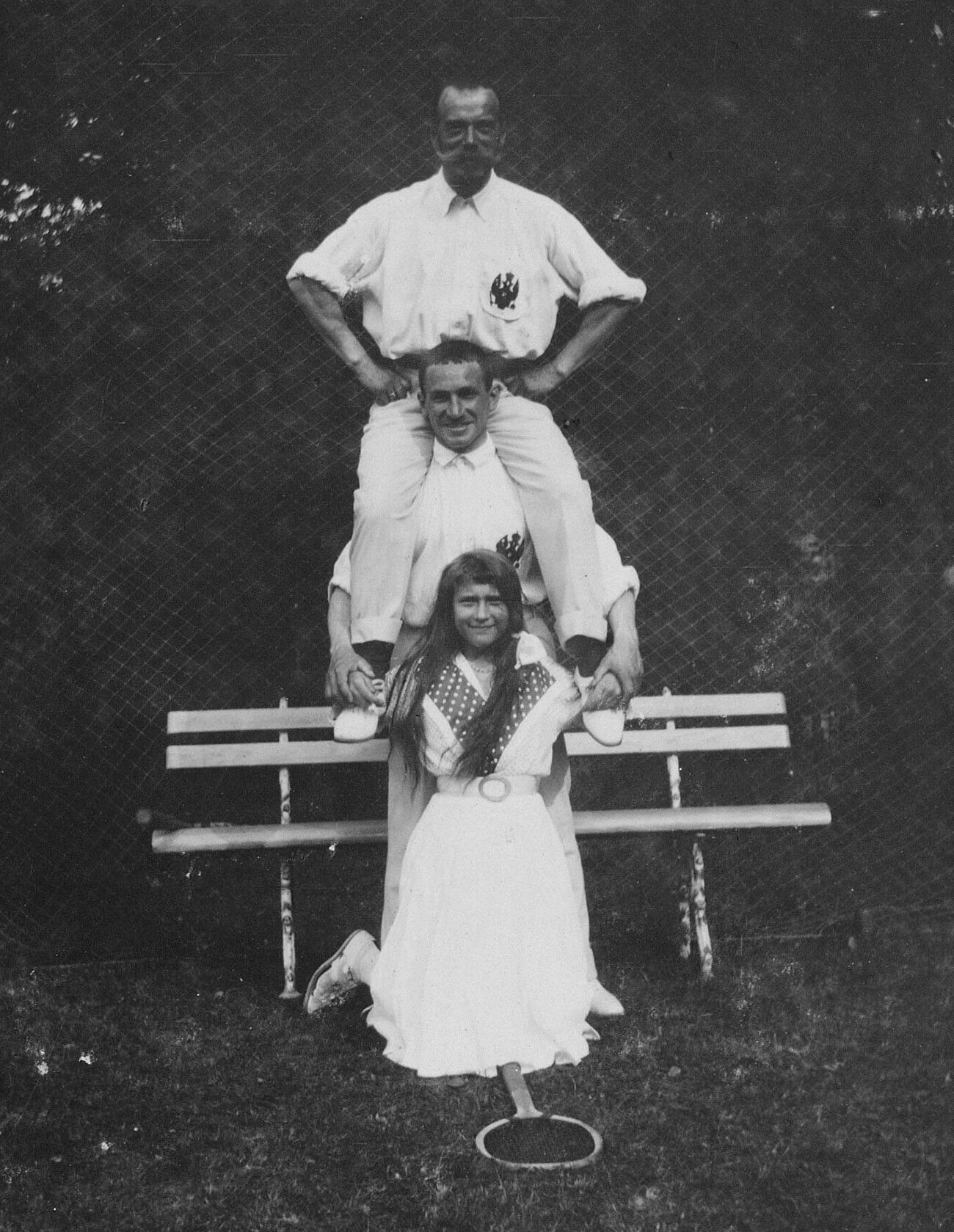 Nicholas II happily battled on the court against members of his own family, his ladies-in-waiting, as well as his convoy officers, but for such a master as the tsar had become, a more serious opponent was required. In November 1913, such an opponent was finally found. 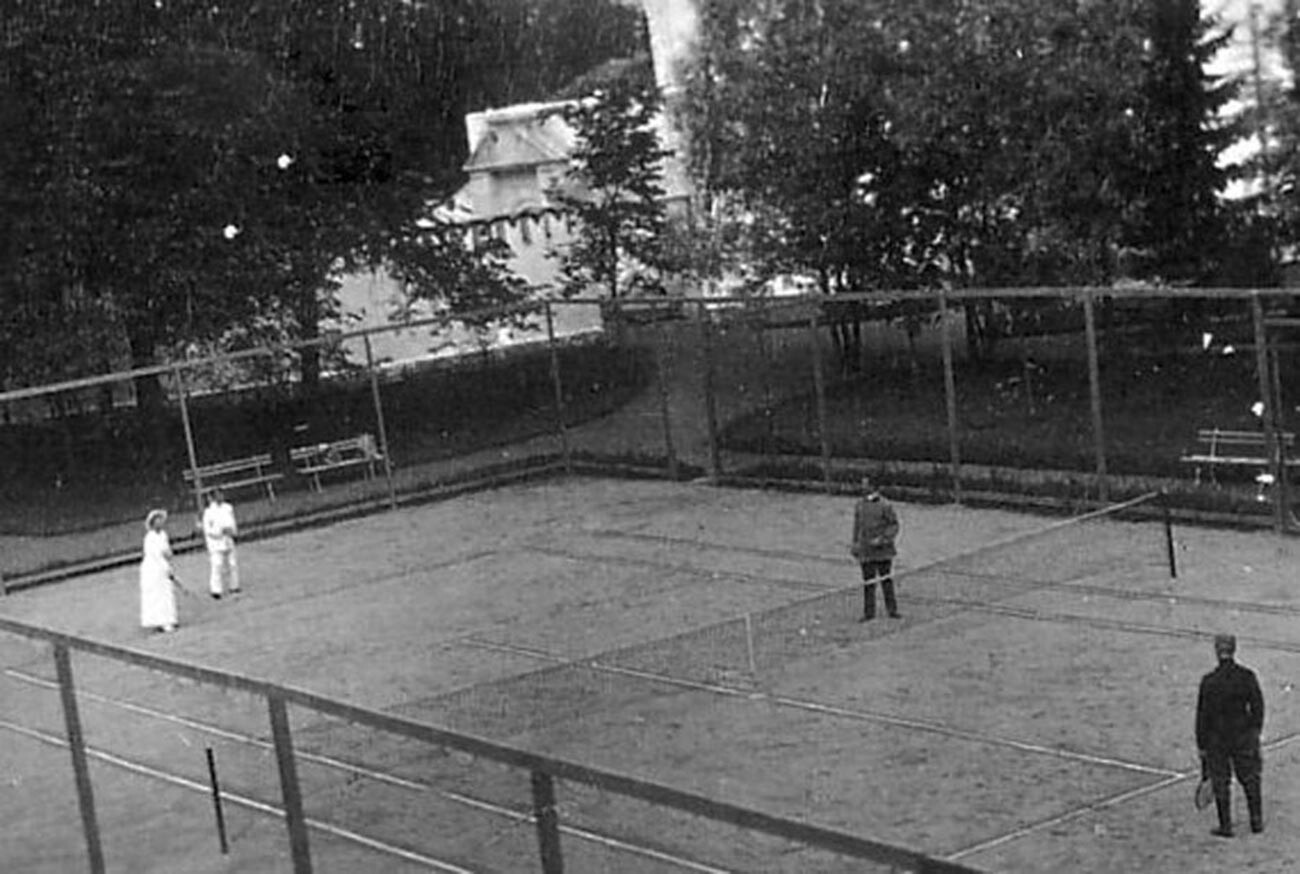 While vacationing at his residence in Livadia, Crimea, the Emperor learned that their relative Mikhail Sumarokov-Elston was staying with the Yusupovs next door. By the age of 20, this young student had already become an eight time national champion. The tsar immediately invited the young talent to the tennis court. 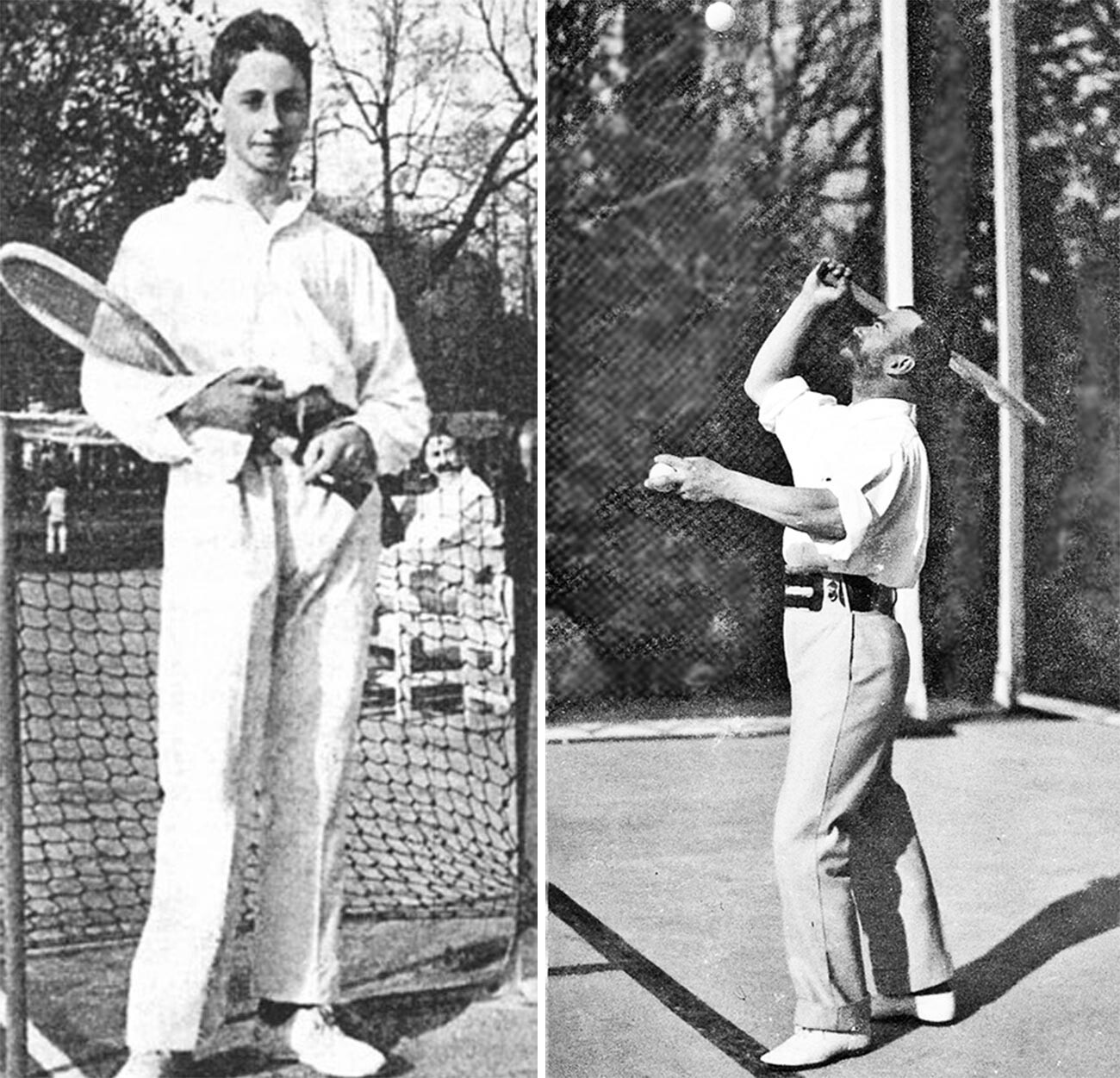 The rivals played four games. Nicholas II lost, but was very pleased with the process. “Today, Gr. Sumarokov - a young student - is the best player in Russia. There is something to learn from him,” he noted in his diary. 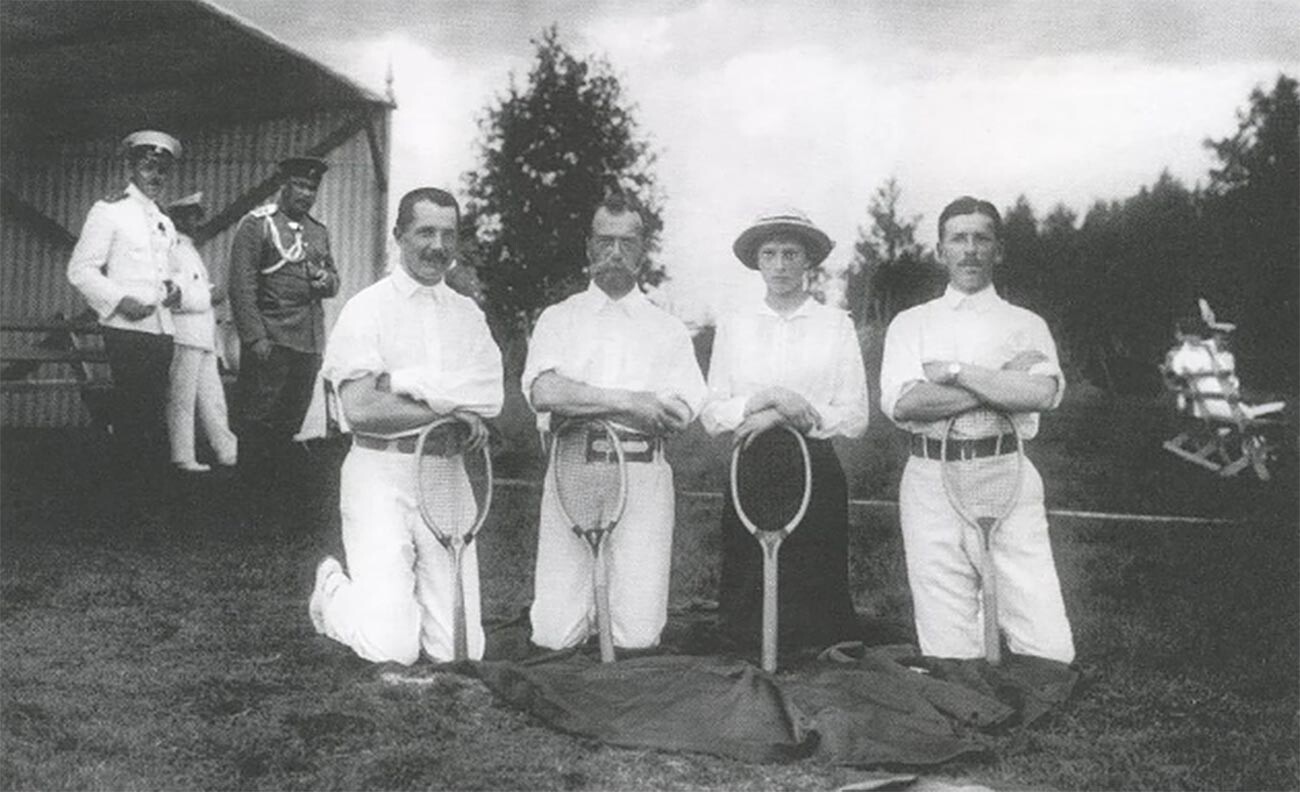 “Sumarokov contrived to hit the tsar so hard in the leg with a ball that the tsar fell and had to lie in bed for three days,” recalled Mosolov: “The poor champion was in despair, although there was certainly no guilt on his part. It is said that the Yusupovs scolded him severely. Having recovered, the tsar invited Sumarokov to Livadia again, but the champion could no longer play with the same vigor. 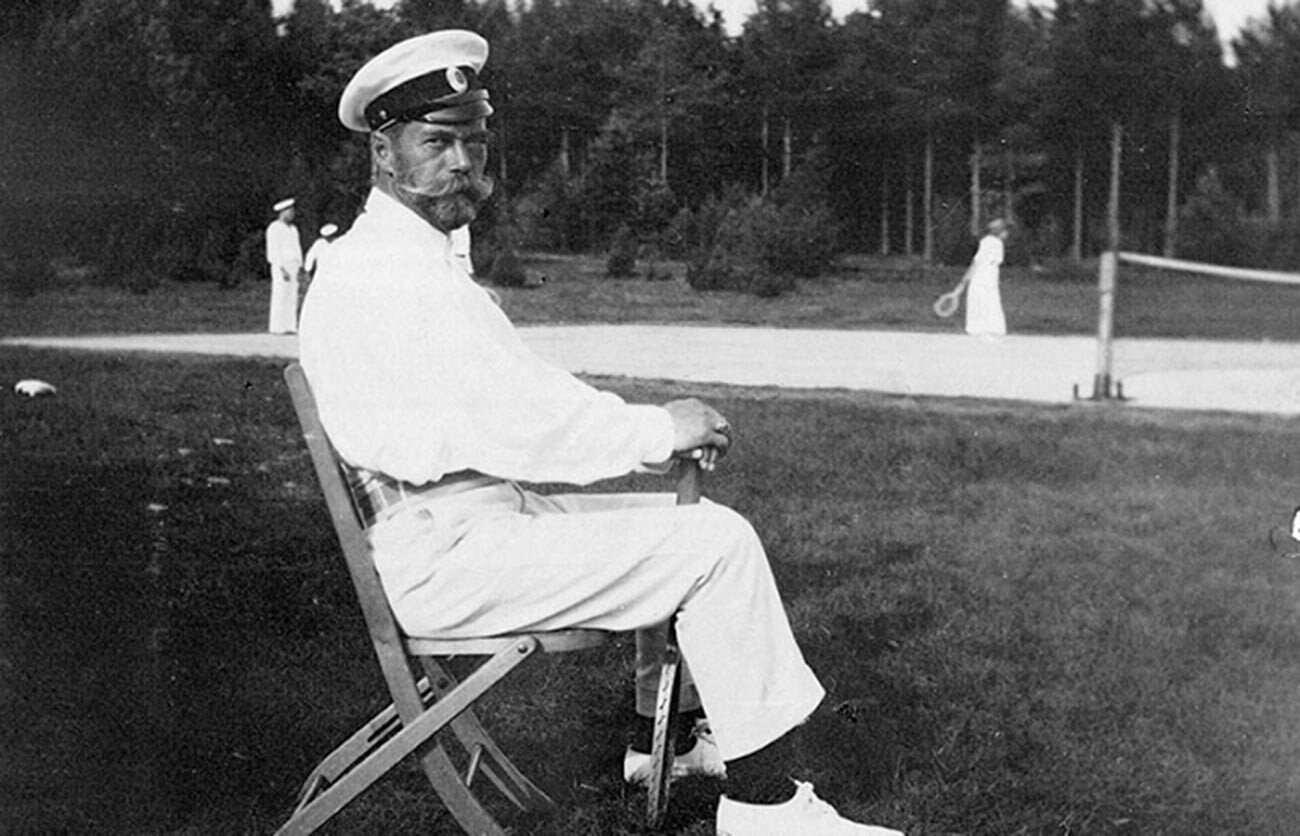 In 1914, Nicholas II founded the ‘Cup of His Imperial Majesty’, the winner of which was the same Mikhail Sumarokov-Elston. Soon, World War I broke out and the czar had to put the racket away for a long time. As it turned out - forever. 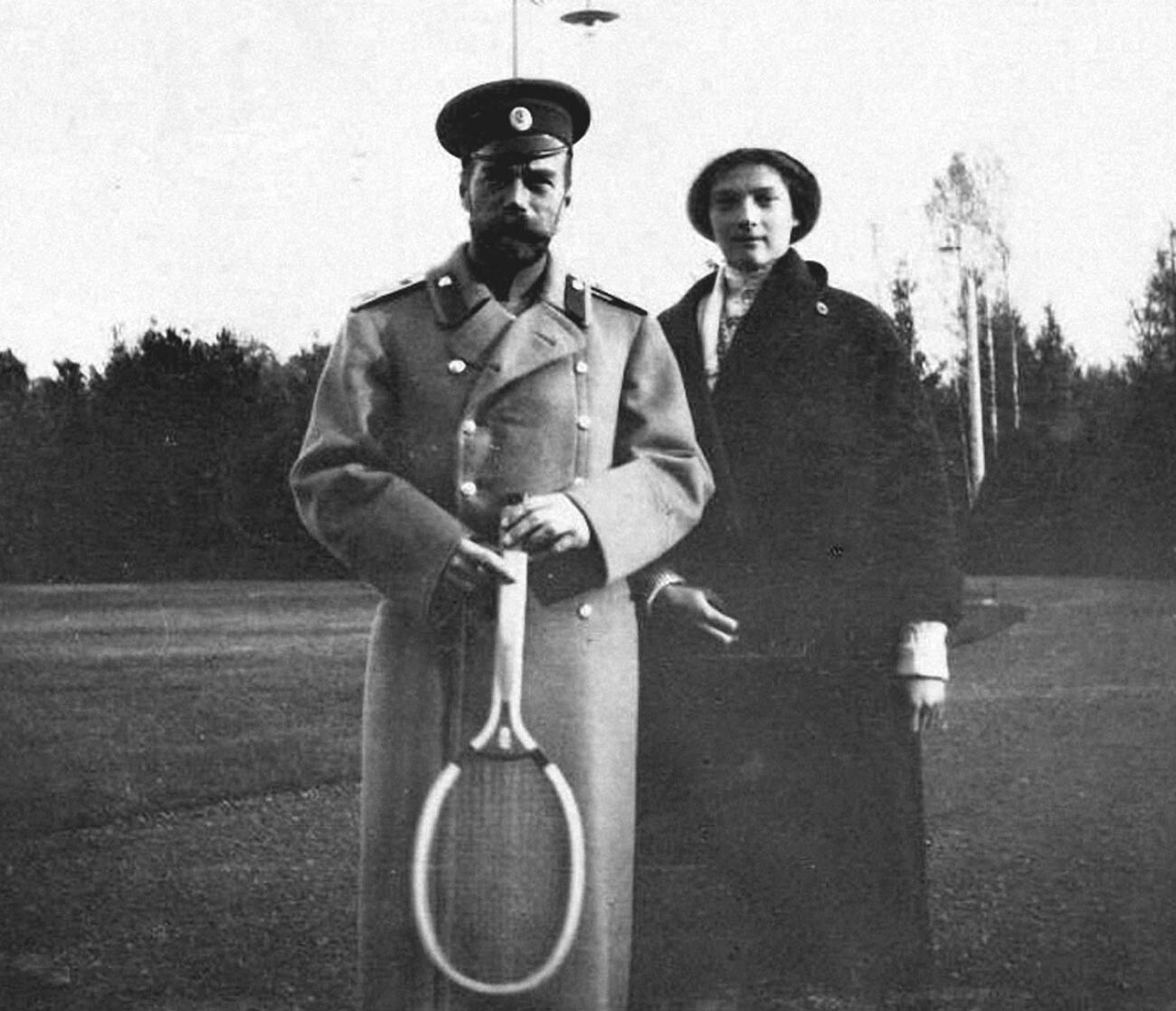