Peter the Great made these things by hand (PHOTOS) 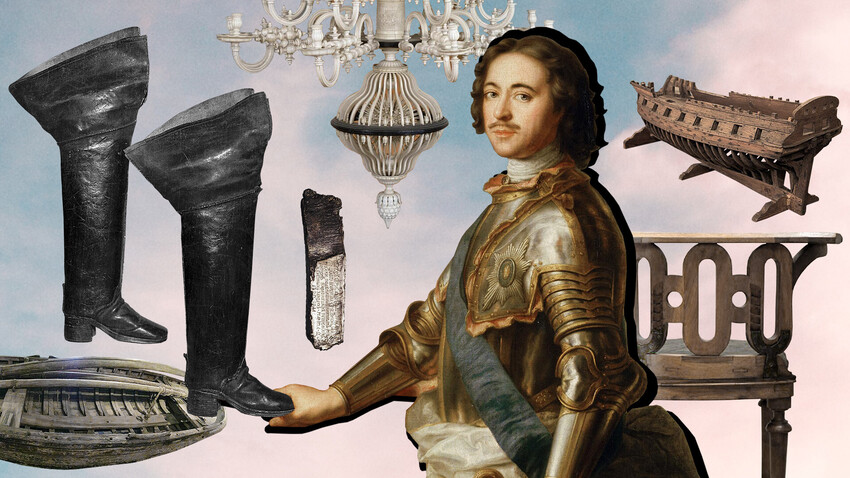 Kira Lisitskaya (Photo: Central Naval Museum; State Hermitage; The Russian Museum; JukoFF (CC BY-SA 3.0); Jean-Marc Nattier; Oleg Ignatovich/Sputnik)
The first Russian Emperor was a man of many trades. Miraculously, some of the things he created have been preserved and are still intact.

"Fortuna" boat, made by Peter the Great, in a museum in Pereslavl.

This boat, called ‘Fortuna’, is the only boat still intact from the first fleet of Peter the Great that was based on Lake Pleshcheyevo in Russia when the tsar was young and exercised his Toy Army.

The boat has five pairs of oars and a place to hold a mast. The conditions it was kept in and looked after suggest it was created by Peter, who, early in his life, learned the basics of shipbuilding. 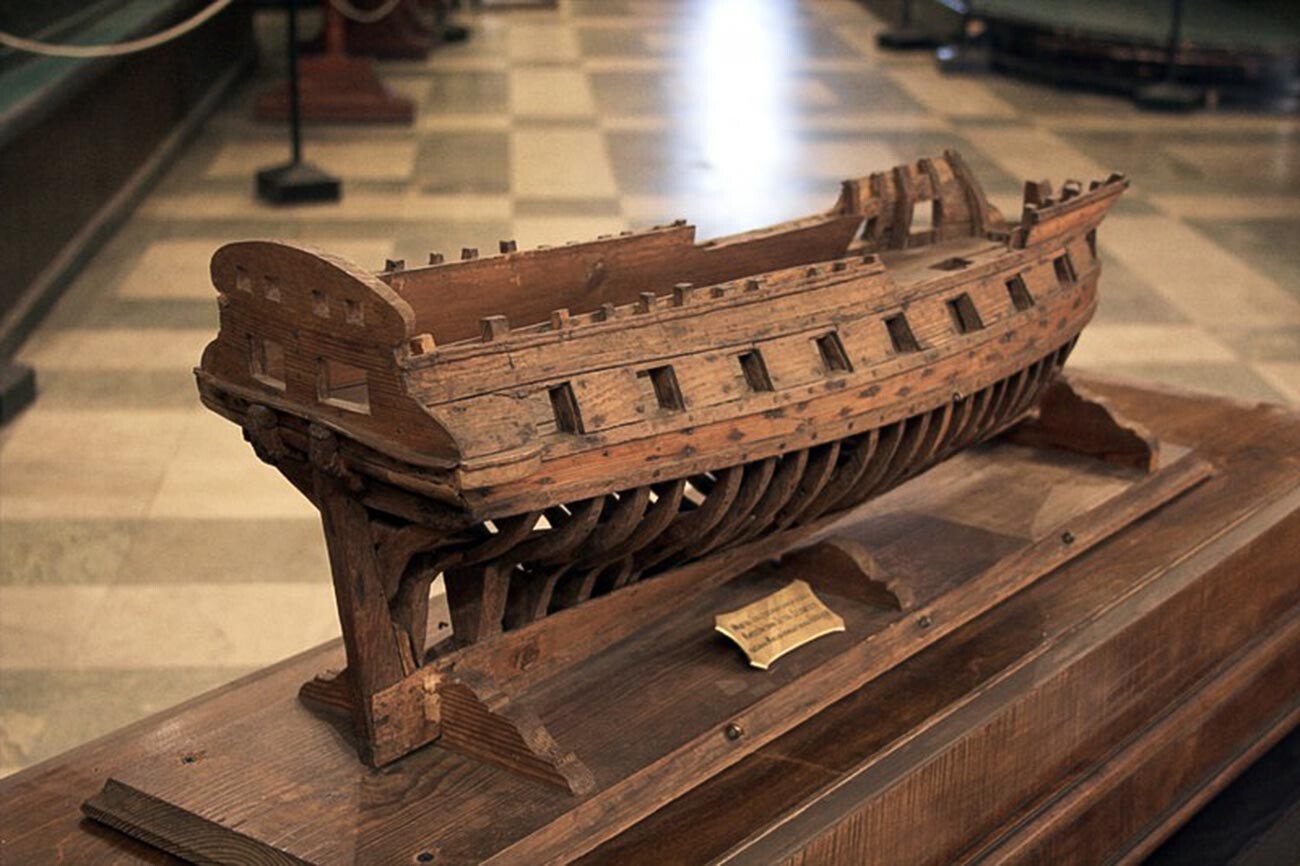 The model of a ship created by Peter the Great.

In a museum in St. Petersburg, an unfinished model of a warship created by Peter is also preserved, which shows his skills. 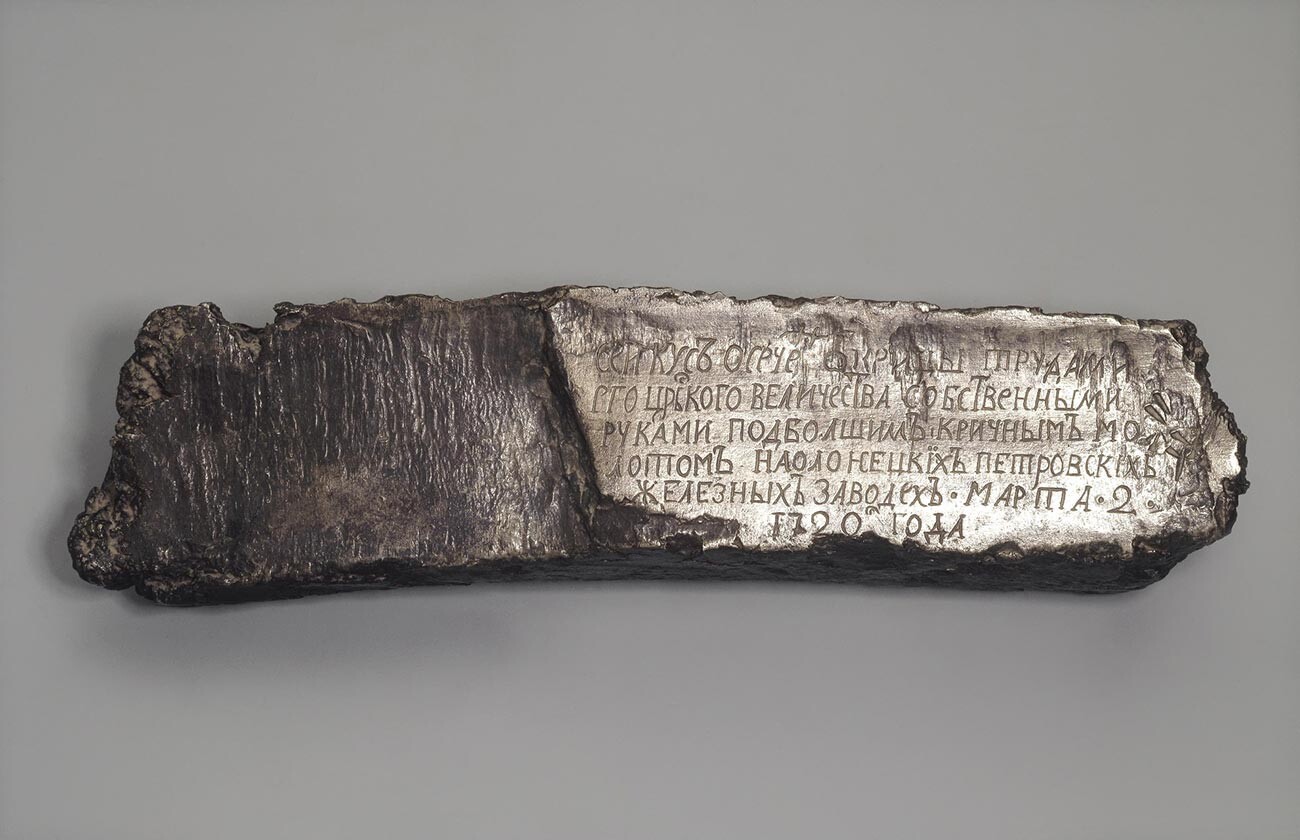 A piece of iron cut by Peter the Great.

In 1720, while visiting the metal-processing plants in Petrozavodsk, Peter did some work as a blacksmith. He cut this piece of iron from raw material and a stamp was put on it.

A strip of iron forged by Peter the Great.

Two years later in Istye, Ryazan Region, the tsar again worked in a foundry. Peter Miller, his contemporary, remembers: “He was melting and forging with his own hands and pulling iron into strips. Having learned this work, on one of the last days of his stay, he pulled out fifteen pounds of iron and marked each strip with his stamp. His posh retinue and boyars carried coal, lit a fire, fanned it with bellows and did other work.” Here’s one of such strips forged by Peter the Great, stored at the State Hermitage in St. Petersburg. 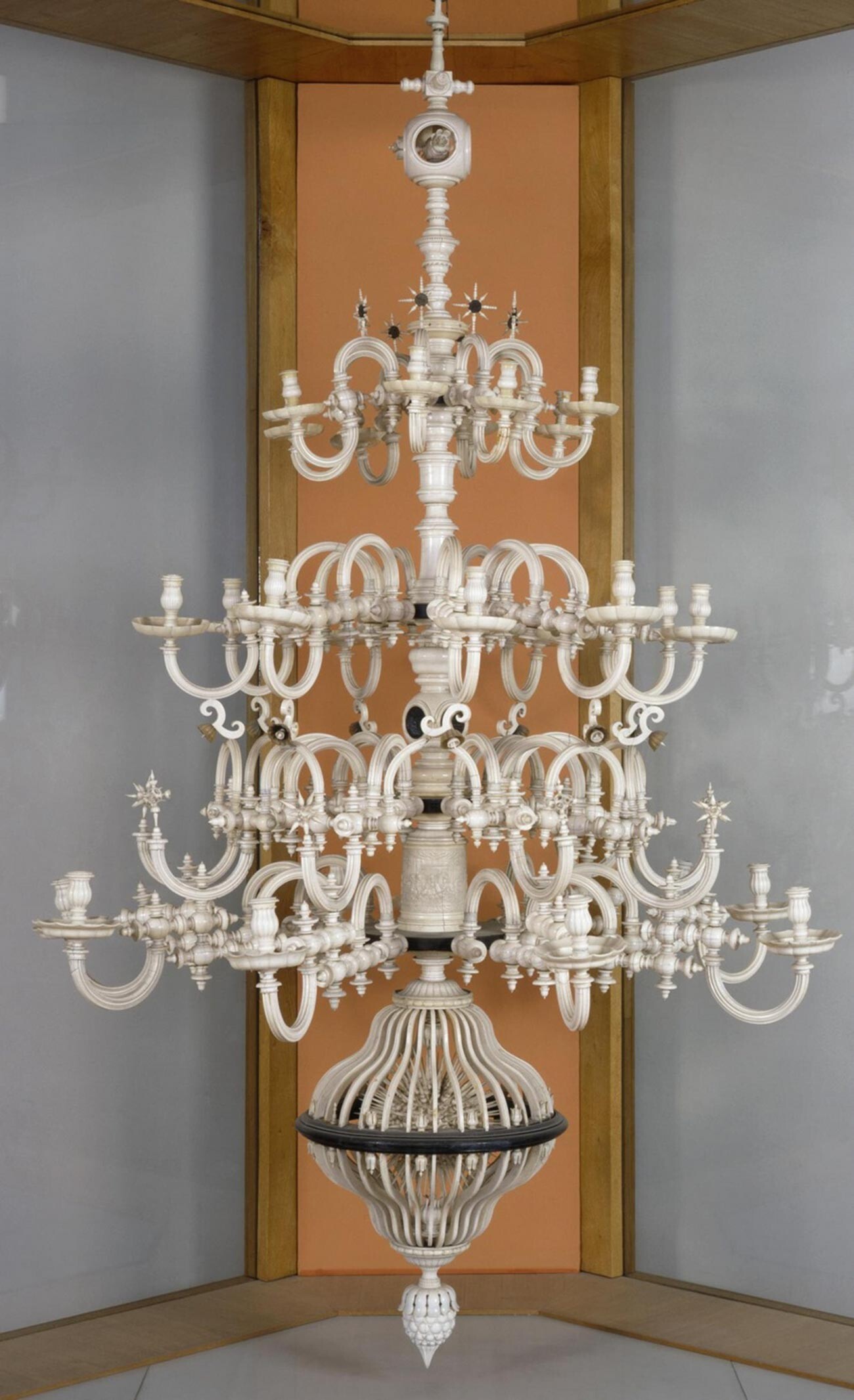 A chandelier created in Peter's turnery by Ivan Zakharov and Peter the Great.

The Lathe machine was among the first foreign machines young Peter ordered from abroad, learning different crafts as a boy in Moscow. Later, in St. Petersburg, Peter organized a turnery right beside his own apartments in the palace. Peter was very often seen spending time in the workshop, making things.

One of them was a chandelier for 27 candles, which Peter himself worked on. It was recently restored in the State Hermitage. 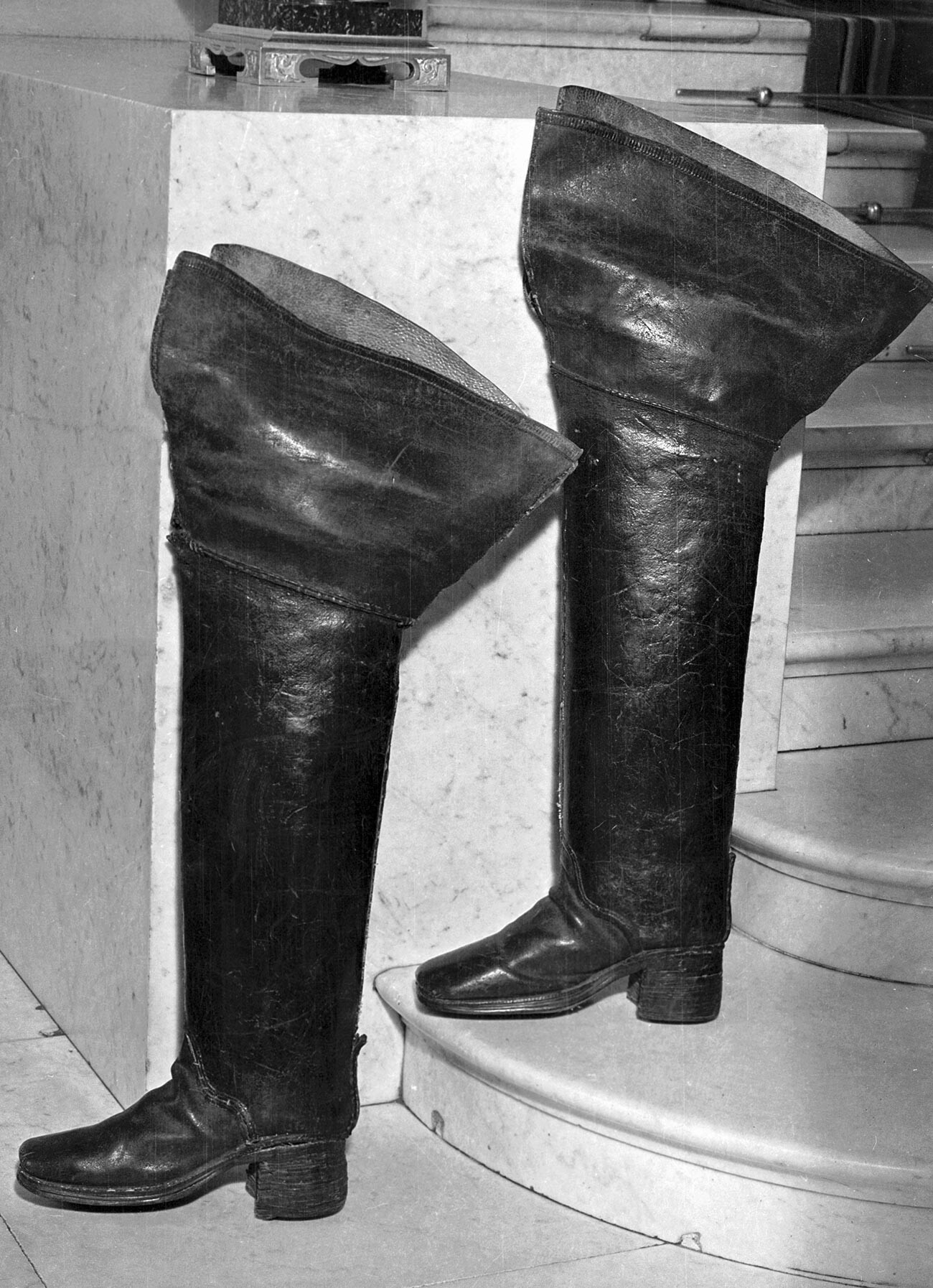 The boots made by Peter Great, stored in the Kremlin Armoury.

The Moscow Kremlin museums store boots (Facebook link) that were allegedly made by tsar Peter himself. 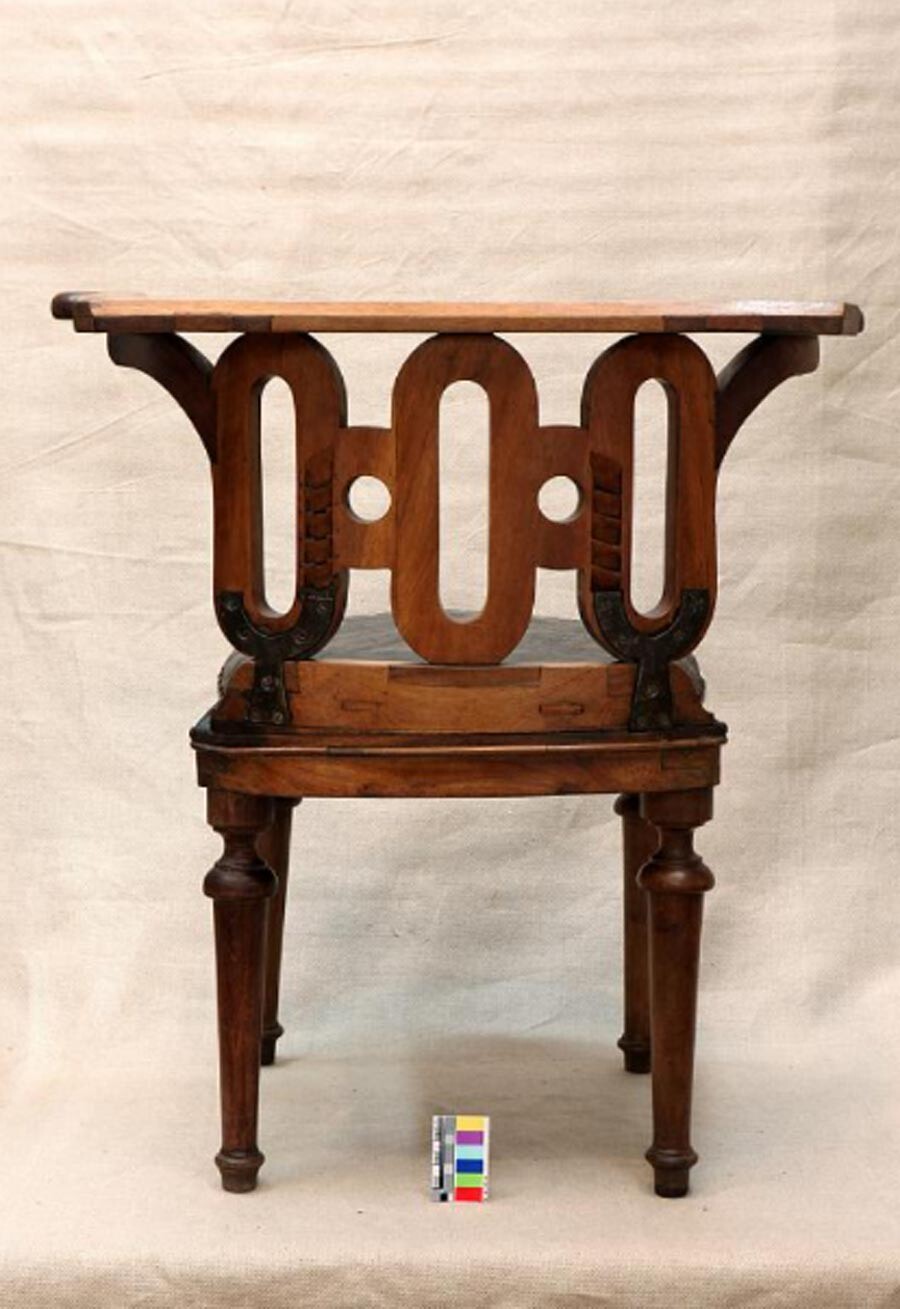 A chair made by Peter the Great

As an experienced turner, Peter could also make simple furniture. This chair, on display in Moscow’s Kolomenskoye State Museum Reserve, was made by the Emperor. 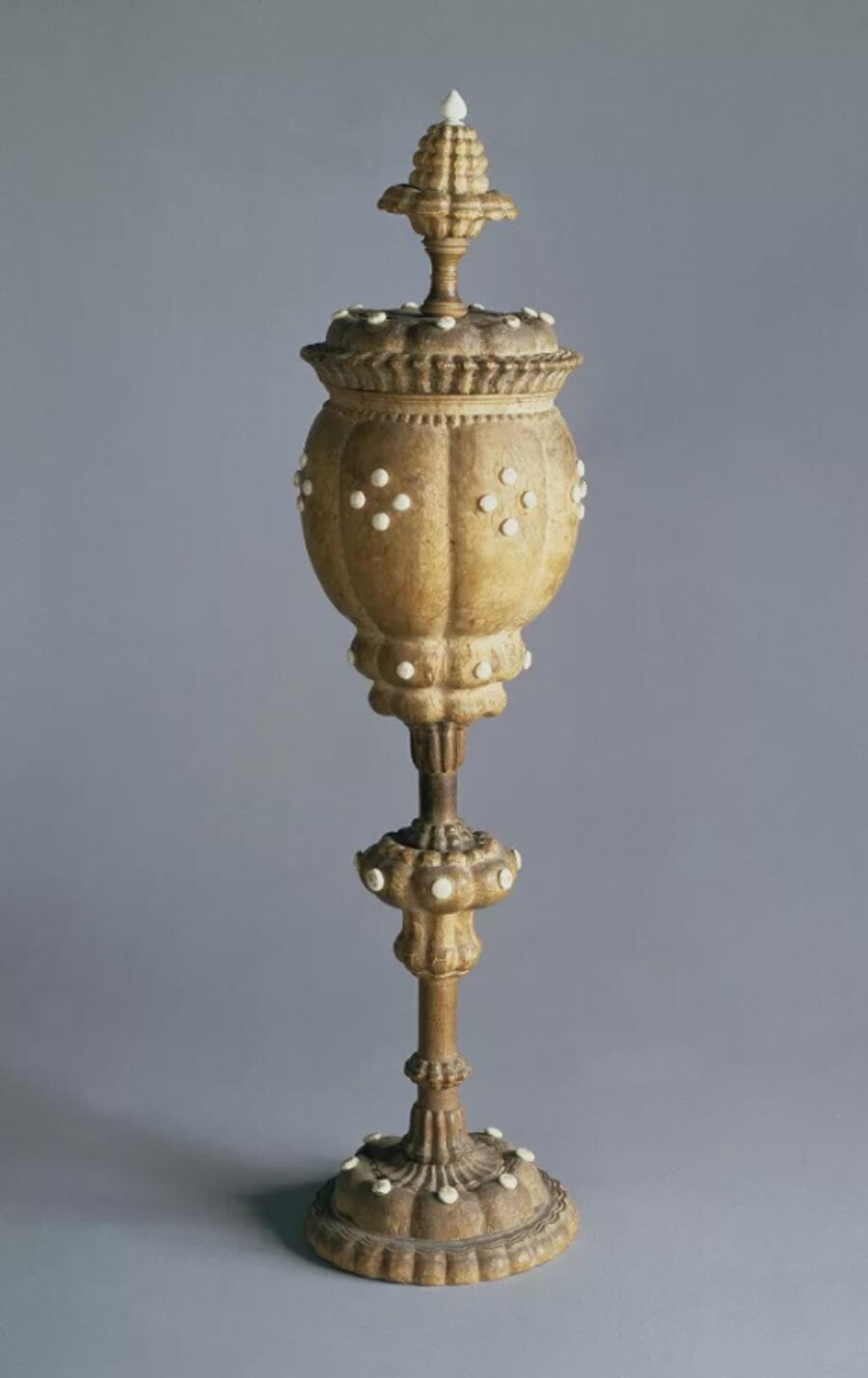 A curly birch wood goblet created by Peter the Great.

In his turnery, Peter and his disciples created classic “schooling” objects, like this wooden cup made out of curly birch tree, with ivory decoration.