This was Russia’s only ‘window’ into Europe for centuries 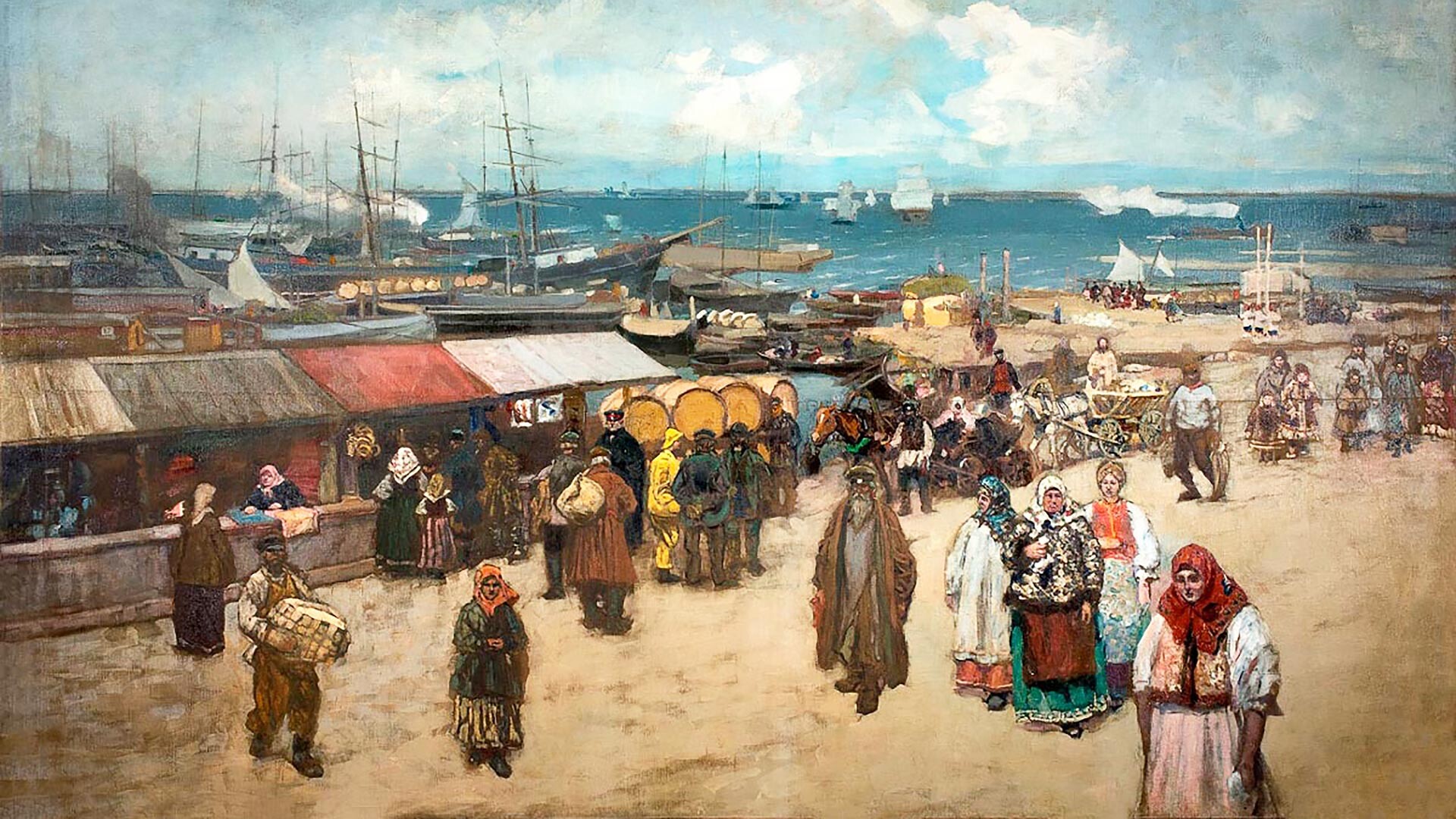 Bazaar at the Wharf in Arkhangelsk, 1896.

Konstantin Korovin/The State Tretyakov Gallery
Until Peter I fought to create his “window to Europe” through the Baltic Sea, the only window of such kind Russia had ever had was situated in the Arctic Ocean. It was the city of Arkhangelsk.

Today, Russia is being washed by 13 seas. However, this wasn’t always the case. In the 16th century, the country had only been able to directly access the Arctic Ocean and fought a hard battle to establish some sort of a presence in the Baltic Sea. It was nearly impossible to engage in trade with Western Europe in such conditions - but it was absolutely necessary for Russia’s continued development. 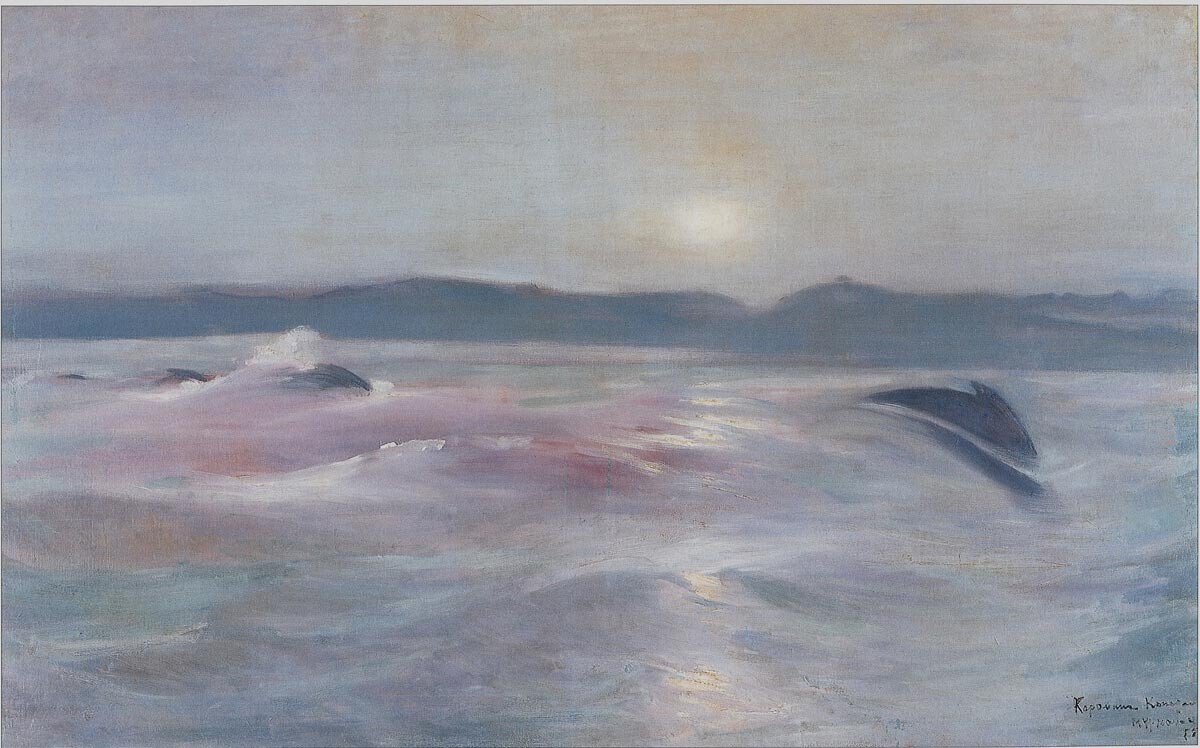 In 1581, during the Livonian War, Swedish forces captured Narva - the only large Russian port on the Baltic coast. Ivan IV had nothing left to do but to look to the north. English traders by then had already carved a route to Russian settlements on the shores of the White Sea; however, there were too few local piers for effective trade to take palace and a large full-fledged port was required. 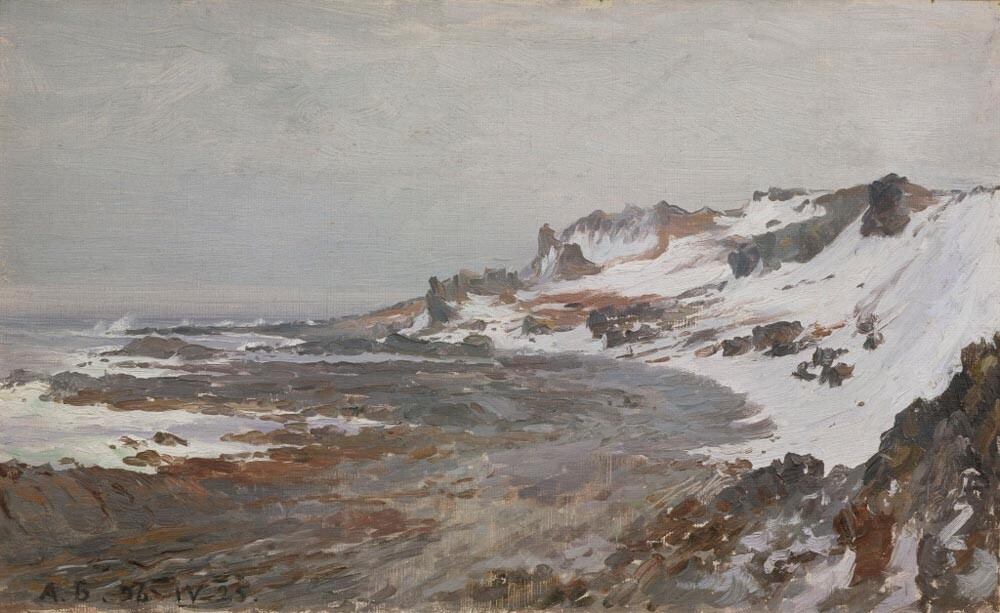 On March 4, 1583, the tsar ordered the establishment of a city near the Mikhailo-Archangel monastery, located at the mouth of the Northern Dvina River, 30 kilometers from the White Sea. The following year, the New Kholmogory fortress was built there and, from the 17th century onwards, it became known as Arkhangelsk. “The fortress was constructed from masts tied together… so skillfully, they are held together without the aid of nails or wedges and it is fantastic work, although it was done with the aid of a single ax; even so, the most skillful master of carpentry could not have produced anything better,” French trader Jean Sauvage wrote. 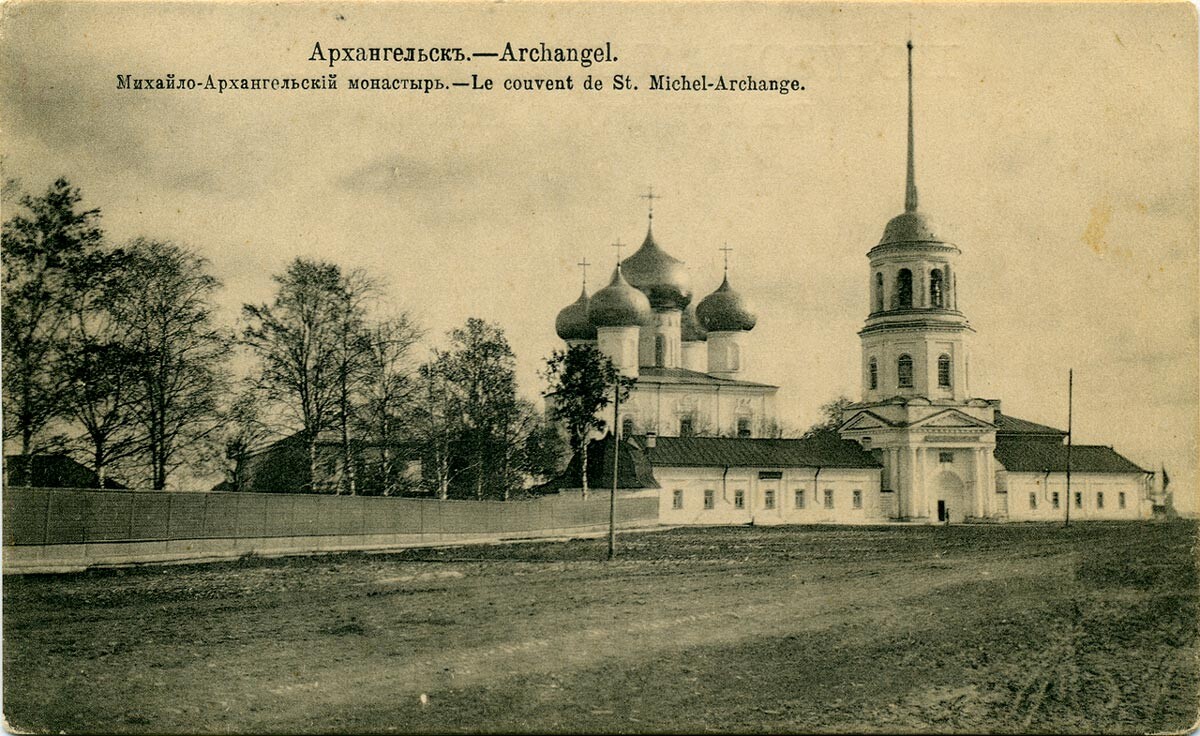 Arkhangelsk developed rapidly as a city: a large sea pier was constructed, as well as trade centers for foreign merchants - so-called Guest Courts. Brits, Dutch and other “Germans” brought imported cloth, velvet, lace, wines, precious stones, gunpowder and cannons, bringing back with them wheat, pork and pork fat, sable, sap and other commodities. Almost all of Russia’s trade with the West in those days used to be conducted through Arkhangelsk. 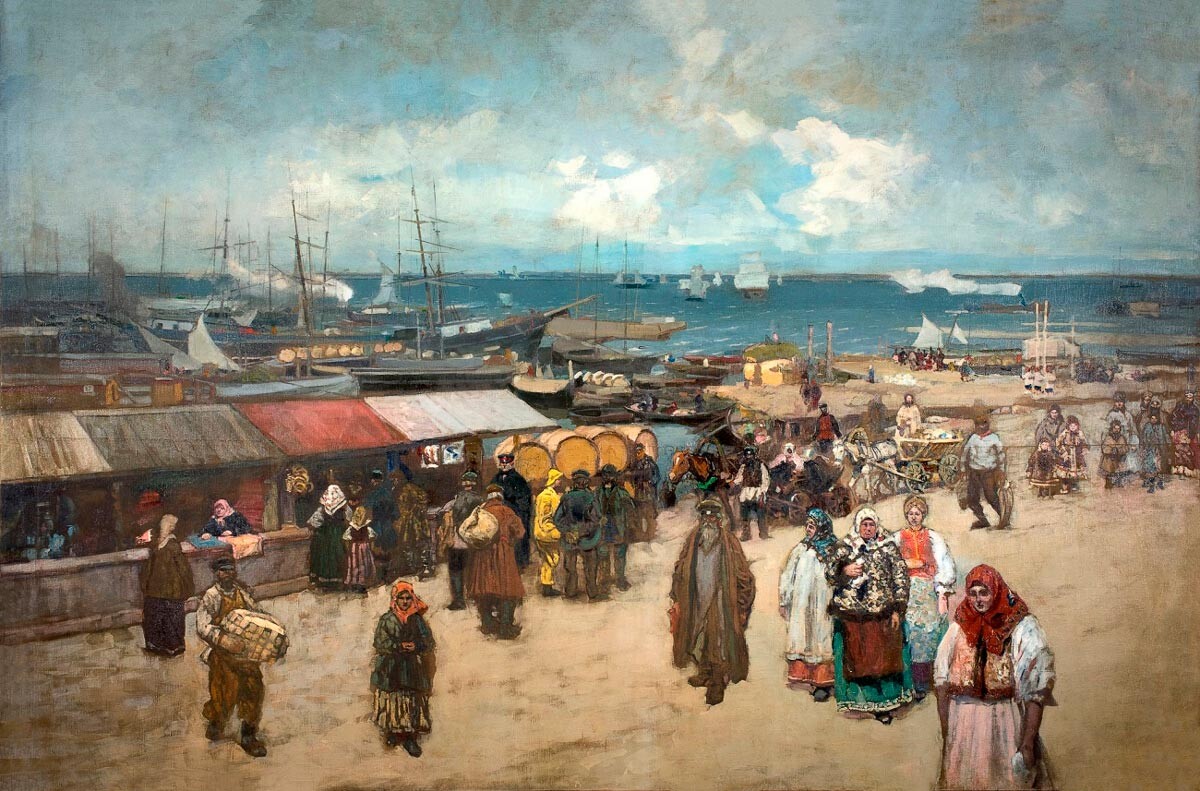 Bazaar at the Wharf in Arkhangelsk, 1896.

Peter I visited the city in 1693 and came to be rather impressed with what he saw: the amount and variety of foreign ships dazzled the young tsar. On his orders, the Solombal Shipyard was founded, which oversaw the construction of the Russian trading and naval fleet. On June 25, 1701, at the very start of the Northern War against Sweden, the enemy attempted to take the city, but was crushed in the vicinity of the Novodvinsk fortress, which guarded the approaches. This became the first major Russian victory in that war. 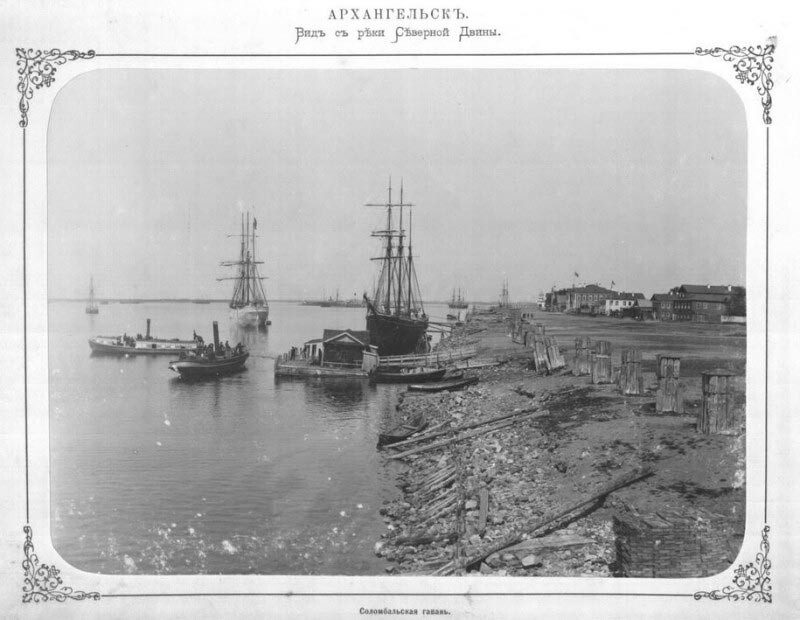 At the start of his reign, Peter I accomplished a great deal for the development of Arkhangelsk, but, in the end, it was also he who bore the blame for the declining glory of this key center of Russian trade. After the tide of the war turned in Russian favor, the tsar’s decrees began deliberately redirecting the flow of trade from Arkhangelsk to St. Petersburg, founded in 1703. In 1718, only a third of the exports went through the northern port; and, after the fighting ended, “the city on the Neva” presided over virtually 100 percent of all trade with Western states. 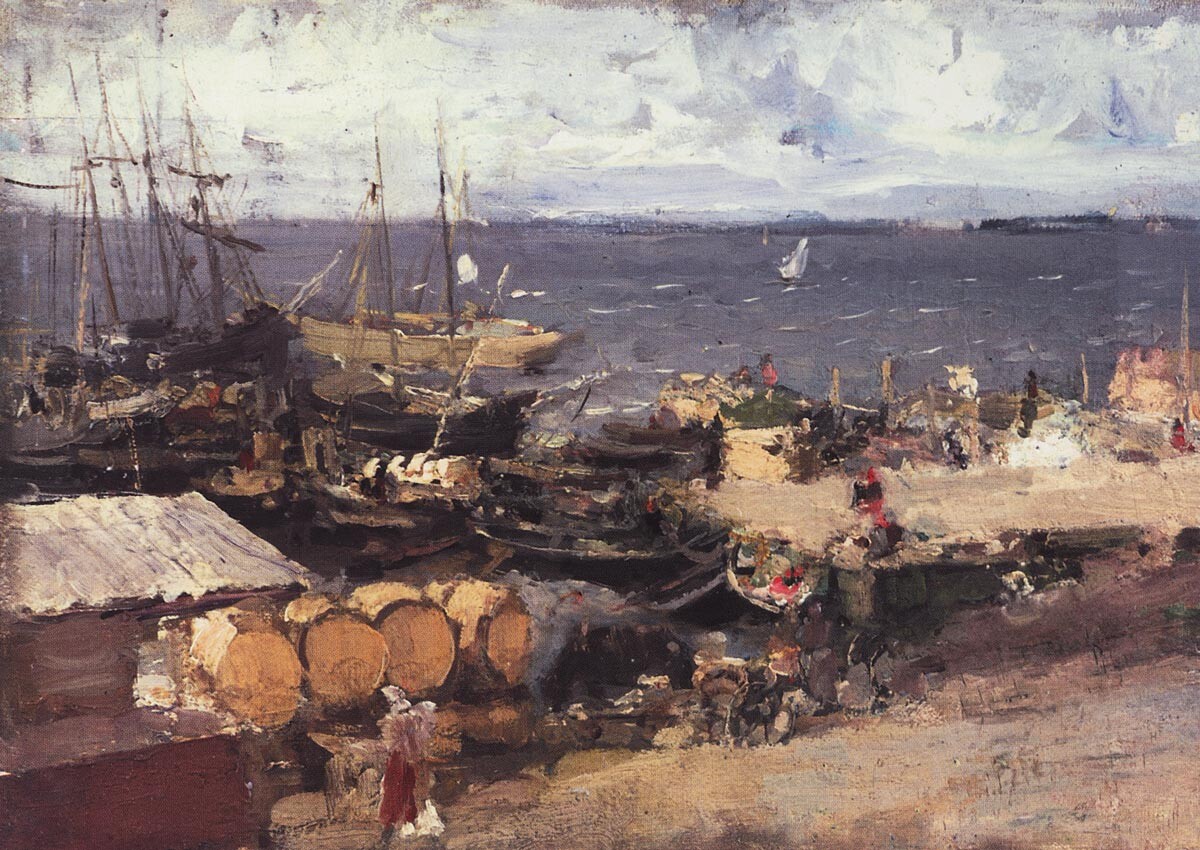 During Catherine II’s reign, Arkhangelsk completely stopped distracting from St. Petersburg’s development and the empress lifted all the restrictions placed on it by Peter. Nevertheless, the city could not have hoped for a return to its former glorious status and was far behind the capital - as well as Riga and Revel (present-day Tallinn). When 1916 arrived, the old port gave up even more influence when the Murmansk port (in the Barents Sea) was founded and whose waters never froze over. 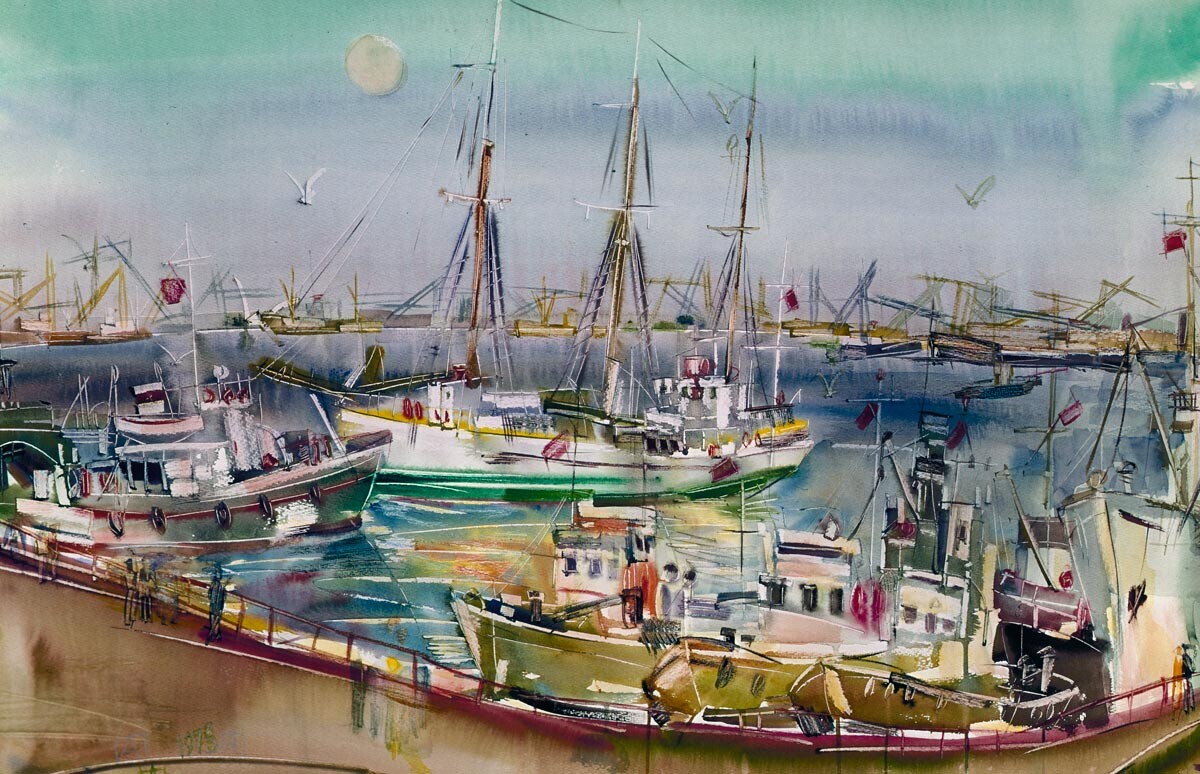 Still, when World War I and II happened, there were massive issues with navigating the Baltic and Black seas and Arkhangelsk had become a genuine hattrick for the Soviet Union. Shipments of wheat, timber and other commodities were being sent to Allied countries from it; and, in return, Russia received shipments of arms and ammunition. The first Allied Architect convoy with strategic shipments - the ‘Dervish’ - arrived in Arkhangelsk on August 31, 1941. 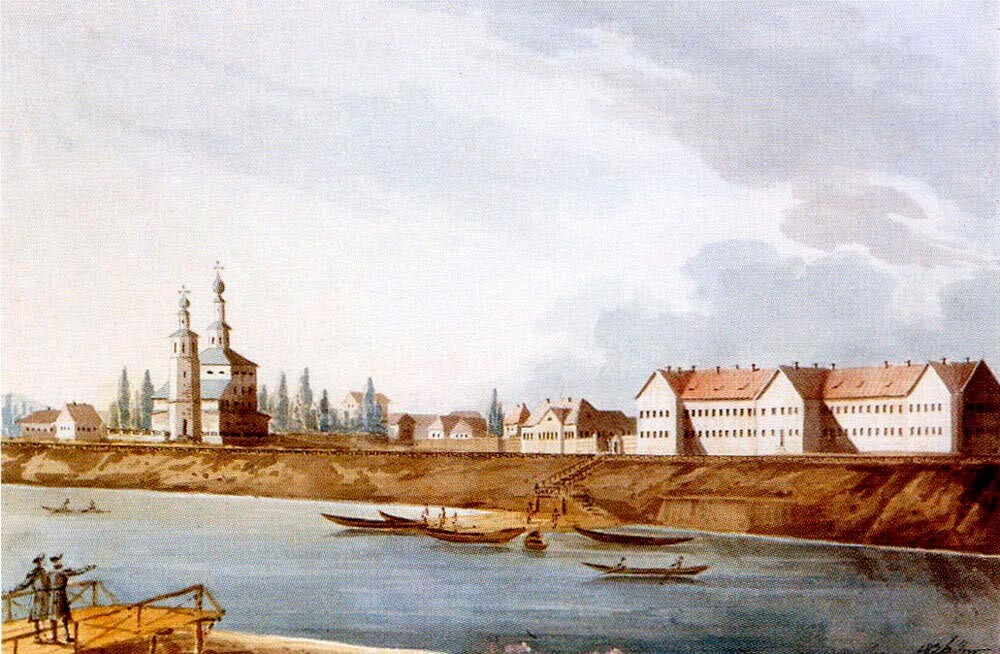 Arkhangelsk has long stopped being the main port in Russia, and never served the purpose of the “northern gate” in the country, with the honor instead being bestowed on Murmansk. However, there is one area it never fell behind in: as in the 18th century, the city continues to play a major role in the launching of scientific expeditions into the Arctic. 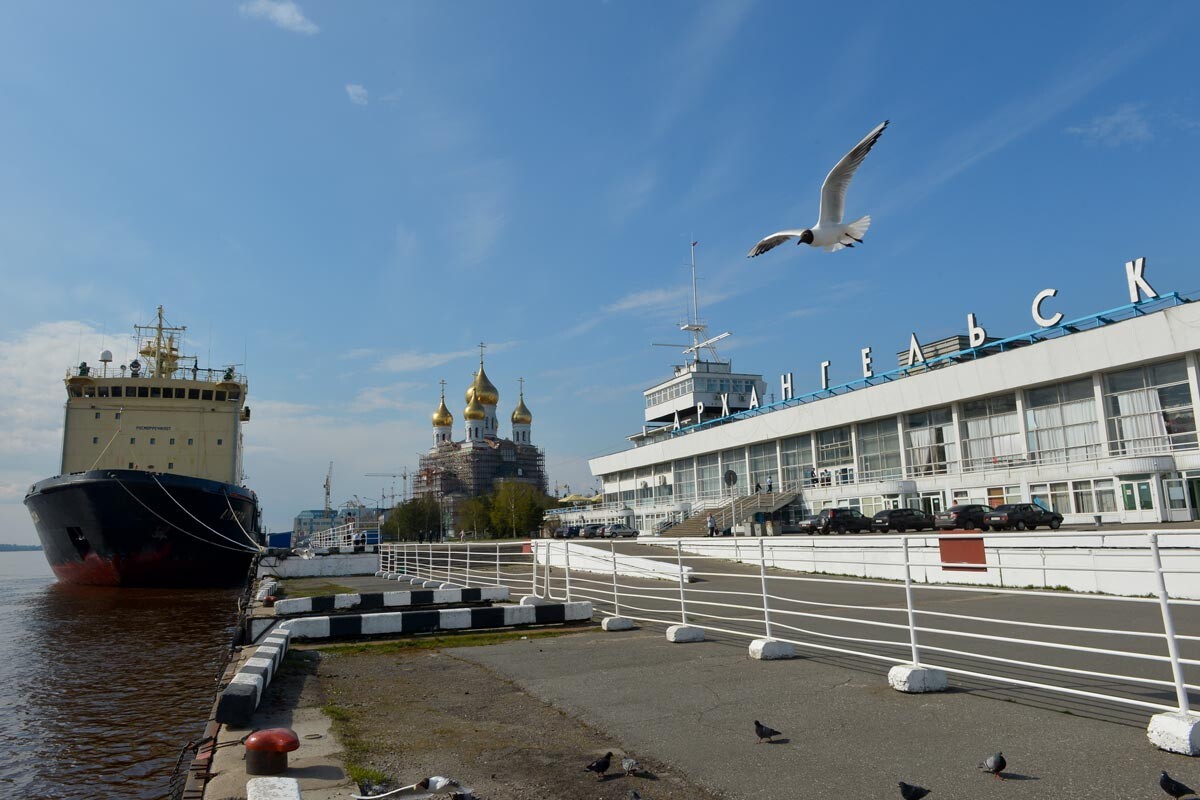 The marine-river passenger terminal in Arkhangelsk.