Murmansk: The world's largest city above the Arctic Circle 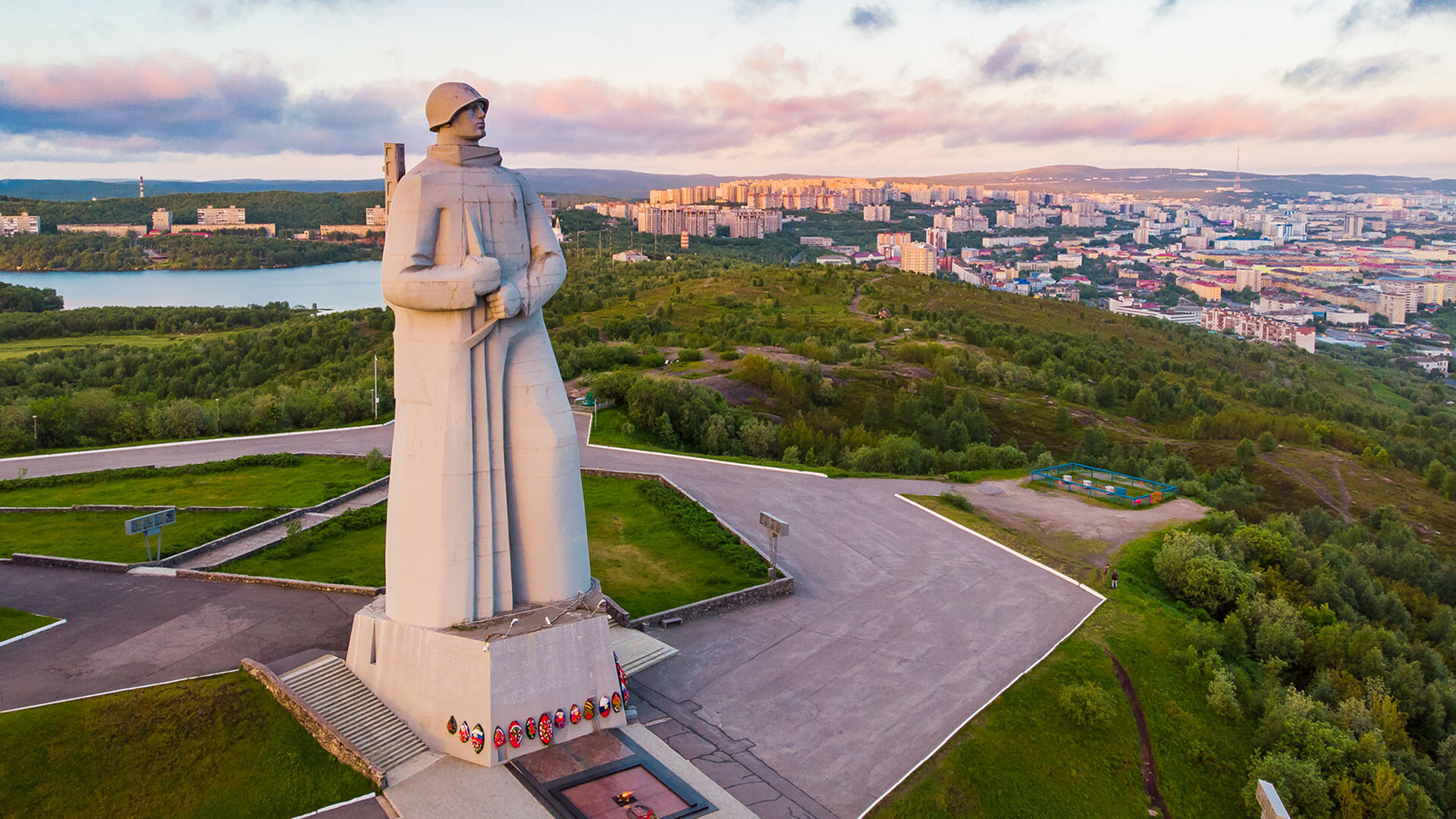 Legion Media
Murmansk was completely destroyed during World War II. In terms of the number of German bombs dropped per square meter, it is second only to Stalingrad.

Located on the coast of the cold Barents Sea, Murmansk serves today as the main "northern gateway" of Russia. One of the country's largest ports, through which it conducts regular trade with the rest of the world, is located here. 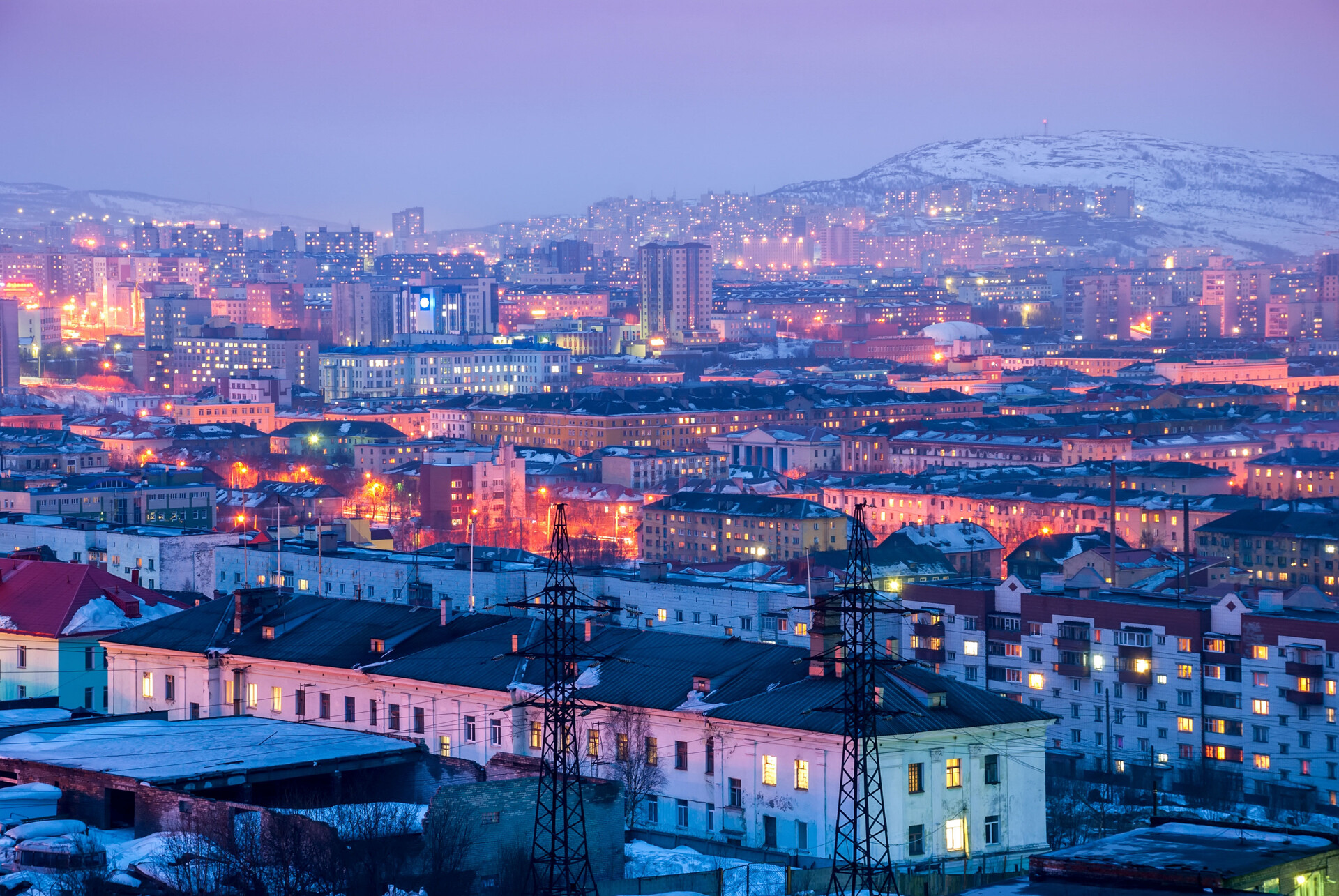 Murmansk is the largest city in the world, located above the Arctic Circle. Today more than 282,000 people live there. Life in the local harsh climate is not at all succulent, since the temperature here, even in summer, rarely rises above 16 C. 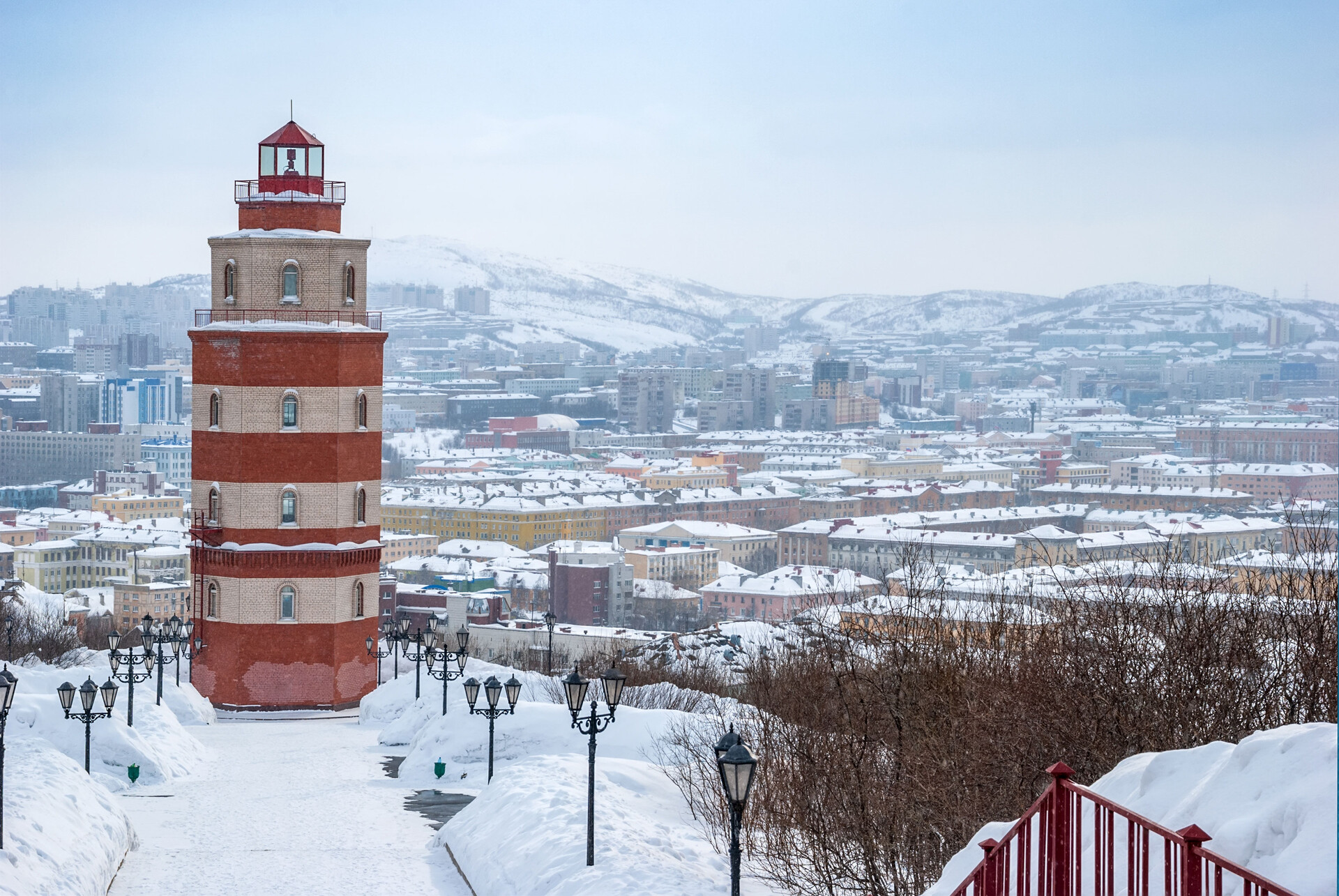 Before Murmansk appeared on the map of Russia in the early 20th century, Arkhangelsk, founded on the White Sea coast in 1584, played the role of the country’s main "northern gate". Except that Murmansk has a huge advantage over it - it does not freeze. 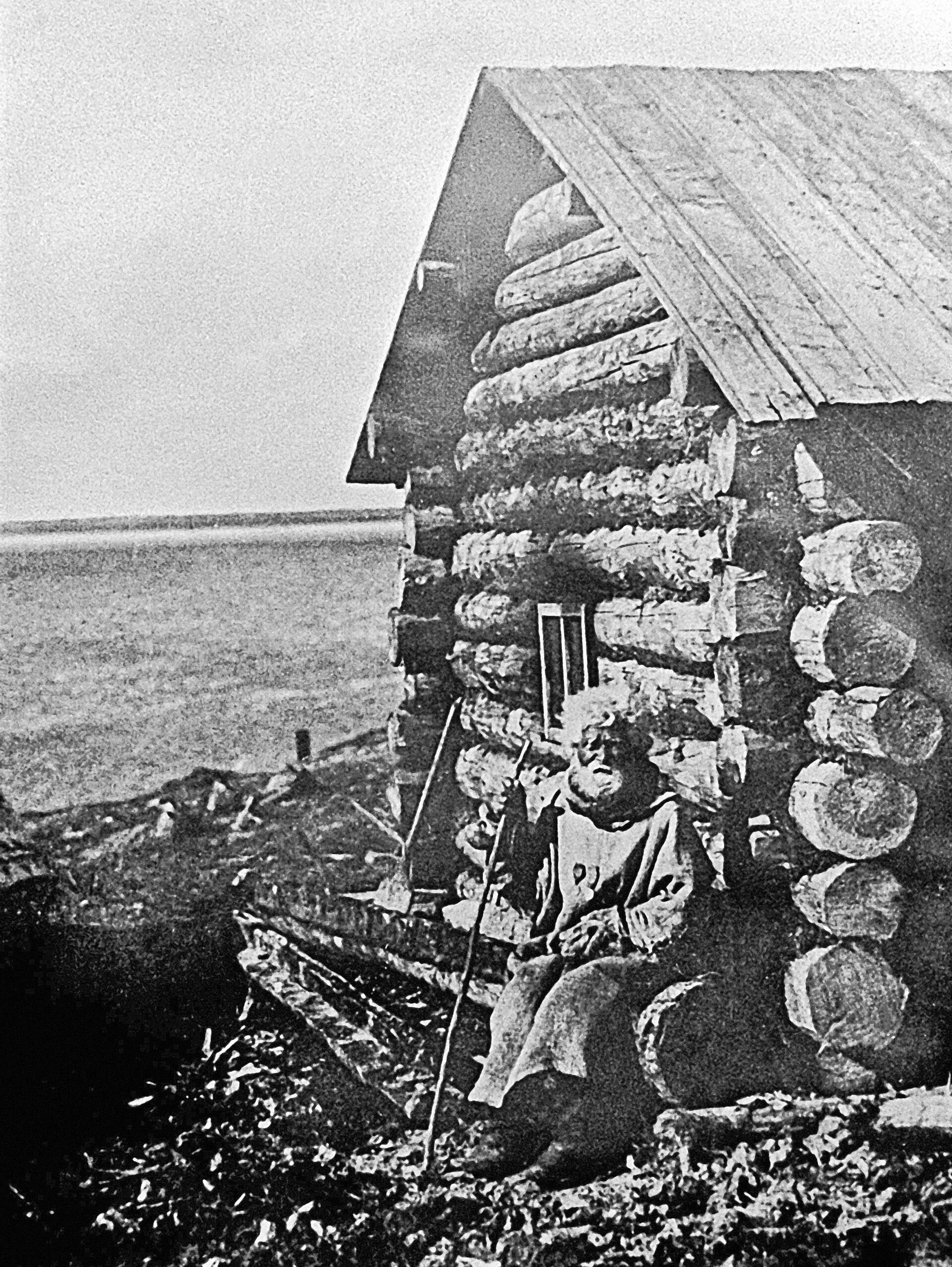 One of the first inhabitants of Murmansk.

The need for a frost-free port in the north appeared in Russia during World War I. As a result of the enemy's actions on the Baltic and the Black Sea, routes with Western Europe were cut, by which the country received from its Entente allies weapons and sent them raw materials in return. It was then that the eyes of the empire's leadership turned to the north. 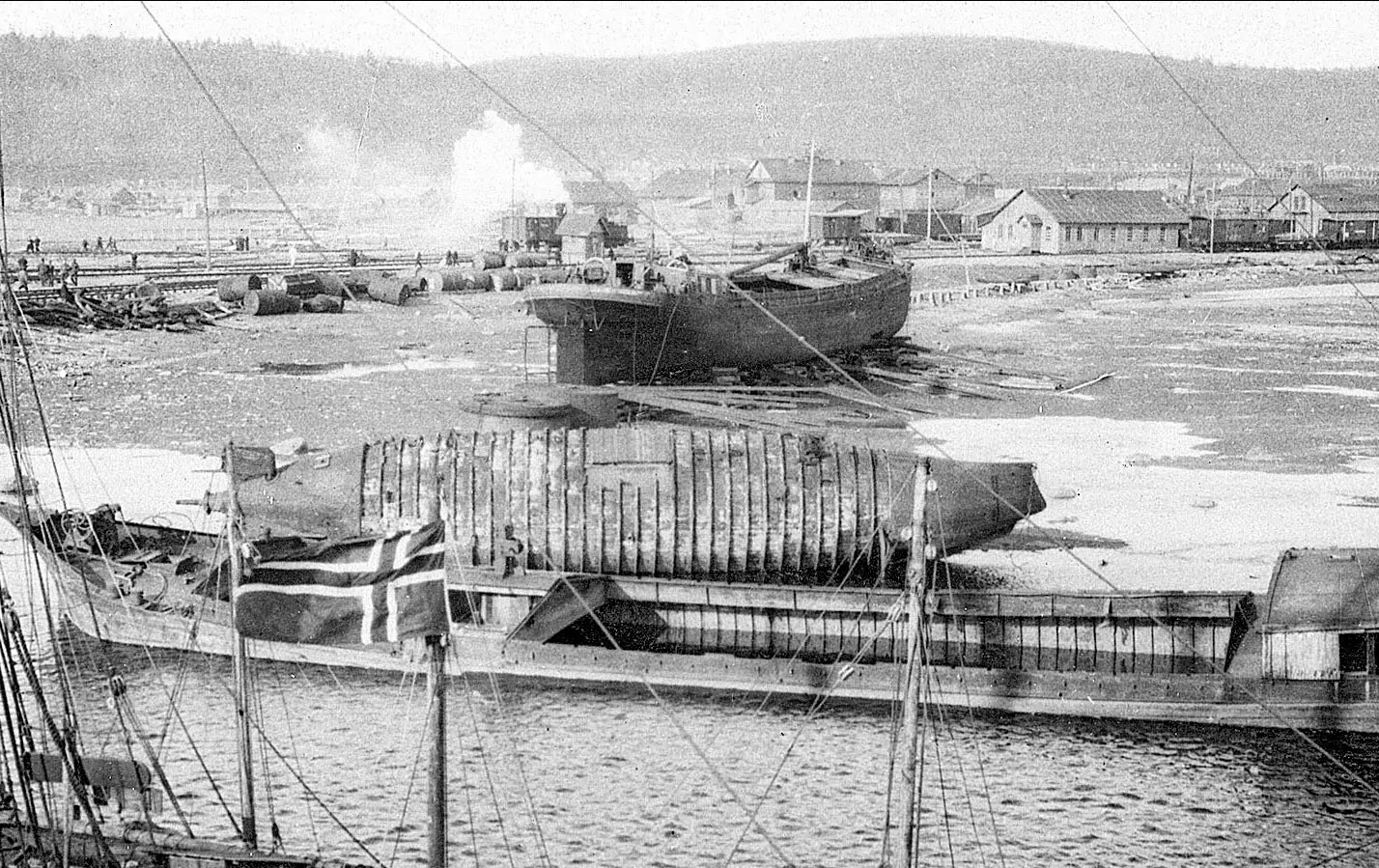 A sea port and the settlement Semenovsky was founded in 1915 on the coast of the Barents Sea, known since ancient times as "Murman". On October 4 of the next year, the solemn ceremony of laying the foundation stone of the church in honor of the patron saint of sailors - Saint Nicholas of Myra - took place. Since that date the city named in honor of Emperor Nicholas II, Romanov-on-Murman, leads its history. Six months later it became known as Murmansk. 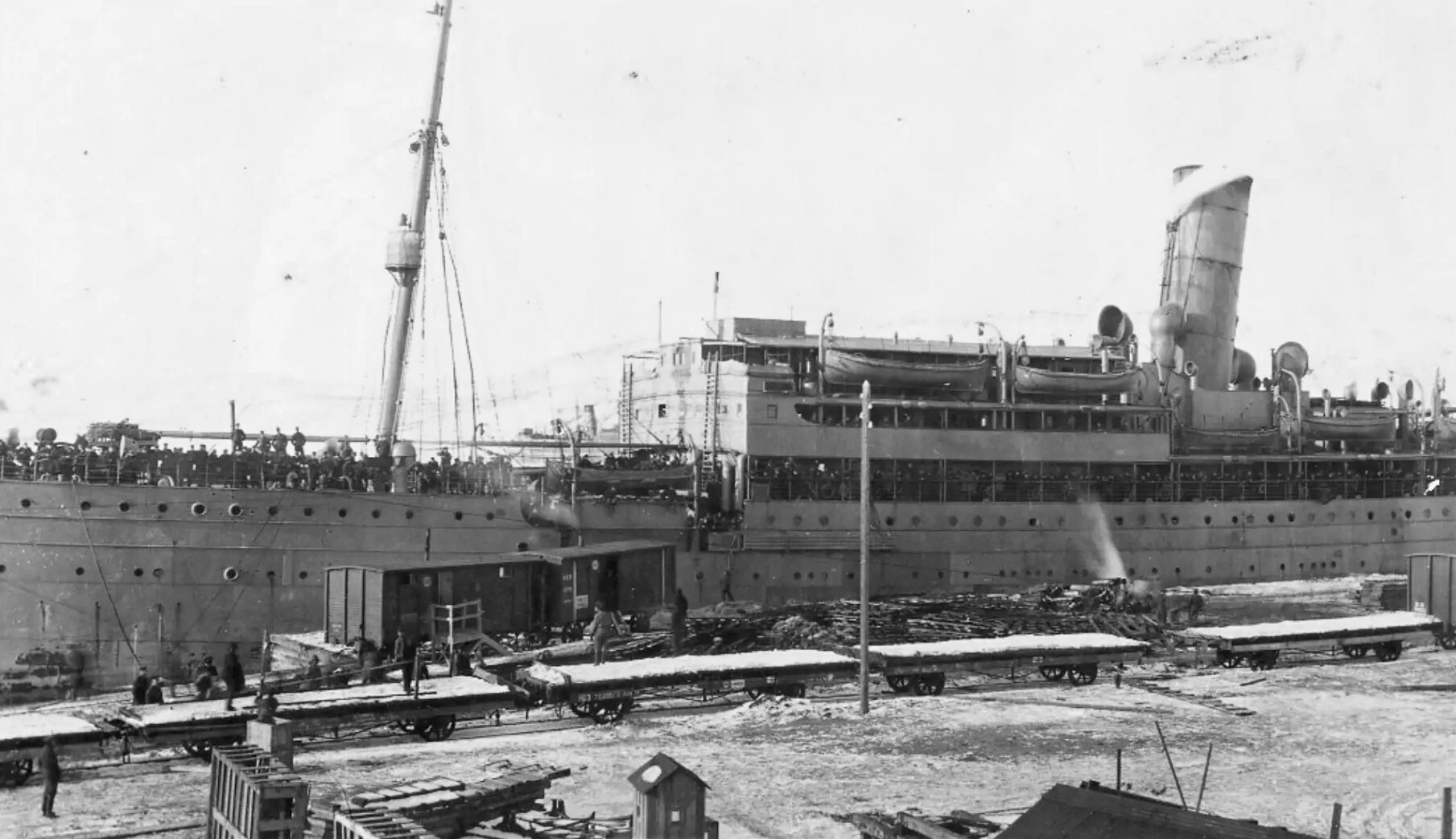 During its short history, the last city founded in the Russian Empire witnessed a lot of turbulent events. After the country was plunged into the abyss of revolutionary chaos and the Civil War, Murmansk became one of the main centers of the White movement and one of the most important bases of the interventionists. For a time British, Canadian, Australian, U.S., French, Italian, Polish and even Chinese troops were stationed here. 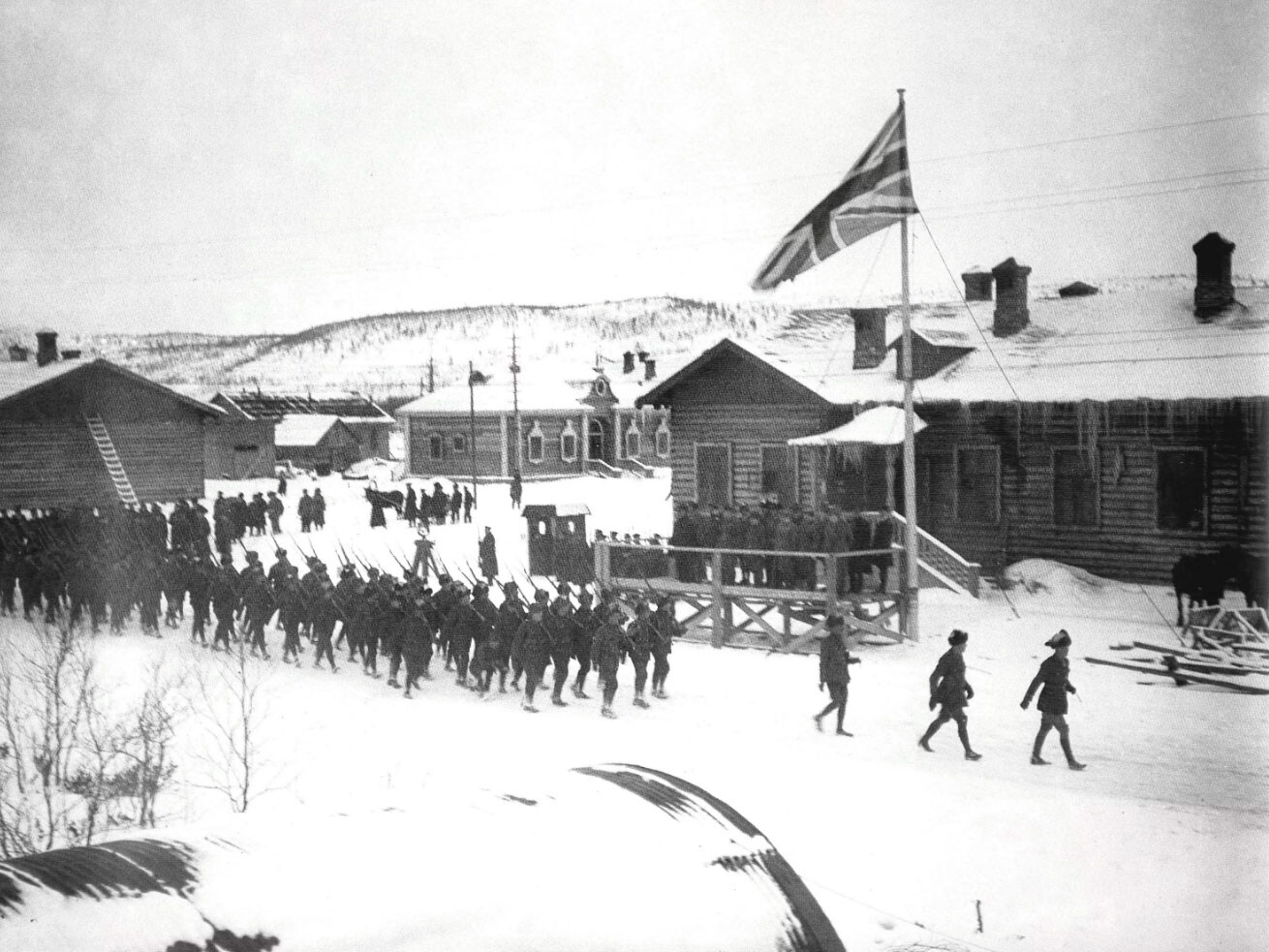 In 1941 the already considerably sprawling city was again in the epicenter of military action. German and Finnish troops tried to take it in the course of "Operation Silberfuchs" ("Silver Fox"), but were defeated. While the enemy stood a few dozen kilometers from the city, convoys with British and American arms for the Red Army were coming here. 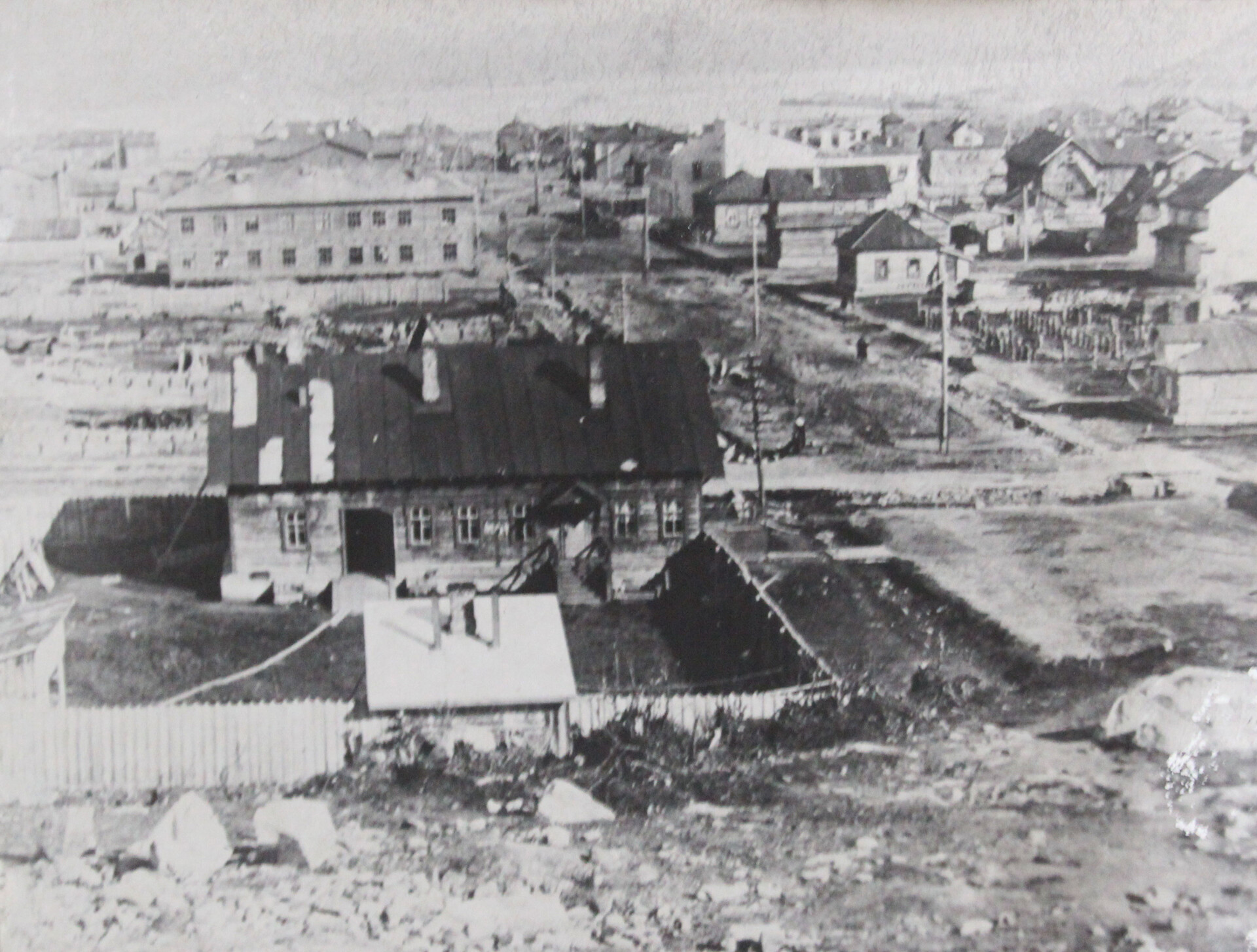 Up until November 1941, the most important city in the Soviet Polar region was defended along with Soviet pilots by pilots of the 151st Royal Air Force Wing, sent to the USSR as part of Operation Benedict. "They came here to fight and fight like real soldiers, selfless and disciplined ... Having got to fight, the British are fighting on a par with my eagles. Maybe somebody else, but I can't say better praise than that," a Soviet commander told reporters at the time. 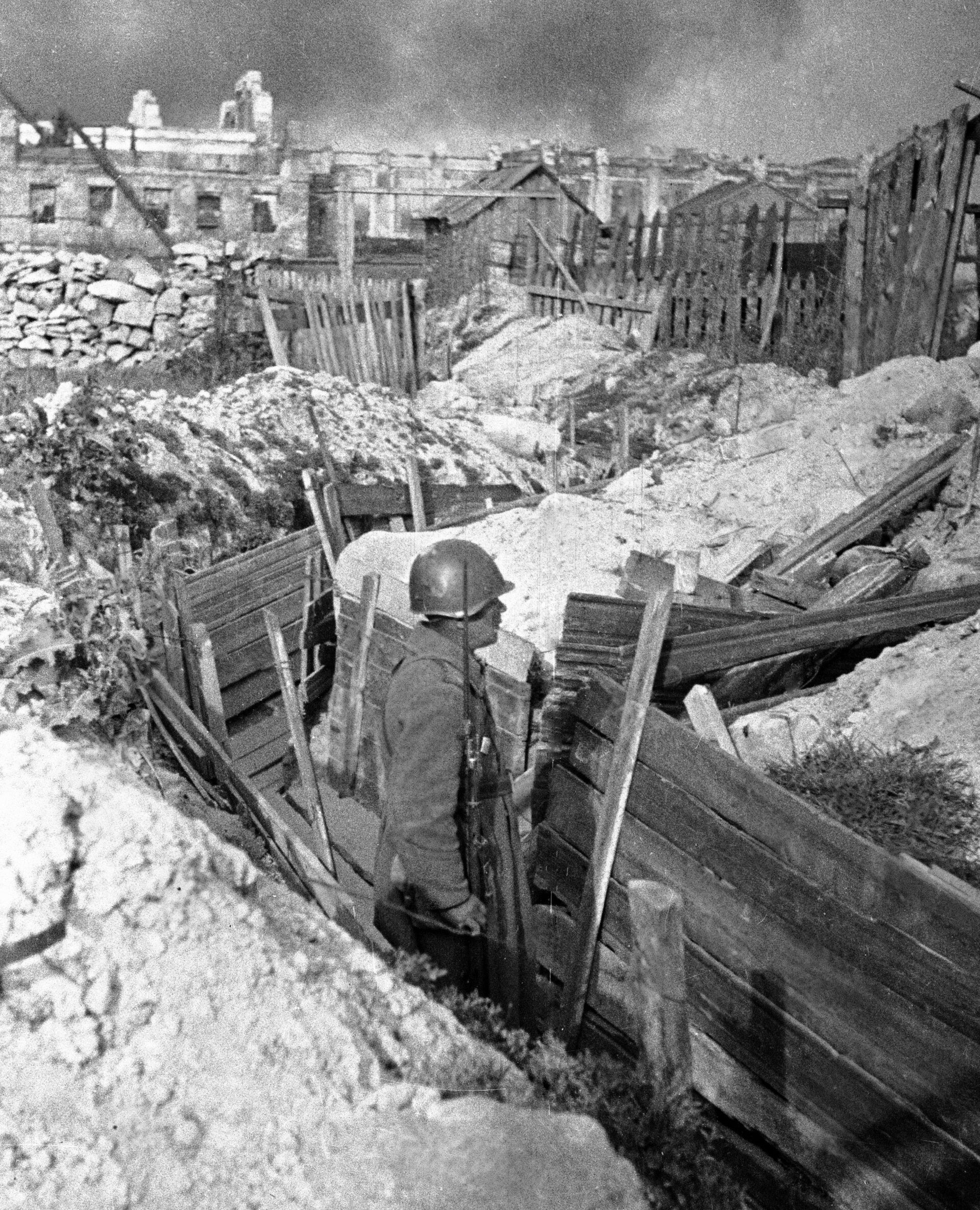 Having failed to take Murmansk, the Germans subjected it to fierce bombardment. The worst blows the Luftwaffe struck on June 18, 1942. Some 12,000 incendiary and thousands of high-explosive bombs were dropped on the city. "It should be borne in mind that Murmansk at the time was mostly wooden" - wrote Andrei Beskorovainy, head of the newspaper "Sentinel of the North" in those days: "Fires broke out in all its ends. Entire neighborhoods were engulfed in flames. The military camp was also on fire. Soon I was told that a storehouse with newsprint and paint was on fire. Only thanks to the fortitude, courage, and heroic efforts of the personnel of the military units, the soldiers of the local anti-aircraft defense, and the population, this gigantic fire was extinguished by evening. On that day the enemy burned and destroyed about 800 dwellings and dozens of public buildings." 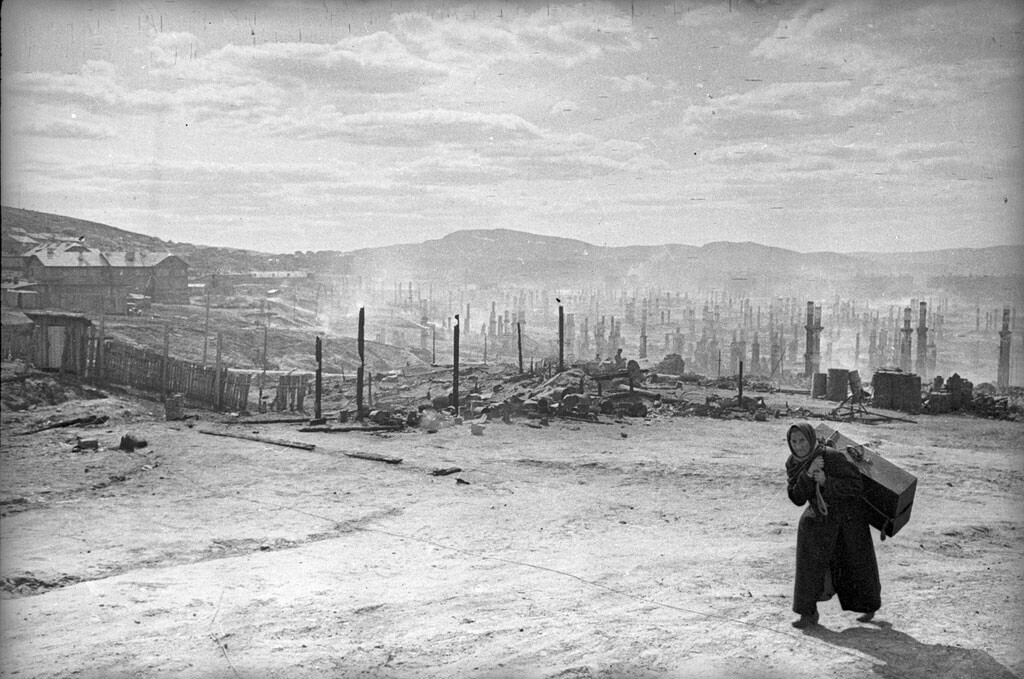 Murmansk after the Luftwaffe raid.

In number and density of bombing among Soviet cities, Murmansk is second only to Stalingrad. The Luftwaffe raids destroyed three-quarters of the buildings. After the end of World War II, the city was included among the fifteen cities, the restoration of which was called a priority task by the Soviet leadership. 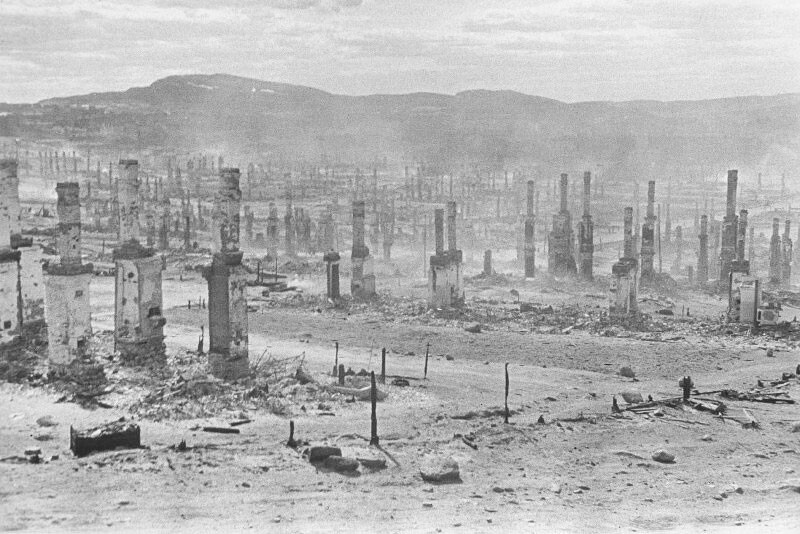