How the West planned to crush the USSR immediately after WWII 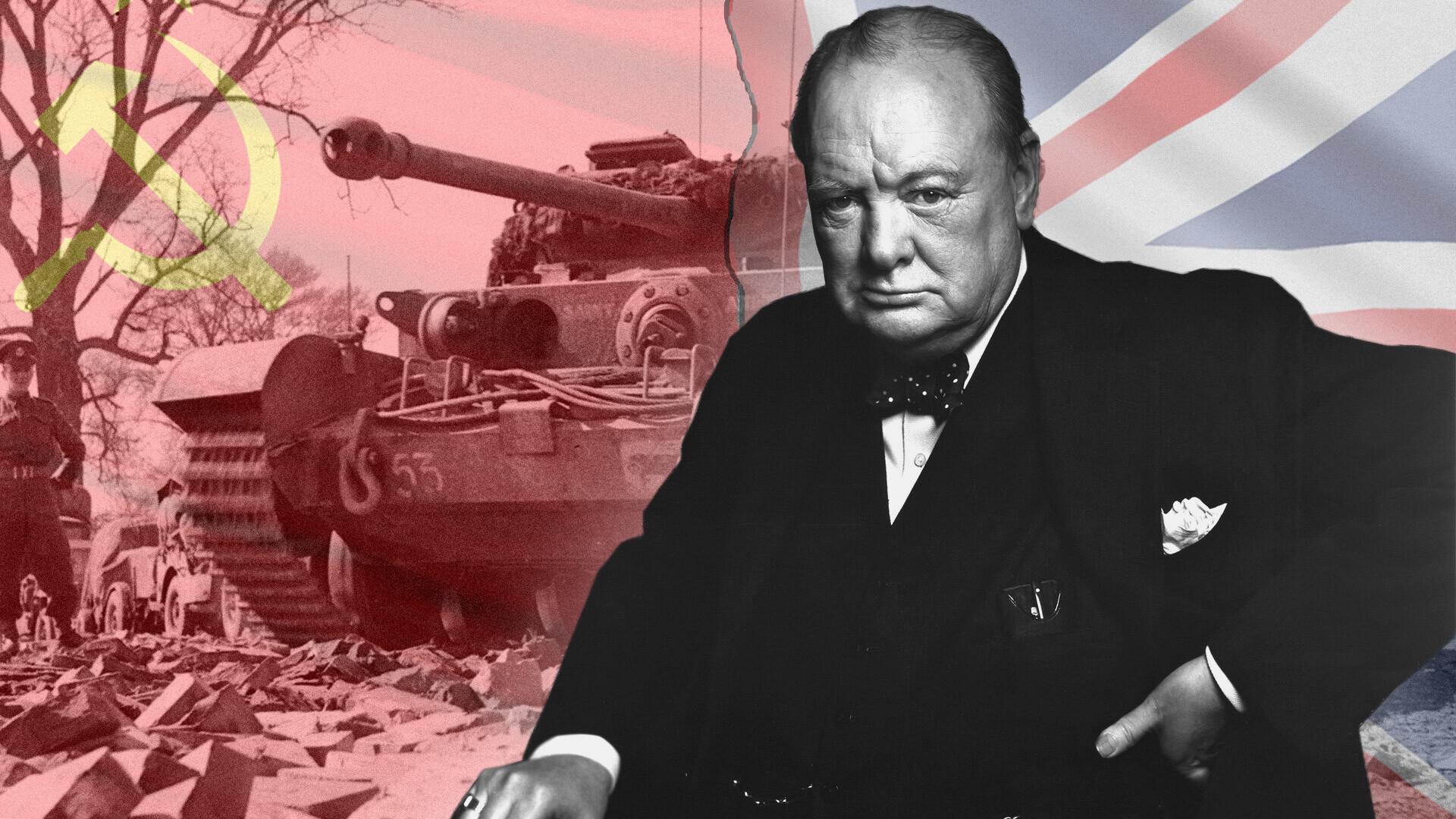 Russia Beyond (Photo:Yousuf Karsh/LibraryArchives; Sgt. Laing/ Imperial War Museums/Getty Images)
Britain did not want to put up with the growing influence of the Russians and was ready to start World War III as early as 1945. Only a sober assessment of the size and power of the Red Army stopped it.

In early May 1945, the USSR and the Western allies finally crushed Nazi Germany with powerful blows from the East and West. The long-awaited peace in Europe, devastated and tormented by years of war, finally arrived. The very idea that a new armed conflict might break out there seemed absurd and blasphemous at the time. But not for everyone.

Even before the celebrations for the victory over German Nazism were over, Prime Minister Winston Churchill had already instructed his military to plan an attack on the Soviets, to be carried out in the summer of that year.

A consistent opponent of Bolshevism, Churchill became a staunch ally of Stalin during the common struggle against Germany. But, as the Red Army advanced deeper and deeper into Europe and the USSR established Soviet rule in the liberated territories, his mood increasingly changed. 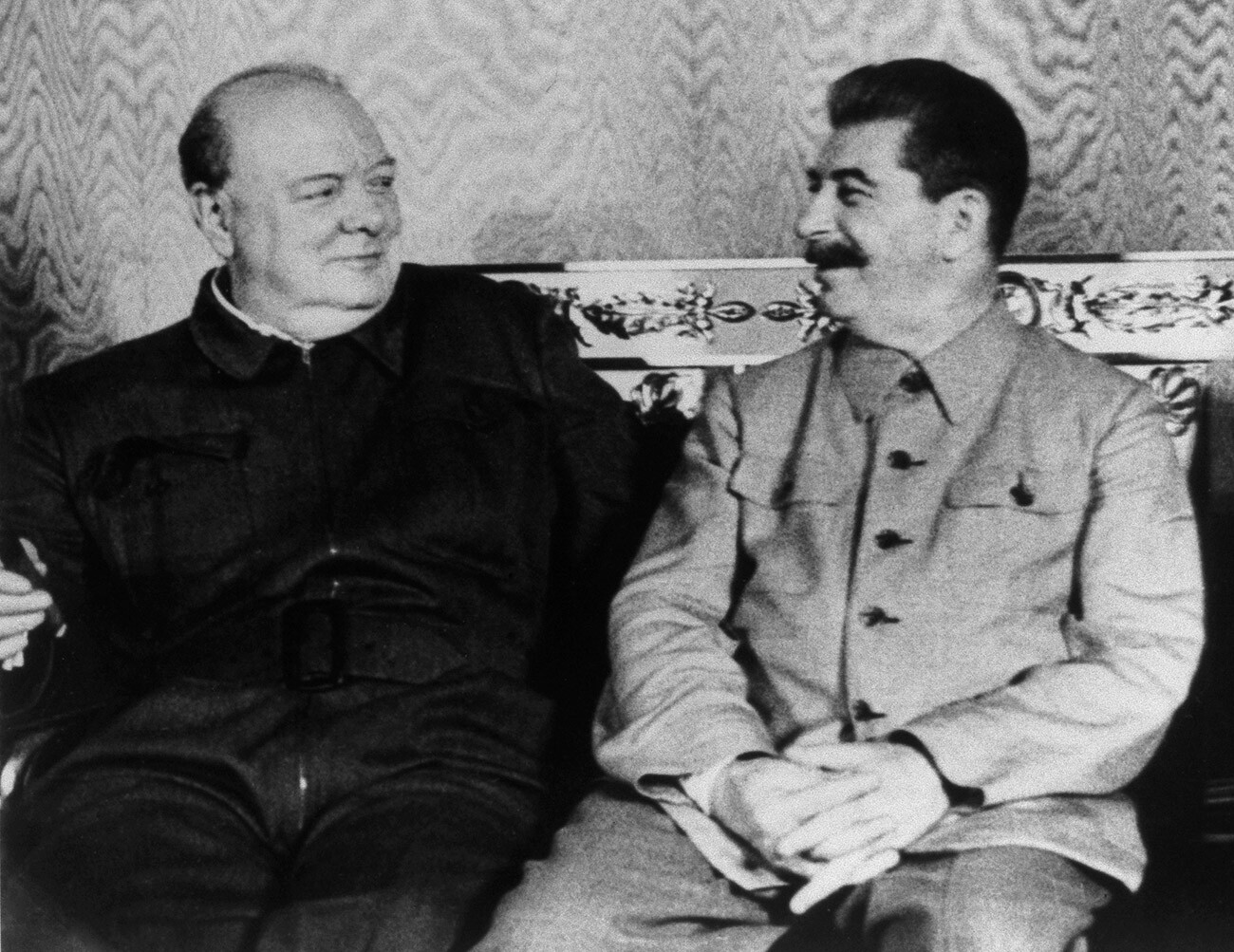 “Terrible things have happened. A tide of Russian domination is sweeping forward… After it is over, the territories under Russian control will include the Baltic provinces, all of eastern Germany, all Czechoslovakia, a large part of Austria, the whole of Yugoslavia, Hungary, Romania and Bulgaria,” Churchill wrote to Foreign Secretary Anthony Eden on May 4.

The Prime Minister could think of nothing else but the terrible threat the Soviet Union posed to the “free world”. Ten years later, in 1955, he described in his memoirs the thoughts of those days: “Japan was still unconquered. The atomic bomb was still unborn. The world was in confusion. The main bond of common danger which had united the Great Allies had vanished overnight. The Soviet menace, to my eyes, had already replaced the Nazi foe.”

On May 22, 1945, the British leader finally received the long-awaited plan for ‘Operation Unthinkable’ from the Joint Planning Staff of the British War Cabinet. Except that the way the military saw the prospects for future war did not please him at all.

The purpose of the military campaign against the Soviet Union was specified as “to impose upon Russia the will of the United States and British Empire”. Under this vague formulation, the expulsion of the Red Army and the Soviet administration from the territories of Germany and Poland was implied. 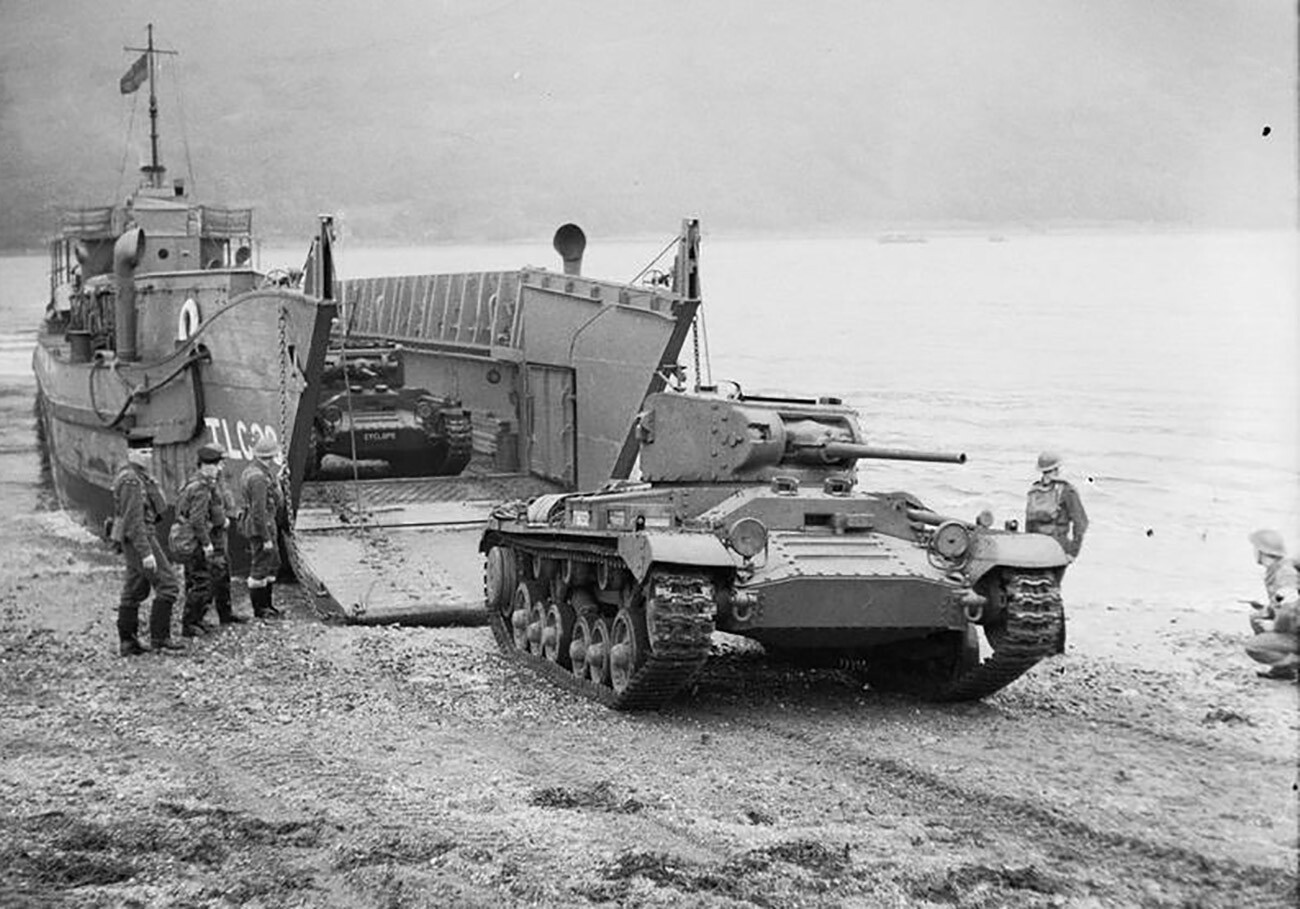 British Valentine tanks being offloaded from a landing craft.

If the military campaign began on July 1, 1945, 47 Anglo-American divisions (14 of which were armored divisions) were to launch two powerful strikes against Soviet forces in northern and southern Germany. After achieving operational success, they were to break into Poland.

In addition to the main forces it was supposed to re-form and re-arm 10 divisions from the former Wehrmacht personnel, as well as to involve in hostilities the anti-Soviet Polish armed formations in the rear of the Red Army. It was emphasized that the Western allies had an advantage in strategic aviation and naval forces.

The British military leaders staked on a quick defeat of the Soviets, which would force the Russians (at least temporarily) to submit to the will of the Western allies and negotiate. If this did not happen, the armed conflict was allowed to escalate to total war.

In proposing to Churchill a plan for a military campaign against the USSR, the British generals did not fail to point out the complexity of its implementation. Total war promised to be long and costly. It was assumed that the occupation of vast Soviet territories would lead (judging from the German experience) neither to the collapse of the existing political regime, nor to an end of resistance by an adversary with “enormous human resources”. 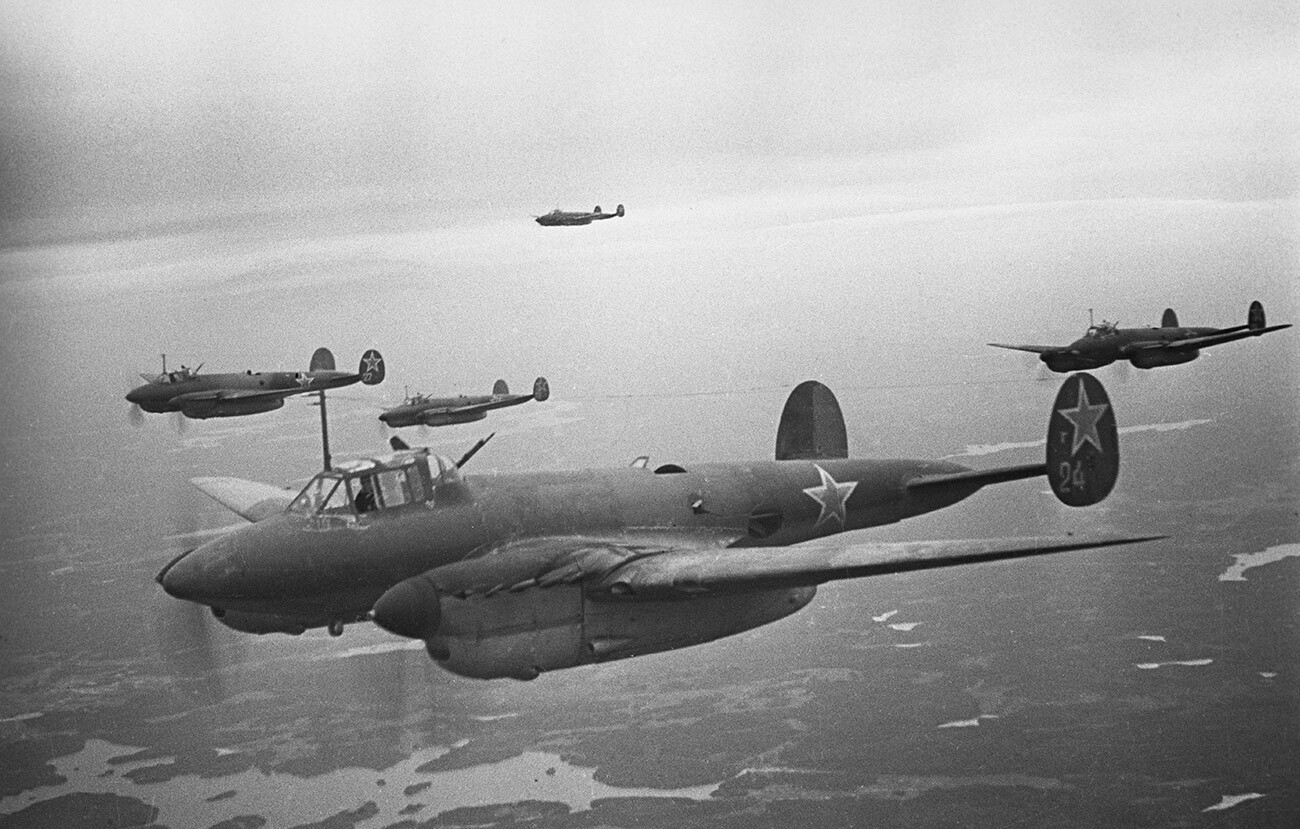 Despite the supremacy of the Allied navies on the seas, it would play almost no significant role in such a war. The second trump card, the total advantage in strategic aviation (2,750 bombers against 960 for the Red Army Air Forces), could not be successfully played either: the great distances to Soviet industry and its dispersion over a vast territory would not have allowed the use of aircraft as effectively as against Germany.

The main factor that made ‘Operation Unthinkable’ unfeasible, however, was the huge number of Red Army troops. According to British calculations, against their 47 divisions the USSR could field a force equivalent to 170 divisions of the Western Allies, of which 30 divisions would be armored divisions.

“The existing balance of strength in Central Europe, where the Russians enjoy a superiority of approximately three to one, makes it most unlikely that the Allies could achieve a complete and decisive victory in that area in present circumstances,” the report stated. “Although the Allied organization is better, equipment slightly better and morale higher, the Russians have proved themselves formidable opponents of the Germans. They have competent commanders, adequate equipment and an organization which, although possibly inferior by our standards, has stood the test.”

Military experts believed that the Soviet Union could occupy Norway, Greece and Turkey, thus cutting off the access of the British and American fleets to the Black Sea, should the conflict break out. Moreover, the prospect of the Russians joining an alliance with the Japanese was seen as quite probable.

From attack to defense 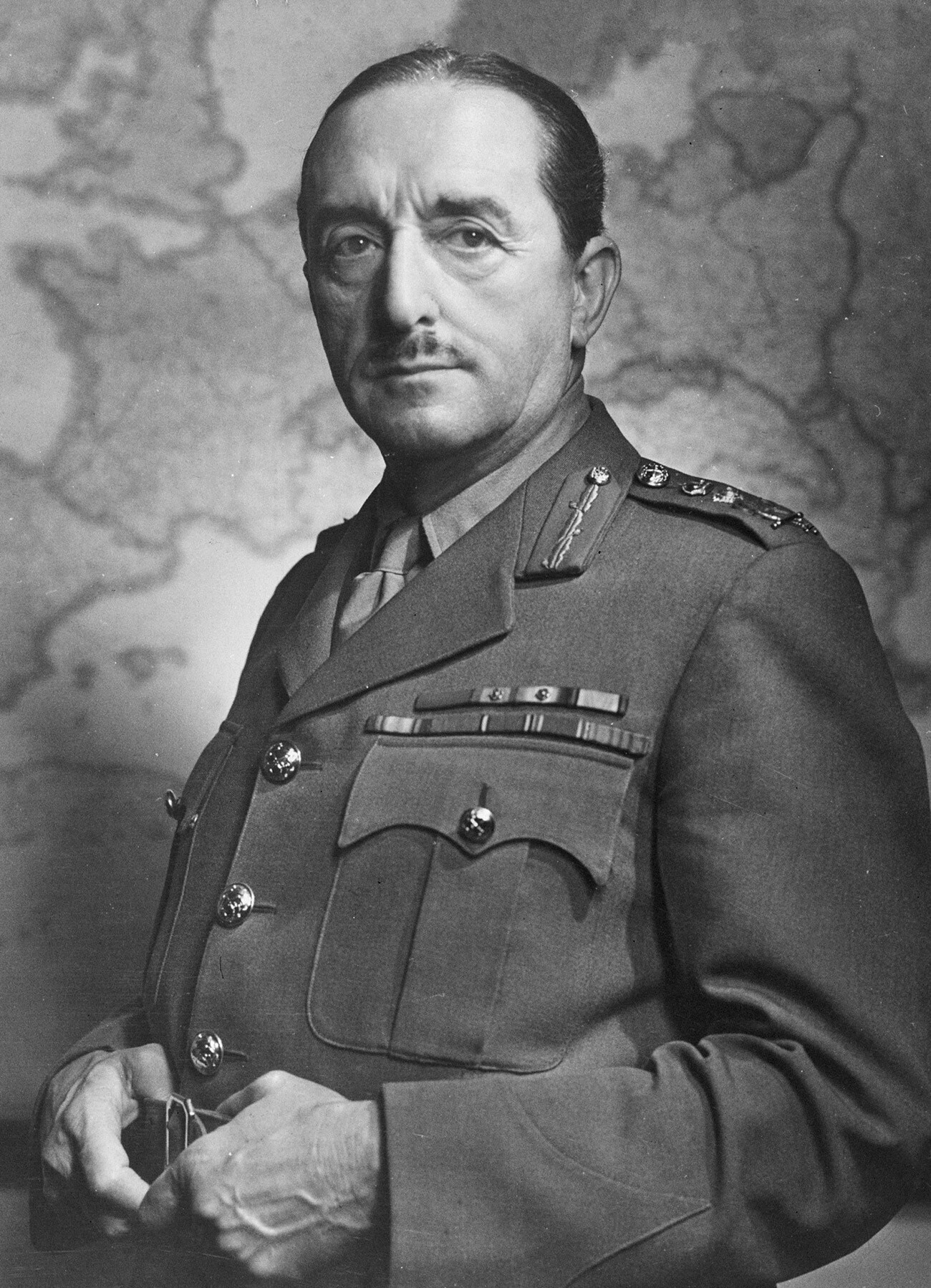 When the document was laid on the desk of the prime minister, Chief of the Imperial Chief of Staff, Field Marshal Alan Brook openly declared that the chances of such an operation being successful were quite slim and that Russia was the real all-powerful one in Europe today.

In the end, with a heavy heart, Winston Churchill gave up the idea of hitting the Red Army and did not begin any talks on the subject with the Americans. Instead, he commissioned a plan for the defense of the British Isles, still bearing the same name, the ‘Unthinkable’. The politician feared that if the United States evacuated most of its troops from Europe, Stalin would certainly not miss the moment to subjugate the entire continent.

In fact, the Soviet Union, drained and exhausted by the cruel war, was not going to unleash any full-scale wars on the European continent. On June 23, 1945, the law on the army and fleet demobilization was issued and in a few years the Soviet Armed Forces decreased from 11 to 3 million people.

In addition, the amount of Soviet equipment and armaments stationed in the countries of Eastern and Southern Europe greatly reduced. They returned here somewhat later, when it became abundantly clear that the world had entered the Cold War era.