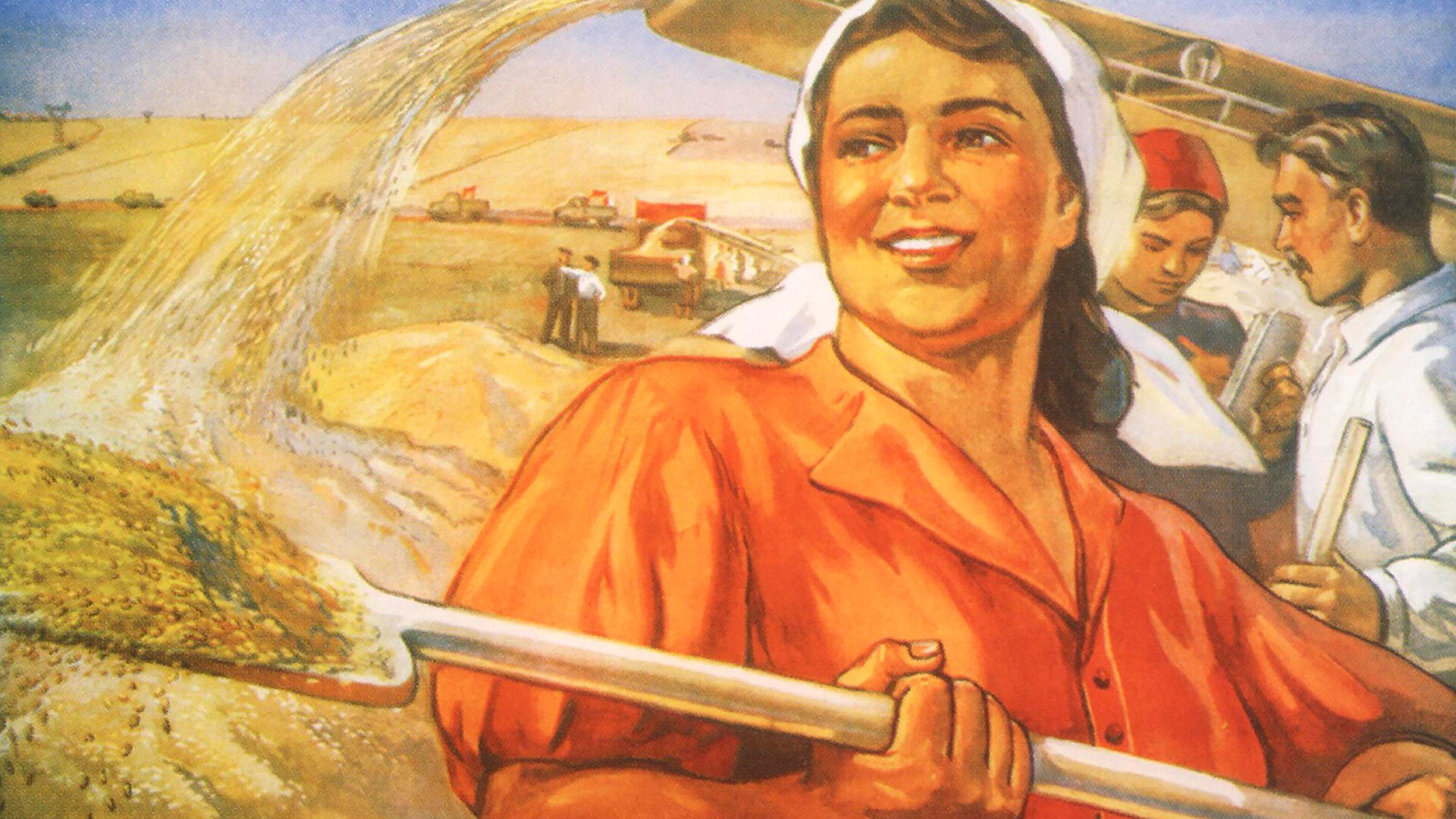 Archive photo
Agriculture was always an essential Russian pursuit from very ancient times. We look at how the Bolsheviks promoted it.

Before the 1917 Revolution, Russia was primarily an agrarian country. The coup-d’état, the ensuing Civil War and the forced pace of industrialization in the country caused problems in the agricultural sector. Fields were abandoned, there was a lack of people to take care of the harvest, as they were massively leaving for big cities. All this caused a huge famine in the country, which made the Soviet authorities implement harsh methods and ration cards. It became clear that while forcing industrialization, they forgot about the essential thing - food.

So, it became extremely important to promote careful work on the field, development of virgin lands, taking care of harvest, as well as cattle and other animals. And more importantly - promote joining the collective farming system (kolkhoz), so that all the good went strictly to the state and not remained with private farmers. 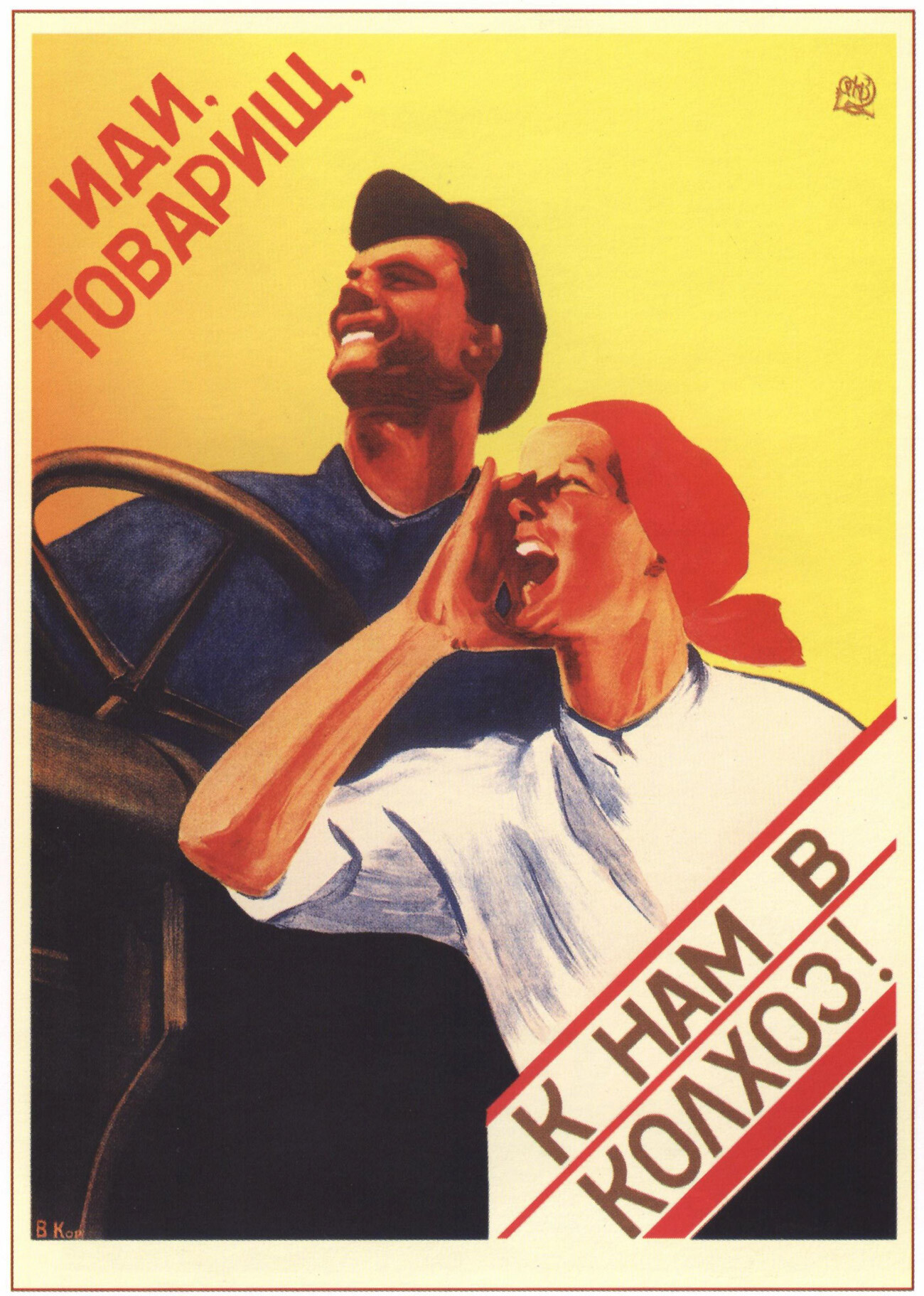 2/ Not a single hectare of unseeded land! 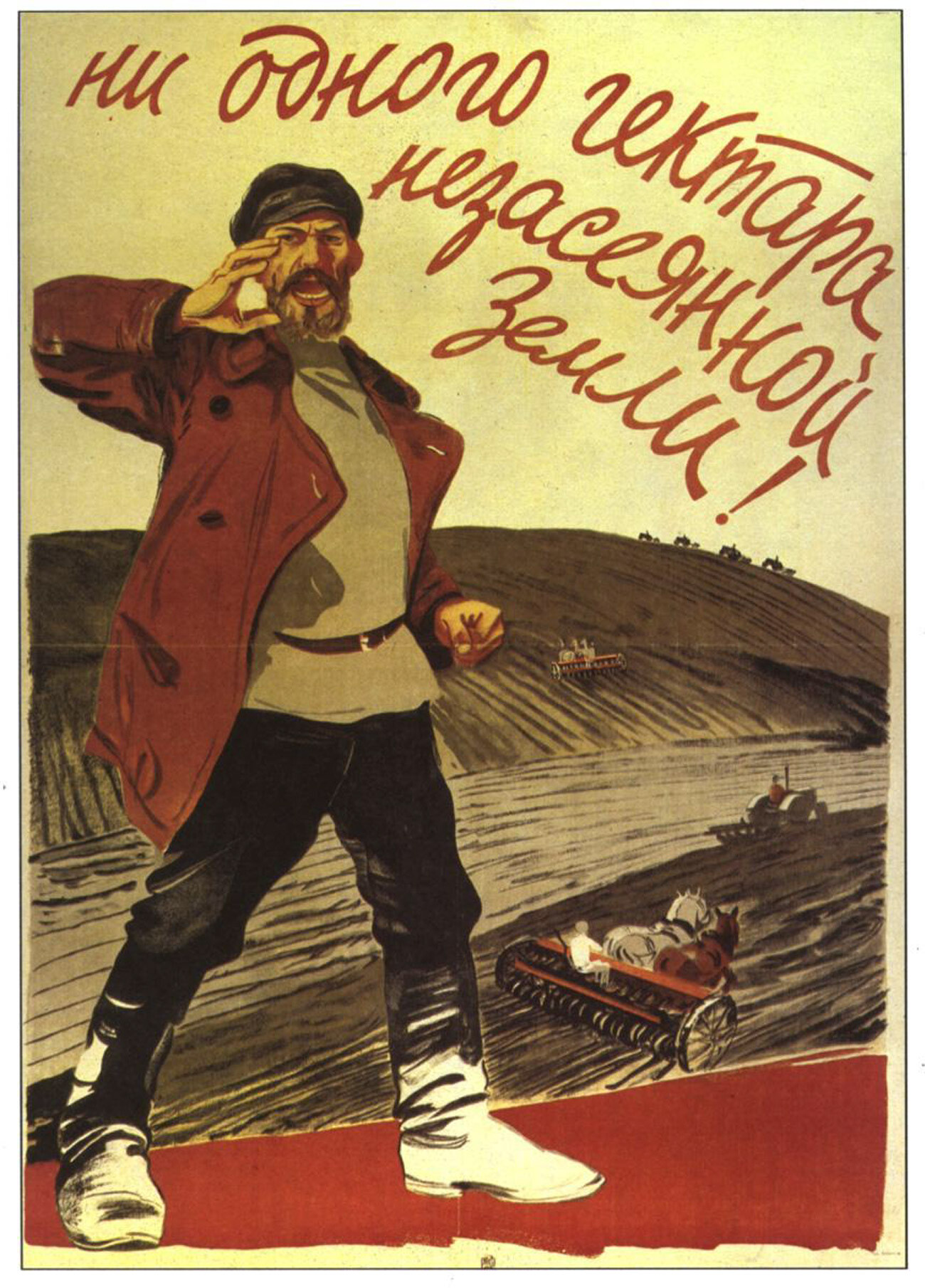 3/ Kolkhoz and individual farmers! Give away bread to the state in time! 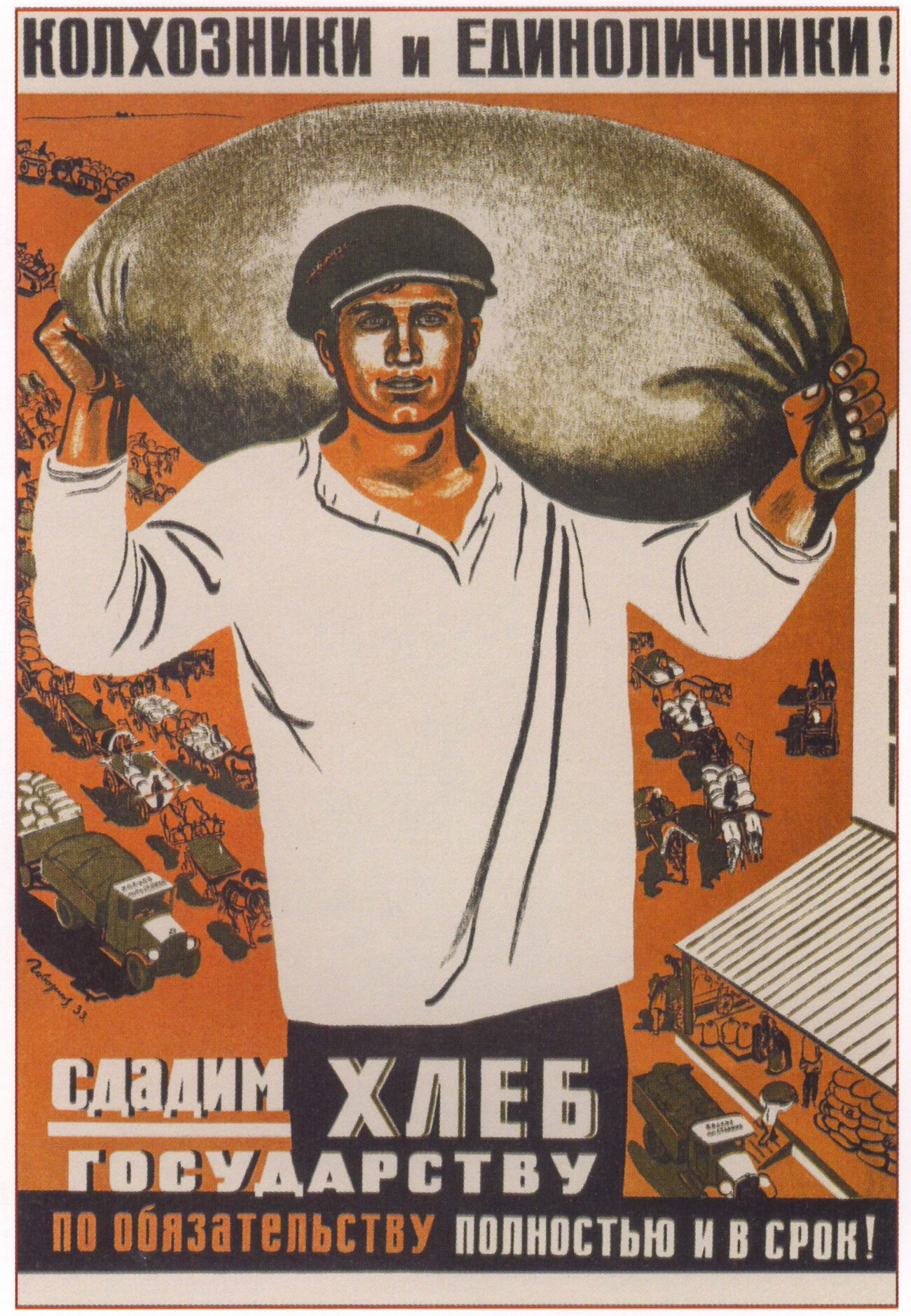 4/ Women in kolkhoz are a great power! J. Stalin. 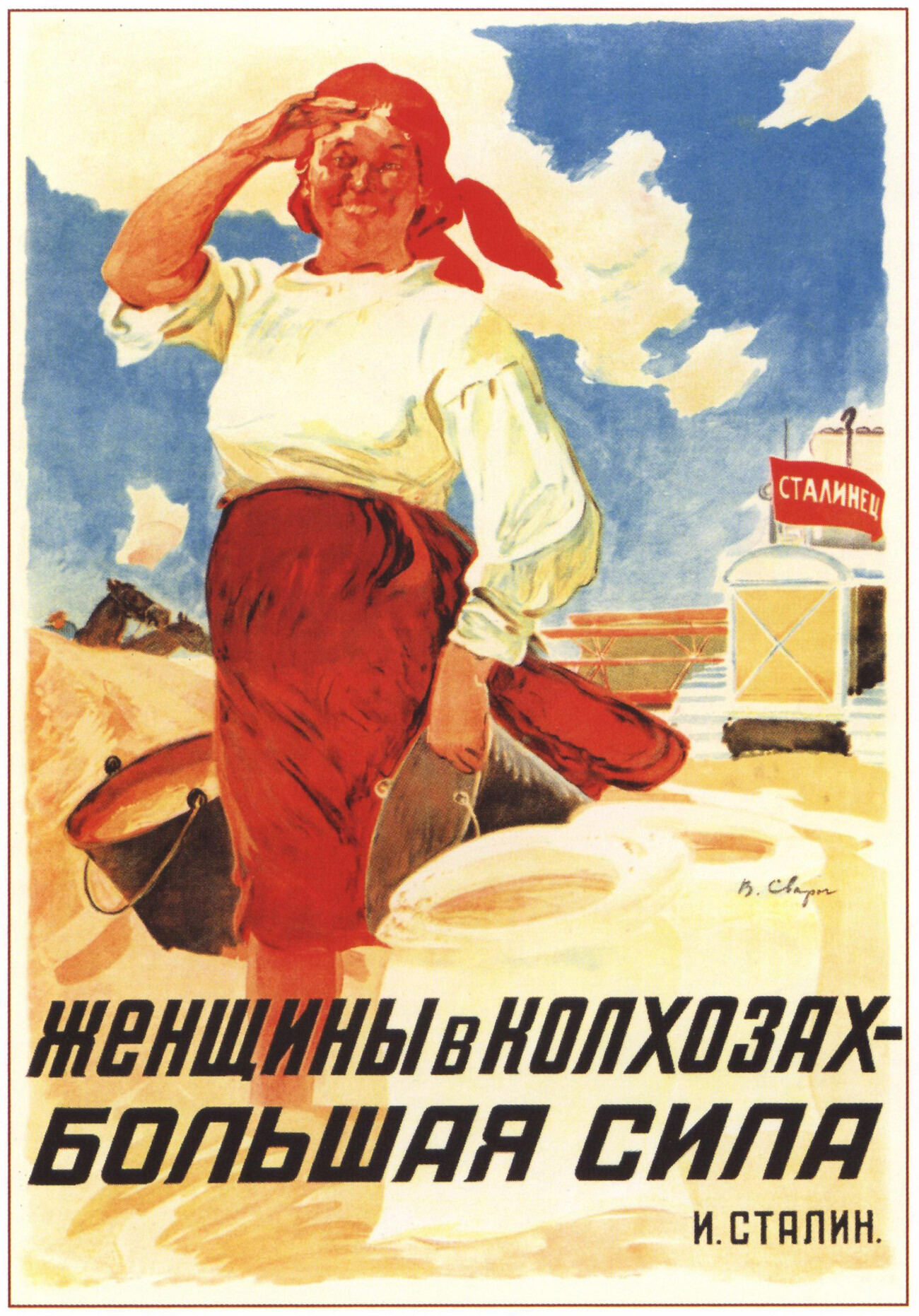 5/ Sow in time - gather a mountain of grain 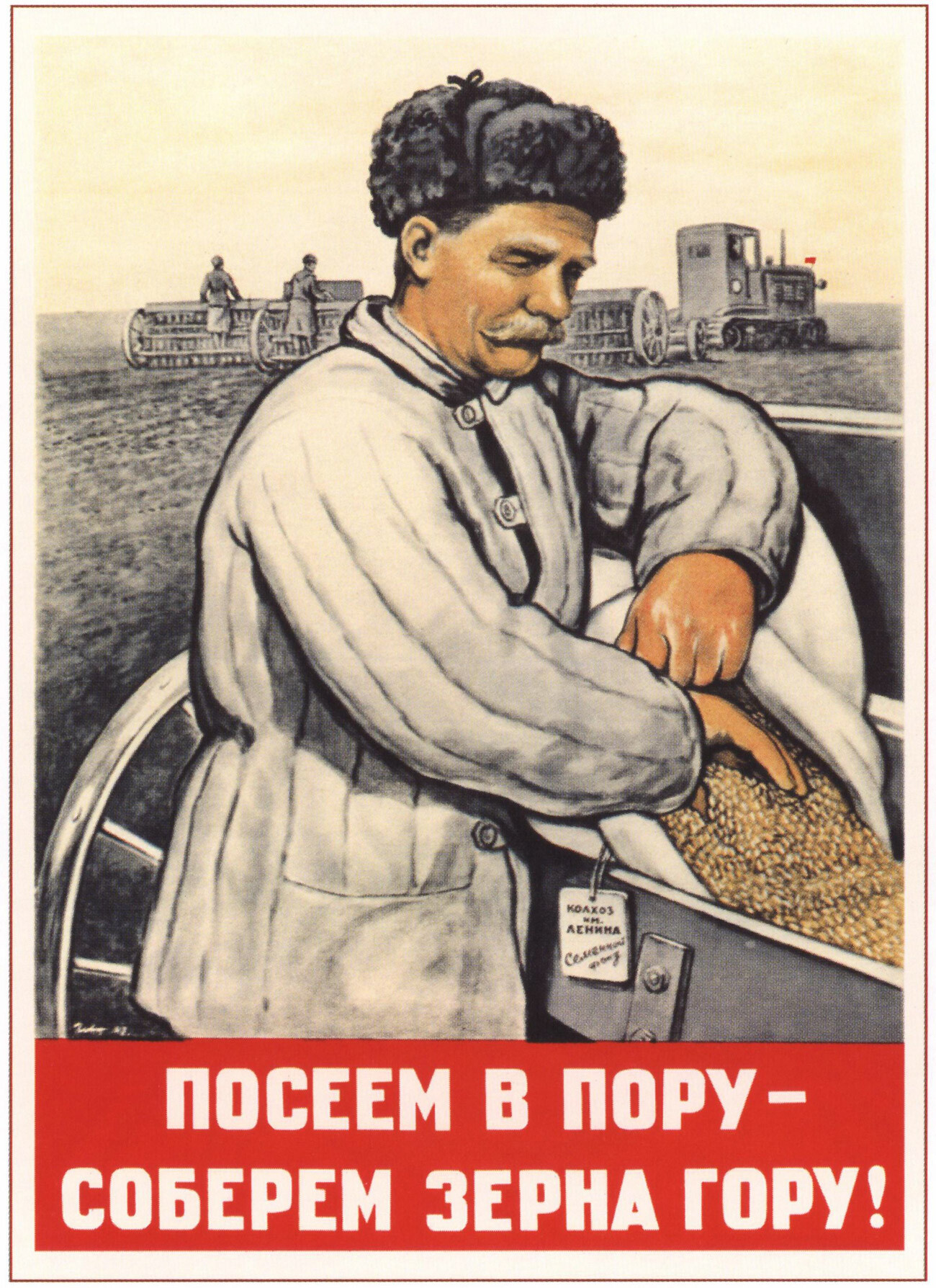 6/ Why is there a rich harvest? Because of mineral fertilizer. 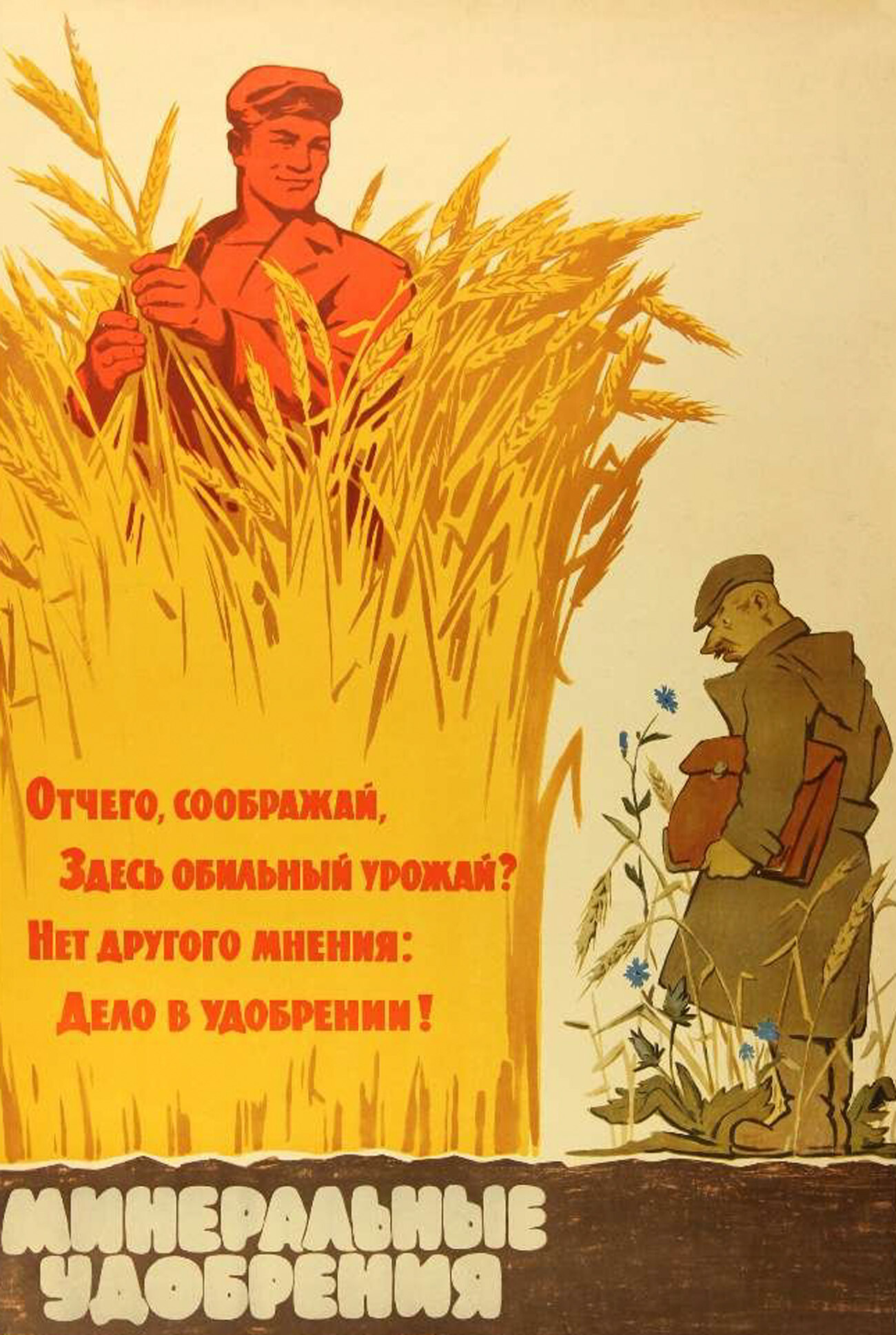 7/ Collect harvest in time and without loses! 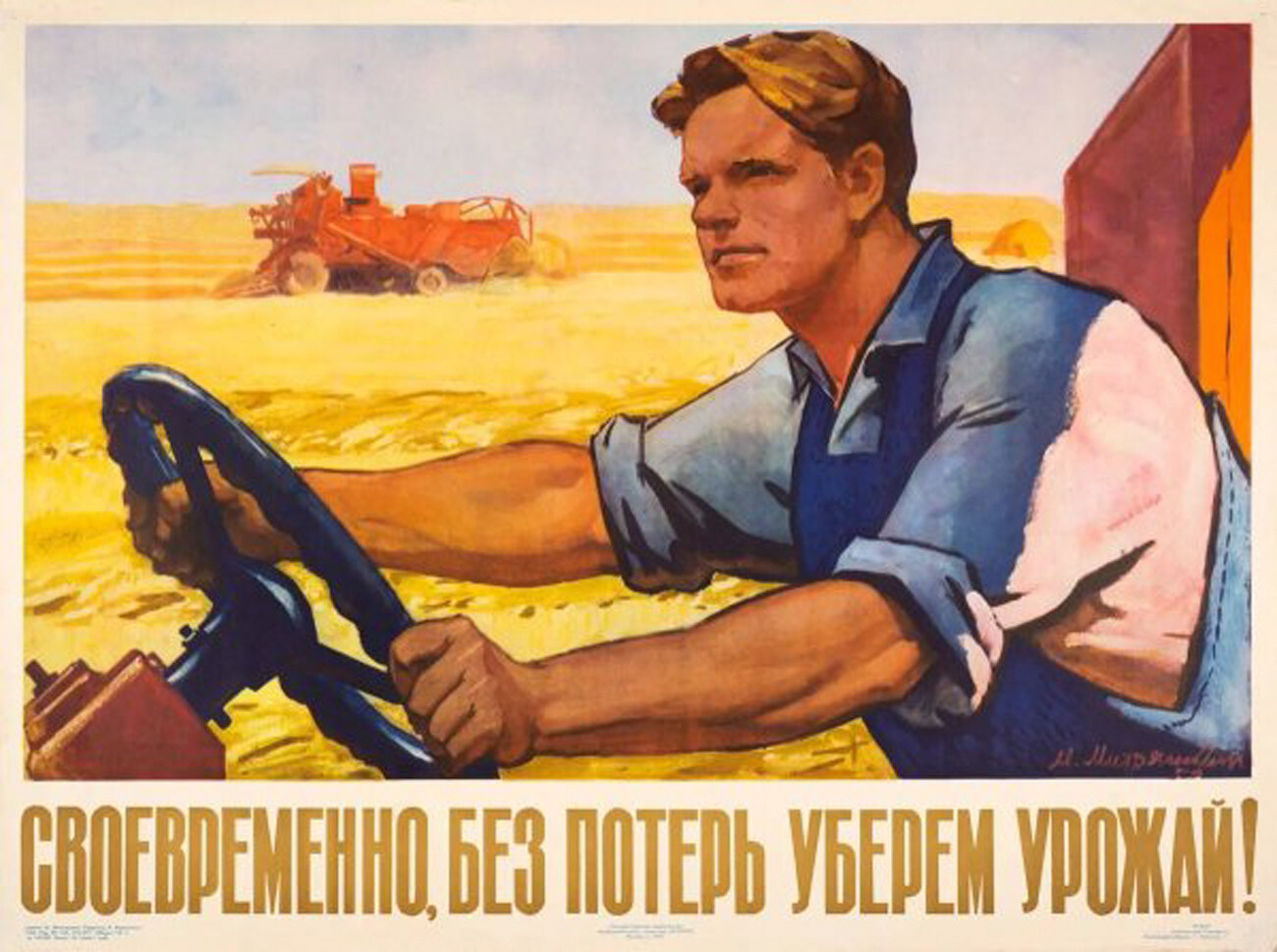 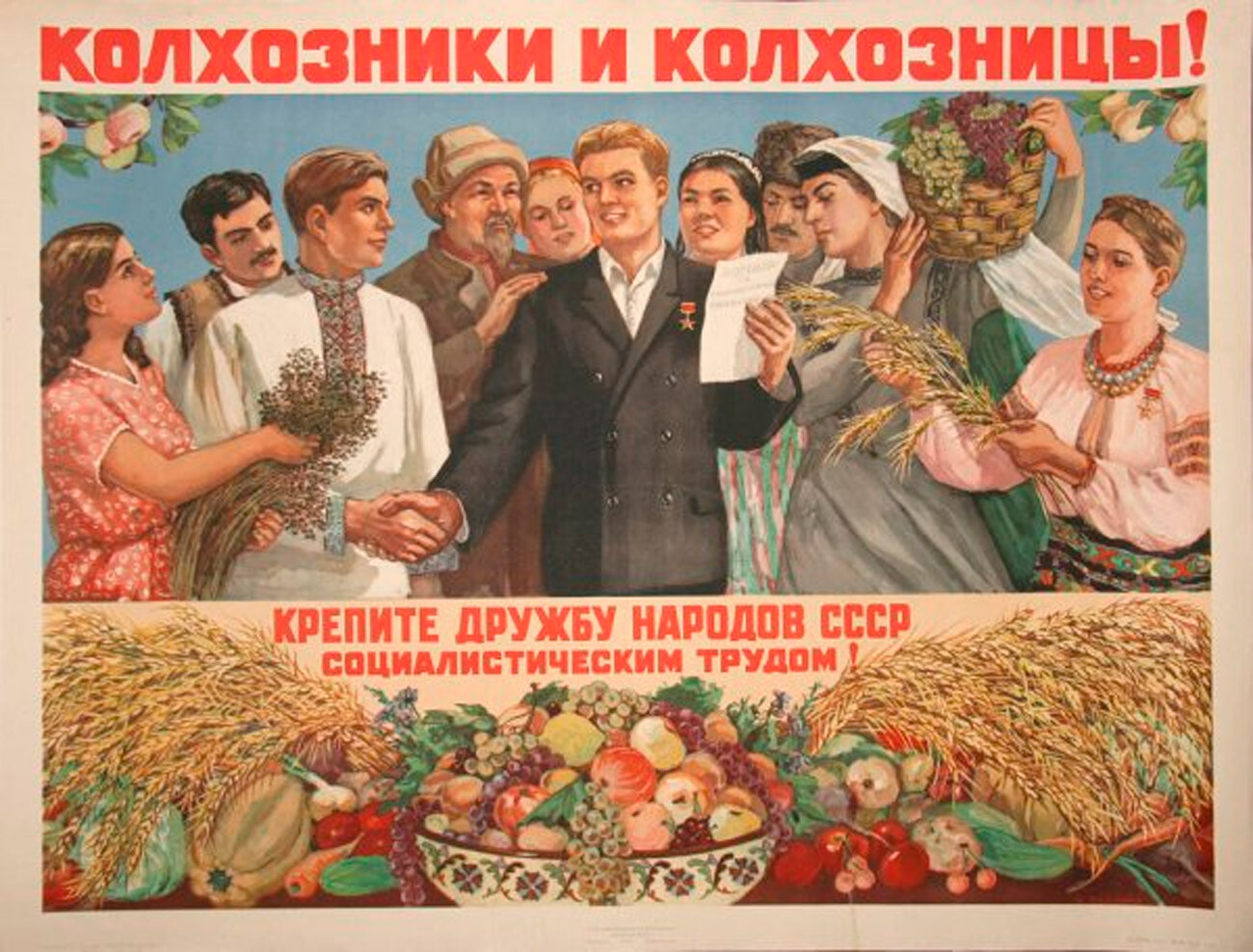 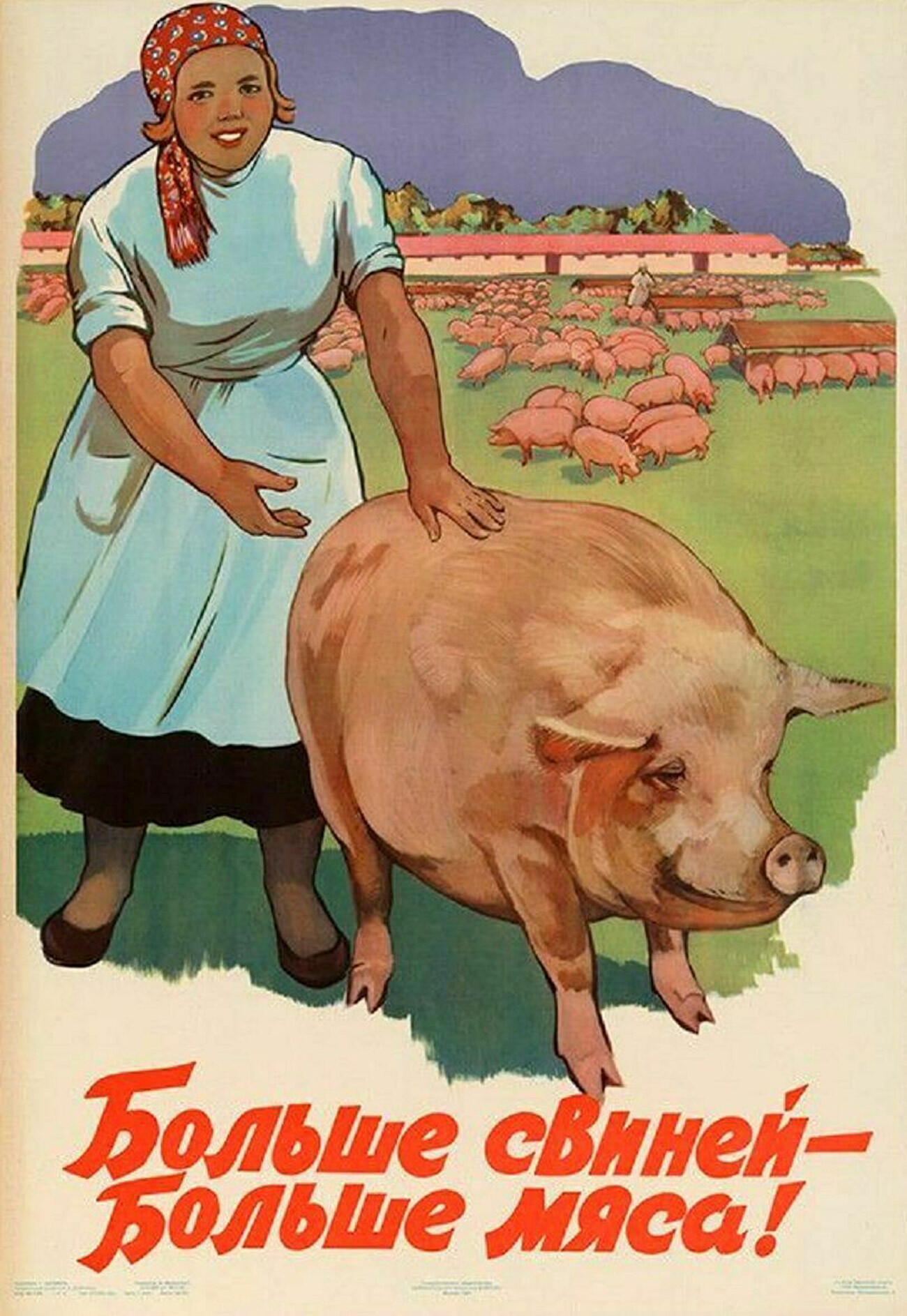 10/ If you have feed at the farm, cattle won’t be afraid of winter! 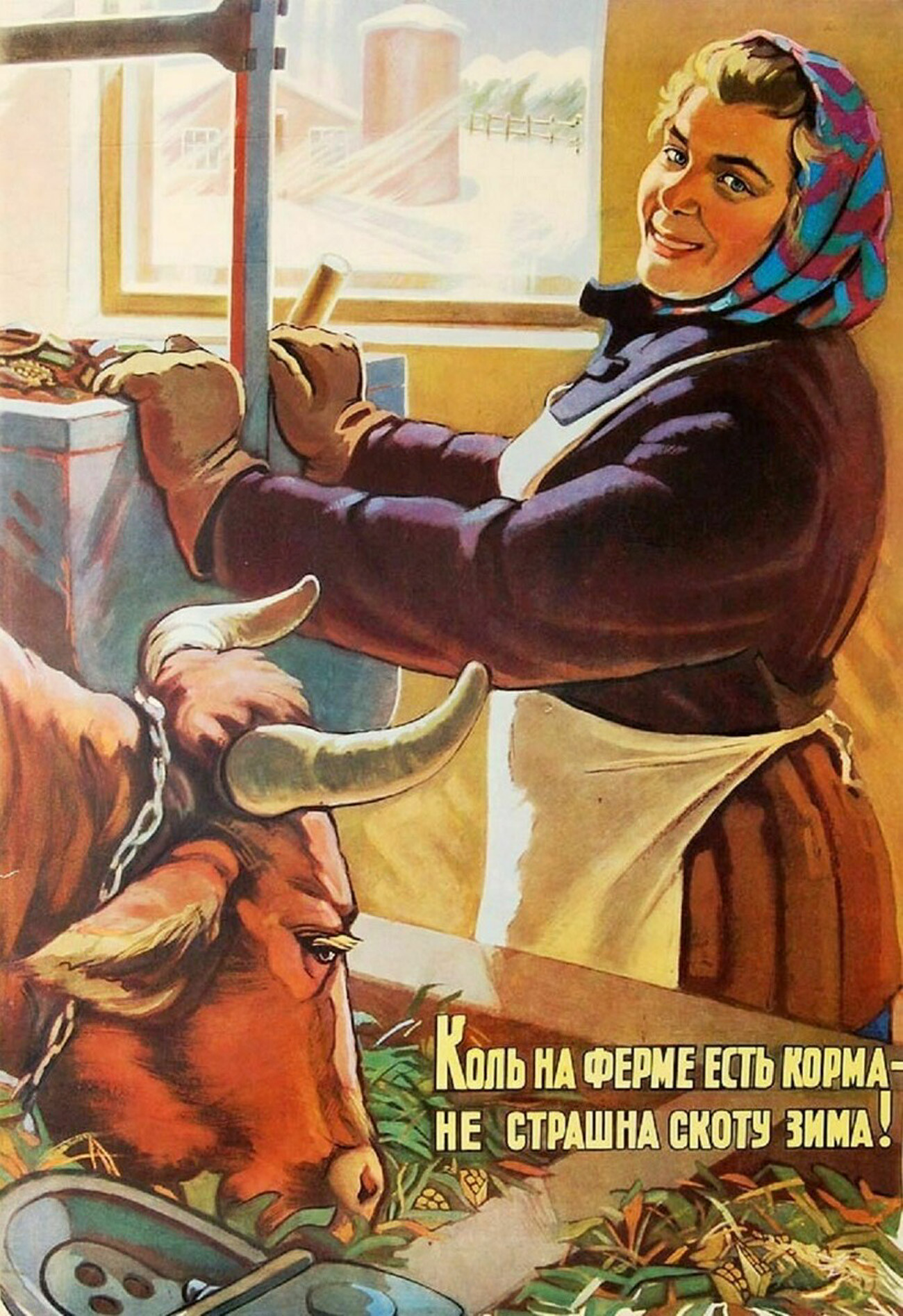 11/ If you feed animals right, they gain weight! 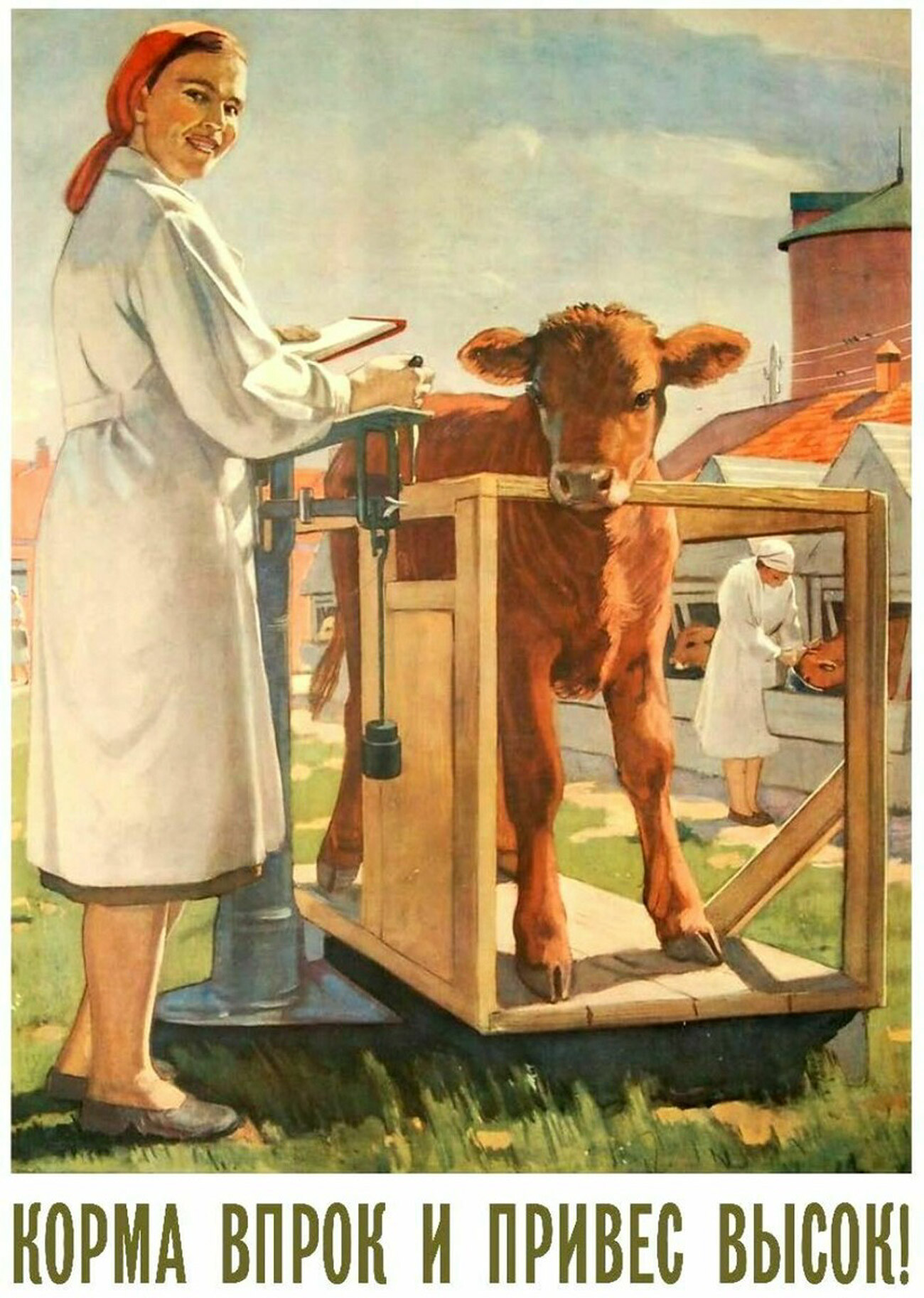 12/ More vegetables and fruits to Soviet cities and industrial centers! 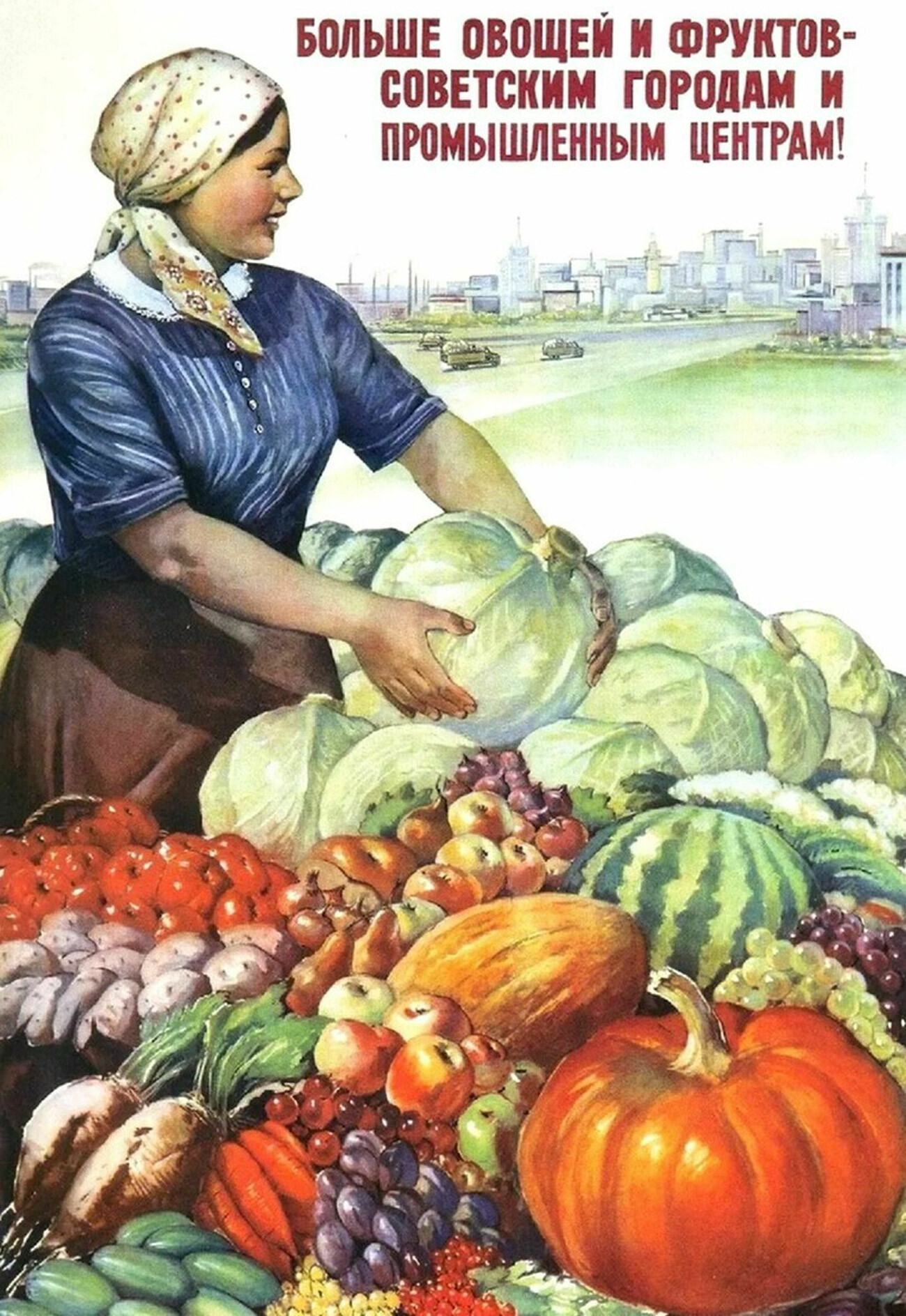 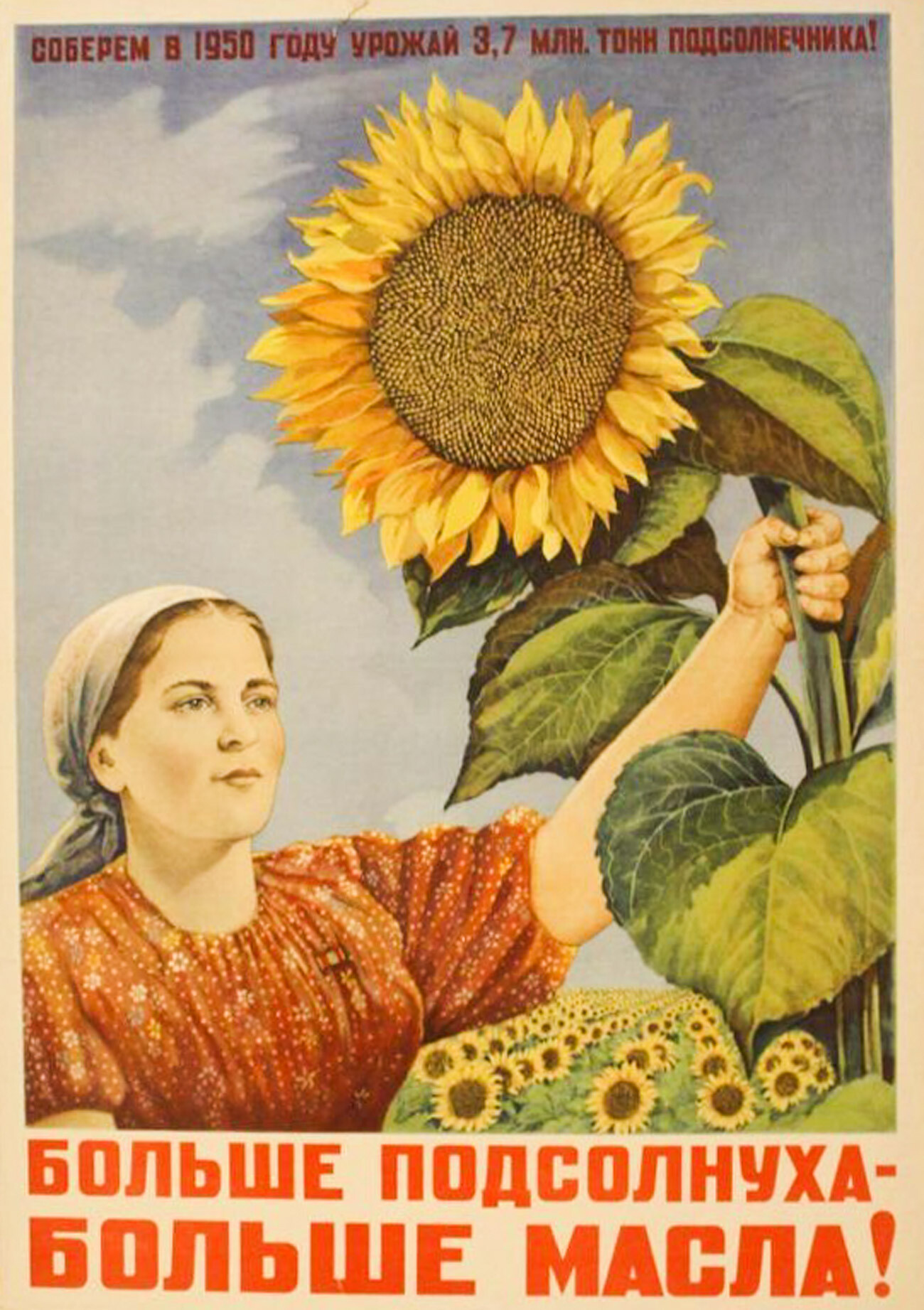 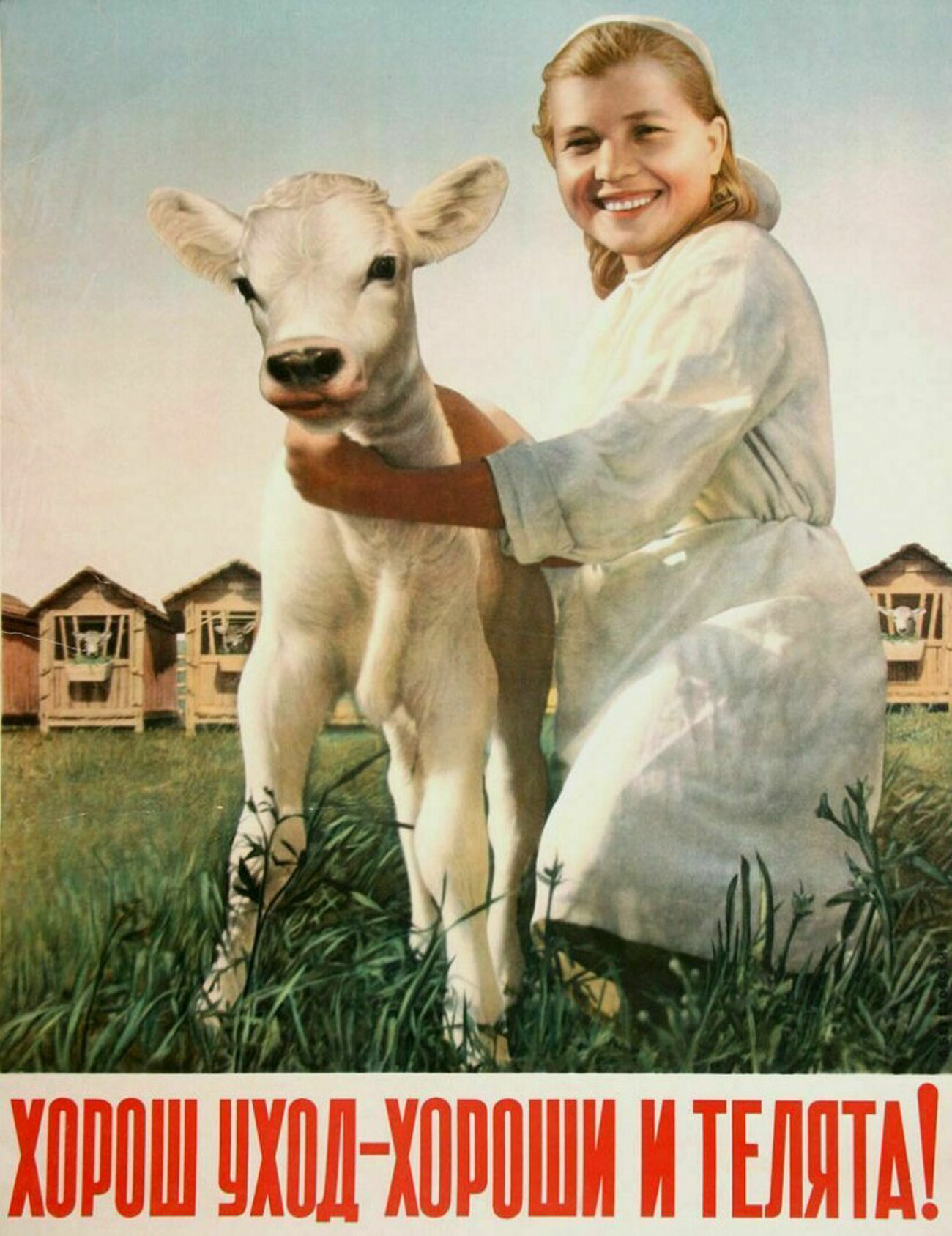 15/ Golden harvest to the native land! 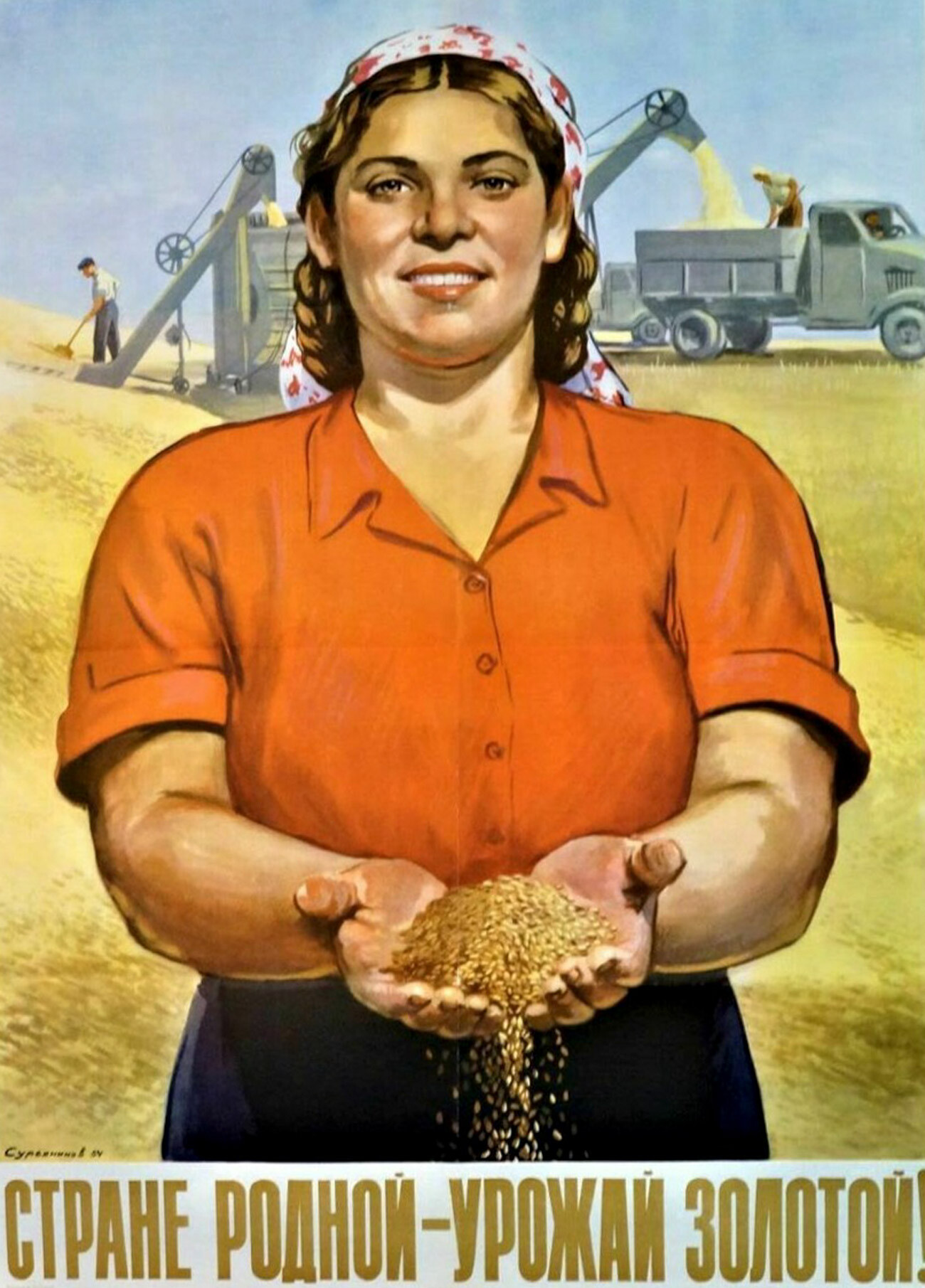 16/ Grow up corn! And compete for the highest harvest levels! 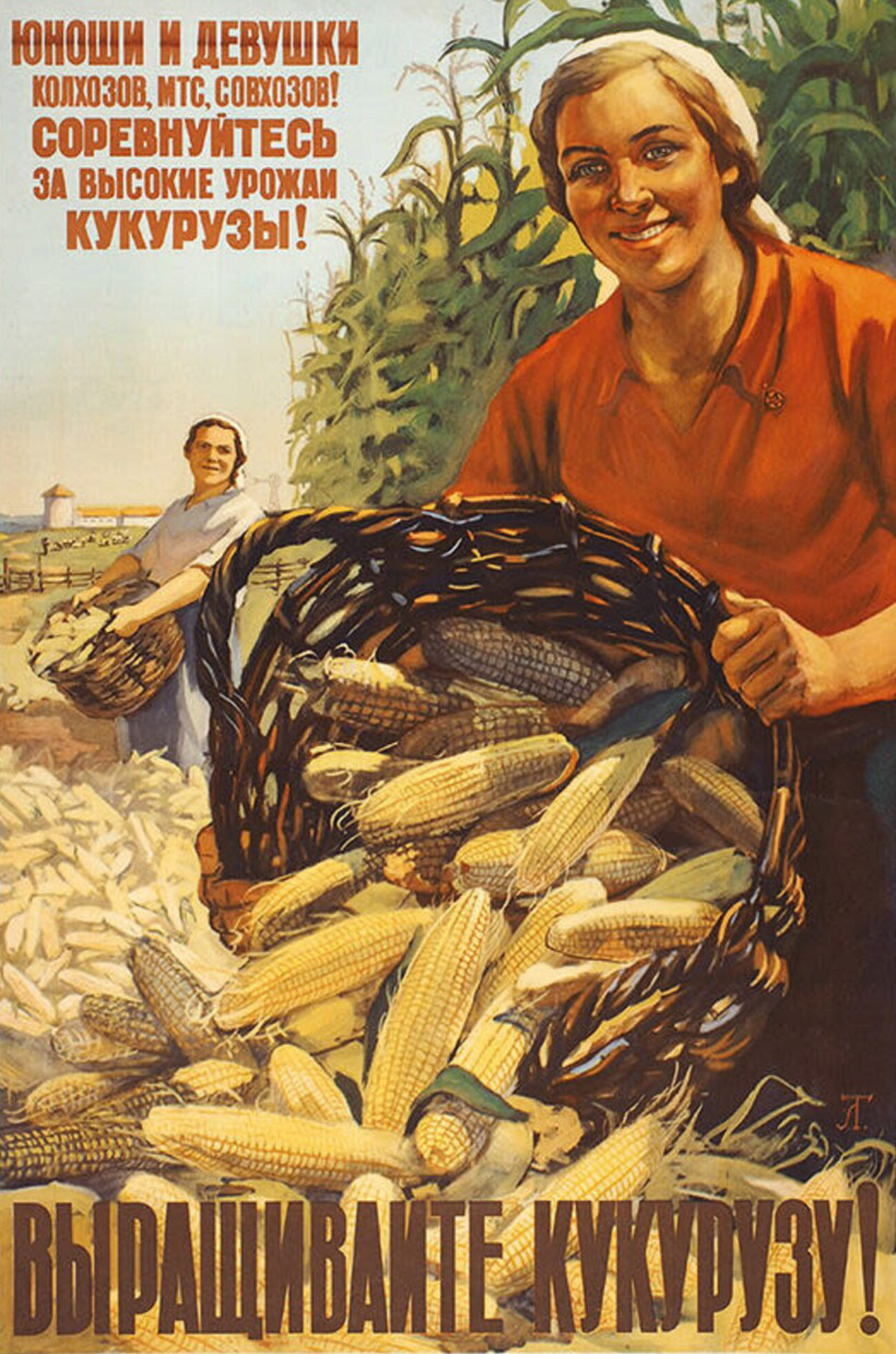 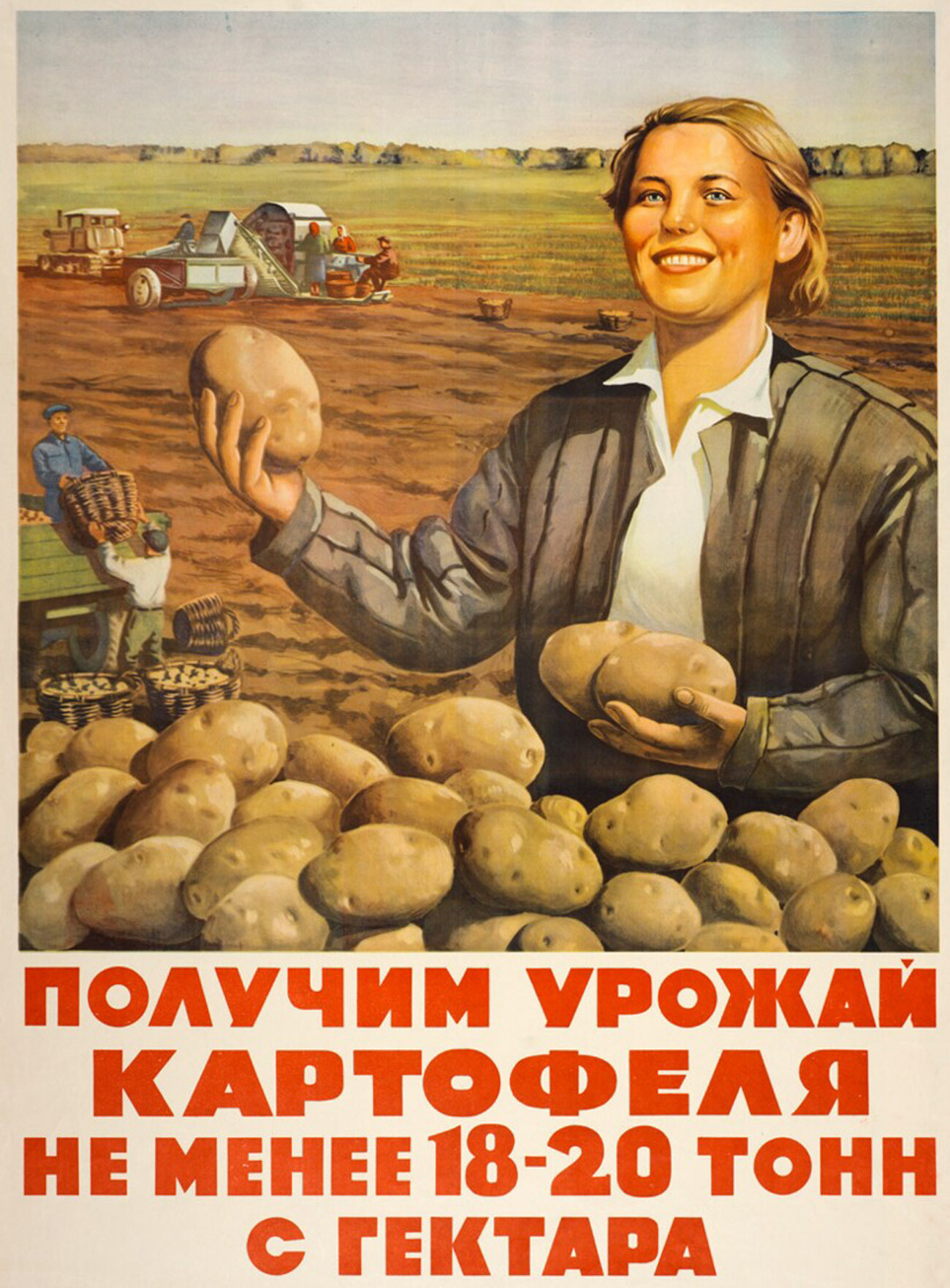 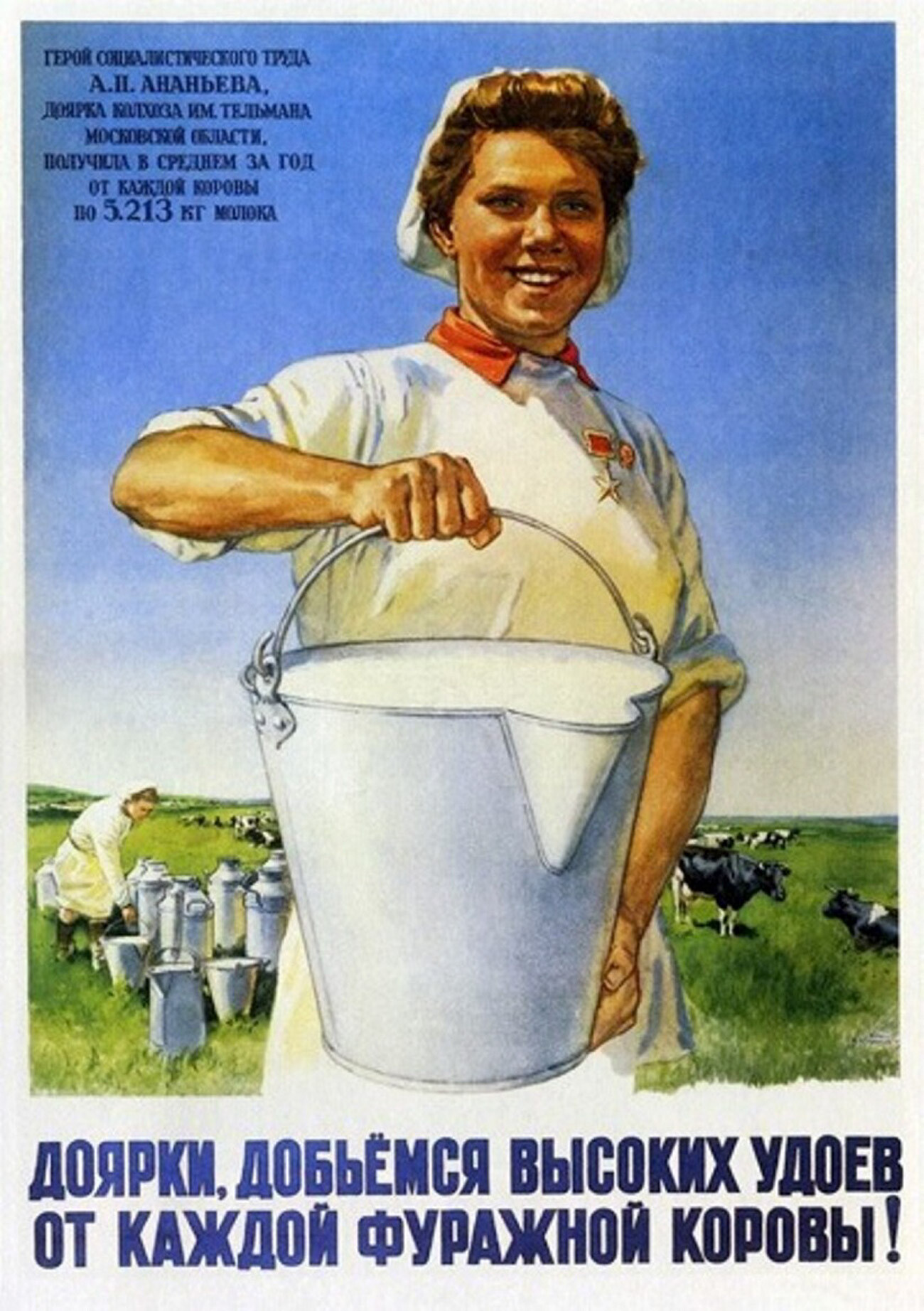 19/ Cattleman, work hard and people will be thankful! 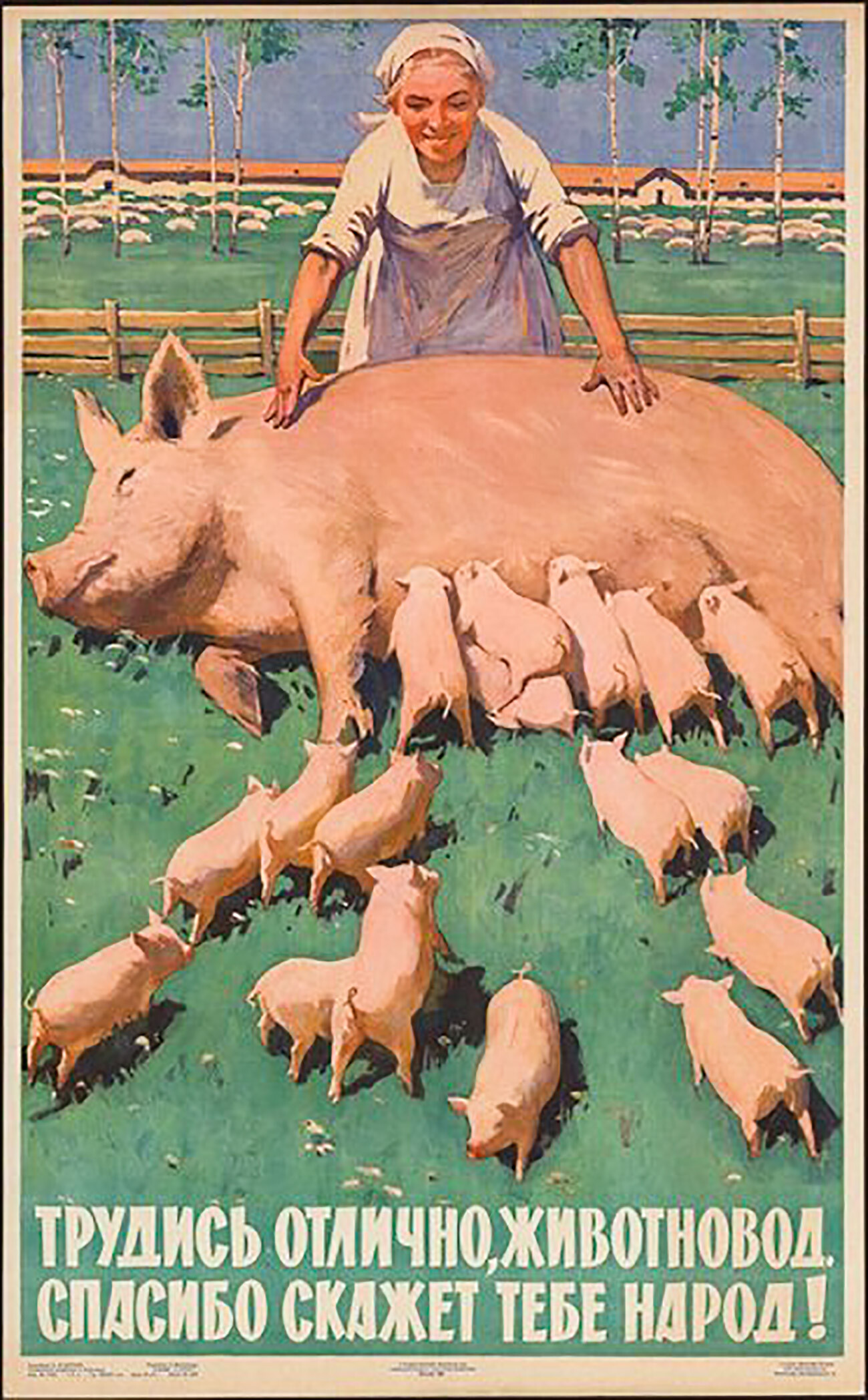 20/ Agriculture workers to the 22nd Congress of the Communist Party: We’ll glorify the fatherland with labor! 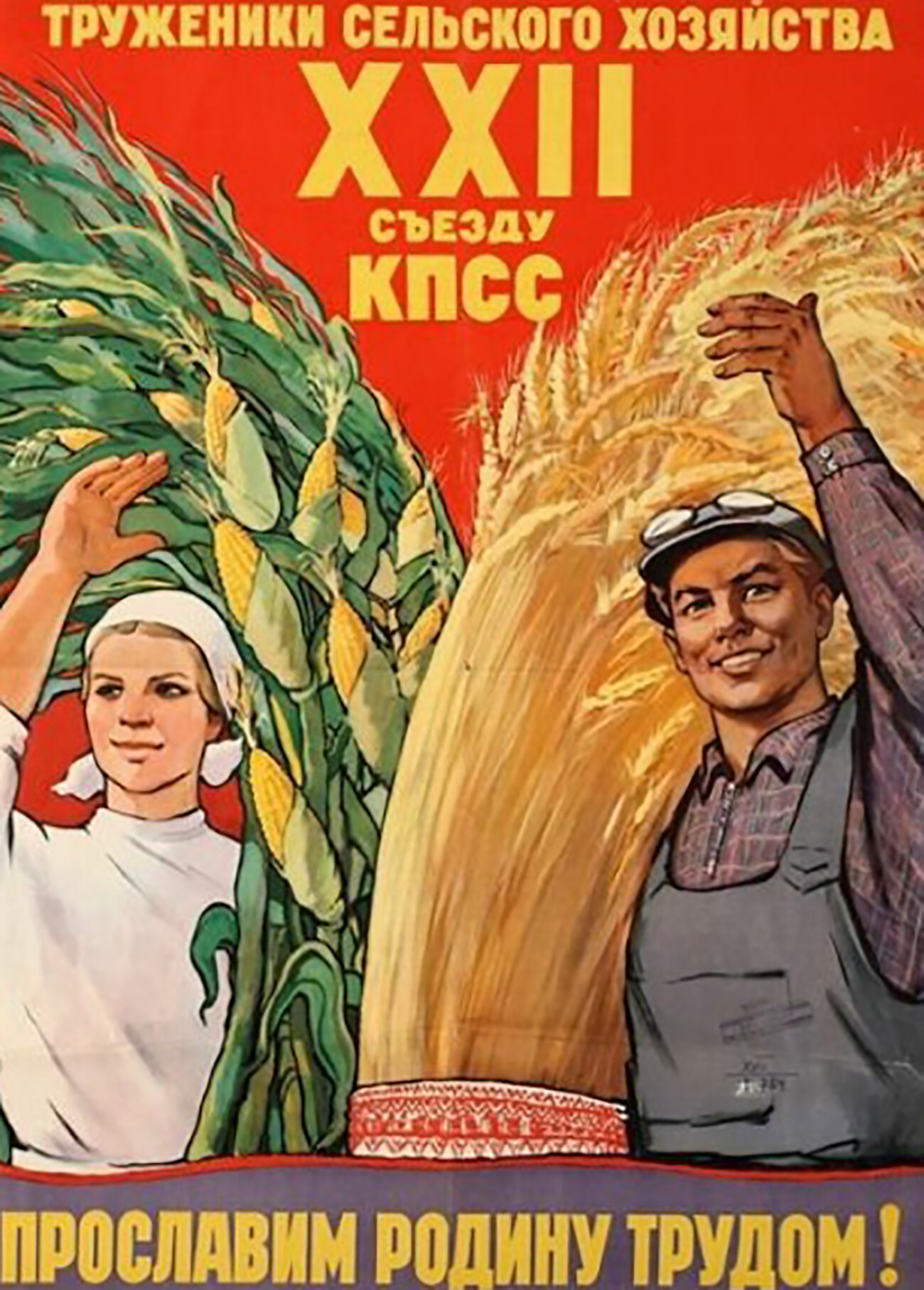