5 women who became Heroes of the Soviet Union 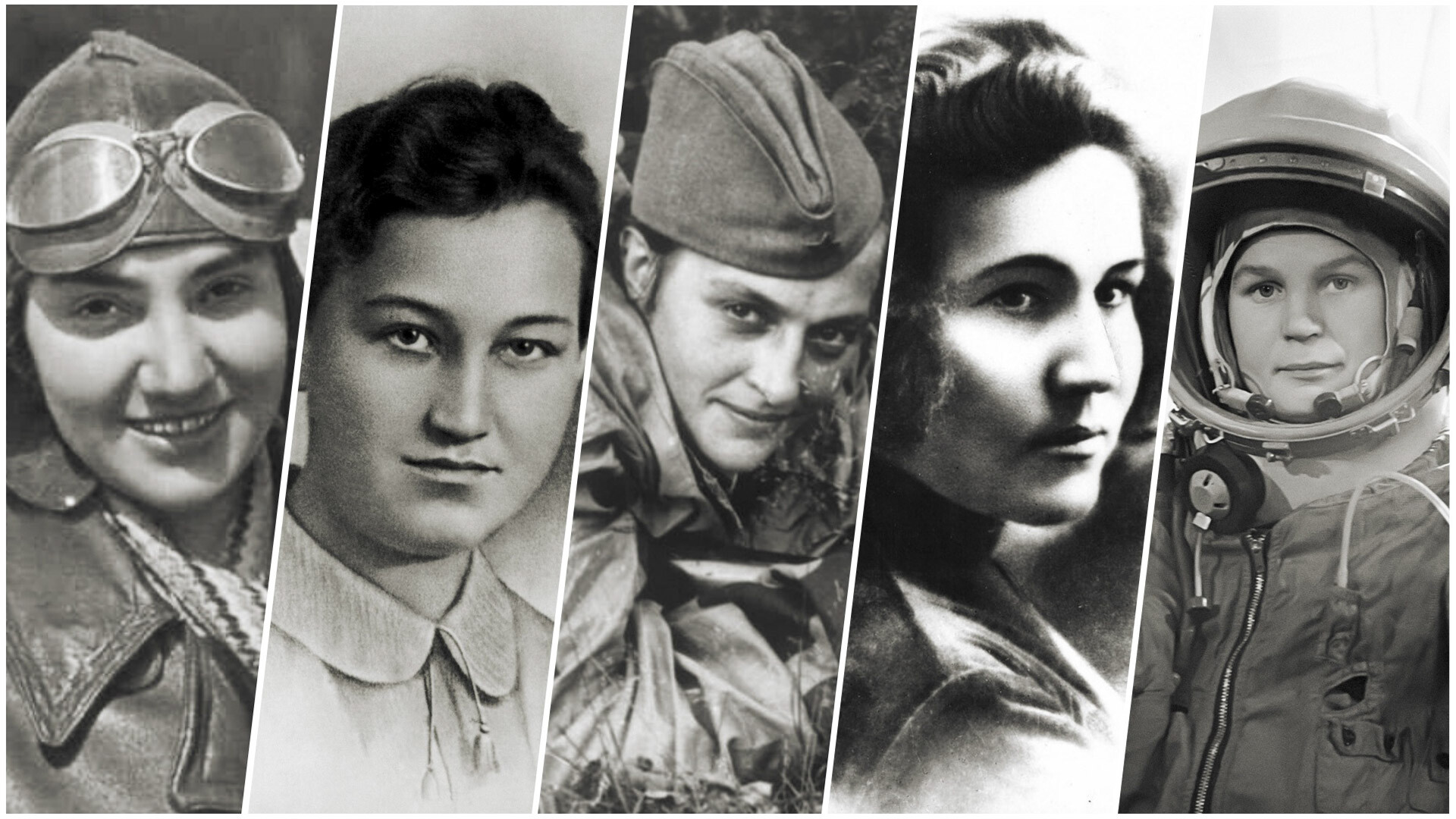 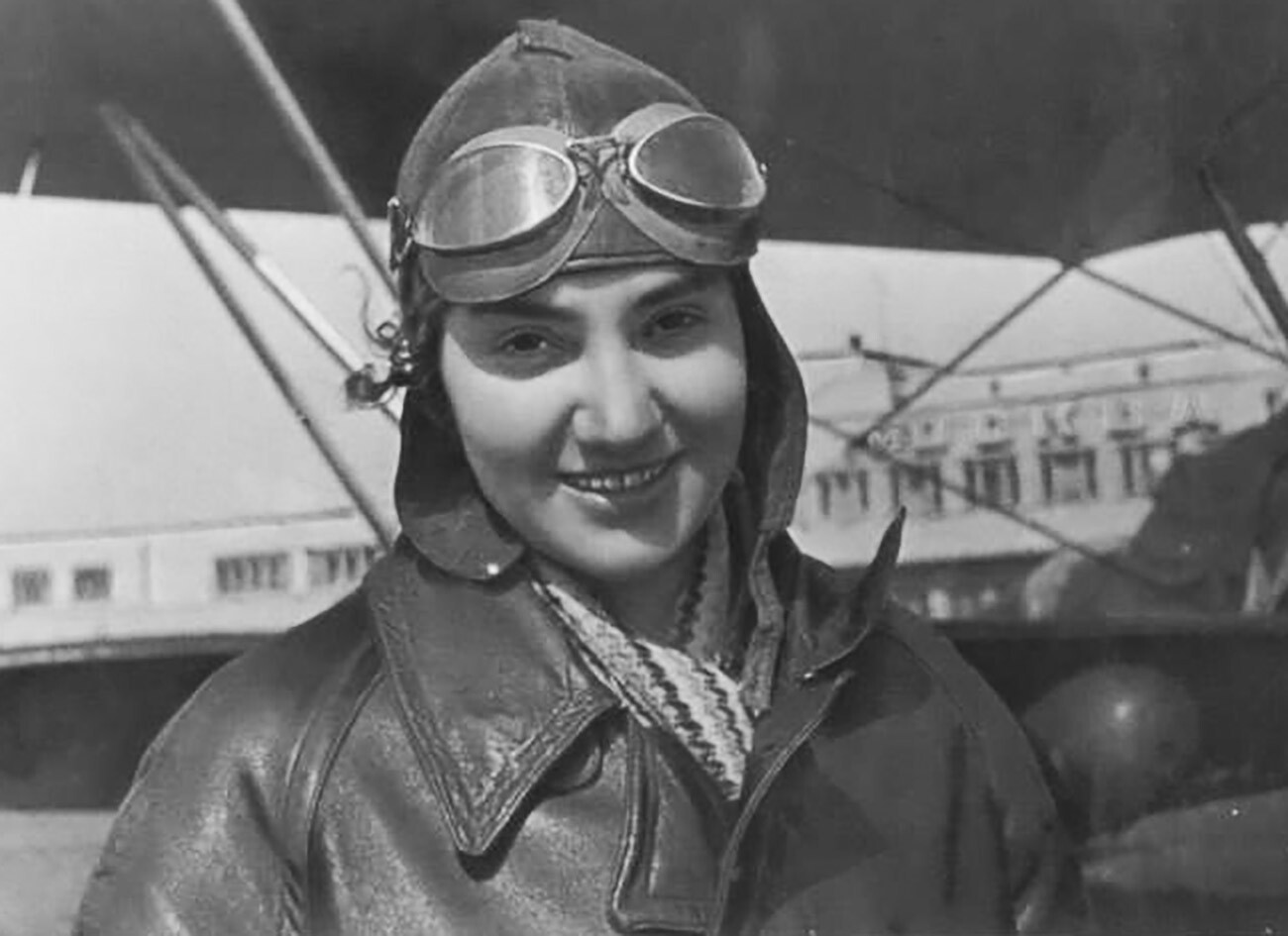 Valentina Grizodubova was the first woman to be awarded the title of Hero of the Soviet Union. From September 24 to September 25, 1938, the ANT-37 ‘Rodina’ (“Motherland”), of which she was the commander, covered a distance of 6,450 km for 26 hours 29 minutes without landing. Co-pilot Polina Osipenko and navigator Marina Raskova were also awarded the title of Hero for the women’s record of long-distance flight.

During World War II, Grizodubova commanded the 101st Air Transport Regiment of Long Range Aviation and the regiment was all-male. Nevertheless, the pilot quickly earned the respect of her subordinates as a combat commander and a talented organizer. She was credited with 200 sorties, including 132 night flights.

Valentina Grizodubova proved herself especially effective in supplying partisan detachments behind the enemy lines. Not once did the commander personally fly on dangerous missions and, as a result, was awarded the medal ‘Partisan of the Great Patriotic War’. “A very brave woman, resolute, daring in the implementation of the intended,” Alexander Saburov, commander of the partisan unit, wrote about her. 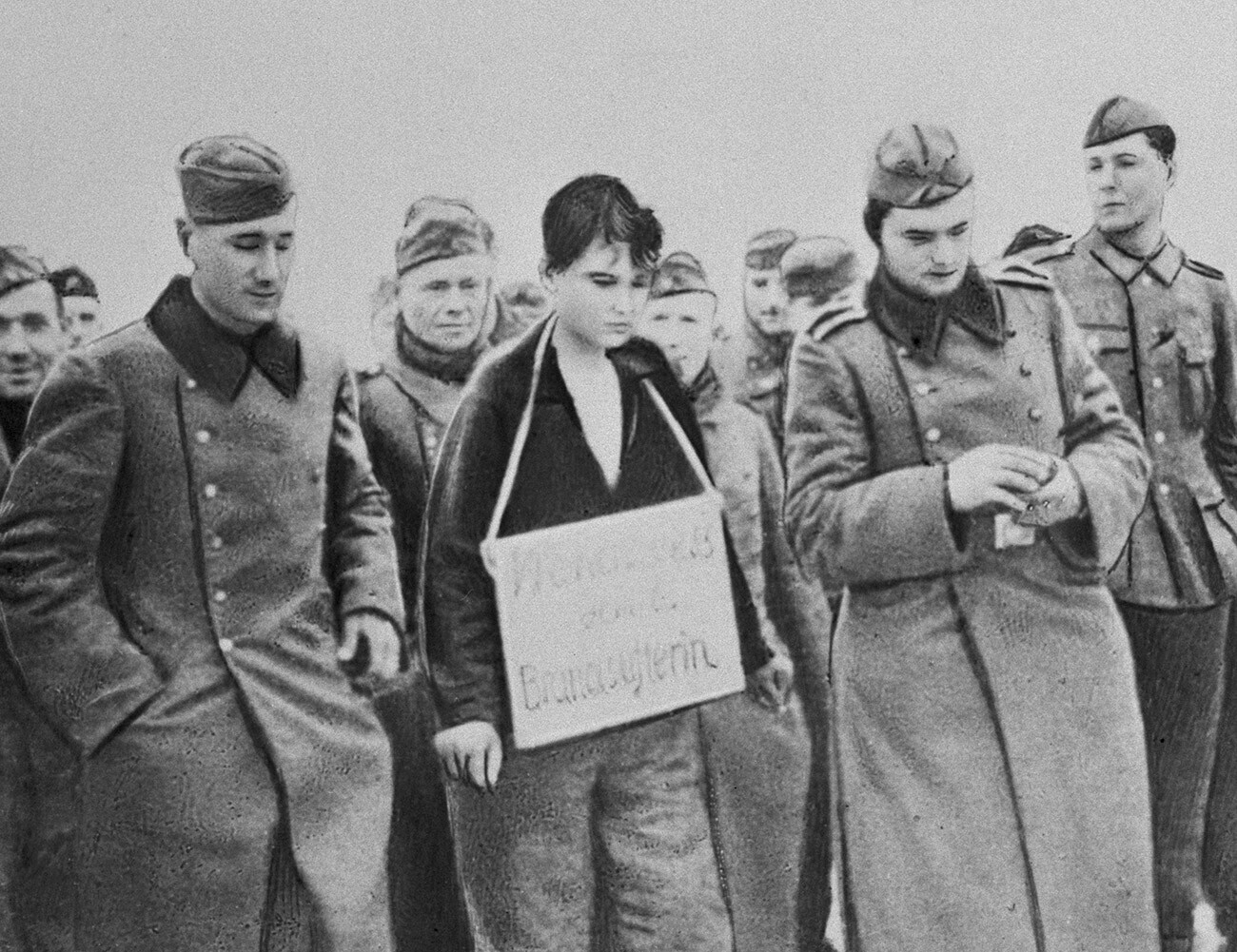 Zoya Kosmodemyanskaya was one of the most celebrated Soviet heroines of World War II. In the USSR, numerous movies, books and songs were made in her honor.

During the battle for Moscow in November 1941, the then 18-year-old girl was sent as a member of a diversionary reconnaissance group to one of the enemy occupied villages. The Soviet command ordered the burning of settlements near the capital, which the enemy could use as winter accommodation.

Zoya managed to set fire to several houses before she was captured. Neither torture nor beatings broke the girl: even when she was led to the gallows, she continued to call on the assembled crowd of villagers to wage an implacable struggle against the enemy. February 16, 1942, Kosmodemyanskaya was posthumously awarded the title Hero of the Soviet Union. 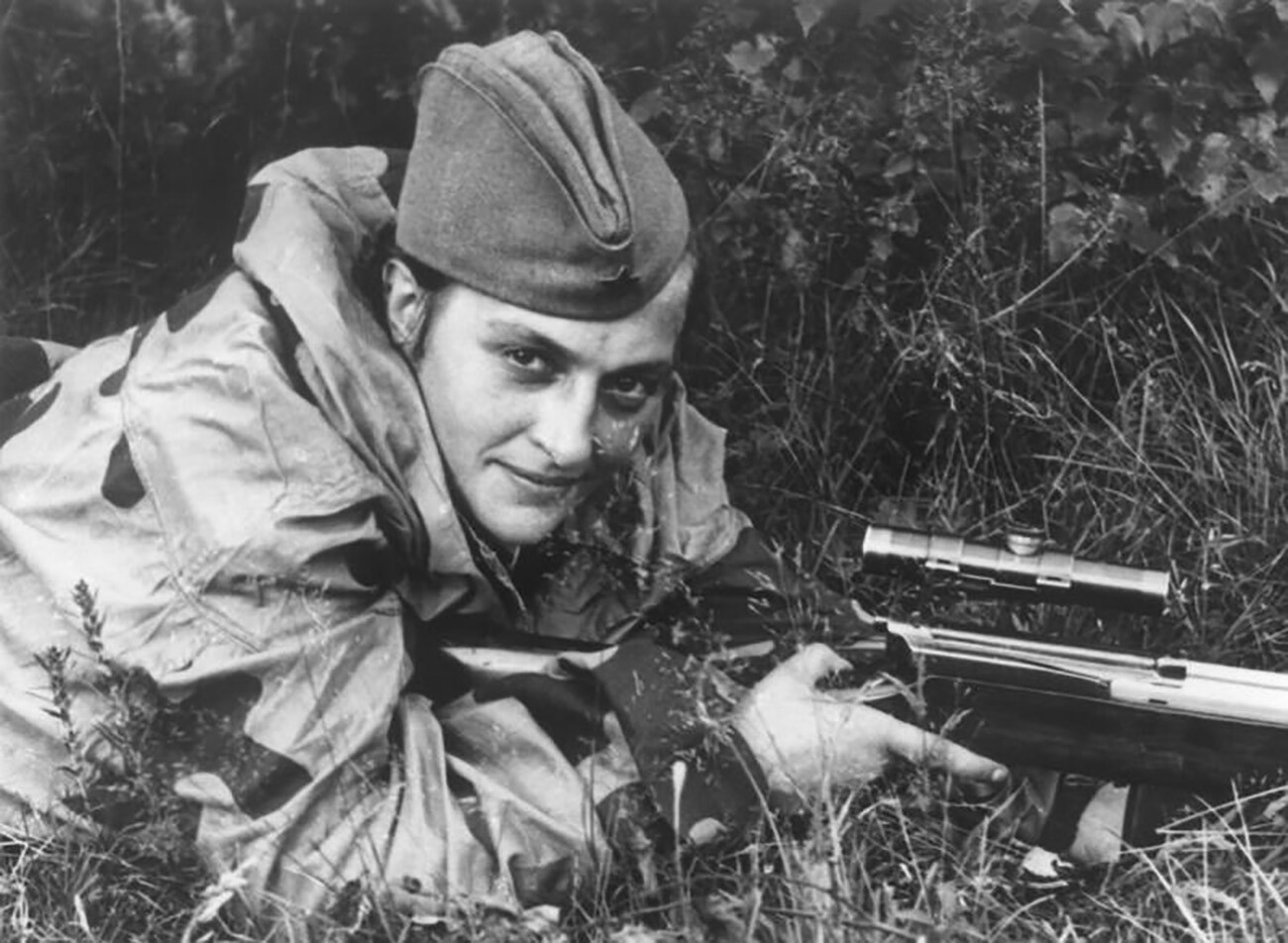 ‘Lady Death’ was the nickname given to Lyudmila Pavlichenko by American journalists, the most effective female sniper in recorded history. The number of enemy soldiers and officers killed by her exceeded three hundred people.

The Germans even organized a real hunt for the girl, selecting their best shooters for this purpose. But, it turned out that the hunters themselves became the hunted: Lyudmila eliminated about thirty German snipers sent after her.

In 1942, Pavlichenko visited the U.S. as a member of the Soviet delegation. At first, the Americans did not take her seriously, showering the girl with questions about the women’s everyday life at the front. In the end, Lyudmila could not stand it and answered the journalists, not failing to hint at the important question of opening a second front: “Gentlemen, I am 25 years old. I have already destroyed 309 fascist invaders at the front. Don’t you think you’ve been hiding behind my back for too long?”

After her husband was killed in one of the battles in August 1941, Maria Oktyabrskaya was possessed by a real thirst for revenge. However, they did not rush with deploying the 36-year-old signalman to the front, moreover with her health problems. So, Maria decided to go another way.

She sold all her belongings, found a part-time job in addition to her main job and sent all the collected money to the Defense Fund to pay for the construction of a T-34 tank for the Red Army. At the same time, she wrote a letter to Stalin telling her story: “I want to take revenge on the fascist dogs for [my husband’s] death and the death of all the Soviet people martyred by the fascist barbarians. I have contributed all of my personal savings - 50,000 rubles - to the state bank for the construction of the tank. I ask that the tank be called ‘Boyevaya Podruga’ (‘Fighting Girlfriend’) and that I be sent to the front as the driver of this tank.”

Stalin went to meet the widow's needs. After graduating the Omsk tank school, Maria Oktyabrskaya became a mechanic-driver of the tank built on her funds and successfully fought on it until she died of wounds on March 15, 1944. 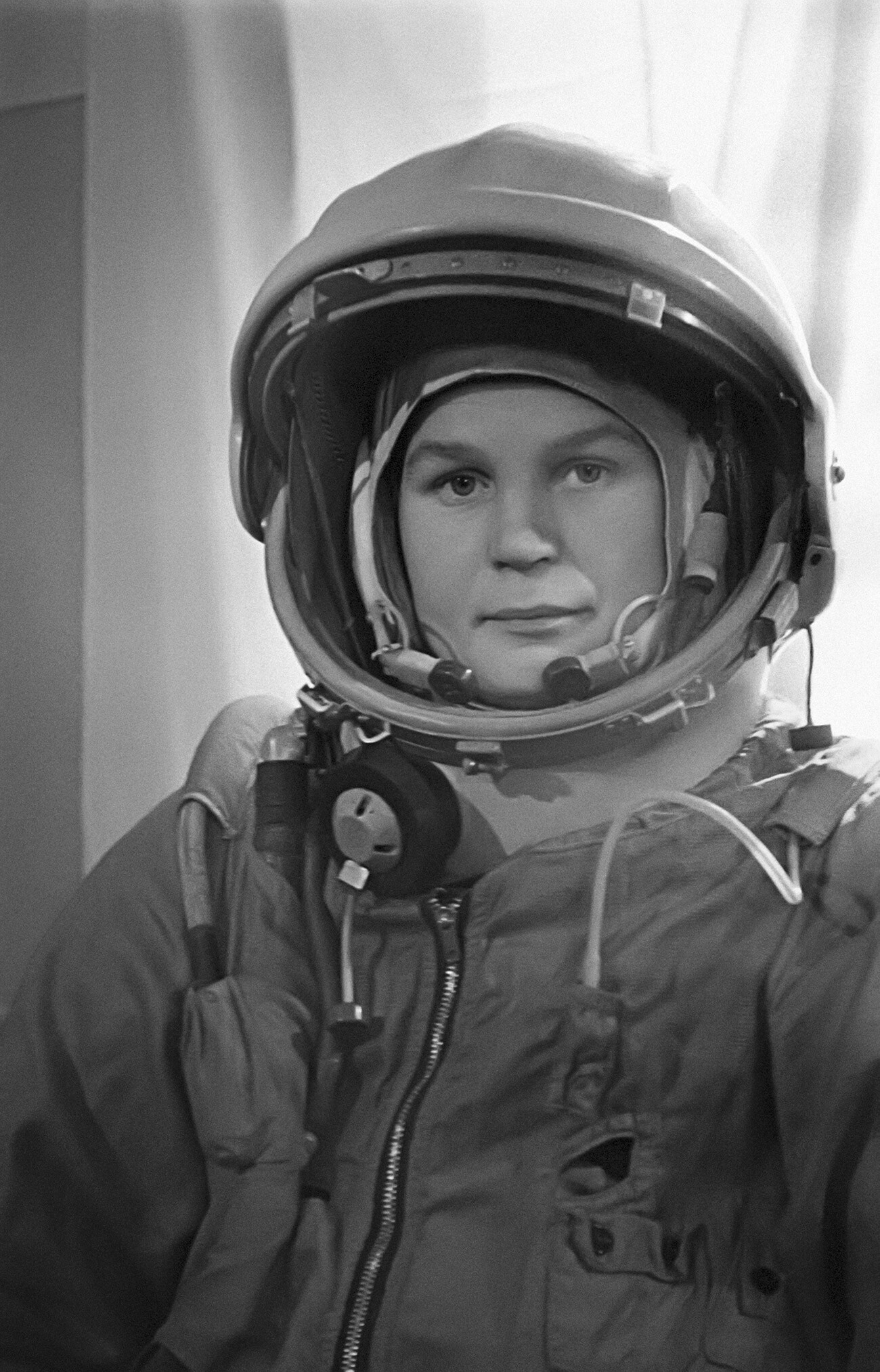 The idea to send a woman into space came to the Soviet leadership after the successful flight of Yuri Gagarin in 1961. If the first male cosmonaut was searched for among military pilots, a worthy female candidate was selected from hundreds of girls involved in the parachuting sport. Valentina Tereshkova was the lucky one.

The flight of the first female cosmonaut started on June, 16, 1963, and lasted almost three days, during which her spaceship ‘Vostok-6’ circled the Earth 48 times. Tereshkova remains the only woman in history to have flown into space alone - others have only flown as part of crews with male counterparts.

After her triumph, Valentina Tereshkova, awarded the title of Hero of the Soviet Union, decided to devote herself to politics, which she does to this day. She remained a member of the cosmonaut team until 1997, but she never went into space again