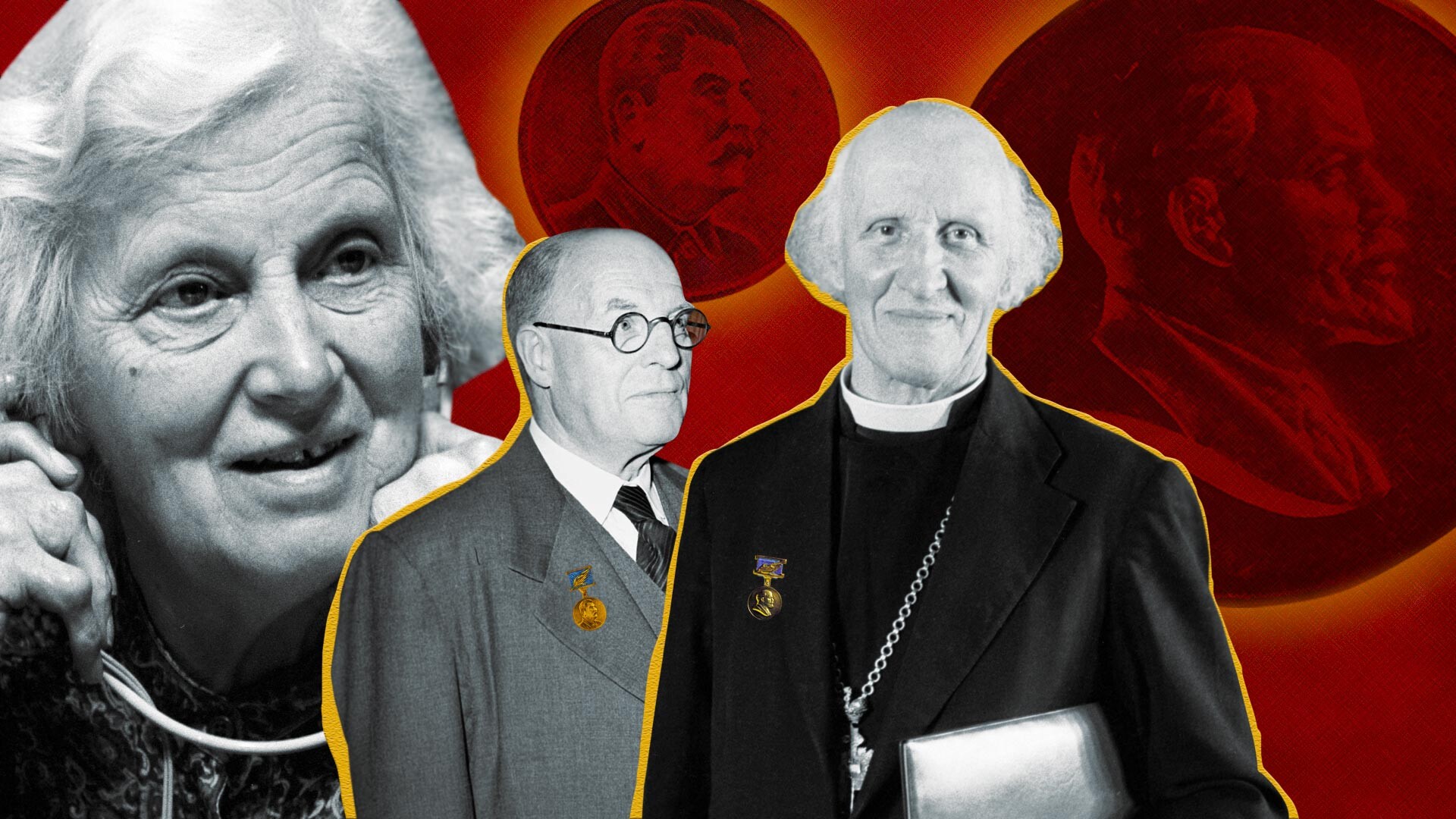 Russia Beyond (Photo: Vladimir Vyatkin, D.Chernov, N.Maksimov/Sputnik; Vasily Yegorov, Vladimir Savostyanov/TASS)
In the late Stalinist period, the Soviet leadership decided to award the Peace Prize to foreigners who had made a significant contribution towards greater mutual understanding and harmony in the world. Throughout the several decades of its existence, this peace award was bestowed upon nine British citizens.

The International Prize for “Strengthening Peace Among Peoples” was one of the Soviet Union’s most prestigious awards. Established in 1949, it was called the Stalin Peace Prize until 1955. Following de-Stalinization it was renamed in honor of Soviet revolutionary leader Vladimir Lenin and it became known as the Lenin Peace Prize.

The prize was bestowed annually upon five to ten citizens of any country in the world, “regardless of their political, religious and racial differences, for outstanding services in the fight against warmongers and for the strengthening of peace”.

The laureate was chosen by a special committee and they were awarded a medal, a diploma and a cash prize (about $25,000 at the exchange rate at that time).

Throughout its existence, the award has been given to eight Americans, as well as to these nine Brits, and many others. 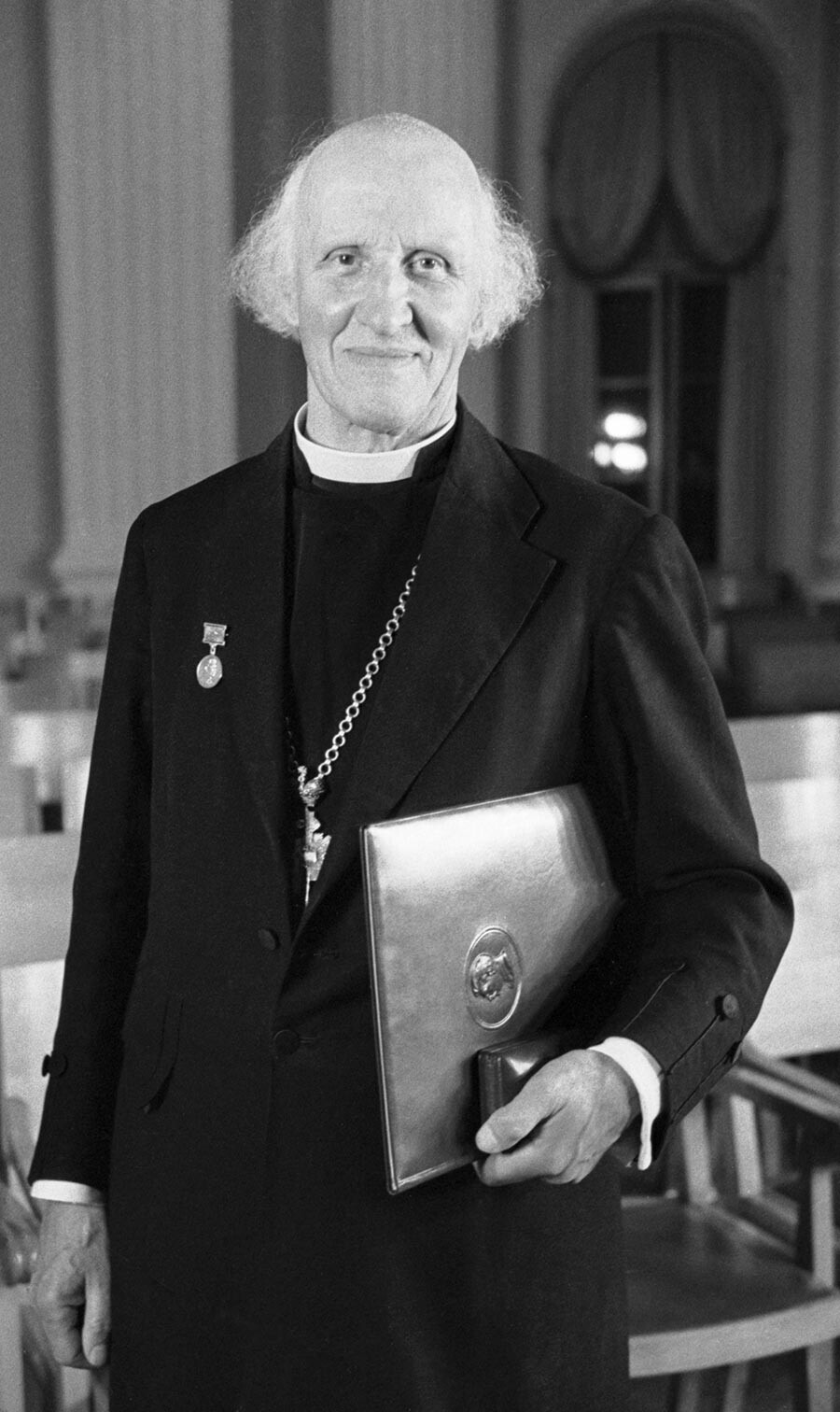 Hewlett Johnson on the awarding ceremony in Moscow

A major religious figure and the rector of Canterbury Cathedral, Hewlett Johnson (1874-1966), openly supported the 1917 Revolution in Russia and the new Soviet government. A “true Christian cannot be an enemy of communism,” he used to say.

Called “the Red Dean of Canterbury,” Johnson was treated with suspicion and even irritation in the UK for his sympathies towards the Bolsheviks. The awarding of the Soviet Peace Prize to him in 1951 shook his credibility even more, and he became the subject of the intelligence services’ serious interest. Under public pressure, he was even forced to leave his post of rector. Read more about Johnson's ties with the Soviet Union here.

The same year, by the way, another prominent priest, the American Arthur Moulton, received the Soviet peace award. 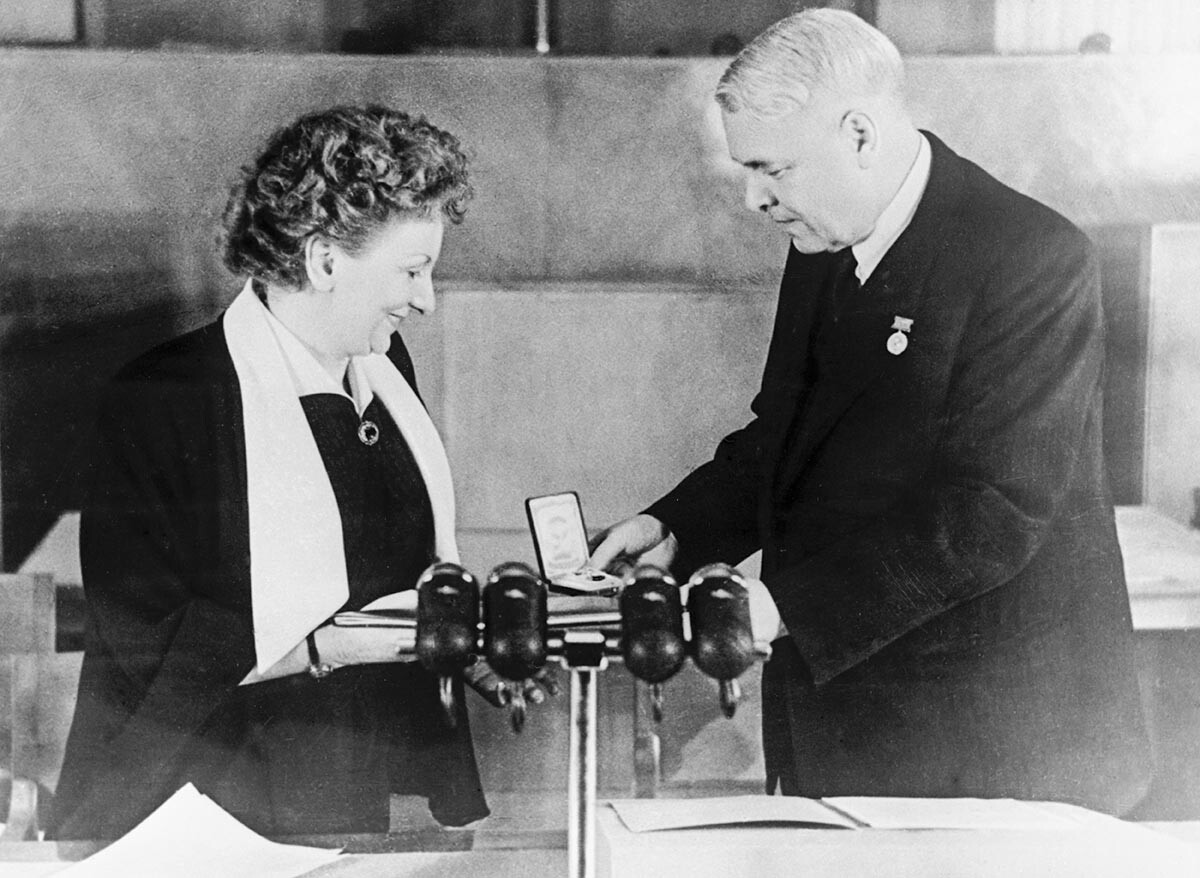 The British writer (1906-1970) was known for her anti-war and feminist views. As a member of the International Democratic Women’s Federation (which included Soviet women) she visited various countries to promote peace. For showing sympathy to North Korea during the Korean war, she was suspected of treason in the UK. The Soviet Union, however, recognized her activities with the Peace Prize. 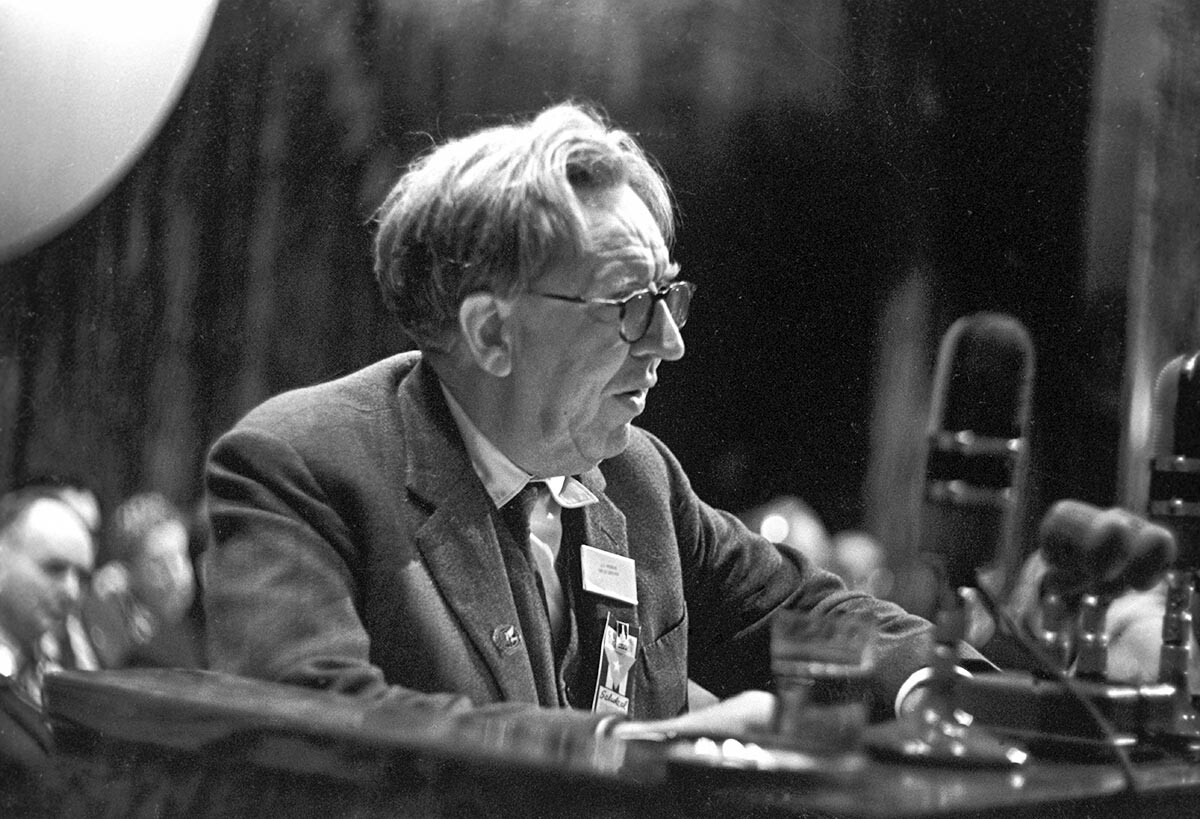 Professor of Physics J.D. Bernal (1901-1971) attended many scientific meetings in the USSR and even became an honorary professor at Moscow State University. He was deeply sympathetic to the country and personally to Stalin. For several years Bernal was president of the World Peace Council, an independent anti-imperialist organization that criticized U.S. military actions and which, as it later turned out, was secretly sponsored by the USSR. Through such efforts he helped the USSR to reduce the risks of a new global war and a nuclear threat - for which he received the Soviet Peace Prize in 1953. 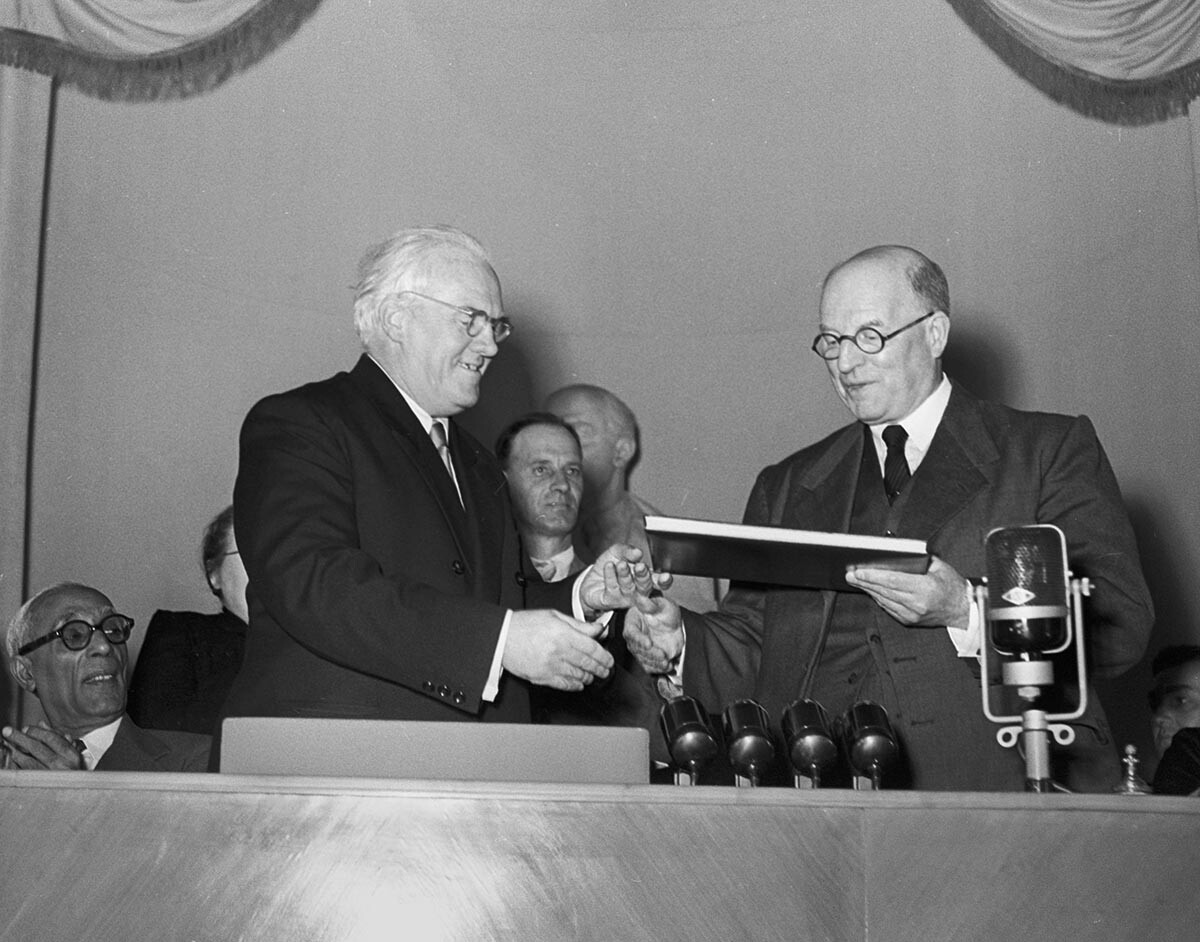 Denis Pritt (pictured right) during the award ceremony in Moscow

As early as the 1930s lawyer Denis Pritt (1887-1972) actively supported the USSR, Stalin and even Stalin’s great purge, as well as the Soviet-Finnish War. For many years he headed the British Society for Cultural Relations with the USSR. In the 1950s, during the Cold War, Pritt became extremely unpopular in Britain because of his opposition to NATO. In 1954, the USSR honored him with the peace prize. 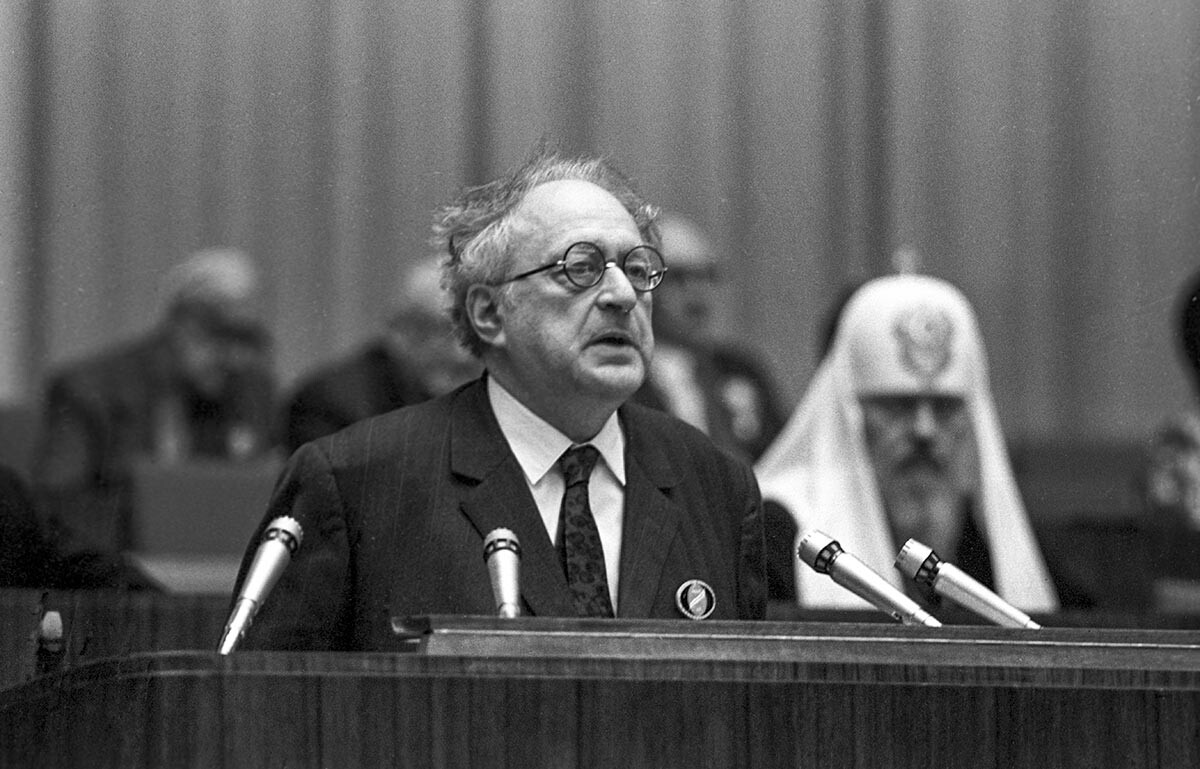 Montague speaking at the World Congress of Peace Forces in Moscow, 1973

The English aristocrat and filmmaker Ivor Montague (1904-1984) was a member of the executive committee of the Communist Party of Great Britain. In the 1920s, thanks to his Communist connections, he met Soviet film director Sergei Eisenstein, the movie giant of his time. Together they set off to conquer Hollywood and made a joint film, Assault on La Zarraza. Montague was openly sympathetic to the USSR and was a member of the World Peace Council mentioned above. In 1959 he received the Soviet Peace Prize. 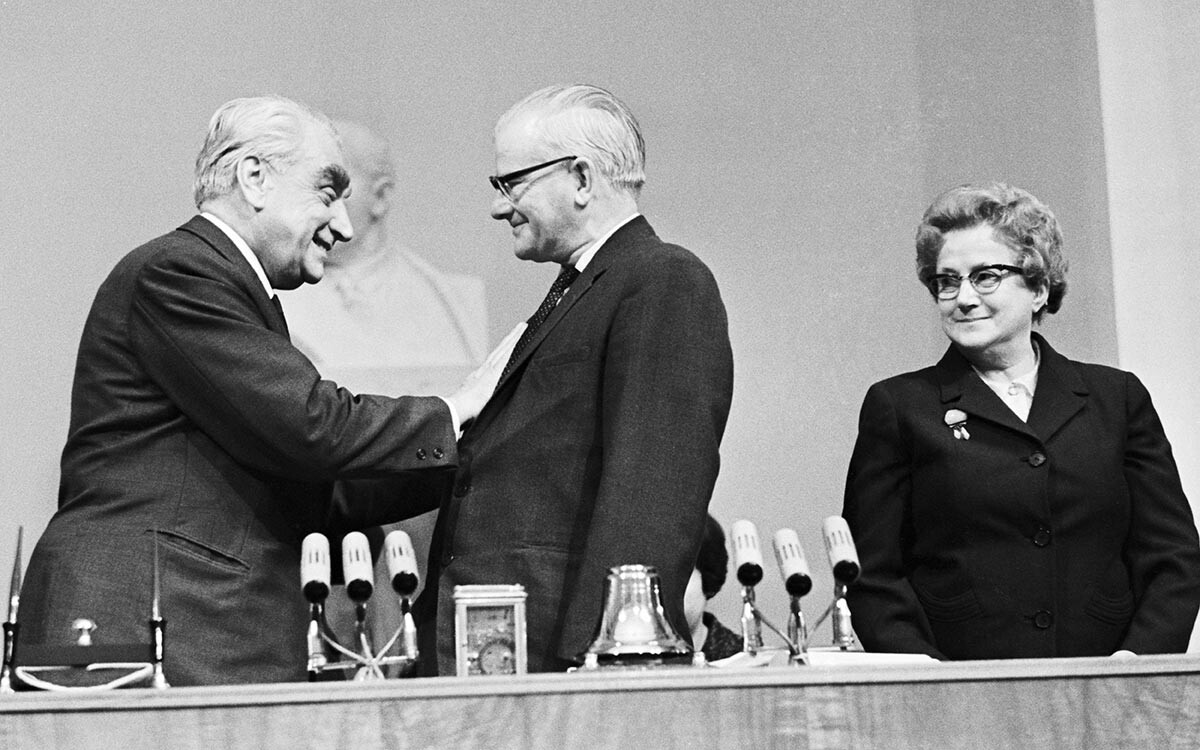 Shaffer (pictured in center) during the Peace Prize awarding in Moscow

Journalist and peace activist Gordon Shaffer (1905-1997) was chairman of the British Peace Committee for many years and advocated disarmament. He was also a member of the World Peace Council’s Presidium. In 1964, he personally came to Moscow with his wife (pictured right above) to be awarded the Lenin Peace Prize. 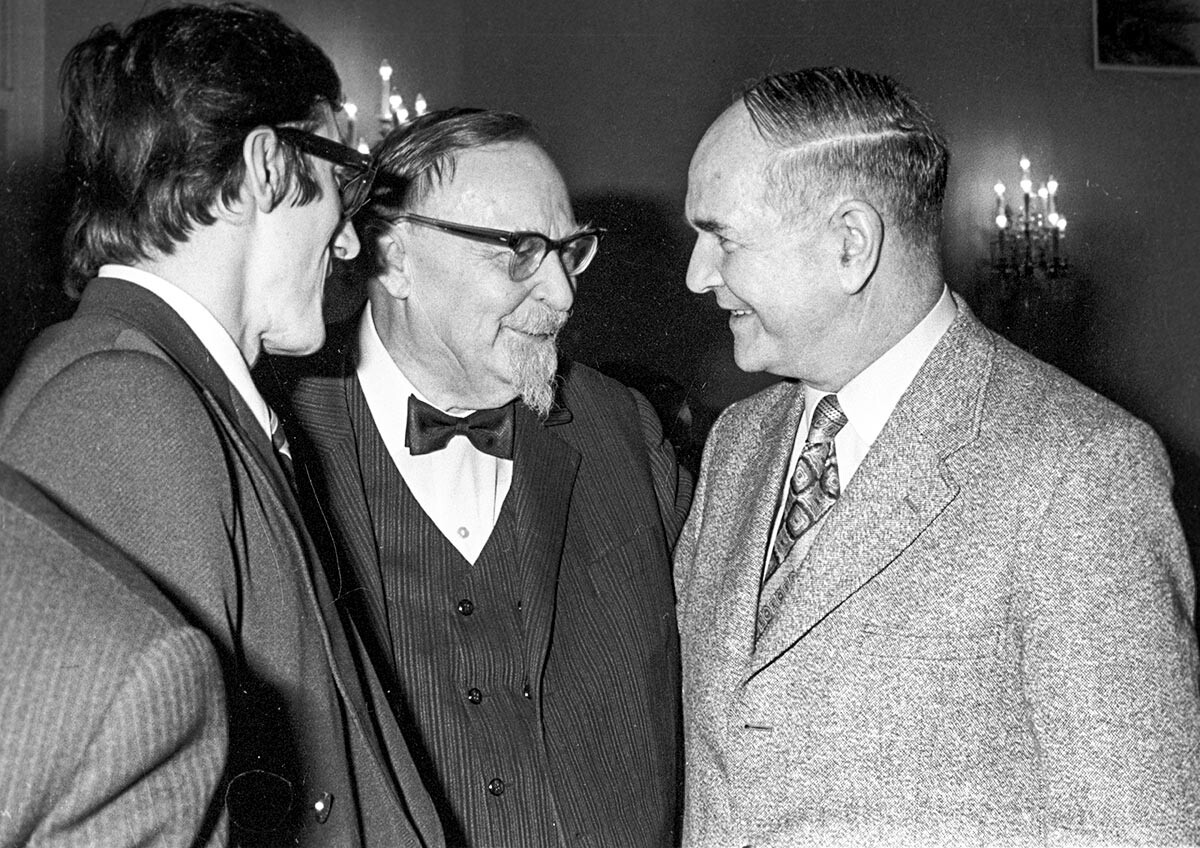 Burhop (pictured right) and Soviet scientists at the meeting of the World Federation of Scientific Workers’ Bureau in Moscow, 1973

Australian-born physicist and professor of London’s University College, Eric Burhop (1911-1980) was referred to by the intelligence services as pejorative 'pink', that is, not quite red but still a communist sympathizer. Burhop worked in the U.S. Manhattan Project to develop a nuclear bomb and was one of the first to be concerned about international security. He actively raised public awareness of the subject in forums across the world, including in the USSR. In 1972, Burop was awarded the Soviet Peace Prize, and in the 1970s he came to Moscow repeatedly for various scientific meetings as well as peace meetings. 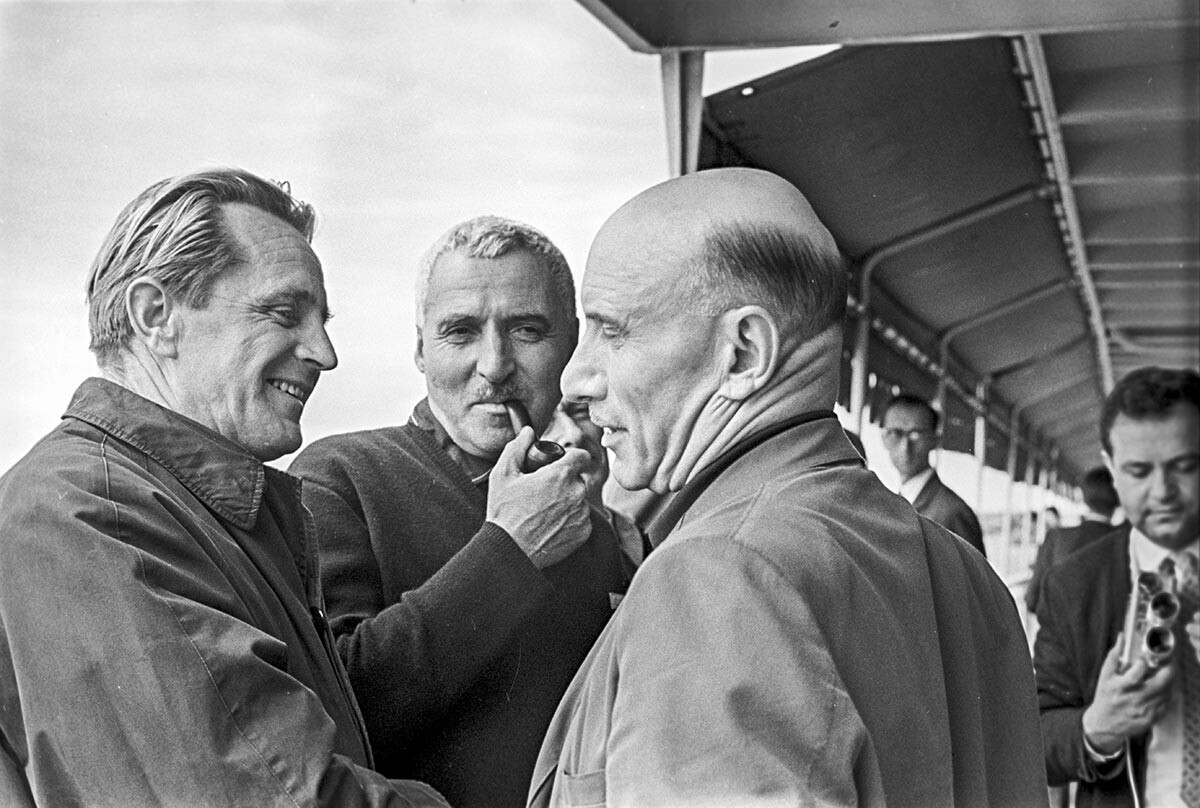 The Australian-born journalist James Aldridge (1918-2015), in one of his best-known novels, The Diplomat (1949), showed the work of Soviet and British diplomats during the 1945 Iranian Revolution. Aldridge was sympathetic to the Soviet Union, for which he was appreciated behind the Iron Curtain and awarded the Peace Prize. Aldridge visited the USSR several times, attended the Moscow International Film Festival, the Congress of Peace-Loving Forces, and even attended USSR writers’ conventions. 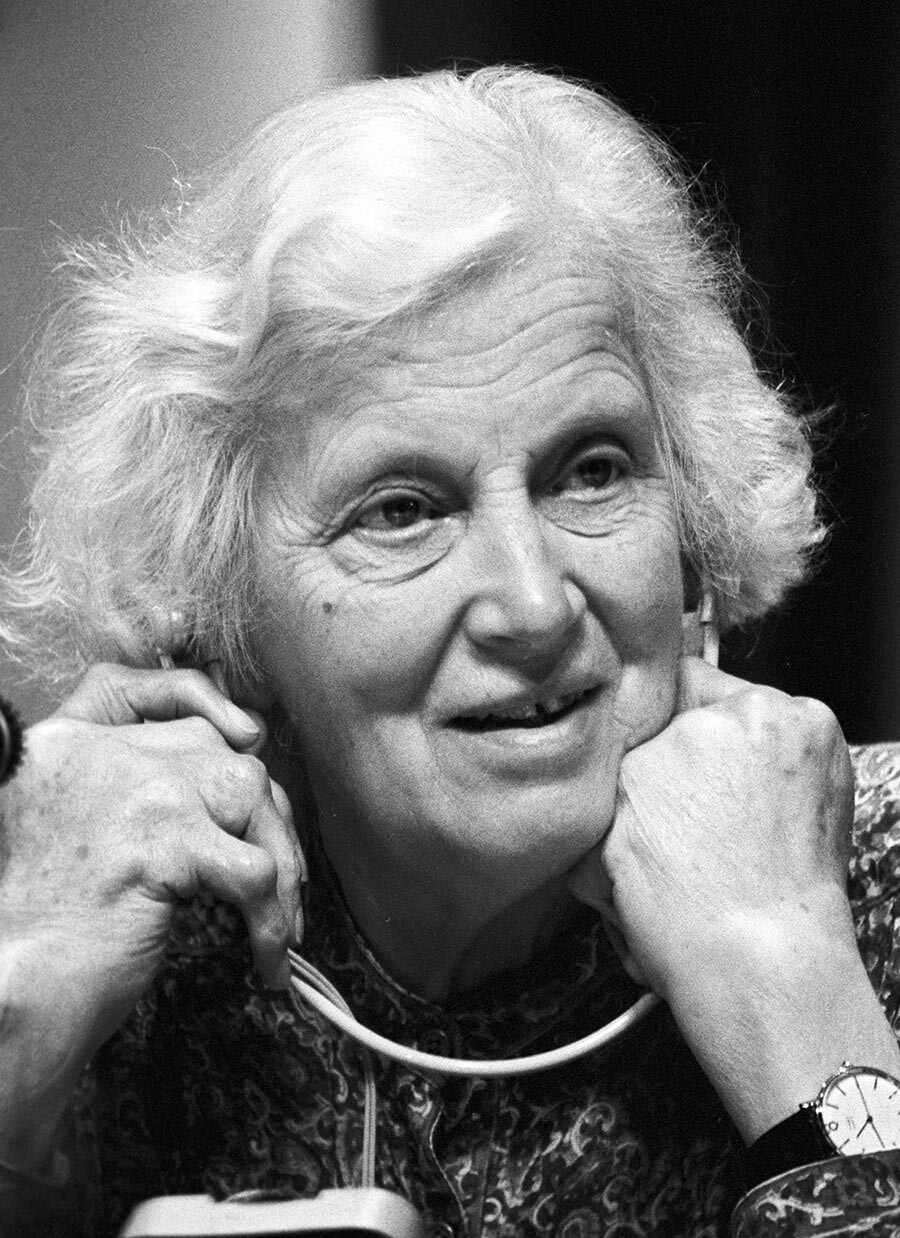 Dorothy Hodgkin at the All-Union Scientists’ Conference against the Threat of Nuclear War, for Disarmament and Peace in Moscow, 1983

Chemist Dorothy Hodgkin (1910-1994) was close to and worked together on scientific projects with another Soviet Peace Prize laureate, John Bernal. Being a Nobel Prize winner in Chemistry (1964), for eight years she led the Pugwash movement of scientists who advocated peace (and invited Soviet professors as well). Dorothy received the Soviet Peace Prize in 1987, having been a foreign member of the USSR Academy of Sciences since 1976.