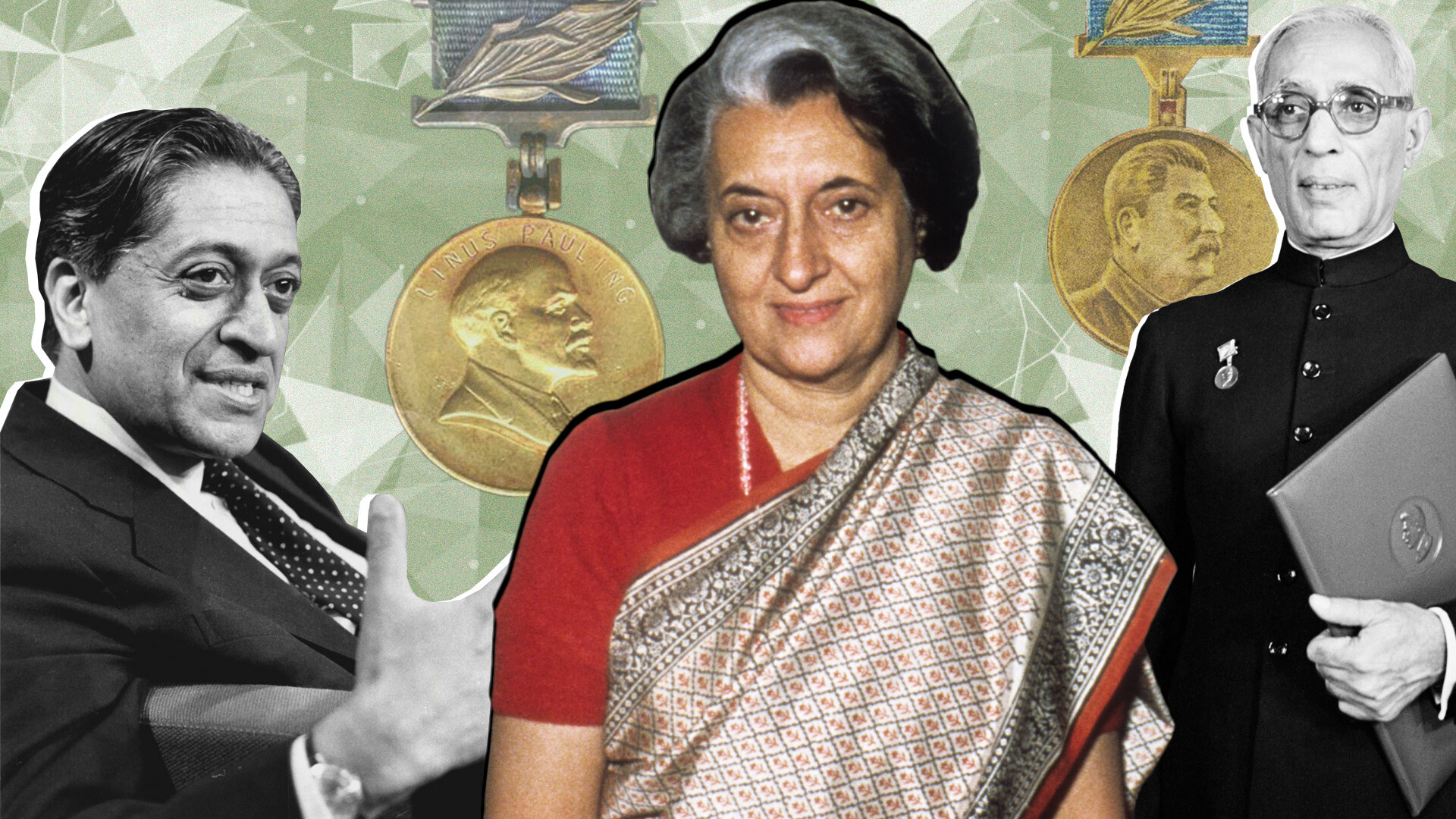 Russia Beyond (Photo: Victor Colin Sumner/Fairfax Media/Getty Images; Vasily Yegorov/TASS, Public domain)
In the late Stalinist period, the Soviet leadership decided to award the Peace Prize to foreigners who had made a significant contribution towards “greater mutual understanding and harmony in the world”. Throughout the several decades of its existence, this peace award was bestowed upon the following citizens of friendly India.

The International Prize for “Strengthening Peace Among Peoples” was one of the Soviet Union’s most prestigious awards. Established in 1949, it was called the ‘Stalin Peace Prize’ until 1955. Following de-Stalinization, it was renamed in honor of Soviet revolutionary leader Vladimir Lenin and it became known as the ‘Lenin Peace Prize’.

The prize was bestowed annually upon five to ten citizens of any country in the world, “regardless of their political, religious and racial differences, for outstanding services in the fight against warmongers and for the strengthening of peace”.

The laureate was chosen by a special committee and they were awarded a medal, a diploma and a cash prize (about $25,000 at the exchange rate at that time).

Throughout its existence, the award has been given to eight Americans, nine Brits, as well as to these distinguished Indians. 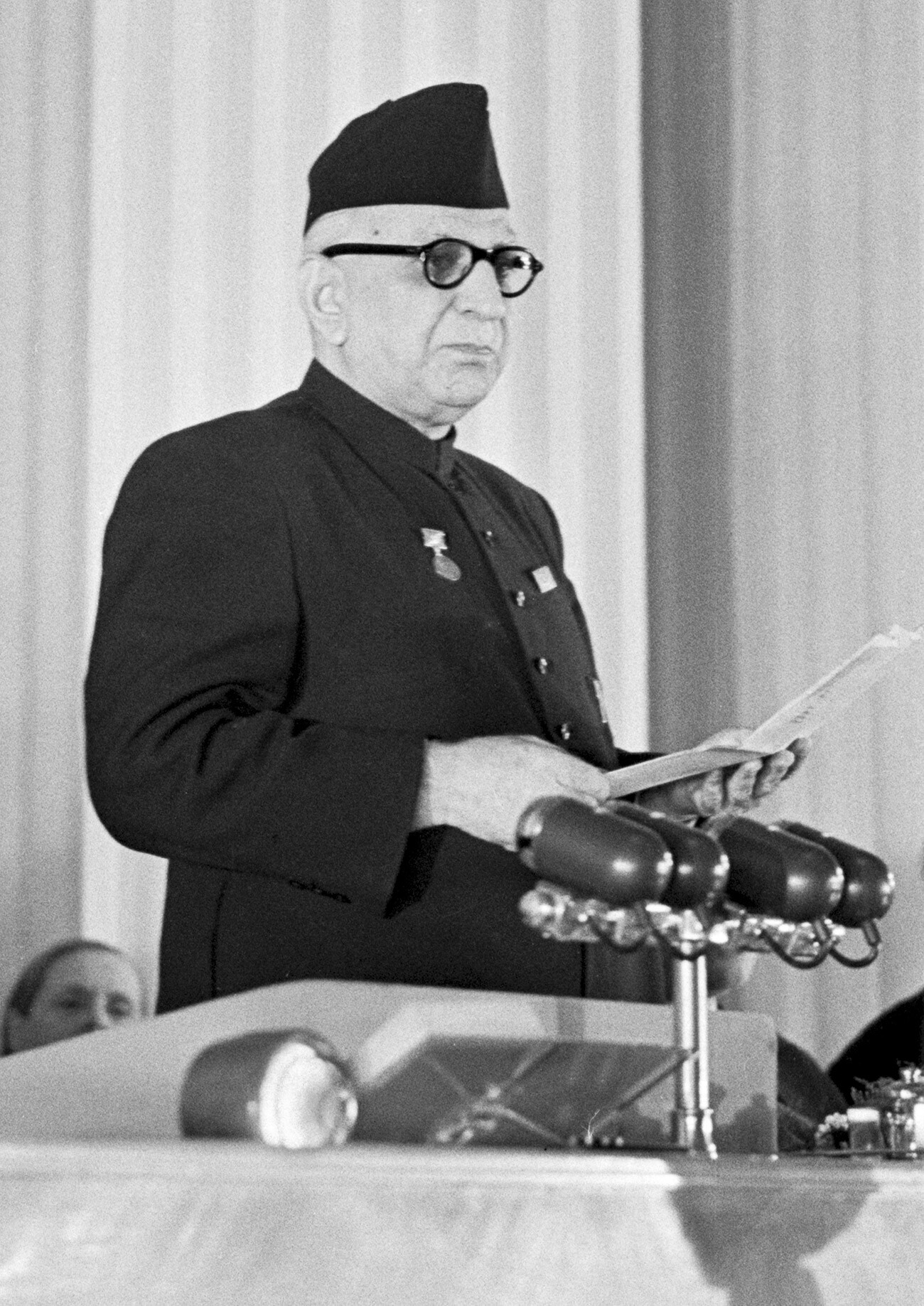 Kitchlew during the awarding ceremony in Moscow

Kashmiri Muslim Saifuddin Kitchlew (1888-1963) was a lawyer and activist in the Indian independence movement. He was a follower of Mahatma Gandhi’s Satyagraha conception, simply put, a nonviolent form of civil resistance. Later, he became head of the All India Peace Council and vice-chairman of the World Peace Council (which, as it later turned out, was secretly sponsored by the USSR). Kitchlew traveled to Moscow for the award ceremony and was also part of the Indian delegation at Stalin’s funeral. 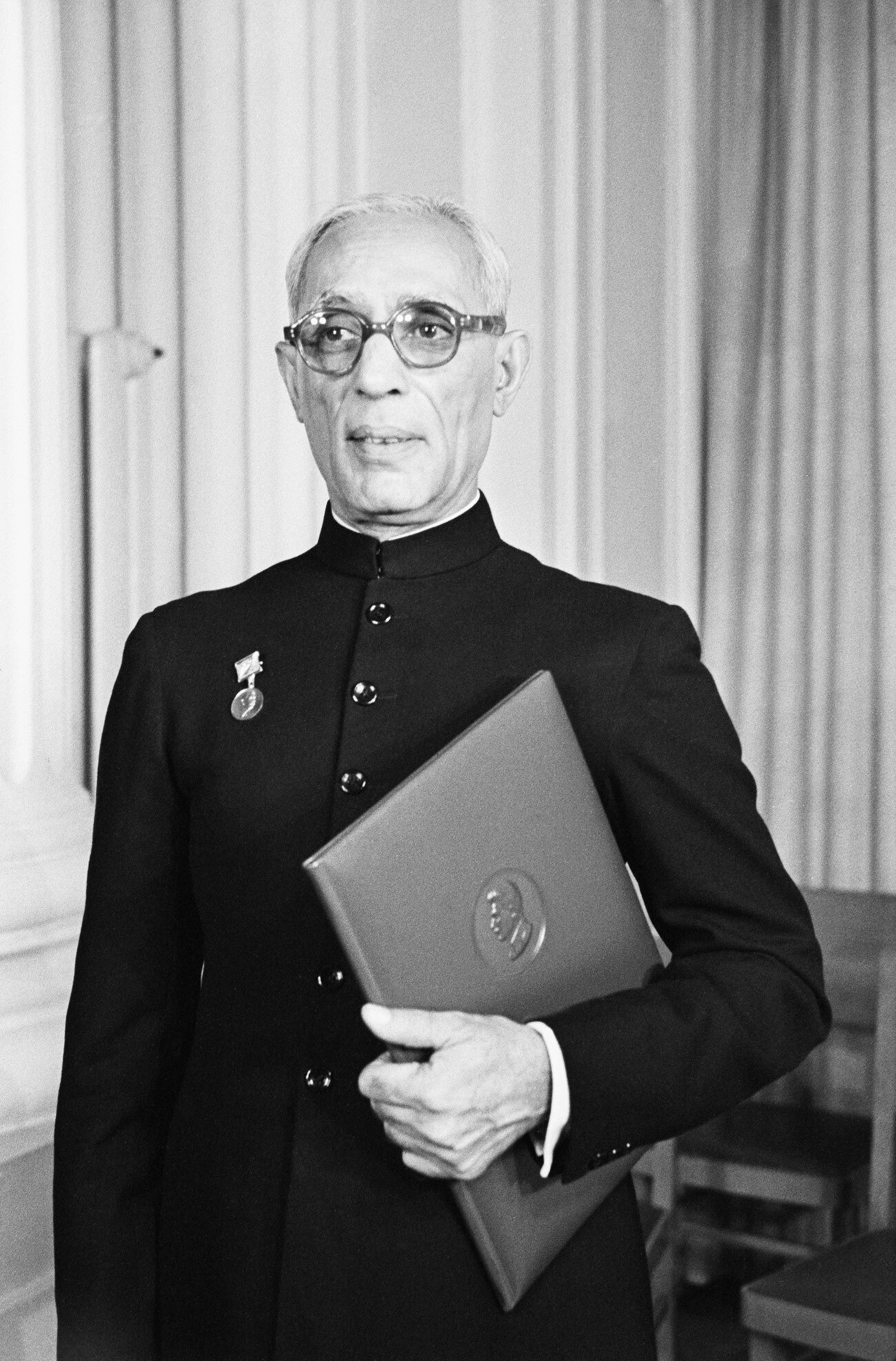 Sokhey at the awarding ceremony in Kremlin

Sir, Professor, Major General Sahib Singh Sokhay (1887-1971) received a medical education, studied at the Edinburgh University and even participated as a doctor in World War I. He is best known as one of the founders of pharmacological industry in India and contributed significantly to the mass production of vaccines and drugs against plague, cholera, malaria. He even served on the Council of States, the upper house of the Indian Parliament. Sir Sokhay was also a peace activist and a member of the All India Peace Council, as well as the aforementioned World Peace Council. 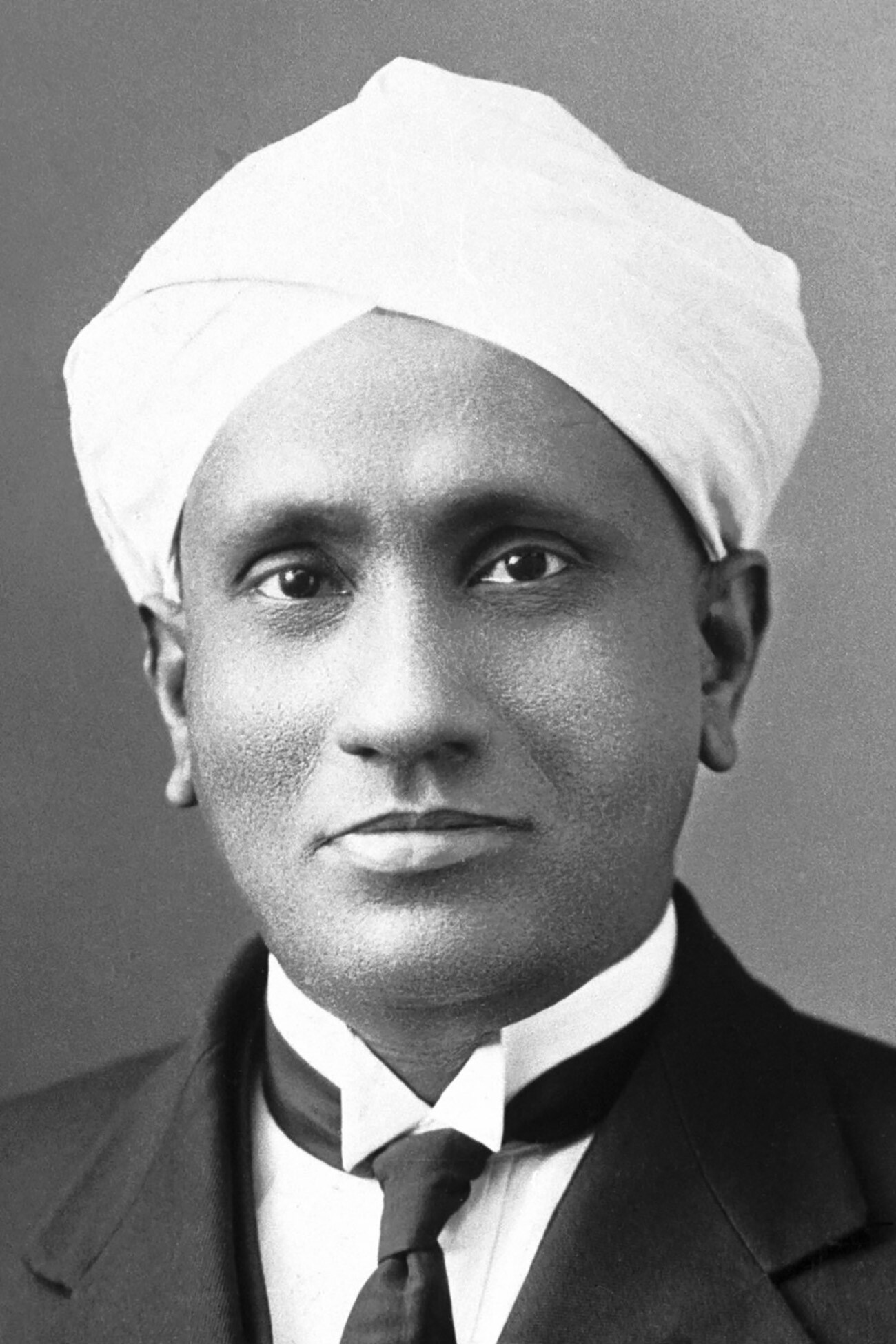 Physicist and brahmin by origins C. V. Raman (1888-1970) was the founder and long-time president of the Indian Academy of Sciences. In 1930, he became the first scientist from India (and from Asia) to receive the Nobel Prize in Physics “for his work on the scattering of light and for the discovery of the effect named after him” (the Raman Effect). In 1947, he also became a corresponding member of the Academy of Sciences of the USSR. 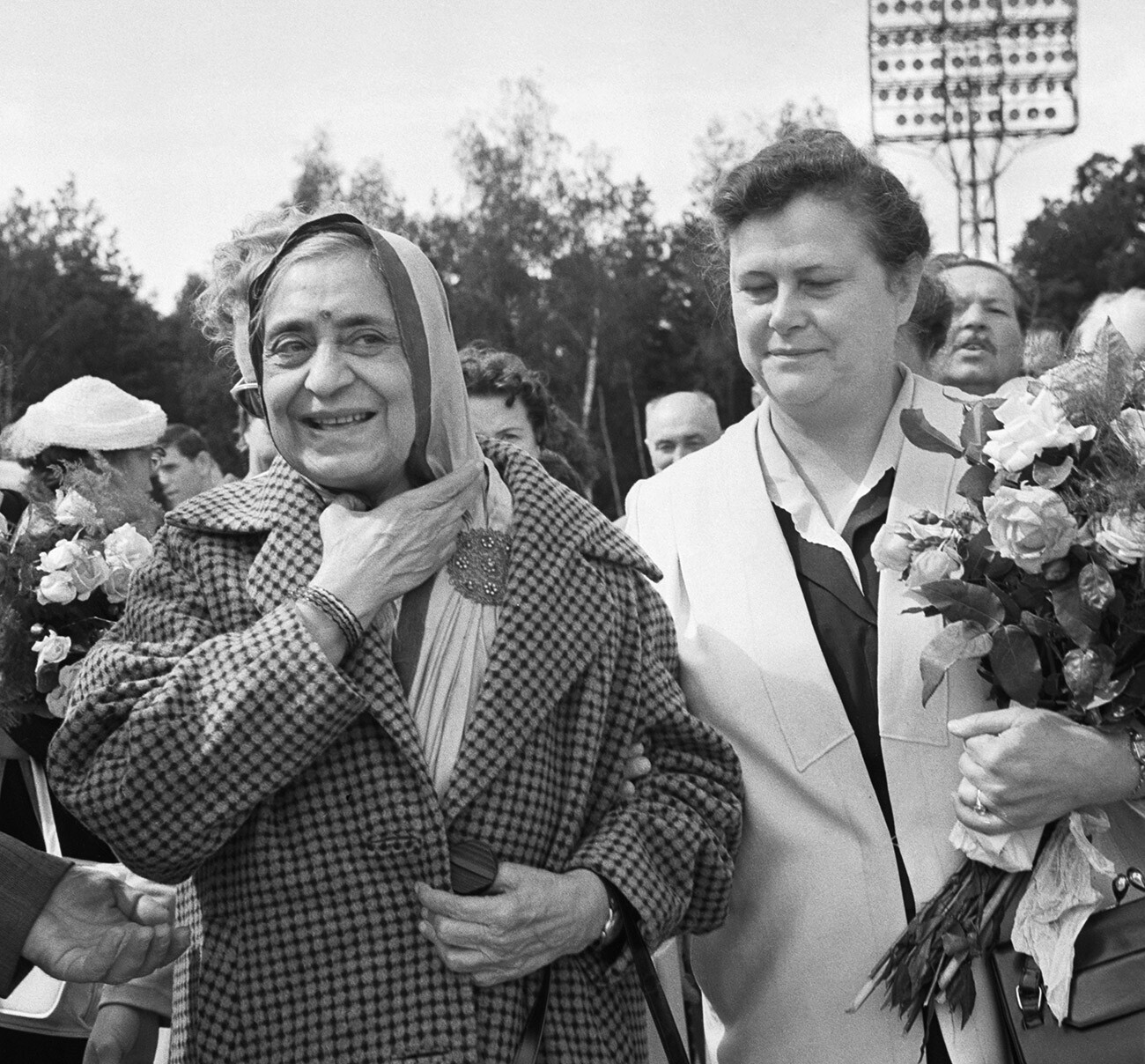 The social activist Rameshwari Nehru (1886-1966) was primarily known as a feminist and founder of the women’s movement in India, where she fought for equal rights for women. The other side of Nehru’s social and political life was the issue of peace and disarmament. She traveled to the Soviet Union several times to attend peace conferences. Her efforts were awarded both India’s prestigious state award, the Padma bhushan and the Soviet Peace Prize. 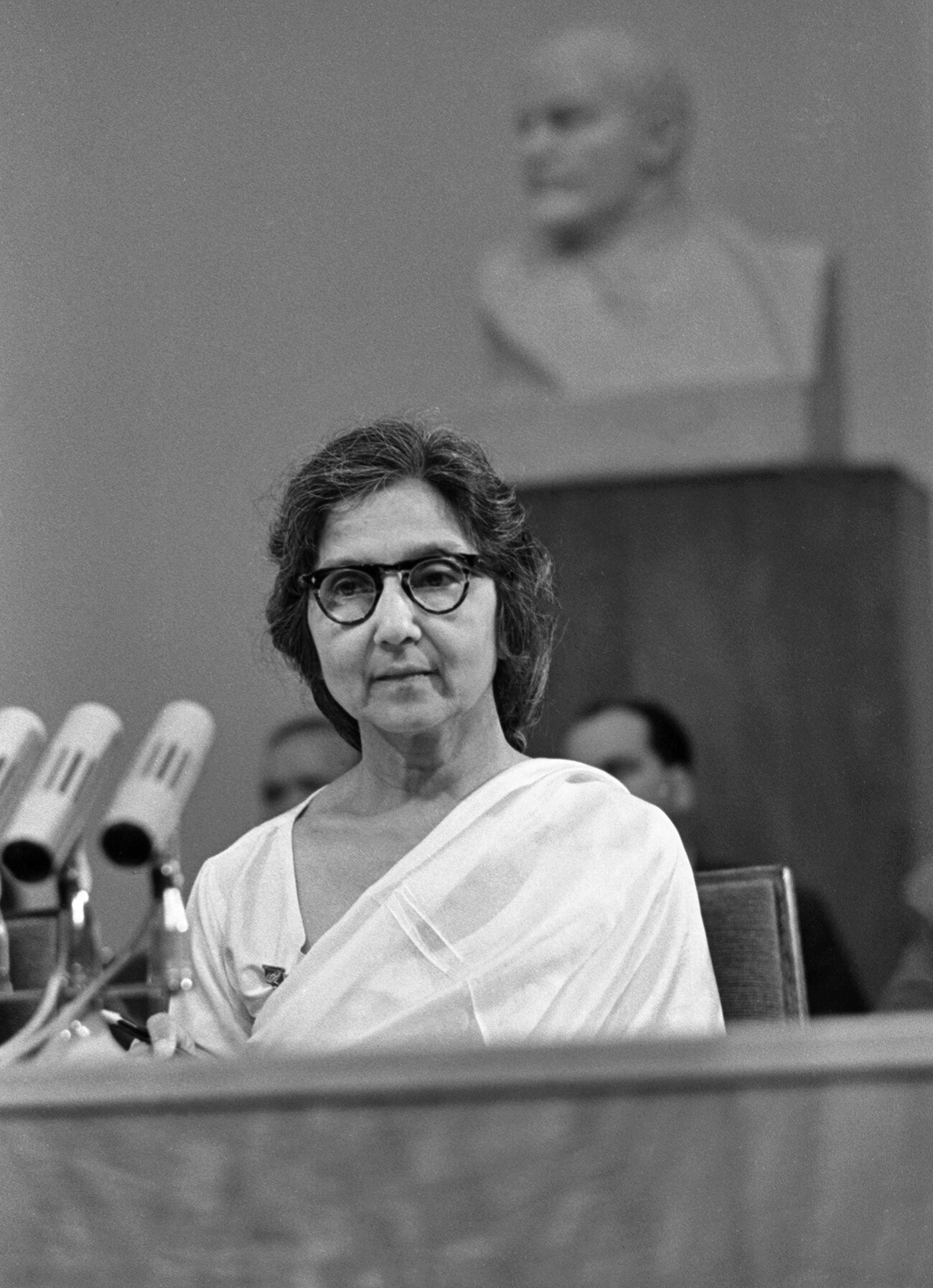 Revolutionary Aruna Asaf Ali (1909-1996) actively fought for the independence of India, for which the British even wanted to arrest her, but she went into hiding. Unlike Gandhi’s followers, Asaf Ali called for an active revolution. In the 1950s, she became a member of the Communist Party of India and also founded the national women’s federation (and even came to the USSR to speak at a meeting of the women’s committee). In addition, Aruna was vice-president of the All India Association for Solidarity in Asia and Africa. For her activities, the Soviets awarded her not only with the Peace Prize, but also the Order of Friendship of Peoples. 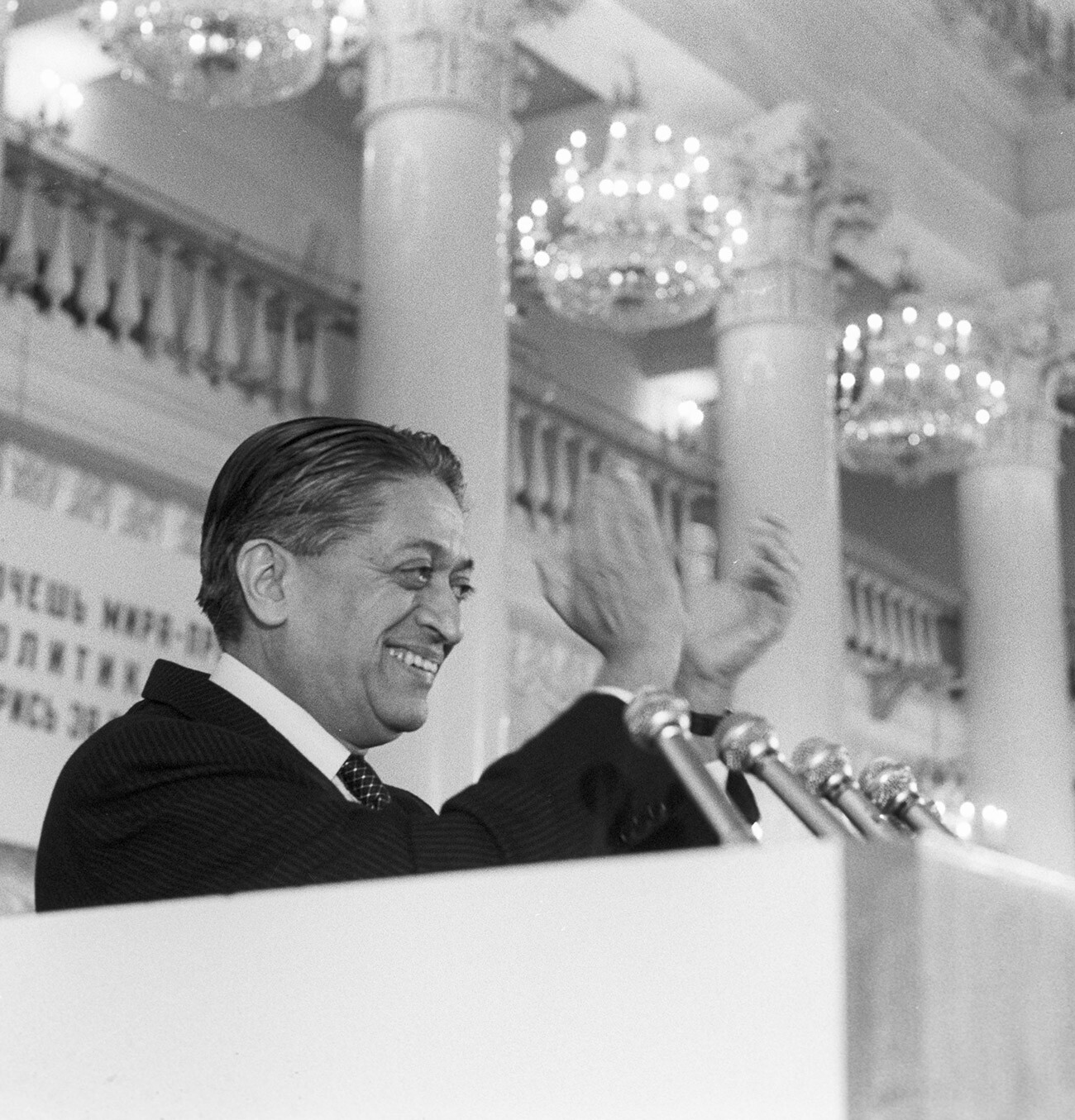 Romesh Chandra at the All-Union Peace Conference in Moscow, 1979

Romesh Chandra (1919-2016) can certainly be called a great friend of the USSR. In any case, he fully shared the position of the Soviet Union on peace and disarmament, often spoke at conferences in Moscow and considered the main opponent of the USSR, NATO, “a great threat to world peace”. In addition, Chandra was a leftist and a leader of the Communist Party of India. 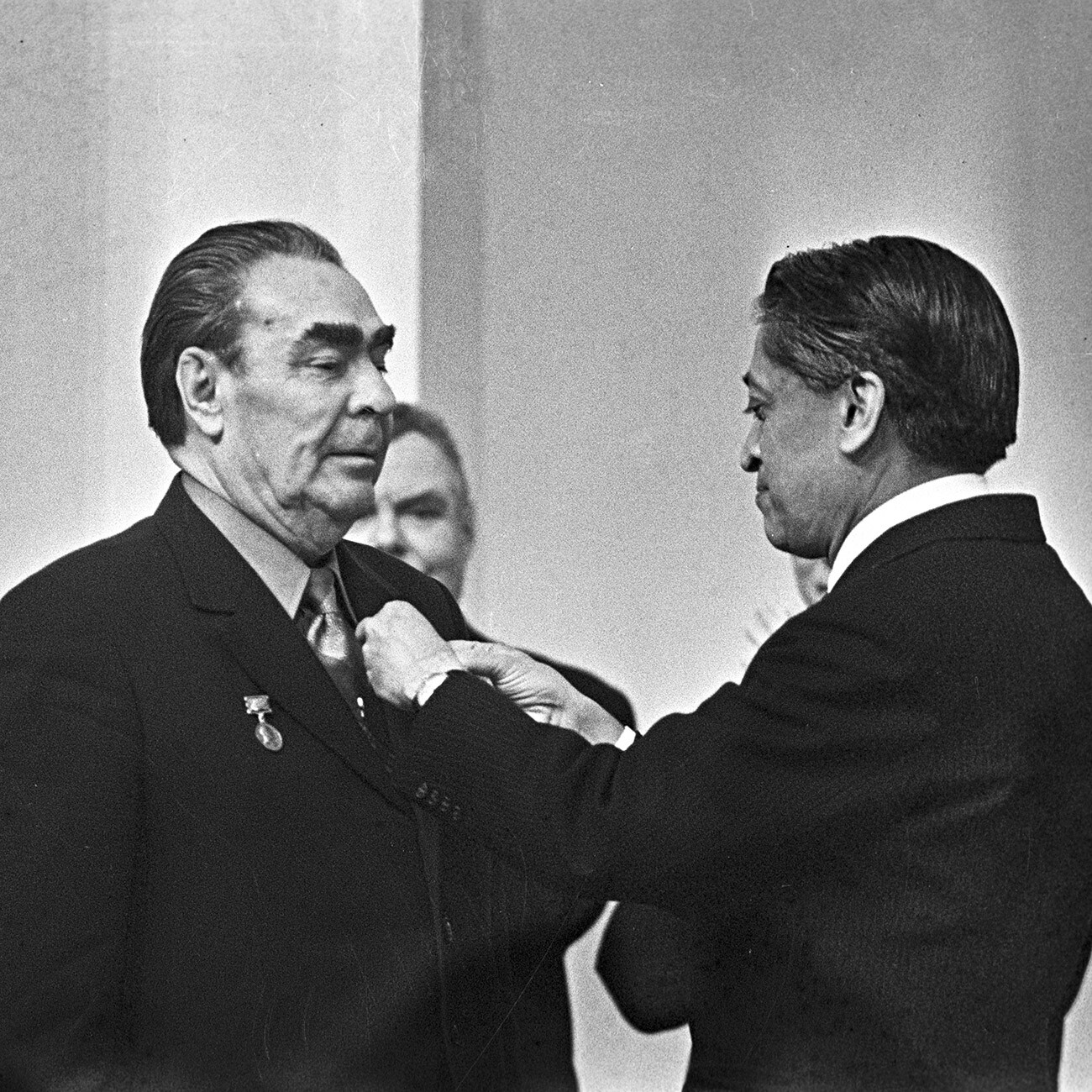 Romesh Chandra presenting Leonid Brezhnev with the Gold Medal of Peace in 1975.

From the mid-1960s, Chandra was Secretary General and later Chairman of the World Peace Council, a post he held until 1990. The Soviet Union awarded Chandra not only the Peace Prize, but also the Order of Lenin and the Order of Friendship of Peoples. 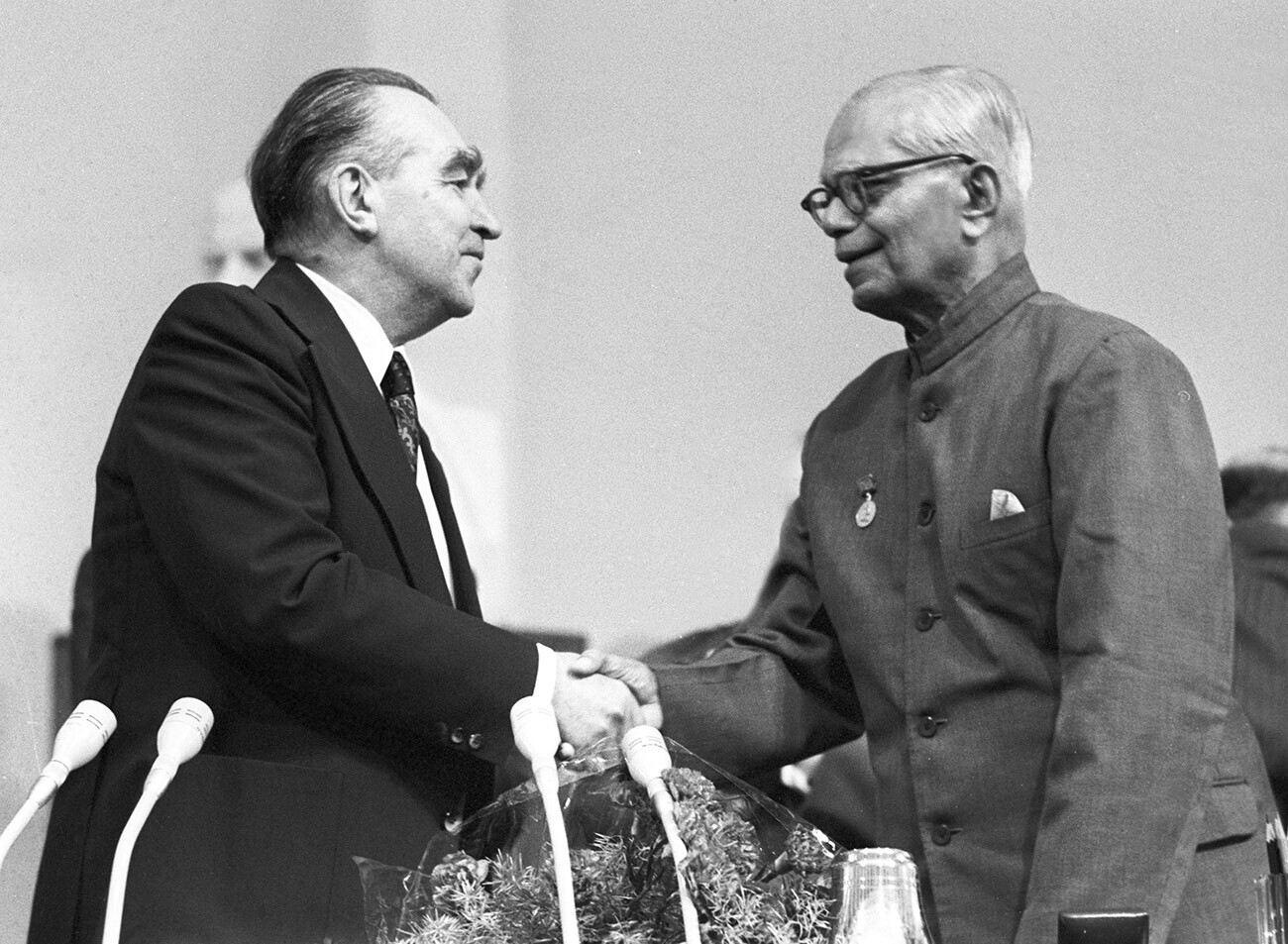 For almost 10 years, K. P. S. Menon (1898-1982) was India’s ambassador to the USSR and managed to build a trustful relationship with both Joseph Stalin and Nikita Khrushchev (although criticizing the Soviet press for reflecting only the official point of view). Later, in the 1960s and 1970s, Menon was chairman of the Indo-Soviet Cultural Society and also held a high position on the World Peace Council. 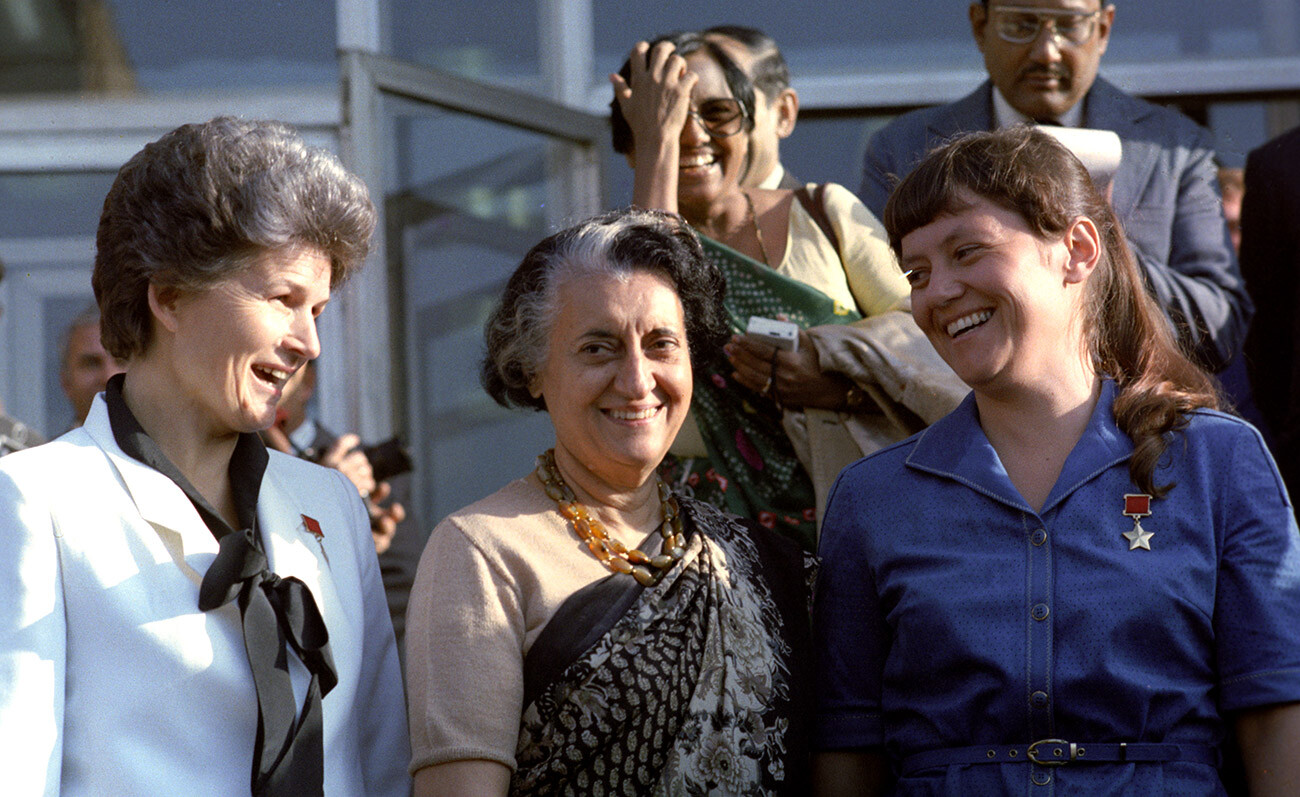 Indira Gandhi (1917-1984) enjoyed a special status in the USSR. Soviet citizens and especially women admired the fact that she was the first woman prime minister of India. Mrs. Gandhi came to the USSR many times and met with Leonid Brezhnev (and was also at his funeral), as well as receiving the Soviet delegation in Delhi.

After her assassination, she was posthumously awarded the Soviet Peace Prize. The same year, a square named after her was unveiled in Moscow (there is also a square in honor of Jawaharlal Nehru, Gandhi’s father).