Why on earth did Russia’s last emperor have DRAGON tattooed on his forearm? 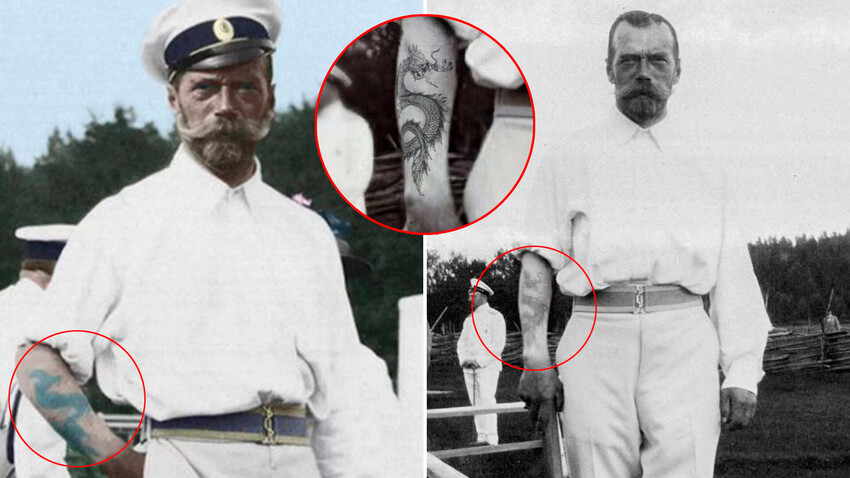 Public domain
Nicholas II, the last ruling offspring of the Romanov dynasty, got this unusual tattoo when he was traveling in Japan.

When Nicholas II, the last tsar of the Russian Empire, posed for photographs, he often rolled his right sleeve up. A closer inspection revealed the emperor demonstrated a dragon tattoo on his forearm. At a time when tattoos were frowned upon by the privileged classes, the ruler of the country did not shy away from the defiant demonstration.

When Nicholas II was a young heir to the Russian throne, he went on a voyage to study foreign cultures and meet foreign people, as it was believed to enhance his education and prepare him for taking over the throne.

The heir’s trip started in 1890 and included visits to such countries as Greece, Egypt, India, Ceylon, Singapore, Siam, China and Japan. Accompanied by his cousin, Prince George of Greece and Denmark, the Russian tsarevich arrived in the Japanese town of Nagasaki. 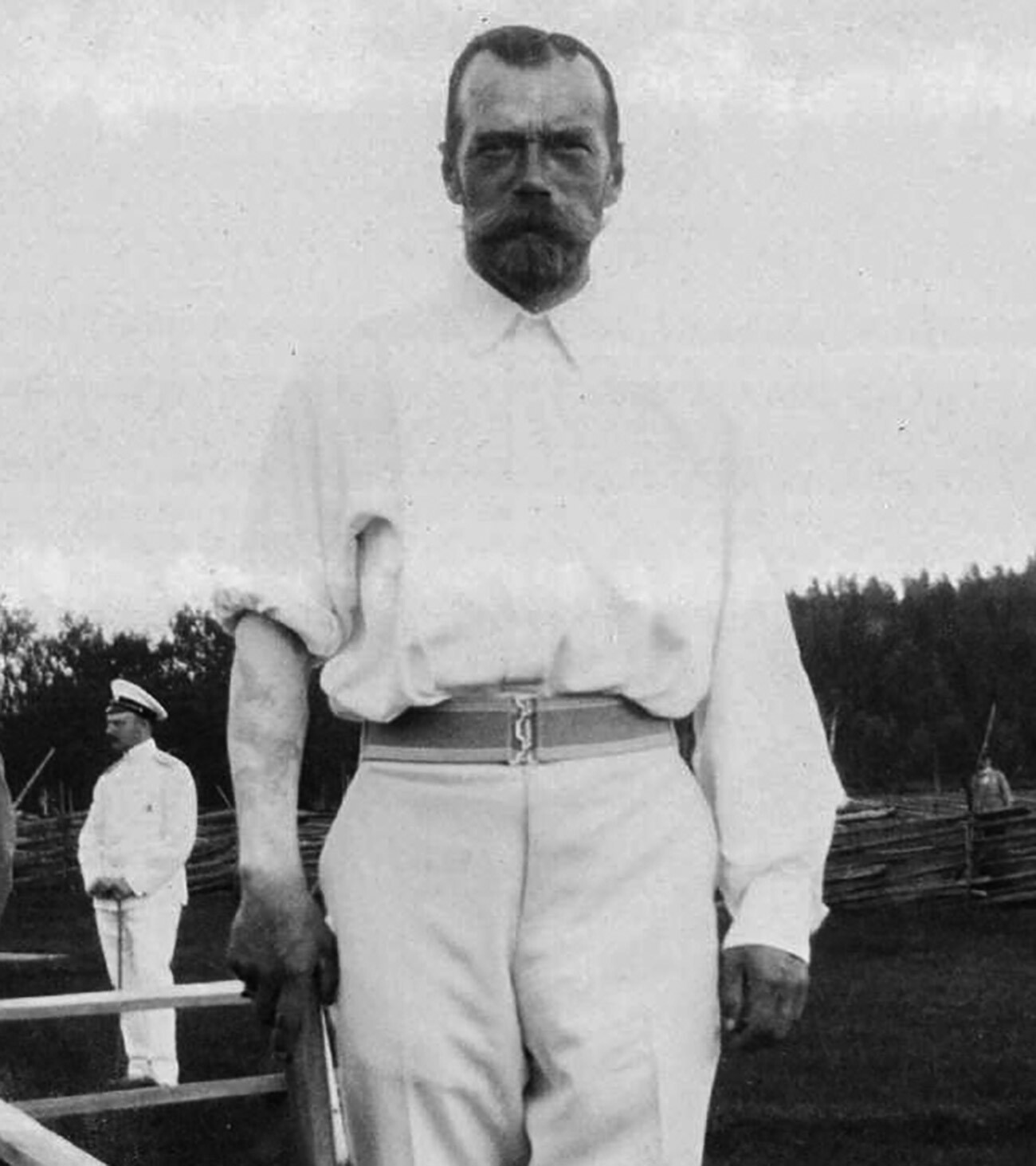 One evening, two Japanese tattoo masters came on board the tsarevich’s boat. The next morning, the heir made the following writing in his journal.

“April 16. Tuesday. I woke up to a beautiful day, the shore was beckoning. The streets and houses in Nagasaki make a wonderfully pleasant impression: everything is perfectly cleaned and looks tidy, it is a pleasure to enter their houses and the Japanese and Japanese women themselves are such cordial and friendly people. We returned to the frigate at 5 o’clock for tea. After dinner, I decided to have a tattoo of a dragon on my right arm, which took exactly seven hours, from 9 pm to 4 am, to complete! It is enough to go through this kind of pleasure once to discourage me from embarking on it again. The dragon turned out quite well. And my hand did not hurt at all!”

The tattoo on the heir’s forearm is a dragon that appears to swerve from the bottom part of the forearm up to the elbow. The dragon is depicted as having horns and a long mustache, as well as spikes growing along the creature’s backbone. Its muzzle is open, frozen in a sinister sneer. 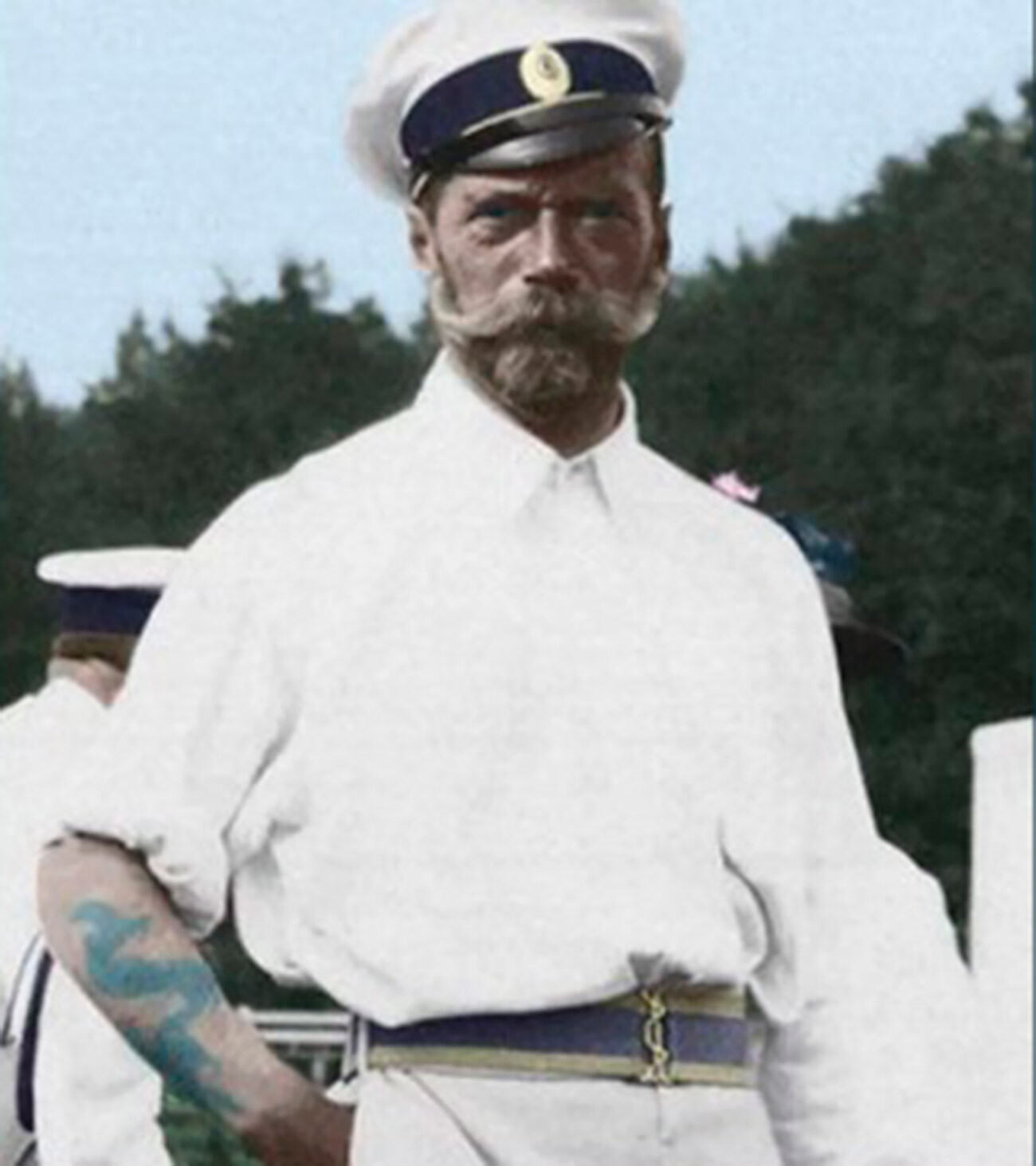 The reason why the heir decided to have a tattoo is not known for certain. However, it is believed that Nicholas was inspired by Albert Victor, Duke of Clarence and Avondale, who had a similar tattoo in Japan back in the late 1870s.

As to why the heir chose the dragon, there are multiple theories. Some believe that the dragon represents power, strength and wisdom. If this theory is right, the black dragon would be considered a symbol of the heir’s power and would be believed to bestow its symbolic protection to its owner. 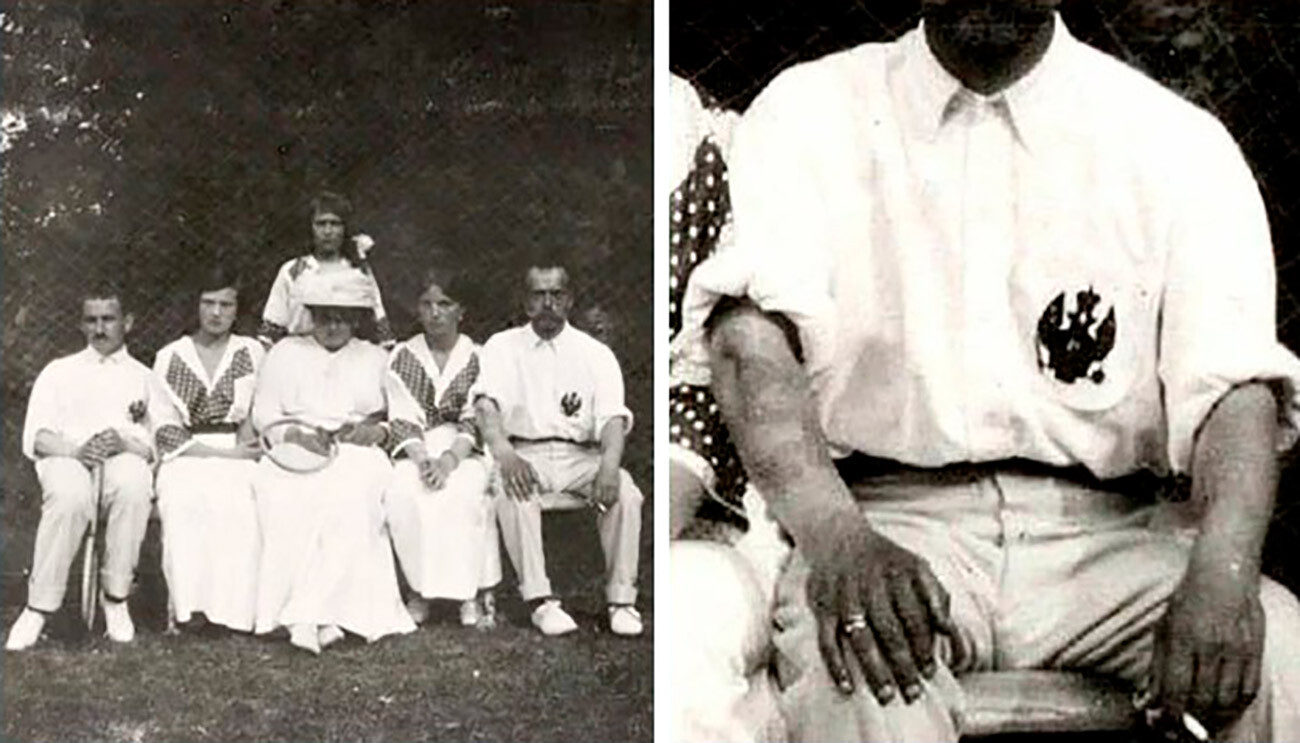 An alternative theory claims the dragon was an obvious choice for the future Emperor, because he was born in the year of the dragon, according to the Chinese zodiac calendar.

Ironically, the tattoo was not the only mark on Tsarevich’s body when he left Japan for Russia. On May 11, 1891, one of the escorting Japanese policemen, Tsuda Sanzō, attempted to kill the Russian heir. Although the attack was unsuccessful, Sanzō’s sword left Nicholas II with a nine-centimeter-long scar on the right side of his forehead.

Click here to read more about how Nicholas II almost got killed in Japan.