7 CRUEL & VIOLENT murders of Russian rulers & pretenders to the throne 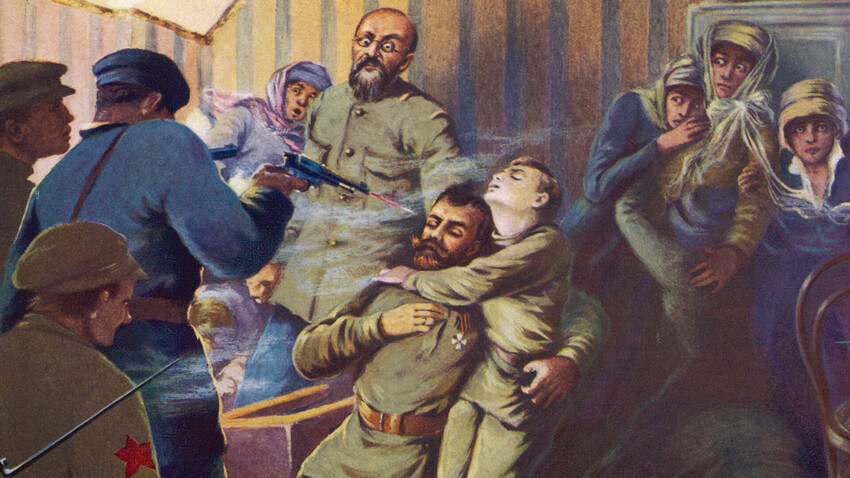 Mary Evans Picture Library/Global Look Press
The way to the Russian throne was a cutthroat struggle. Not everyone survived it. 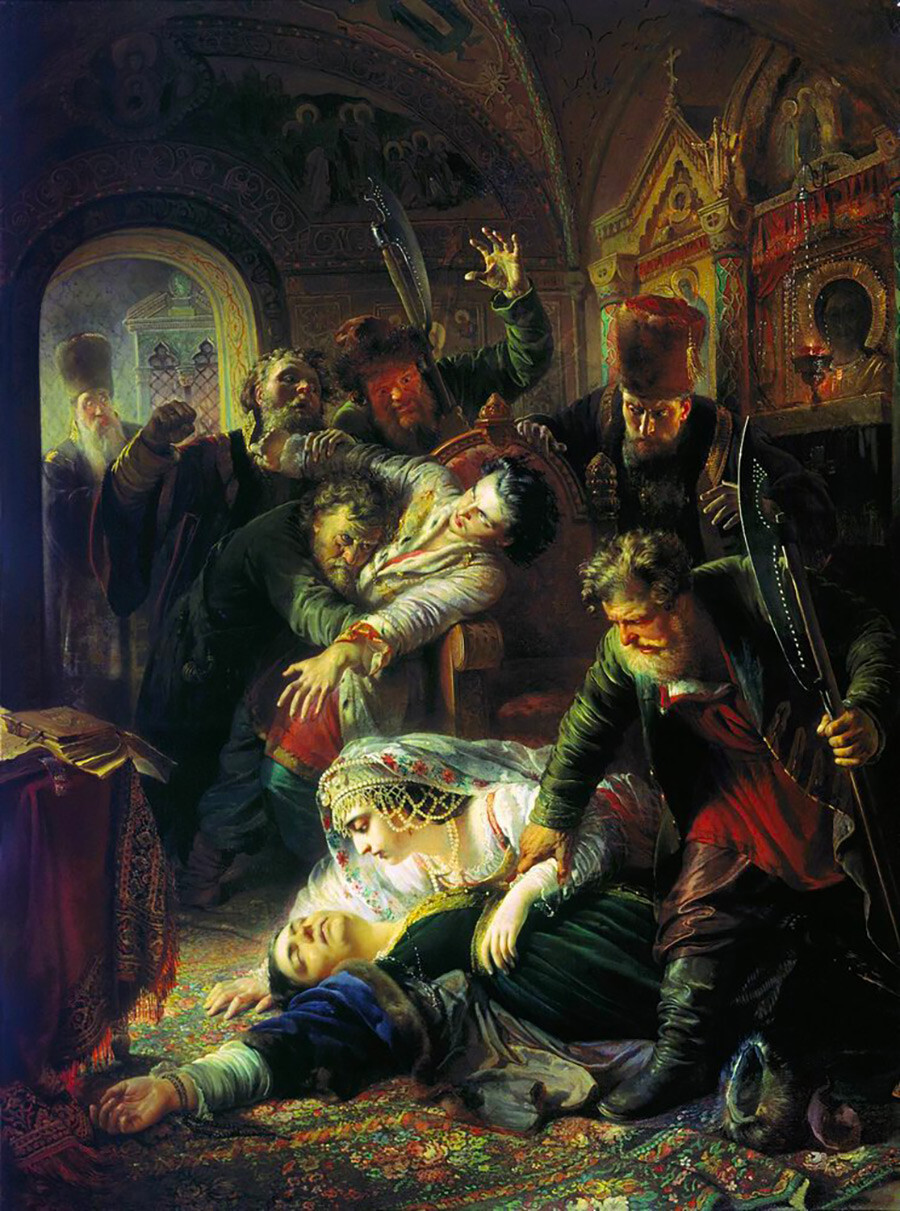 When Tsar Ivan the Terrible died in 1584, he only left an heir who either had a certain degree of intellectual disability or was simply incapable of ruling the country, due to his pious character.

The Russian throne was effectively seized by Boris Godunov, the heir’s regent, who became the de facto tsar. Being taught a good lesson by the deceased tsar who left no capable heirs, Godunov invested in his own son’s education and experience in statecraft.

When Boris Godunov died in 1605, his 16-year-old son Fyodor succeeded him as the ruler of Russia. Despite his father’s best efforts, Fyodor II of Russia ruled in an atmosphere of treachery, holding the throne for a little over a month. Soon, Russia descended into a period of political instability known as the ‘Times of Troubles’. A tsar impostor known as False Dmitry I appeared in Moscow and overthrew Fyodor II on the false pretext of being a surviving son of Ivan the Terrible.

The 16-year-old ruler was strangled along with his mother. His body that was left on display for the crowd had traces of a violent struggle.

2. False Dmitry I – hacked down at his wedding 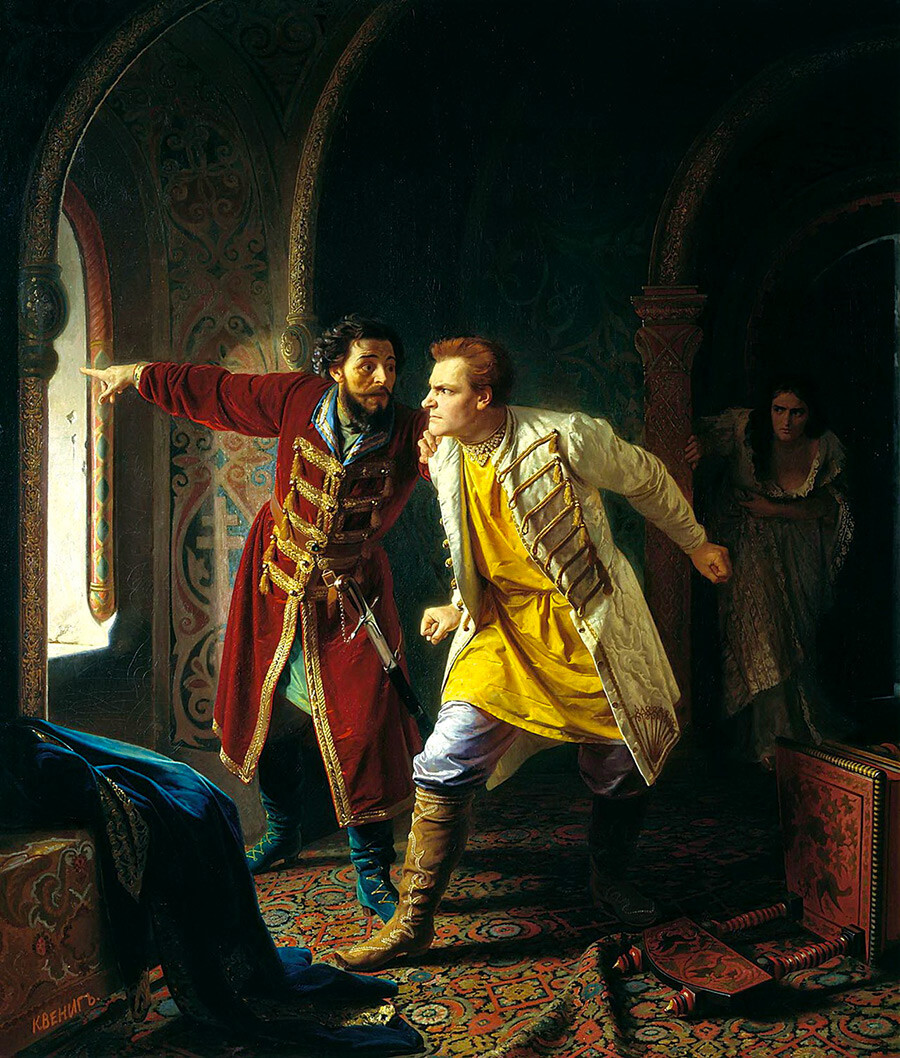 Naturally, the usurper of the Russian throne had a lot of enemies among powerful people. Chaos on the streets of Moscow caused by excessive festivities spiraling out of control during his wedding ceremony with a Polish noblewoman proved a great moment for conspirators dissatisfied with the state of things to stage a coup against the new tsar they believed to be illegitimate.

On May 17, 1606, a huge number of boyars and armed commoners stormed the Red Square and the chambers of the illegitimate tsar. The scared ruler tried to flee and jumped out of the window of the chambers directly onto the sidewalk, which resulted in severe injuries. The mob caught the injured ruler anyway and hacked him to death. They dragged his body to the Red Square, stripped him of his clothes, stuck a pipe in his mouth and placed a mask on his chest. Muscovites mocked the body for two days and then buried him behind the gates of Serpukhov in the old cemetery. When rumors of miracles over his graves began to spread, his body was exhumed and burned to ash, which was then mixed with gunpowder and shot out of a cannon.

3. Ivan Dmitriyevich – hanged at the age of three 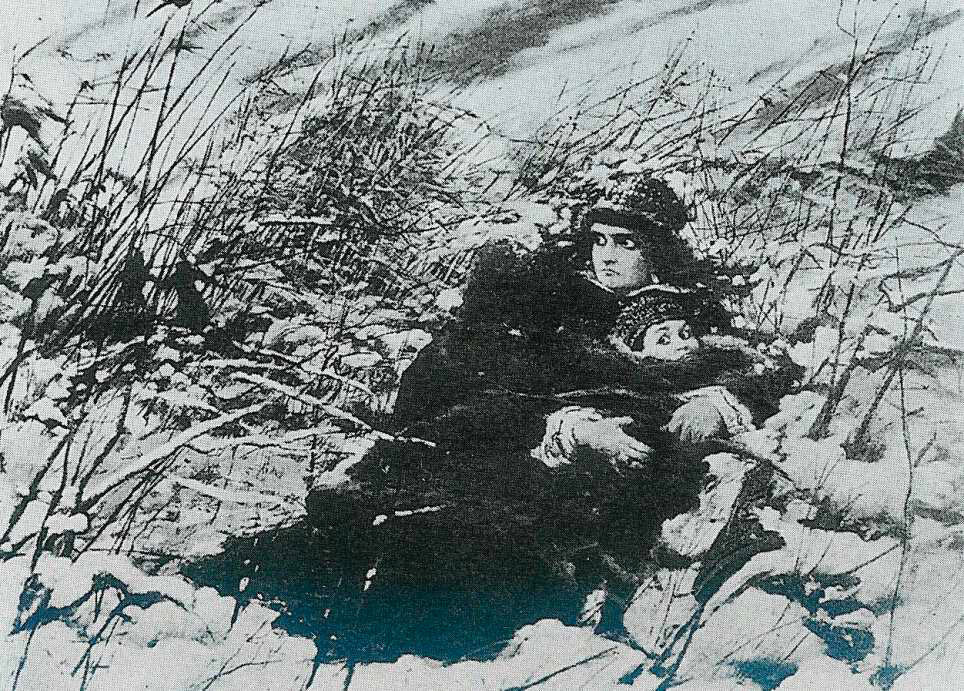 "The Flight of Marina Mniszek," a painting by Leon Jan Wyczółkowski.

On December 16, 1614, an executioner put a rope around the neck of a three-year-old boy. A moment later, the child hung in the air. Contemporaries claimed that the rope did not tighten around the boy’s neck since he was not heavy enough. Therefore, the child is believed to have died of hypothermia hours later.

This tragic fate was a result of an attempt by his mother, a spouse of two illegitimate throne pretenders and an active partaker in multiple political crises during the Times of Troubles, to establish Ivan as a legitimate heir, despite the recent election of Michael I to the Russian throne and the establishment of the House of Romanov.

4. Ivan VI of Russia – imprisoned for life at the age of one, then killed in captivity 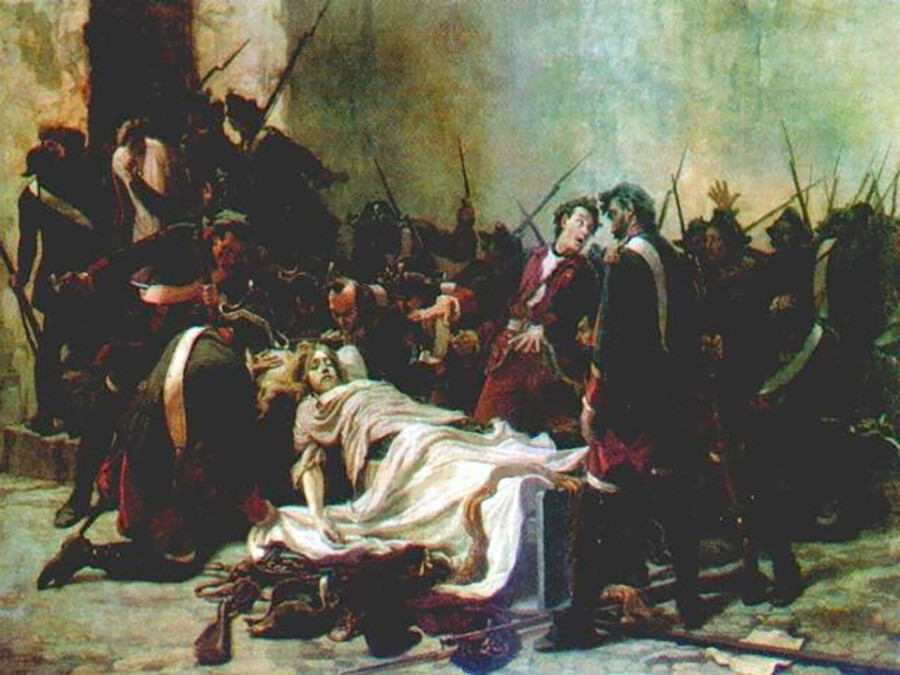 Mirovich in front of the body of Ivan VI. Painting by Ivan Tvorozhnikov.

When Elizabeth, the second-eldest daughter of Tsar Peter the Great, seized the Russian throne in a coup, she dismissed the youngest Russian monarch from power. Ivan VI lost the throne at the age of one.

The child was sent away from the capital and spent the rest of his life in captivity under a constant threat of death as the guards were instructed to kill the boy on the spot should any attempt to free him or even a call for it would have been voiced.

The child was stripped of his identity, the ability to socialize and even name: even the guards were banned from talking to “the nameless one”, as the child was referred to.

Ivan’s sufferings and his life ended abruptly on July 5, 1764, when an officer in the Imperial Russian Army had learned of the captive’s identity and attempted to free the ousted emperor and restore him in power. The guards of the Shlisselburg fortress acted according to their sinister instructions and put the young royal to death as soon as they learned about the conspiracy.

5. Pavel I – beat and strangled in his bedroom 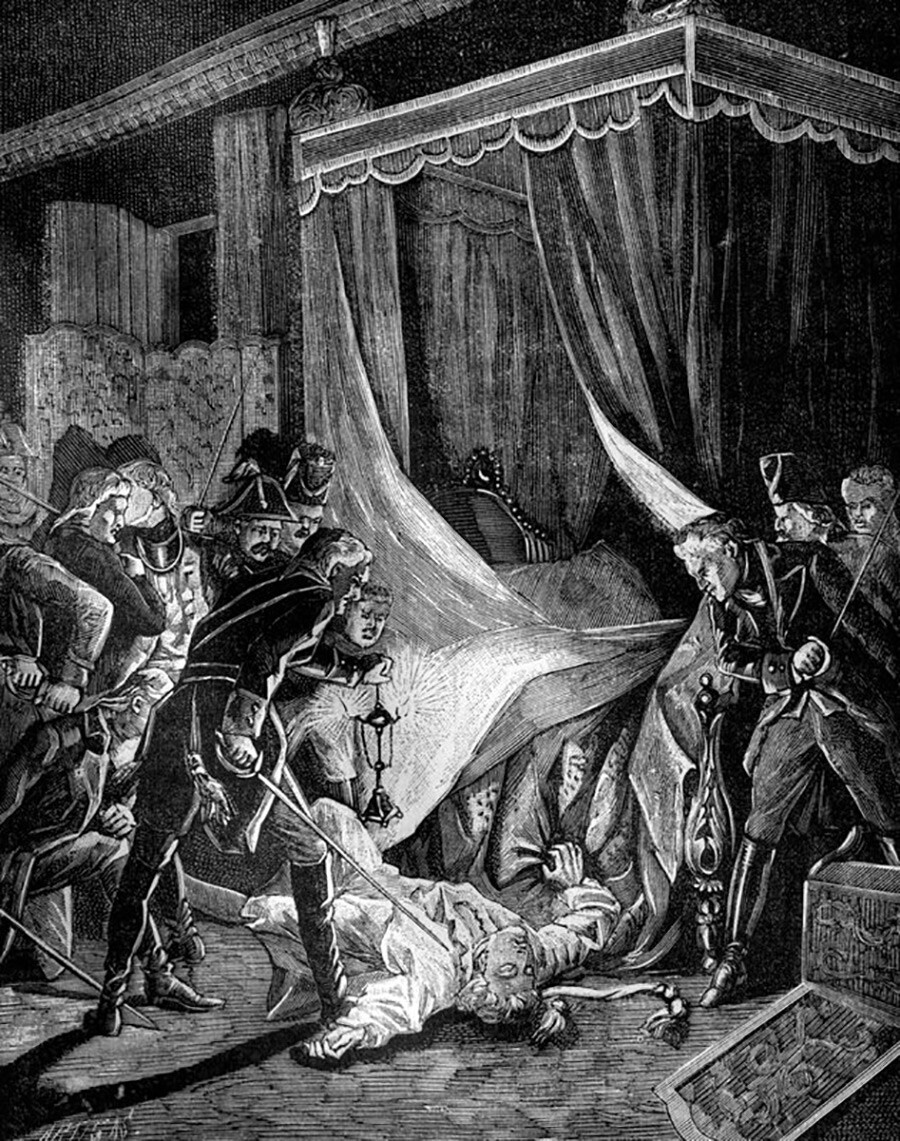 On the night of March 11-12, 1801, the doors leading into the tsar’s bedroom in Mikhailovsky Castle in St. Petersburg burst open and 12 conspirators broke in. Infuriated at the tsar’s refusal to abdicate, they attacked him, beating and strangling the ruler of the country to death. 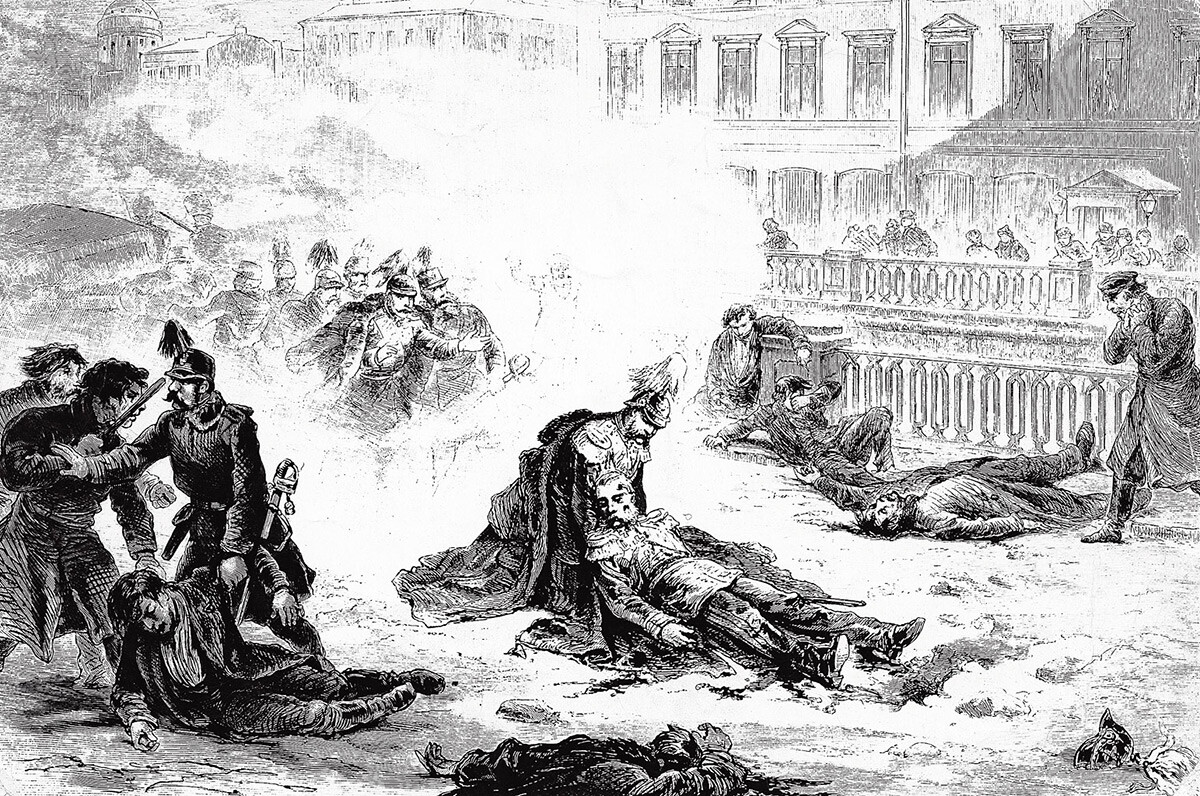 The assassination of Alexander II, drawing by G. Broling, 1881.

Terrorists and revolutionaries tried to kill Russian Emperor Alexander II 11 times during his reign. They used pistols, revolvers, stocks of dynamite and hand bombs. The emperor was lucky enough to dodge all the bullets and narrowly escape all the explosions, but one.

After ten failed assassination attempts using various weapons, terrorists opted for bombs that were to be hurled at the emperor’s passing carriage. On March 1, 1881, a member of Narodnaya Volya clandestine organization threw a bomb at the tsar’s carriage. Incredibly, Alexander II survived this time, too. Wishing to speak to the detained terrorist, he did not leave immediately and exposed himself to another attack by a co-conspirator.

The second terrorist threw a bomb at the feet of the tsar and the explosion fatally wounded both of them. Alexander II’s legs were torn off. He was taken to the Winter Palace in a hopeless condition and died a few minutes later. 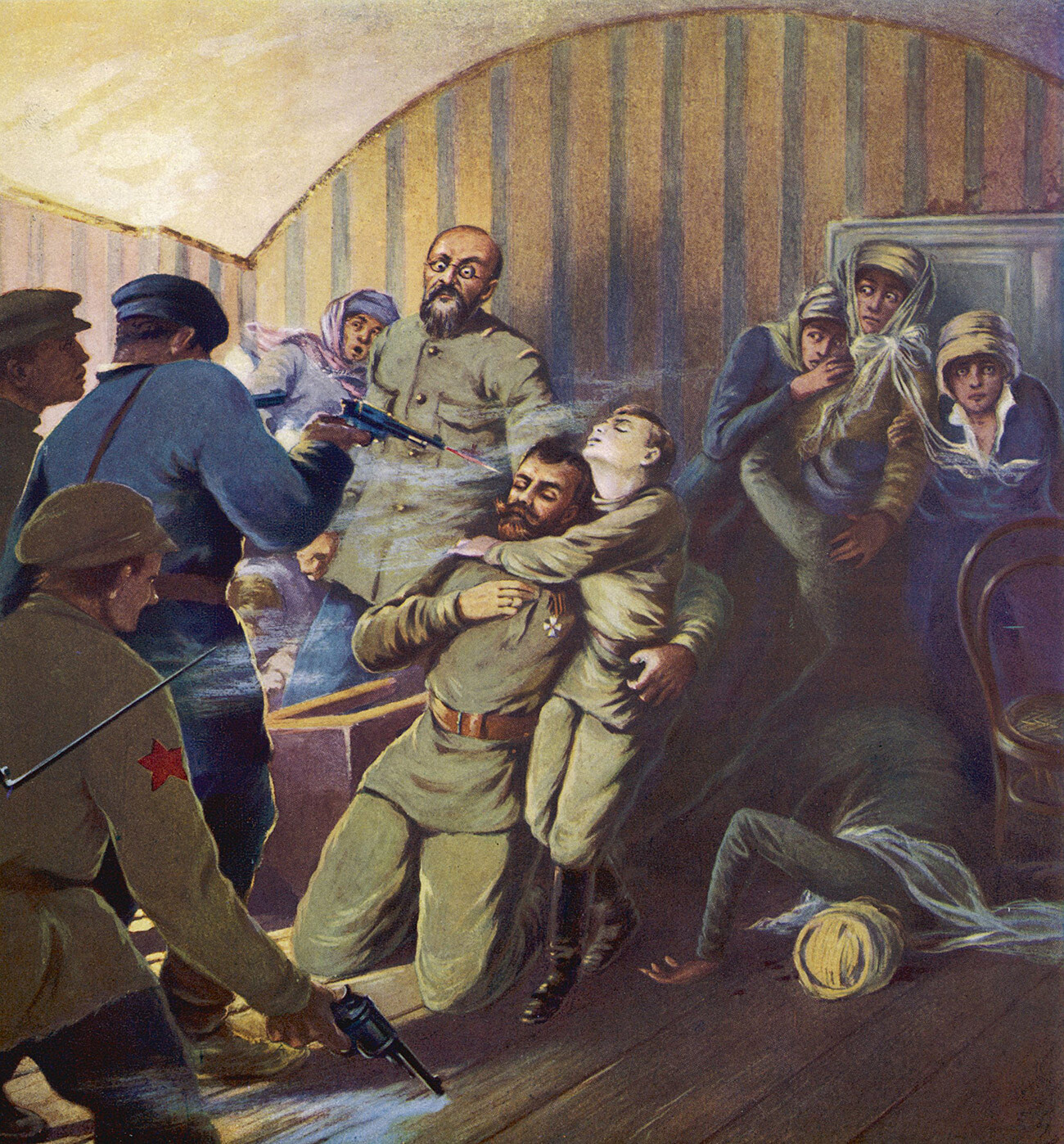 The execution of Tsar Nicholas II and his family in Yekaterinburg.

The last Russian Emperor was executed by a firing squad on the night of July 16 to 17, 1918, in the basement of Ipatiev House in Yekaterinburg. His immediate family – wife Alexandra and their five children – were also executed.

Although some of the Bolsheviks planned to hold an open trial of the ex-emperor, the risk of an anti-revolutionary conspiracy to free the abdicated monarch and perhaps restore his power must have decided the fate of the last members of the royal family.

Click here to find out why so many attempts on Alexander II’s life failed.