Why were Russia and Denmark loyal allies for centuries? (PICS) 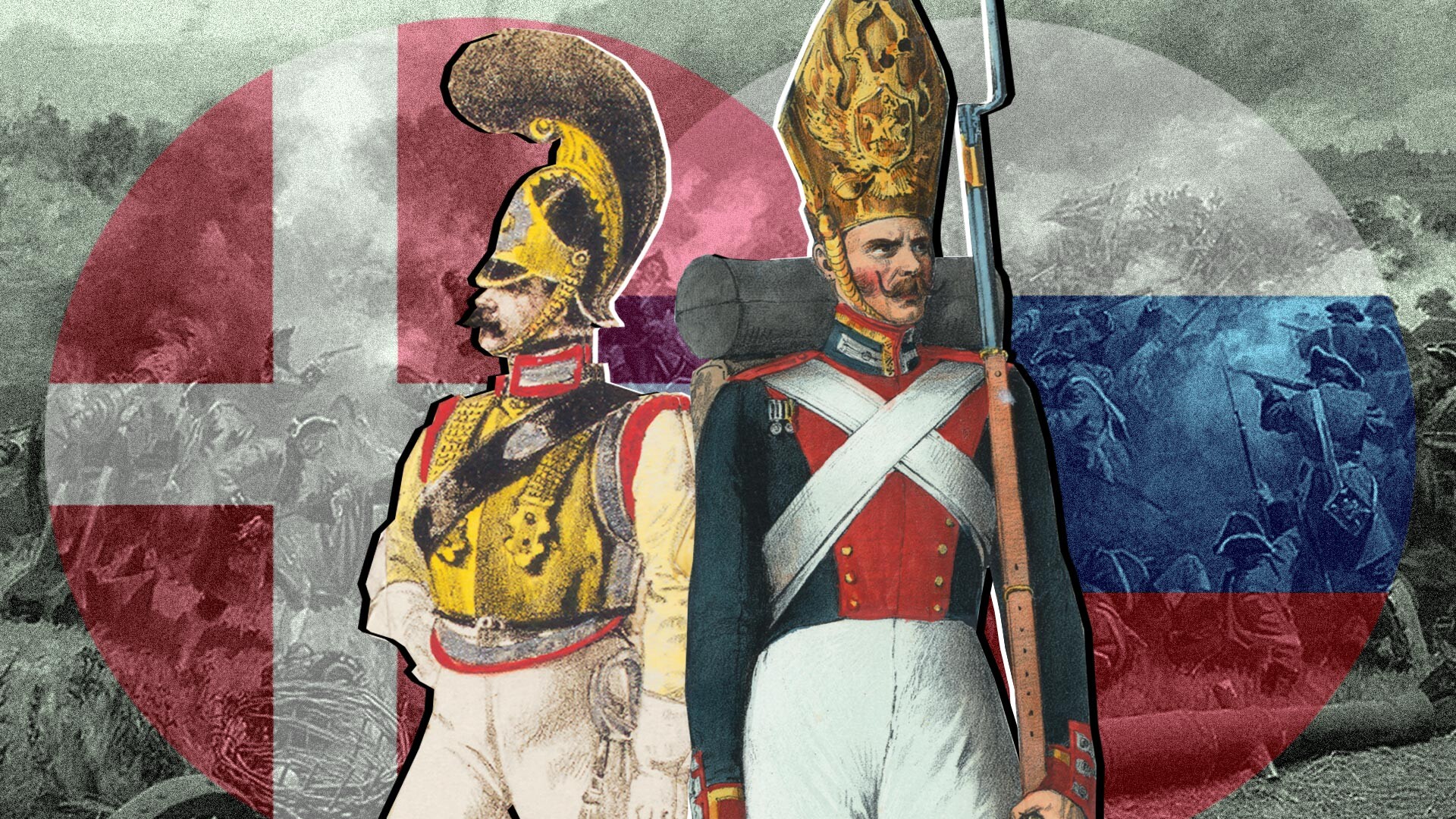 Kira Lisitskaya (Photo: Public Domain)
Sweden was once considered a European superpower. The Russians and Danes did everything they could to bring that glorious period for Sweden to a swift end.

For almost five centuries, the Danes were one of the most friendly European nations to the Russians. The reason for the union of the two countries so culturally and religiously distant from each other was the existence of a common enemy - the Swedes. 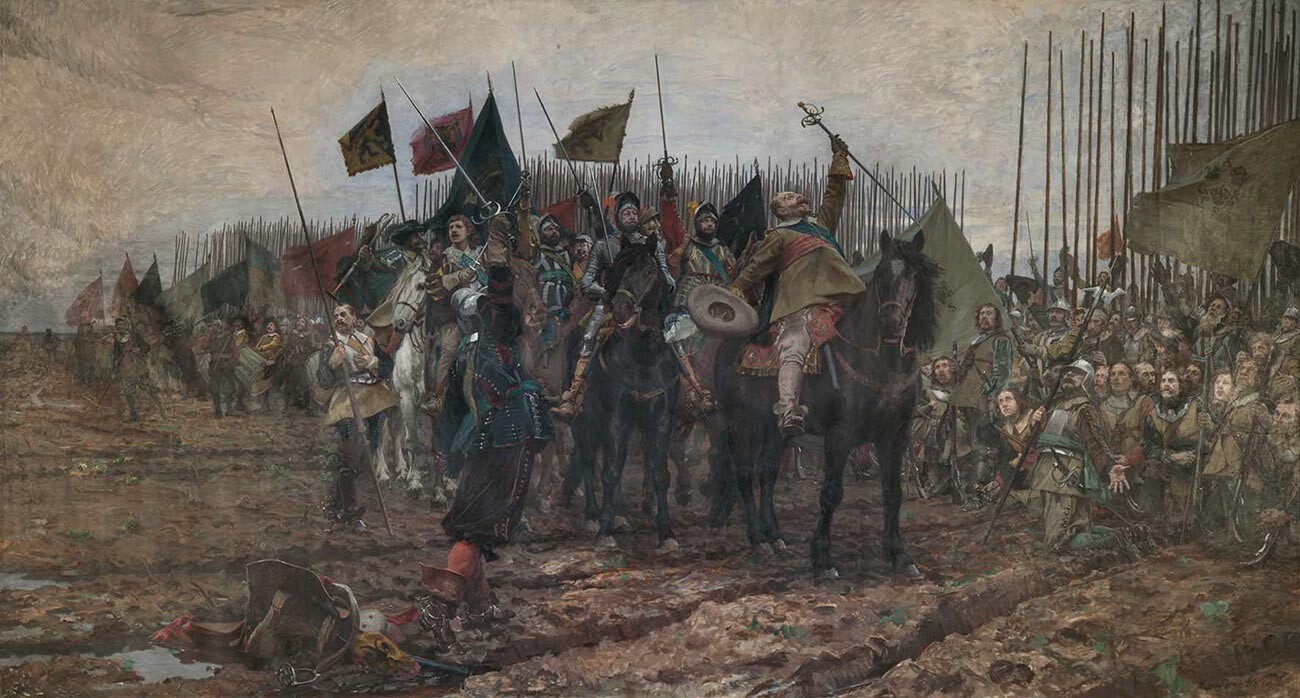 In 1493 the first treaty of a “friendly and everlasting alliance” was signed between Russia and Denmark. The parties agreed to act together against the Grand Duchy of Lithuania and Sweden. The Swedes had already been a part of the so-called Kalmar Union together with the Danes and the Norwegians for a century, but they were extremely dissatisfied with the constantly increasing political and economic domination of Copenhagen. King Johannes counted on the support of Russia’s Tsar Ivan III in this long-term confrontation. 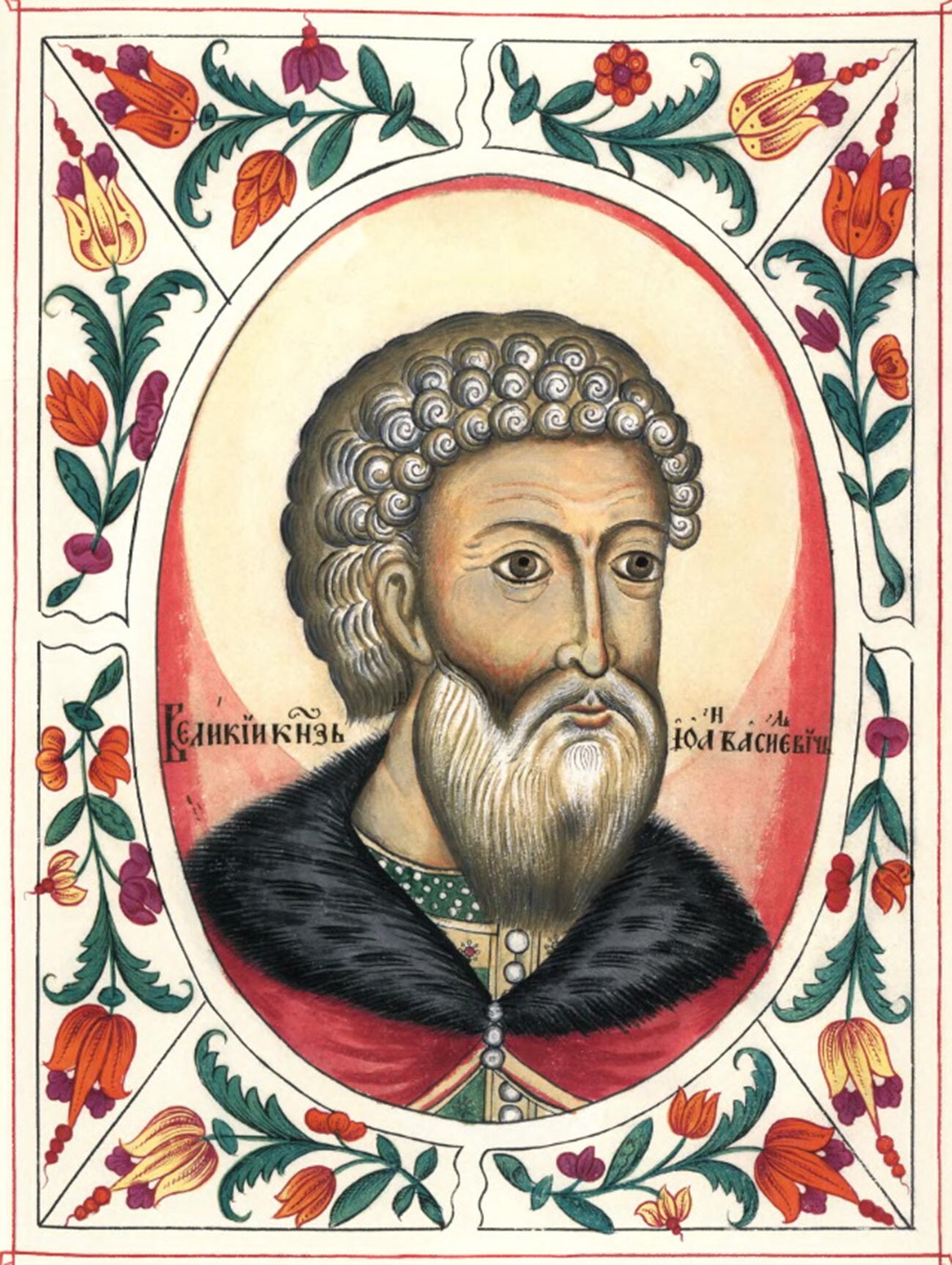 However, the military-political alliance, which was extended in 1516, never fully took effect. The Danes did not support the Russians in several wars against the Lithuanians, and the latter, in turn, took no part in the Swedish war of liberation, which ended in 1523 with the proclamation of Gustav Vasa as king of Sweden, and the collapse of the union and the Danish dominion over Sweden. 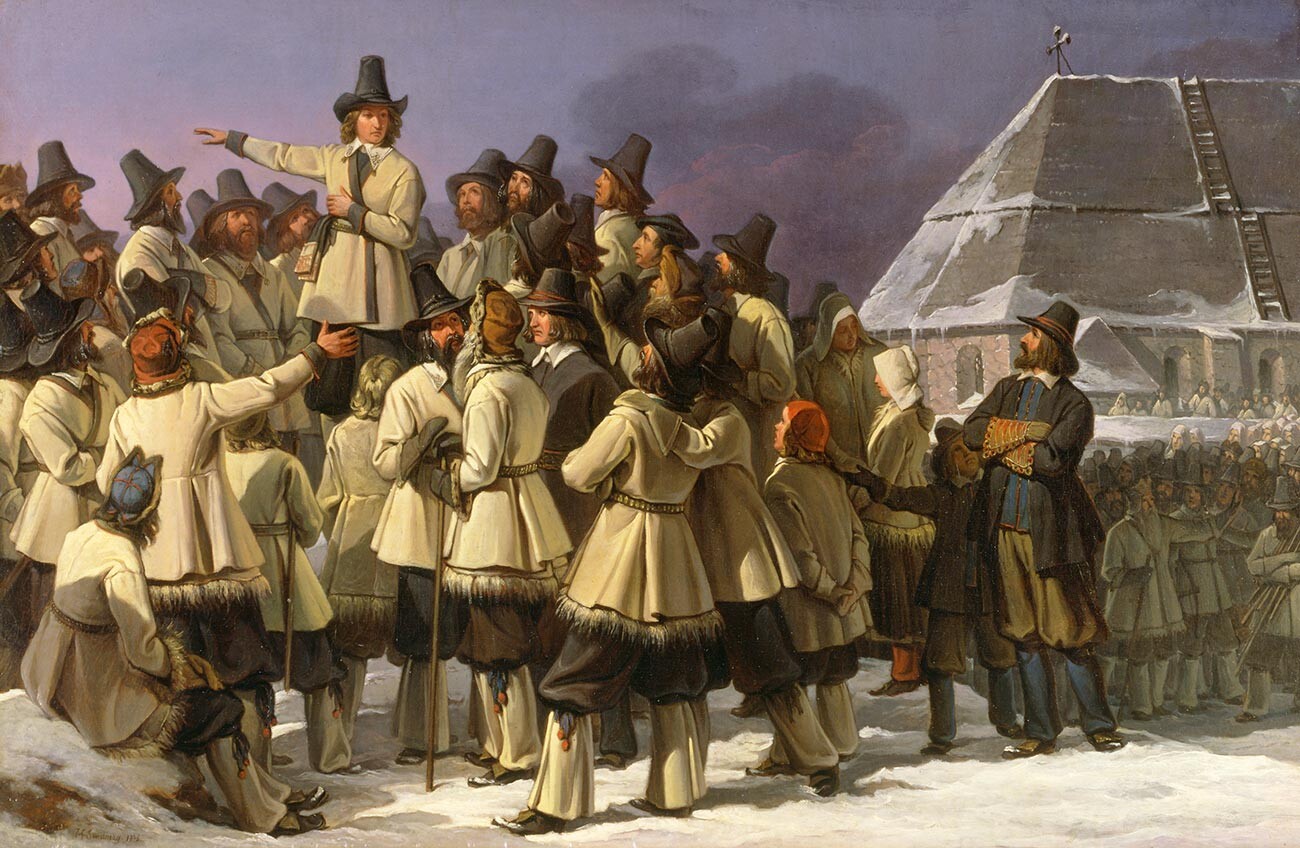 In 1558, Ivan IV the Terrible started a war in the Baltics against the weak Livonian confederation, intending to annex its vast territories to Russia. Such an expansion provoked a harsh reaction from the neighboring Swedes, Poles, and Lithuanians, who soon became fully involved in the conflict. The Danes also took part in the conflict, even though, in 1562, they signed a treaty with the Russians in Mozhaisk, where both countries pledged not to support third parties in the war, and to respect each other’s territorial claims in Livonia. This avoided a full-scale armed conflict between the states, although local armed clashes did occur. 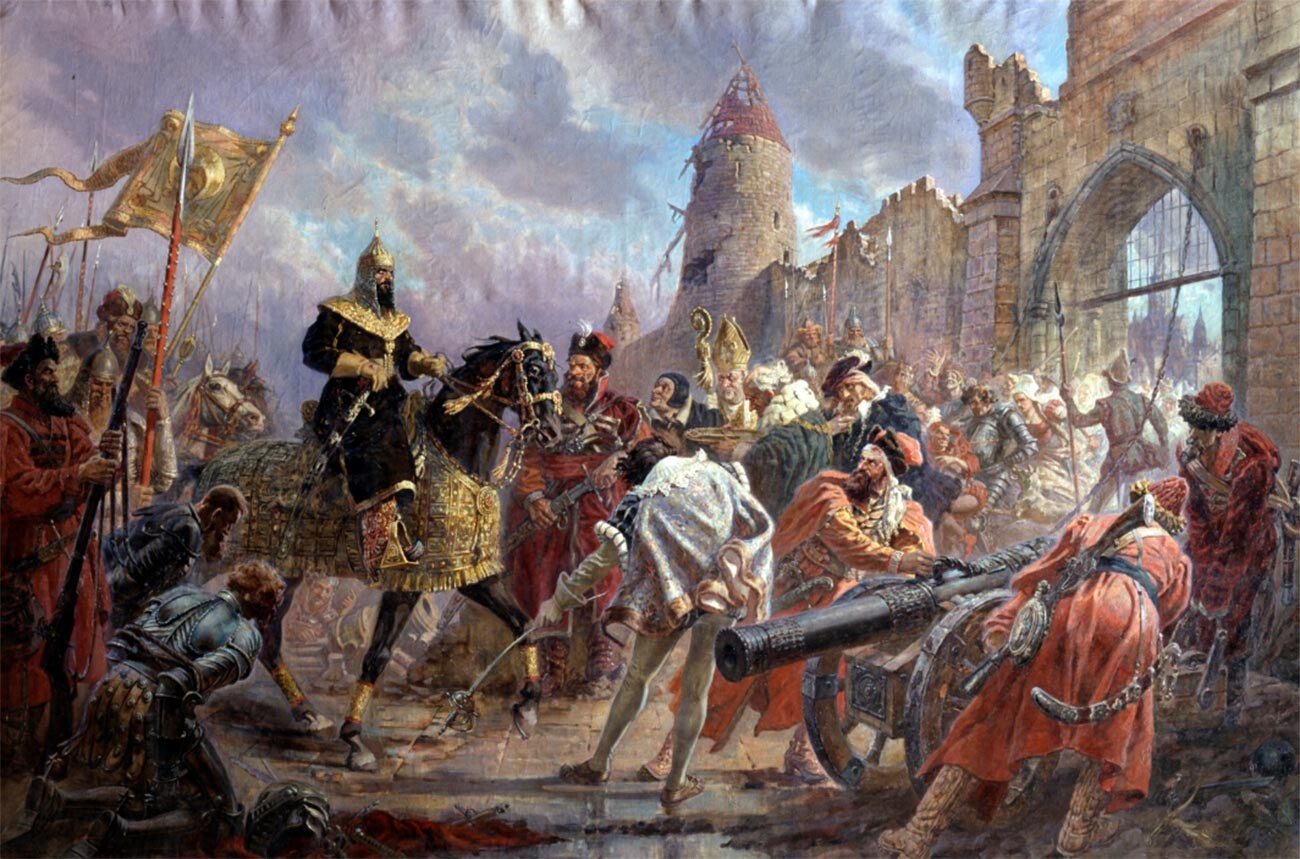 Ivan the Terrible's seizure of the Livonian fortress of Kokenhausen.

Sweden’s strong opposition during the Livonian War prevented Ivan the Terrible from directly annexing territories and forced him to act more cautiously. In 1570, the tsar proclaimed the creation of the vassal kingdom of Livonia on conquered lands,  inviting Duke Magnus, the brother of Frederick II of Denmark, to sit on the throne. However, the Russians could not hold their grasp of the Baltics. Eight years later, their puppet state ceased to exist, and after a couple of years they were finally forced out of the region. Denmark, on the other hand, emerged from the conflict with a small territorial gain in the form of the Ösel Island. 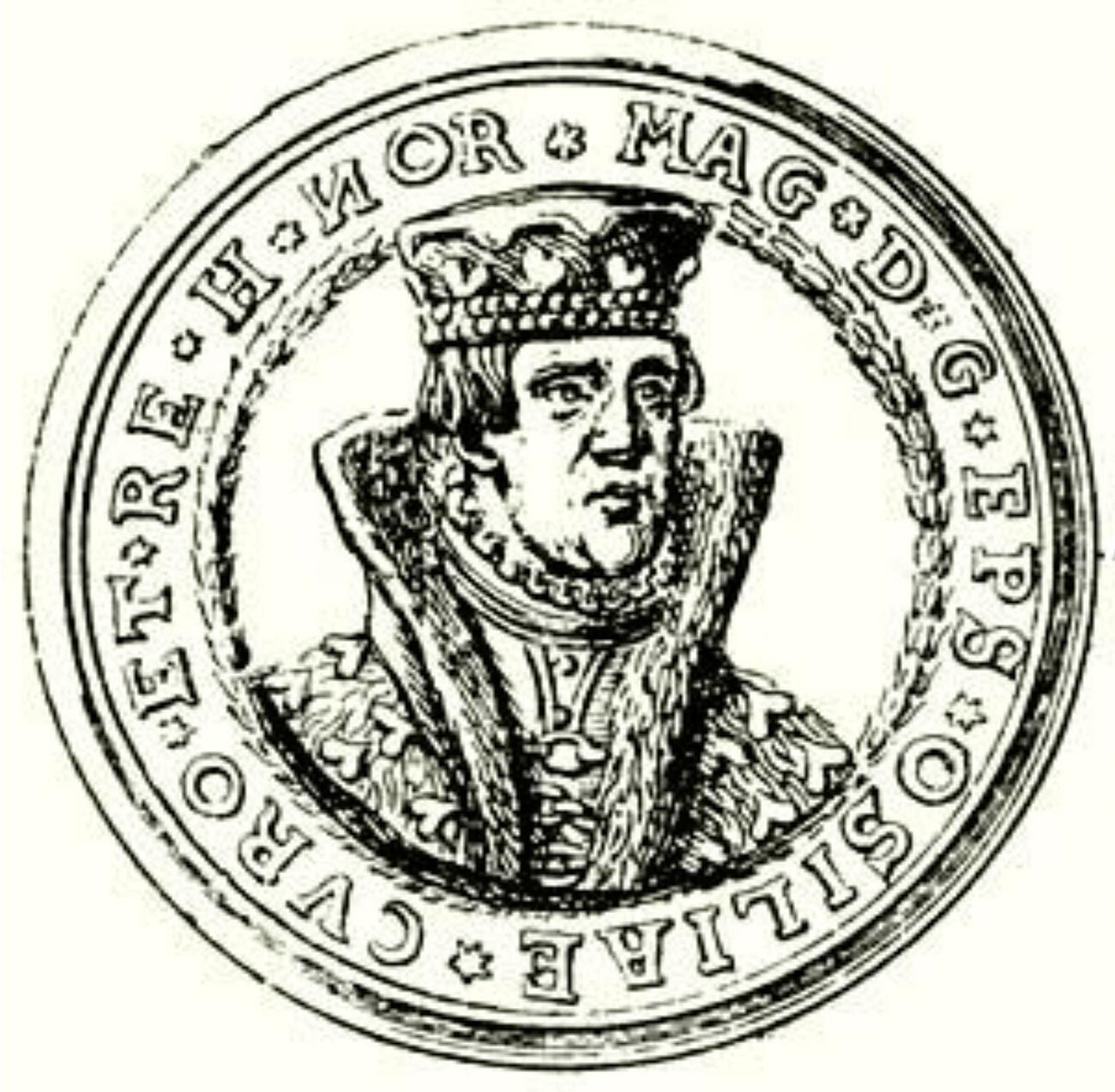 Relations between Denmark and Russia weren’t always smooth. The question of the borders of the Russian state and Norway, which was part of the Danish kingdom since 1536, remained unsolved for a long time. For many decades the sides unsuccessfully tried to reach an agreement to prove their right to the northern lands. They even tried to bribe and frighten one another. It came to the point that, in 1599, the King Christian IV personally arrived at the Kola peninsula with a squadron of ships, and started to persuade its inhabitants to accept Danish citizenship, though without success. The so-called “Lapland dispute” ended only in 1826 after the demarcation of the Russian-Norwegian border. 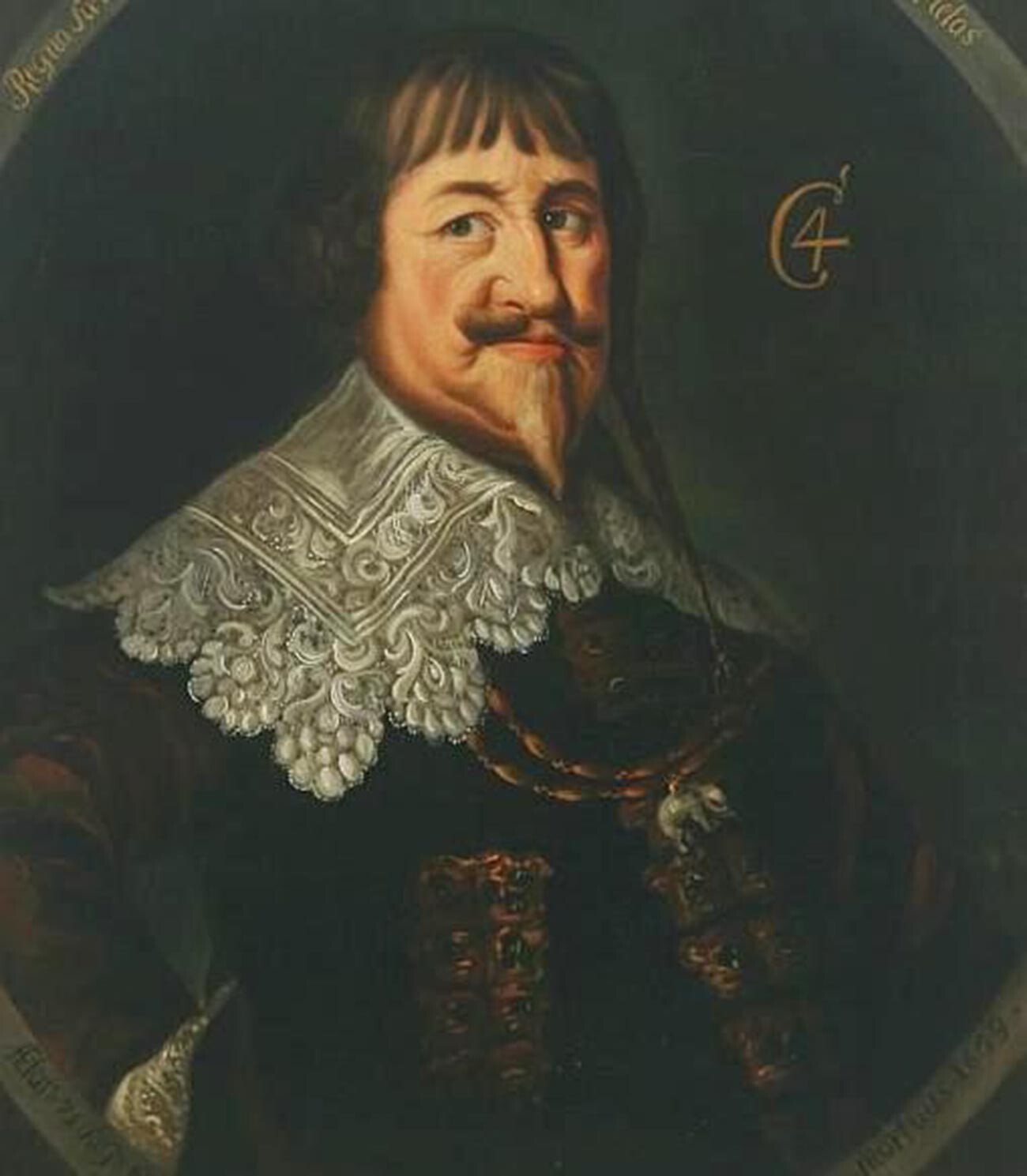 Crushing all-powerful Sweden, depriving it of its vast territories, and preventing it from turning the Baltic Sea into its own “lake” were among the most important foreign policy tasks for Russia and Denmark in the 17th century. More than once, in diplomatic and military conflicts of that era, the powers were on the same side, as happened during the Great Northern War of 1655-1660. However, they could not achieve their goals until the beginning of the 18th century. 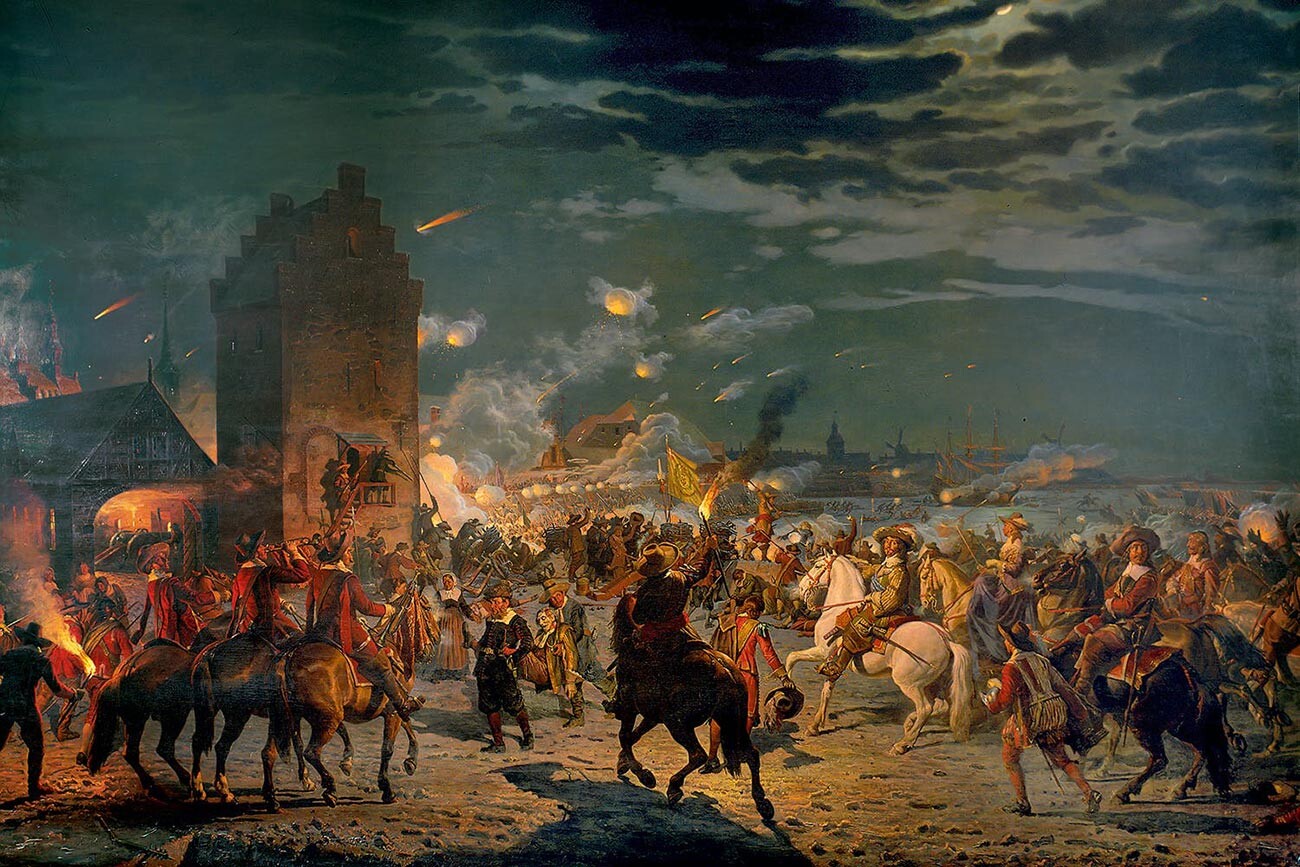 The Northern War of 1700-1721, which put an end to the Swedish superpower, began for Denmark with a disaster. On August 4, 1700, the Swedish army headed by Charles XII unexpectedly landed near Copenhagen, forcing the Danes to negotiate peace. They did not return to the conflict against their age-old adversaries until 1709. By then, the Russians had already broken the backbone of the Swedish military machine in the Battle of Poltava. As a result of the Northern War, Denmark received a monetary contribution from the Swedes, and was able to gain a foothold in Schleswig. The benefits for Russia were much greater: Ingermanlandia, Livonia (present-day central and northern Latvia), Estlandia (present-day Estonia), as well as the southeastern part of Finland passed into its “perfect perpetual possession.” 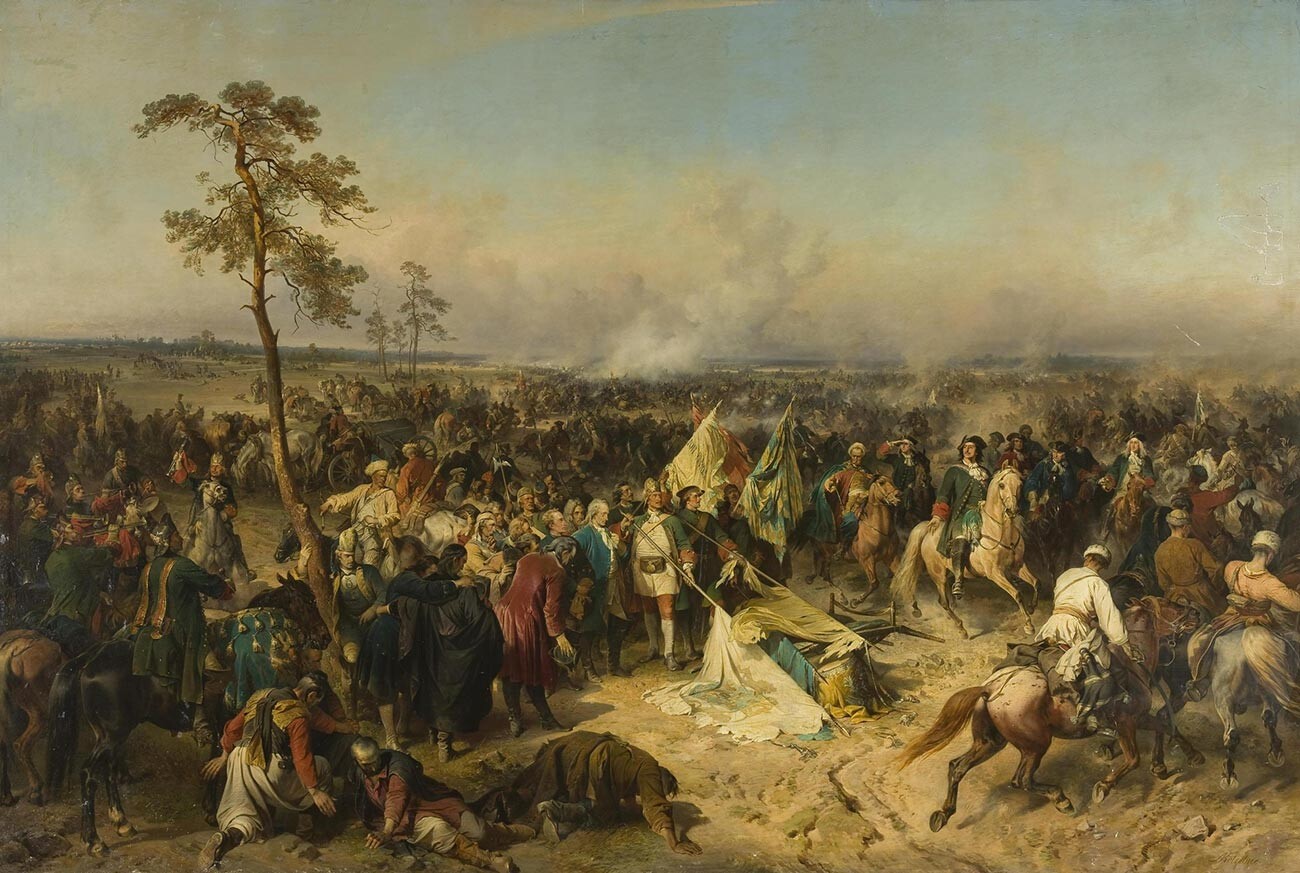 After the beginning of the revenge war of 1788-1790, initiated by Sweden against Russia to regain lost territories, the Danish army, following the terms of the Russian-Danish alliance concluded in 1773, invaded the Swedish territory from Norway and began to move towards Gothenburg. However, the military campaign didn’t last for long. Almost immediately, Britain and Prussia forced the Danes to sit down at the negotiating table and make peace on the terms of the status quo. The short and almost bloodless war was called the Theater War in Sweden - and the Lingonberry War in Norway, because the Danish soldiers had to supplement their diet with berries due to a poor food supply. 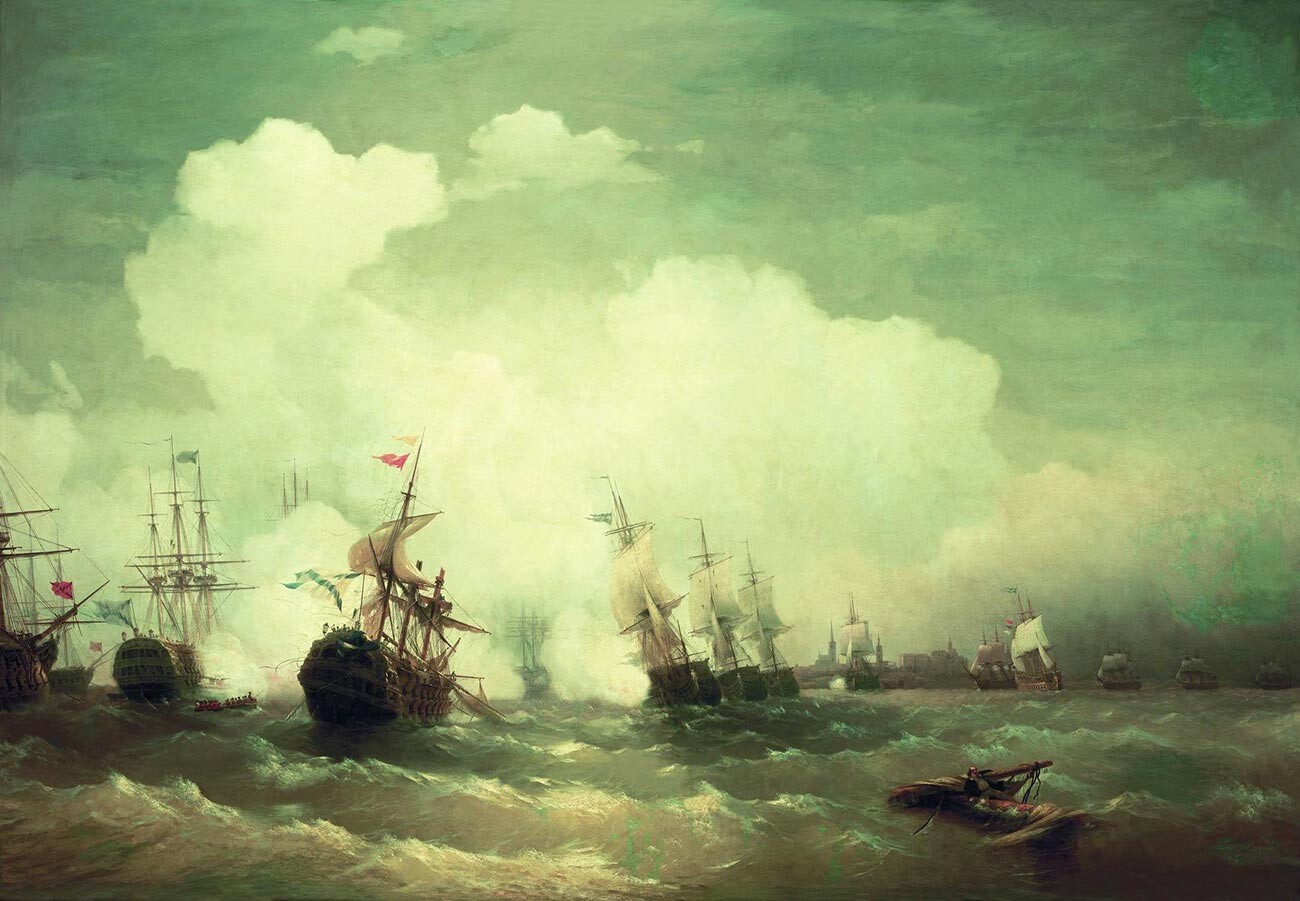 In the 19th century the allied relationship between the two powers continued. In 1807, Russia supported Denmark in the war against the British Empire, and the Danish army, albeit not very actively, participated in the Russian-Swedish war of 1808-1809, which ended in Stockholm’s loss of Finland. During the Napoleonic wars, however, Danes and Russians ended up being on different sides and came out of the pan-European conflict in different ways. Having crushed Napoleon, Russia gained huge influence on the European continent, while Denmark had to pay for its alliance with the French emperor by giving up Norway. 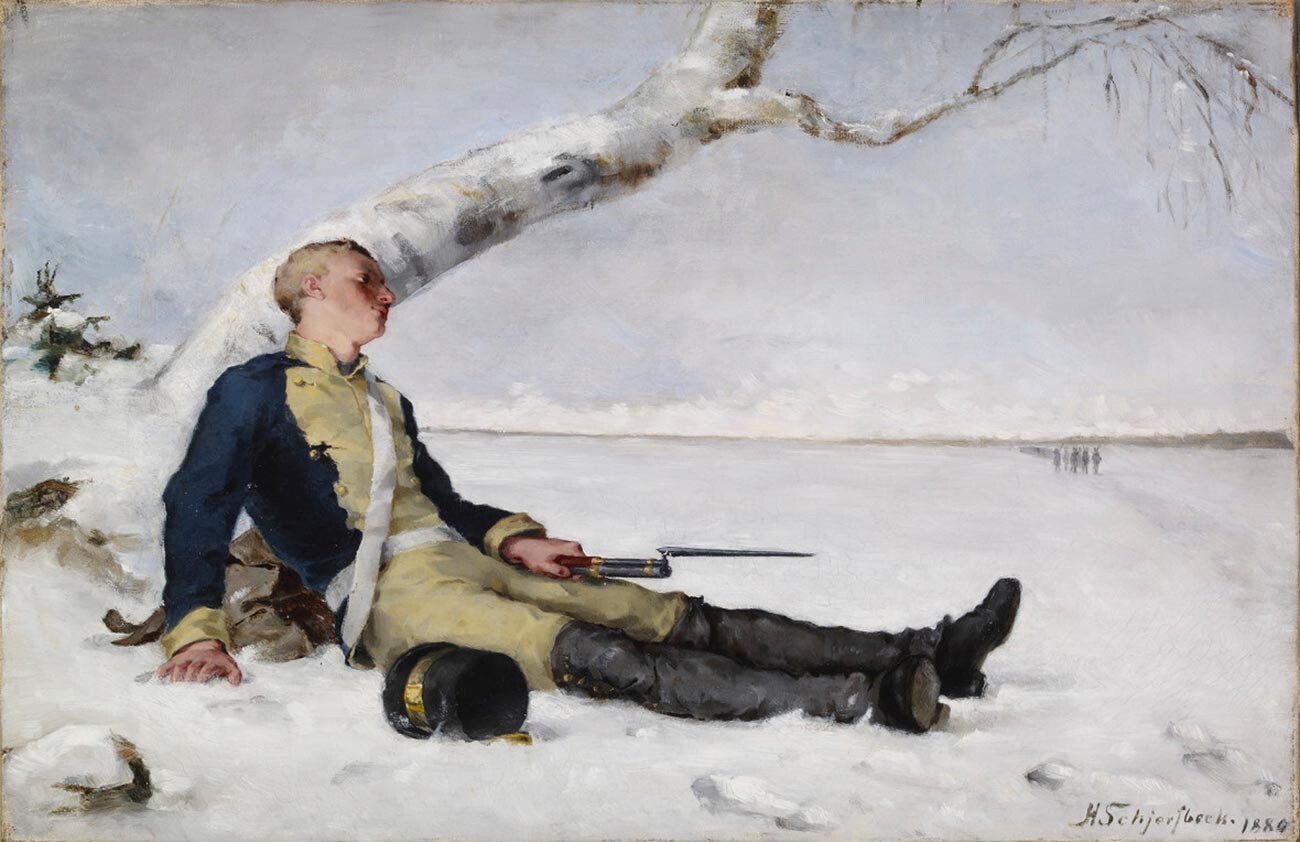 Wounded warrior in the snow.

After Sweden (the main rival of the two states on the Baltic Sea) opted for neutrality in 1814, the traditional allied relationship between Denmark and Russia began to fade away. Nevertheless, Russia gave the Danes tremendous diplomatic support during the two wars for Schleswig-Holstein in 1848-1850 and 1864 against the rapidly rising Germans. At particularly critical moments for Copenhagen, Russia even threatened to get involved in hostilities on the side of its long-time ally. 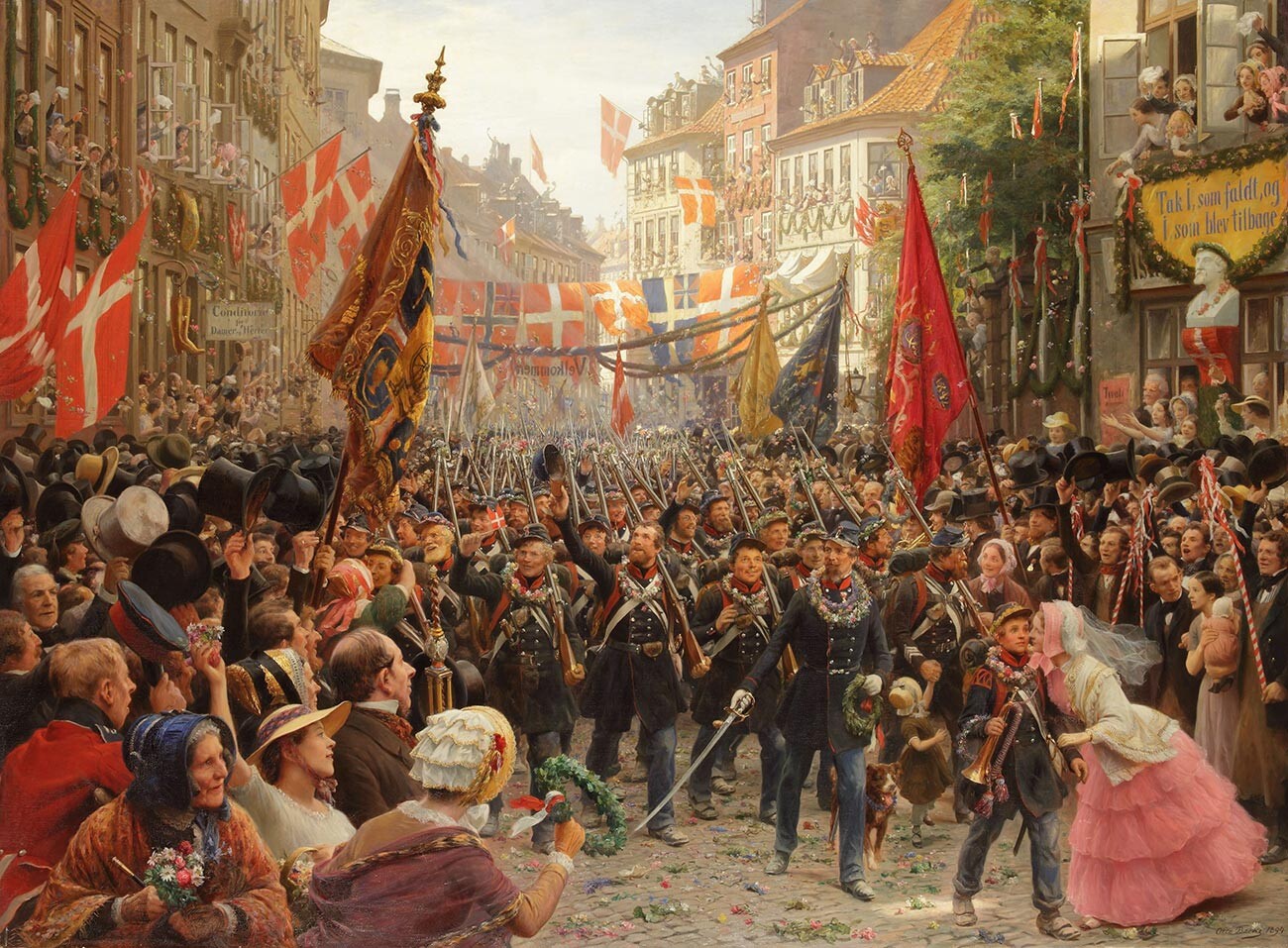 Danish Soldiers Return to Copenhagen in 1848.