What was life in Russia like before people LOST the right to BEAR ARMS? (PHOTOS) 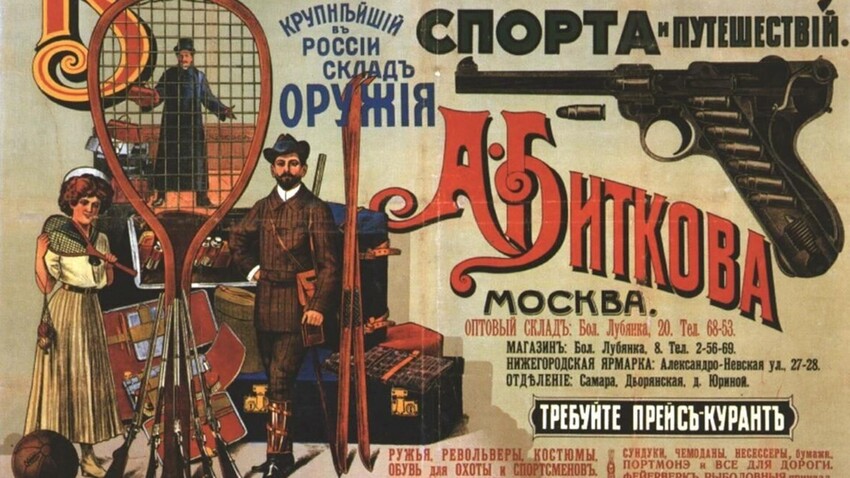 Public domain
Before the Russian Revolution stripped Russians of their ‘second amendment’, guns, pistols, and revolvers were so widespread the authorities had to ban shooting indoors and on the streets.

Throughout the centuries, Russia had a love-hate relationship with gun owners. 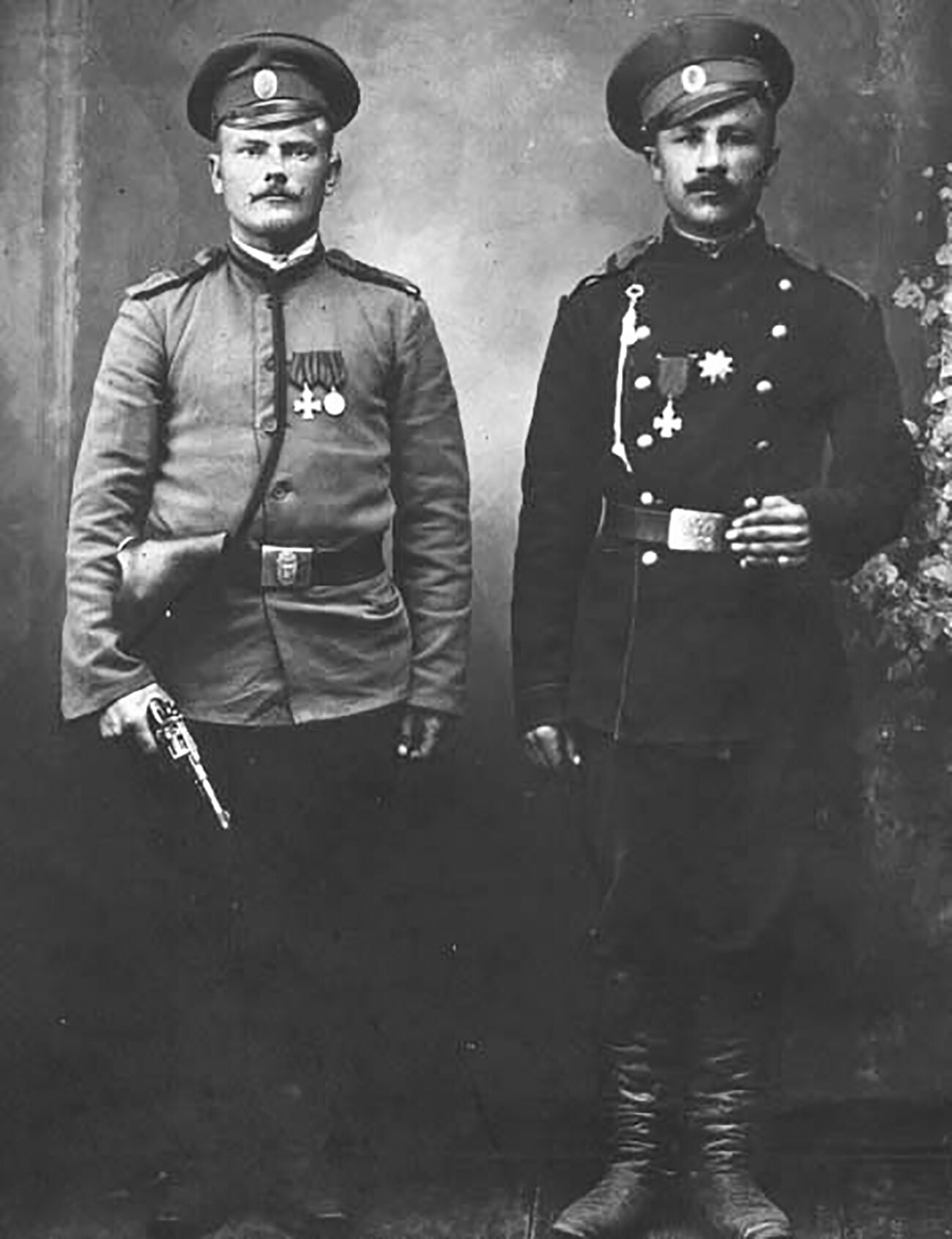 In the 17th century, the Russian state encouraged people to bear arms. “And they and their peasant men should keep all kinds of rifles, so that no one would be unarmed when Tatars come,” said a decree issued in 1652. 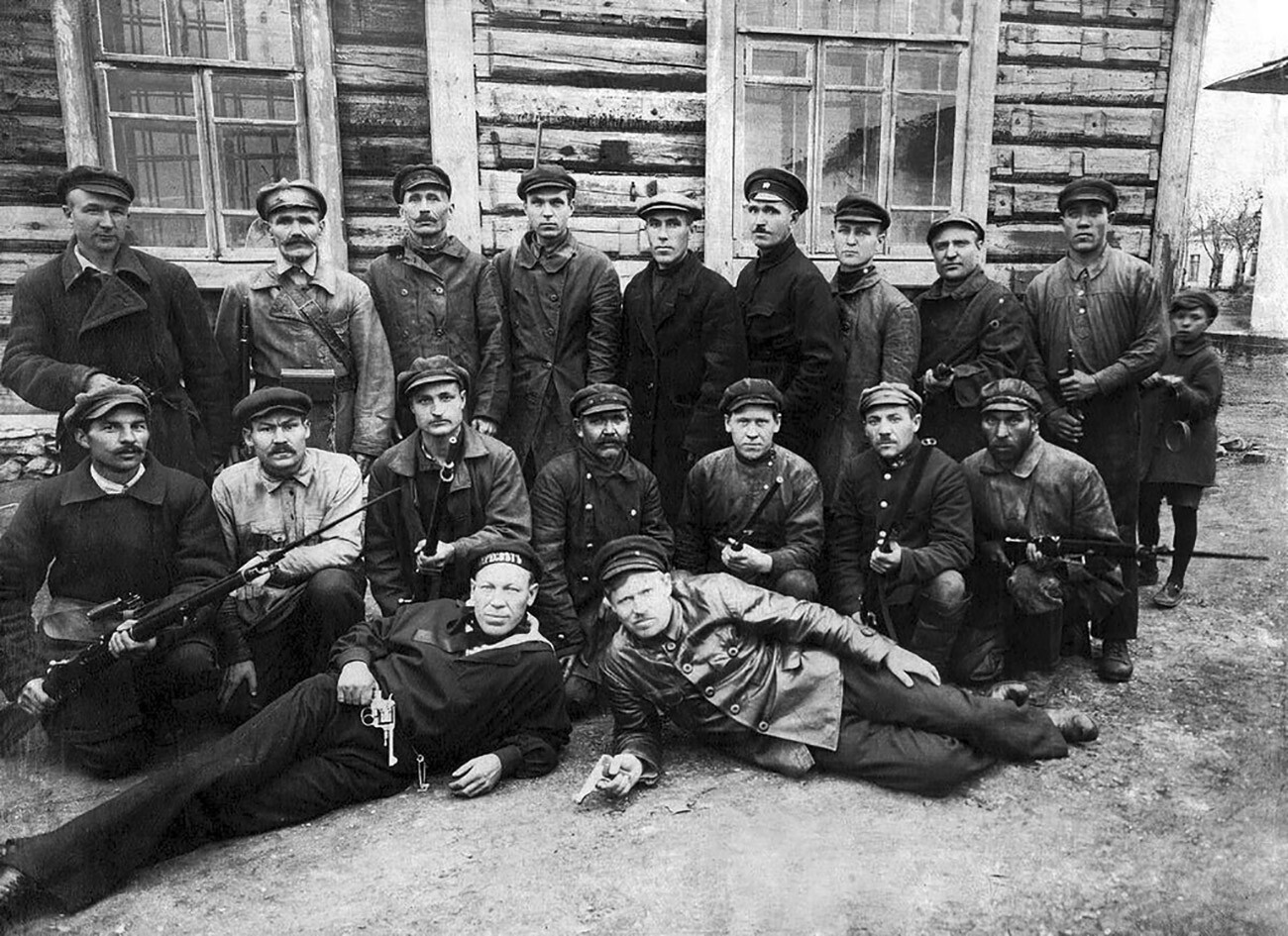 Although there were certain restrictions, those mainly regulated some exceptional cases when people were prohibited from bearing arms in certain places; mostly, in the vicinity of the Tsar. 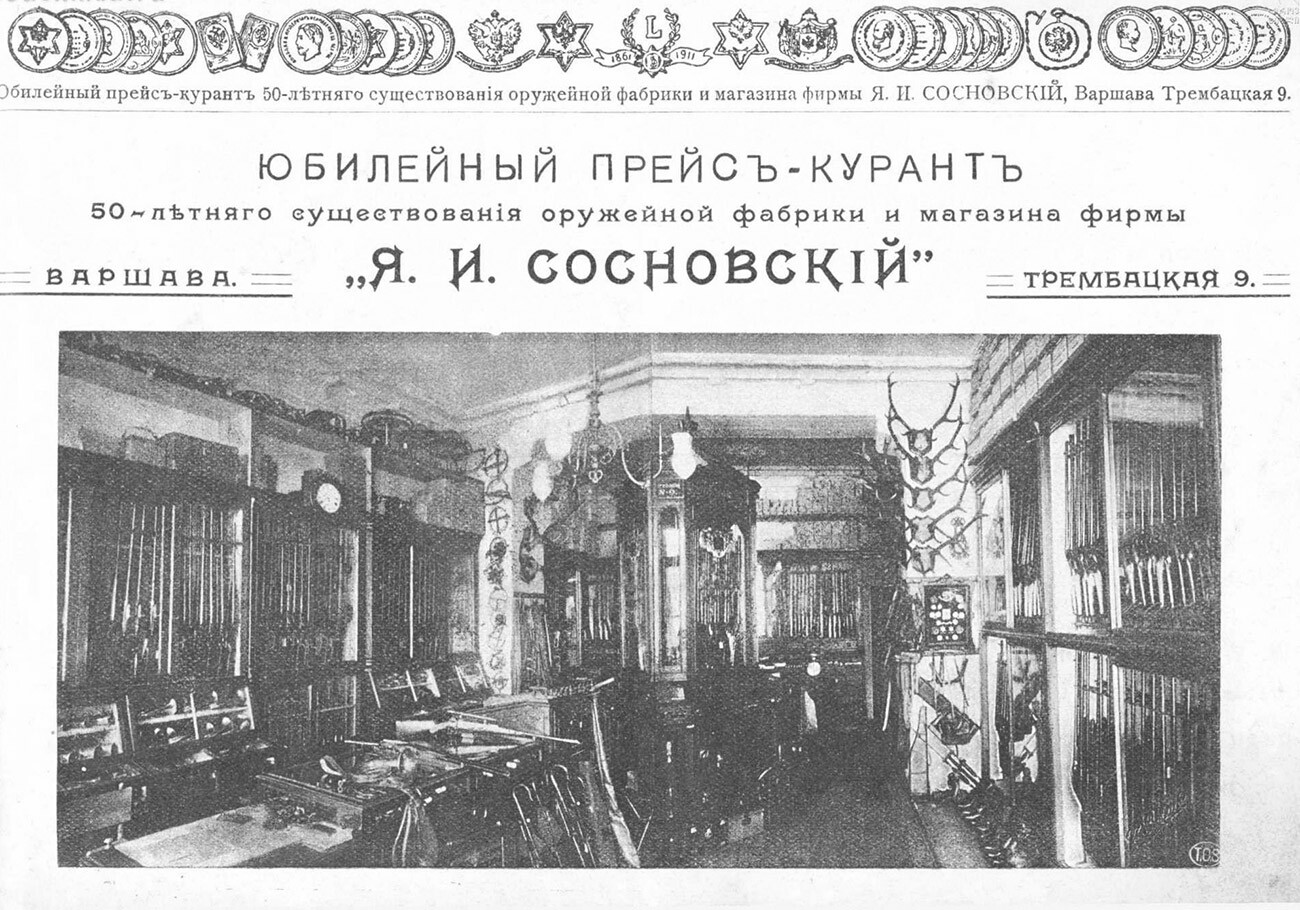 Years later, in 1684, a new restriction came into force: gun owners were prohibited from firing their guns inside their houses. Frequent fires in Moscow, the city where virtually everything was built of wood, is the most probable reason for this restriction. 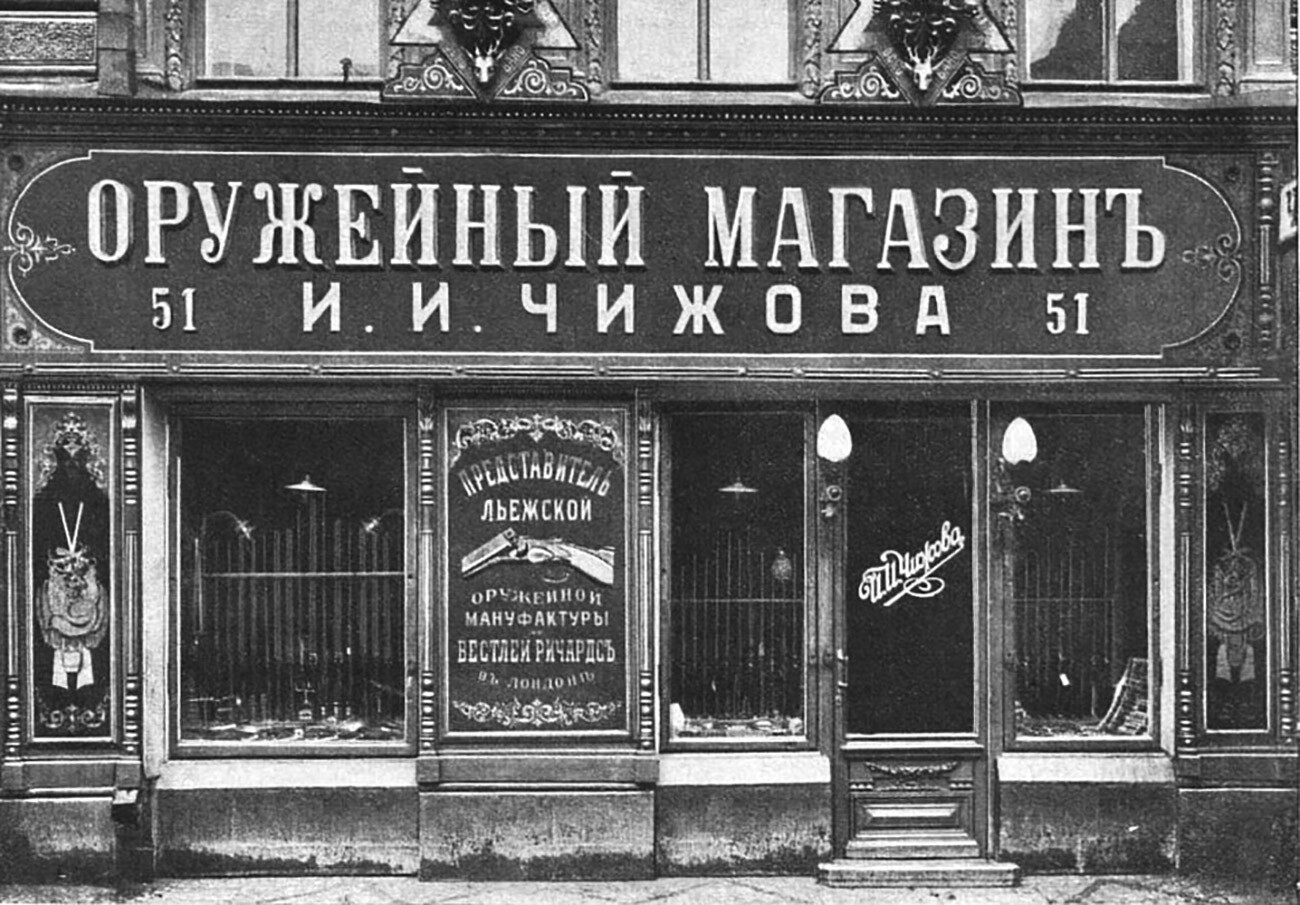 In 1718, Peter the Great issued a decree "On the prohibition of shooting in the yards and on the streets under penalty of a fine”. Apparently, gun owners of the time honed their shooting skills wherever they deemed convenient. From 1718 and onwards, however, they were ordered to “go out of the suburbs to the field, where there is no housing”. 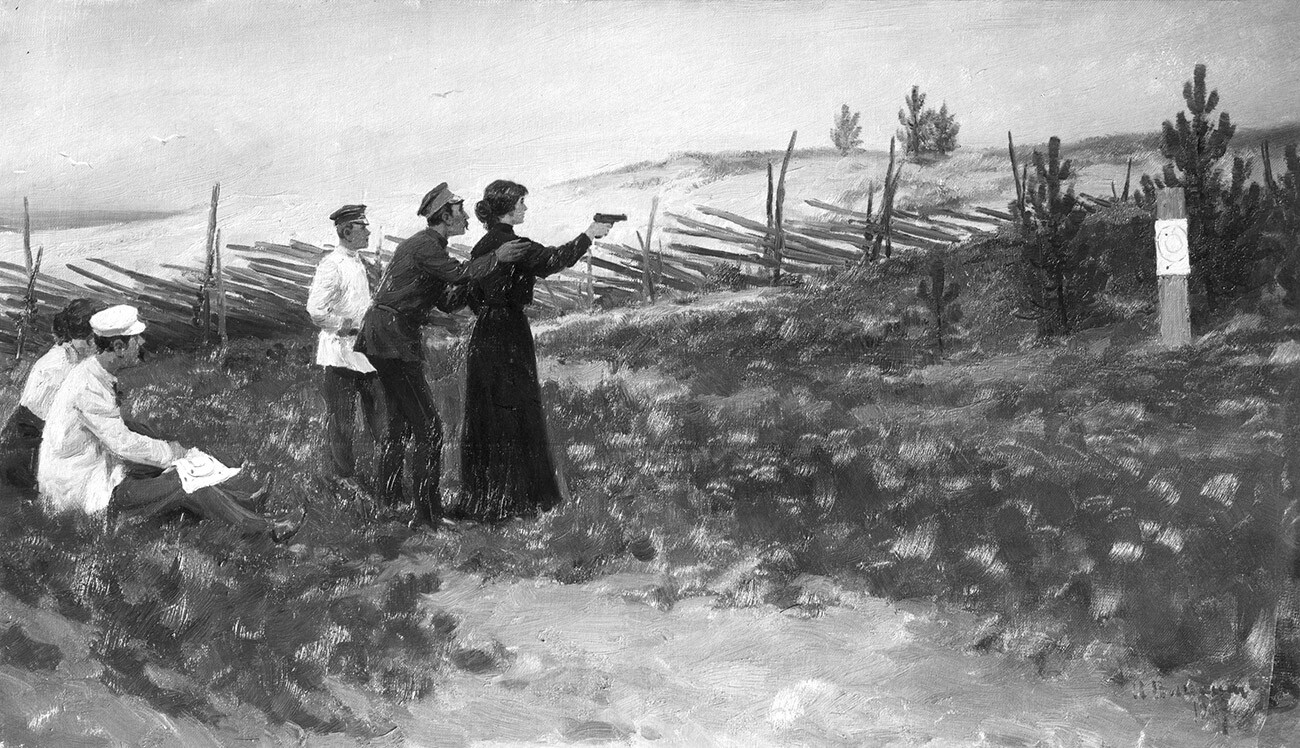 In the 19th century, the sale of weapons was regulated by a law that stipulated: "It is forbidden to all and everyone to bear arms, except those to whom the law allows or prescribes it.” 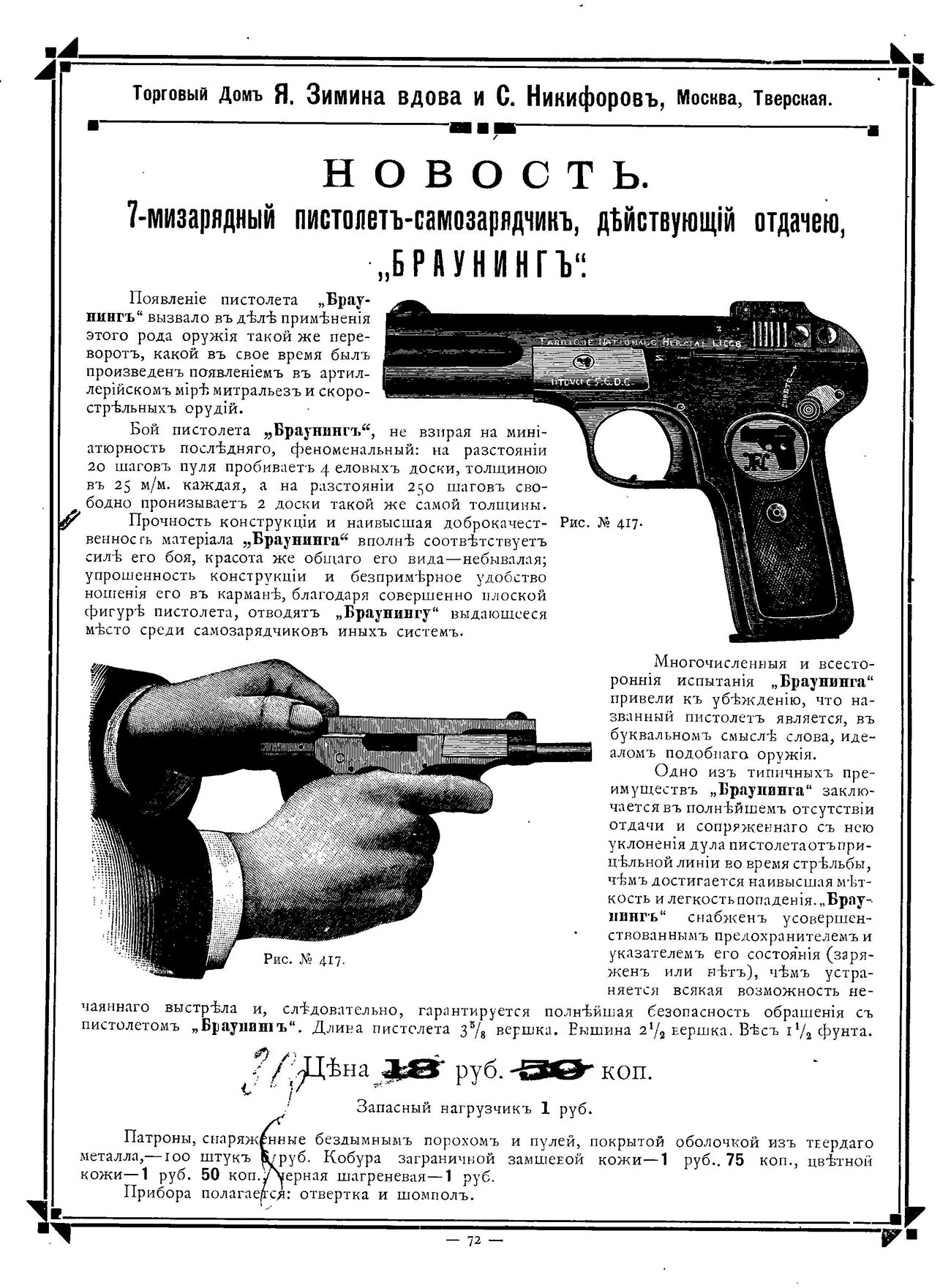 This did not mean the citizens were stripped of their right to bear arms. The law did not prohibit owning and bearing a gun in self-defense, for hunting, and sports. Therefore, handguns and firearms were popular among different classes of people and made a stream of revenues to arms manufacturers and licensed gun dealers. 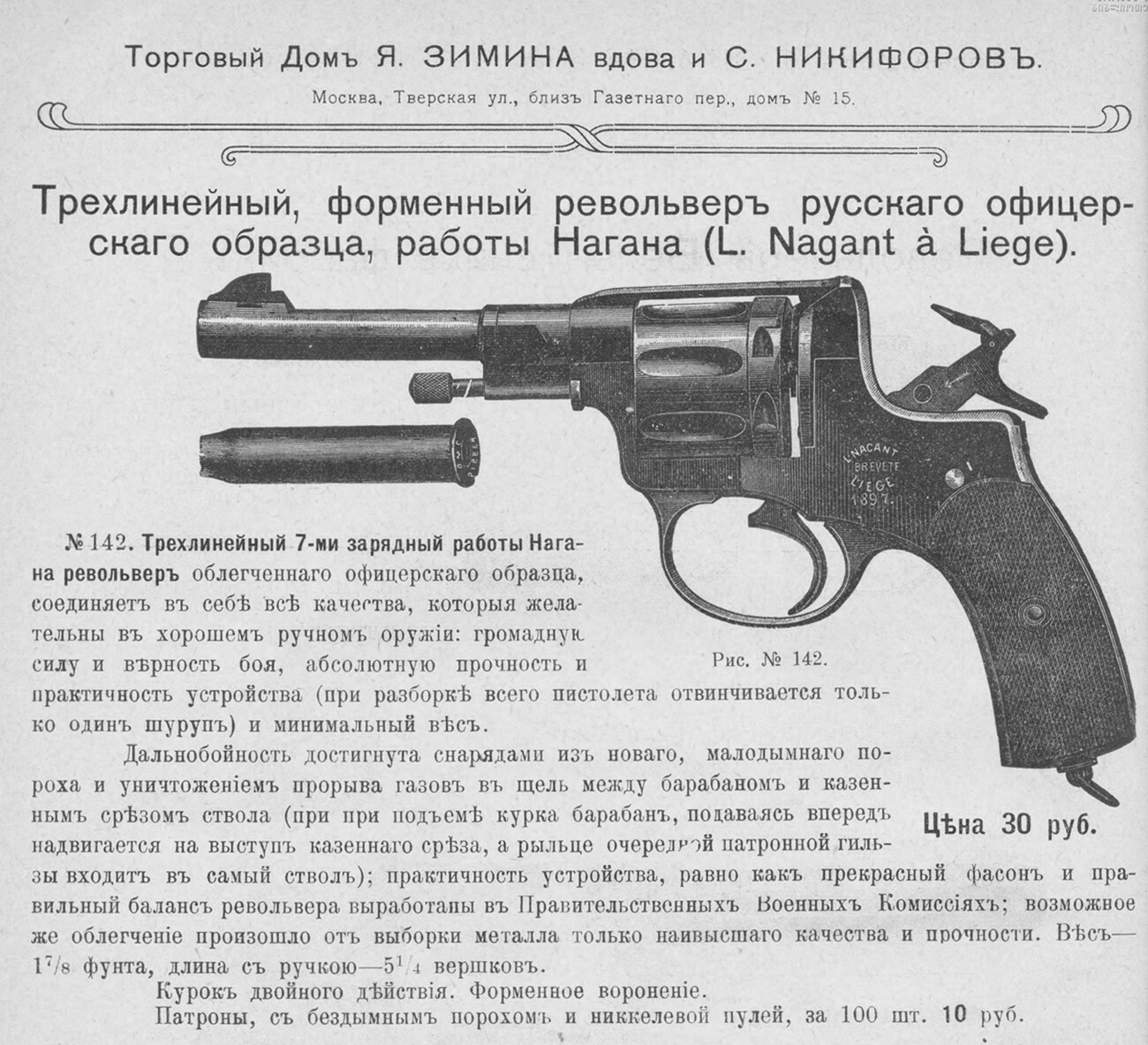 Models by companies like Smith & Wesson, Winchester, Mauser, Parabellum, and Brownings flooded the Russian market. Many of these guns won the sympathies of Russian gun owners. 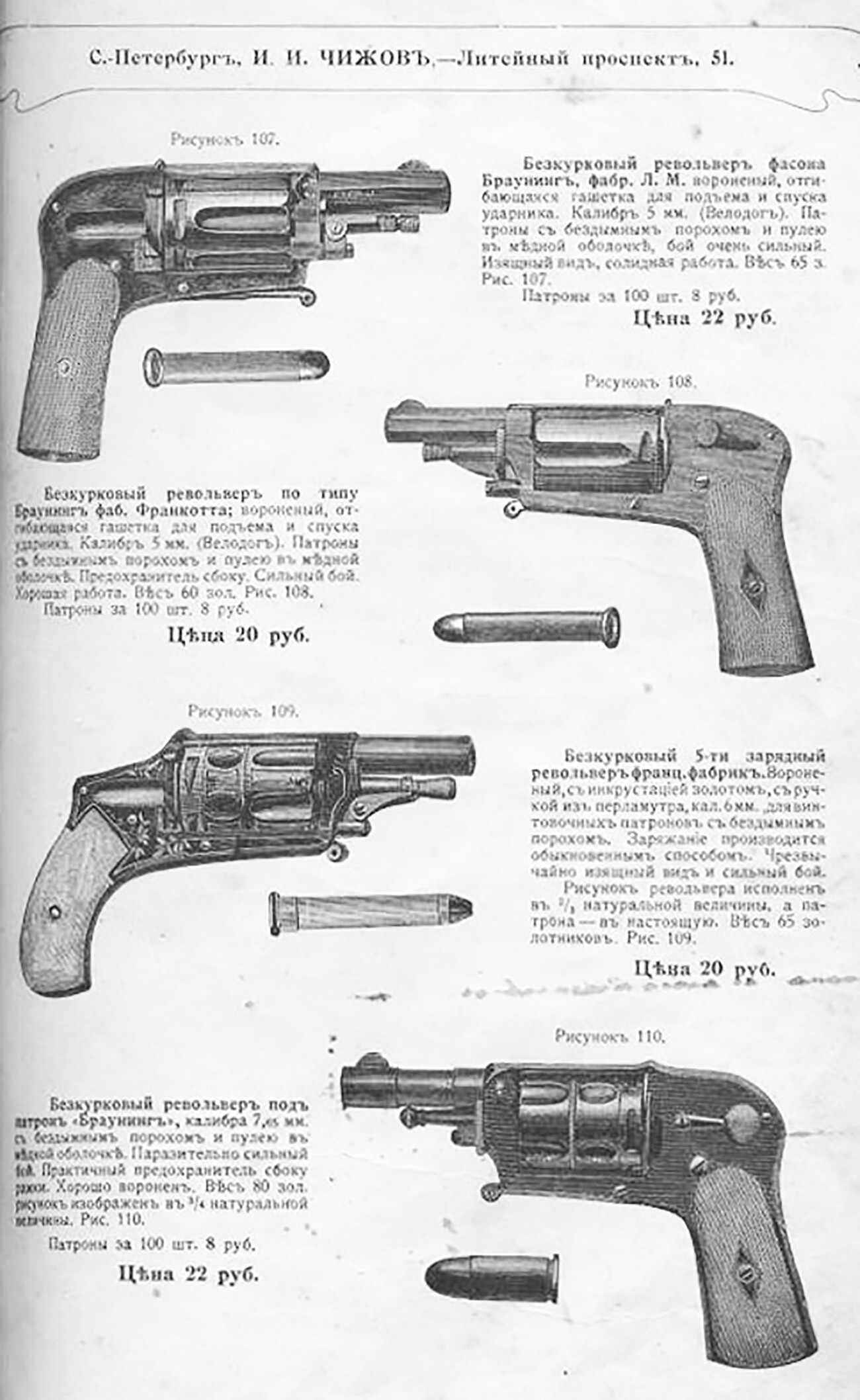 Guns were also quite affordable. For example, a gund dealer advertised a Smith & Wesson revolver for sale for 33.5 rubles. Since workers earned 26 rubles a month on average, a gun was quite an expansive accessory, yet still affordable for the upper class. 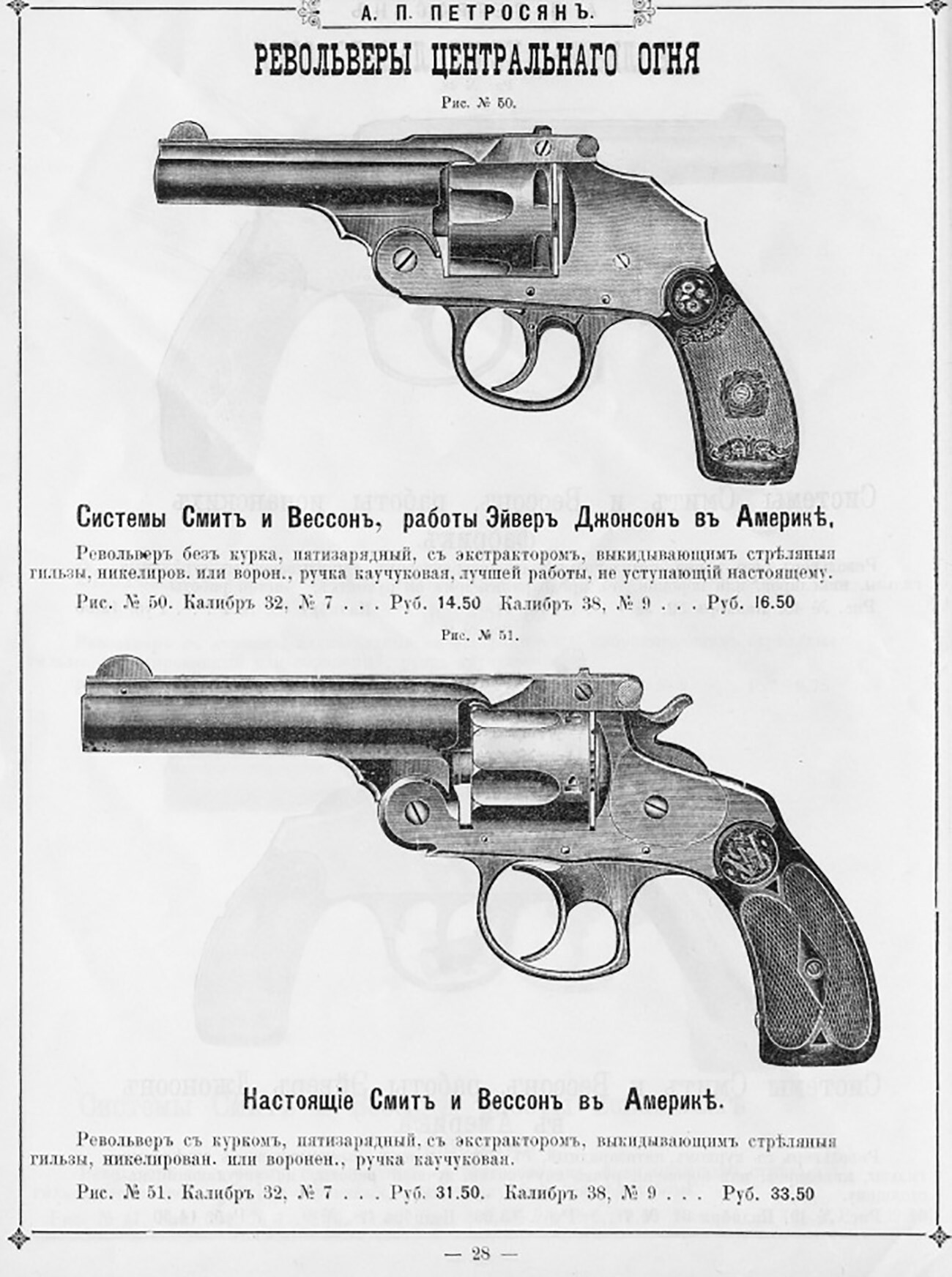 Gun ads and pamphlets of the time also suggest that owning a gun in the Russian Empire at the break of the 19th and 20th centuries was not something extraordinary. Guns were sold along with other items, such assports and outdoor goods. Purchased guns could also be mailed to customers, a delivery method outlawed today. 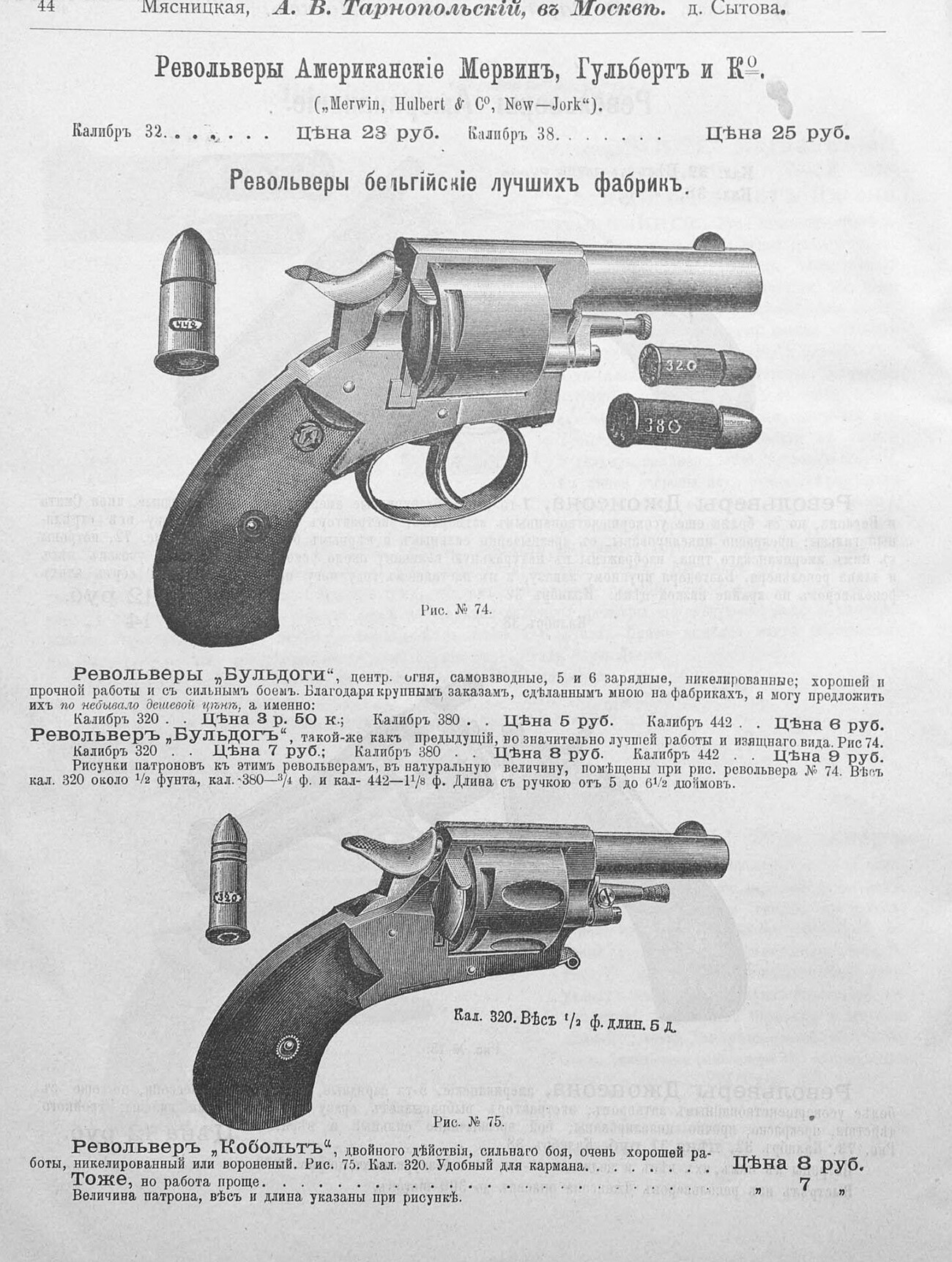 The pamphlets advertised the guns’ looks and technical qualities, as well as their lethality. "The beauty of the overall appearance is unparalleled," "the simplicity of the design and the unparalleled ease of carrying it in your pocket," "the gun kills a horse at a distance of 200 paces." Slogans like these were used by licensed dealers to promote their products. 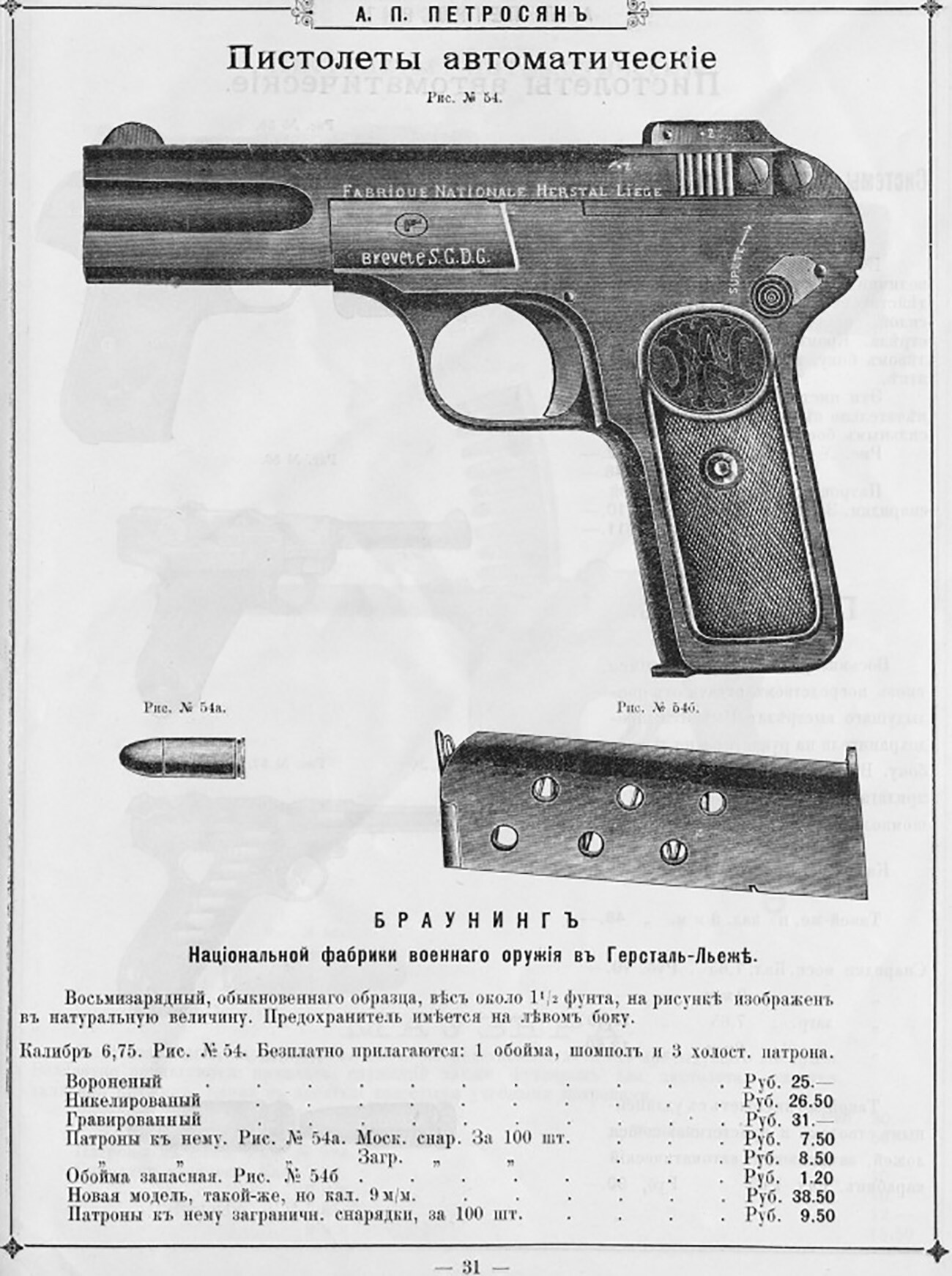 Somewhat more expensive Luger pistols and Brownings were a sign of the owner’s status. People who could not afford expensive models opted for more affordable pocket revolvers like Velo-Dogs. Those were used to protect from stray dogs while riding a bicycle. 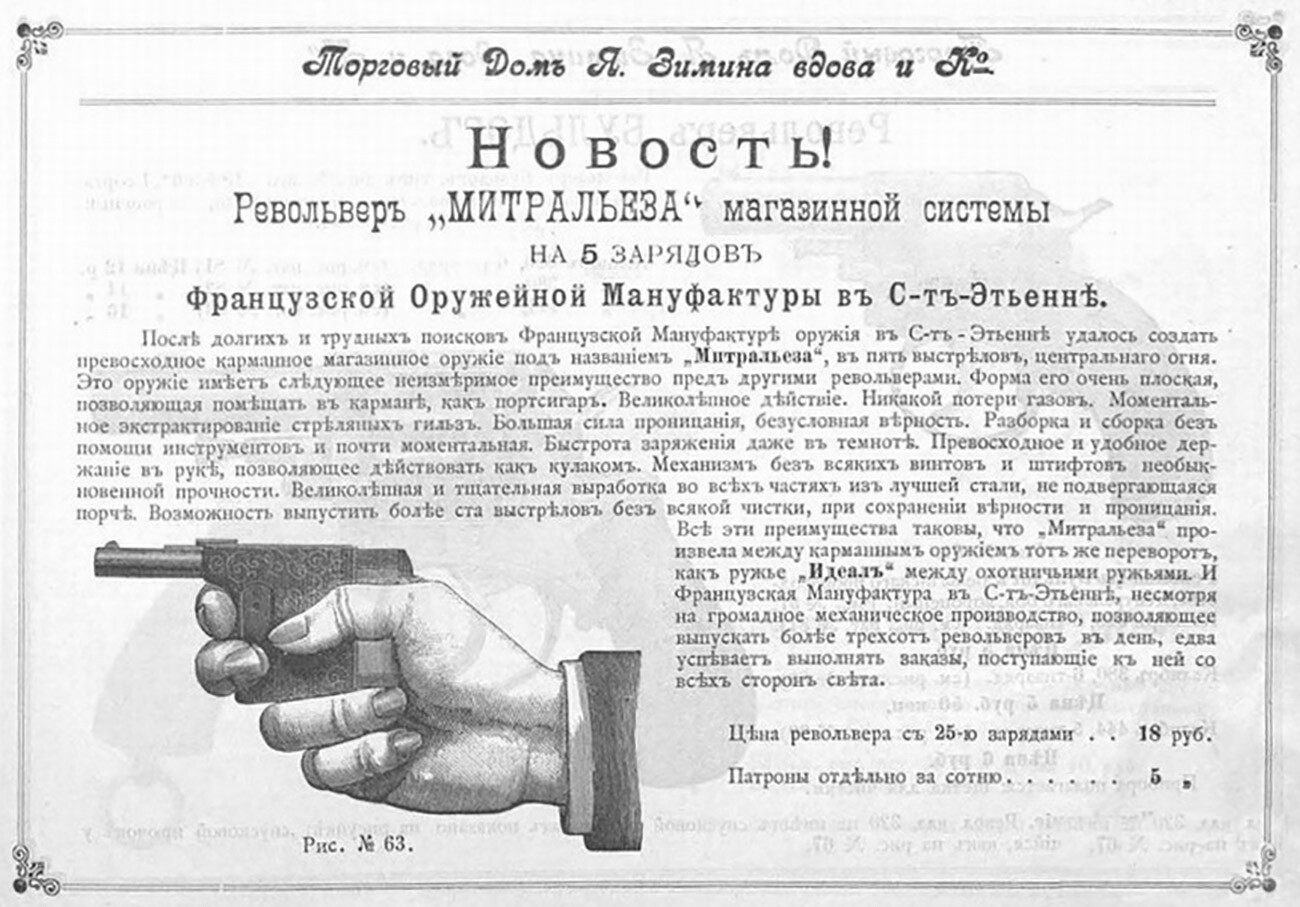 Poorer people who could not afford a fancy handgun – coach drivers or innkeepers, for example – mainly used cheaper long-barrel guns for protection.

The longstanding tradition of gun ownership in the Russian Empire came to an end soon after the Russian Revolution. The Soviet government ordered the people to surrender their arms. Ever since then, Soviet and Russian people were never allowed to use certain types of firearms – specifically pistols and revolvers – for self-defense or any other purpose. 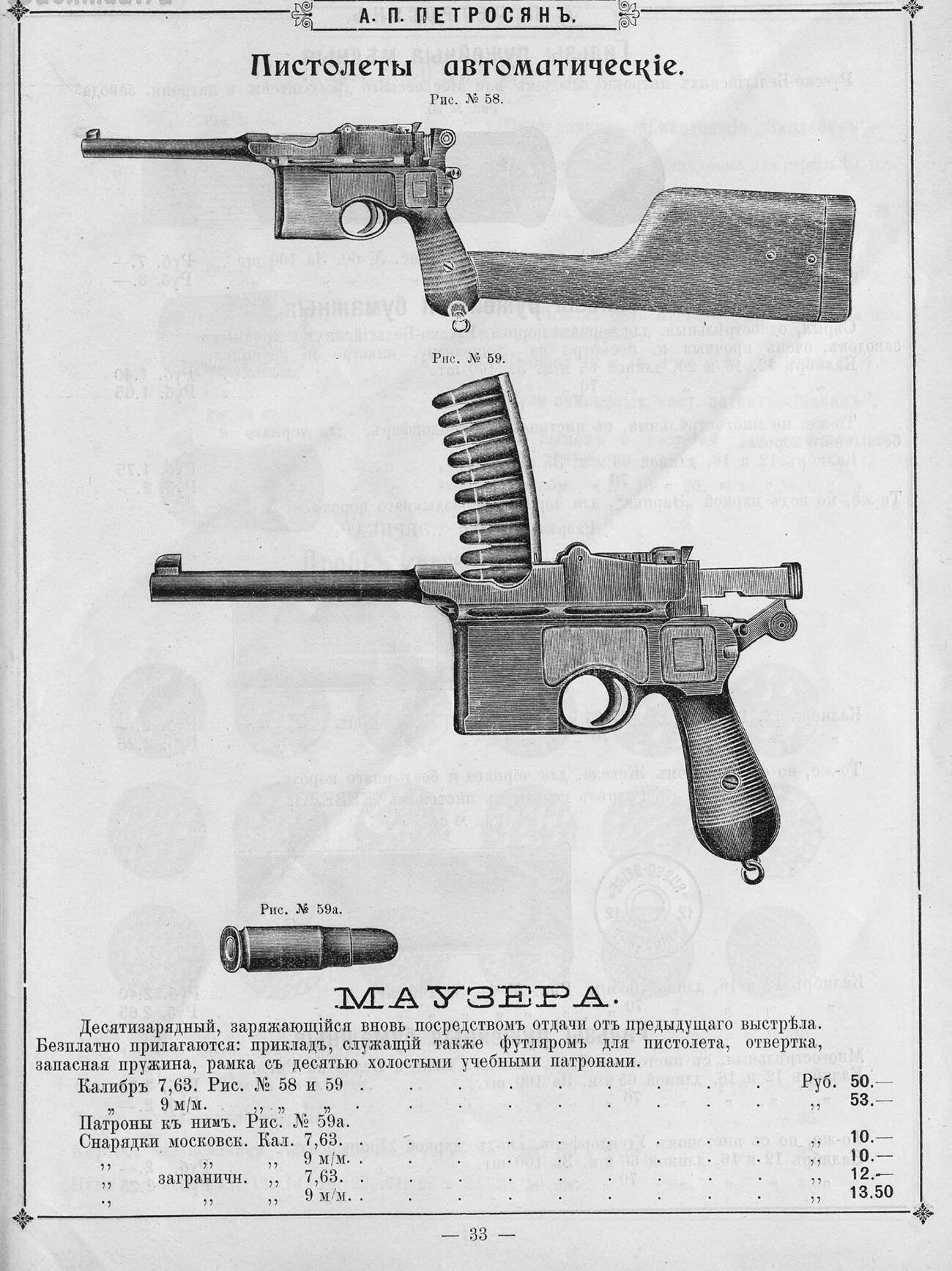 Click here to find out how Russians lost their own 2nd Amendment: The right to bear arms.