Why did the Soviets put up monuments to this flying boat? (PHOTOS) 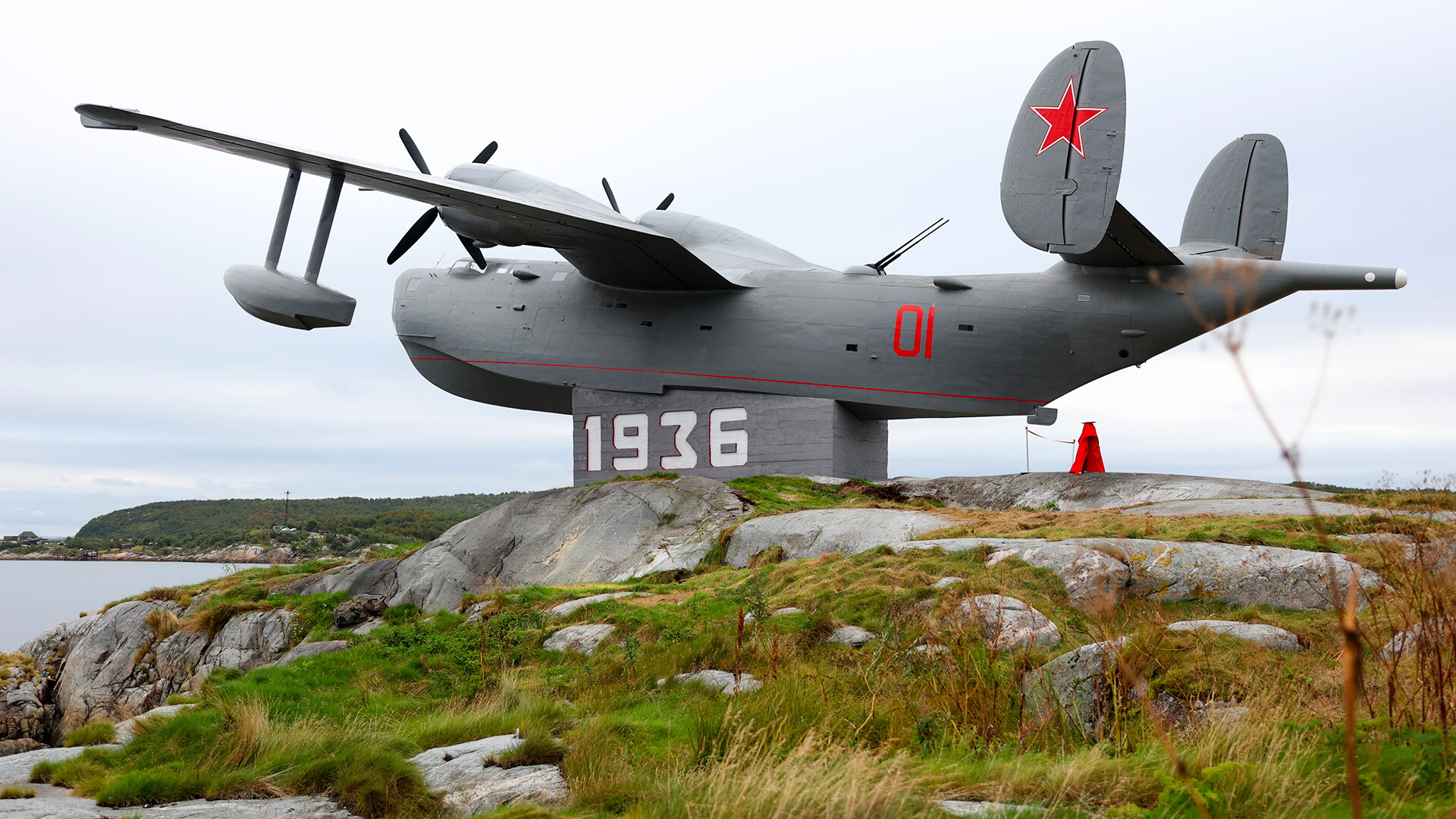 A monument to the Be-6 seaplane in Kola Bay, Murmansk Region. The inscription "1936" on the pedestal indicates the year of establishment of the Northern Fleet Air Force.

Pavel Lvov/Sputnik
The multilateral Be-6 acted as scout, rescuer and hunter for American and British submarines. What’s more, it even took part in nuclear tests.

The tough seaplane, with its gull-like curved wings, was equally at home in the harsh conditions of the Arctic and the more tranquil waters of the Black Sea. No wonder, therefore, that, in Soviet times, monuments to the Beriev Be-6 could be found both in the Crimea and in the vicinity of Murmansk. 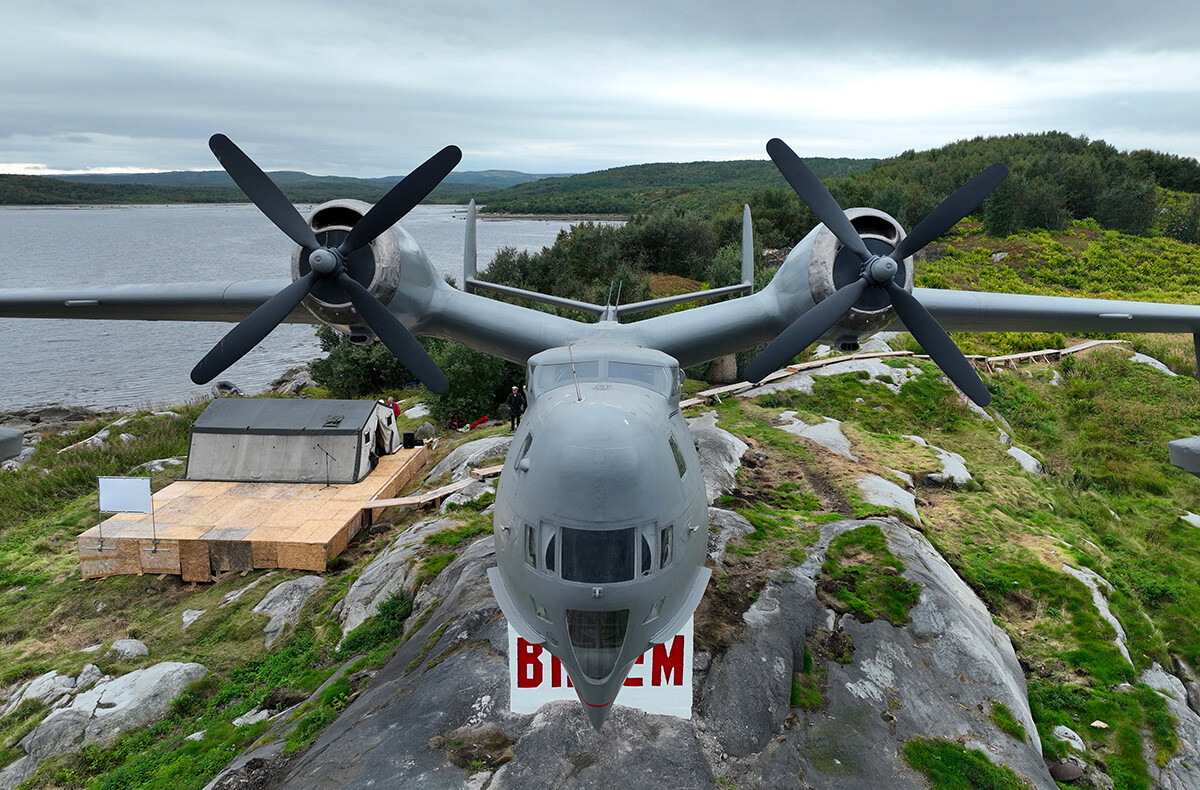 Introduced shortly after the end of World War II in 1949, the flying boat was designed to carry out a range of diverse tasks: maritime reconnaissance, patrolling, bombing, laying mines, transporting supplies, landing troops and participating in rescue missions. 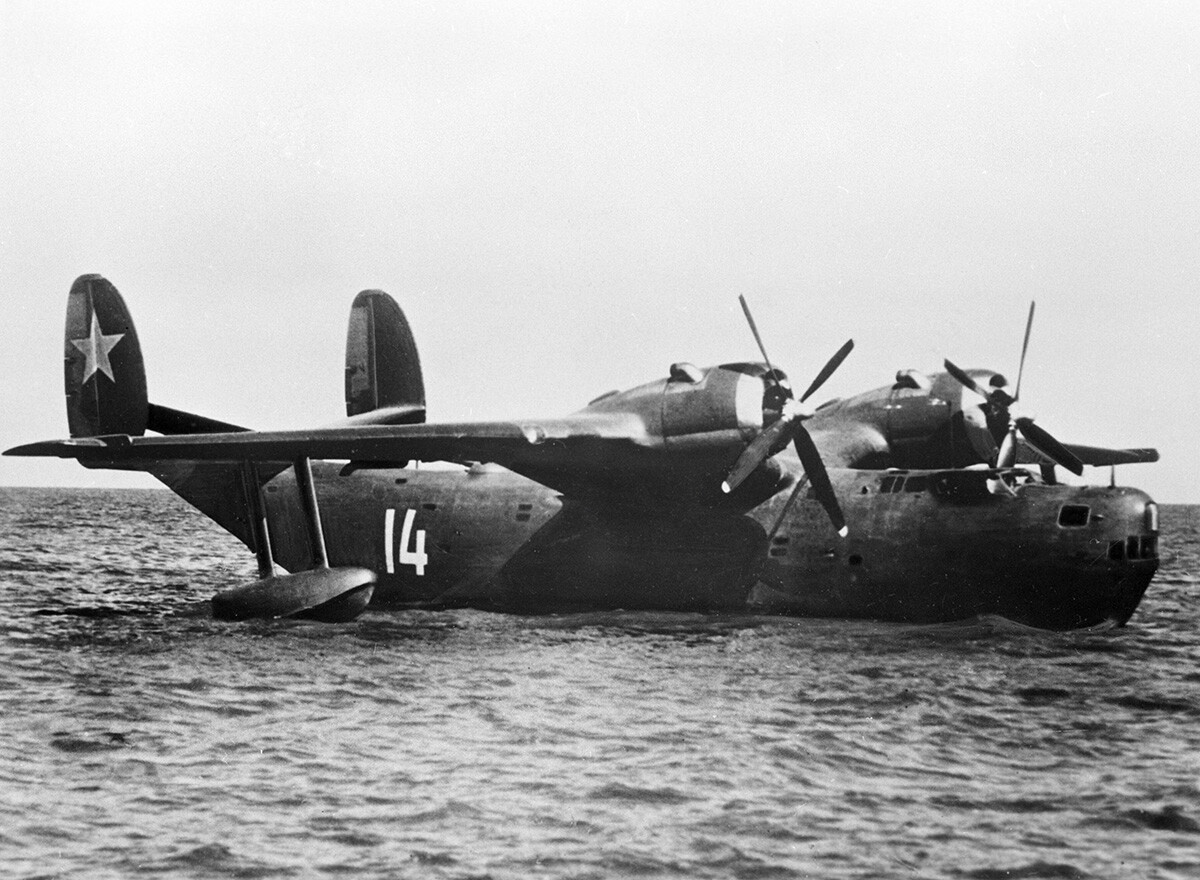 The workhorse of the Soviet Navy was in service for over 20 years. During that time, a total of 123 Be-6 aircraft took to the air. 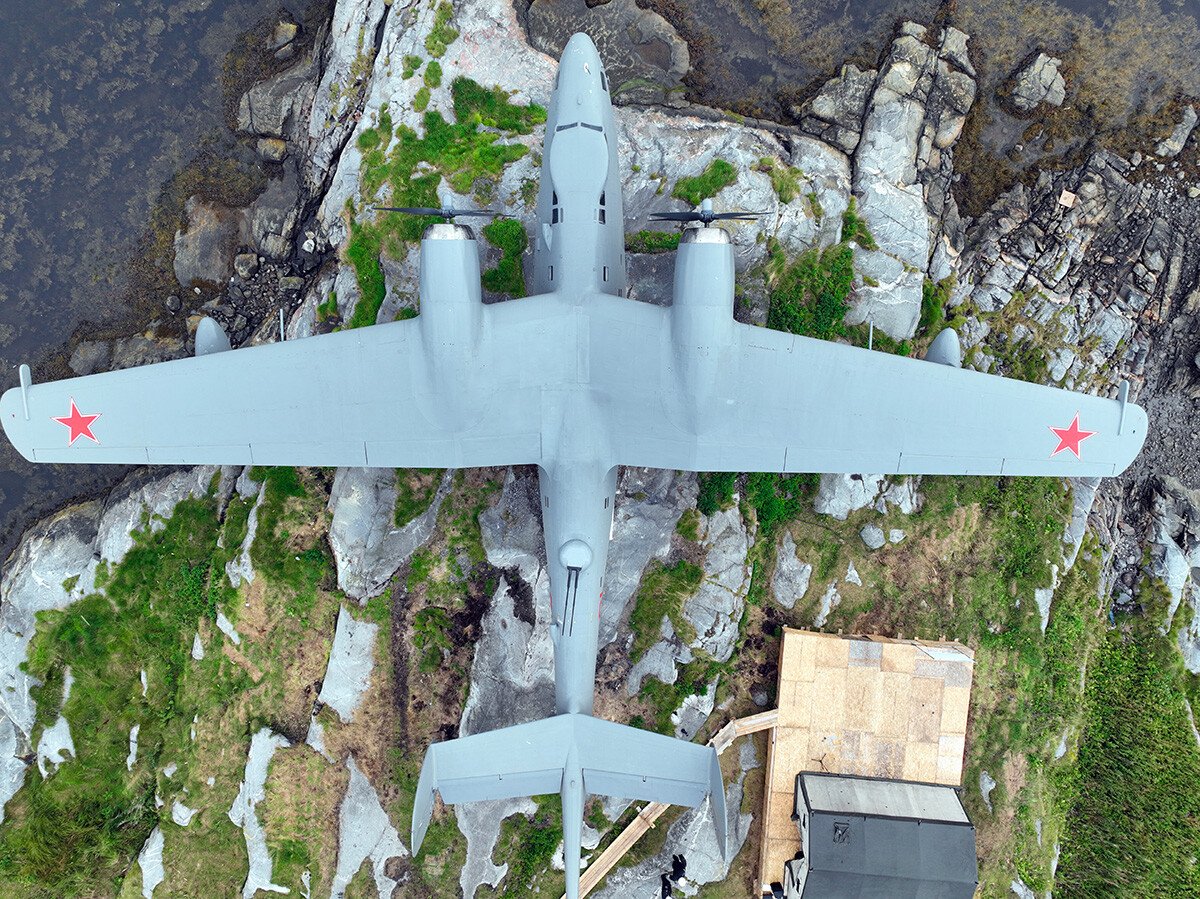 The flying boat became a full-fledged participant of the Cold War. Be-6s carried out reconnaissance missions in the Sea of Japan, where they were hunted down by American fighter jets, which would catch up and escort them. In NATO, the Soviet plane was called ‘Madge’. 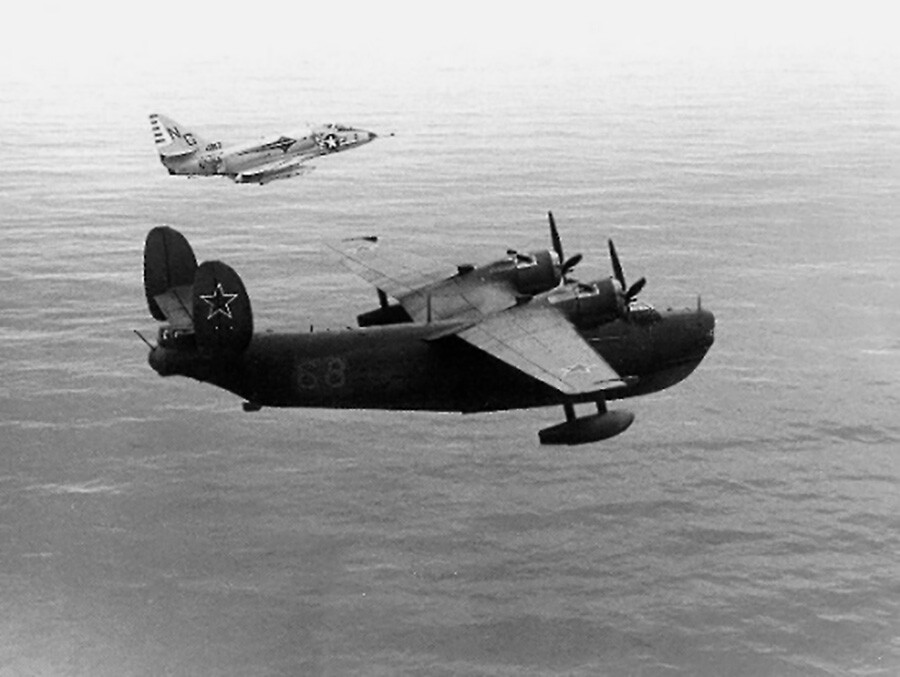 A U.S. Navy Douglas A-4B Skyhawk intercepting a Soviet Navy Beriev Be-6 north of Japan in 1964.

During nuclear tests on Novaya Zemlya archipelago in the Arctic Ocean in the 1950s, the Be-6s conducted aerial reconnaissance to detect foreign warships in the vicinity. Other crews were tasked with studying the fall-off of radioactivity by flying through the radioactive cloud at certain intervals. The aircraft was not prepared in any way for this kind of mission, the only thing they got was measuring equipment. 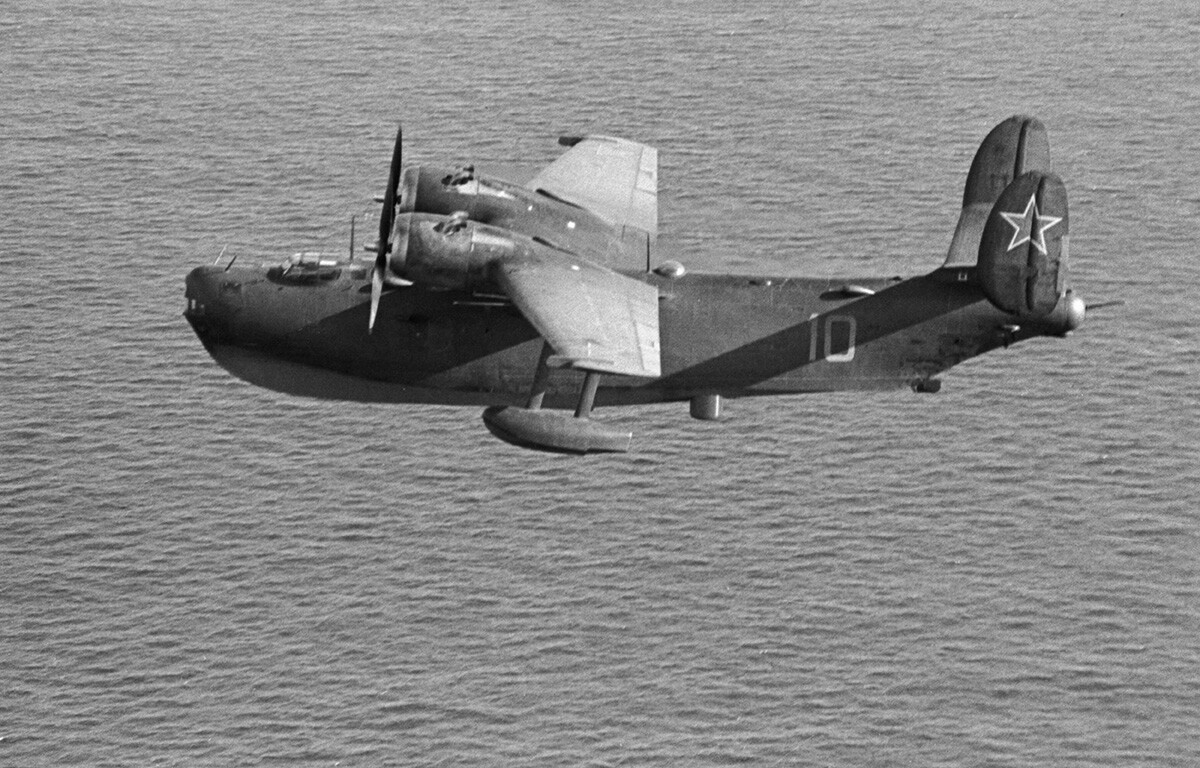 In the late 1950s, the IL-28R jet replaced the Be-6 in the position of long-range maritime reconnaissance aircraft and the latter was mainly used as search and rescue (Be-6SS) and anti-submarine aircraft (Be-6PLO). It was it that pioneered the origin of anti-submarine aviation as a separate type of force within the USSR Navy and it was it that laid the foundations for the tactics of its application. 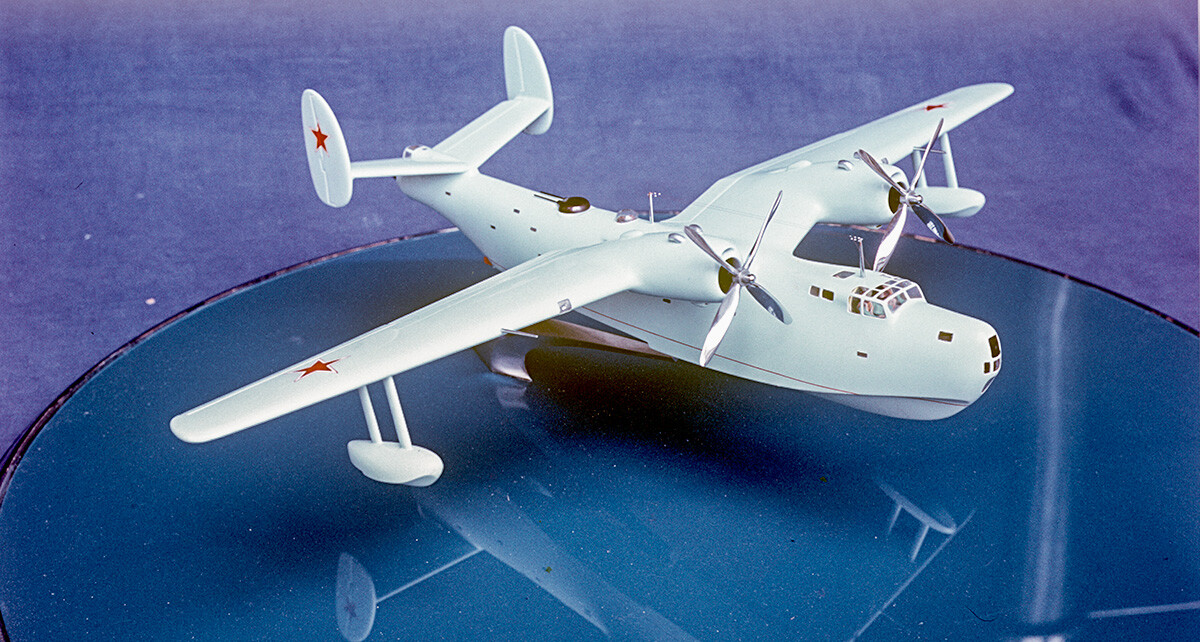 At the end of the 1960s, the Be-6 in the Soviet Union went into a well-deserved retirement. However, in China, to which Moscow once handed over 20 planes, they were used as recently as 1998. 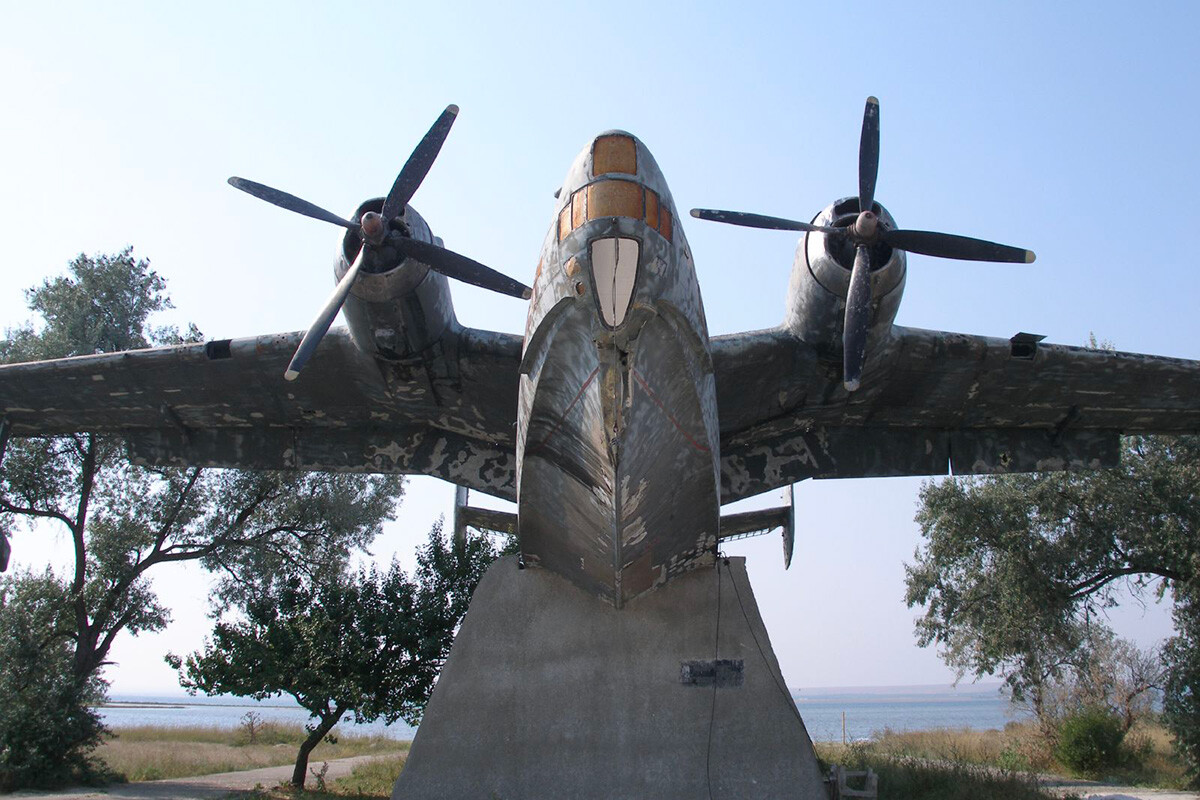