How did Moscow METRO TICKETS change throughout the years? (PHOTOS) 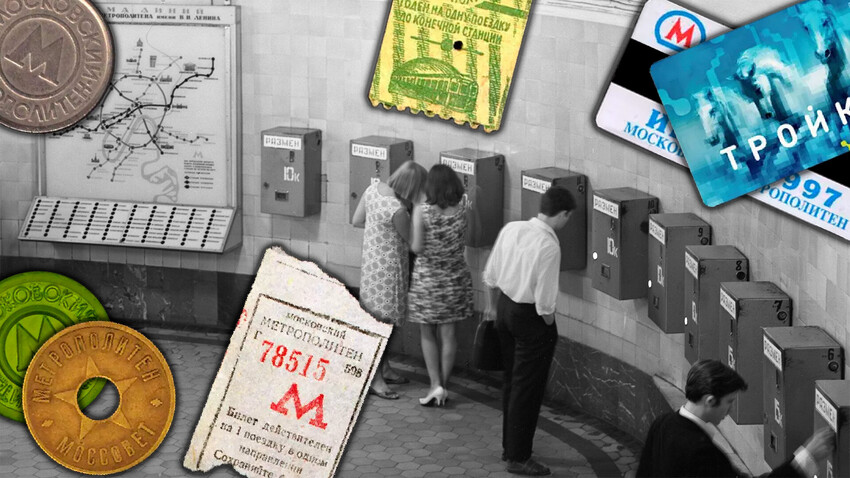 In 2021, the Moscow Metro introduced a facial recognition payment system.

The Russian capital’s subway system has a long history and with it various ticket designs that were used. Check out how they changed throughout the years.

When the Moscow Metro opened in 1935, the first passengers used specially designed tokens to pay for rides. The tokens were metal and looked like this: 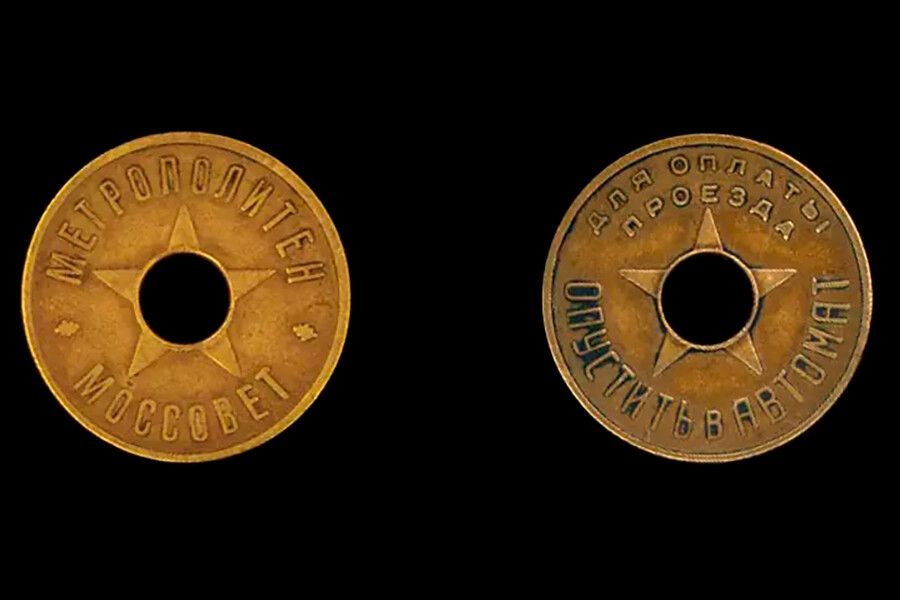 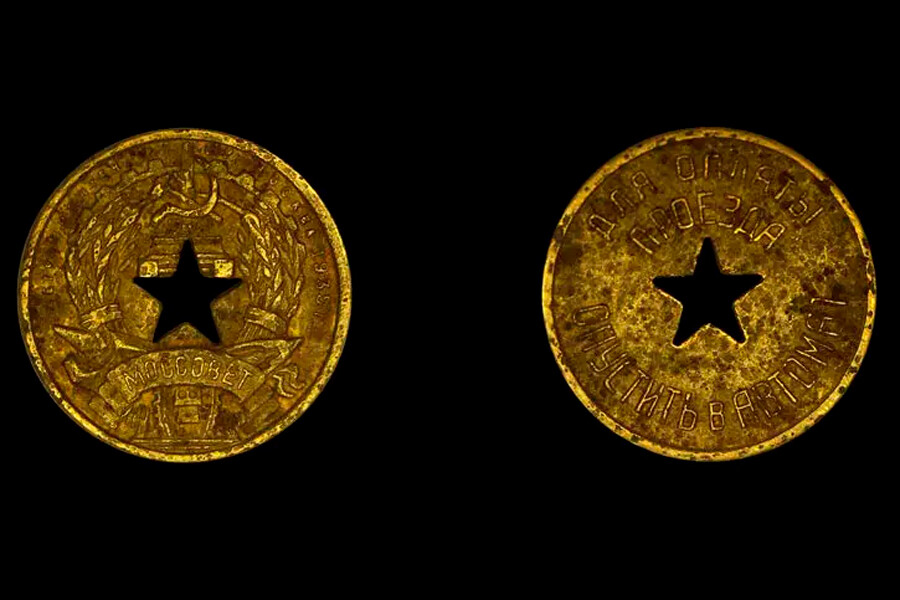 Along with the metal tokens, there also were paper tickets. Below are two examples of paper passes for one ride in the Moscow Metro. 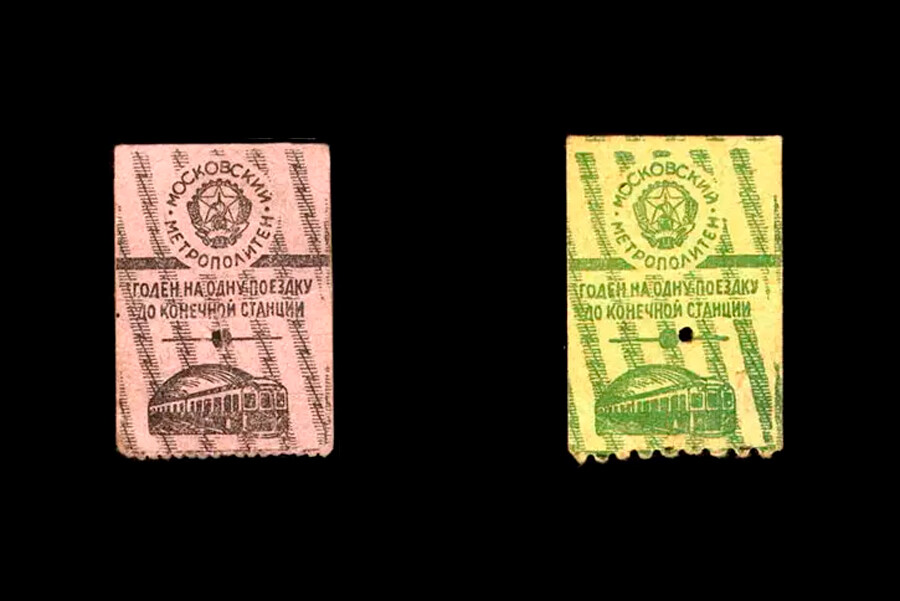 At the beginning, not all of the stations were equipped with turnstiles. As the subway developed, turnstiles started spreading quickly and eventually appeared in most stations by the late 1950s. At that time, the Moscow Metro released a unified design of tokens that looked like this: 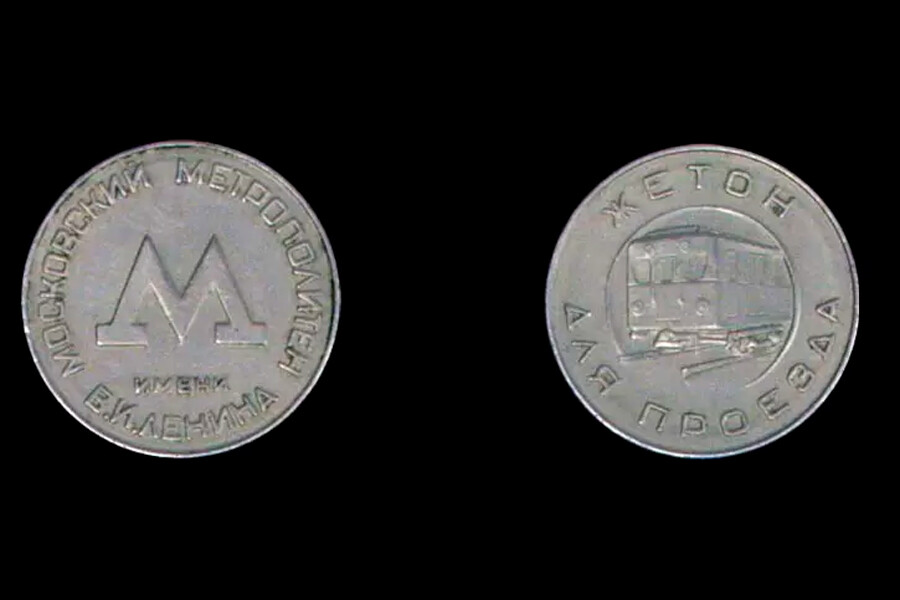 Yet, paper tickets never completely disappeared. They continued to be accepted along with the new tokens. 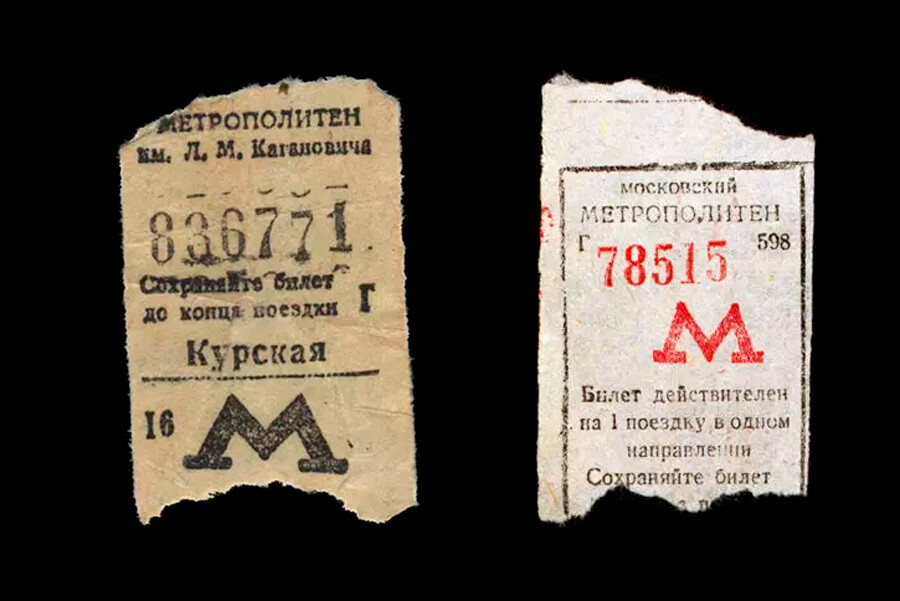 In 1961, the turnstiles in the Moscow Metro started accepting monetary coins of the five-kopeck denomination. Since this fare system was introduced, tokens and tickets disappeared for almost 30 years.

However, monthly passes sold in the Moscow Metro were still issued in a paper format. They looked like this: 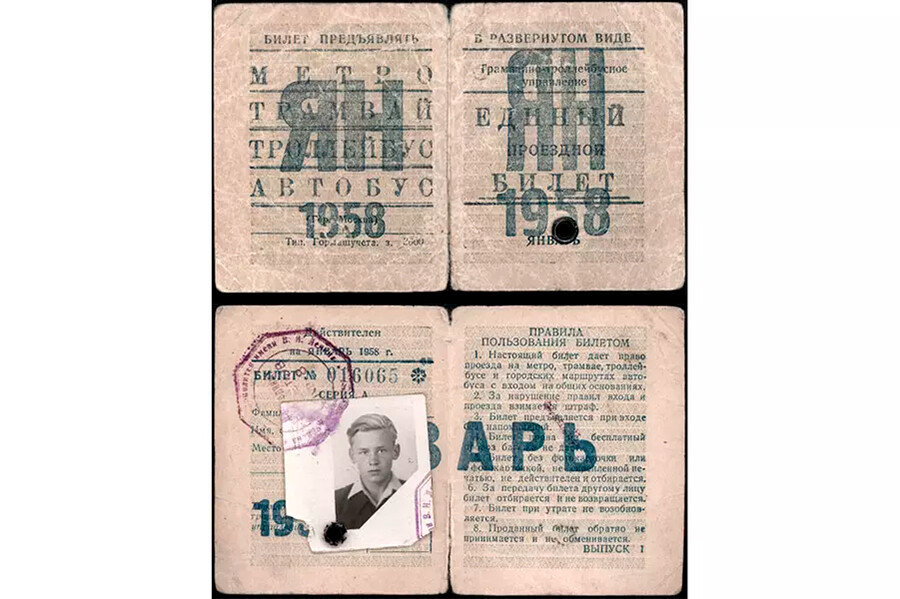 In 1991, the year when the USSR collapsed, metal tokens made their way back to the Moscow Metro. 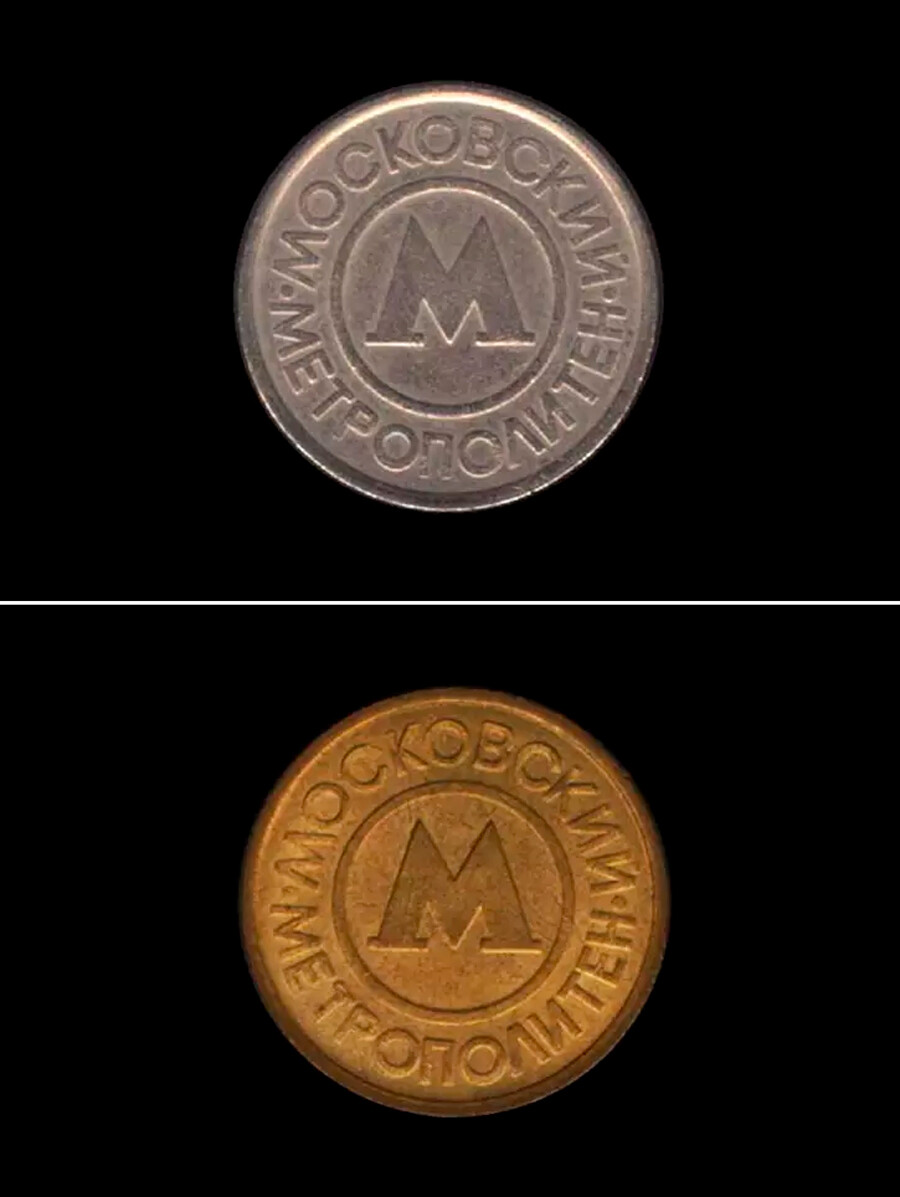 In 1993, these tokens were substituted with transparent plastic tokens that looked like this: 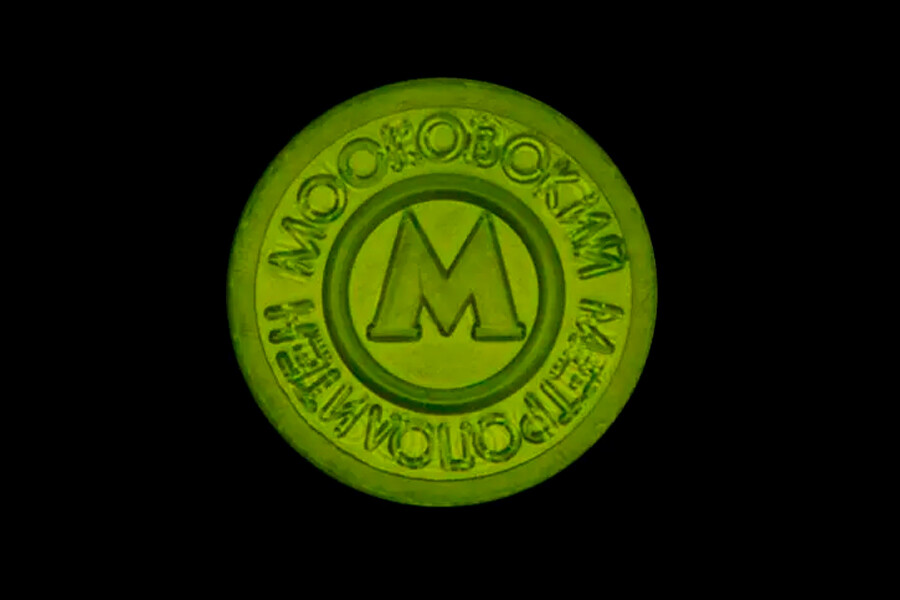 Interestingly, such a token could be broken in half and used twice as the turnstiles did not recognize the difference between an intact token and the one broken in half.

In the mid-1990s, magnetic paper tickets replaced tokens. At first, they were disposable and used only for one ride, but then the subway introduced monthly passes and passes for a certain number of rides. 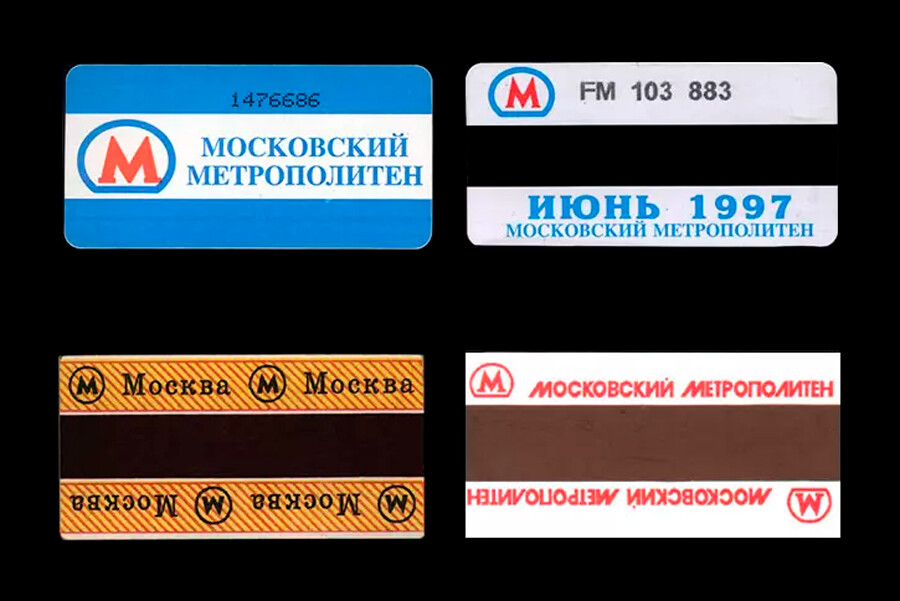 In 1997, the Metro introduced more modern paper tickets that had a magnetic stripe on them. The tickets were designed to be used to pay for one or more rides. 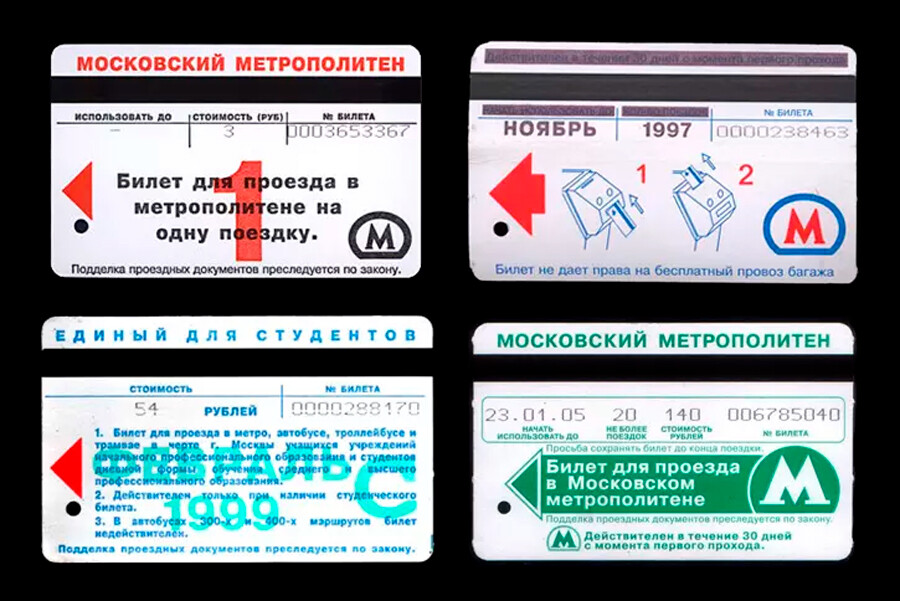 Later on, modern paper tickets with built-in electronic chips replaced the paper tickets with magnetic stripes. The modern ‘Troika’ card, the first to be issued in plastic and which has now practically replaced all paper tickets, represents a design that most people who recently visited Moscow are familiar with. 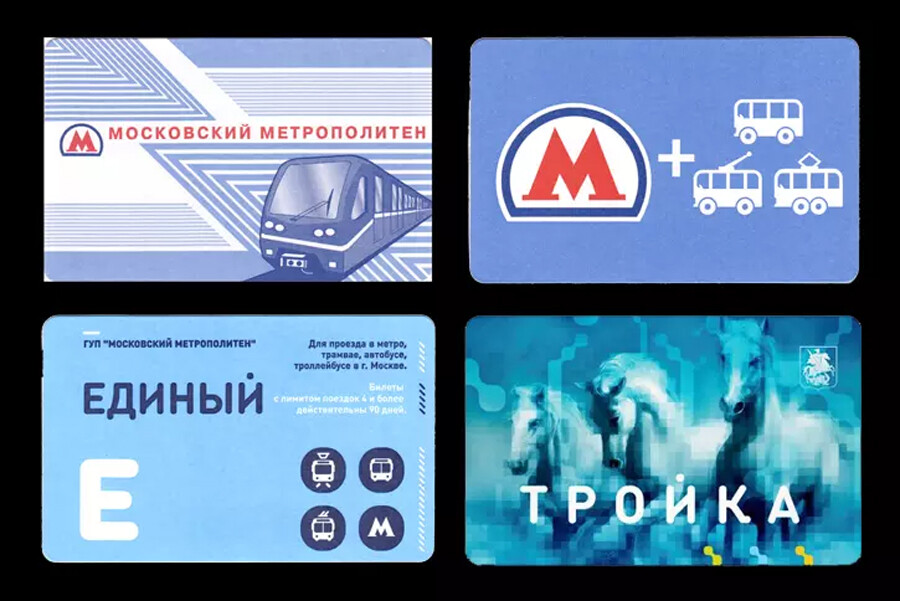