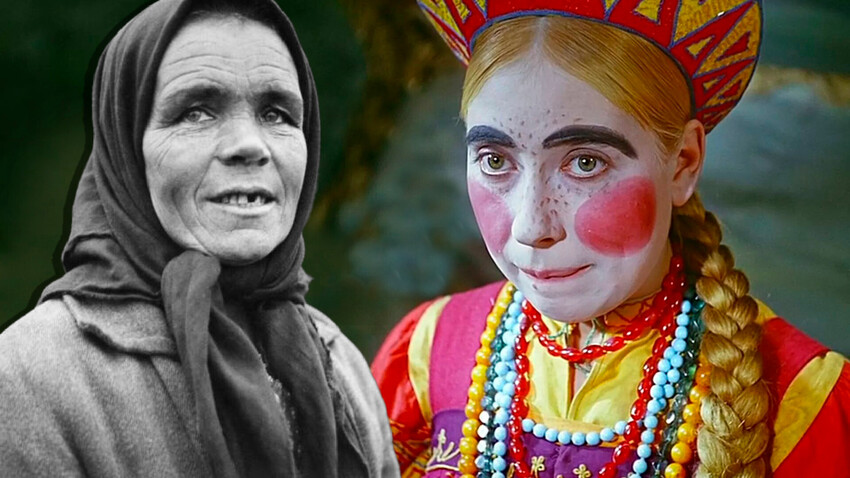 Russia Beyond ( MAMM / MDF / Russia in photo / Film Studio. M. Gorky
Why did Russians paint healthy teeth black on purpose? Why did they make deals in a steam room? Why did they hide nail clippings? We’ll tell you about these and other strange customs that once existed in Russia.

Something that today would cause confusion was once considered a sign of high social status. We’re talking about black teeth. This custom was known in Russia since the 17th century, since the reign of Aleksey Mikhaylovich — the second Russian tsar in the Romanov dynasty. It stayed relevant until the 19th century. Nobles, merchants and wealthy peasants intentionally painted their teeth black with coal, while less wealthy classes tried to imitate them. This fashion existed at the same time as the fashion for black sable eyebrows, pale faces and rosy cheeks. “Their faces, however, were significantly spoiled by the use of white paint and rouge, as well as completely black teeth, in imitation of the city merchant wives, who, at that time, had such a fashion,” Mikhail Saltykov-Shchedrin mentioned in his work ‘Poshekhonskaya starina’ (‘Old Years in Poshekhonye’, 1888). 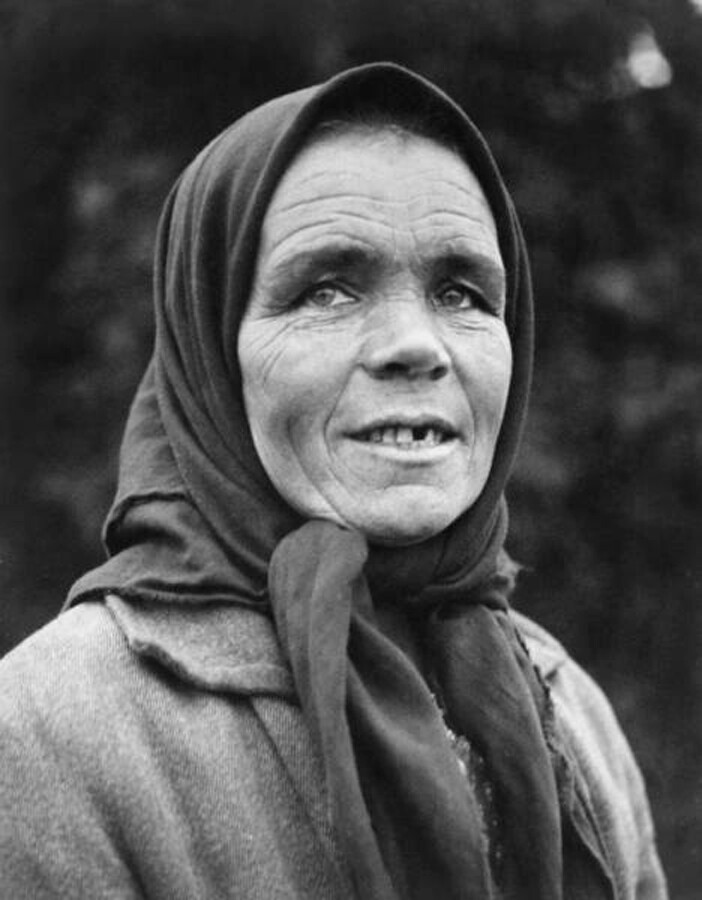 There are several versions on why this was done. According to the first version, people tried to hide the difference between healthy and unhealthy teeth this way. Back then, they couldn’t whiten their teeth, the white paints they used, based on mercury, only eroded the tooth enamel over time (which led to their teeth turning black). So it was easier to make all their teeth black and – yes, announce that now it’s fashionable! 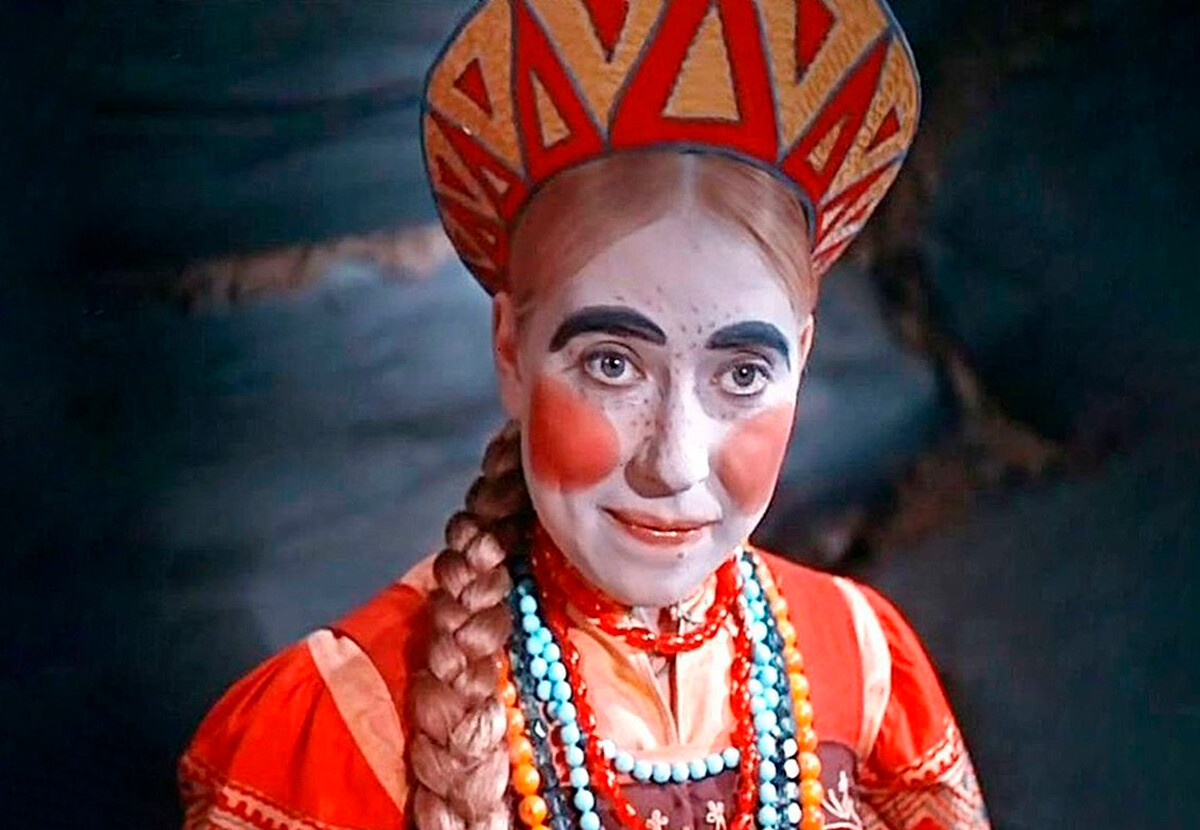 The second version: black teeth were a direct sign of wealth. They naturally turned black for those who could afford very expensive sugar – their teeth were affected by tooth decay. Others painted their teeth black on purpose, so it would seem as though they could afford drinking tea and eating sugar.

Deals were made in a steam room 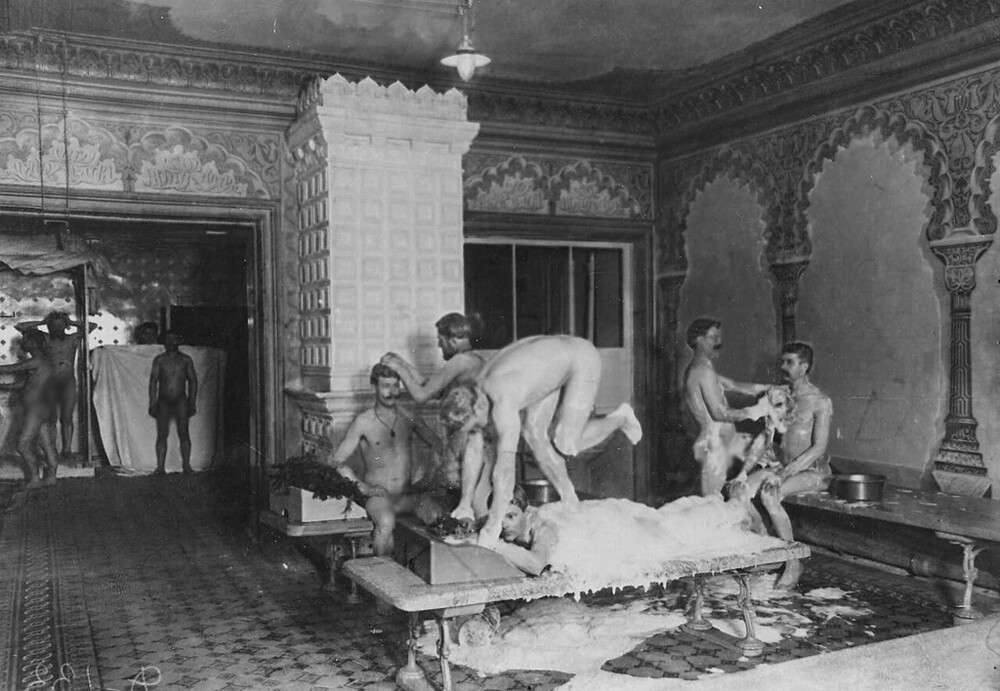 A banya (‘sauna’) was (and still is!) a sacred place for a Russian person: besides actually cleaning the body, they baptized their kids there, arranged marriages, treated diseases, performed pagan rituals (before Christianity), etc.  An important matter such as a trade deal couldn’t be settled without a banya. A private banya was an important element of a merchant’s estate. 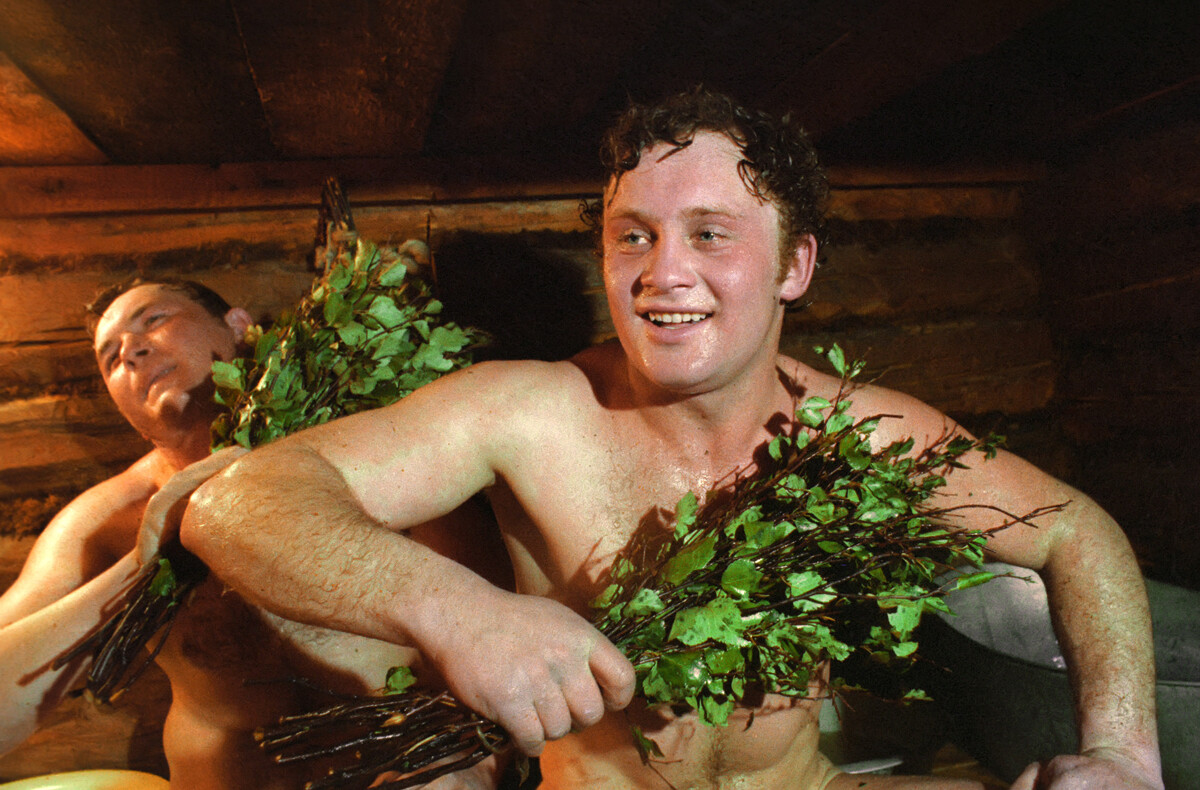 Merchants established their business in other places – over tea, on trips, in churches (church basements often stored commercial items), in a theater, etc. A banya was the last stage of a deal. At this point, the business relationship entered a new level. A partner was invited to a banya at the final stage of an agreement, where, in an informal setting, they could agree on details or just strengthen their personal relationship. There was another aspect, as well – this is how they tested their partner’s endurance and resilience, “probed” their character. Even now, you can periodically encounter the custom of inviting your business partner to a banya.

Keeping and hiding hair and fingernails 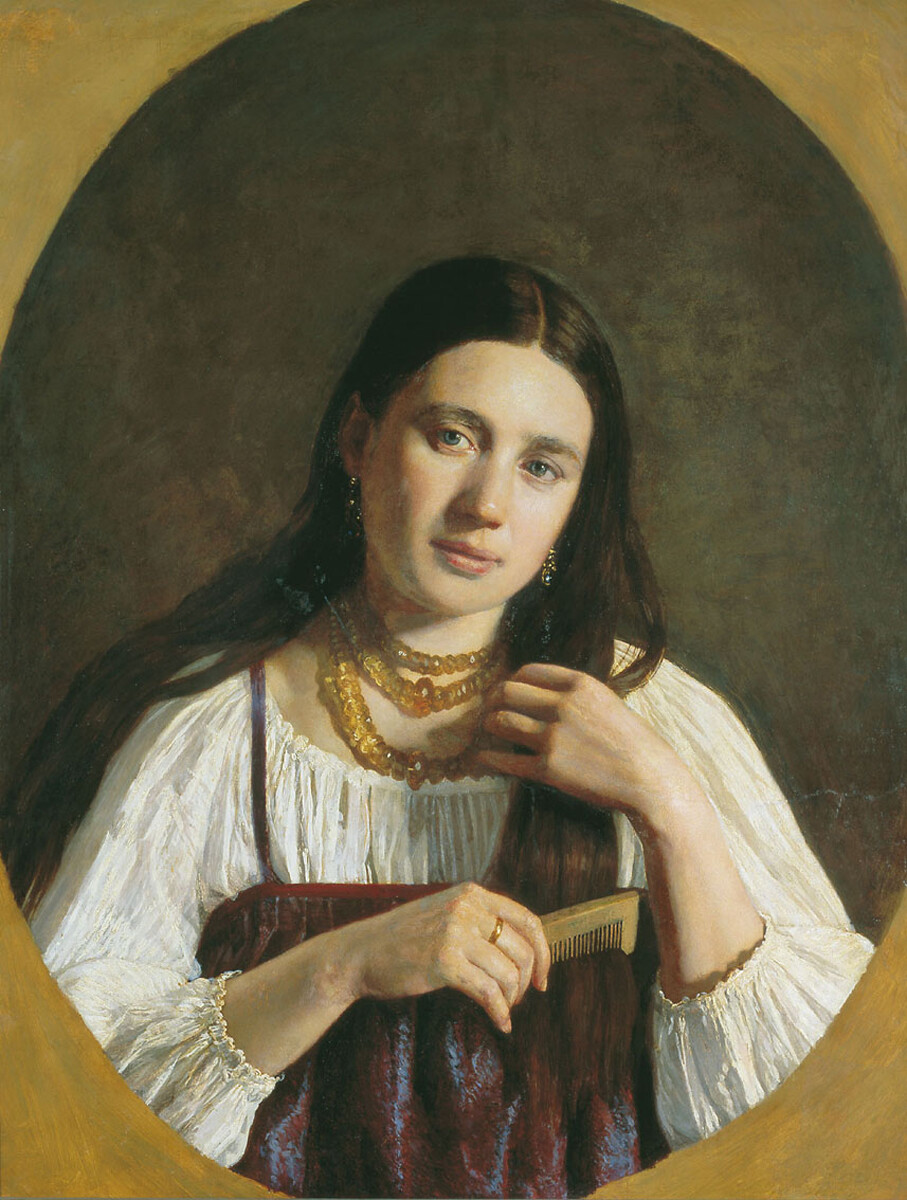 The holy scripture or Orthodox religious sources say nothing about hiding cut hair and fingernails and never mention throwing them away. However, there were many superstitions about it in Russia. People believed that sorcerers could curse their owner through hair or fingernails. Hence, they were scared to just throw them away. It was believed that hair and fingernails were the “carriers” of human energy and linked us to the other world.

This is how they did it: after cutting, hair and fingernails were either hidden in the owner’s most secret place, burned or buried deep underground.

Sending food to those who couldn’t come for a visit 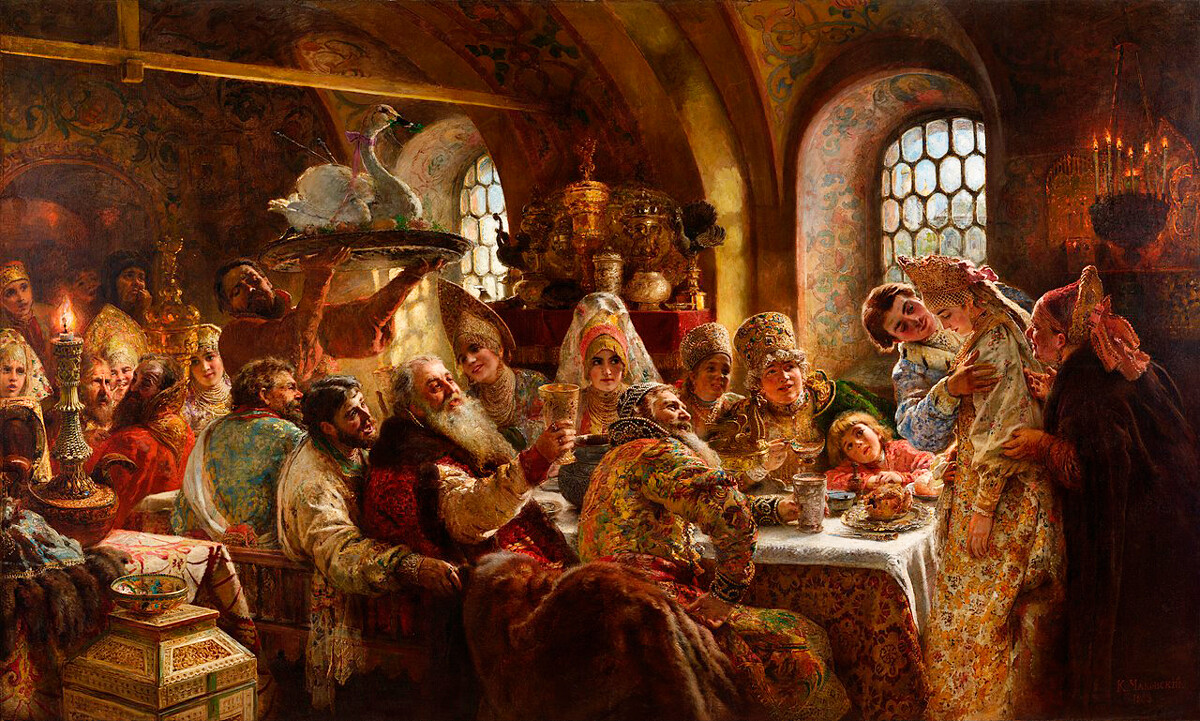 Boyars' Wedding Feast in the 17th Century, 1883 by Konstantin Makovsky

Russia had a host and guest etiquette and it strictly regulated the relations between hosts and guests, the order for serving dishes and the guest seating.

For example, famous and wealthy guests were greeted on the front porch, while guests with lower social status were invited to the table where hosts waited for them. The serving of dishes during feasts was very different from the modern rules: first, pies were served, then meat or fish dishes, game and, lastly, they served soup. Then there was a break, after which the guests were invited for zayedki (‘snacks’): to drink tea with sweets – dried fruit, berries, honey. Guests could not refuse the food, as it was seen as an insult. What’s even more interesting: even those who were invited, but couldn’t come, didn’t escape the food. According to the host and guest etiquette of Russia, food was sent to such guests – so as to not offend them.

An ancient ritual performed for sick or weak children, the point of which was to tie a kid to a shovel and to put them in and out of a warm oven three times. “Baking a child” was linked to the pagan “purification by fire” and it was believed that the fire will chase any disease out of the body. Often, children were covered in dough. 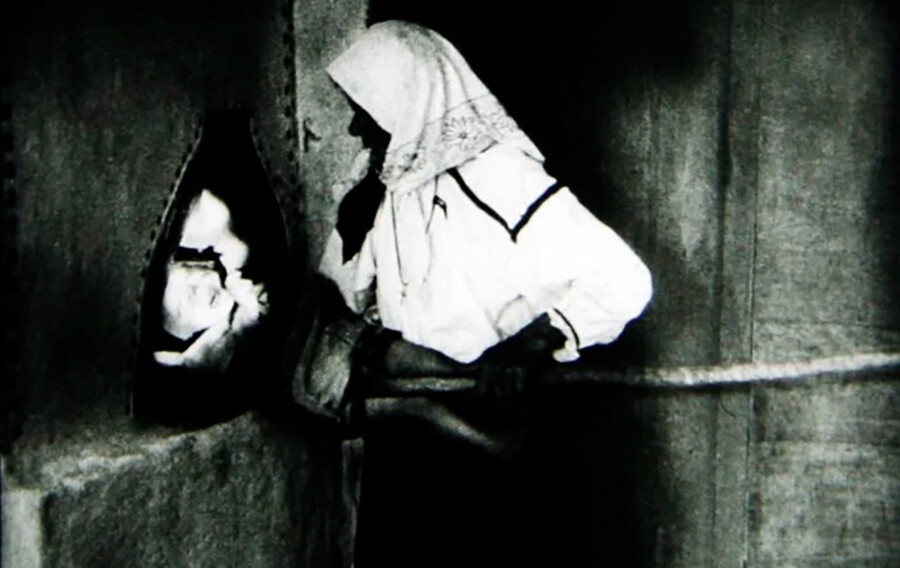 The ritual was described by ethnographer Vasily Magnitsky in his work ‘Materials to explain the old Chuvash faith’: “This is how, for example, they treated child wasting [depletion of the body]. A sick child was put on a shovel covered with a layer of dough, then the child was covered with dough with only a hole for the mouth. After that, the healer puts the child three times in and out of the oven over burning coals.”

Then, according to the research of another ethnographer, Petr Denisov, the child was “dropped off the shovel through a horse collar to the porch where a dog ate the dough covering the child.” During the whole procedure, spells were read.

In some places, they could “bake” even a healthy child to make them even stronger. But, usually, they did this to kids who were on the verge of death. There were times when a child died during the ritual, but then it was believed that without the ritual the child had no chance to survive either.