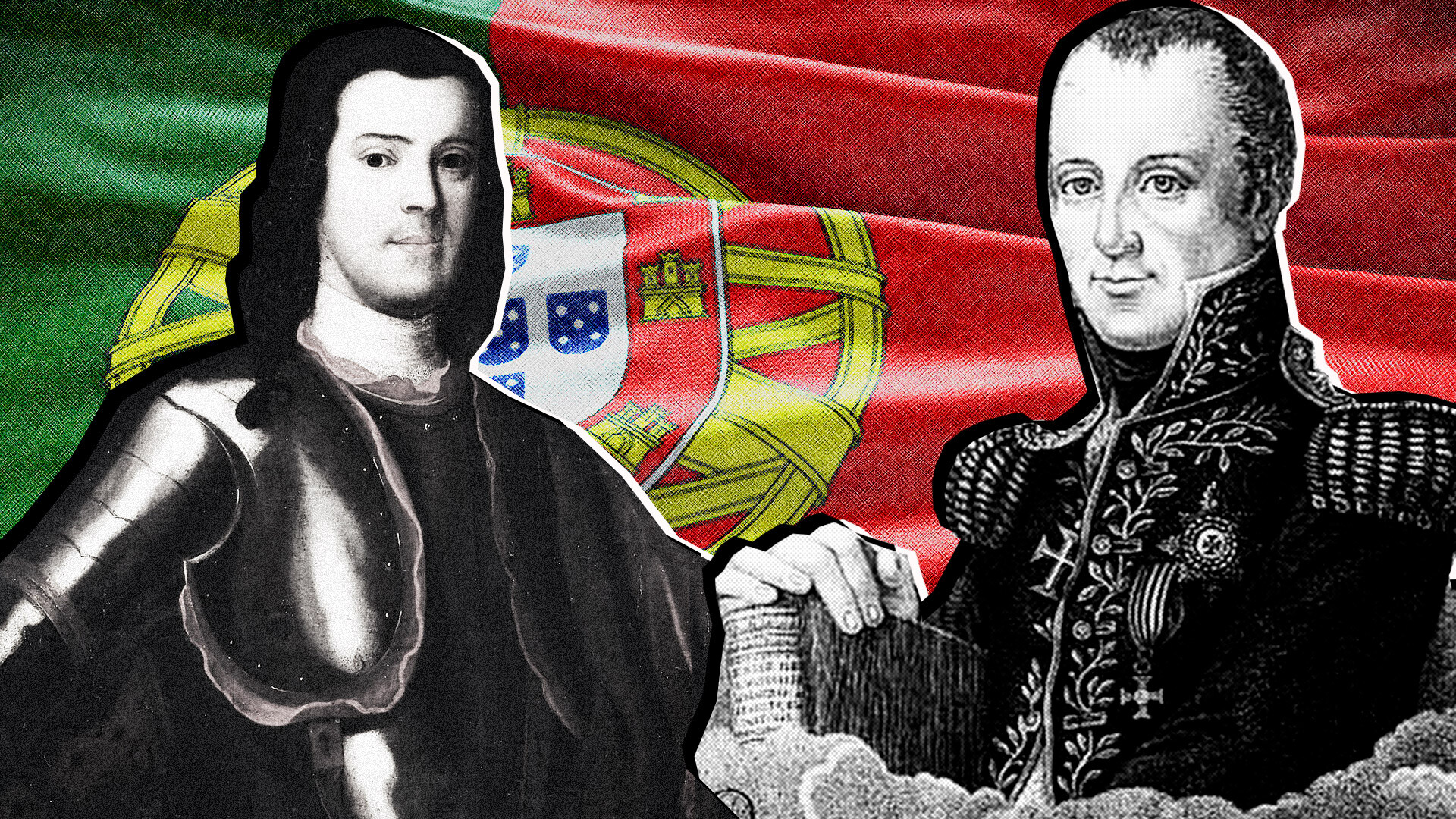 Russia Beyond (Photo: Public Domain; Legion Media)
Until the 18th century, these two great powers at the opposite ends of Europe essentially knew nothing about each other. This didn’t stop some Portuguese nationals from making careers of dizzying heights in Russia, however.

In 1697, during his Grand Embassy - an extended tour of European countries - Tsar Peter the Great visited the Netherlands, where the local authorities staged a show imitating a naval battle for the distinguished guest. Enjoying the spectacle, the tsar took notice of a lively ship’s boy, who was deftly clambering over the rigging “like a monkey” and fastening the sails.

The young man was António de Vieira from a poor Jewish family that had emigrated to Amsterdam from Portugal. The tsar, who usually judged people not by their background or wealth, but by their abilities and strength of character, invited the boy to enter Russian service and the latter readily agreed. 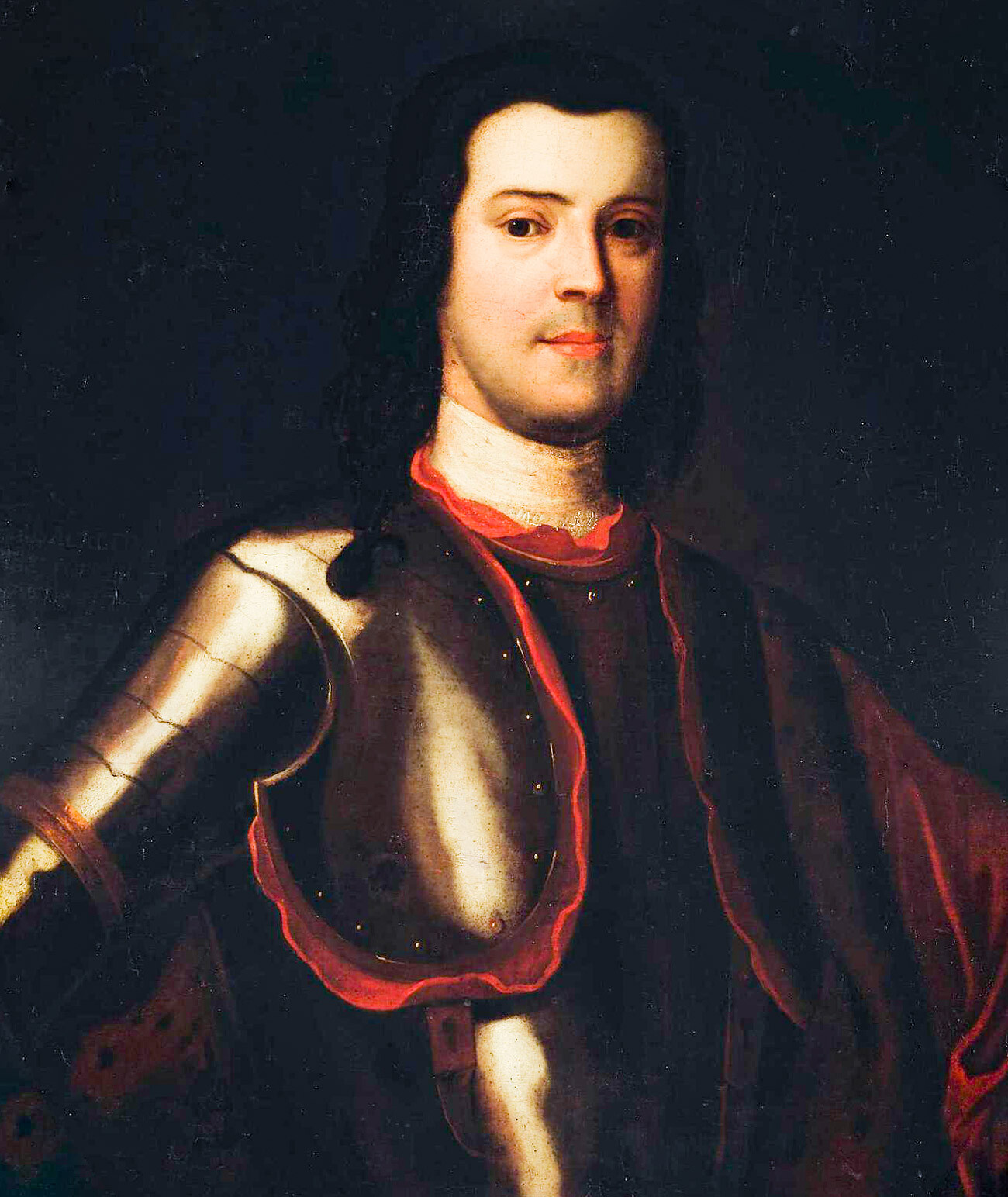 Peter the Great was not mistaken in his choice - in 10 years, the Portuguese cabin boy rose from a mere page-boy to adjutant-general. In 1718, the tsar appointed him as the first chief of police of St. Petersburg, in charge of maintaining order in the then capital of the Russian Empire.

Anton Manuilovich Devier, as he came to be known in Russian, went about his new job with zeal. He instituted a police force, set up gate houses at the entrances to the city and introduced night watches on the streets. In addition, through his efforts, a fire service was established, swamps were actively drained and drainage systems built. Throwing rubbish into the Neva River was punished by whipping with the knout (a heavy scourge-like multiple whip, usually made of a series of rawhide thongs attached to a long handle) and merchants were flogged for selling goods of inferior quality or for unreasonable price increases.

Peter the Great was very happy with his police chief. “Tough and quick to carry out the tsar’s orders, he (Devier) instilled such fear in all the inhabitants of the city that they trembled at the mere sound of his name,” wrote Holstein nobleman Friedrich von Bergholz, who spent some time living in Russia.

The downfall of Anton Manuilovich began soon after the Emperor’s death in 1725. His Serene Highness Prince Alexander (Danilovich) Menshikov, another of Peter the Great’s close associates, played no small part in it. 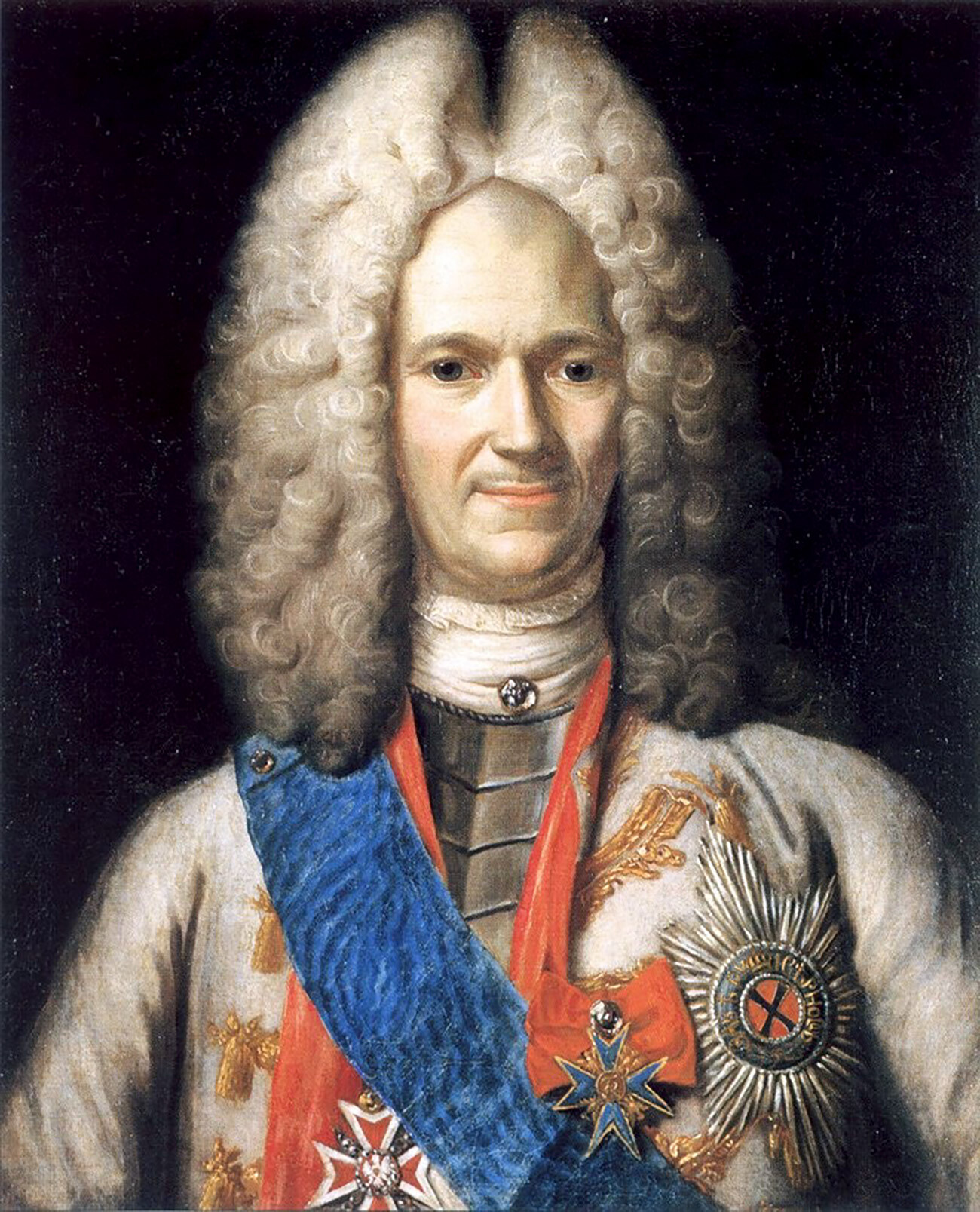 The two state officials had fallen out from the moment Devier, before holding any high offices, asked for the hand of Menshikov’s sister, Anna. He was not only rudely rejected, but was taken and beaten up by Alexander Danilovich’s servants. The emperor intervened and used his authority to let the marriage go ahead, but the enmity between his two associates, now related to each other, only intensified. Later, neither missed an opportunity to play a dirty trick on the other.

In the end, on May 27, 1727, at the very beginning of the reign of the then 12-year-old Peter II, who was under Menshikov’s full control, Anton Manuilovich was accused of intending to remove the monarch from power. He was stripped of his estates and title of nobility, subjected to whipping with the knout and banished to Siberia.

In 1741, Empress Elizaveta Petrovna (Elizabeth of Russia) withdrew all charges against Devier and brought him back to St. Petersburg. Three years later, he was even appointed the capital’s chief of police once more. By this time, however, the 63-year-old Devier’s health had thoroughly deteriorated and he died after only about half a year on the job.

At first, Gomes Freire de Andrade, the son of the Portuguese envoy in Vienna, had no thought of going to distant Russia. He was steadily pursuing a military career in Portugal, alternating service in the infantry troops with service in the country’s navy. 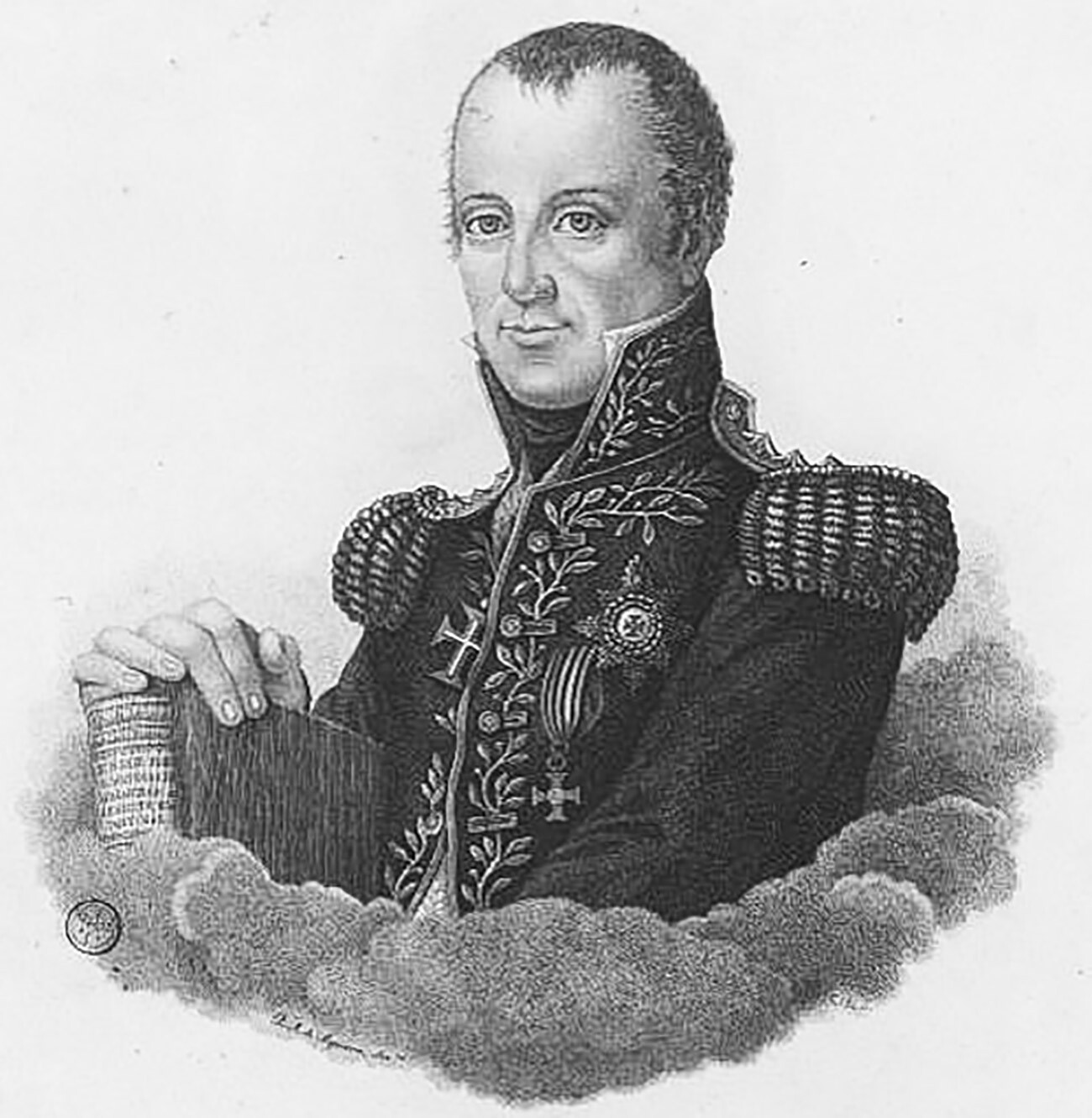 Nevertheless, the absence of an opportunity to distinguish himself in a major war weighed heavily on Gomes and, in 1788, with the permission of the royal court, he set off for the Russo-Turkish war. In the rank of second major in a chasseur regiment of the Ekaterinoslav Army, he took part in the siege of the fortress of Ochakov (today a town in the south of Ukraine).

Early one frosty morning, on December 17, Russian forces fought their way through a snowstorm and began the assault and Freire de Andrade was one of the first to scale the walls of the citadel. By decree of Empress Catherine II, the doughty Portuguese officer was decorated with the military order of the Cross of St. George 4th Class.

One war proved not enough for Gomes and, in 1789, he applied to the Russian command to be sent to the Baltic, where military action against Sweden was already under way. Reverting to his old custom, he easily retrained as a naval officer. 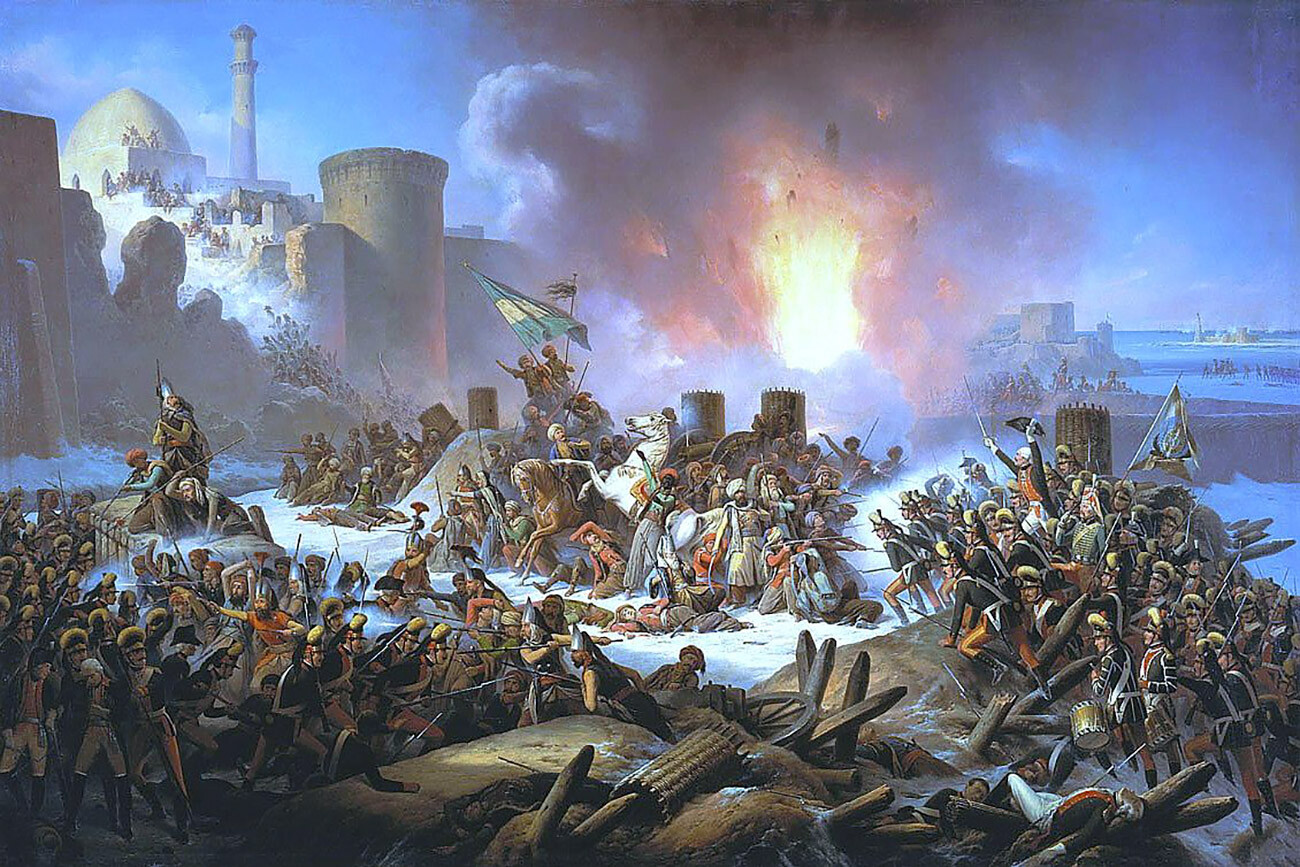 The siege of the fortress of Ochakov.

For his excellent command of a floating battery (a slow-moving ship with powerful artillery guns for besieging coastal fortresses) in the course of the First Battle of Rochensalm (also known as the Battle of Svensksund), which took place on August 24, he was awarded the Gold Sword for Bravery and promoted to colonel. “It is pleasing to hear the praise that not only his superiors, but also his comrades, are voicing regarding the courage, zeal and dynamism of Commander Gomes Freire de Andrade,” the secretary of the Portuguese mission in St. Petersburg, F. X. de Noronha Torrezão, reported to Lisbon.

In 1791, after the wars against the Turks and Swedes were over, Freire de Andrade returned home. Gomes found himself in Russia again in 1812, but, this time, the visit was not a friendly one. As an officer of the Portuguese Legion, he took part in the full-scale incursion into the territory of the Russian Empire by Napoleon’s Grande Armée.

He did not, however, take part in battles against his former comrades-in-arms, as his duties involved acting as military governor of the town of Disna (today Dzisna in northern Belarus). In the winter of that year, he left Russia, together with the meager remnants of the French troops. This time for good.