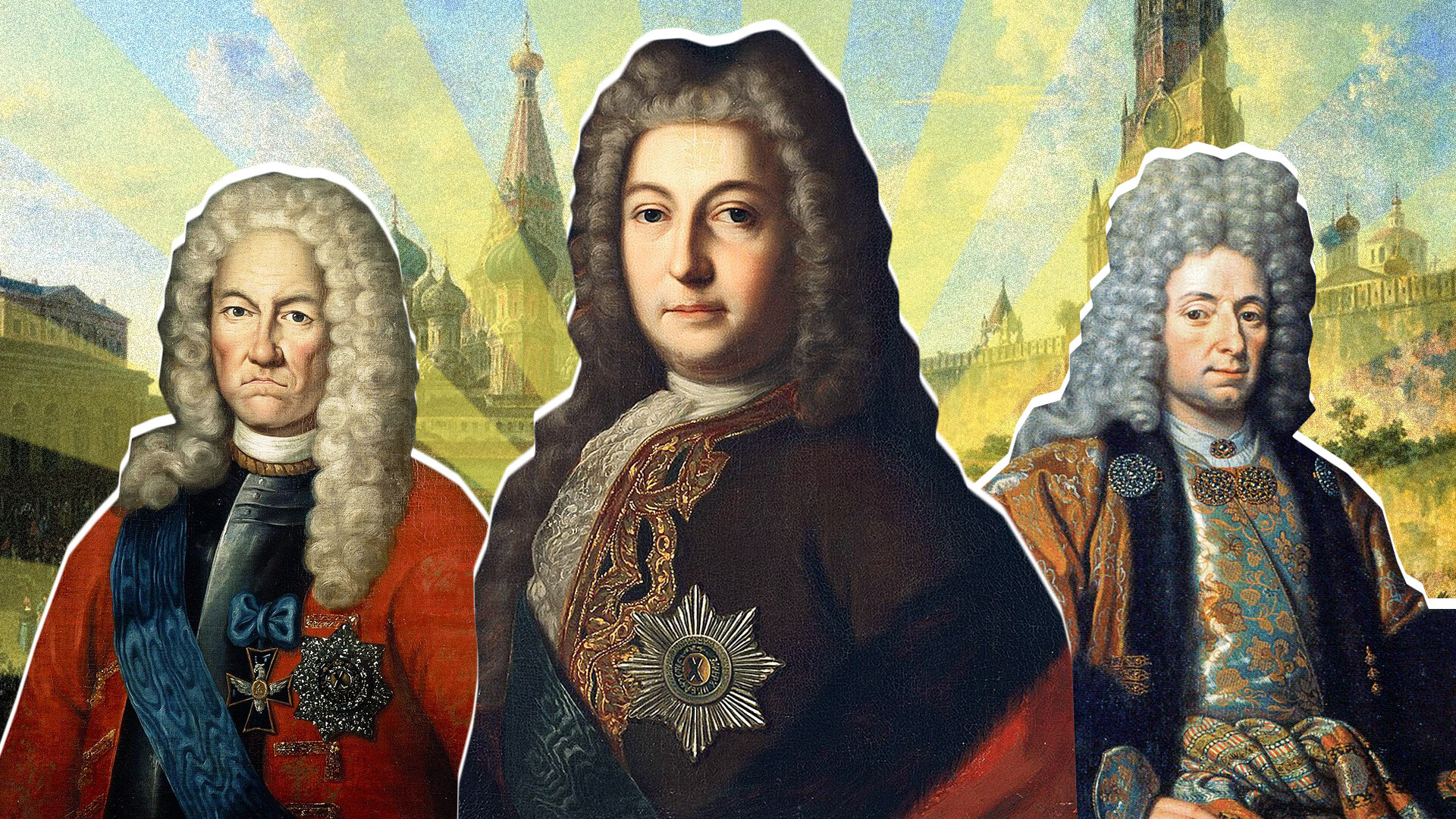 Russia Beyond (Photo: Public Domain; Fyodor Alekseev/State Historical Museum)
At the beginning of the 18th century, Tsar Peter I (Peter the Great) crushed powerful Sweden, making Russia one of the leading European powers. In this, he was also helped by foreign experts and professionals. 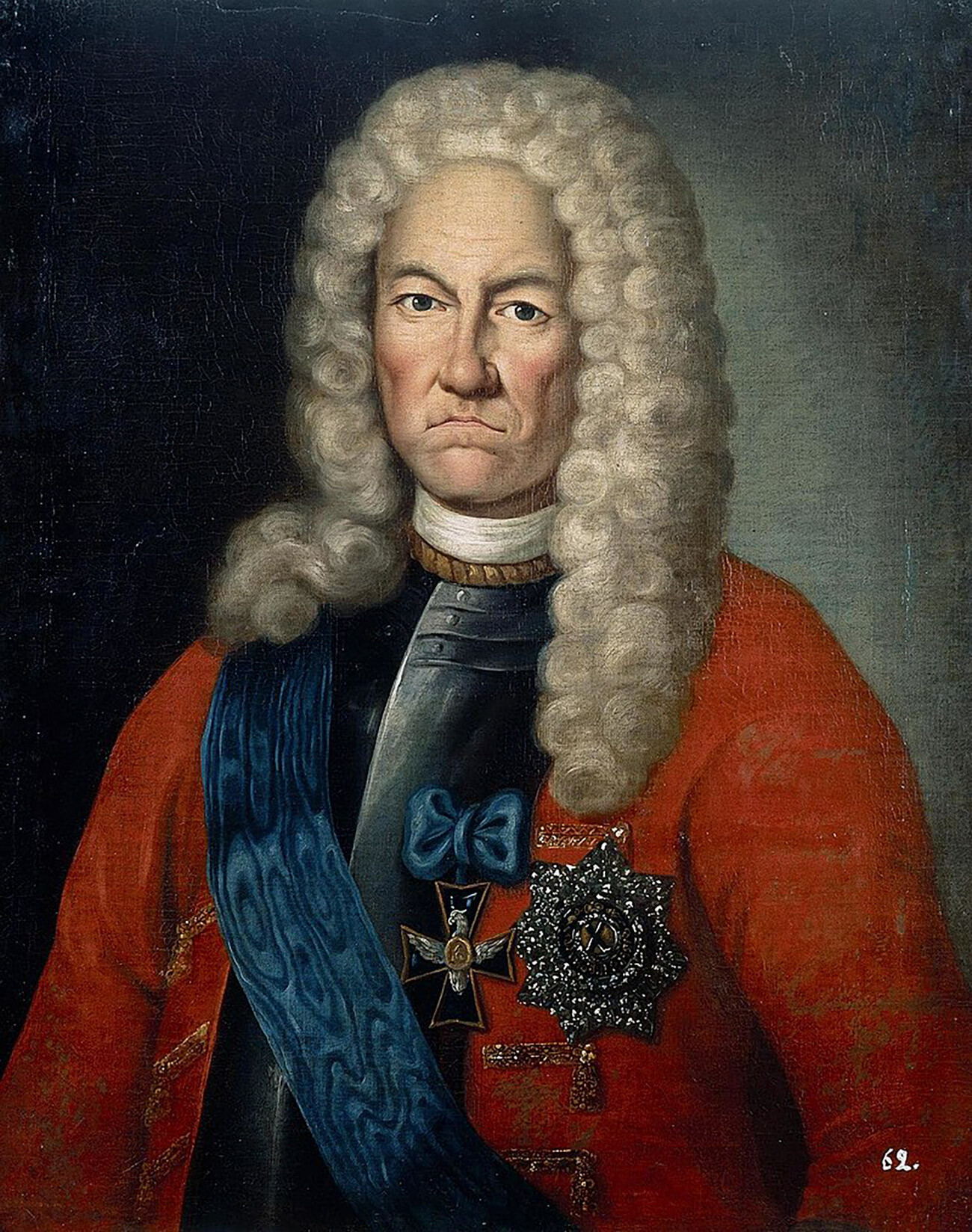 “A most honest and learned man,” Sir Charles Whitworth, British ambassador to Russia, said of James Bruce (known as Yakov Bryus in Russia), one of Tsar Peter the Great’s closest associates. A representative of an ancient Scottish family, which had numbered Scottish kings among its members, Bruce distinguished himself as a mathematician, astronomer, diplomat, engineer and translator and some even regarded him as a practitioner of black magic.

The Scotsman’s main life's work, however, was artillery. Having received command of all the Russian army’s artillery during the 1700-1721 Great Northern War against Sweden, he managed to raise it to a completely different level of quality.

Bruce created new versions of weapons and tirelessly worked on increasing the reliability, power, mobility and firing range of ordnance, which, moreover, began to be manufactured according to uniform standards. Also, he did not neglect to make sure that the artillerymen themselves - who in his eyes were the true elite of the Russian army - were provided with decent allowances and effective training.

The results of the hardworking Scotsman’s efforts were not long in coming. Already in 1702, the siege of the Swedish fort of Noteburg ended successfully, after which Nyenschantz, Derpt and Narva were captured. Effective artillery fire under Bruce’s command was one of the key factors in the victory of the Russian army in the Battle of Poltava in 1709, which essentially determined the further outcome of the entire conflict.

Twelve years later, James Bruce, together with Andrey Ostermann, led the Russian delegation at the talks with the Swedes in the town of Nystad. Under the terms of the peace treaty, Russia received “complete, absolute and eternal possession” of Ingermanland (Ingria), Livonia (central and northern Latvia), Estland (Estonia) and the southeastern part of Finland. In the same year of 1721, the state ruled by Peter I was proclaimed an empire. 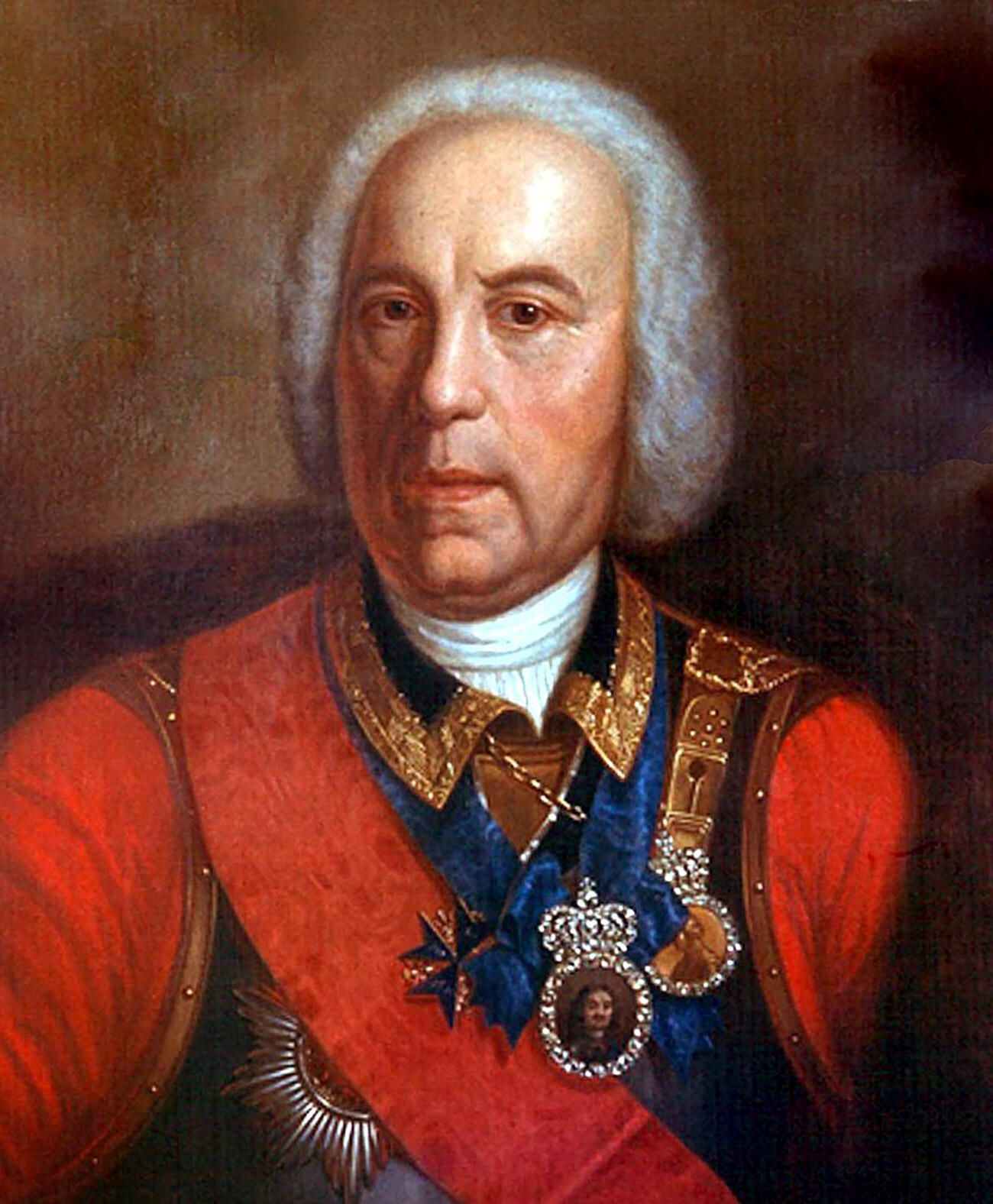 Like James Bruce, German engineer Georg de Gennin, who arrived in Russia in 1697, served the “god of war” - artillery. During the hostilities which shortly began against the Swedes, he taught artillery skills and also personally participated in the capture of Vyborg and several other Swedish forts.

Having discerned outstanding organizational skills in Gennin, Tsar Peter the Great entrusted him with the construction of arms and gunpowder factories in St. Petersburg and in Karelia, where, among other things, the enterprising German founded the first health resort in the country - Marcial Waters.

Pleased with the results of this work, the tsar presented Gennin with a diamond-adorned portrait of himself and sent him to boost the state of industry in the Urals. There, Vilim Ivanovich, as he came to be called in Russia, not only restored and modernized old factories, but, in 12 years, built nine new ones from scratch, while taking part in the founding of major regional centers, such as Perm and Yekaterinburg. 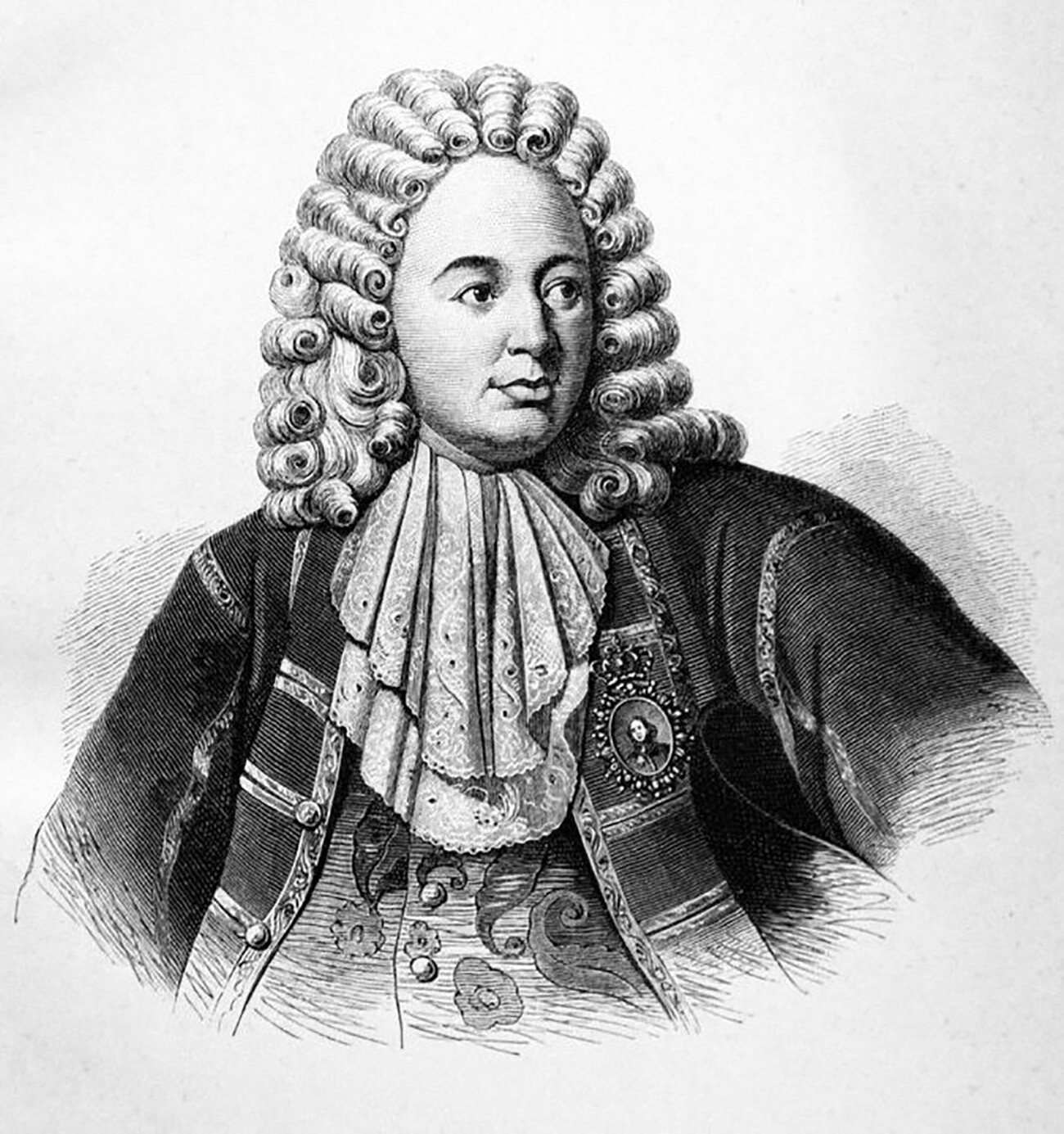 In 1661, when Patrick Gordon entered the service of Peter the Great’s father, Tsar Aleksey Mikhaylovich (Alexis of Russia), he was already an experienced military man. The Scottish “soldier of fortune” had participated in several military campaigns under the Polish and Swedish banners.

During the struggle for power between Tsarevna Sophia and Tsarevich Peter in 1689, Gordon, who commanded the 2nd Moskovskiy (Butyrskiy) Selective Regiment, strongly came out in support of the latter, ensuring a bloodless victory for Peter. After that, the Scotsman enjoyed the unbounded trust of the future Russian Emperor.

Peter dreamed of creating a powerful, fundamentally new army capable of challenging the troops of the leading European powers, an aspiration for which the knowledge and experience of Patrick (Pyotr Ivanovich) Gordon proved invaluable. A fine military specialist, he not only provided advice to the tsar on all military matters, but was also involved in the drilling and training of the Semyonovsky and Preobrazhensky regiments, set up on the Western European model, which at his instigation came to be known as ‘guards regiments’.

Gordon himself led troops into battle in the Azov Campaigns against the Turks in 1695 and 1696, but he was not destined to live to see the crucial encounter in which his protégés were to give such a splendid account of themselves. The 64-year-old “godfather” of the Russian guards units died in 1699 literally on the eve of the start of the Great Northern War against Sweden. 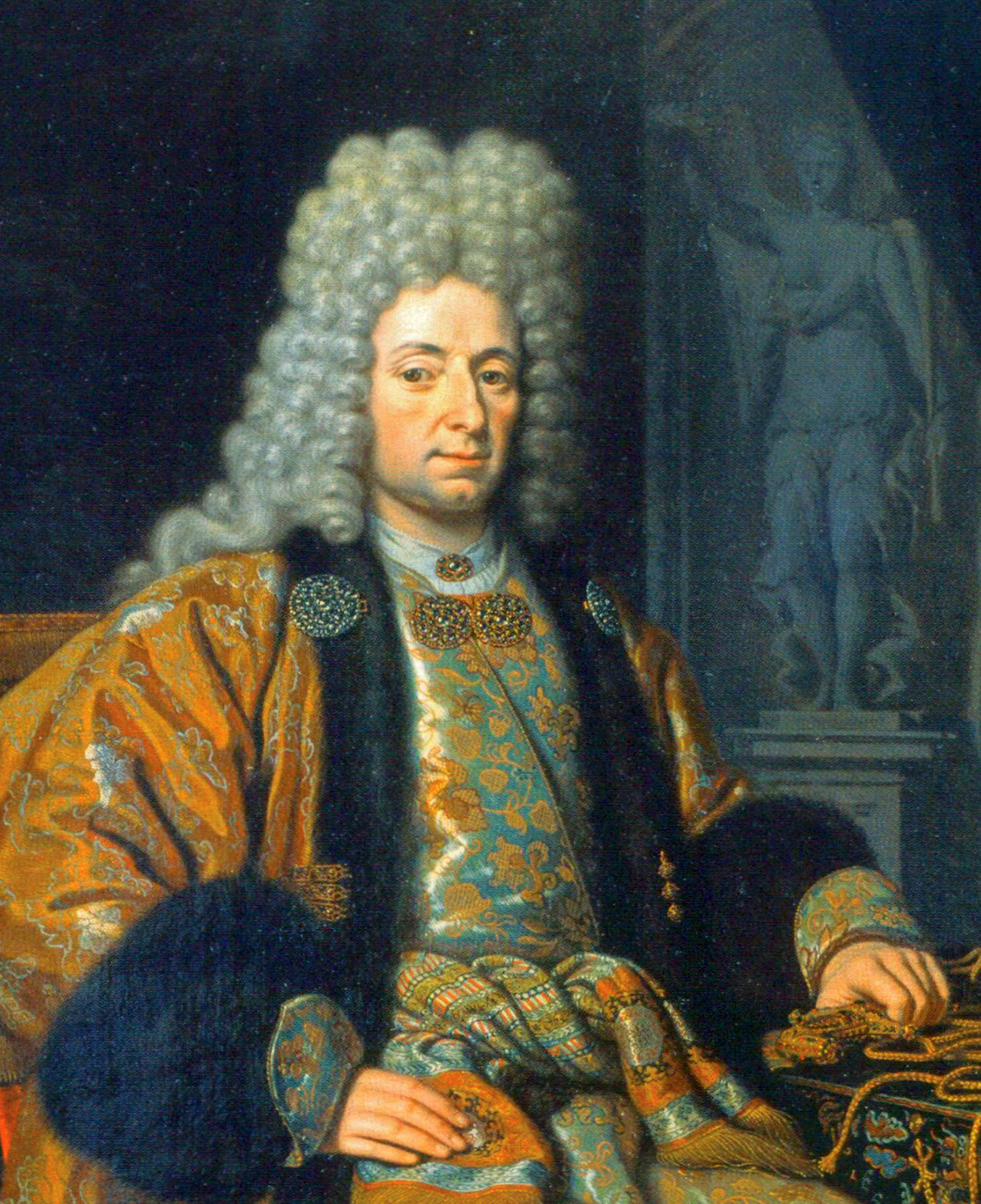 The son of a Geneva merchant, Franz Lefort was one of the closest associates and friends of Tsar Peter the Great. He fully shared the tsar’s belief in the necessity of Europeanizing Russia as rapidly as possible and afforded him active assistance in the process.

Lefort would look for the best military and civil specialists in Europe and entice them into Russian service, telling them that “by the grace of God, we live under a governance that has never been more gracious towards foreigners”. He assisted the birth of the Russian navy and was also one of the originators of the new army established according to European principles. By the will of the tsar, Franz Yakovlevich was accorded the ranks of general and admiral.

Lefort died suddenly in 1699 at the age of only 43, just short of the start of the Great Northern War that would prove so momentous for Russia. “He alone was loyal to me. Whom can I rely on now?!” was how a profoundly saddened Peter received the news of the loss of his friend. Today, the name of the Geneva-born Lefort lives on in the name of one of the oldest districts of the Russian capital. 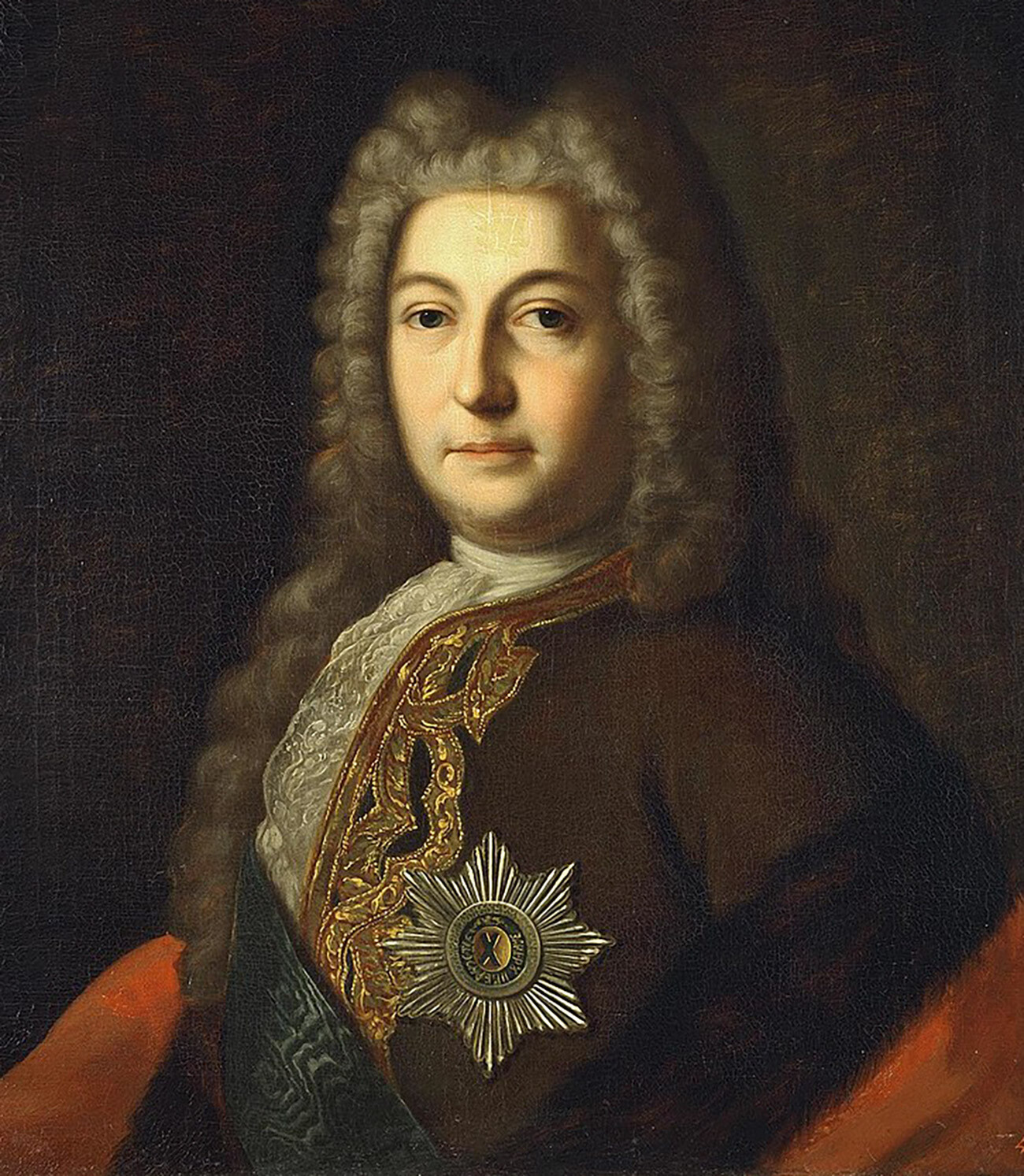 A native of the town of Bochum, Heinrich Johann Friedrich (Andrey Ivanovich) Ostermann was a truly unique individual. He had an impeccable command of German, Dutch, Latin, French and Italian and just as easily learned Russian when, in 1704, he was invited into the service of Tsar Peter.

From an ordinary translator for the Ambassadorial Office [Russian department responsible for foreign affairs - Ed.], Ostermann advanced to become head of the Russian delegation (along with Bruce) in peace talks with the Swedes at Nystad in 1721. Worn out by years of conflict, Peter I was willing to accept far-reaching compromises (in particular, the return of Vyborg that had been captured from the enemy), but, in a display of resoluteness and tenacity, Andrey Ivanovich managed to get a peace treaty signed with Sweden on the most favorable possible terms for Russia.

The much-pleased tsar made Ostermann a baron. The diplomat also delighted Peter in 1723, when he concluded an extremely favorable trade deal with Persia. In addition, Andrey Ivanovich offered advice to the ruler on matters of interior policy.

Following the tsar’s death in 1725, Ostermann continued to shape the foreign policy of the state and also conducted a large-scale reorganization of the navy. The German’s privileged position came to an end with the death, in 1740, of Empress Anna Ioannovna, who had been favorably disposed towards him.

Under the rule of Elizabeth Petrovna (Elizabeth of Russia), Andrey Ivanovich was accused of treason and sentenced to be broken on the wheel. The death sentence was eventually commuted to banishment to the Urals, where Ostermann died in 1747.