The ferocious Scythians were ancestors of the Russians. True or false? 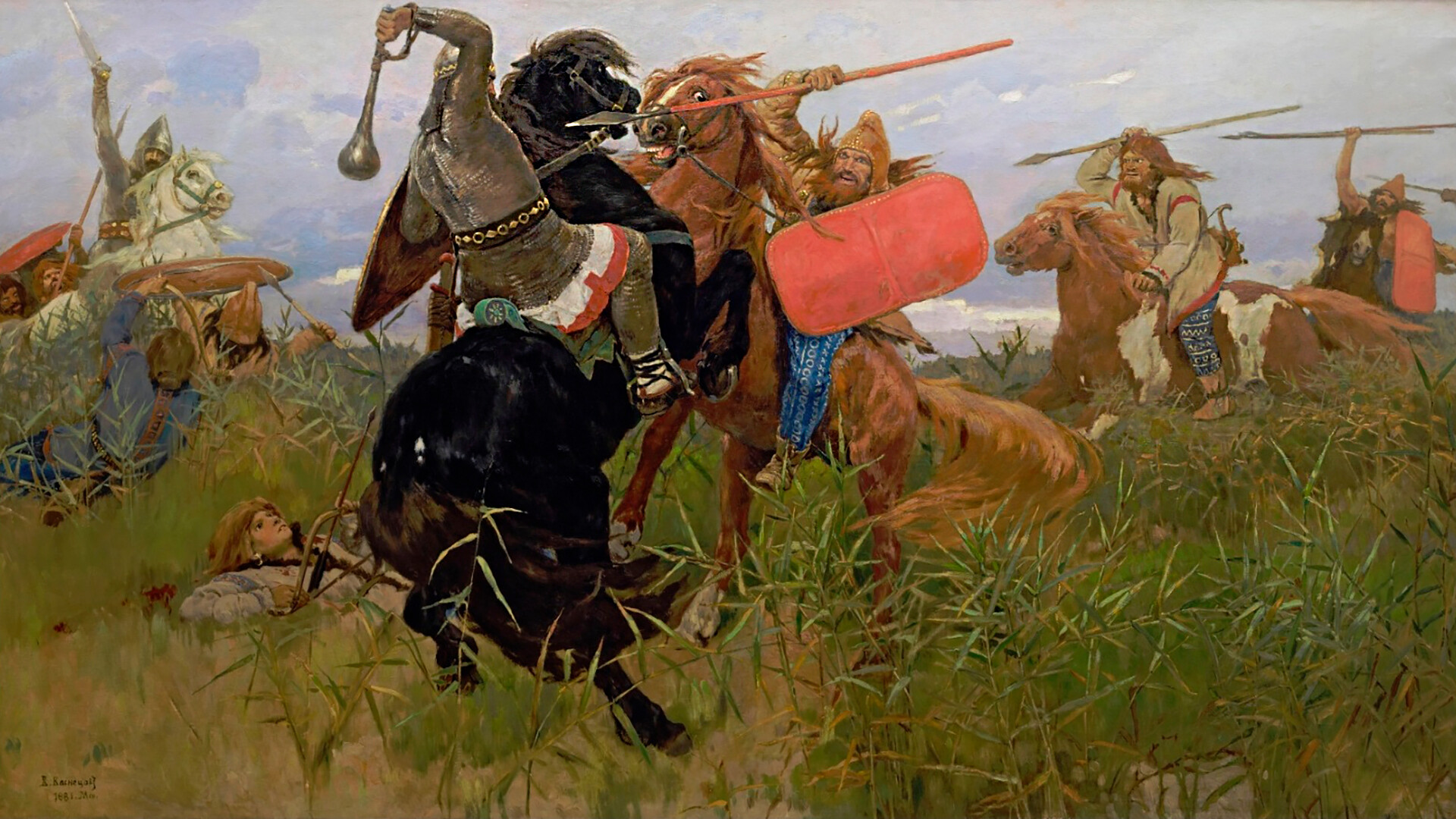 Battle of the Scythians with the Slavs.

Viktor Vasnetsov / The Russian Museum
The fearless nomadic people, who lived many centuries before Christ, were both feared and highly regarded among many peoples of antiquity. A significant part of their enormous state was situated on the territory of present-day Russia.

“As to the Scythians, not only no European nation, but not even any Asian nation, would be able to resist them were they but of one mind,” Ancient Greek historian Thucydides wrote about the nomads who inhabited vast territories from the Altai Mountains to the River Danube from the 8th century to the 3rd century BC. In the course of their military campaigns, the Scythians reached as far as Egypt; and they defeated the renowned Persian King Darius and the commanders of Alexander the Great himself.

The territories of Russia were one of the main areas inhabited by the Scythians - their numerous burial mounds (kurgans) are still found there. It is not surprising, therefore, that the image of the fearsome Scythian warrior, notable for his dauntless courage on the battlefield and for his habit of drinking wine undiluted (a custom that horrified the refined Greeks), has always been extremely popular in Russia. The idea that the Russian people could trace their lineage directly from these warriors of antiquity held sway for a long time. But, how valid is the claim? 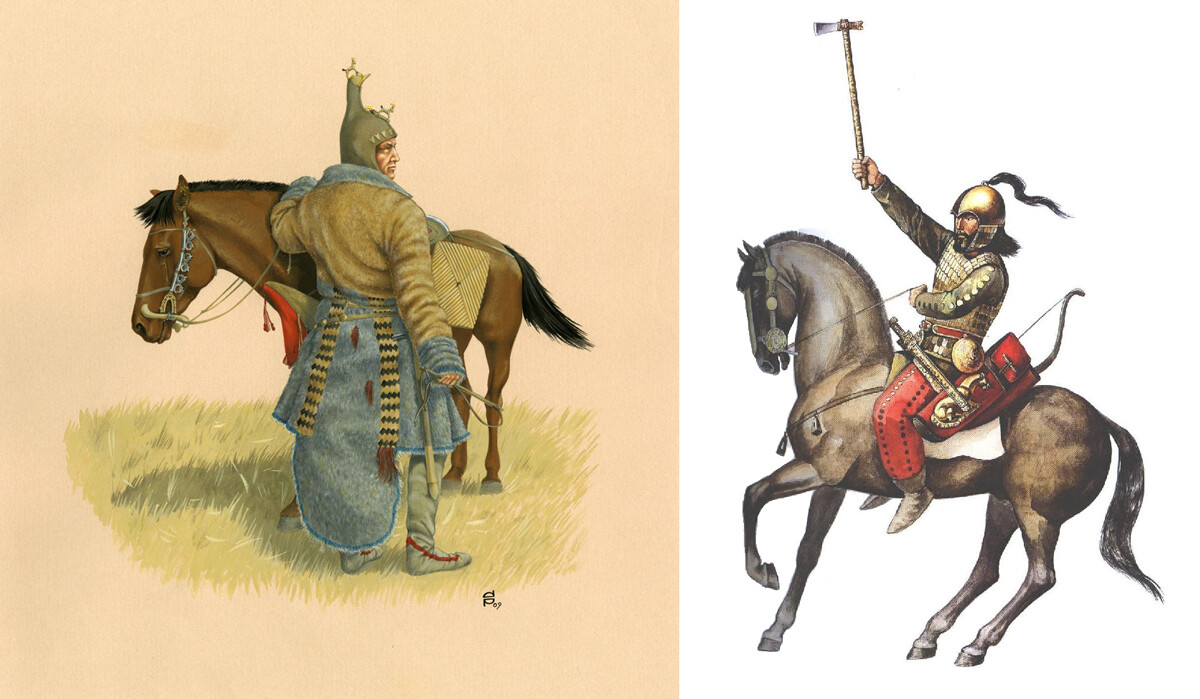 “Yes, we are Scythians! Yes, we are Asians, with slanted and greedy eyes!” famous Russian poet Alexander Blok wrote in 1918. In actual fact, he was not entirely right: The Scythians had nothing in common with the Mongoloid racial group and were typical representatives of the European race. Migrating from Asia westwards in the 7th century BC, they reached the Northern Black Sea Region, forcing out another group of nomads - the Cimmerians.

In pursuit of the Cimmerians, the Scythians crossed the Caucasus Mountains and invaded the Middle East, becoming for a time one of the most powerful military and political forces there. The nomads fought with Assyria (and then formed an alliance with it), defeated Media and went on campaigns against the Kingdom of Urartu (Armenia) and Egypt. In the case of the latter, Pharaoh Psammetichus I managed to pay them off.

The Scythians mainly owed their victories to their heavy cavalry. Considering that the population of Scythia is estimated by researchers at about 300-700 thousand, the nomads could organize an army of 60-150 thousand well-armed horsemen, who had been taught to ride from an early age. 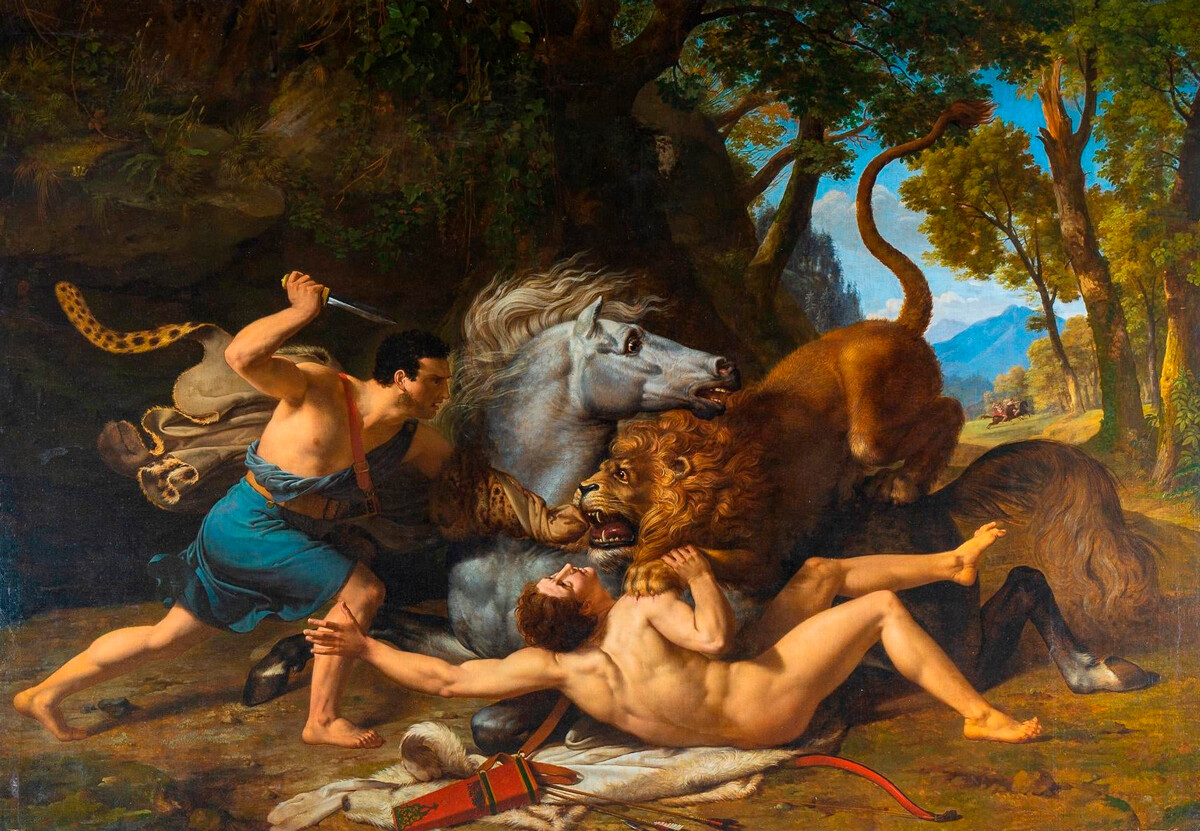 The Heroism of a Scythian.

“For twenty-eight years, the Scythians ruled over Asia and during that time, filled with arrogance and contempt, they laid everything to waste,” wrote the ‘Father of History’, Herodotus: “This was because, in addition to imposing and obtaining tribute from everyone, while traveling around the country they also robbed everyone of everything they possessed.” In 625 BC, the nomads were driven out of the region and they returned for good to the Northern Black Sea coast, which, at the time, was already being actively colonized by the Greeks.

Facts about the political, economic and social organization of the Scythian state are extremely scarce. The nomads did not have their own system of writing and the main sources of information about them are the works of the Ancient Greek writers and also the numerous burial mounds scattered about the southern steppes of Russia and Ukraine.

Scythia was vast and probably consisted of an amalgamation of multiple tribes. It was ruled by kings who exercised limitless despotic power. “The Scythians establish neither cities nor fortifications, and, being mounted archers, they carry their dwellings with them wherever they go; they live not from the plough but from their cattle,” Herodotus noted.

Even after their departure from the Middle East, the nomads managed to inscribe their names in the history books a few more times by means of resounding military victories. In 512 BC, they inflicted a defeat on King Darius I of Persia, who had invaded the Northern Black Sea Region, by luring his vast army deep into their lands. In 331 BC, Alexander the Great’s commander, Zopyrion, perished at the hands of the Scythians along with 30,000 of his soldiers.

The Scythian state came to an end in the years 280-260 BC under the onslaught of the nomadic Sarmatians. Extensive territories were lost and the Scythians only held on to the Lower Dnieper Basin and a part of Crimea, where the survivors adopted a settled way of life. The Scythians were conclusively erased from the political map of the world in the course of the Great Migration Period in the 4th century AD.

Are the Russians Scythians?

The actual concept of “Scythians” did not fall into oblivion with the disappearance of the once-mighty nomads. In the Byzantine Empire, the name started to be given to all the northern barbarians and, primarily, the Slavs who, every now and again, mounted military expeditions against Constantinople. 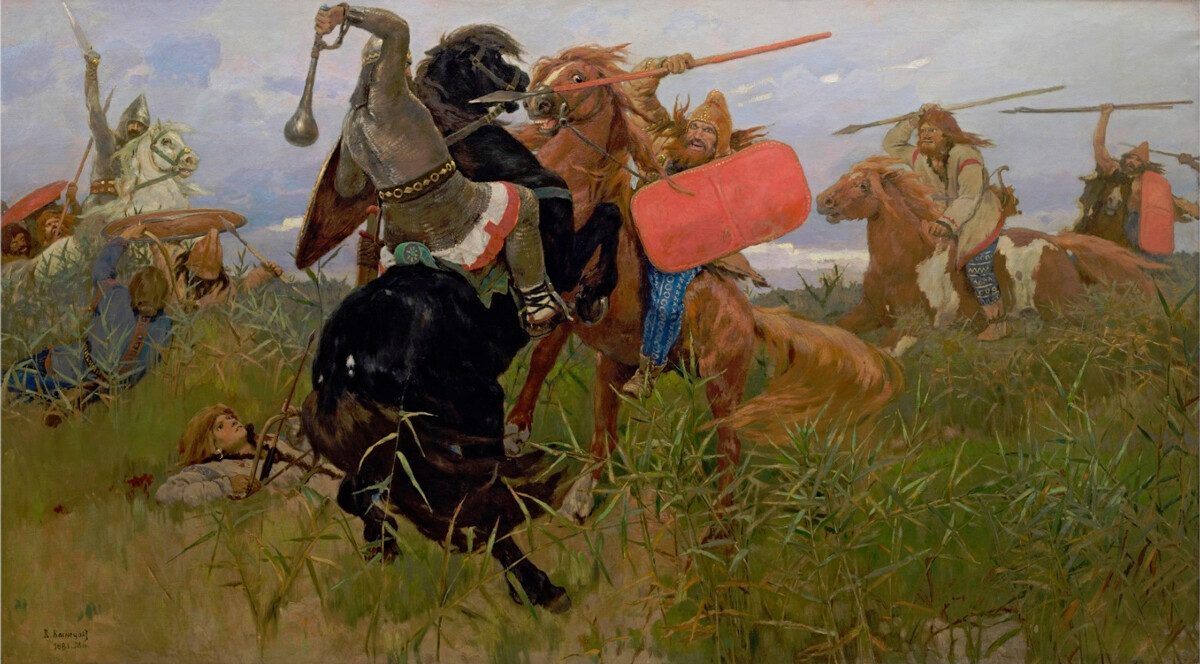 Battle of the Scythians with the Slavs.

In Russia, the notion of a continuity between Scythians and Slavs was extremely popular starting in the 17th century. Direct references to it occur in historian Andrey Lyzlov’s ‘History of the Scythians’ of 1692 and Empress Catherine the Great also touched on it in her book ‘Notes Concerning Russian History’.

The subject of the Scythians was very popular in Russian culture at the start of the 20th century. For instance, a 1916 poem by famous poet Valery Bryusov contains the following lines: “About us, in the olden days, Hellenic myths were whispered with involuntary trembling: a people enamored of unruliness and of war. The sons of Heracles and Echidna, the Scythians are we.”

In modern scholarship, however, the degree to which the remnants of the once-mighty Scythian civilization (the so-called “settled Ploughmen-Scythians”) contributed to the ethnogenesis of the eastern Slavic tribes remains a matter of debate. As things stand today, the hypothesis that the Scythians were the direct ancestors of the Slavs finds confirmation neither in the archeological nor anthropological nor genetic nor linguistic evidence.