7 most famous animals in Russian history 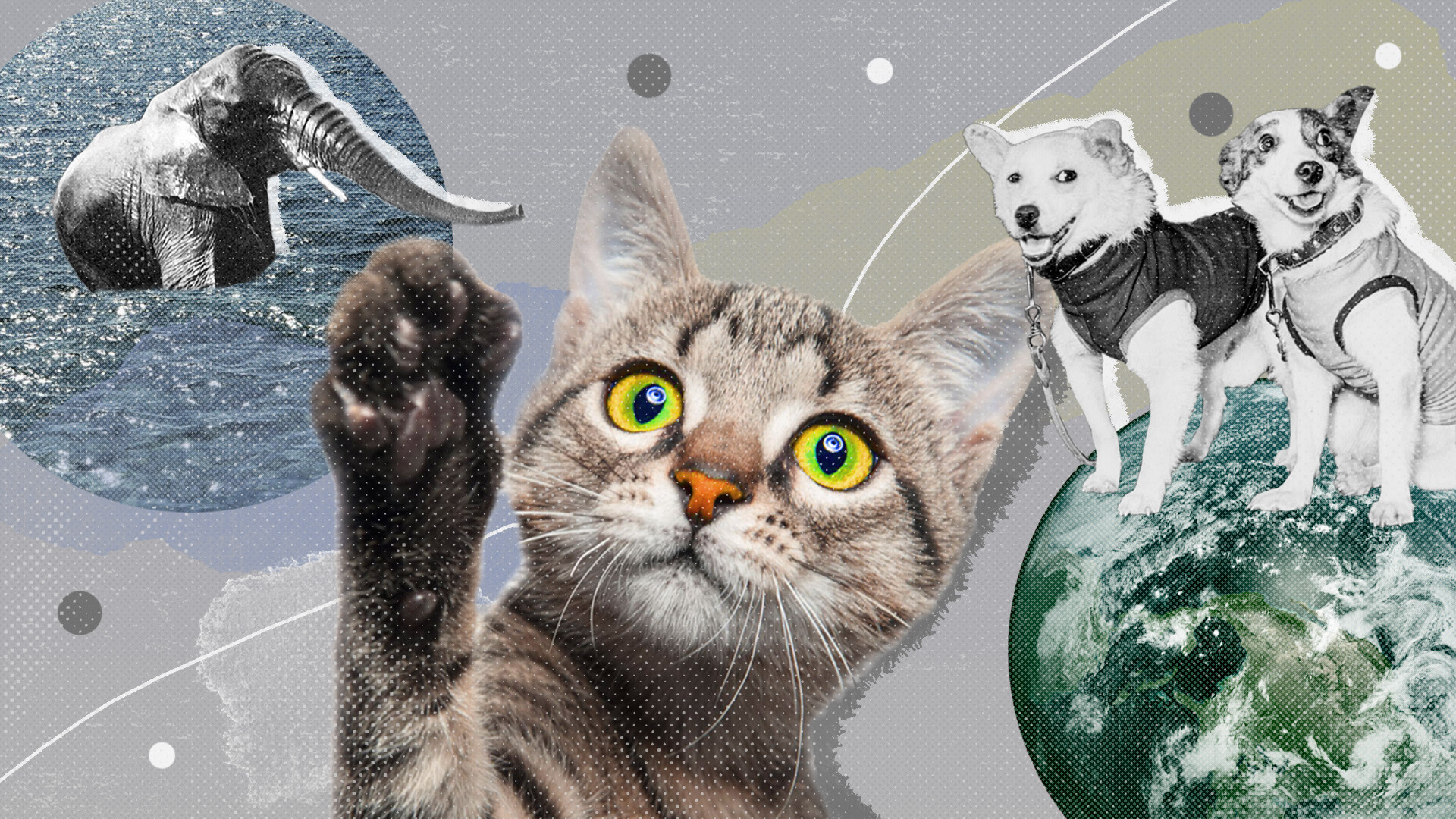 Kira Lisitskaya (Photo: Fine Art Images/Getty Images; Tsarskoye Selo Museum; Pixabay)
We frequently tell stories about the variety of historical persons… but how about animals that played their crucial roles? 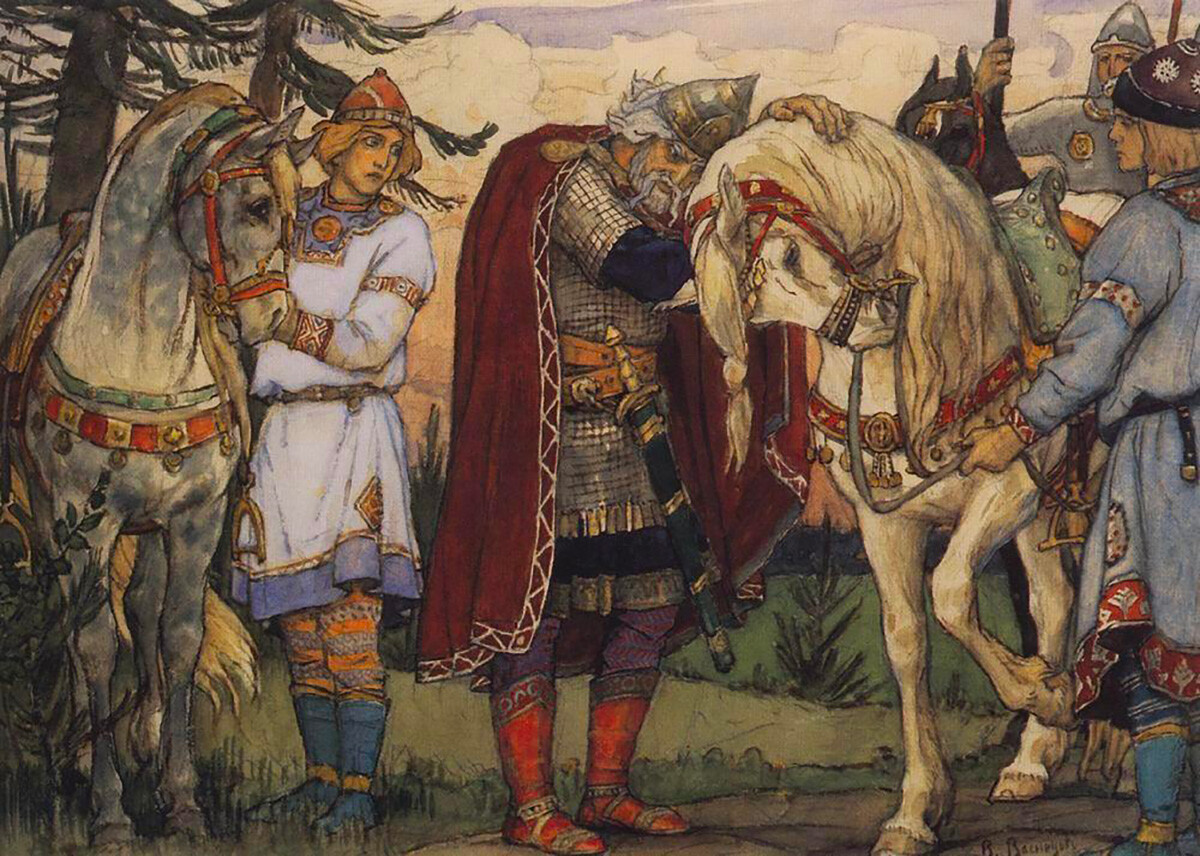 Oleg's farewell to his horse. Illustration to "The Song about the Prophetic Oleg" by Alexander Pushkin

In the late 9th - early 10th century, this prince was ruling Novgorod and the then Kievan lands of Old Rus’ (His image is depicted in the Vikings Season 6 played by Russian actor Danila Kozlovsky). He was considered to be a wise man and got the nickname the ‘Prophet’, as he was believed to predict the future. But the only thing he couldn’t predict was his own death.

According to the legend, the prince was foretold that he would die from his favorite horse. Oleg ordered the horse to be exiled far away. In several years, the horse died and Oleg only laughed at the fortune tellers. He decided to visit the horse’s ‘grave’. And once he came up to its bones, a poisonous snake slithered out of the horse’s skull and fatally bit Oleg.

2. Pigeons and sparrows of Princess Olga 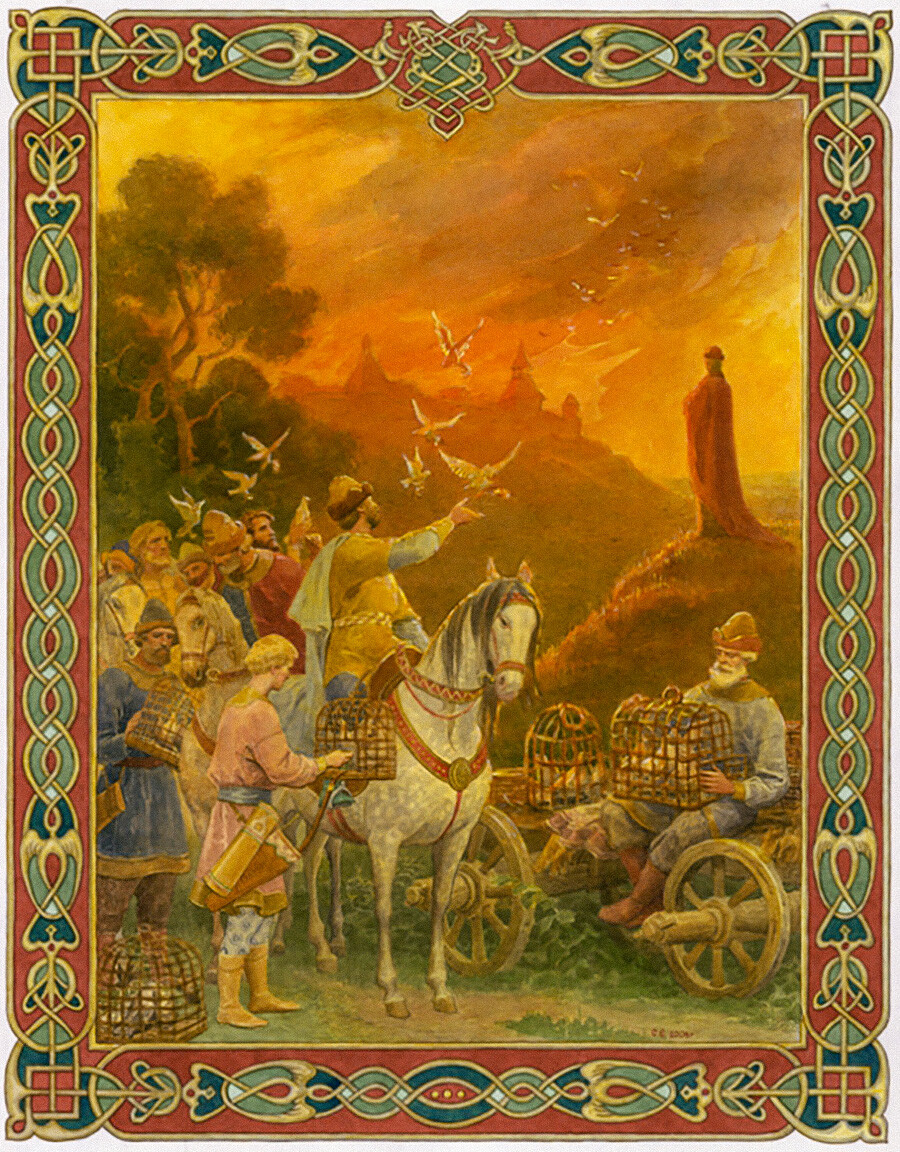 Another epic story that ‘Primary Chronicle’ tells us about the ancient Russian rulers. Once, 10th century Prince Igor was killed while grabbing taxes from Slavic tribes, so his wife Olga decided to take revenge. She came to the tribe and besieged their main city. With no success in taking it, Olga got a little tricky.

She promised that she would leave with her army once the tribe gave her a small tax or, rather, a gift - three sparrows and three pigeons from each house. Once the birds were at her disposal, she ordered a flammable material to be tied to their legs. At night, she set the birds free and all of them returned to their wooden houses with thatched roofs… making the whole city go up in flames at once. 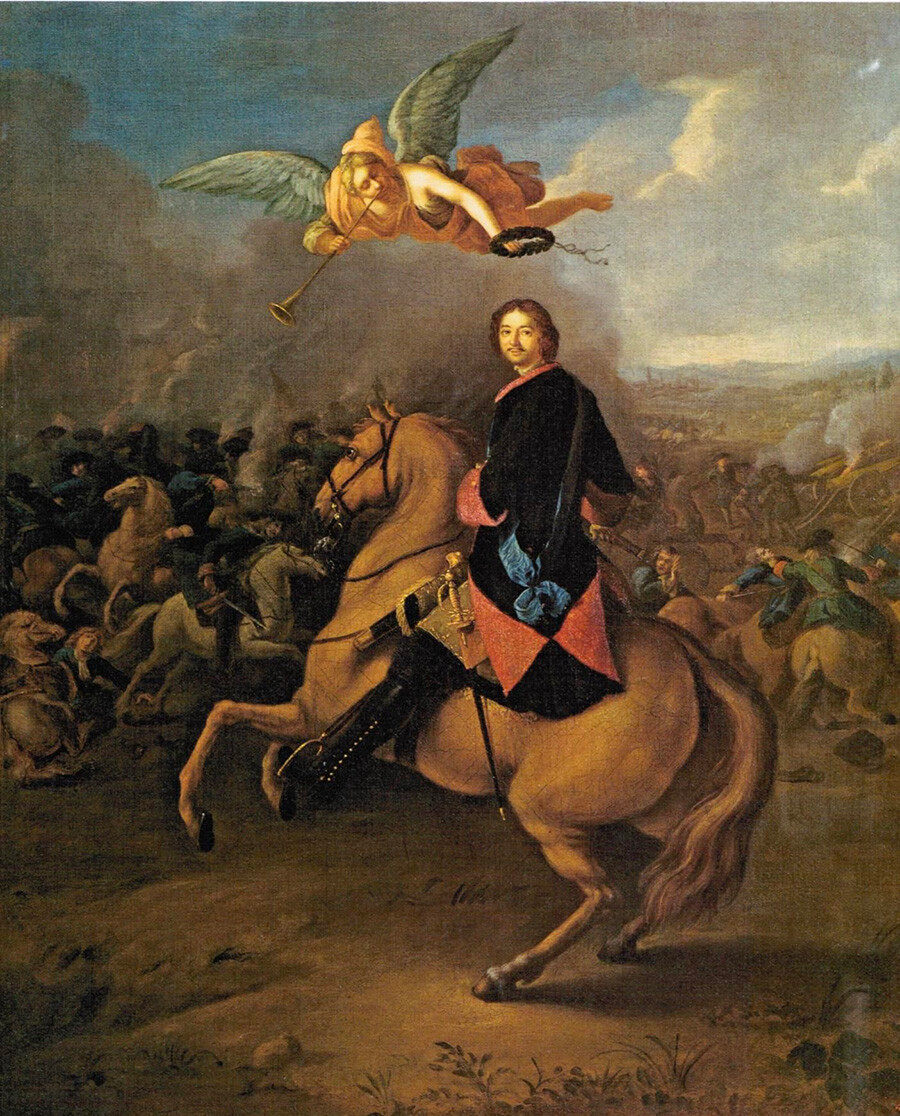 Peter the Great at the Battle of Poltava Johann Tannauer

Unlike the horse who killed Prince Oleg, Lisetta the Horse saved the life of her owner. Peter the Great was riding her during the Battle of Poltava within the Northern War between Russia and Sweden. When the Swedes began firing on Peter, Lisetta pivoted to the side. The bullets only managed to hit the saddle and the emperor’s hat. 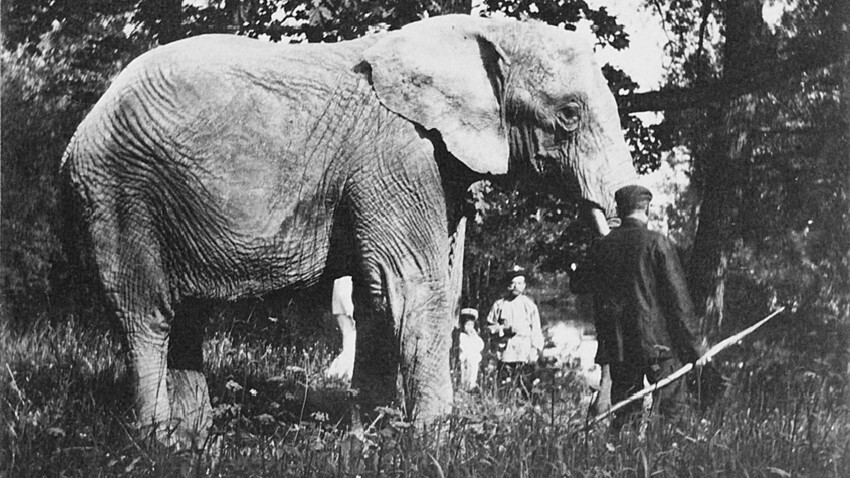 Russian tsars from Ivan the Terrible to Peter the Great and many others owned elephants… simply for entertainment. Nicholas II, known for his love of animals, had several! He brought his first ever elephant from his Asian trip in 1891 and then was gifted with another one from Africa. The latter lived a long and comfortable life in Tsarskoye Selo. The Emperor loved to see the elephant swim in a local pond and often brought all his children to watch. The elephant was killed during the 1917 Revolution, just because Bolsheviks considered it to be a symbol of the royal and luxury life. 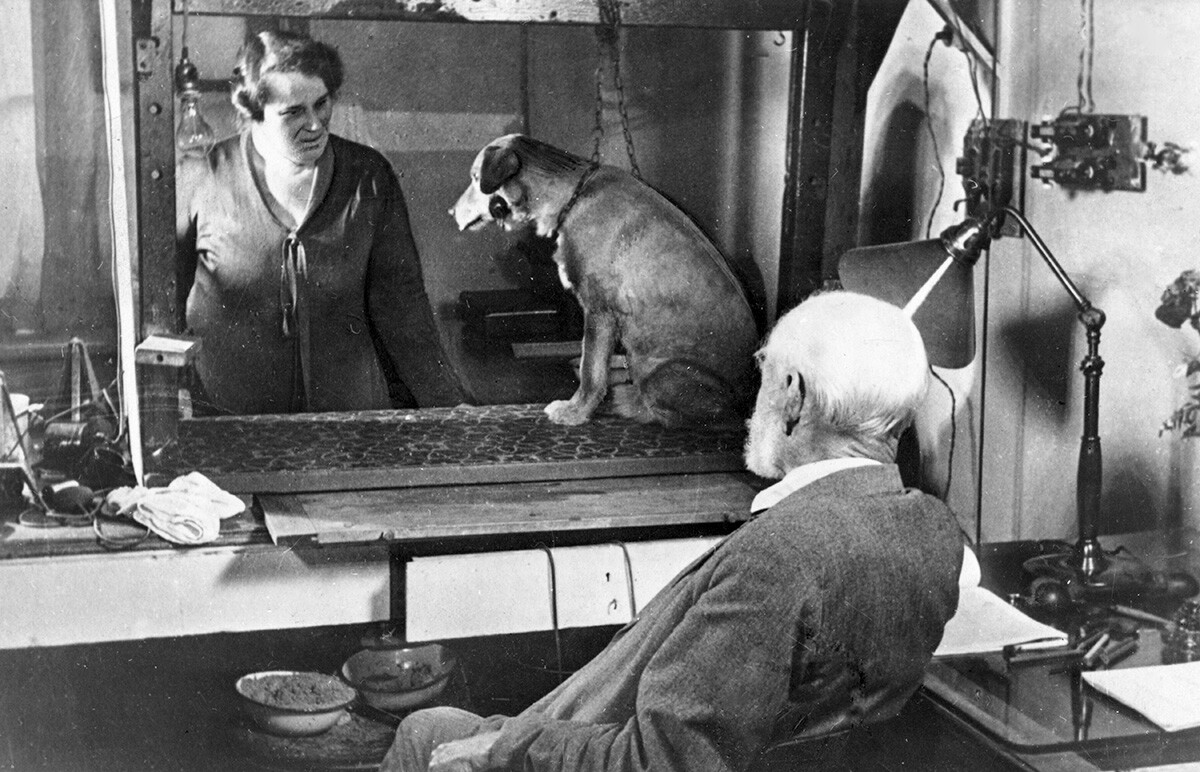 Ivan Pavlov watching an experiment with a dog, 1934

Famous Russian scientist and Nobel Prize winner Ivan Pavlov had several dogs to do his experiments with. But, don’t worry, they didn’t all suffer and many died a natural death. Thanks to these dogs, Pavlov examined the reflexes and divided them into conditioned and unconditioned ones.

Each time before feeding a dog, Pavlov turned on the light bulb. After a while, he turned the light on, but didn’t give any food. However, it turned out that the dog was salivating anyway. 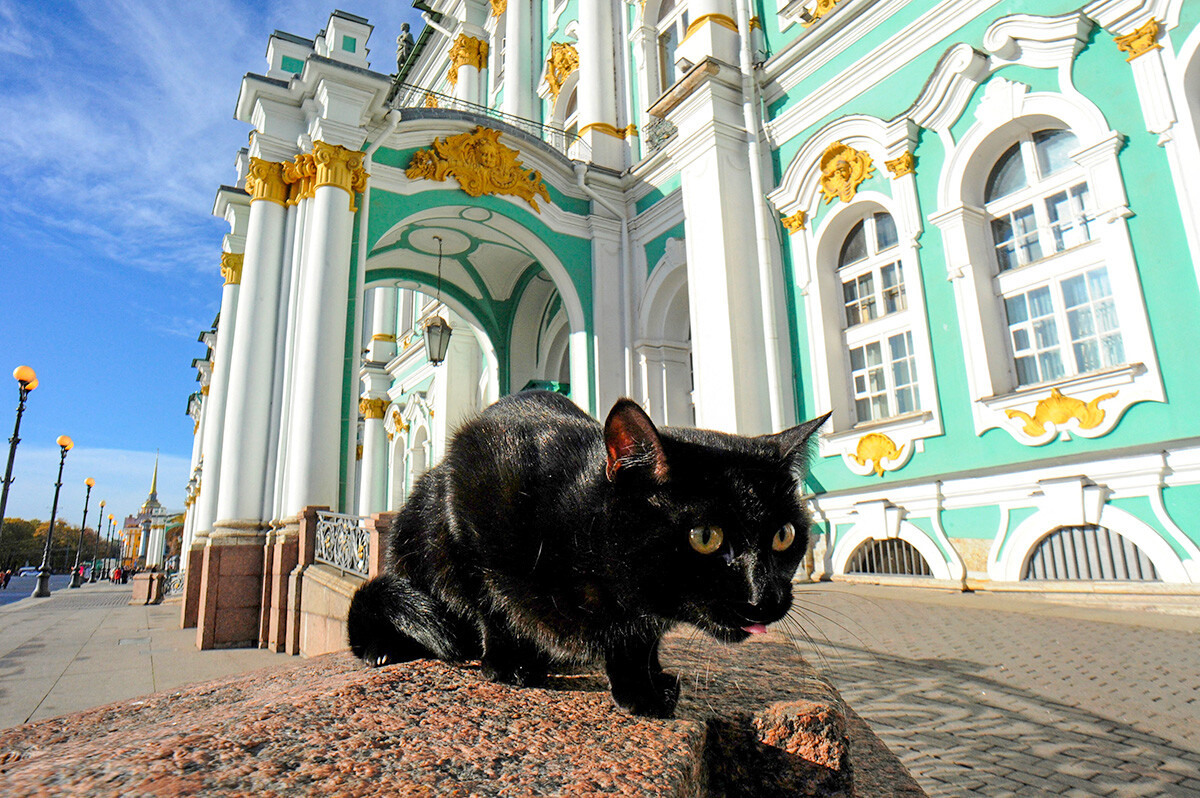 A cat walks in front of the State Hermitage Museum in St. Petersburg

These fluffy cats still inhabit the Hermitage museum in St. Petersburg and they are its symbol and a nice extra feature. They are even celebrated on Hermitage Cat Day, when all eyes are on them.

Of course, they don’t walk along the gallery’s halls, but, rather, live in the basements, successfully hunting mice and rats since 1745! Empress Elizabeth once ordered “37 large and fearsome cats” to fight rodents in the basement of her Winter Palace (where now the Hermitage is housed), because no chemicals could do the job the cats did.

During the siege of Leningrad and big hunger, there were no cats left in the city and rats flooded it, bringing danger, not only to the Hermitage, but to all citizens, as rats can carry lots of serious diseases. Sо, afterwards, five thousand cats were gathered and donated from Siberia to Leningrad. The descendants of these cats still live in the Hermitage. 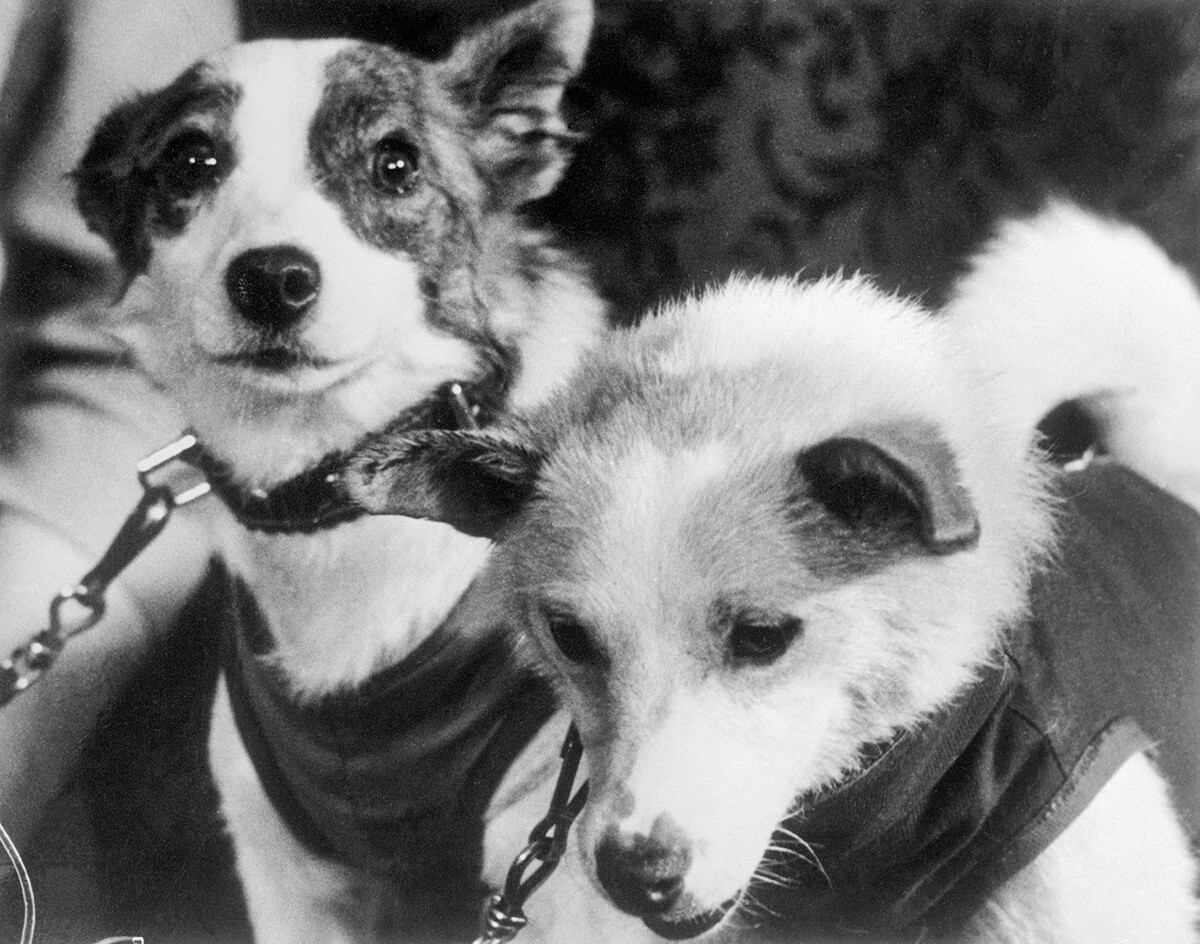 Before Yury Gagarin became the first man in space after his tremendous flight on April 12, 1961, there were several brave dogs who tested the ability of a living creature to actually fly in a rocket and to find oneself in zero gravity. Unfortunately, not all of them returned to Earth alive, sacrificed for the big progress of science.

However, dogs Belka and Strelka became the first animals to commit a successful space flight. On the Sputnik 5 spaceship, they spent 25 hours in space and made 17 rotations around the Earth before coming back. By the way, when they were casting, they were also chosen because they looked cute - and the whole world adored them then. Jacqulene Kennedy even asked for one of Strelka’s puppies, which she named Pushinka and lived in the White House.