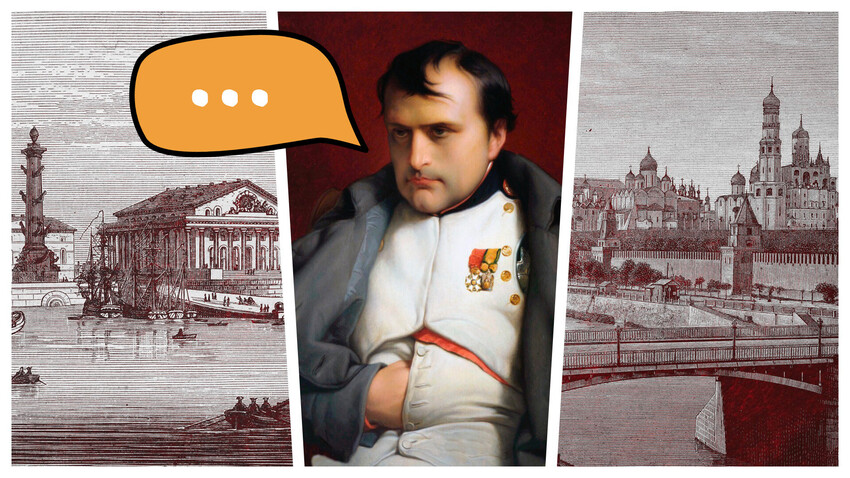 Russia Beyond (Photo: Bildagentur-online, Universal History Archive/Getty Images)
Had Bonaparte shown less chivalry and more cunning during his 1812 Russian campaign, the war might have had a different outcome. It is possible, however, that Russia was saved not only by Kutuzov and Barclay de Tolly, but by the now almost forgotten General Peter Wittgenstein.

On July 22, 1812, St. Petersburg, the then capital of Russia, welcomed Emperor Alexander I, who had arrived from the front lines. Two days before, the city had been illuminated and the Kazan Cathedral in the city center was a strange sight. In and around the cathedral there were crowds of people waiting for his arrival. Some had slept there for the second or third night in a row – the Emperor was expected on July 20; but, as it turned out, he was delayed in Tver after spending a couple of days with his beloved sister, Catherine Pavlovna, there. 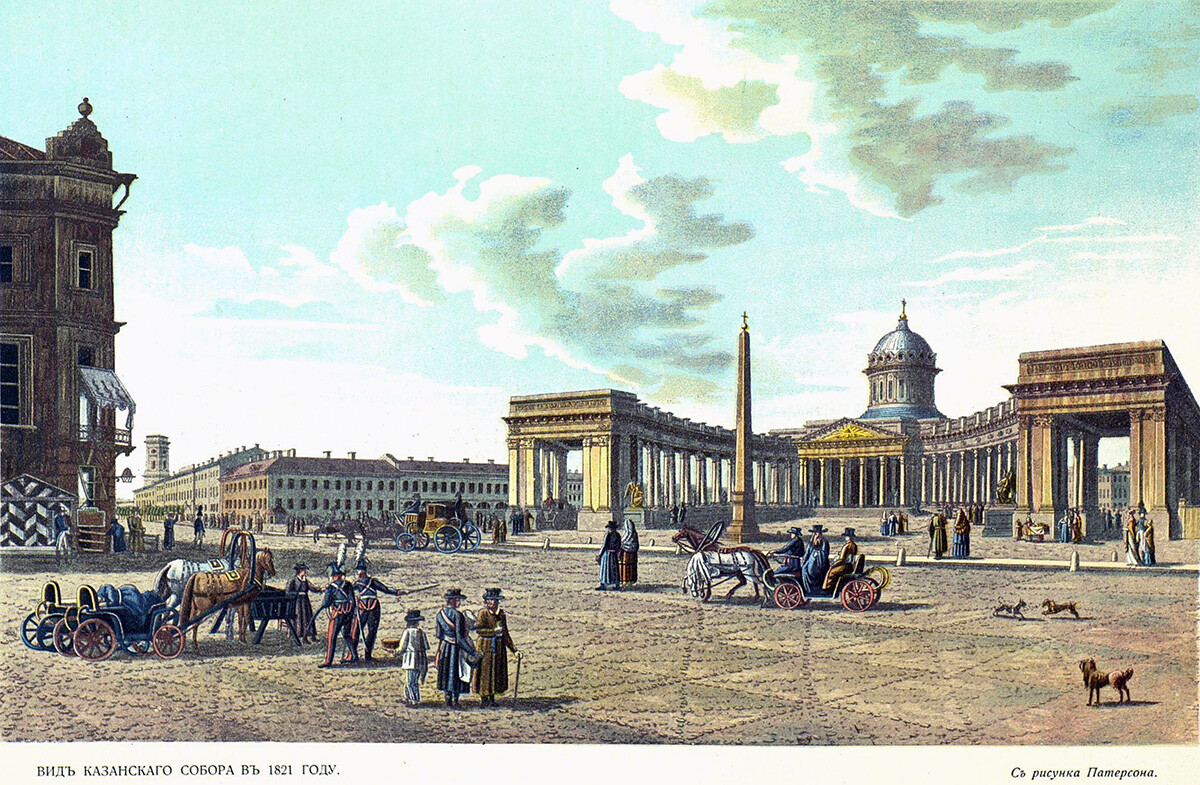 The Kazan Cathedral in St. Petersburg, by Benjamin Patersen (Paterson), between 1811 and 1815.

Not everyone in the capital knew that on July 20, St. Petersburg was actually saved from a siege. On that day, in the Battle of Klyastitsy, Russians commanded by General Peter Wittgenstein defeated the superior forces of Marshal Oudinot and stopped the French advance on St. Petersburg. 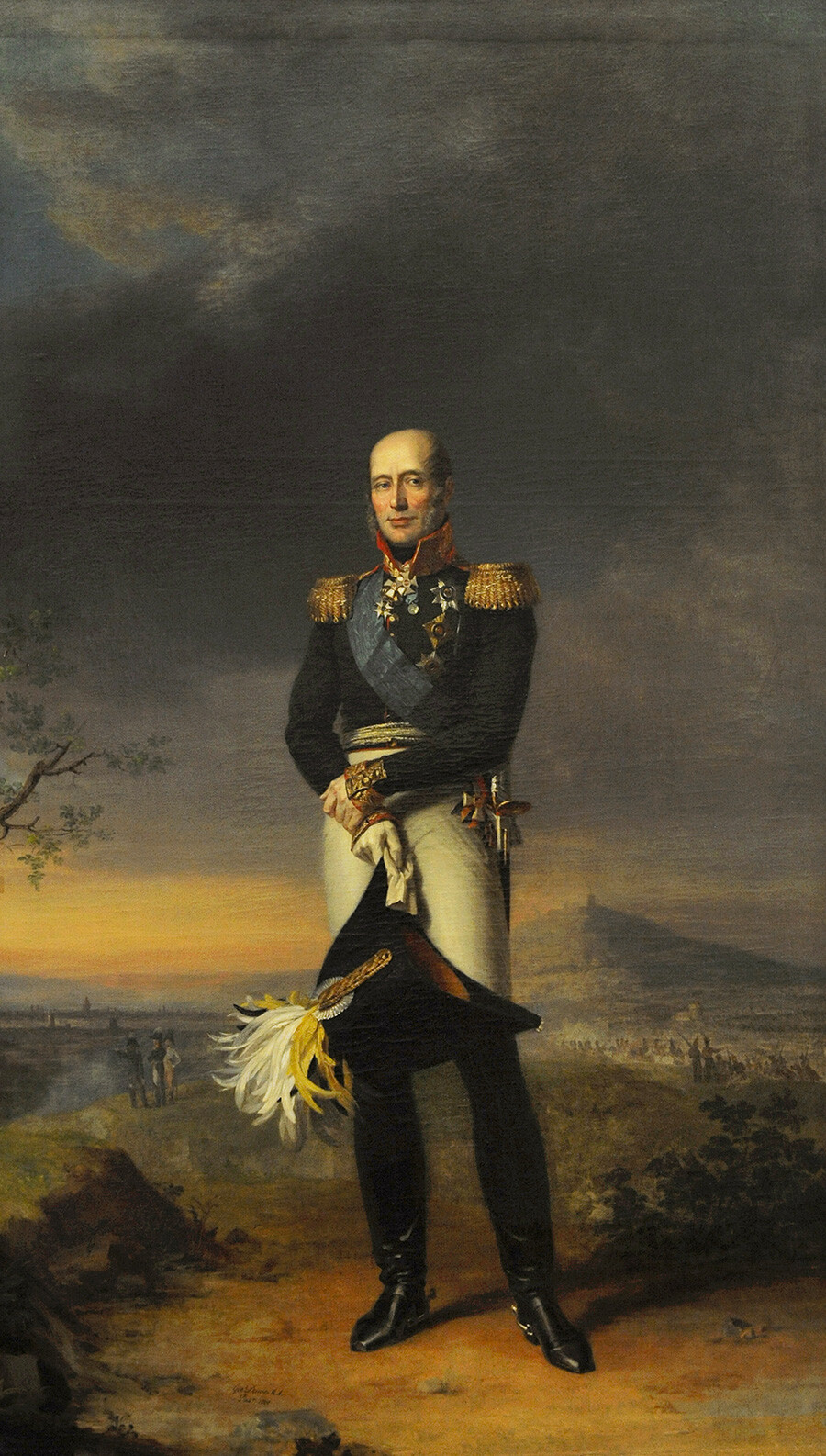 The beginning of the Great Patriotic War of 1812 on June 12, 1812, caught Alexander I in Vilnius. The Emperor immediately went to the front lines – however, his arrival only caused more confusion. Alexander did not declare Barclay de Tolly the Commander-in-Chief (as he was supposed to) and, thus, effectively took command himself as the highest-ranked military official of the Empire. However, we cannot say that the Emperor was an outstanding military commander. He only approved of the defensive plans; otherwise, the presence of the Emperor and his posh retinue only restrained and confused other military leaders. Eventually, the Emperor’s counselors managed to persuade him to leave, first to Moscow and then to St. Petersburg.

Alexander left the army on July 7 and, in the meantime, the 2nd Corps of the Great Army under Marshal Nicolas Charles Oudinot was already moving through the territory of modern Belarus towards St. Petersburg. What was Napoleon doing at that same time? He, following his usual tactic of lightning-speed onslaught, was looking for a general battle with the Russian army. 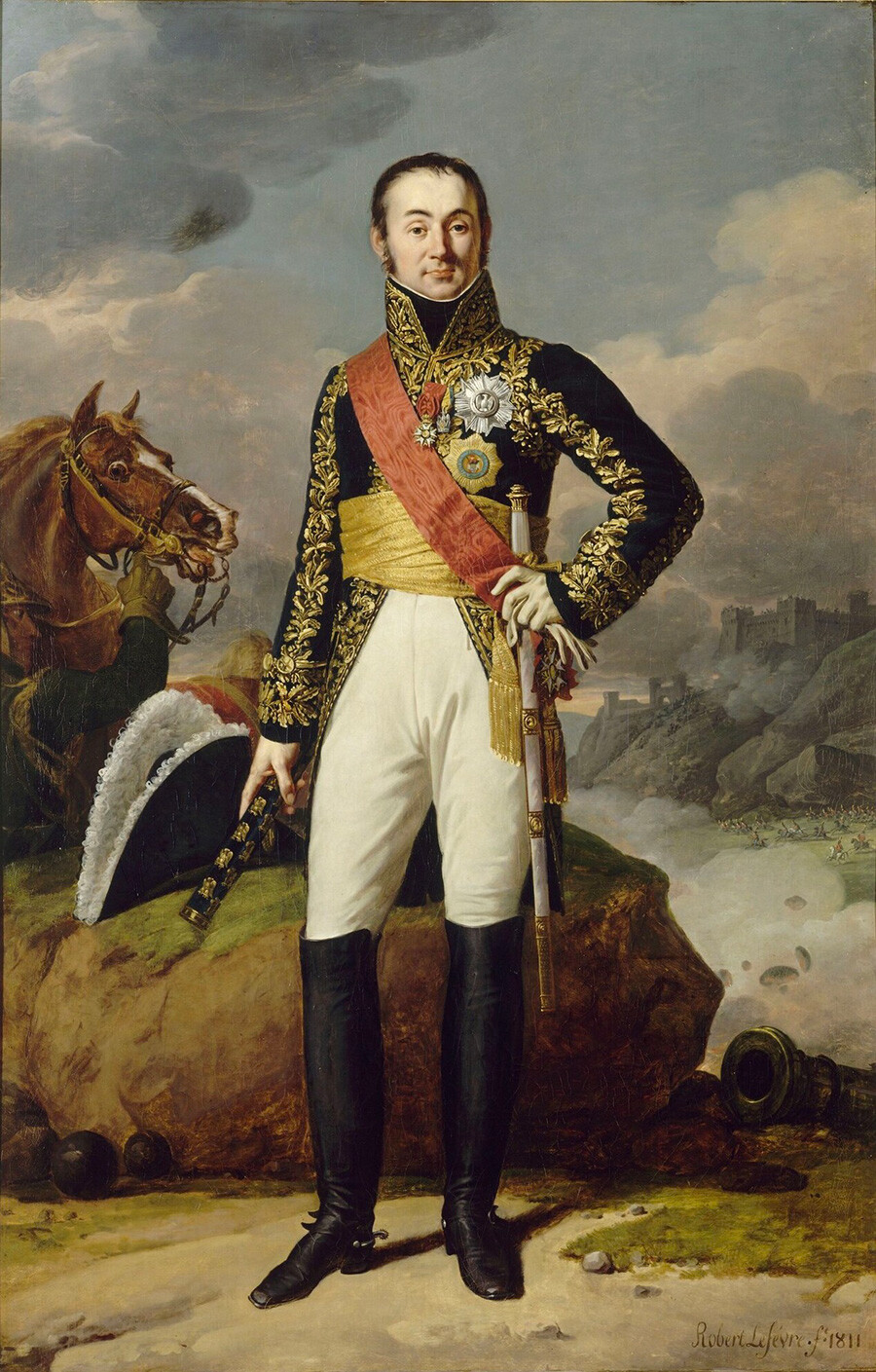 Contrary to the popular historical myth, Napoleon never said the phrase: “If I take Kiev, I will grab Russia by the legs, if I take St. Petersburg, I will take Russia by the head, taking Moscow I will hit Russia in the heart.” The experienced commander understood that the farther into Russia he went, the lower his chances of victory would be.

READ MORE: How Russian partisans terrified the French army in 1812

However, seasoned military strategist Michael Barclay de Tolly, understanding Napoleon’s desire to defeat Russians as early as possible, deliberately dragged the French army deep into Russia. Back in 1810, Barclay submitted a note to Alexander “On the protection of Russia’s Western borders”, in which he suggested avoiding a decisive battle. Instead of this, Barlcay suggested retreat and weakening the enemy by the actions of small military formations and guerilla war.

This plan was indeed adopted when the invasion actually happened. The movement of the Great Army through the Russian lands was fundamentally different from Napoleon’s European campaigns. There, a fierce guerrilla war was underway: peasants were ruthlessly destroying any straggling or straying French military units, attacking and robbing wagon trains, disrupting the French supply routes and so on. But Bonaparte still hoped that the general battle would be given to him at the siege of the “Key to Moscow” – Smolensk, at that time, the most impregnable fortress in Europe. 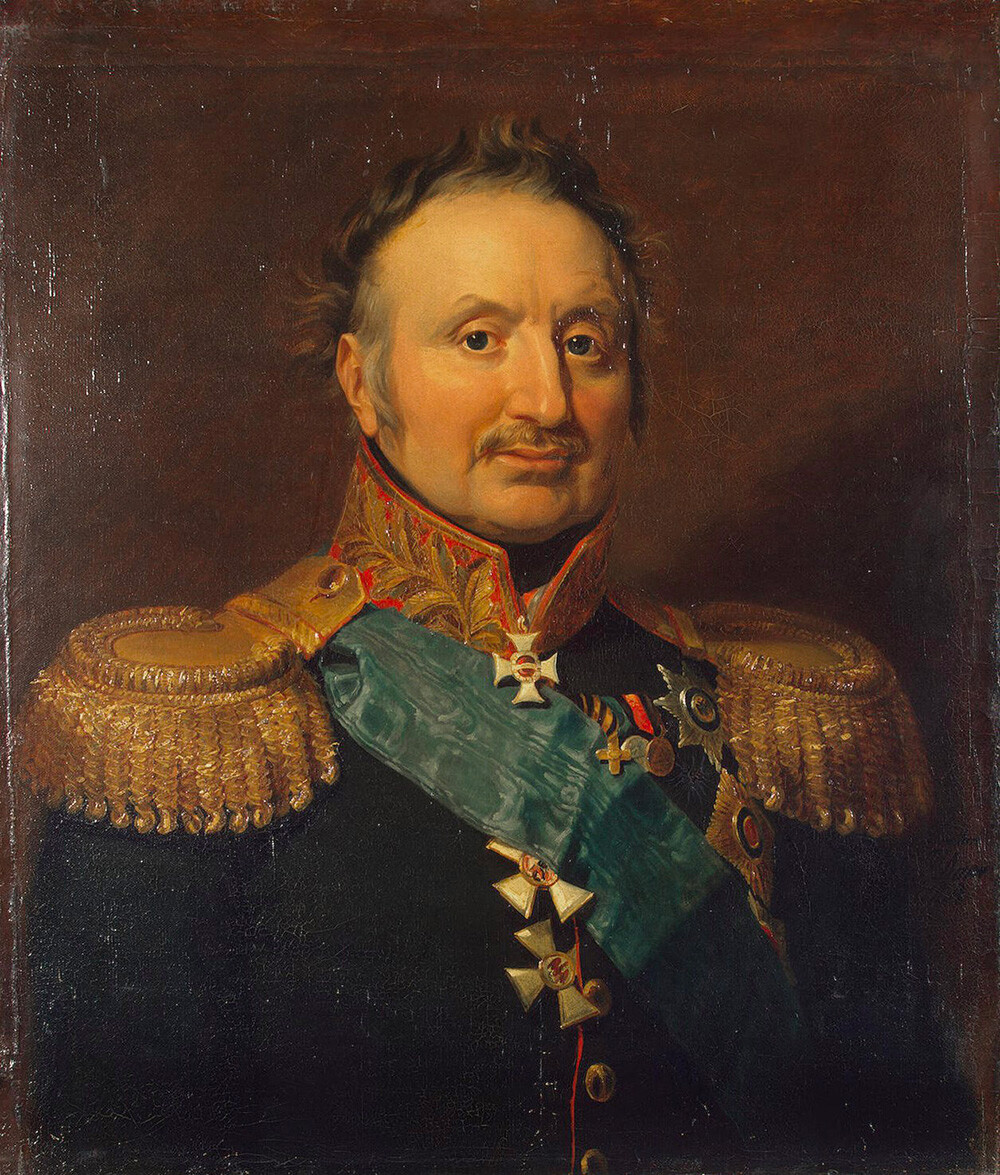 While the bulk of the Great Army was looking for a general battle, the approaches to St. Petersburg were defended only by the 1st Infantry Corps under the command of General Peter Wittgenstein. He had only 18,000 troops and 84 guns under his command. St. Petersburg was potentially threatened not only by the 2nd Corps of Oudinot (about 30,000 men), but also by the 10th Corps of Marshal MacDonald (also about 30,000 men), which was advancing on Riga.

General Wittgenstein, who was 43 years old at the time, had already fought against Napoleon’s forces many times. He realized that his corps could not hold out if Oudinot and MacDonald joined their forces and decided to be the first to attack the troops of Marshal Oudinot, who occupied the village of Klyastitsy, north of the town of Polotsk (contemporary Belarus). 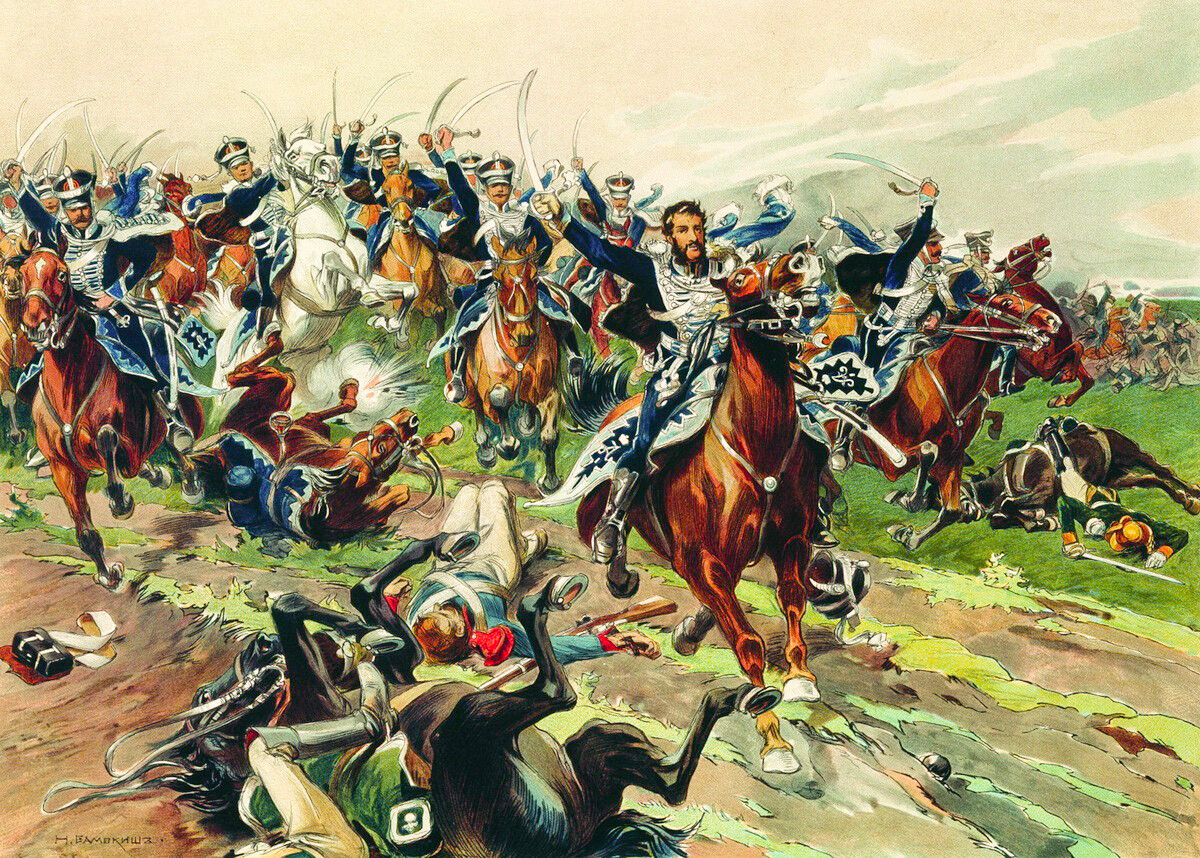 "An attack during the Battle of Klyastitsy," by Nikolay Samokish

Wittgenstein had not only infantry, but also Hussar and Cossack cavalry regiments, which frightened the French with their famed fearlessness and desperate attacks. Under the first furious attacks of the Russians on the positions of Marshal Oudinot’s corps in Klyastitsy, the French retreated behind the Nischa River and only set fire to the bridge they crossed.

But, the Pavlovsky Grenadier Regiment, without hesitation, advanced the river via the burning bridge and launched a bayonet attack – it was followed by other infantry units, while the Russian cavalry crossed the river. The French were swept away by this attack and eventually retreated southward beyond the Western Dvina. General Wittgenstein himself was wounded in the cheek during the Battle of Klyastitsy.

That battle was the first major – and heroic – victory of the Russian army in the War of 1812. The Russians lost more than 4,000 men, but totally demoralized their numerically superior enemy. Emperor Alexander called General Wittgenstein the “savior of St. Petersburg” and awarded him the Order of St. George, 2nd class. 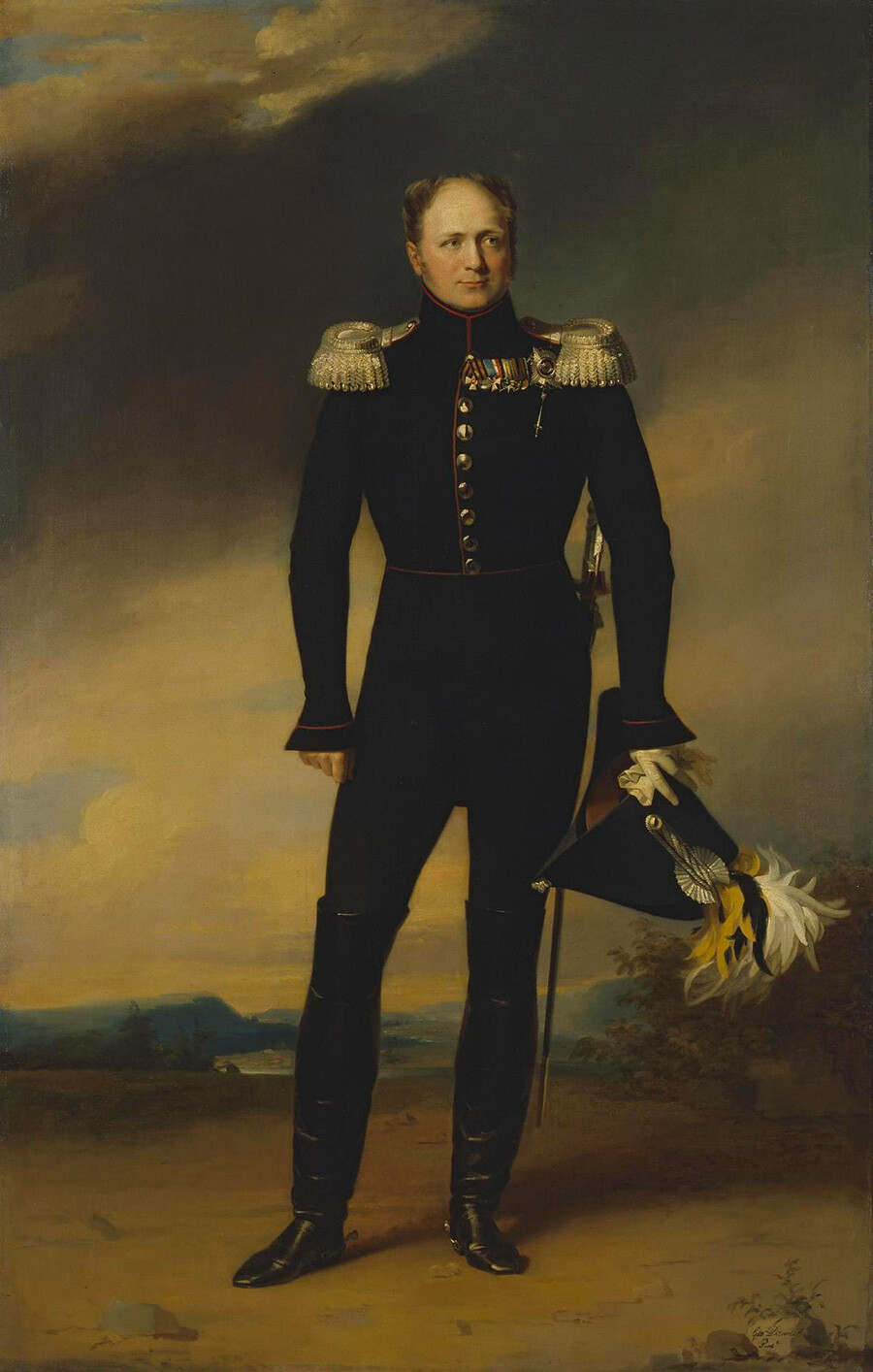 Alexander I by George Dawe

Following the Battle of Klyastitsy, the corps of General Wittgenstein won two more battles against superior French forces. The corps of Marshal Laurent Saint-Cyr was sent to the aid of the troops of Marshal Oudinot, but Wittgenstein and the 12,000 corps of General Steingel, who came to his aid, defeated the combined forces of the French in two battles near Polotsk. It happened on October 18-19, 1812 – the same days when the remnants of the Great Army under the command of Bonaparte began their ignominious retreat from Moscow. Of course, in the First and the Second Battles of Polotsk, the French forces suffered their final defeat. But it was the glorious Battle of Klyastitsy that saved St. Petersburg, and, most likely, Emperor Alexander I himself.