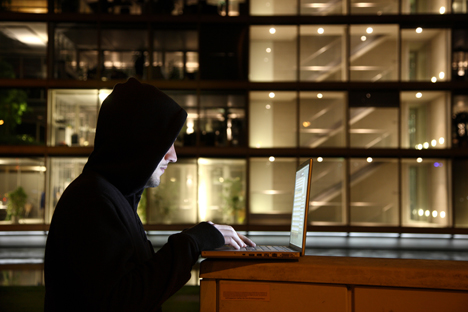 Cooperation between Russia and the United States in the field of cybersecurity is extremely important, above all for strengthening bilateral understanding of the threats and finding methods to counter them. Source: PhotoXPress

On Aug. 1, Russia Direct, a project of RBTH, published the first of its monthly analytical memos. The topic of this RD memo is cybersecurity. Here is an abridged form of the report.

The threat of a cyberwar between the world’s great powers has transformed from myth into reality. While the United States was originally the leader in understanding the unique threats posed by cyberattacks, other nations – including both Russia and China – are now deploying new military and political resources to create strategic cyberwar capabilities. Within the global community, there are two distinct views on how to approach the threat of cyberweapons.

Russia, China, their allies in the Shanghai Cooperation Organization and the Commonwealth of Independent States, as well as some Latin American countries, are proponents of the development of common international legal norms that governments would then be obligated to introduce at the national political level.

In the opinion of these countries, because the information network is a common good, ensuring information security should be analogous to the international approach to environmental problems or regulations concerning outer space.

On the other hand, the United States, the United Kingdom and their NATO allies, have adopted policies on cyberspace that rule out internal state regulation limiting free development of information resources.

The advocates of this approach are convinced that each country should have sovereignty over its information resources. Accordingly, each state reserves the right to react to cyberthreats as it sees fit.

Considering the proliferation of cyberthreats, it is strategically important to resolve the differences between these two positions; cooperation between Russia and the United States is a precondition for achieving a compromise.

The development of a cyberweapon may offer a strategic advantage only temporarily; that is, until the enemy discovers vulnerabilities in its cybersystems and creates a more sophisticated offensive technology.

Cooperation between Russia and the United States in the field of cybersecurity is extremely important, above all for strengthening bilateral understanding of the threats and finding methods to counter them. However, the search for areas of compromise is complicated by several disagreements, especially over the administration of the Internet.

As the problem of cybersecurity emerges as a new priority on the Russian-American agenda, it is important to exert efforts to make the global information space a sphere of cooperation – and not confrontation – between the two countries. Agreements reached by the two countries in June can be regarded as a major success.

However, Russia and the U.S. cannot act alone. One important distinction between the bipolar Cold War of a previous era and the multipolar cyberwar of the digital era, however, is the fact that individual states are no longer the only players in international relations.

Non-state players now have the potential to use cyberattacks and cyberespionage with a potential no less powerful than the leading nations of the world. It is important for the international community to determine at what point cyberattacks from non-states constitute a use of force.

Likewise it is important to have guidelines for an appropriate response to such a serious cyberattack. An enormous amount of work remains to be done to align the national security and cybersecurity interests of both Russia and the U.S. amidst the backdrop of rapid technological change and growing global multipolarity.

Pavel Sharikov is the head of the Center for Applied Research at the Institute for U.S. and Canada Studies at the Russian Academy of Sciences.

To read the entire report, subscribe to Russia Direct.