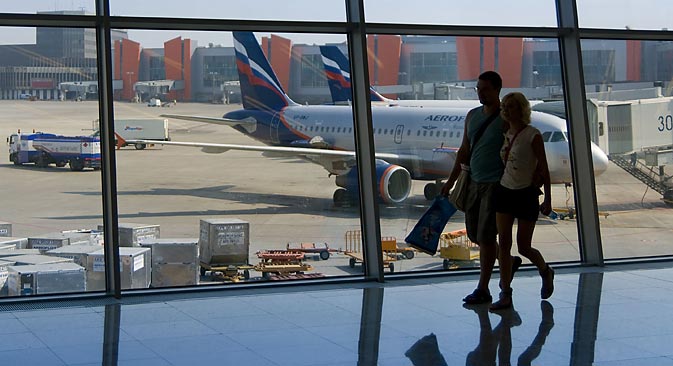 The Government Legislative Commission has approved a draft law aimed at lowering visa barriers that hinder the development of inbound tourism to Russia, said the press service of the Russian Council of Ministers.

According to the draft law, foreign nationals arriving in Russia in transit from specific countries (a list the Russian government will approve) and via international airports for the purpose of tourism will be able to stay in Russia for up to 72 hours without a visa.

Thus, foreigners who fly, for example, from China to Spain through Moscow may be authorized to stay in Russia for 72 hours with no need of obtaining a visa. While waiting for their flights, tourists will be able to leave the airport to visit the city.

For now, the 72-hour visa exemption will apply to tourists flying into Moscow, St. Petersburg and Kazan. These are top cities in terms of the numbers of arriving tourists, not only in Russia but also among European cities. However, in the future, there may be an “implementation of this plan in other regions of the Russian Federation that have high tourism potential.”

Foreign athletes can come to Russia for competitions without visas - decree

Visa regulations and high transport expenditures are among the most complex issues related to developing inbound tourism in Russia. Adopting the draft law will help promote an increase in the flow of inbound tourism through the Moscow transportation hub from 20 percent to 30 percent annually.

The Russian Ministry of Culture is advocating for the introduction of another version of the easing of visa requirements for foreign tourists: visa-free entry into Russia (with the right to stay for up to 10 days) for foreigners planning to attend large-scale, official, cultural and sporting events.

A list of such planned events would be determined by the government and president. At the moment, this idea has not received legislative promotion.

How to arrive without a visa

The government’s proposed plan contains a list of requirements for foreigners who wish to remain in Russia for 72 hours without a visa.

Passengers must have proof of identity, authorization for entry (if required), medical insurance for the duration of the stay in Russia and an agreement for the rendering of tourist services.

A separate requirement is that the tourist must fly out of Russia on a Russian airline. To receive visa-free transit for 72 hours, the passenger must “present an airline ticket from a Russian carrier with the confirmed time of departure to a location in the country listed as no later than 72 hours from the time of the passenger’s entry into the Russian Federation.”