Can Russia and the U.N. save Syria? 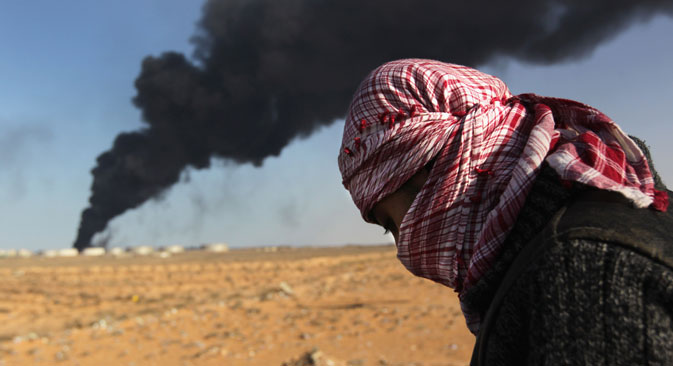 The priority for the session will be building the U.N.’s capacity to respond to existing world threats and prevent future threats from arising — an issue made more pressing by the situation in Syria. Source: Getty images / Fotobank

Despite — or perhaps because of — its touchy bilateral relations with many member countries, Russia maintains that the United Nations is still relevant today.

On Sept. 17, the 68th session of the United Nations General Assembly was opened with a strike of a hammer. John Ashe, who has long served as the permanent representative of Antigua and Barbados to the UN, was chosen to preside over this year’s session.

Ashe sees his main task as designing the global development agenda beyond 2015. His personal interest is in the relationship between man and the environment and the need for sustainable development.

In a statement made just after his appointment, Ashe called this agenda “the boldest and most ambitious project the United Nations has ever had to accomplish.”

Sustainable development will not be the only item on the agenda for attendees of this year’s session, which will have its General Debate between Sept. 24 and Oct. 1.

More: Why Russia is against a war on Syria

During that time, the body will consider more than 160 issues, ranging from the settlement of regional conflicts to problems of nuclear disarmament to the status of objects of cultural heritage that have been taken from one country to another.

Presidents of 70 countries as well as 42 Vice-Presidents and Prime Ministers are expected to take part in the session.

The priority issue for the session will be building the UN’s capacity to respond to – and prevent – the threats facing the world today. This issue has been made more pressing by the situation in Syria, where armed conflict has been going on for more than two-and-a-half years.

The Syria situation in particular is likely to be discussed at a special ministerial meeting held by the Security Council. A source in Russia’s permanent mission to the UN, who preferred to remain anonymous, said that this meeting may be a precursor to the anticipated Geneva-2 peace conference on Syria. Russia and the United States agreed to the meeting in May, but a date for the conference has not yet been set.

The ongoing debate over the use of chemical weapons in Syria in August has made the situation more complicated. Russian President Vladimir Putin has said that Russia is open to the use of force in Syria, if there is objective evidence proving the source of the chemical attack and that evidence is presented to the UN Security Council.

Russia insists on impartial probe into Aug 21 events outside Damascus, believes this was provocation - Lavrov

“We will be convinced by a deep case study of the issue and the presence of evidence that would have been obvious and which would clearly prove what devices were used and who applied them. After that, we will be ready to act in the strongest and serious way," Putin said.

The Kremlin and the Russian Foreign Ministry have repeatedly reiterated that Russia’s position is not a defense of Syrian President Bashar al-Assad, but the "rules and principles of international law, the modern world order," in Putin’s words.

Mikhail Margelov, special presidential envoy for the Middle East and the chairman of the Federation Council Committee for International Affairs, who will be a part of the Russian delegation at the General Assembly, described Russia’s position more fully in an interview with RBTH.

Margelov said that Russia’s hesitance to accept the word of the United States on the use of chemical weapons in Syria is rooted in the assertions that led to the invasion of Iraq in 2003.

At the time, lies about weapons of mass destruction in Saddam Hussein’s arsenal were the pretext for U.S. action. “Now,” said Margelov, “on the same shaky grounds there is a three-month operation against Syria being prepared, and in violation of international law, by the way.

The core of Russian foreign policy consists of following this law, according to which military actions bypassing the UN Security Council are not acceptable.” Margelov added, “In recent history, no U.S. military intervention, whether it be Iraq or Afghanistan, has resulted in peace or in democracy in any of these countries."

Russia will not fight with anyone over Syria

Foreign Minister Sergei Lavrov will present Russia’s official position at the General Assembly. As part of his address to the representatives, Lavrov is expected to reiterate Russia’s support for the UN as an organization, in contrast to those who have called it an institution of a bygone era that cannot effectively respond to the world’s current challenges.

“The quiet and harmonious work of the UN as a major platform for dialogue is a long-term vaccination against the virus of anarchy in international relations,” Lavrov said, describing his perspective on the UN.

In general, the work of the 68th session of the General Assembly is likely to be tense as ever, but for his part, John Ashe hopes that its outcomes will be significant.

“In order to succeed, the General Assembly needs to be equally bold, ambitious and collaborative. Failure is not an option. Let us show the world that we can be bold and decisive in our actions,” said Ashe.