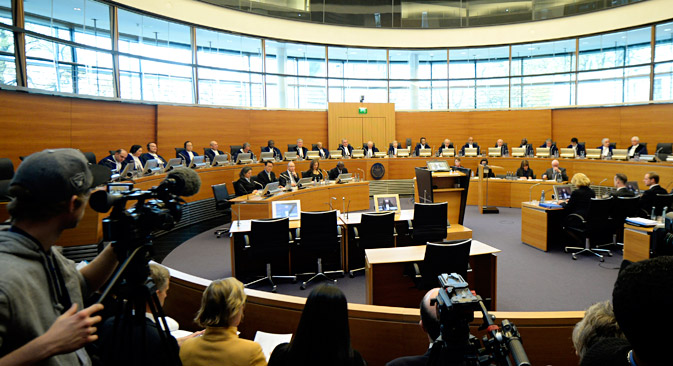 The International Tribunal on the Law for the Sea ruled that Russia must release the Arctic Sunrise crew. Source: Reuters

International court rules against Russia, but the country is unlikely to respond to the ruling by the Dec. 10 deadline.

On Nov. 22, the International Maritime Tribunal handed down its judgment on the Arctic Sunrise case. The court ruled that the Russian side should release the icebreaker and the arrested activists, but added that the Netherlands must pay a bail of € 3.6 million ($4.8 million) to Russia.

Sergei Ivanov, chief of staff of Russia’s presidential administration, said that Russia would not react at all to the Tribunal's decision.

The hearing before the tribunal was initiated on Nov. 6 by the government of the Netherlands, which requested that the actions of the Russian authorities be recognized as illegal; that Russia return the Arctic Sunrise, which is currently impounded at the port of Murmansk; and that Russia stop the prosecution of environmentalists under charges of piracy.

The Russian side, for its part, refused to participate in the trial since it did not agree that the case was covered by the United Nations Convention on the Law of the Sea.

Shunji Yanai, the chairman of the International Marine Tribunal, read the verdict himself and gave the countries 10 days to carry out the decision. After the Netherlands pays the bail, Russia is requested to immediately release both the ship and the remaining detainees and allow them to leave the territory of Russia.

Dmitry Labin, a professor of law at the Moscow State Institute of International Relations (MGIMO), doesn’t see any financial consequences for Russia if the country fails to comply with the order by Dec. 2.

"If Russia refuses to fulfill the requirements of the International Tribunal for the Law of the Sea regarding the Greenpeace case, it will not entail any sanctions. International law does not provide punishment for insubordination,” Labin said.

"International life is such that there is no body that could monitor, control or, moreover, punish. It is beyond the competence of the tribunal to keep track of fulfillment of its decision. The function of the tribunal ends with the final judgment. States themselves are designed to comply with international law, otherwise other states may undertake any retaliatory action," said Labin.

There are no precedents of any state refusing to obey the decisions of the International Maritime Tribunal. However, other international courts have occasionally encountered this type of refusal to comply with a judgment. In 1986, the International Court of Justice handed down a decision ordering the United States to pay reparations to Nicaragua for supporting a rebellion in the country. 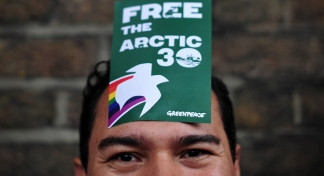 Other aspects of the case, including whether Russia violated paragraphs of the UN Convention on Maritime Law on freedom of navigation, will be argued later.