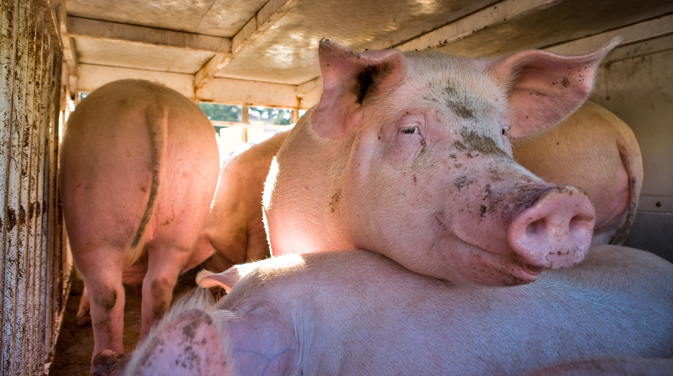 The ASFV epidemic has significantly exacerbated the already high risks of investing in the Russian swine industry. Source: AFP

Swine virus prompts rejection of pork from the EU; U.S., Brazil and domestic manufacturers could benefit.

Russia has banned pork imports from the EU over outbreaks of African Swine Fever Virus (ASFV) in several European countries. The ban went into effect on Feb. 6.

According to Alexei Alexeyenko, an official representative of the Russian veterinary watchdog Rosselkhoznadzor, the ban applies to both raw and processed meat, although there is an exception for sausages and cured meats that have been thermally treated. The ban also applies to raw materials used in the manufacture of animal feed.

The pork ban will remain in force until the EU identifies ASFV-free areas that could supply meat and prepares corresponding warranty certificates. This may take several months at the least.

What integration with the EU means for Putin

"Rosselkhoznadzor's demands are justified," said Vasily Yakimkin, an analyst with international financial holding FIBO Group. "Relaxing oversight would result in a flood of suspicious pork and associated products onto the Russian market."

There are no effective preventive measures against the ASFV virus, and treating infected animals is forbidden. Any outbreaks result in the blanket culling of all swine, infected and uninfected animals alike, within a radius of 20 km (12.4 miles).

Viktor Linnik, president of Russia's largest meat producer and importer Miratorg, said that the current situation is the fault of the EU, which failed to take any serious protective measures after the 2007 ASFV outbreak in the Caucasus region. Sergei Yushin, head of the executive committee at Russia's National Meat Association, agrees that the EU should have taken action, adding that at the time, the Europeans declined to adopt a joint anti-ASFV program with Russia. Rosselkhoznadzor head Sergei Dankvert said that the EU should identify those countries in which the risk of ASFV contamination remains.

Dankvert added that for the time being, Russia might lift the current restrictions on pork imports from North America and Brazil; a decision will be made later this month.

The new ban could be a move to prop up Russian pork manufacturers.

ASFV is a serious problem in Russia itself. Anna Yevangeleyeva of the meat industry news portal Meatinfo.ru has called the situation nothing short of a full-blown epidemic. In the first nine months of 2013, 121 ASFV outbreaks were registered in Russia, compared to just 123 in all of 2012. However, Russia benefits from its cold climate – the infection spreads mostly in the summer months. According to Rosselkhoznadzor reports, more than 900,000 swine have been destroyed during the seven-year-long  anti-ASFV campaign in Russia. Associated damages are estimated at 25-30 billion rubles ($760-860 million).

The ASFV epidemic has significantly exacerbated the already high risks of investing in the Russian swine industry. According to the National Union of Swine Breeders, more than 300 billion rubles was invested in the sector in 2006 through 2012. Two-thirds of this sum is loans, which have to be paid back with interest. The environment for investors worsened dramatically in 2012, when grain prices in Russia rose by a whopping 80-100 percent, while commodity swine prices dropped by 30 percent. "The situation was exacerbated by a sharp reduction in the government's ability to protect the domestic meat market because of to the country's new liabilities as a member of the WTO and the Customs Union," said Yakimkin.

As a result, domestic pork production slowed down significantly. As of December 1, 2013, the country's livestock of swine had grown by just 2.3 percent year-on-year.